London architecture office Emulsion has built a trio of homes around the structure of a former corner shop, including an apartment for studio director Michael Deeley and his partner.

Albany Road is Emulsion‘s first self-initiated development and is situated directly opposite the newly redeveloped Burgess Park in Southwark. 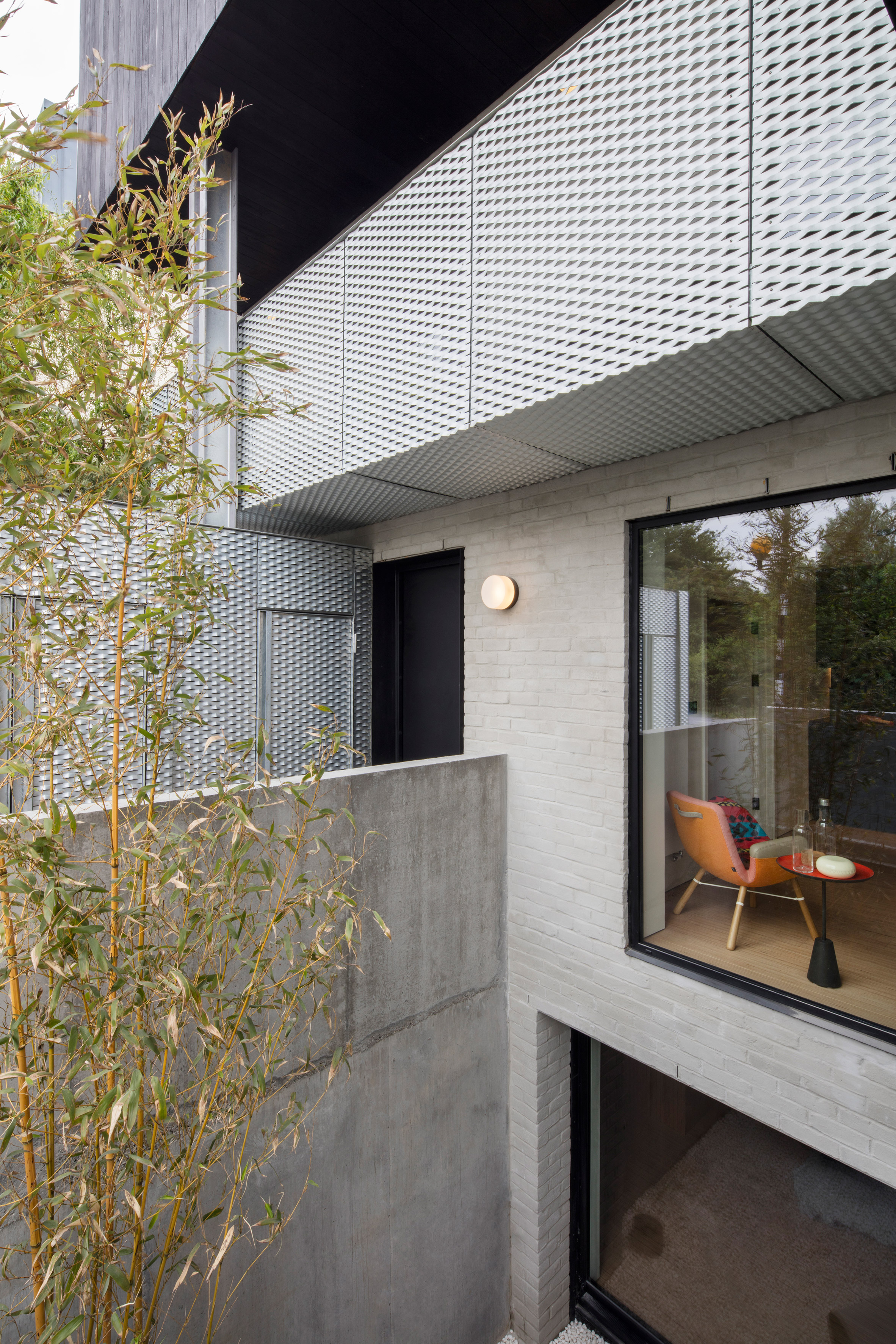 The site was previously home to a 1950s building containing an off-license. Rather than demolishing this old structure, the architects chose to retain and build over it as part of a more sustainable strategy of adaptive re-use.

They then selected an industrial-inspired material palette, including metal mesh and steel beams, to differentiate between the old and new parts. 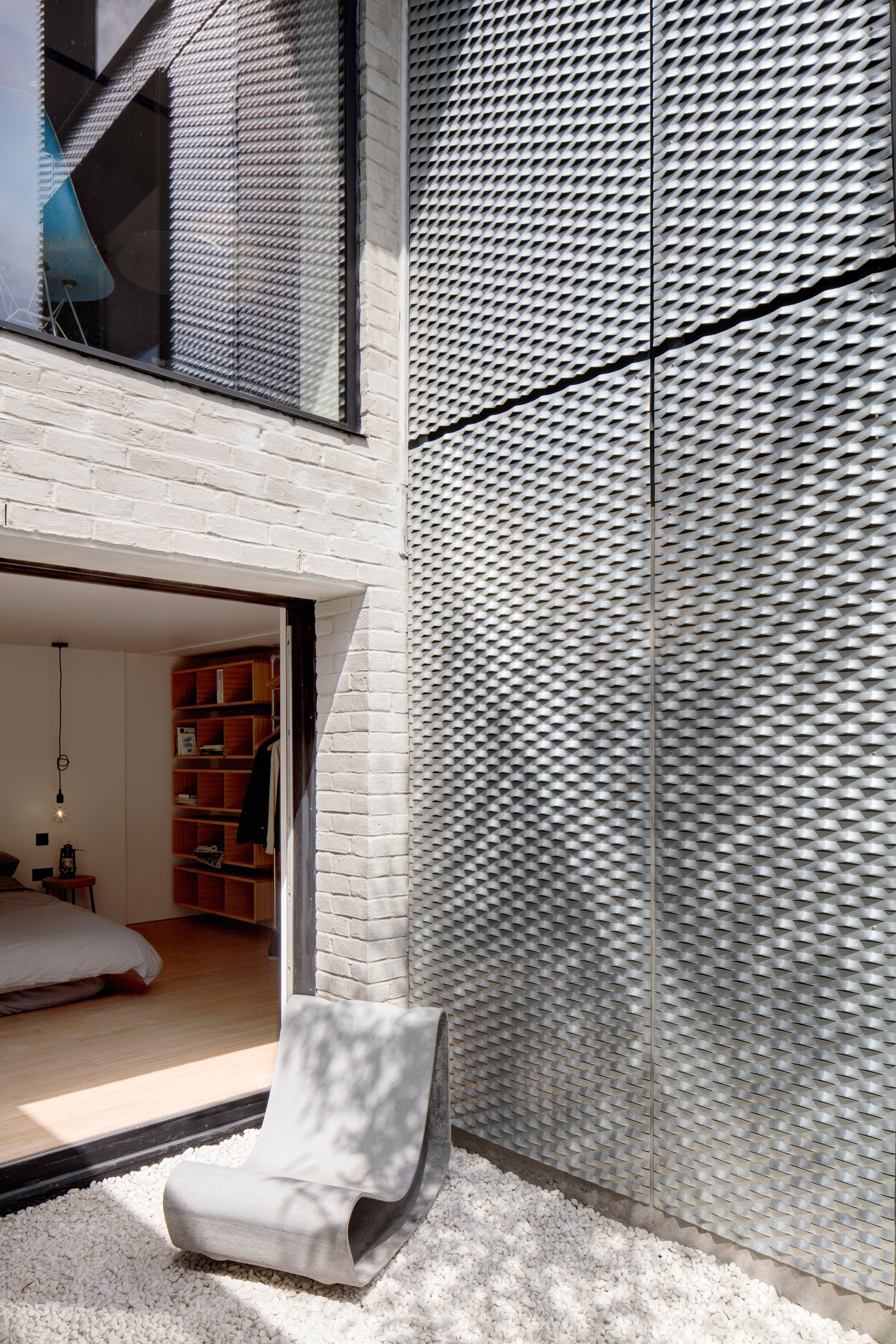 The new building contains three apartments, divided over four storeys. Its position facing the park made it possible to also incorporate various outdoor spaces and large windows looking directly onto the nearby green space.

“The challenge was to create three spacious, light-filled apartments on a restricted urban site with neighbours on two sides,” said the Emulsion team.

“This was achieved through the use of large sliding pocket doors, roof lights and full-height windows to increase a sense of openness between spaces.” 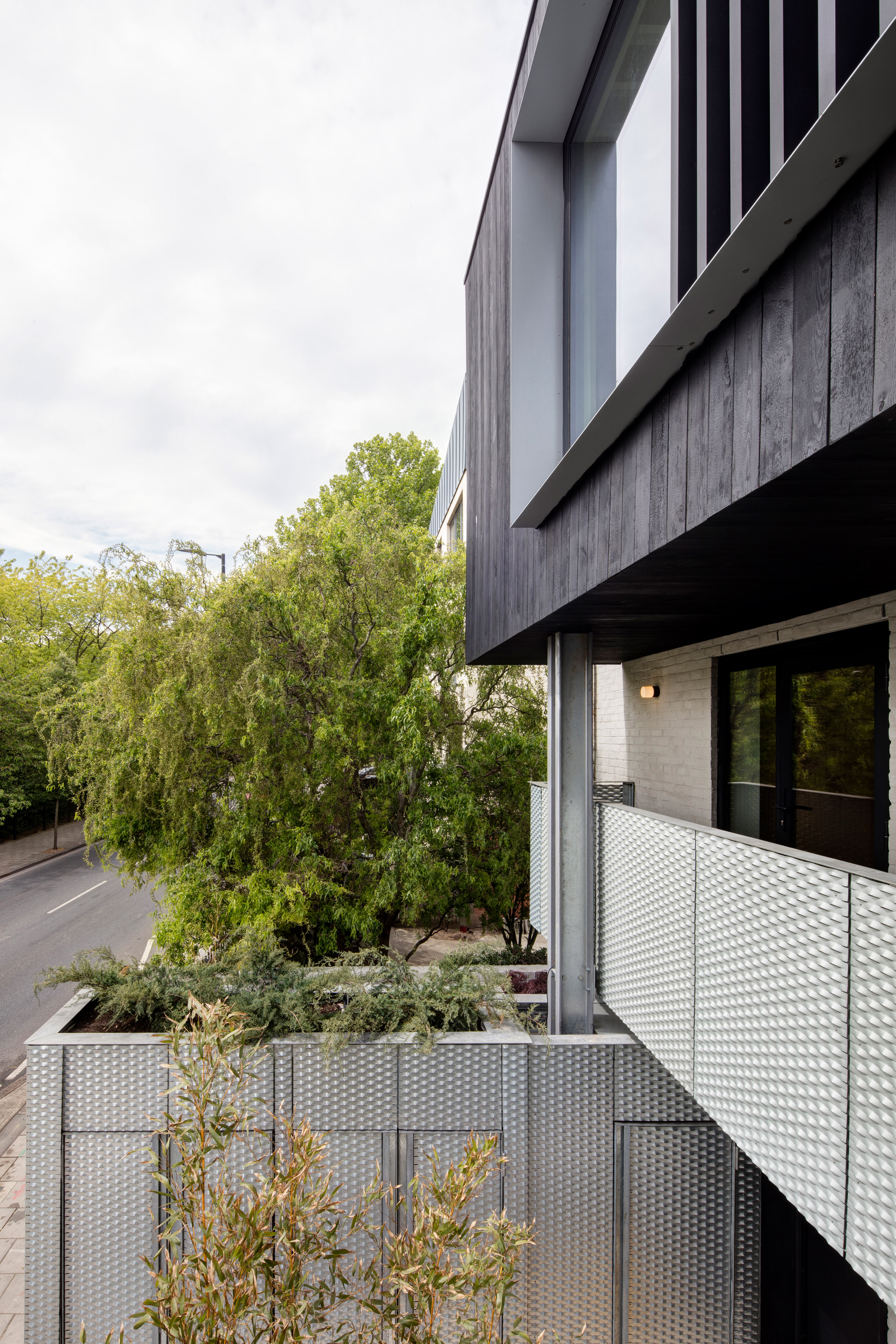 The brickwork features on the existing building. This is joined by a two-storey side extension clad in expanded anodised-aluminium mesh, which encloses balconies, as well as bin and bike stores.

Charred timber clads the roof extension, which projects beyond the facade of the original brick structure to shelter the first-floor balconies, and is supported by a pair of galvanised-steel columns. 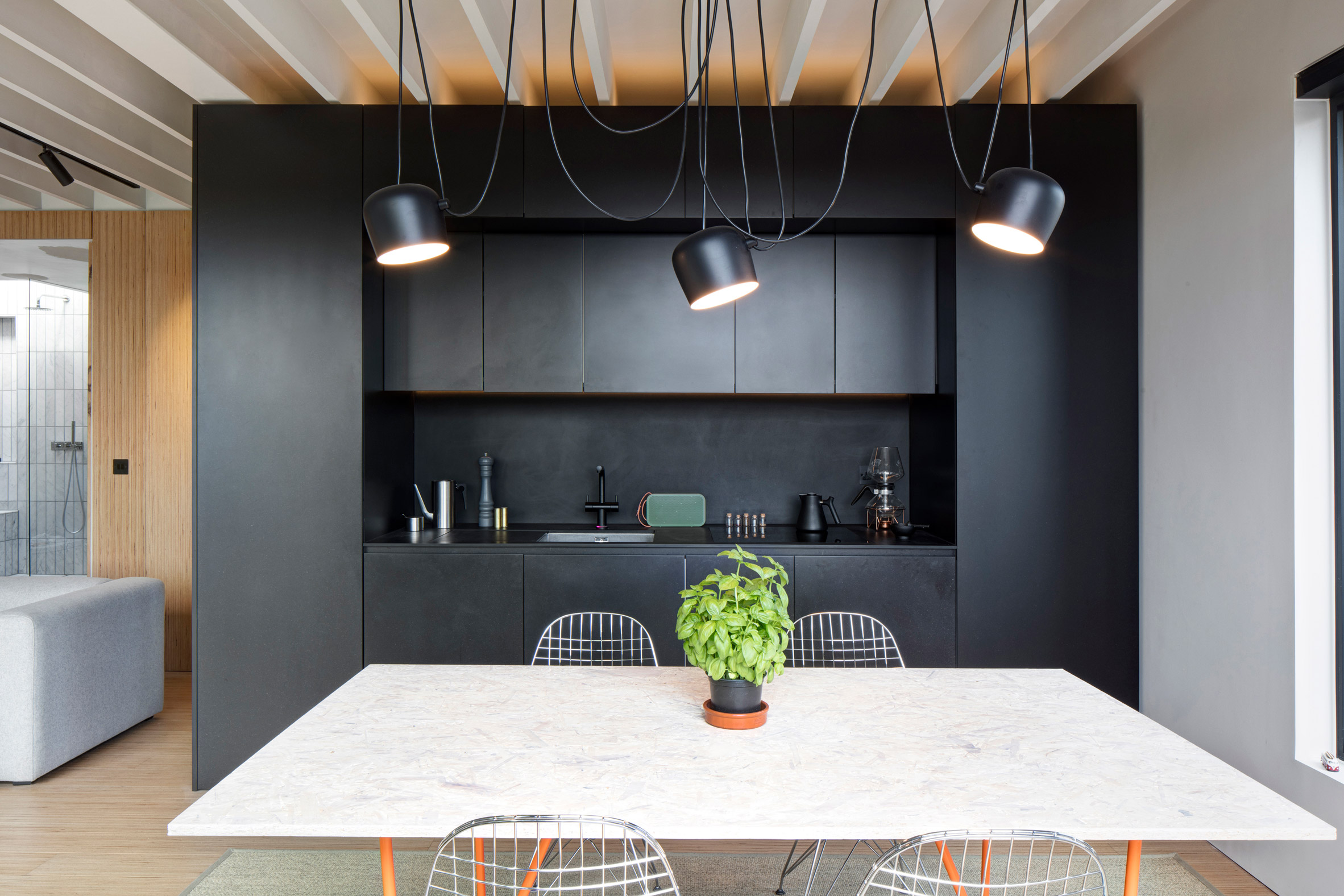 The materials reference the area’s industrial heritage and lend the exterior a bold, graphic quality. The monolithic forms and robust textures are softened by the integration of carefully considered planting.

The interior spaces display the same graphic quality and combination of materials as the exterior, with the use of blackened timber, sliding screens and simple wooden surfaces inspired by Deeley and his partner’s travels to Japan. 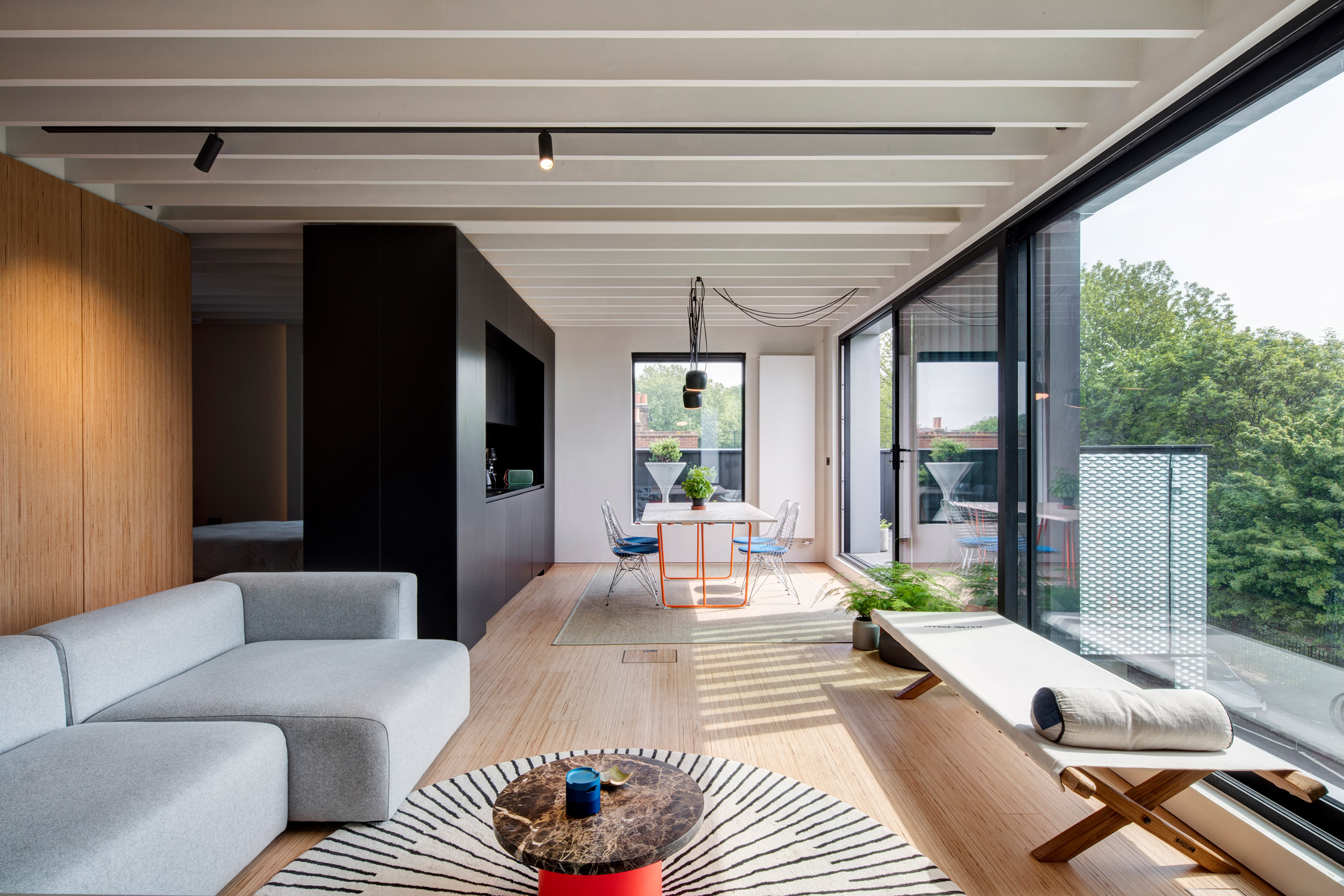 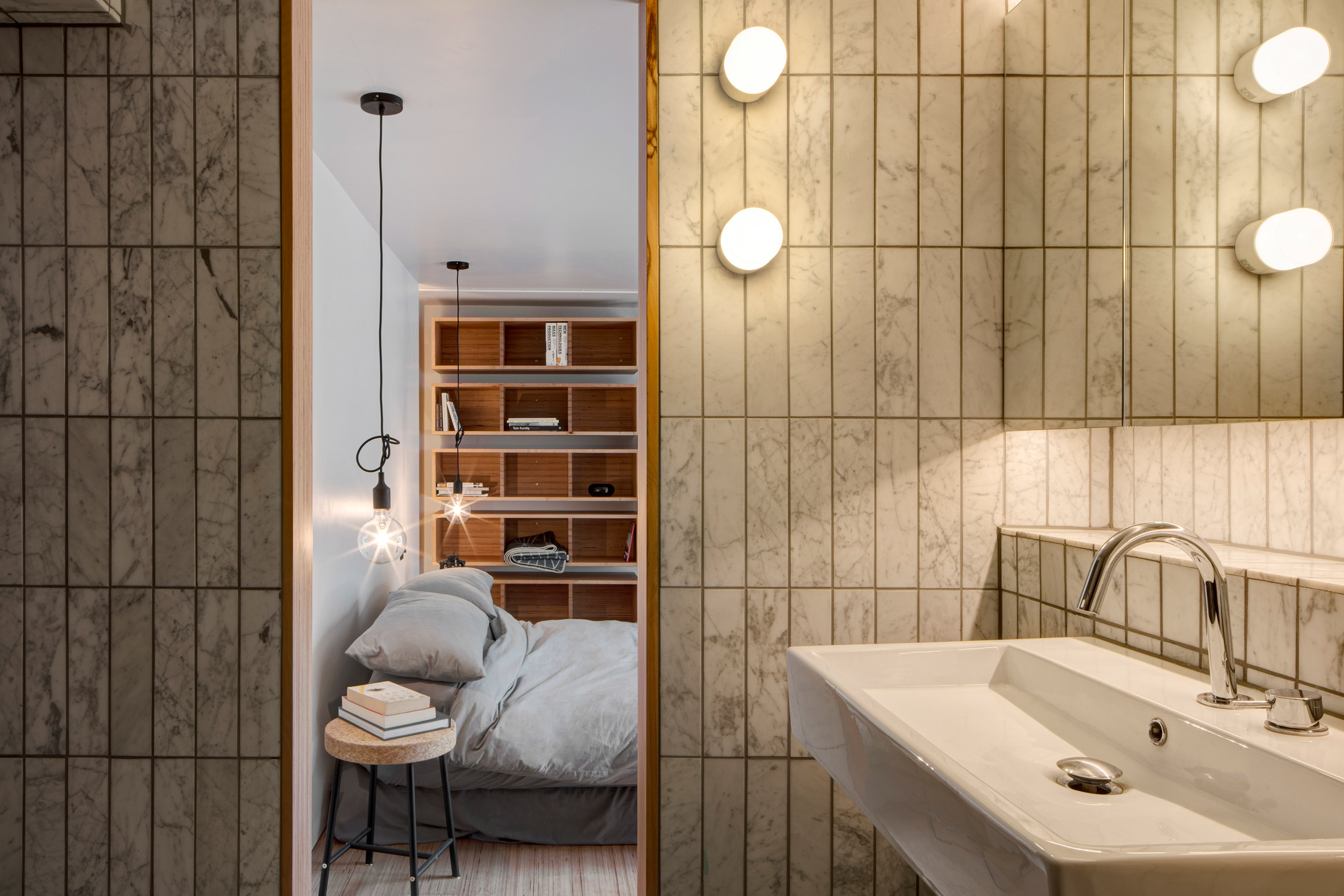 A wet room clad in marble tiles occupies a space in the basement that was previously used as a barrel drop for the off licence.

The basement also accommodates a concrete-lined lightwell containing a giant bamboo plant, which allows natural light to reach an en-suite bedroom on this level. 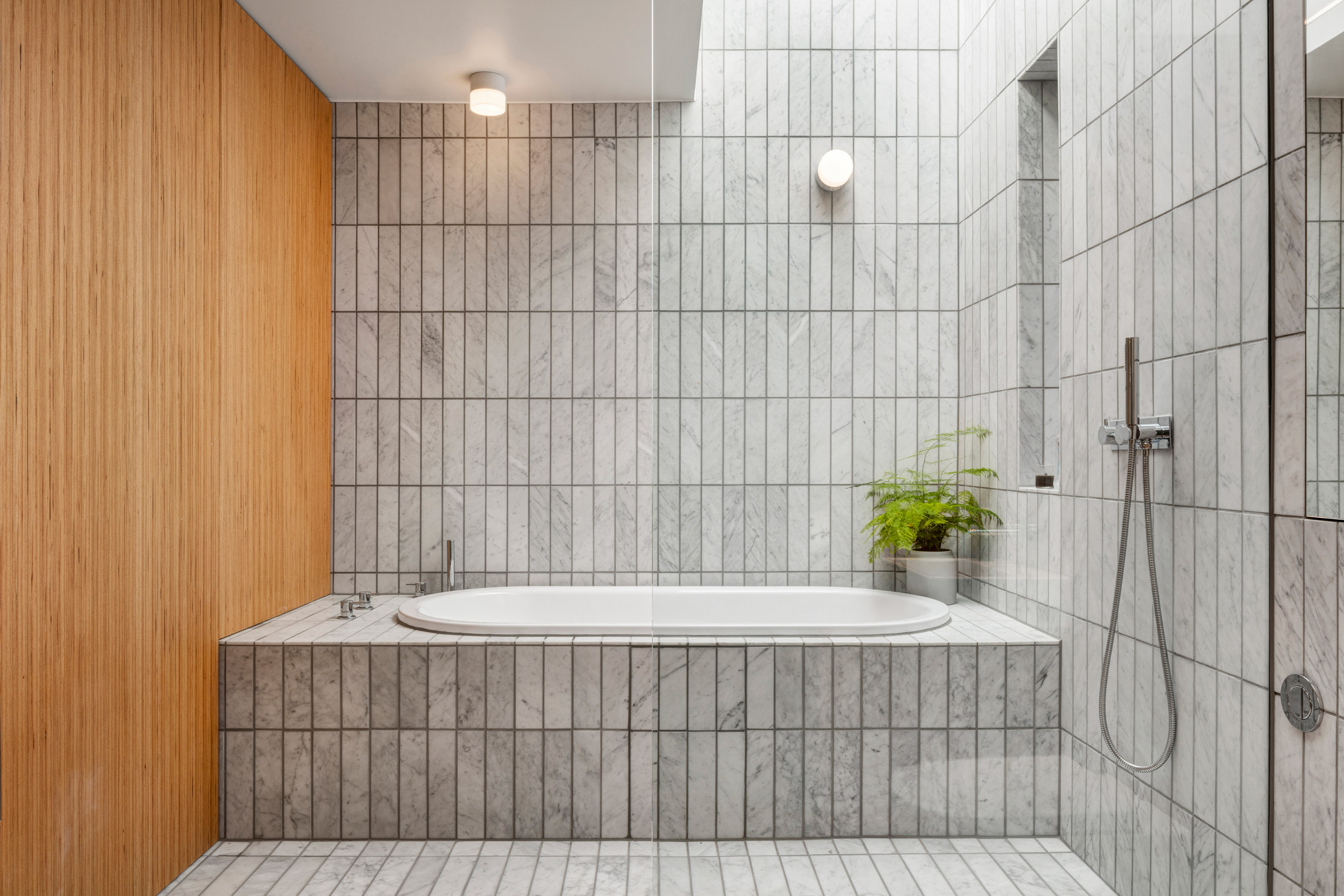 Deeley set up Emulsion in 2009, alongside co-director Yen-Yen Teh. The studio’s other projects include apartment renovation in London’s iconic Barbican Estate.

Photography is by Ed Reeve.