American studio Lot-Ek has used brightly painted, metal cargo containers to create a vertical enclosure and a rooftop penthouse for an urban residence owned by a creative couple in New York. 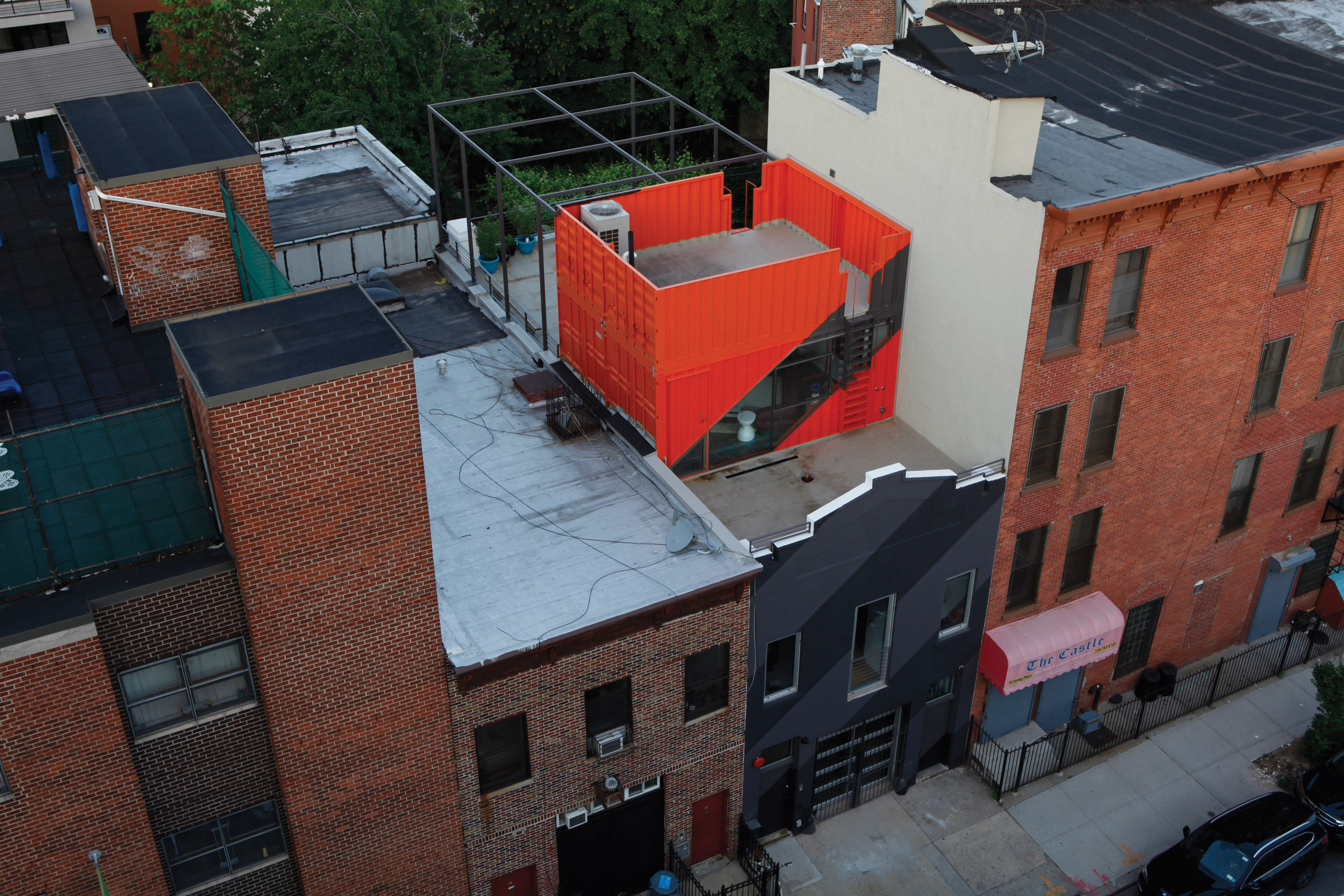 The Irving Place Carriage House is situated on a leafy street in Brooklyn‘s Clinton Hill neighbourhood. An artist and gallery owner, and their daughter live in the residence, which dates to the 1930s and is surrounded by low-scale, brick buildings. 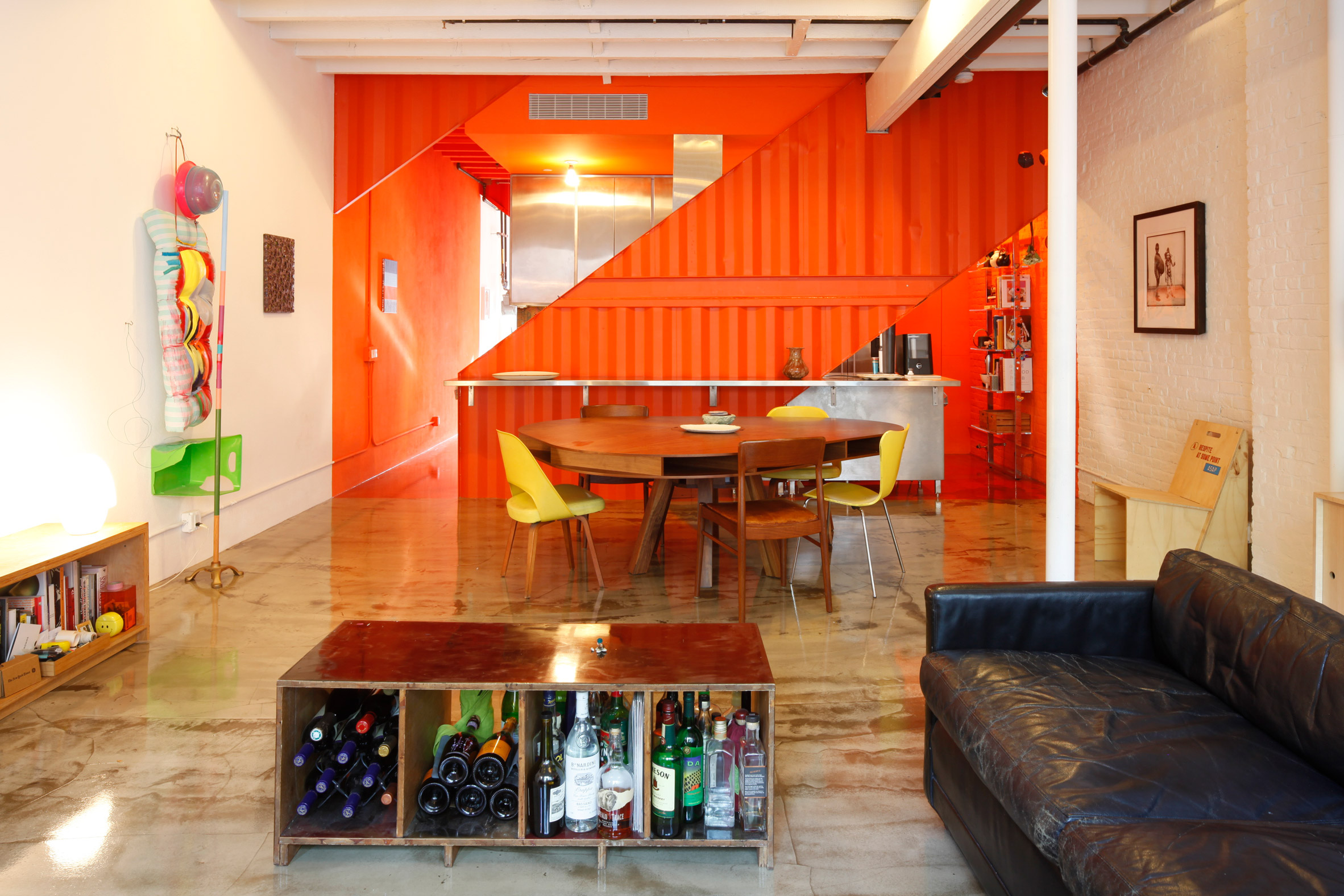 Lot-Ek, a New York-based studio, was hired to revamp the two-storey home and to add a penthouse structure on the roof. The firm is well known for using shipping containers to create a range of projects, from pop-up shops to residential buildings. 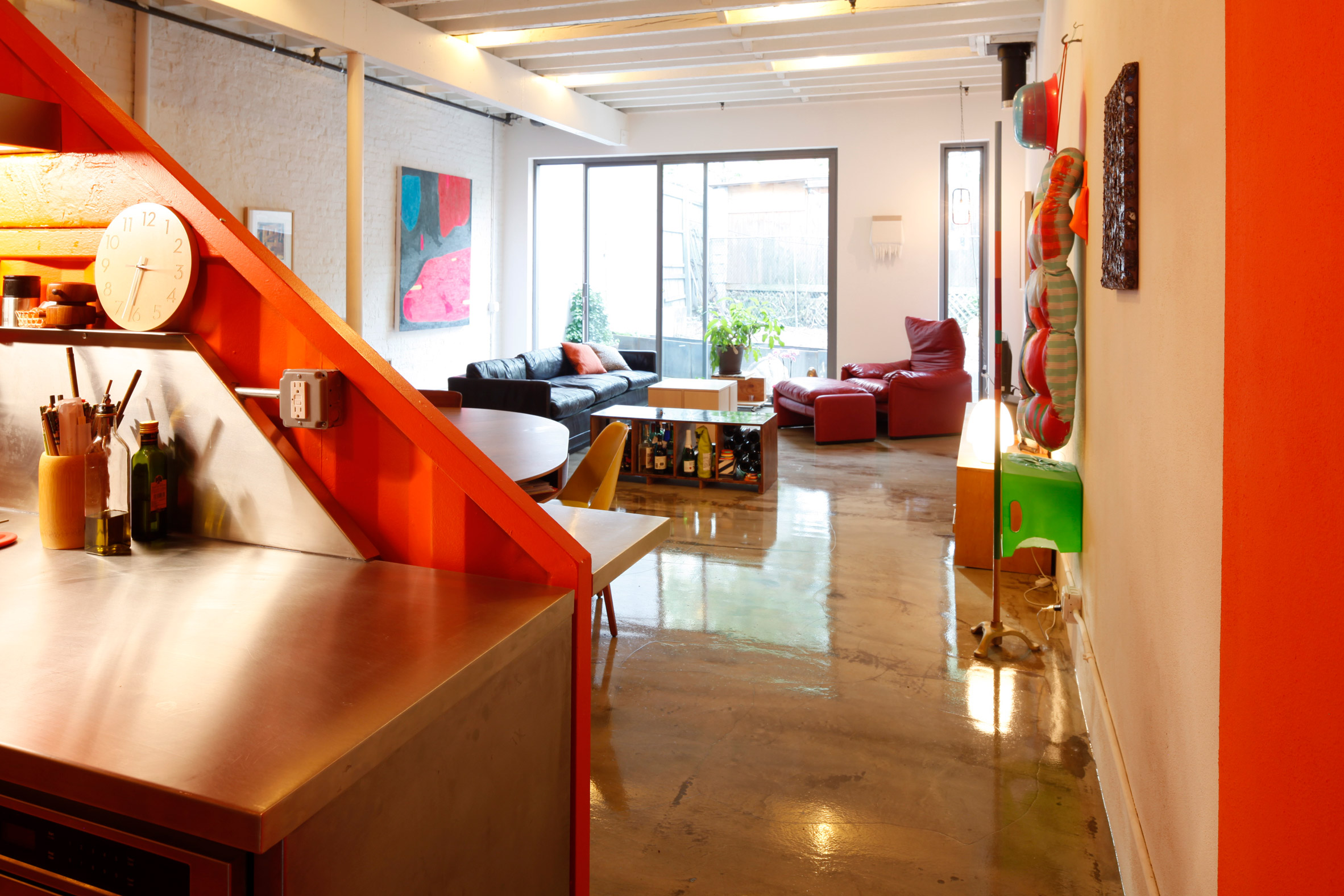 For the New York carriage house, diagonal black and grey stripes were painted onto the facades. An original garage door and stepped roofline were retained, adding to the home’s distinctive appearance. 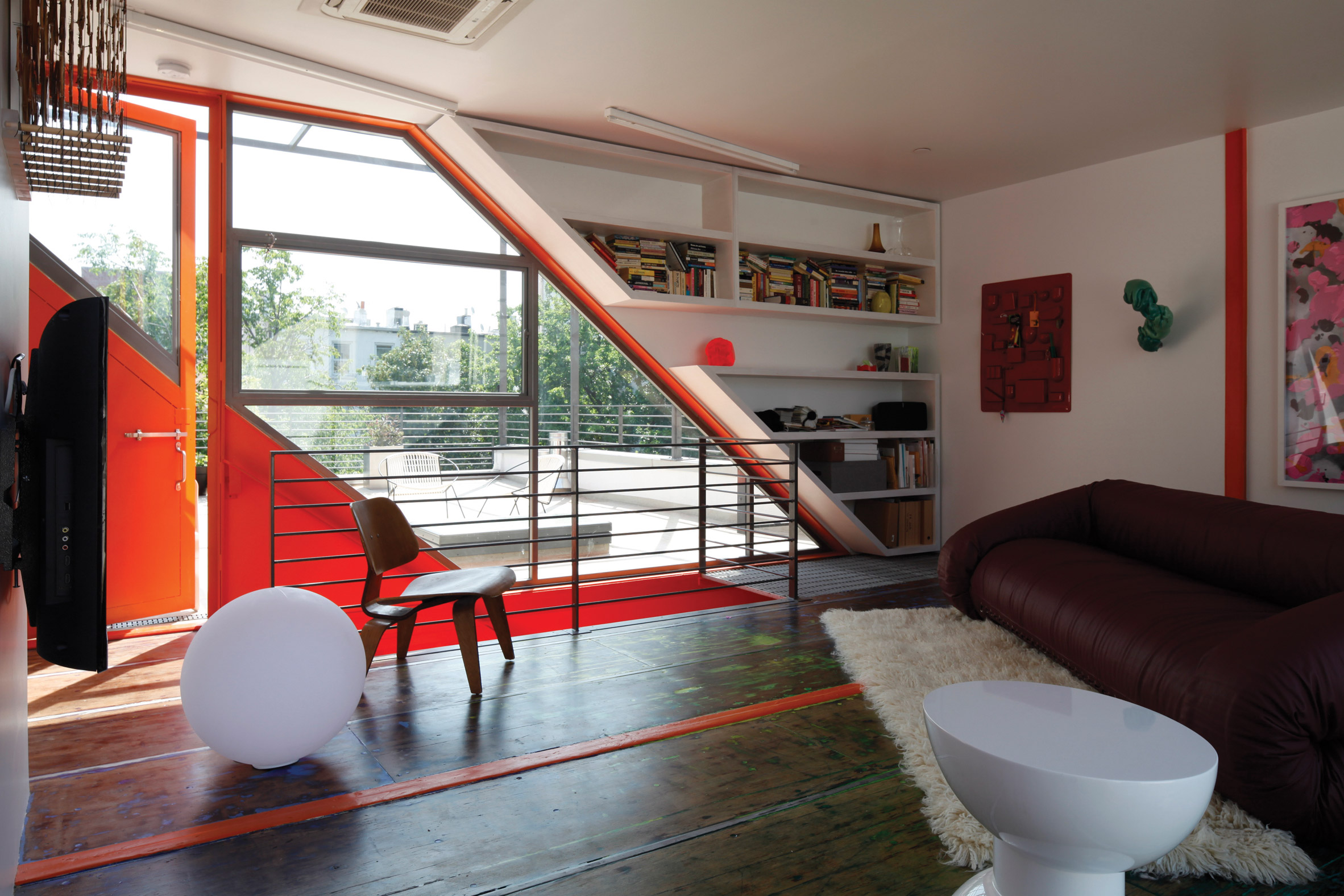 Within the brick-walled dwelling, the architects inserted a bright orange, vertical volume that serves as an organising device. On the ground level, it separates the foyer and mudroom in the front of the home from the living area in the rear. On the second floor, it acts as a partition between the master bedroom and child’s area. 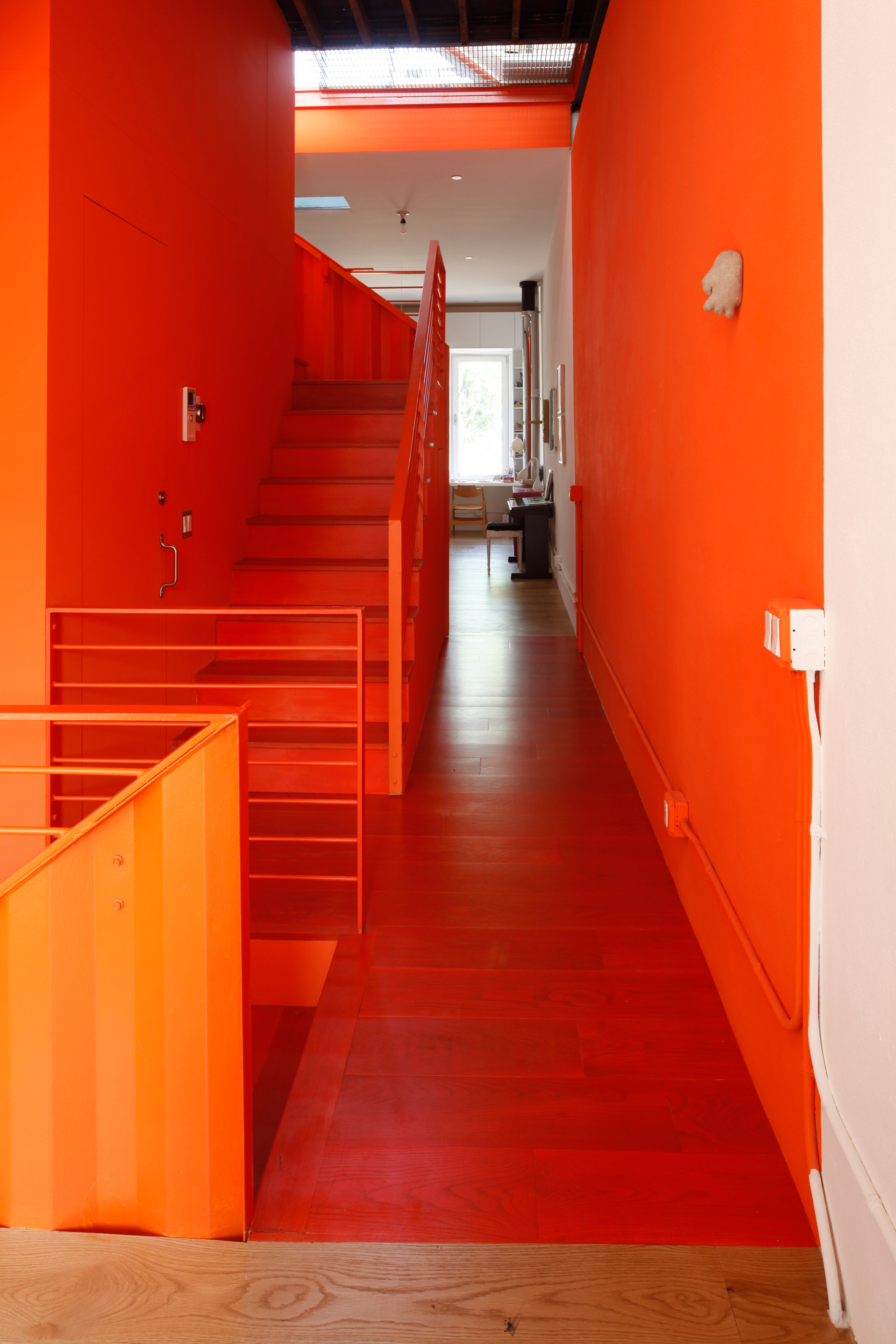 The vertical enclosure, which is partly made of shipping containers, also has a programmatic purpose. The stairwell, kitchen and bathrooms, along with mechanical equipment, are all housed within the central structure. 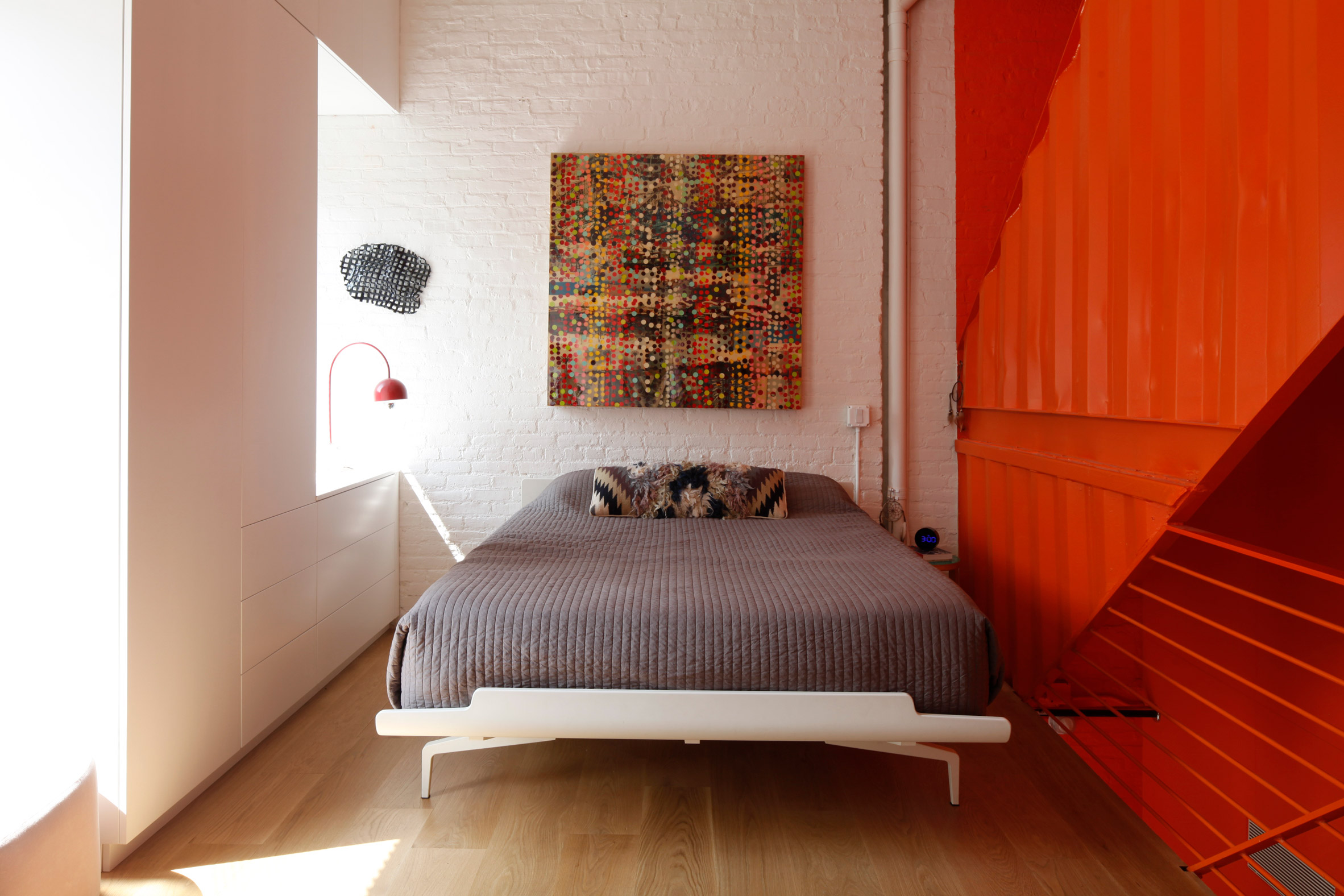 “The space is organised through the insertion of a single volume that – as a jellyfish, resting its bell or umbrella on the roof – crosses with its tentacles the entire house, extending from the roof to the ground,” the studio said. 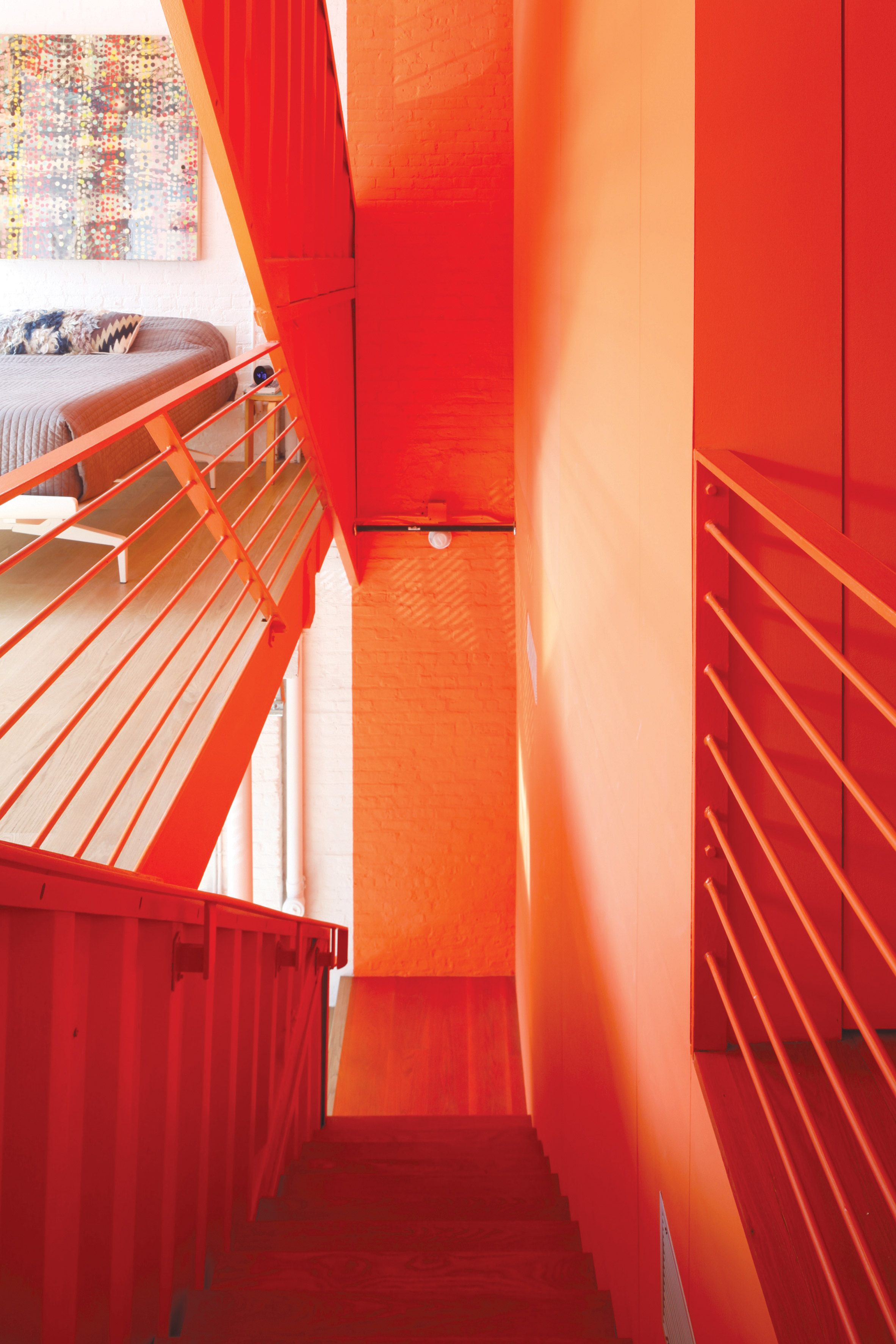 The team used a range of materials and decor throughout the home. Polished concrete floors are paired with wooden and leather furnishings. Colourful artwork is affixed to white walls, and bikes dangle from exposed ceiling beams. 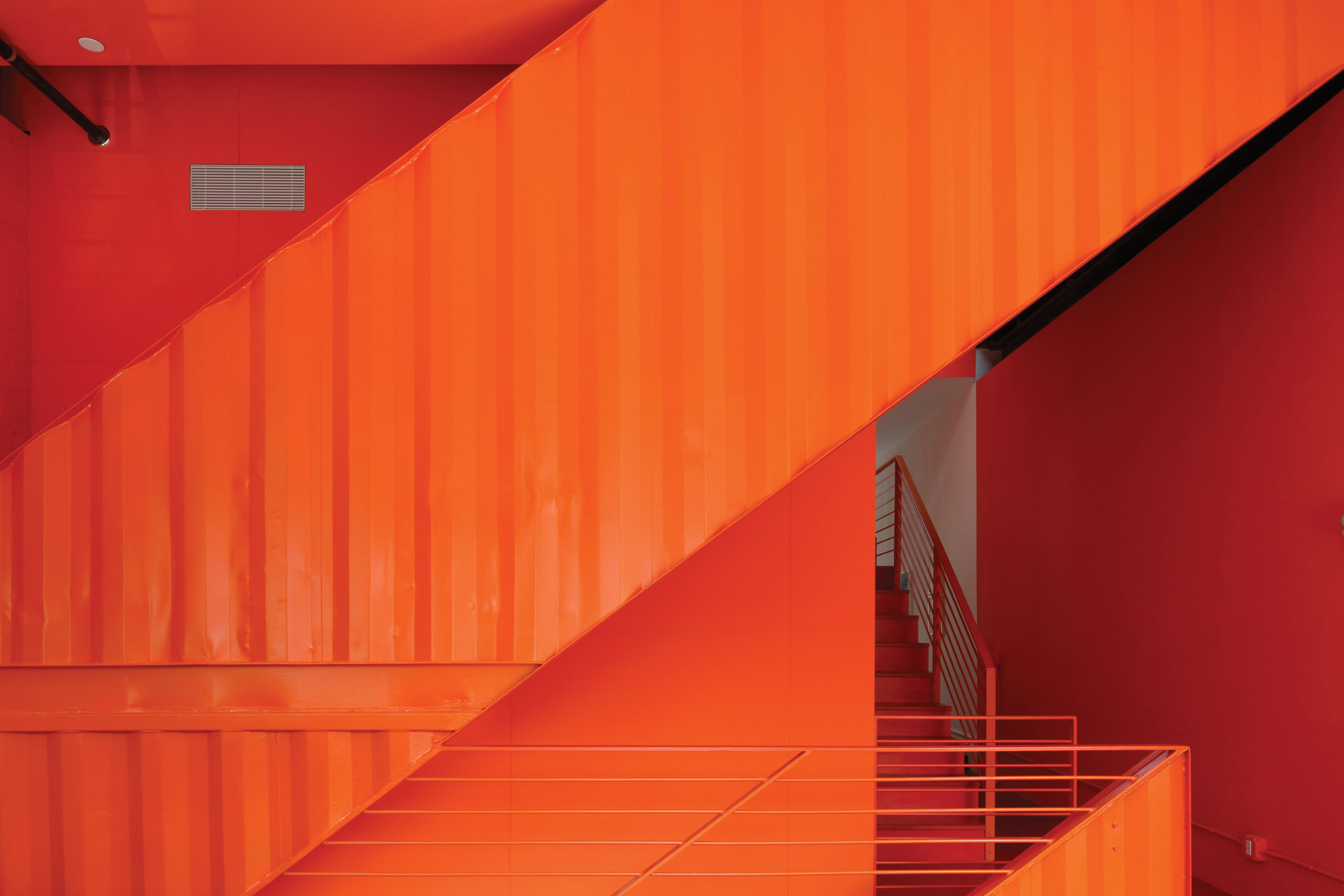 For the rooftop penthouse, four shipping containers were merged to create a cubic volume. Portions of the containers’ corrugated walls were removed and filled in with diagonal bands of glass. 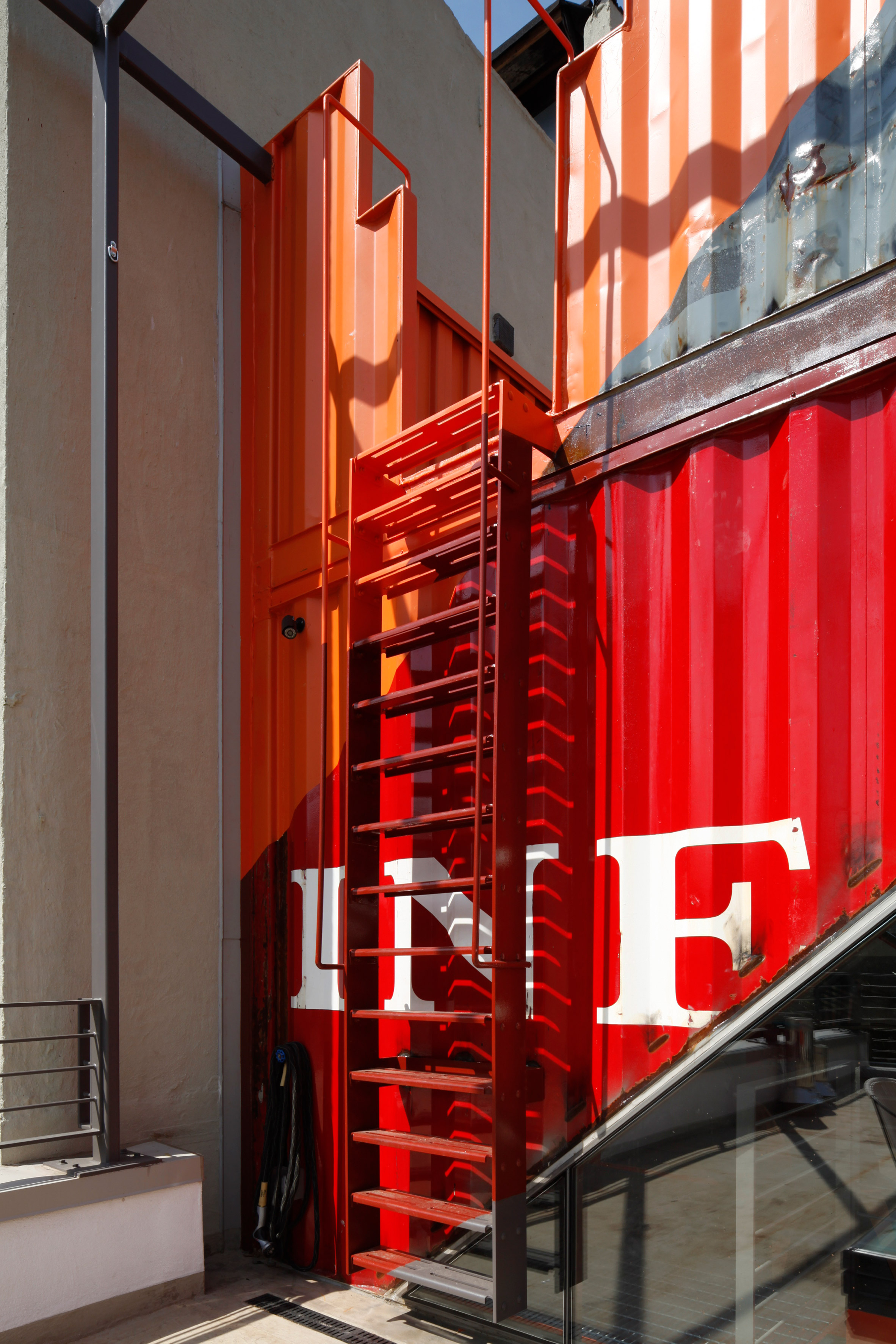 The team painted the enclosure red and orange, although it left portions of the walls untouched, revealing their industrial history. Inside, the penthouse features weathered wood flooring, a triangular bookshelf and an eclectic mix of decor. 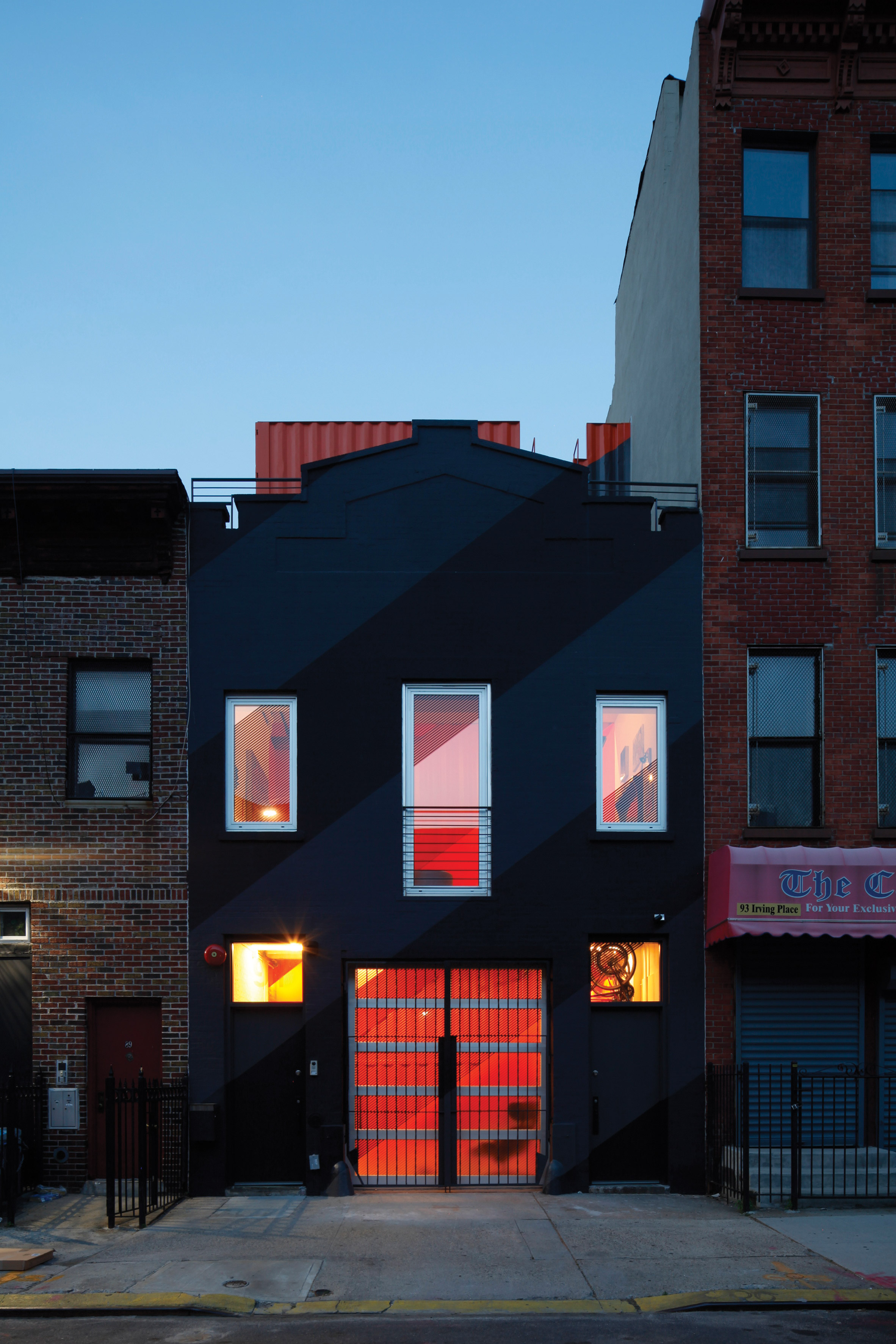 Shipping containers have become a popular material for architects and designers. Bjarke Ingels Group used them to create a floating student housing complex in Copenhagen, and Canadian company Modpool has converted them into pools and jacuzzis that can be installed above or below ground.

Photography is by Danny Bright.