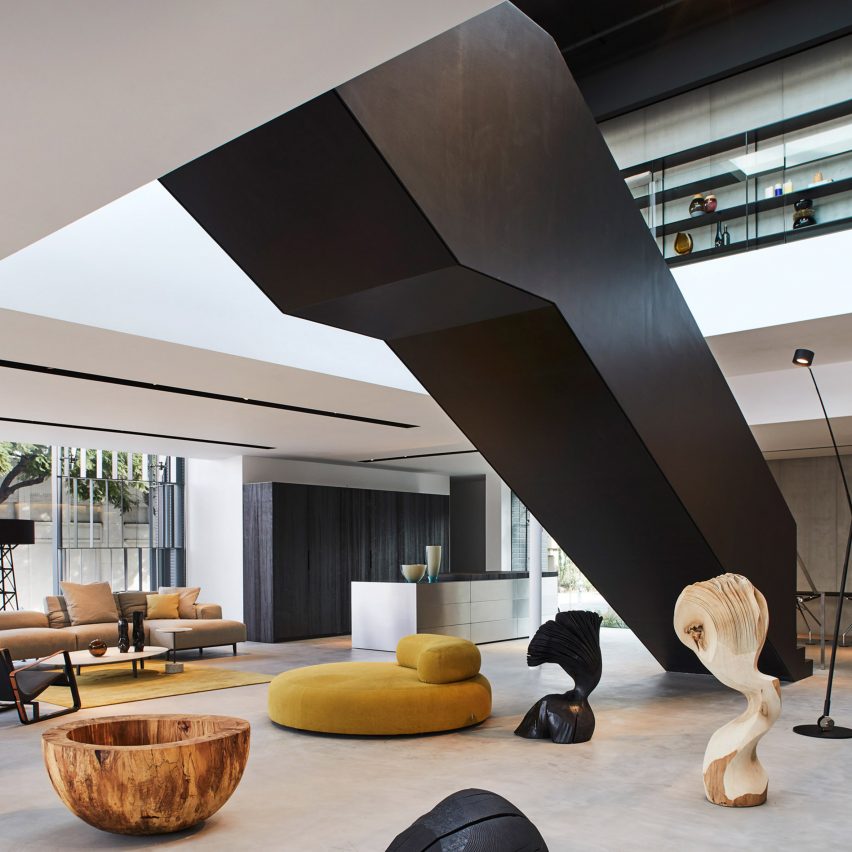 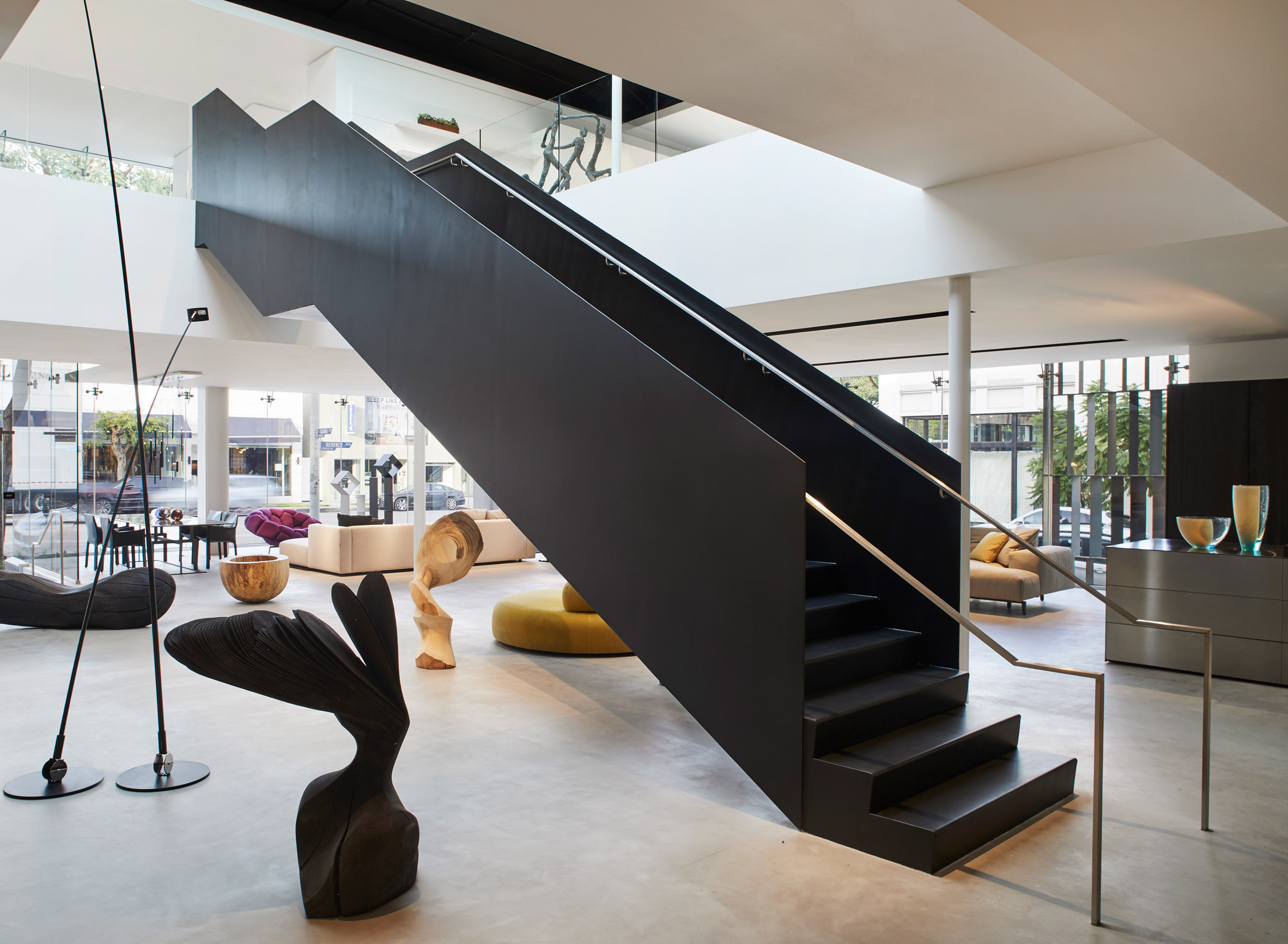 The showroom is located on Beverly Boulevard in West Hollywood. It marks the fourth location for Luminaire, which was founded in 1974 by Nasir and Nargis Kassamali. The company’s flagship showroom in Miami opened in 1984, and its Chicago location debuted in 1989. It has a second Miami location, called Luminaire Lab, that opened in 2002.

In 2017, the Kassamalis sold a majority stake in their business to Michigan-based office furniture specialists Haworth, but continue to oversee Luminaire and shepherd its growth. 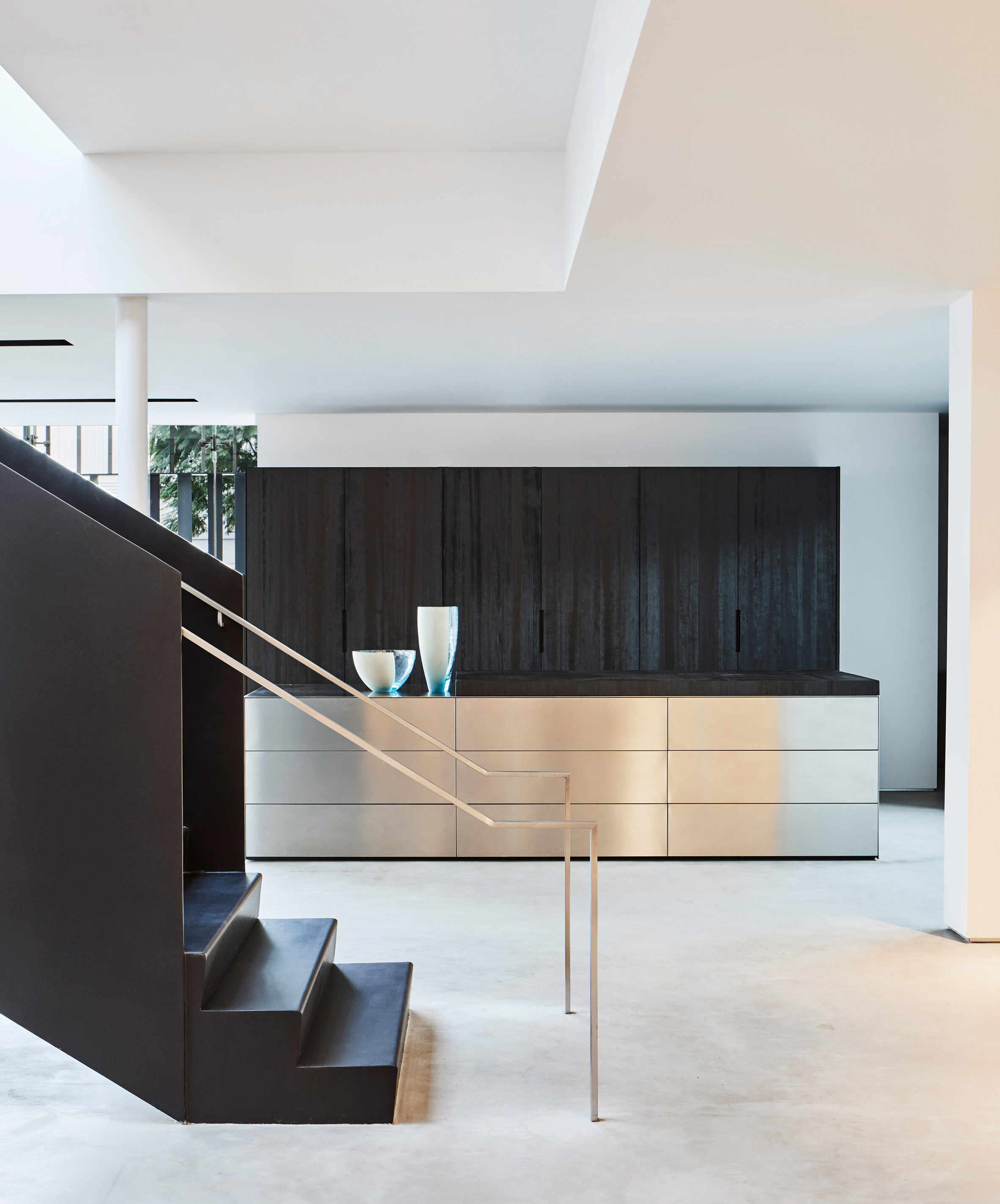 “As we continue the legacy of bringing the best in global design to the US, we couldn’t think of a better destination to enter than Los Angeles,” said Nasir Kassamali in a statement. “The vitality and culture of LA reflect the ethos that Nargis and I founded the Luminaire brand with back in 1974.” 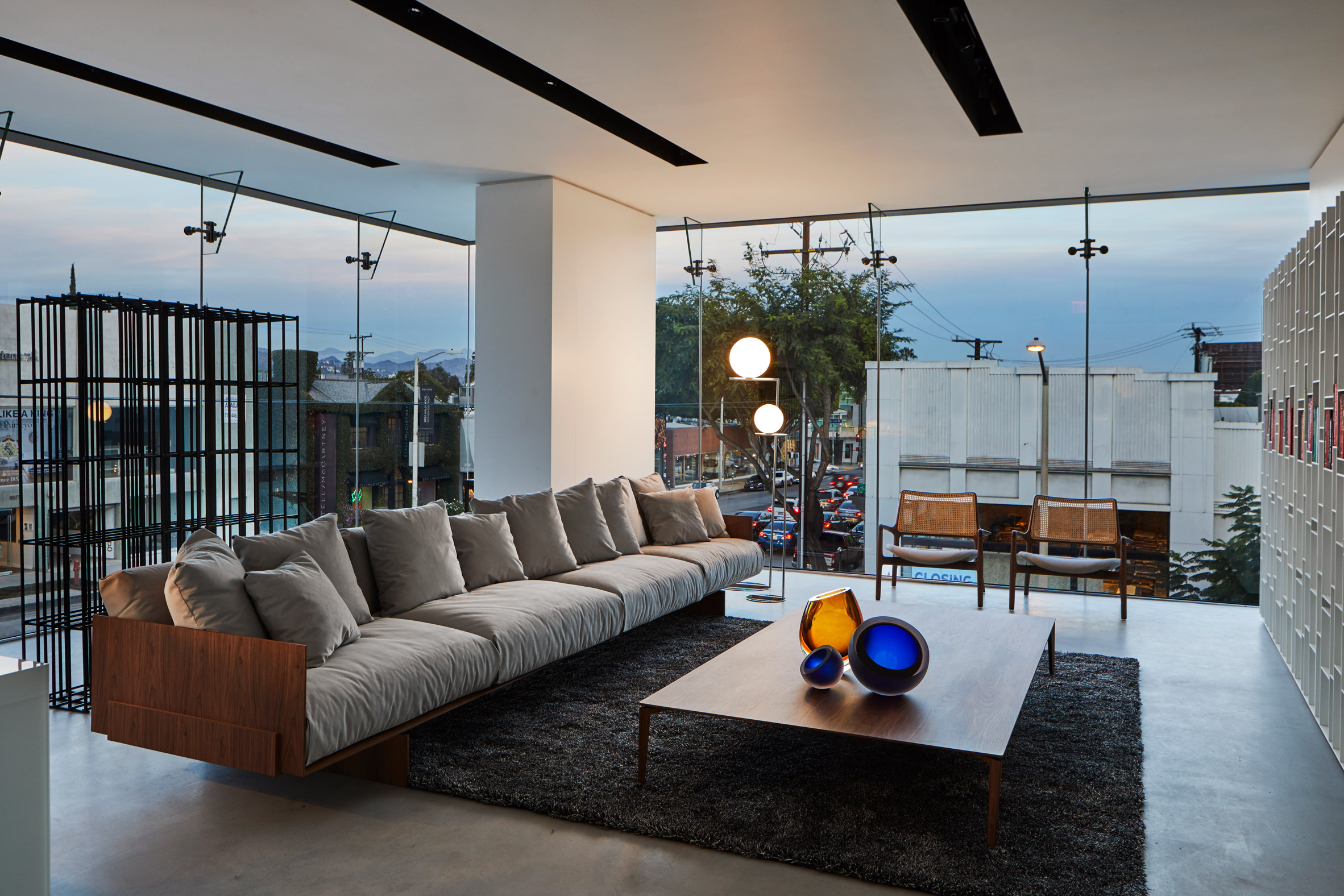 “As Los Angeles grows to become a global destination for art and design, we want Luminaire to be an important part of this narrative,” he added. 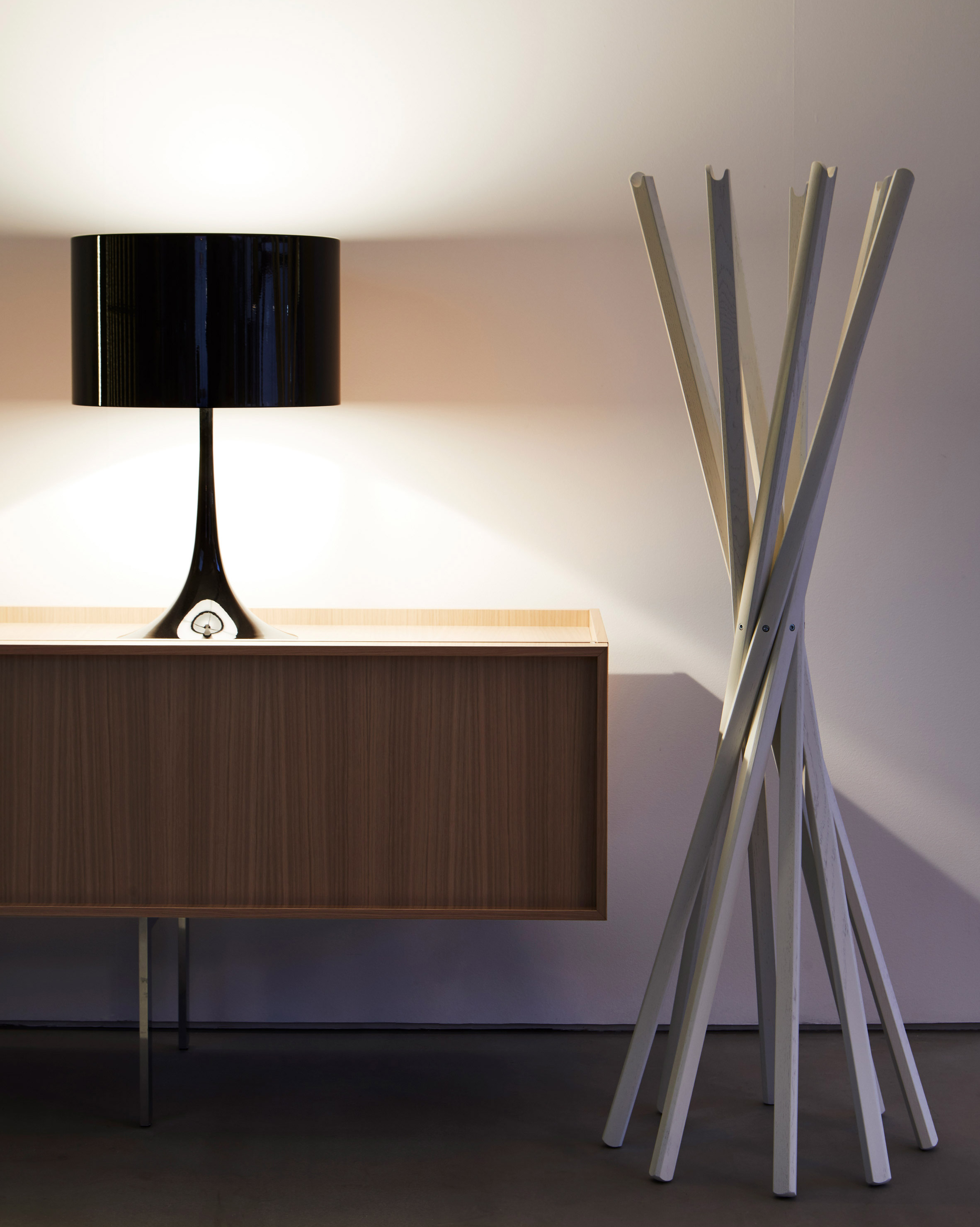 The space has an open and airy atmosphere. A portion of the upper floor plate is carved away, enabling sight lines between the two levels. Situated in the centre of the store is a black staircase that acts a sculptural element.

The Kassamalis played a key role in designing the showroom, working alongside the local studio MAKE Architecture. The team aimed to create a space that reflects the brand’s Miami roots. In turn, a tall patchwork of metalwork was incorporated into one of the facades – a nod to metal accents found at the Miami store. 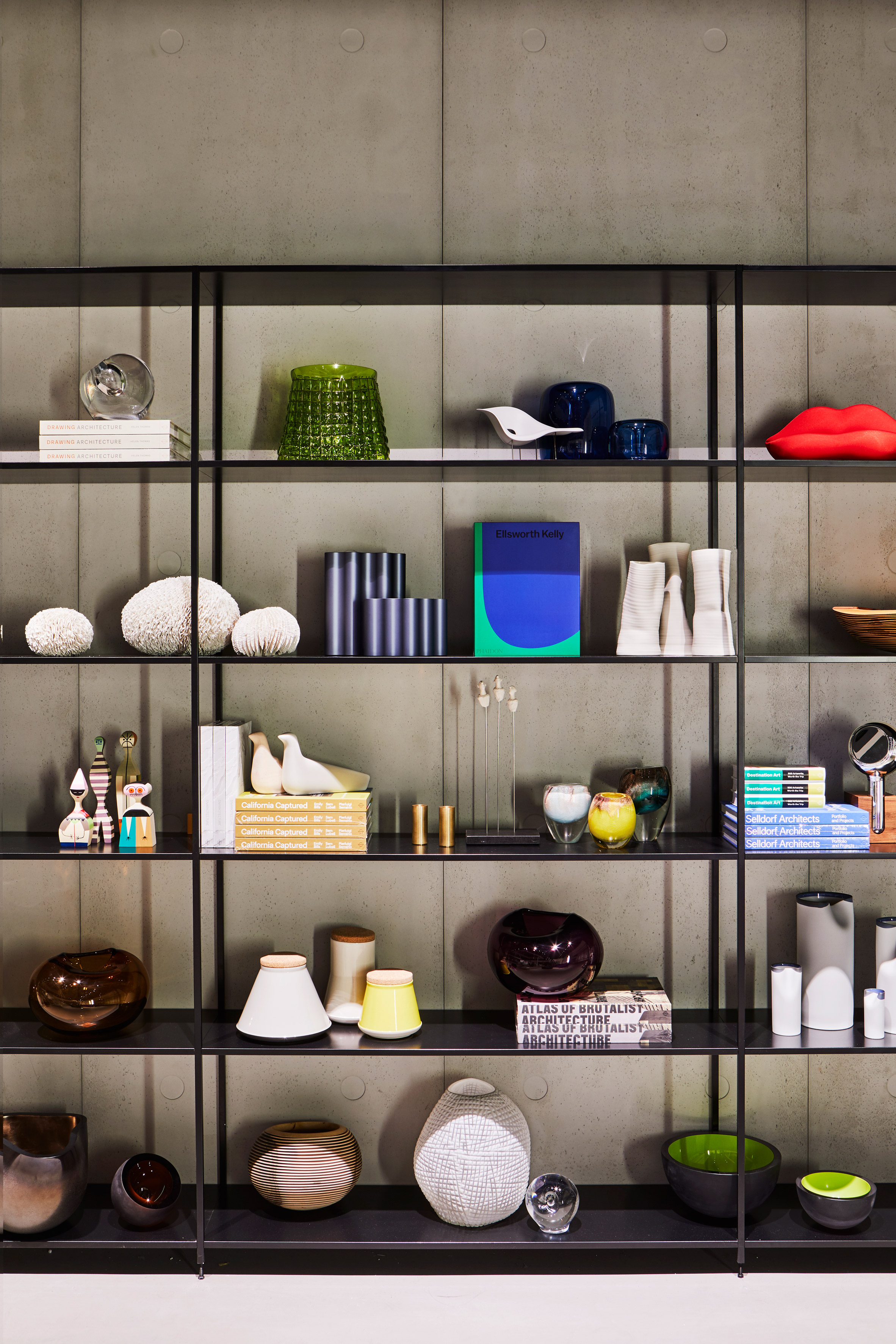 Inside, shoppers find a range of pieces by designers around the world. Established pieces from Italian brands such as Cassina and Moroso are on view, as is the new Sollos collection by Brazilian designer Jader Almeida. The showroom offers lighting fixtures by German designer Ingo Maurer and Italian designer Davide Groppi, among others.

Other brands include JoV (floor coverings), Kinnasand (carpets and window coverings) and Agape (bathrooms). The showroom also offers a curated collection of vases, bowls and other objects by noted designers. 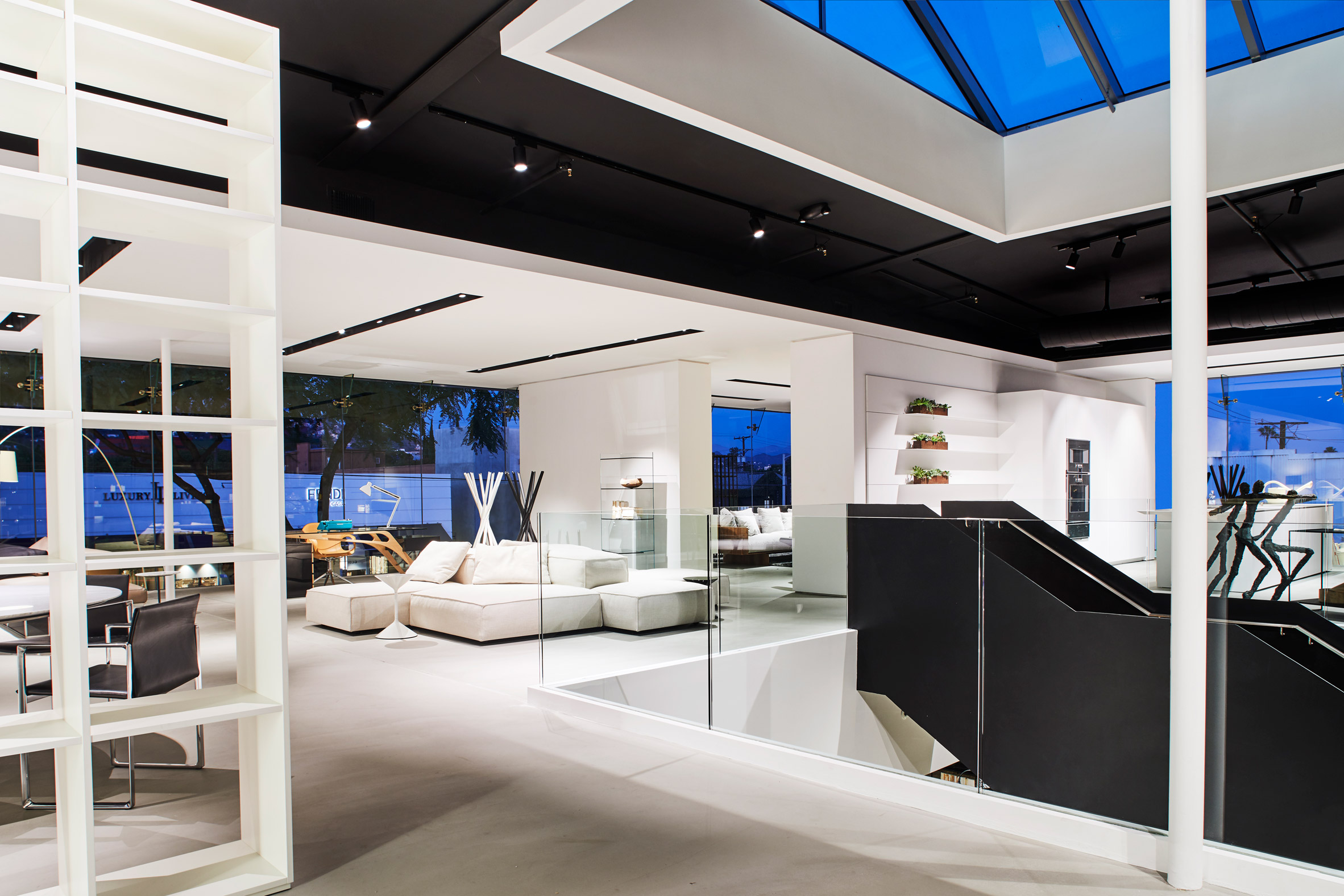 The LA showroom offers a line of kitchens developed by Luminaire in partnership with Italian brand Minimal. The streamlined kitchen components are meant to focus “on the harmony between form and function”. Luminaire Los Angeles has three full kitchens on display that demonstrate the various options for customisation.

“Through unique materials, sensitivity to proportion and thinness of profiles, the Minimal line at Luminaire represents the culmination of reflecting on how the kitchen can be freed from its historic understanding and reinvented as a functional furniture object,” the company said. 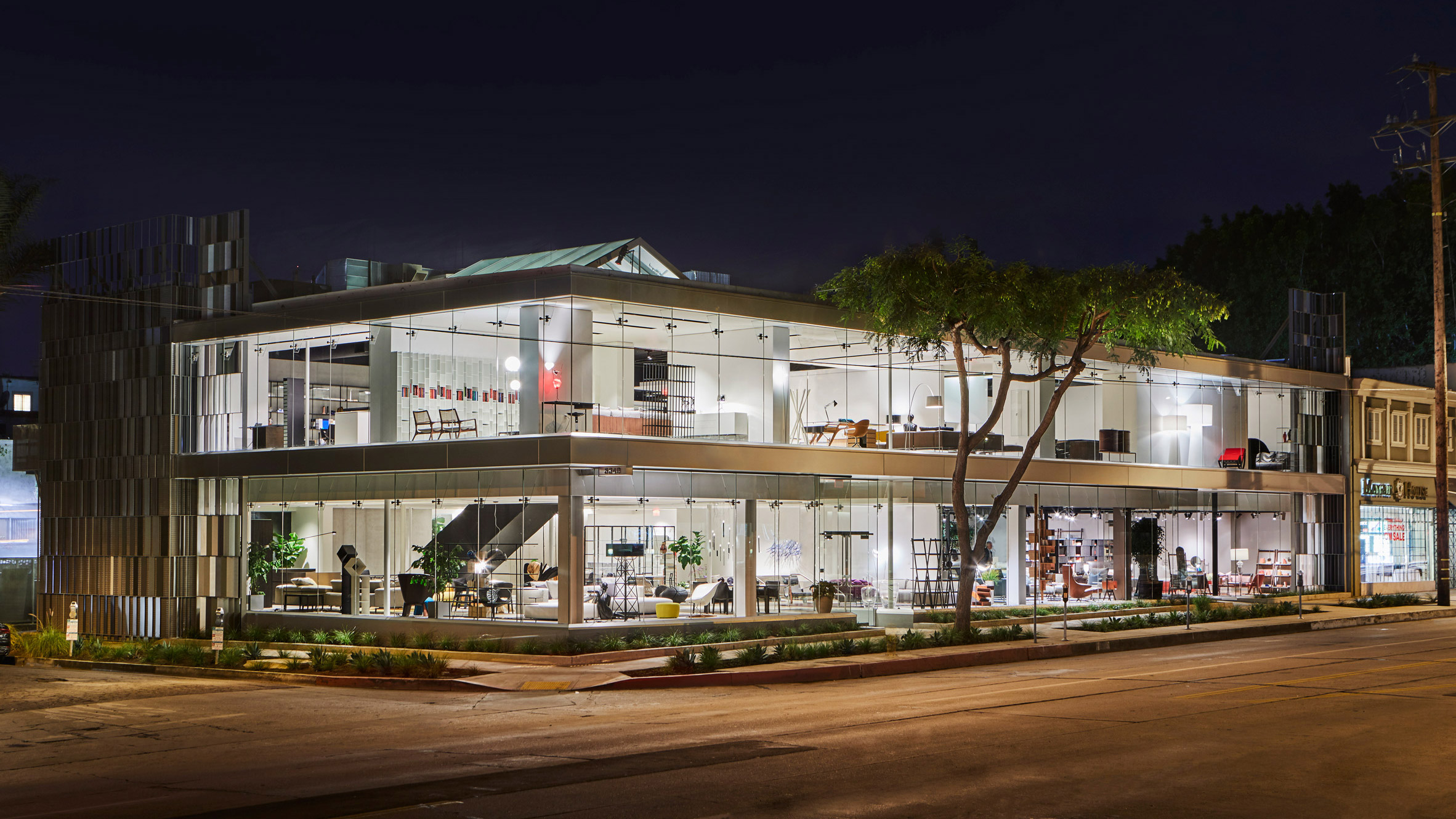 In addition to home decor, the Luminaire showroom has a design bookstore that it operates in partnership with Artbook, which is part of Distributed Art Publishers (DAP). The building also features a new showroom for Italian furniture maker Poltrona Frau.

Several retailers and design studios have recently opened up shop in Los Angeles. Others include New York lighting brand Apparatus, which recently moved into a renovated warehouse in Hollywood, and design gallery The Future Perfect, which opened a Beverly Hills shop inside a house that once belonged to Elvis Presley.

Photography is by Sam Frost.