Architecture studio MAPmx has unveiled an office tower in Mexico City with huge concrete walls that appear to be pulled apart at the corners. 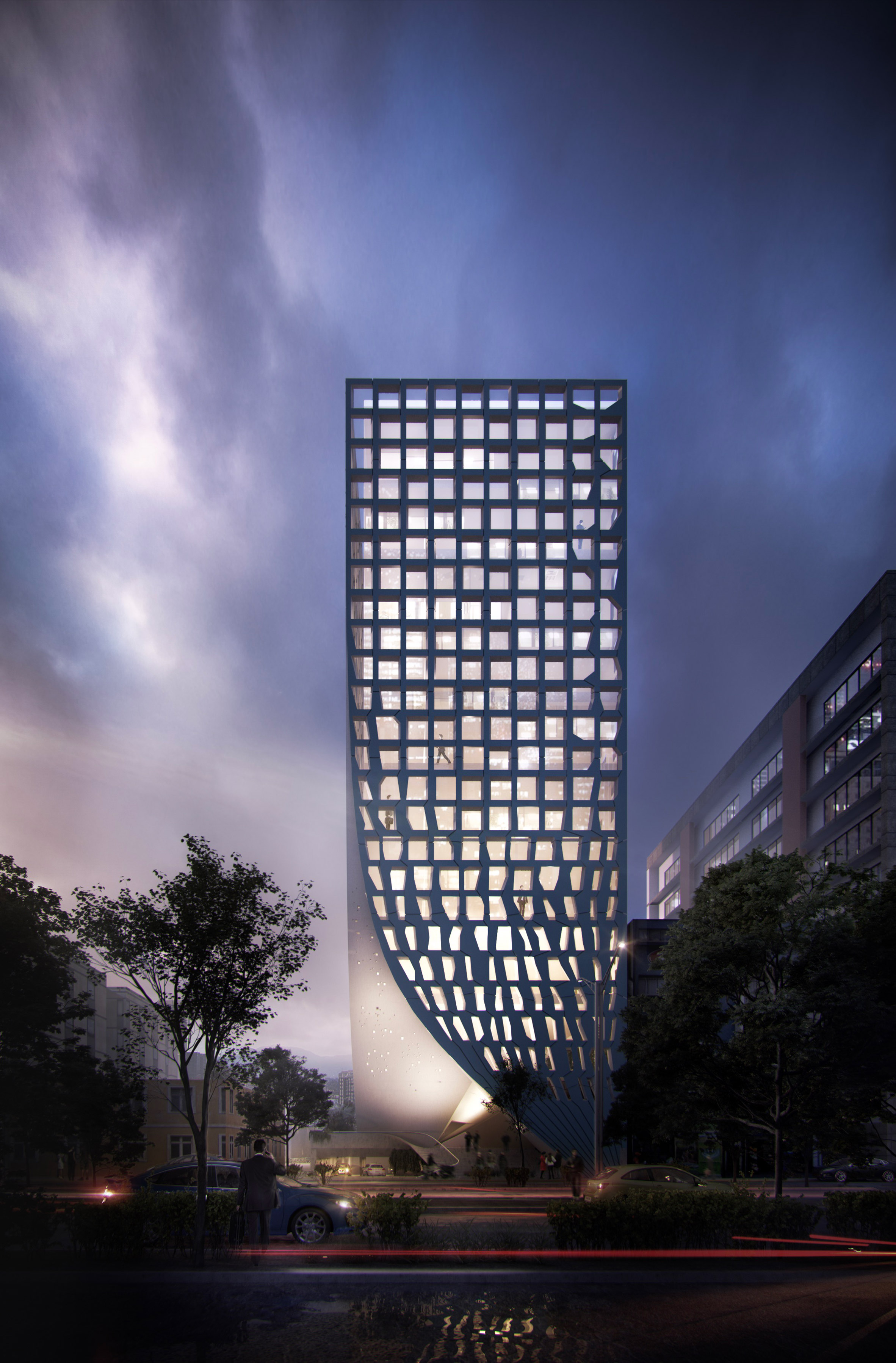 The local architects designed Chapultepec 500 with the aim to reinvigorate its location on Avenida Chapultepec – one of Mexican capital’s main thoroughfares.

To achieve this, MAPmx placed the building on four concrete “legs” with curved edges to create large openings between the street and an inner public plaza. 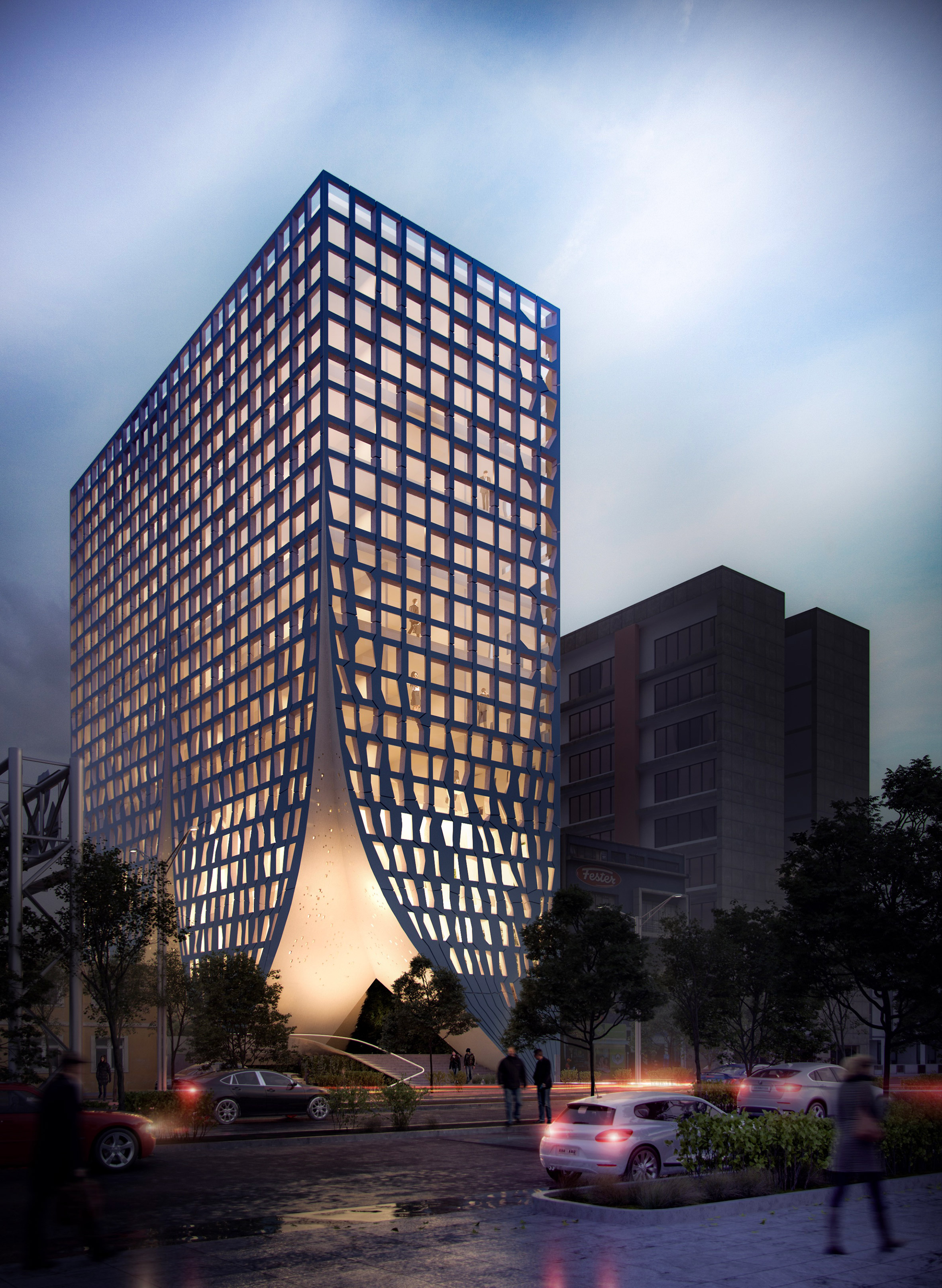 “The project plays with a familiar element such as a conventional box, to then produce unfamiliar moments,” said the studio.

“It splits into four elements as the box moves towards the ground, generating four legs and an access plaza, opening the building to the street.” 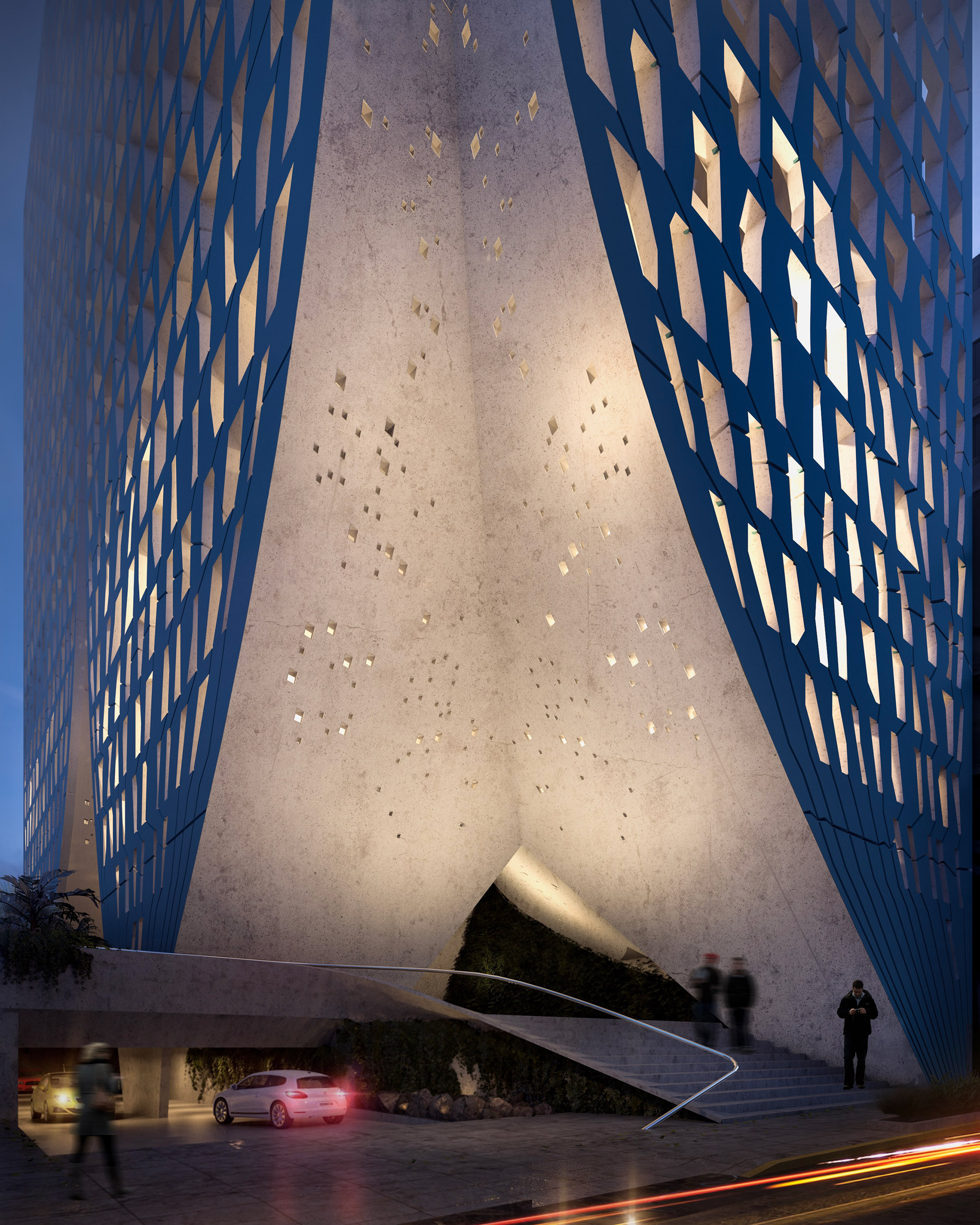 The bases of two pillars will be occupied by a public kitchen and cafe, while the other two will host the main circulation cores. The upper floors of the building will accommodate 6,000 square metres of office space.

Openings puncturing the concrete walls at the top will be set out in a conventional grid pattern, although some will bear unusual shapes created from chopped-off edges. 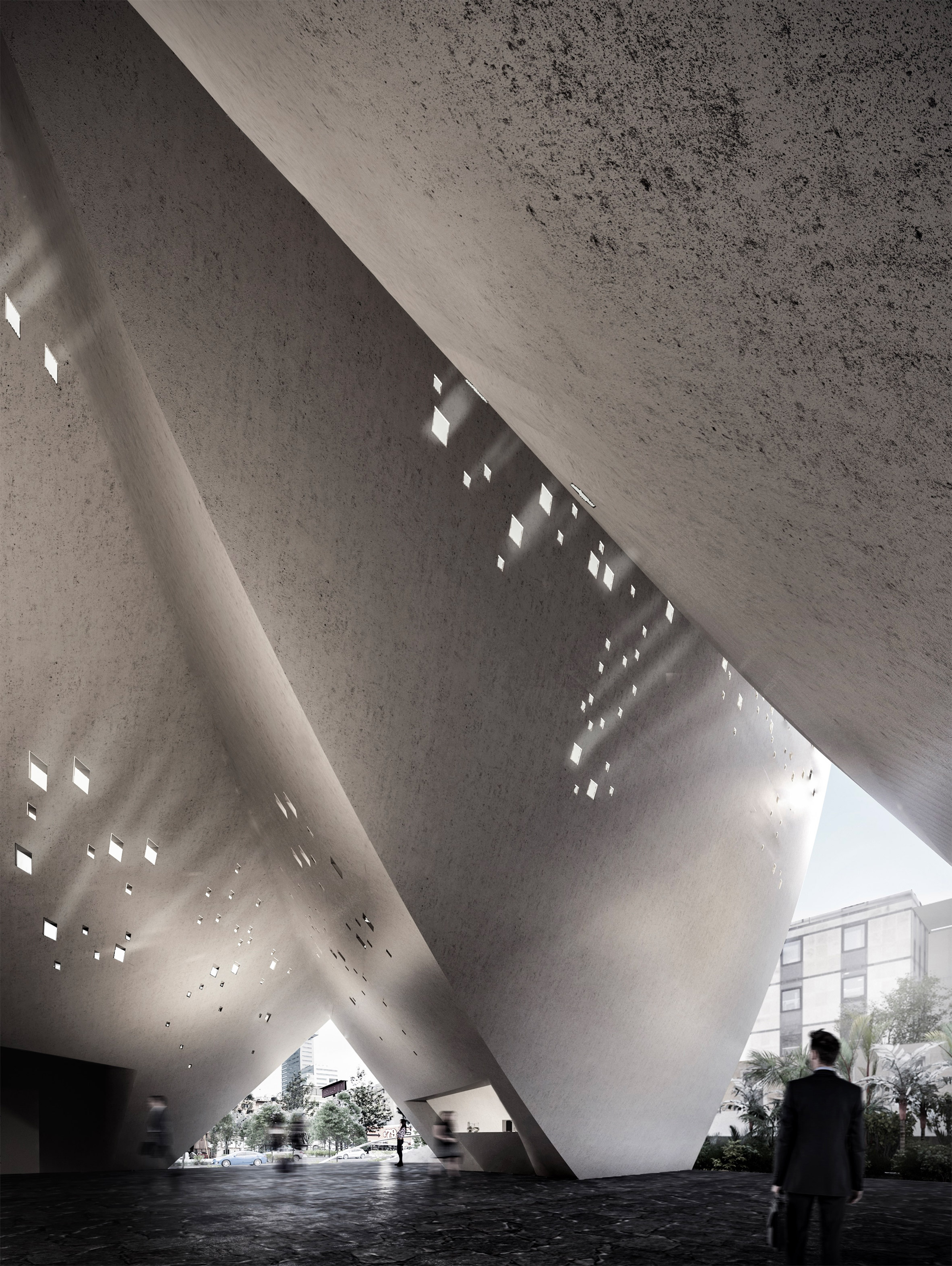 Windows will narrow and misshape towards the bottom of the building to coincide with the curves of the walls, which appear to peel back from the lower corners like opening curtains. 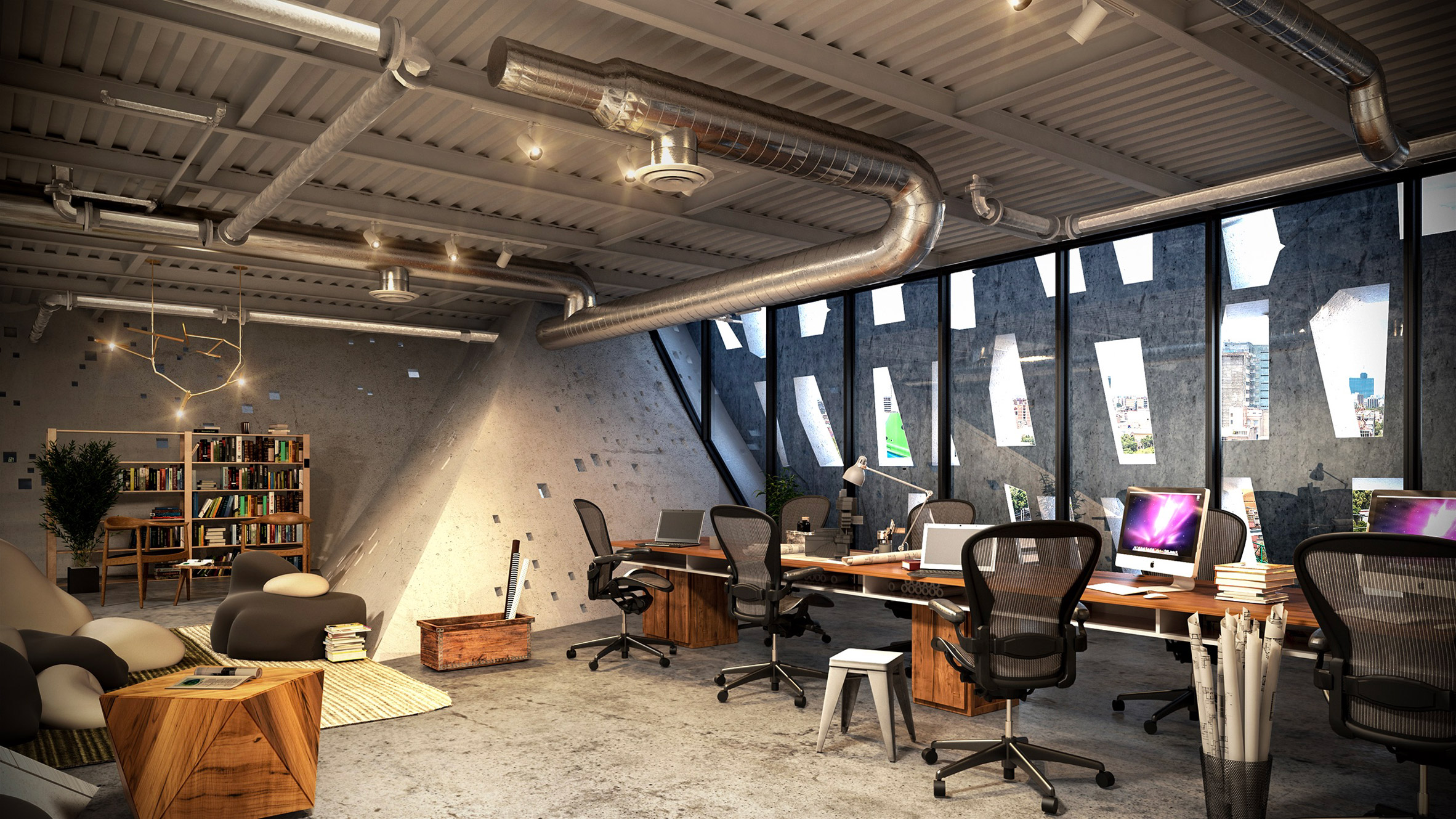 The columns, which are made of reinforced concrete, and the exterior concrete walls will form the main structure of the building to create open office spaces inside.

Inside, the concrete structure will be left exposed and large expanses of glazing will be set in front of the outer walls. 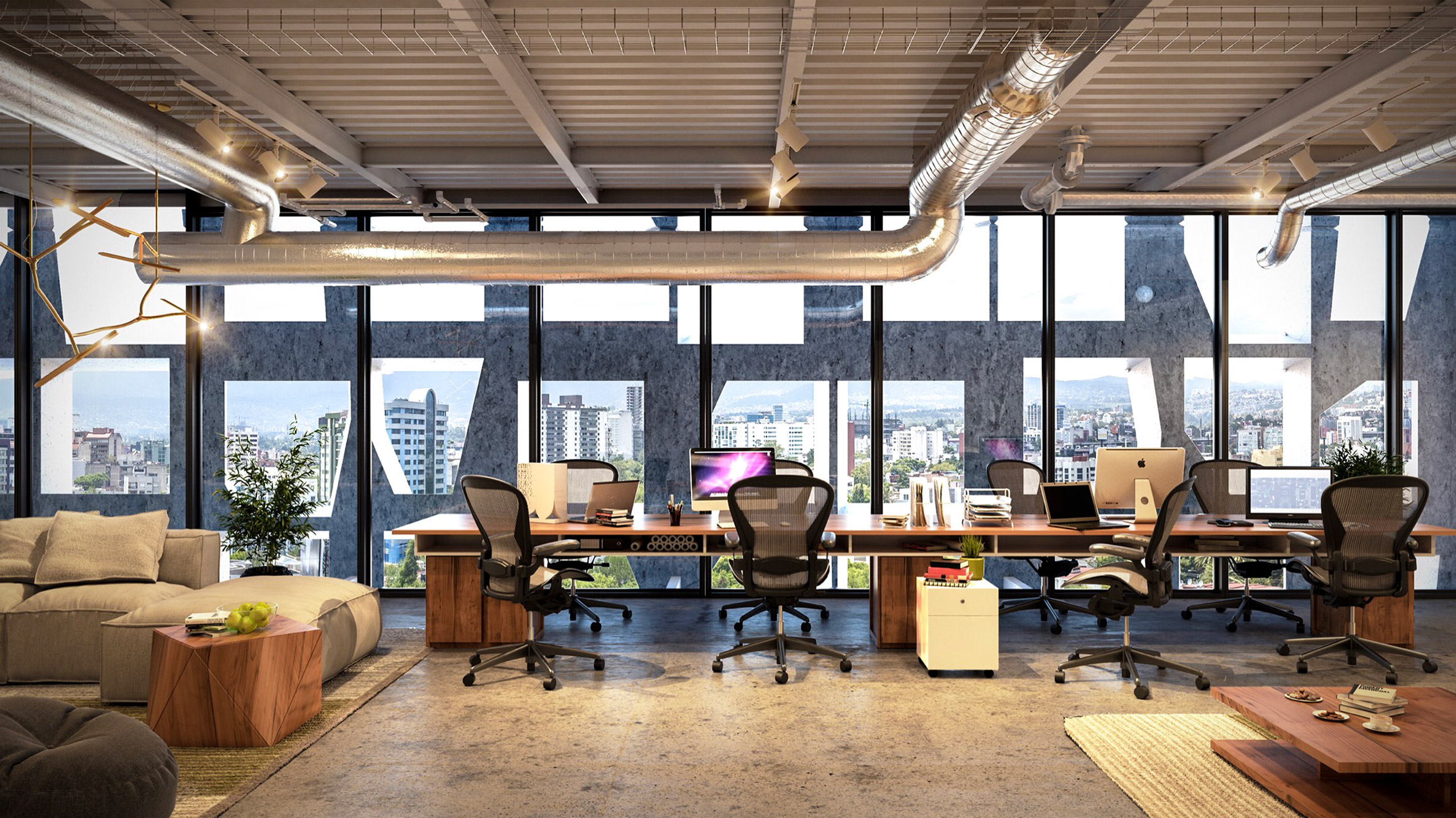 Construction on Chapultepec 500 is slated to start by the end of 2017.

Sprawling, largely low-rise Mexico City is finally starting to see a vertical construction trend. Tall buildings that have recently completed in the metropolis include the Torre Reforma and the BBVA Bancomer headquarters.