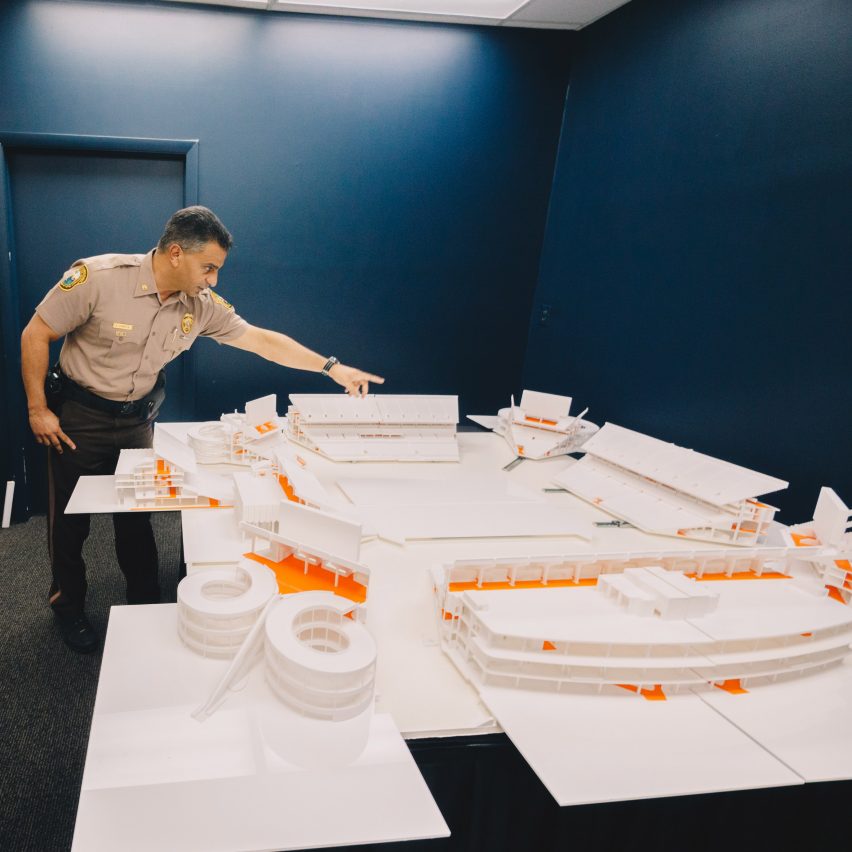 The Miami-Dade Police has worked with architecture students at Florida International University to create a 3D-printed model of the Hard Rock Stadium to prepare for the Super Bowl this weekend.

Designed by students in the College of Communication, Architecture + The Arts at FIU, the four-by-five feet (1.2-by-1.5 metres) mockup details bleachers, hallways, exits, rooms and support beams in the 65,000-seat stadium.

Miami-Dade Police Department (MDPD) has used the Hard Rock Stadium model – which also splits into cross-sections – since November 2019 for tactical training ahead of the event on Sunday 2 February. 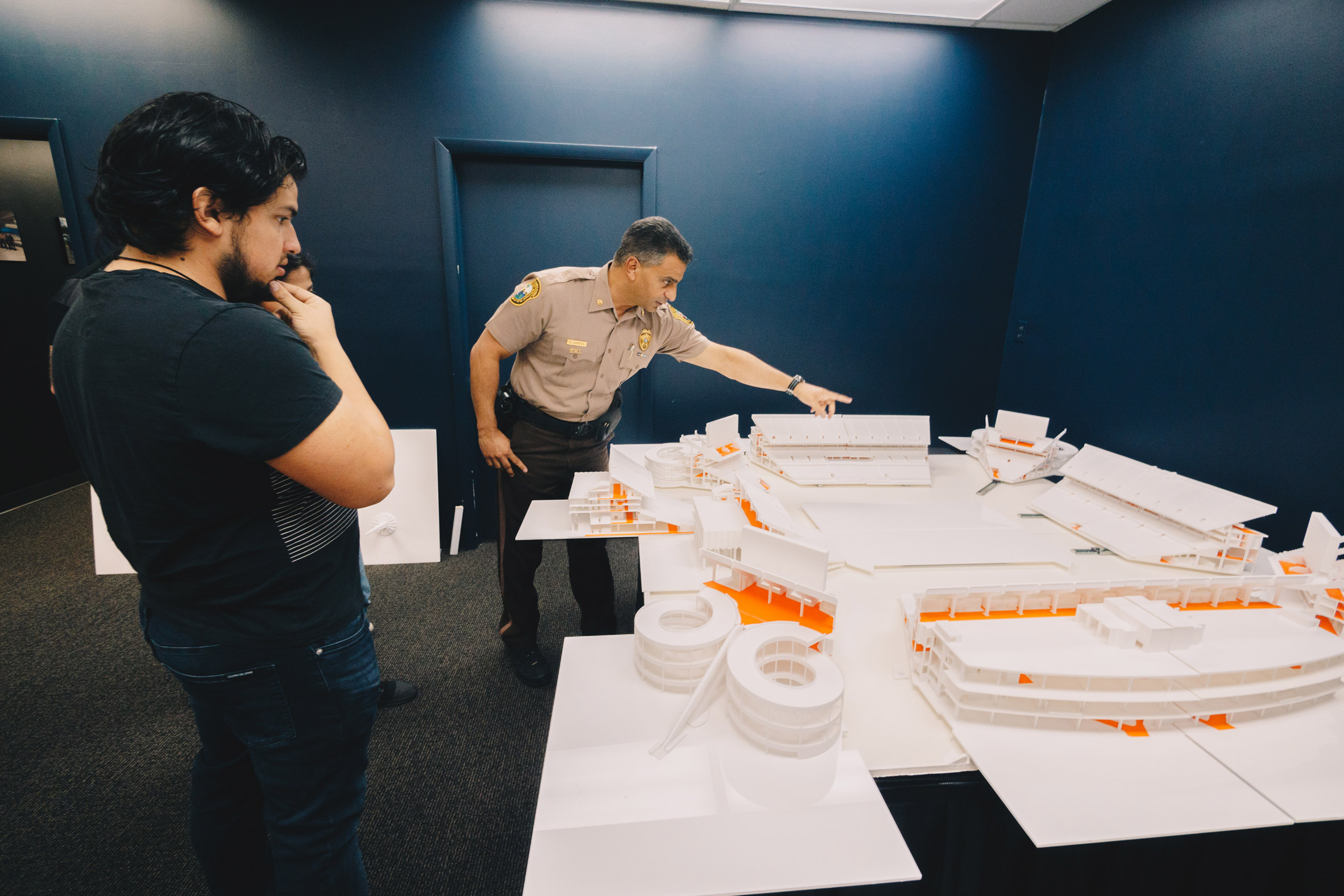 The police force’s Super Bowl operations commander, Edgardo Caneva, said it was the first time that a 3D-printed model had been used to prepare for the Super Bowl  – the NFL’s annual American football championship final.

“Law enforcement has never done something like this before for a Super Bowl,” Caneva said. “This is a first for us, and the students at FIU are the ones who made it happen.”

The MDPD approached FIU’s police department to help with the project ahead of the 2020 Super Bowl.

FIU funded the production of the model, which was designed by a team including director Hadi Alhaffar, architecture graduate students Katherin Rendon and Francisco Alduenda, and undergraduate IT software student Samuel Morris. 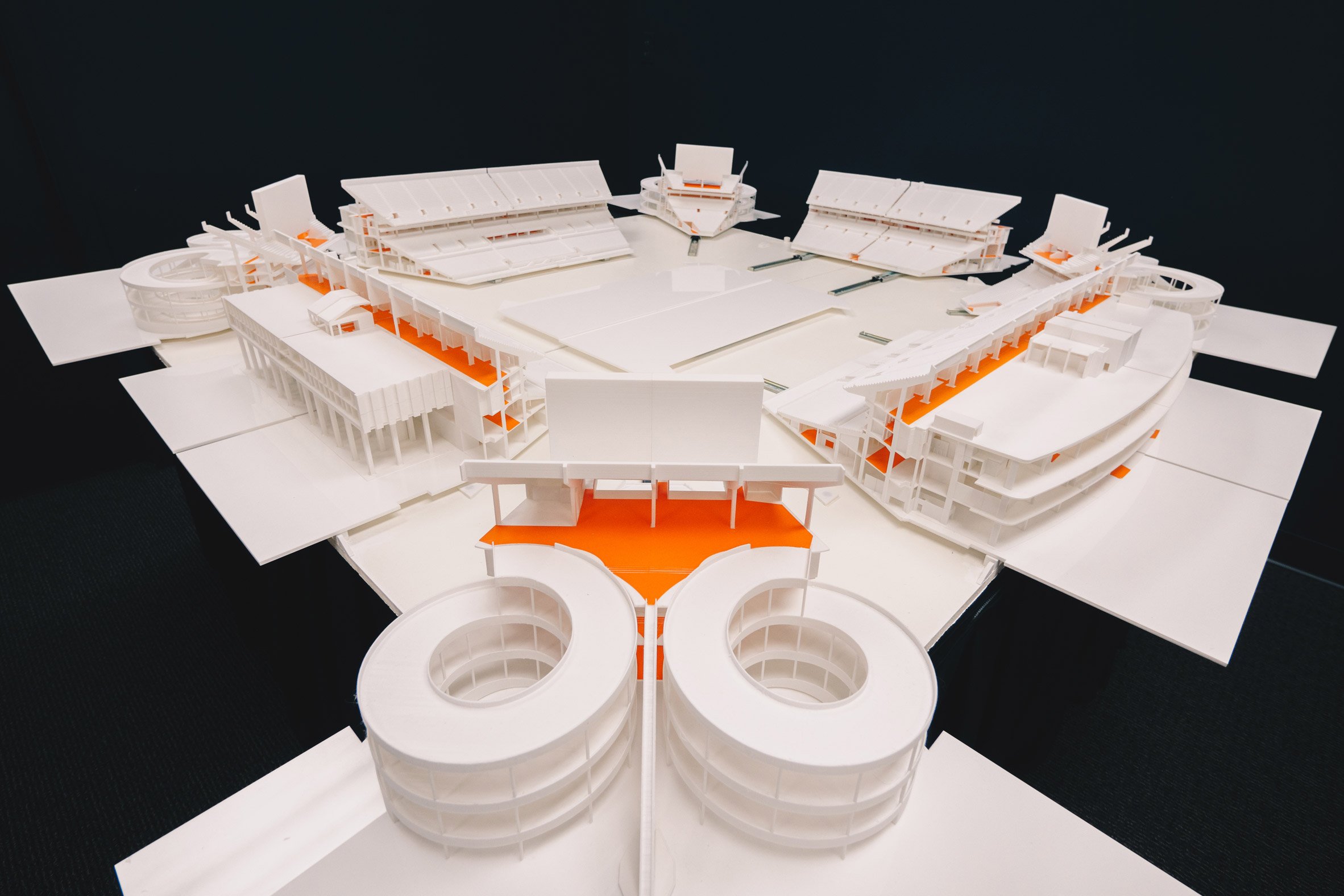 The Robotics and Digital Fabrication (RDF) Lab then printed the model, which took a total of 3,500 hours.

Among the main challenges was the intricacy of the Hard Rock Stadium Miami, such as the pairs of spiral walkways that connect its various levels at each corner, and huge white spikes that carry tensile cables holding up the canopy roof.

“This was something unique, for FIU and MDPD, the creation of a physical model to use in training,” said Shahin Vassigh, the director of the RDF Lab. 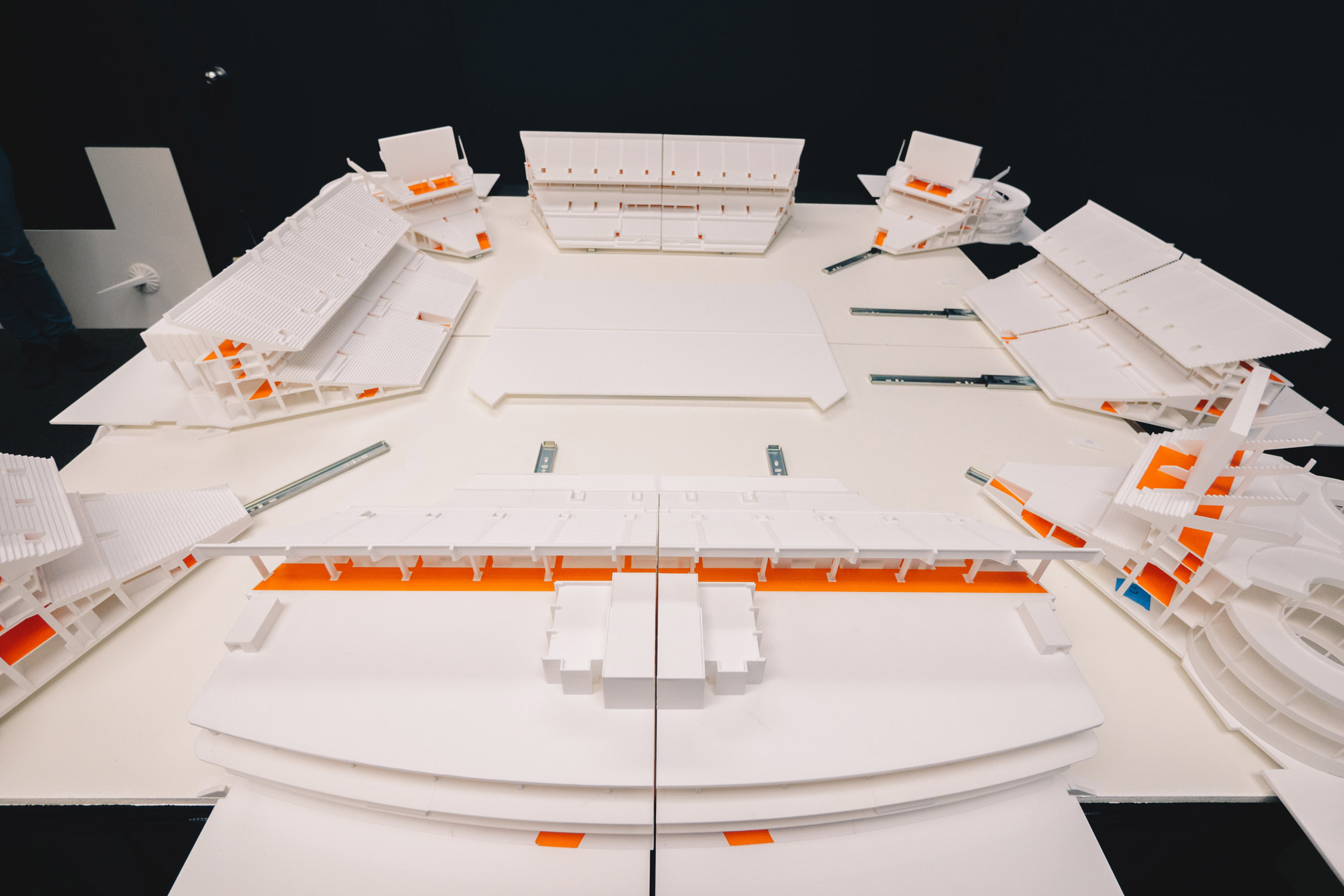 “It’s not necessarily the scale that is unique – architects make models for demonstration regularly – but the intricacy of details and this type of collaboration,” Vassigh added.

Designed by firms Populous‎ and HOK, Hard Rock Stadium will host the 54th Super Bowl, which will see the San Francisco 49-ers take on the Kansas City Chiefs starting from 6.30pm EST.

Other stadiums that have hosted the event include Atlanta’s Mercedes-Benz Stadium, which has a stadium roof that closes “like a camera aperture”.

Video and photography are courtesy of FIU.