A padded playroom for children features in this photography studio in Montreal, designed by local practice Alain Carle Architecte to look more like a minimal home than a workplace.

Studio Bluecerigo is located on the first floor of a mixed-use building in the Mile End neighbourhood, an area of the city known for its art scene, and provides the workspace of fine art photographer Evridiki Spiliadis. 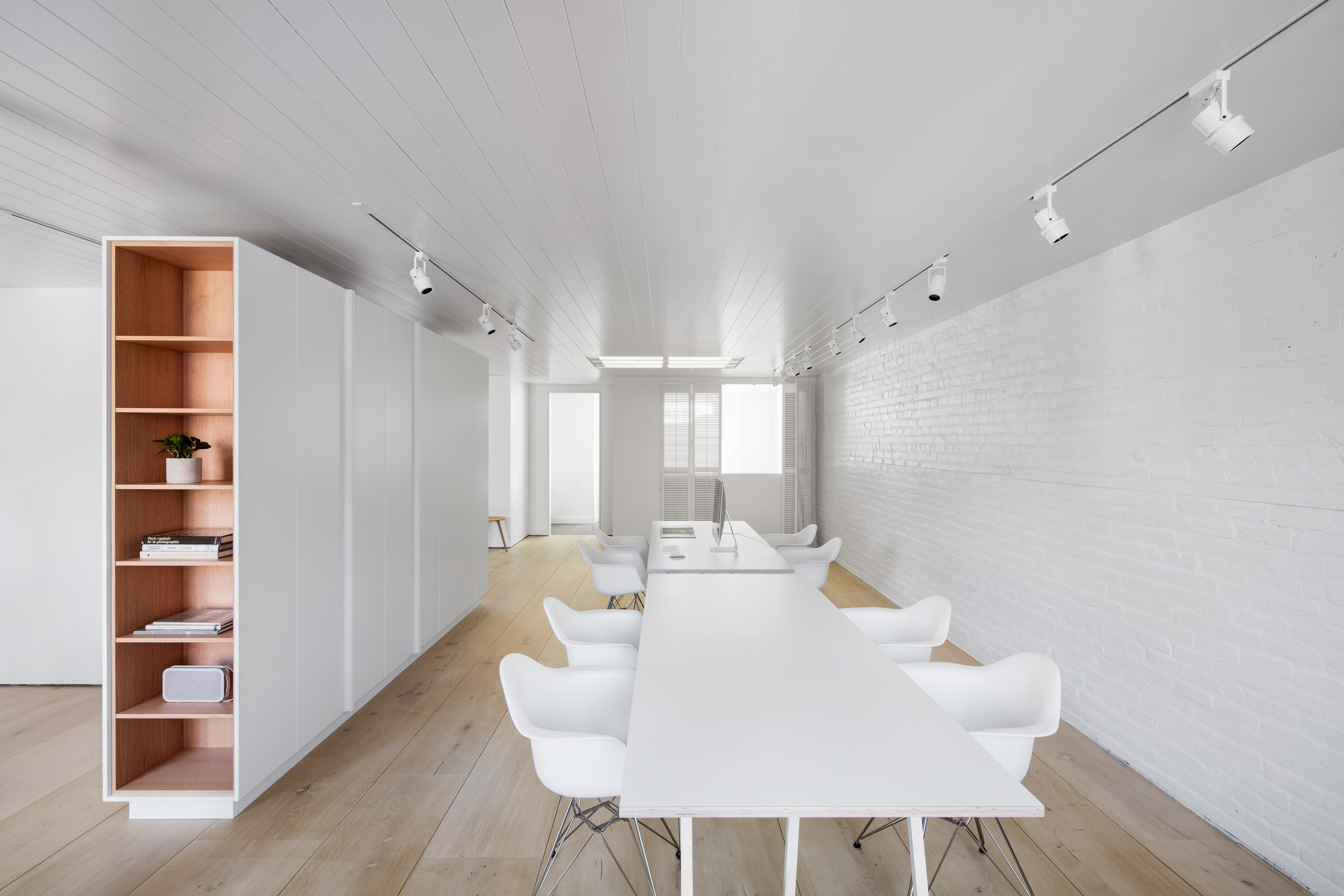 Prior to the renovation in 2016, the 140-square-metre space was divided into small rooms. The studio stripped out many of the walls to create a more open layout.

White surfaces feature predominantly throughout the interior, including the painted brickwork walls and wooden ceilings, tables and chairs. This minimalist aesthetic, which is commonly found in photography studios, is contrasted with accents that were chosen by the client. 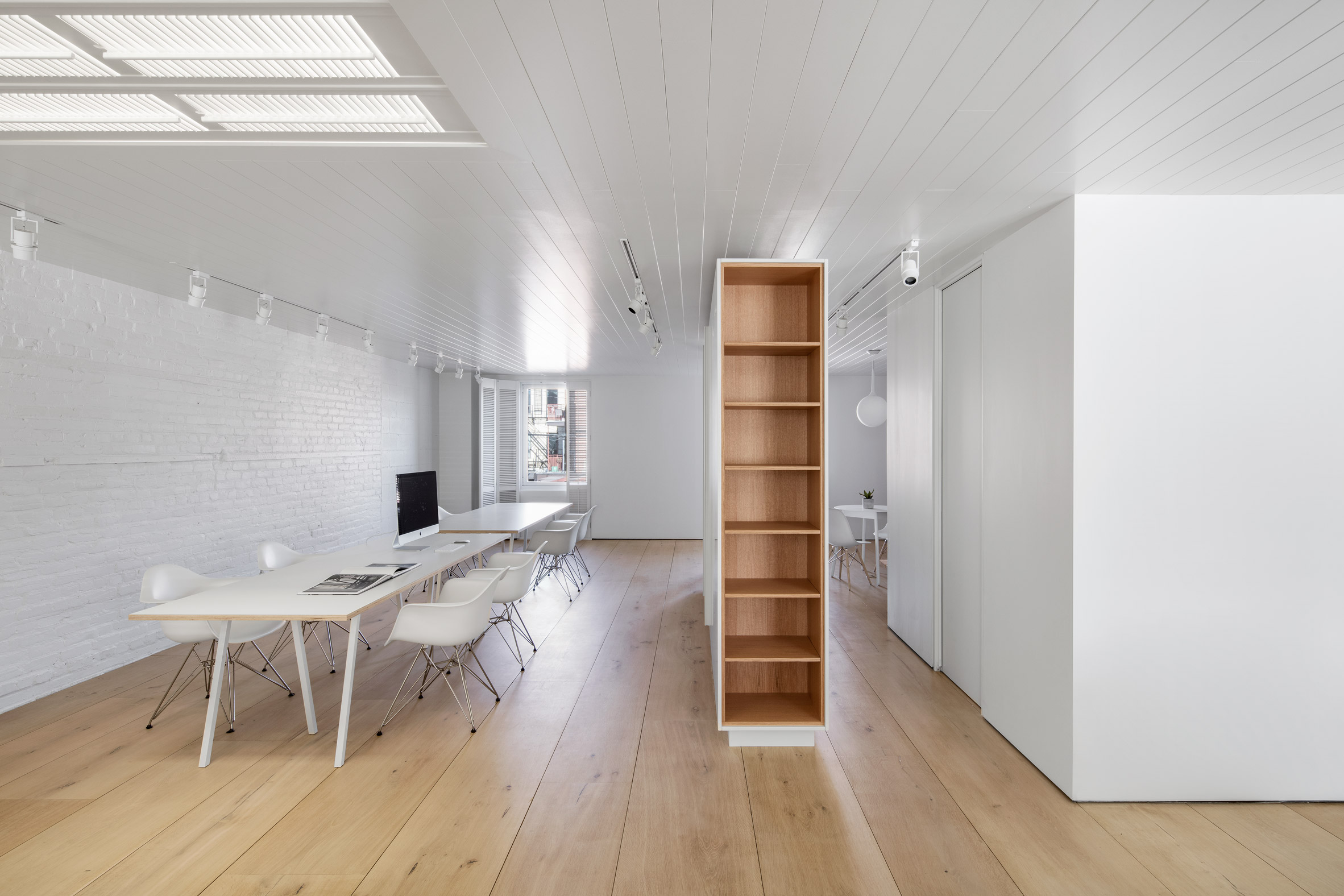 Roughly one third is taken up by her studio. The rest is dedicated to auxiliary functions, including a small kitchenette, a living room with a large dining table, and areas for Spiliadis’ children, and those of her colleagues, to play. 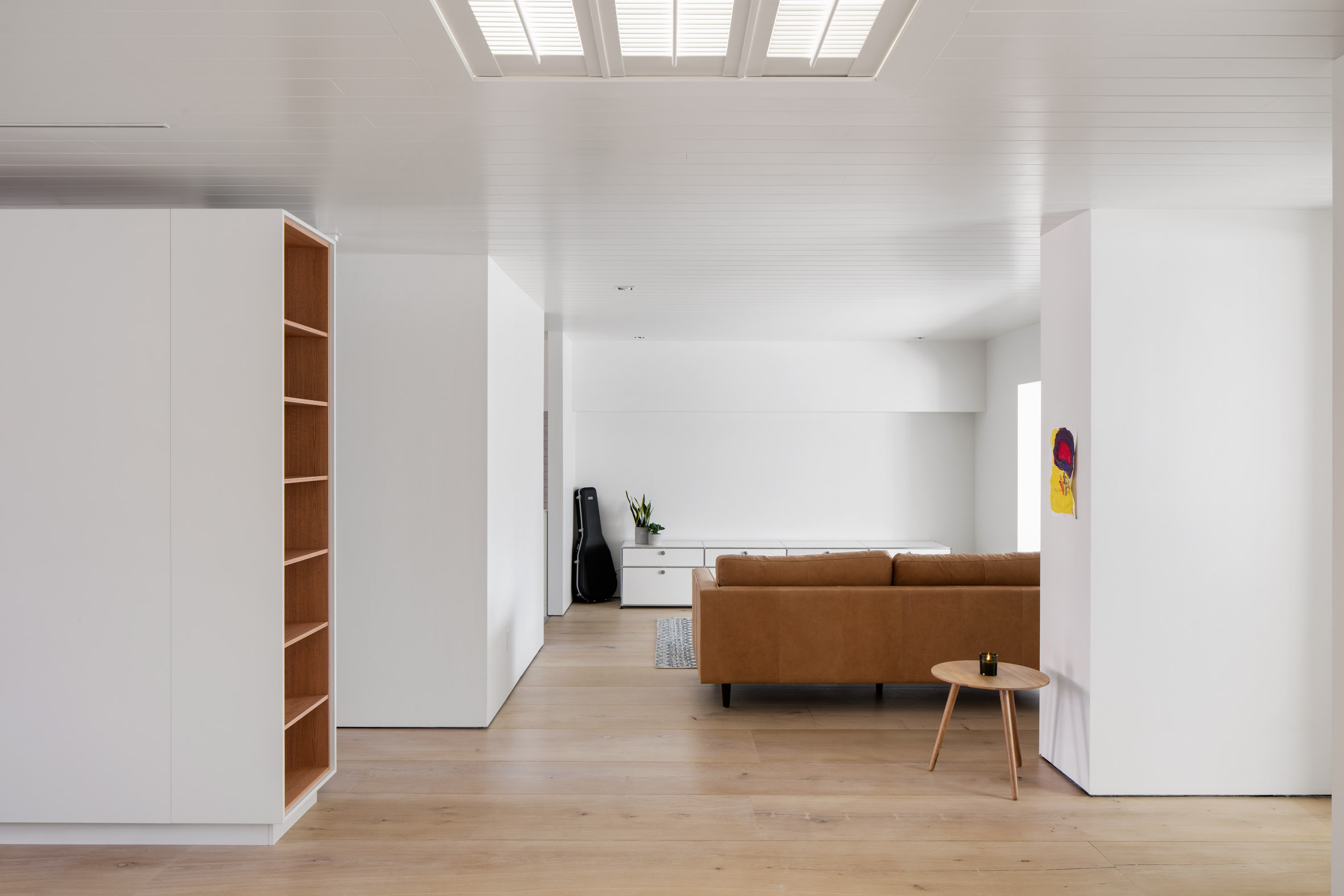 “This new photography studio is a place of diffusion and creation as well as a place of life in its own right,” said Alain Carle Architecte in a statement.

“For the sake of integrating the daily rituals of childcare to the complex schedules of work, a large part of the space is dedicated to the children of the owners and their collaborators.” 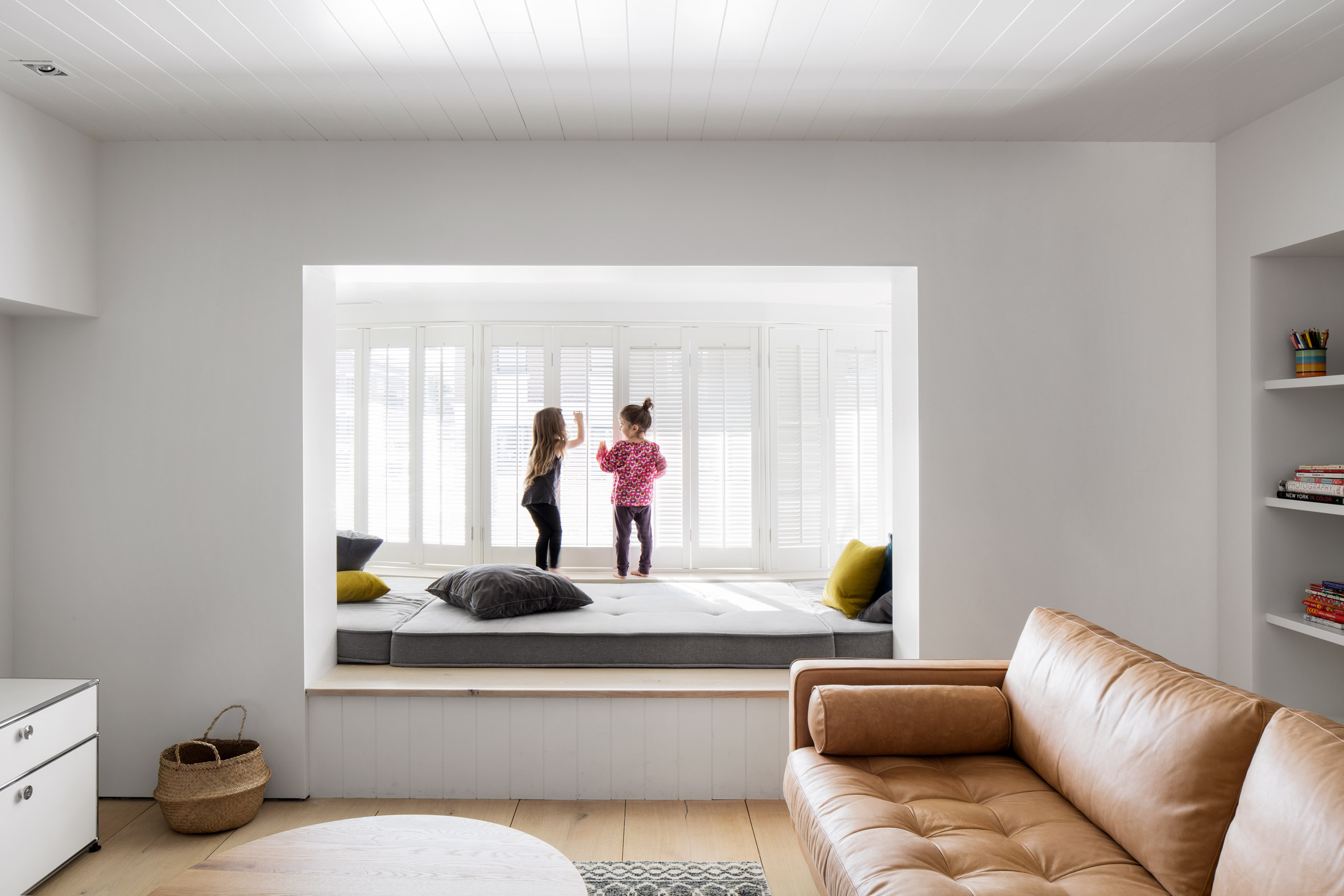 A nook for the children is integrated into the building’s existing bay window, and furnished with mattresses and cushions that provide padding for jumping and napping. Storage units nearby are filled with toys.

A second play area is also laid out at the rear of the building, with desks for drawing. 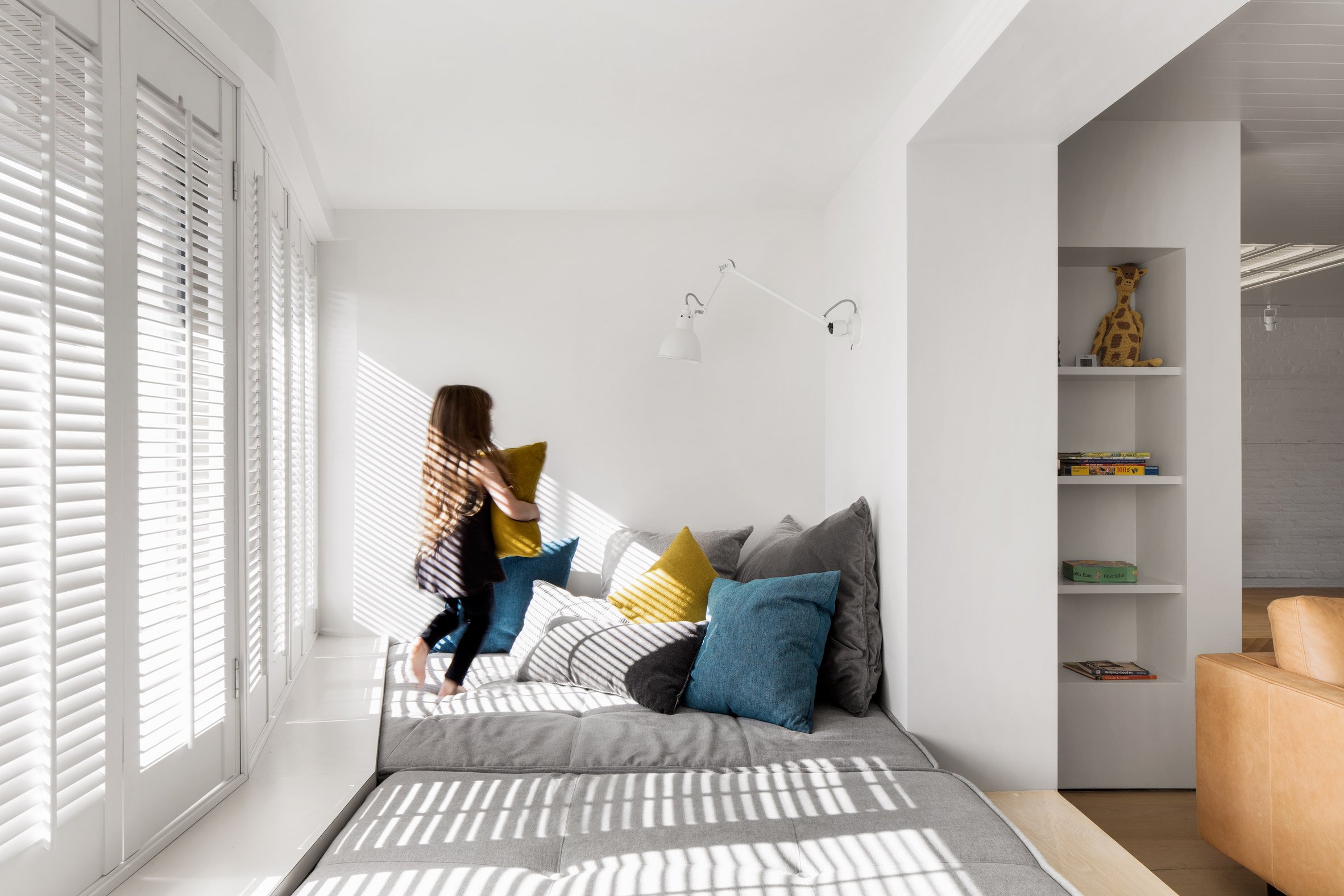 A small lounge with a sofa is placed between the studio and one of the children’s play areas. The kitchen and dining area is located at the centre, below a skylight that brings additional light into the space. A storage wall separates the kitchen from the public areas. 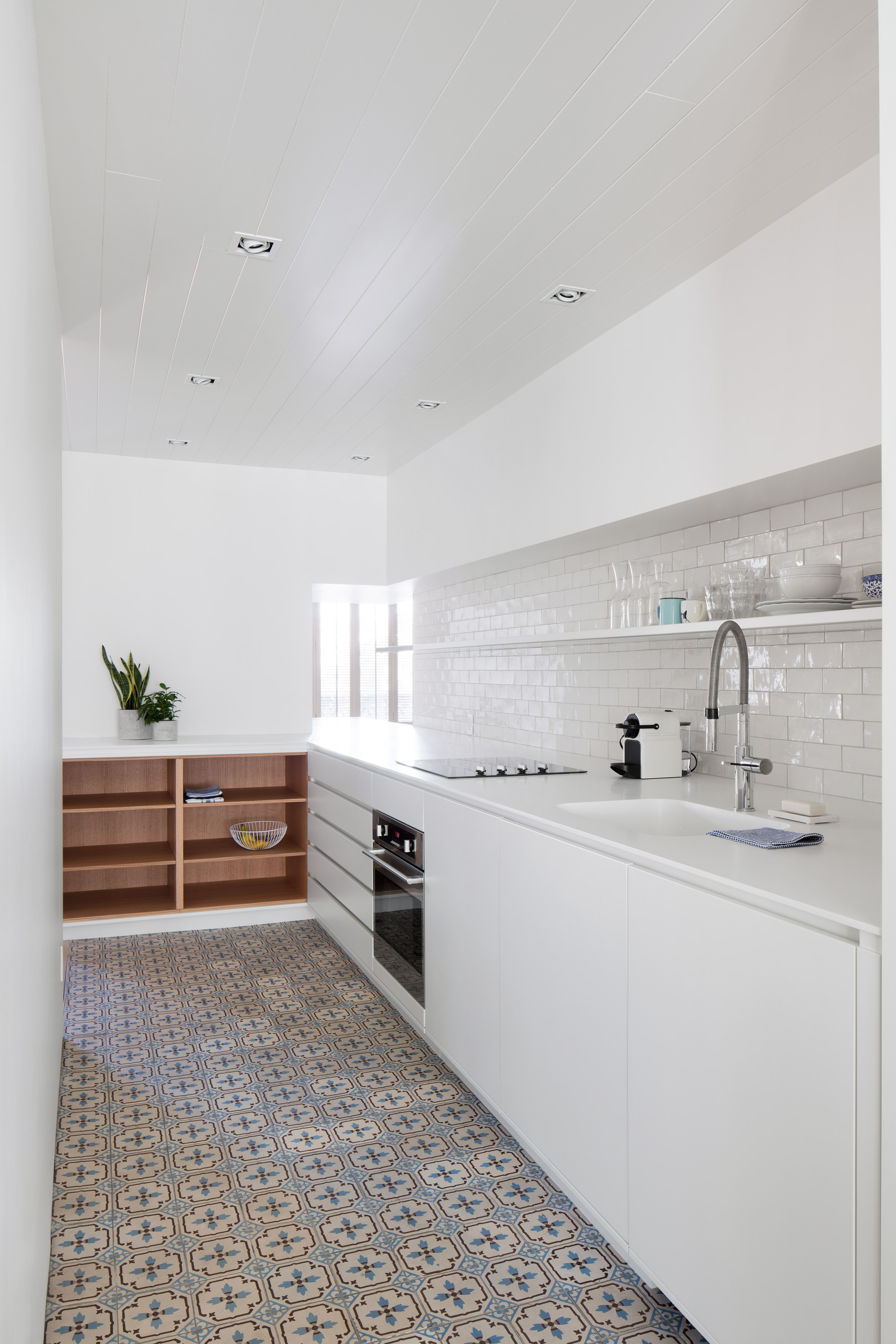 Alain Carle Architecte was founded by Canadian architect Alain Carle in 2000. The firm has recently completed a store for skincare label Aesop, drawing cues from its neighbourhood’s jazz heritage, and overhauled a secondary residence from the sixties that was facing demolition.