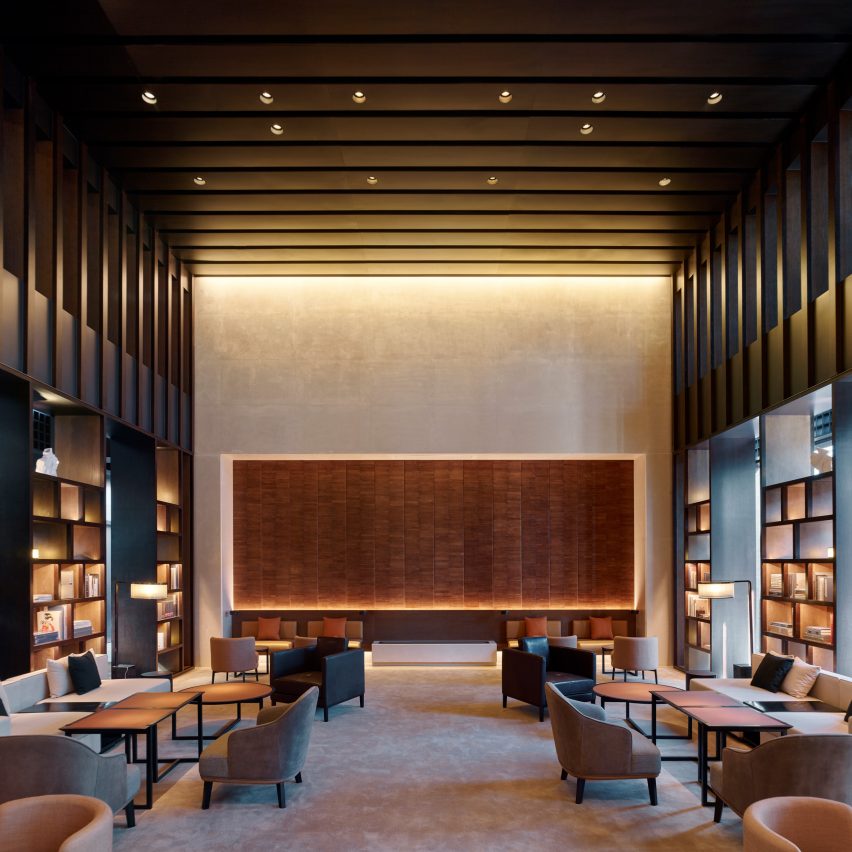 A hotel has opened in the upper levels of the Ole Scheeren-designed art centre in Beijing, featuring rooms designed by MQ Studio to be warm and inviting. 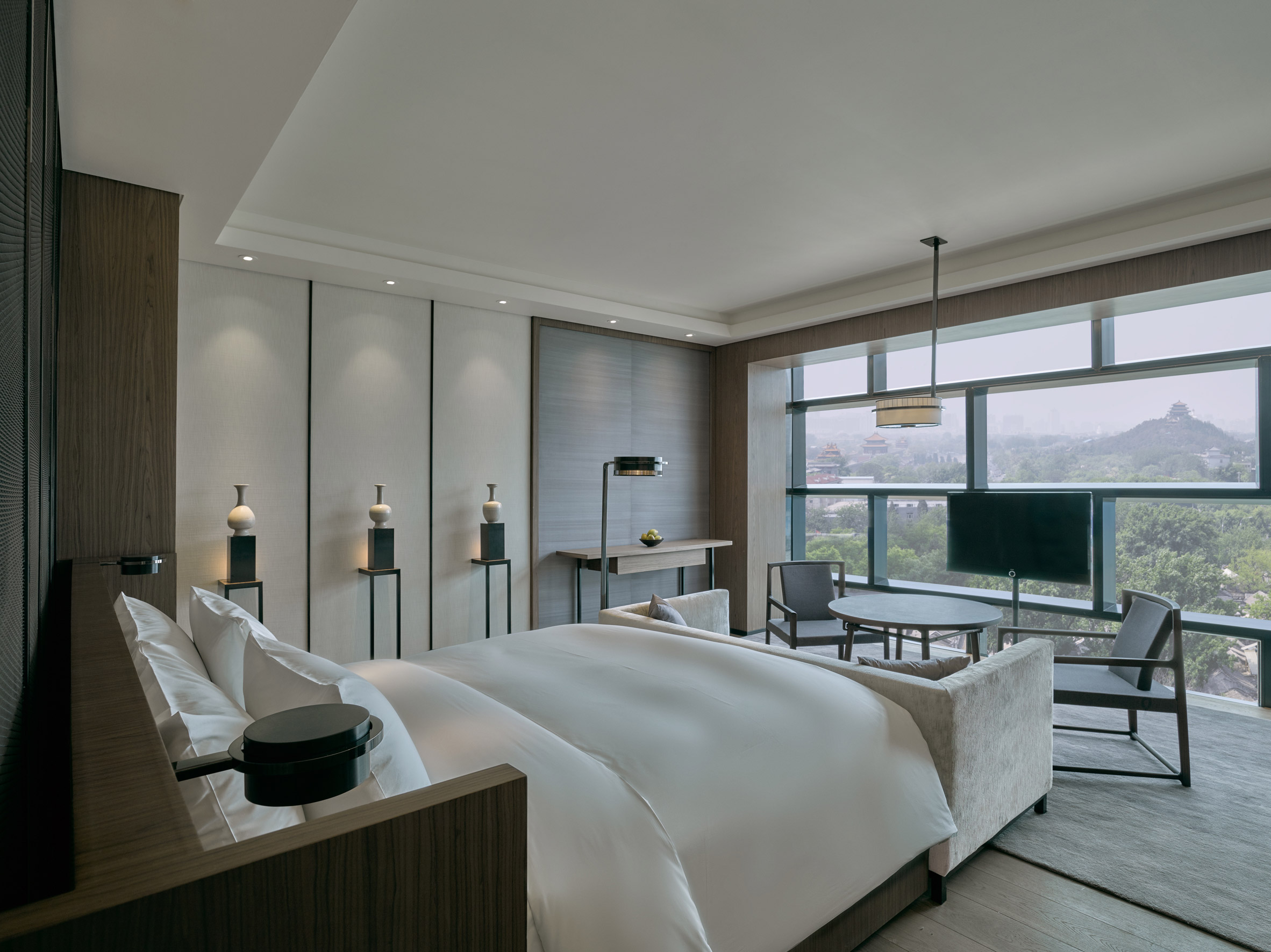 The PuXuan hotel and spa is located in the upper levels of the Guardian Art Center, which opened last year on the northeastern edge of Beijing’s Forbidden City.

While the lower section of the building comprises perforated, slate-grey blocks at the scale of nearby hutong houses, the upper part is formed of translucent glass bricks. This rectilinear volume contains The PuXuan’s 116 guest rooms and spa facilities. 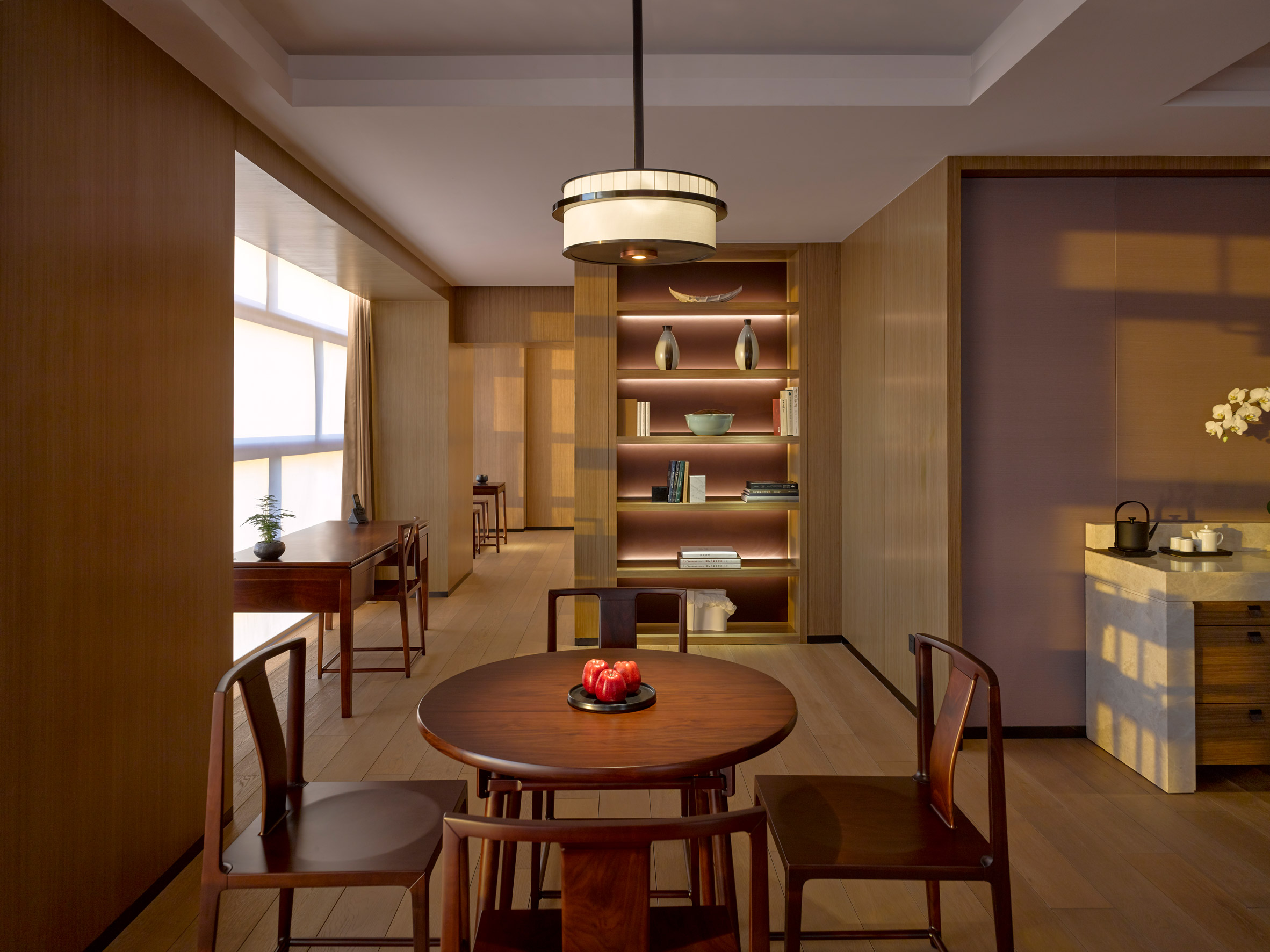 Charged with designing the interiors throughout the hotel, Shanghai-based MQ Studio opted for a rich colour and material palette.

Bedroom surfaces are lined in panels of light-hued timber, complemented by rattan screens that can be drawn across to provide additional privacy to living spaces. Headboards and rugs are in shades of mauve or chocolate brown. 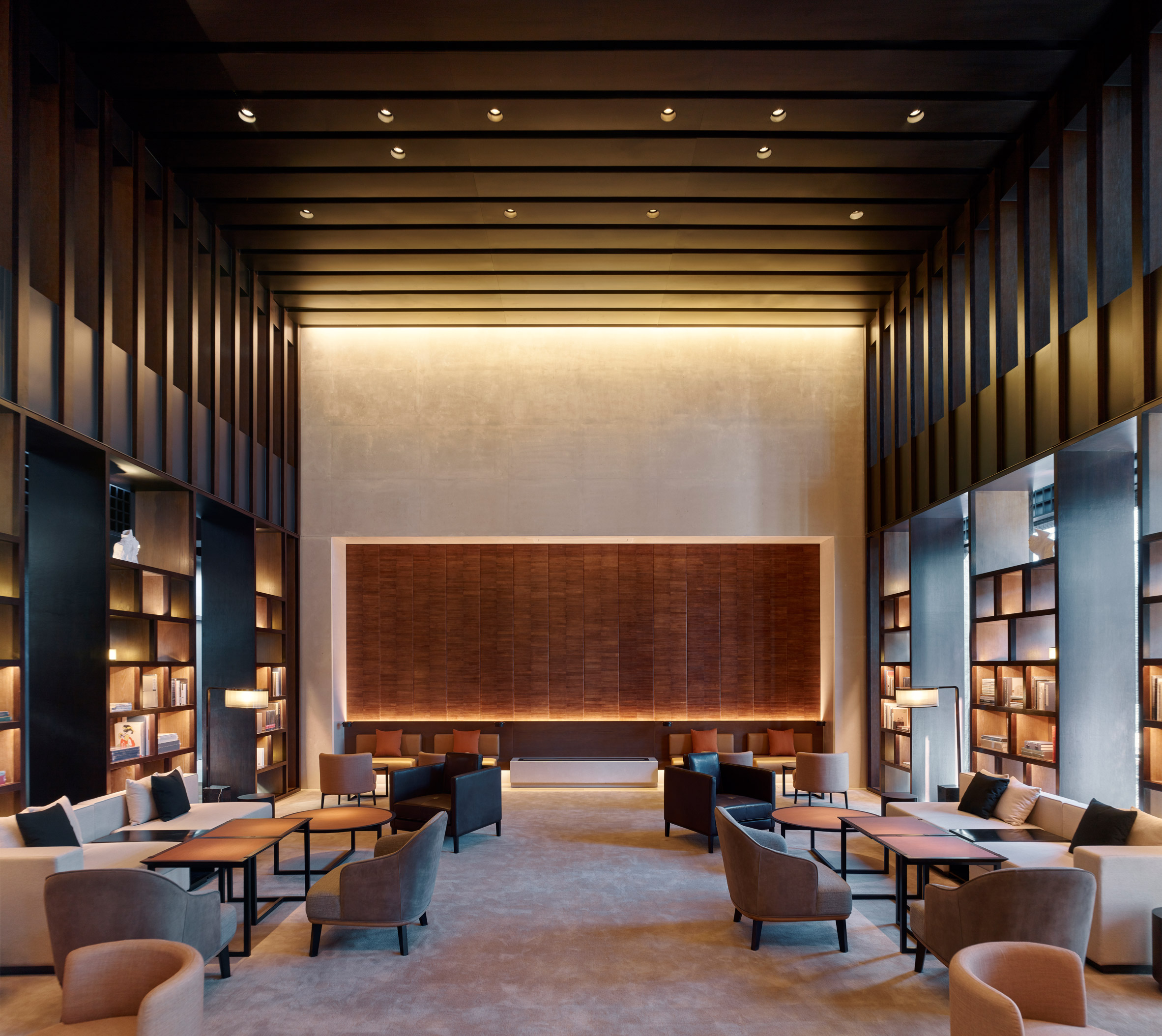 Similar-tone soft furnishings are scatted throughout The PuXuan Club, a guest suite in the hotel for large groups that is meant to feel more like a private townhouse.

As well as a kitchen, library, outdoor terrace, and meeting room, the suite also has a double height lounge area complete with its own fireplace. 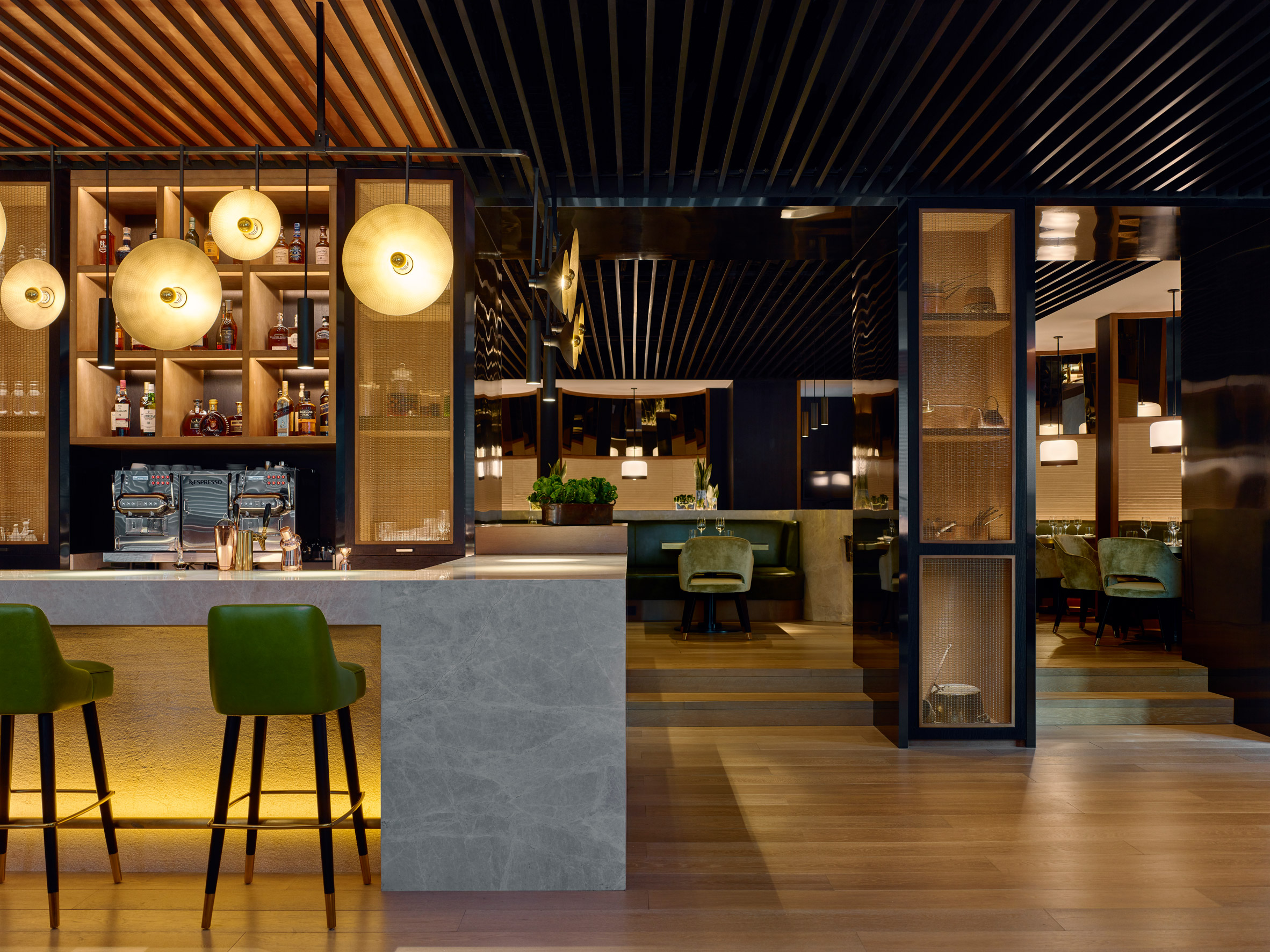 Downstairs in the hotel restaurant, which sits within the main body of The Guardian Arts Centre, olive green seating is combined with brass light fixtures.

The all-day dining space is named Rive Gauche after the southern bank of the River Seine in Paris, which became a hot spot for artists, writers, and philosophers in the early 20th century. 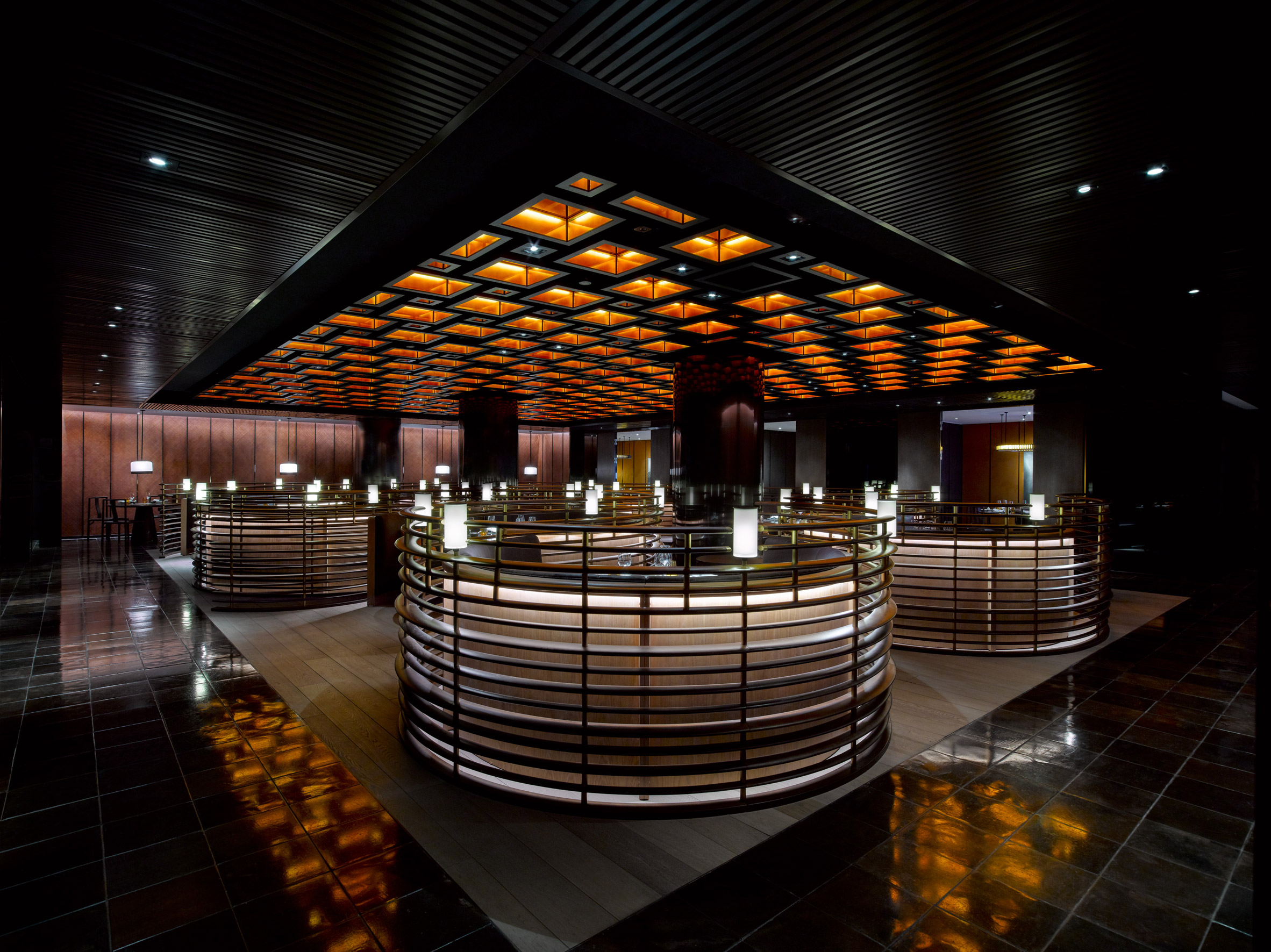 The other restaurant, called Fu Chun Ju, is completed with glossy black floors and a lowered ceiling crafted from amber glass. At its centre is a “courtyard”-style gathering of arced seating booths. 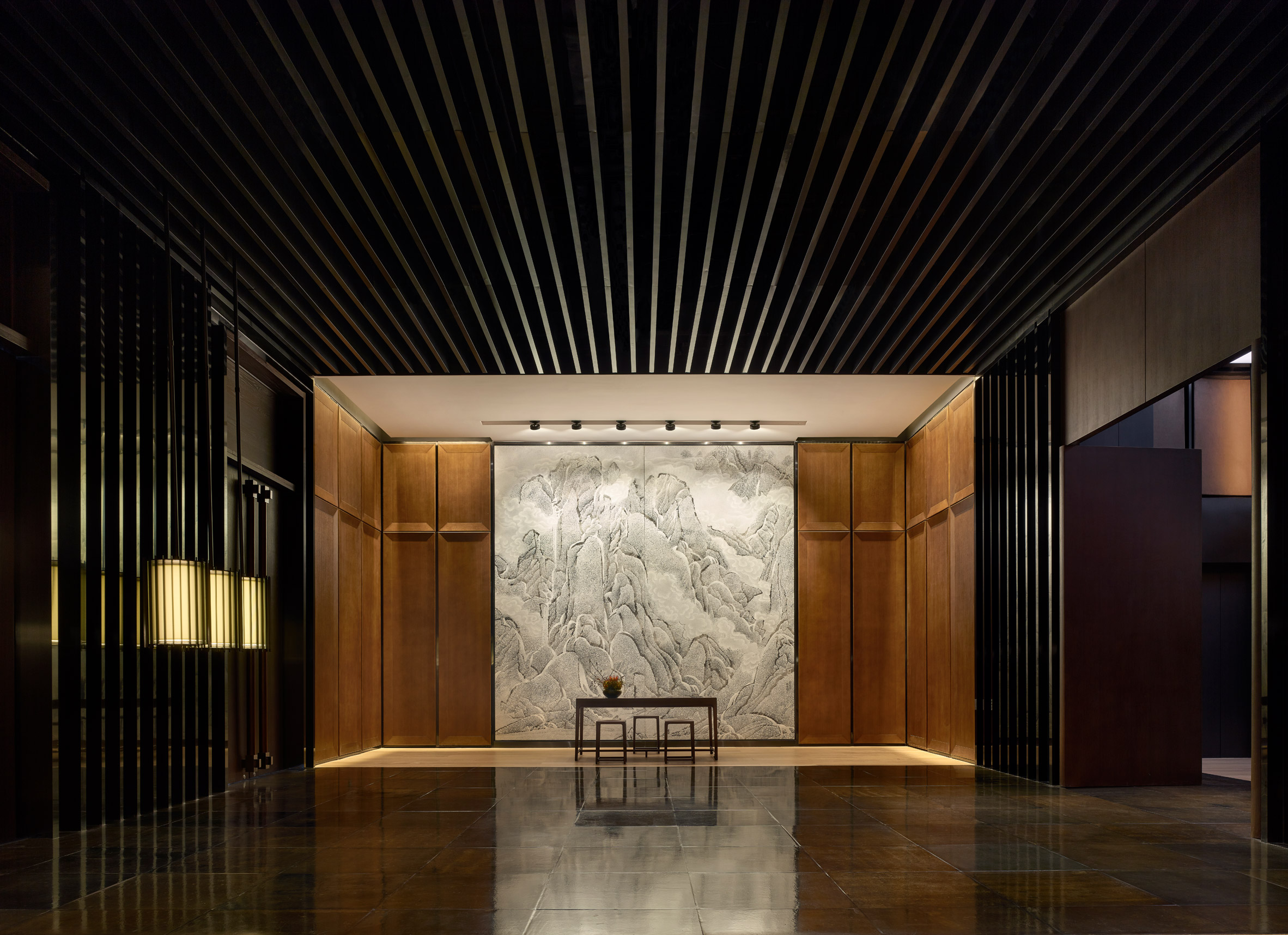 Other new hotels that have opened in China include Wuyuan Skywells, which occupies a 300-year-old building in the countryside, and the Shimao Wonderland Intercontinental, located in a quarry near Shanghai.

Photography is by Zhuhai.