MVRDV restored the industrial roots of this building in the Het Industriegebouw in Rotterdam to create a new home for the Groos design store.

The Groos store, which had spent four years in the Schieblock building, has become known as a design hotspot for Rotterdam. 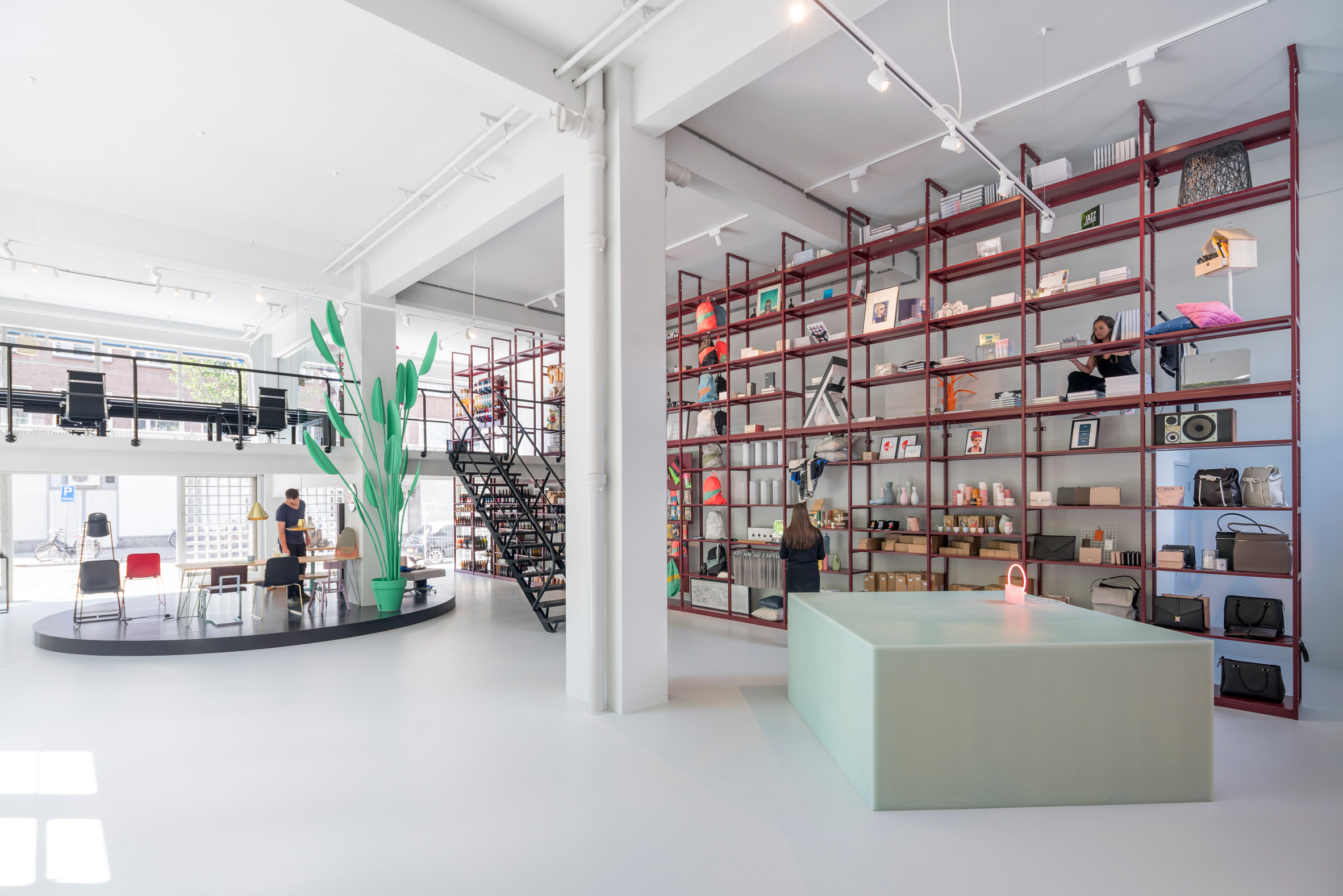 When the founders decided it was time to move premises to the Het Industriegebouw, they brought Dutch firm MVRDV on board to complete the interior renovation.

Groos joins a number of tech start-ups, artists, architects and designers moving to the communal space – which is fast becoming a hub for Rotterdam’s creative industries. 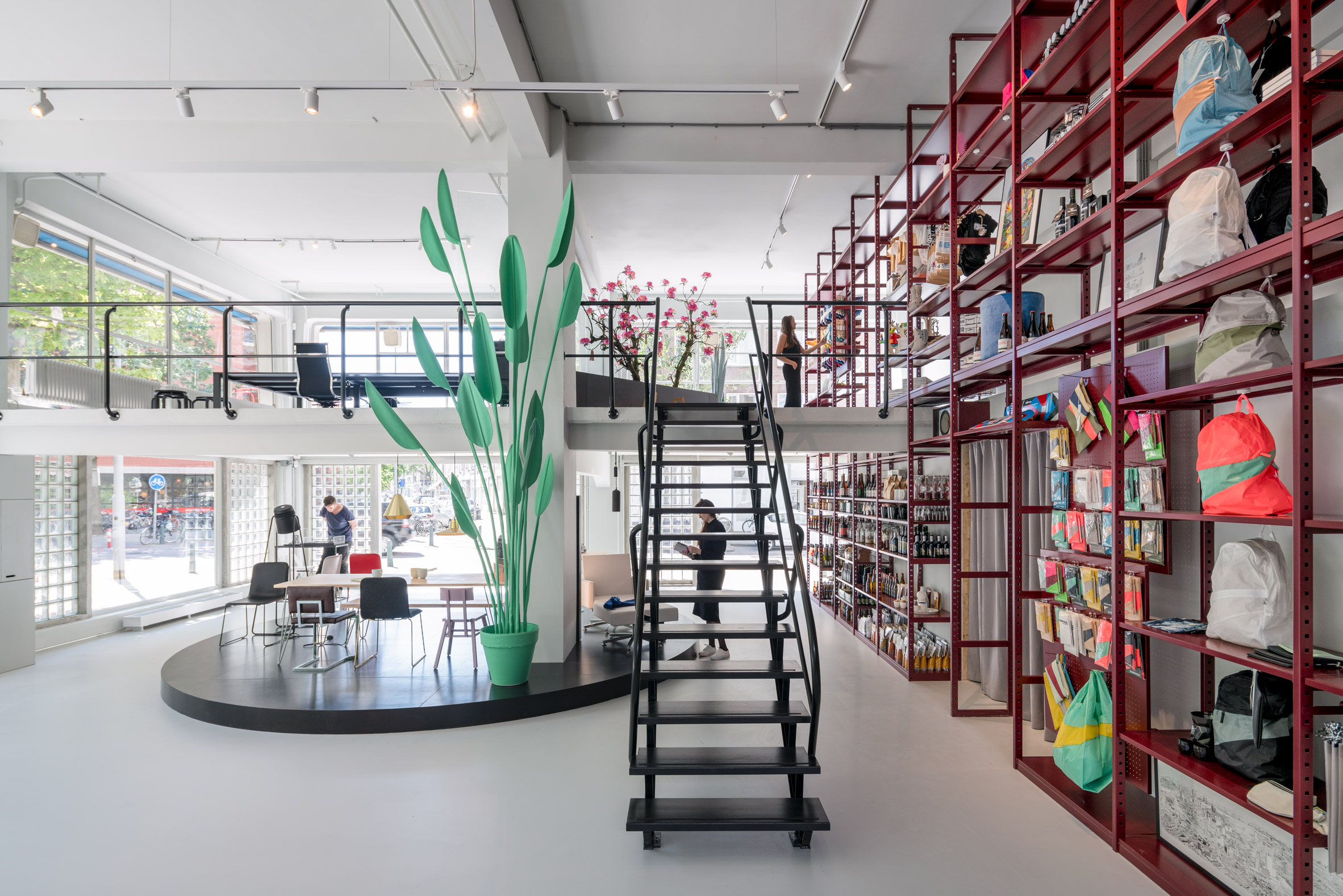 “As the store and city evolved, it seemed right for us to take the next step as well,” said Groos co-founder Tjeerd Hendriks. “We started out in Het Schieblock in an up-and-coming neighbourhood with minimum funds and now we are moving to a monumental and historical building.”

Also home to MVRDV’s office premises, the Het Industriegebouw is a post-war building complex in central Rotterdam designed by architects Hugh Maaskant – the same architect behind the building where MVRDV previously built a giant staircase out of scaffolding. 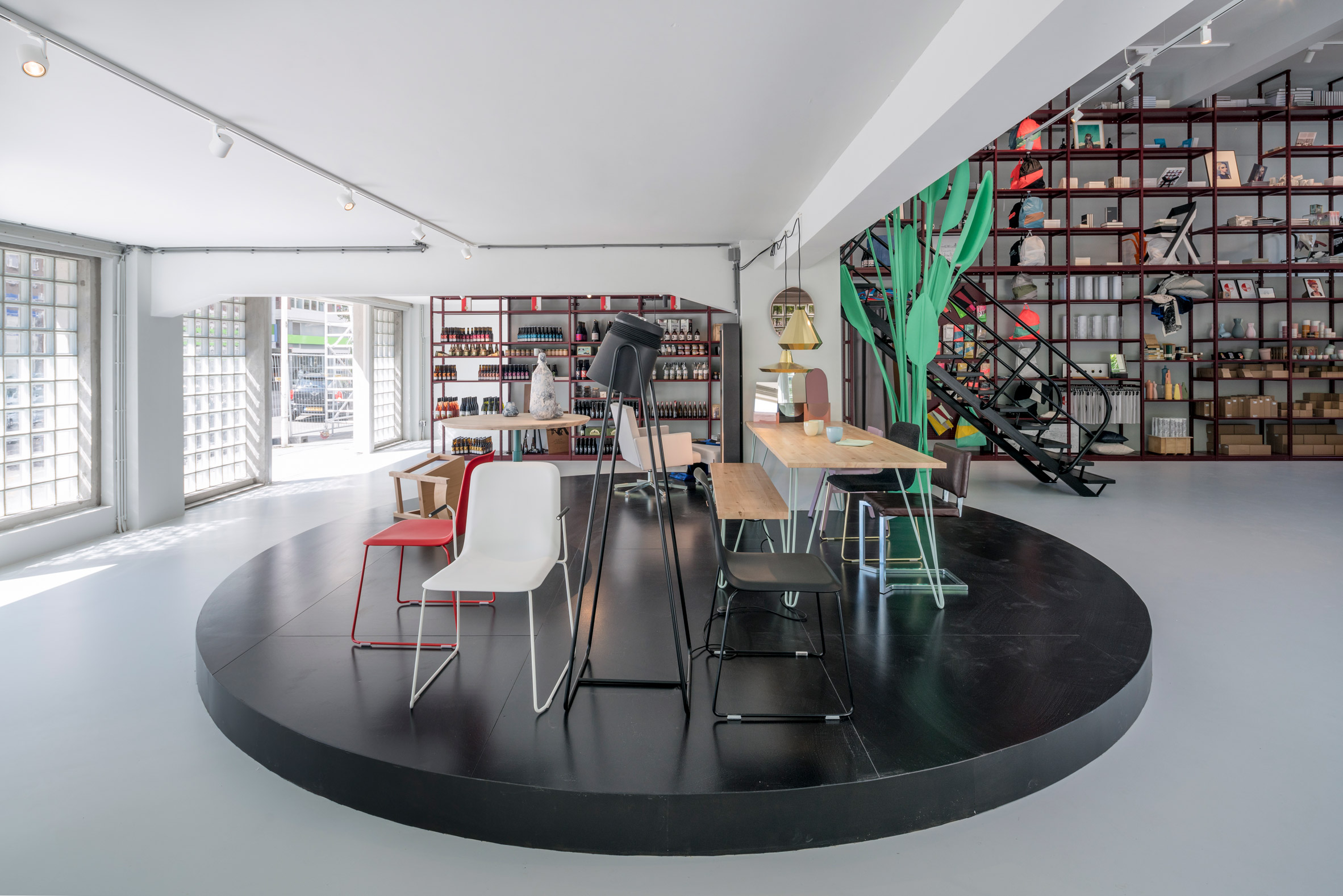 Keen to return the building to its industrial state, the firm stripped back the space before painting the concrete walls and ceilings white, and floors grey.

A custom-built shelving unit runs the length of the store, reaching up to its ceiling. This is intended to give the owners a versatile unit for changing displays and occasional exhibitions, as well as ensuring the maximum possible amount of floor space. 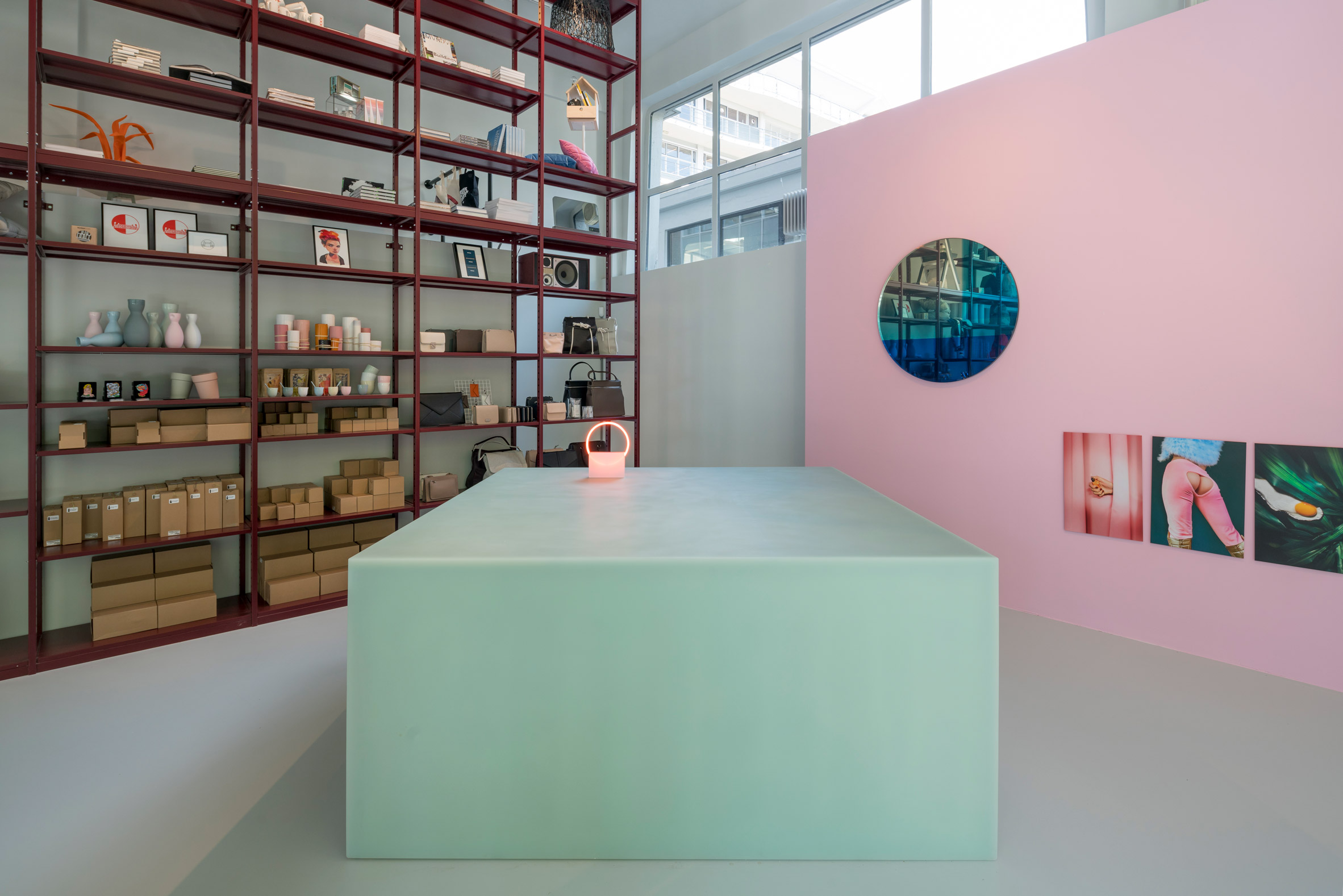 Rotterdam is establishing itself as a world-class destination for architectural innovation, thanks to new landmark buildings and experimental construction projects.

MVRDV has been based in the city since 1993. Its largest project there to date is the colossal Markthal, located a few streets away from the new office, and it is currently working on a bowl-shaped art depot for the Museum Boijmans Van Beuningen. 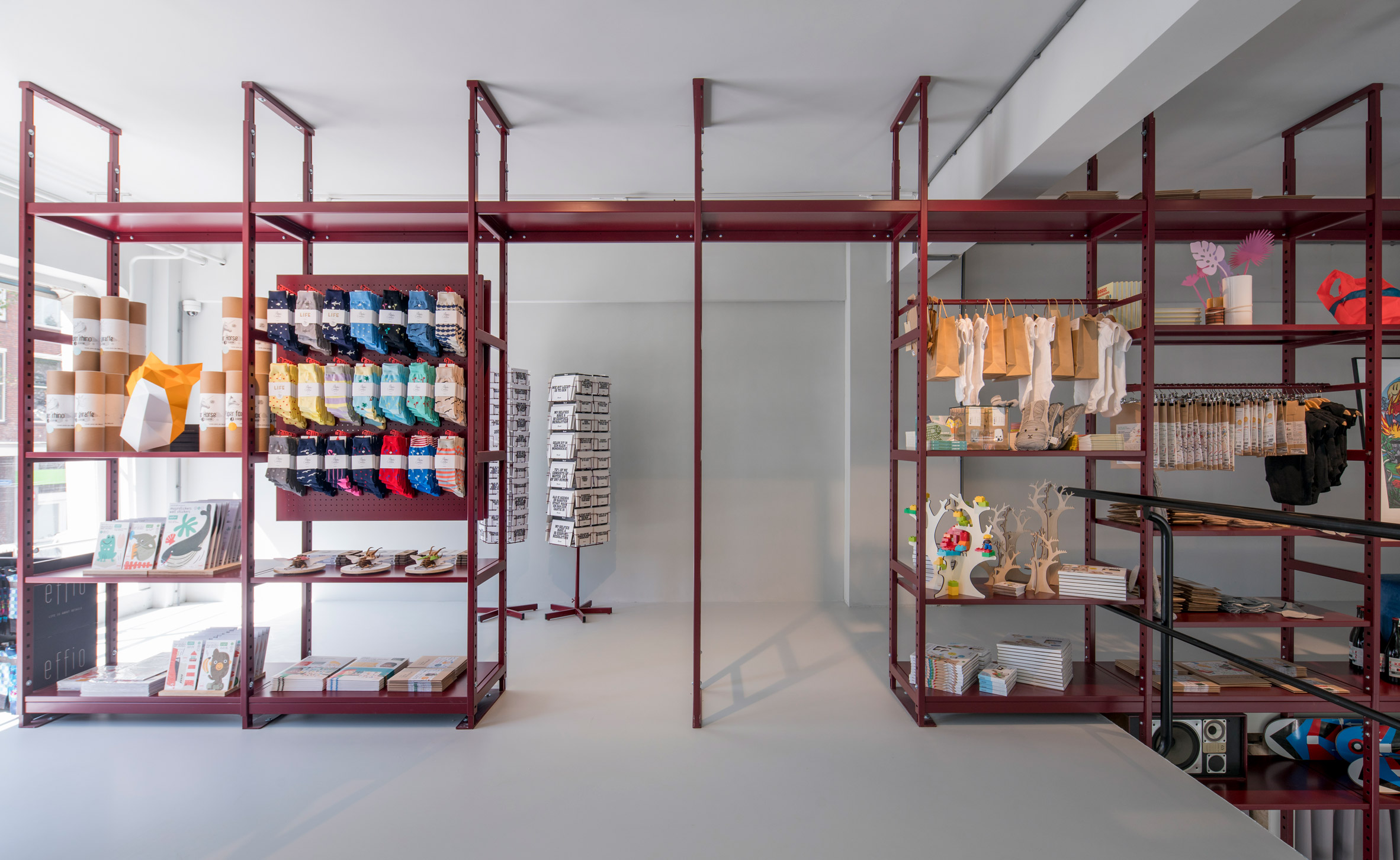 The firm came in at number nine on the inaugural Dezeen Hot list, thanks to the popularity of a number of its recent projects – including a Chanel store in Amsterdam, which features a facade made up of glass bricks.