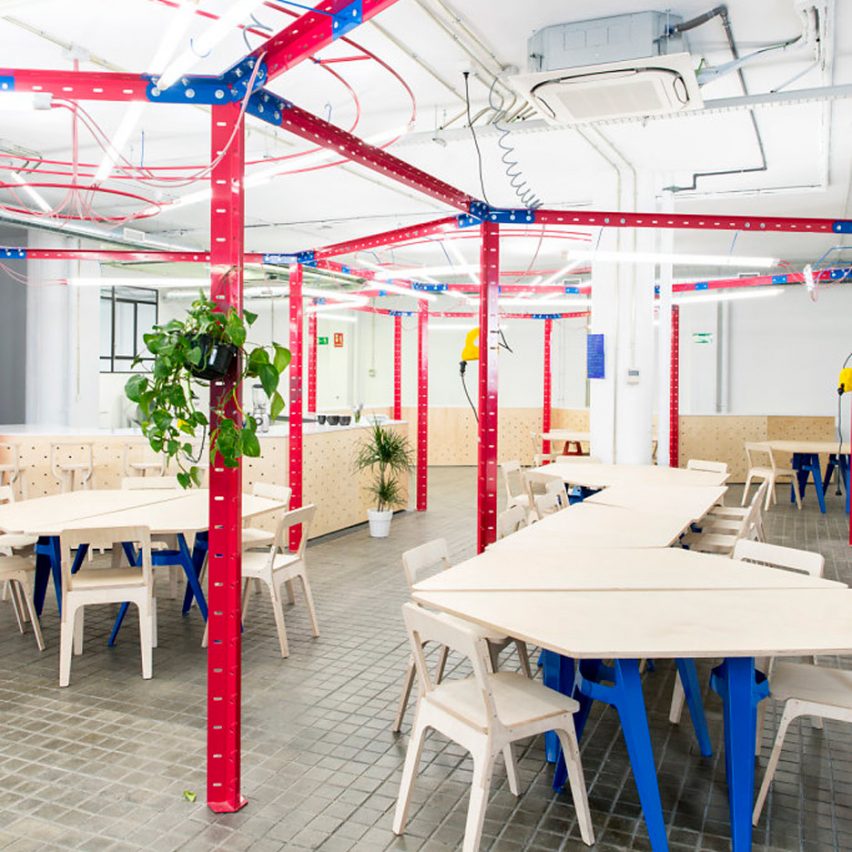 Exposed computer hardware and toy construction models informed the aesthetic of this innovation lab in Madrid, which architecture studio Nacho Martin has created for the Istituto Europeo di Design.

The Istituto Europeo di Design (IED) Innovation Lab in the southwestern suburb of Carabanchel by Nacho Martin features a series of colourful yet practical workstations that allow the 5,000-square-metre space to serve as a “design playground”. 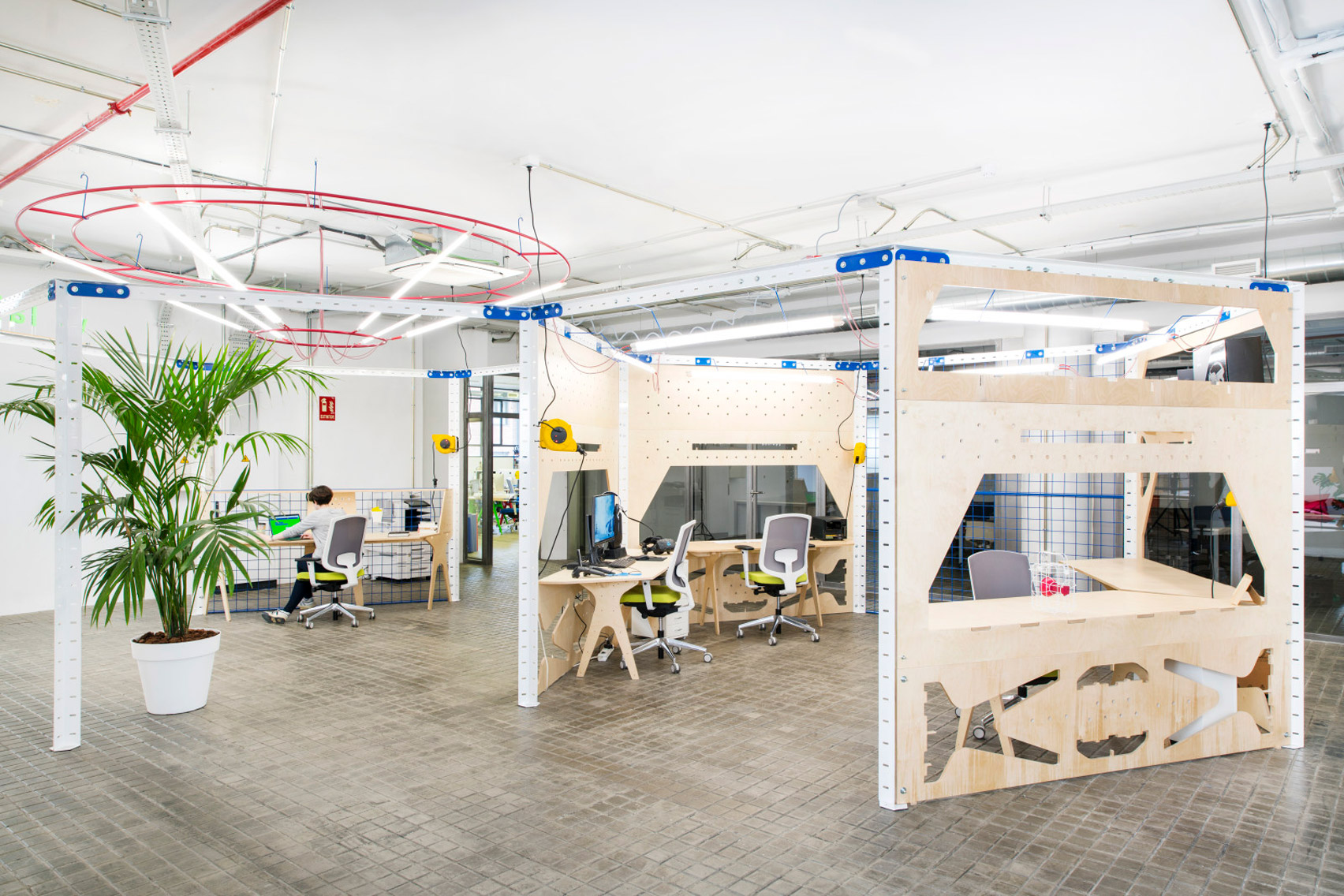 Founded in 1966, the IED offers qualifications and training courses in creative subjects such as fashion, visual arts, design, and communications. The school has a base in Barcelona, as well as branches across Italy and in South America.

The new Madrid lab is a designated space where students, teachers, and individuals from neighbouring communities can make and trial prototypes of wider innovative projects. 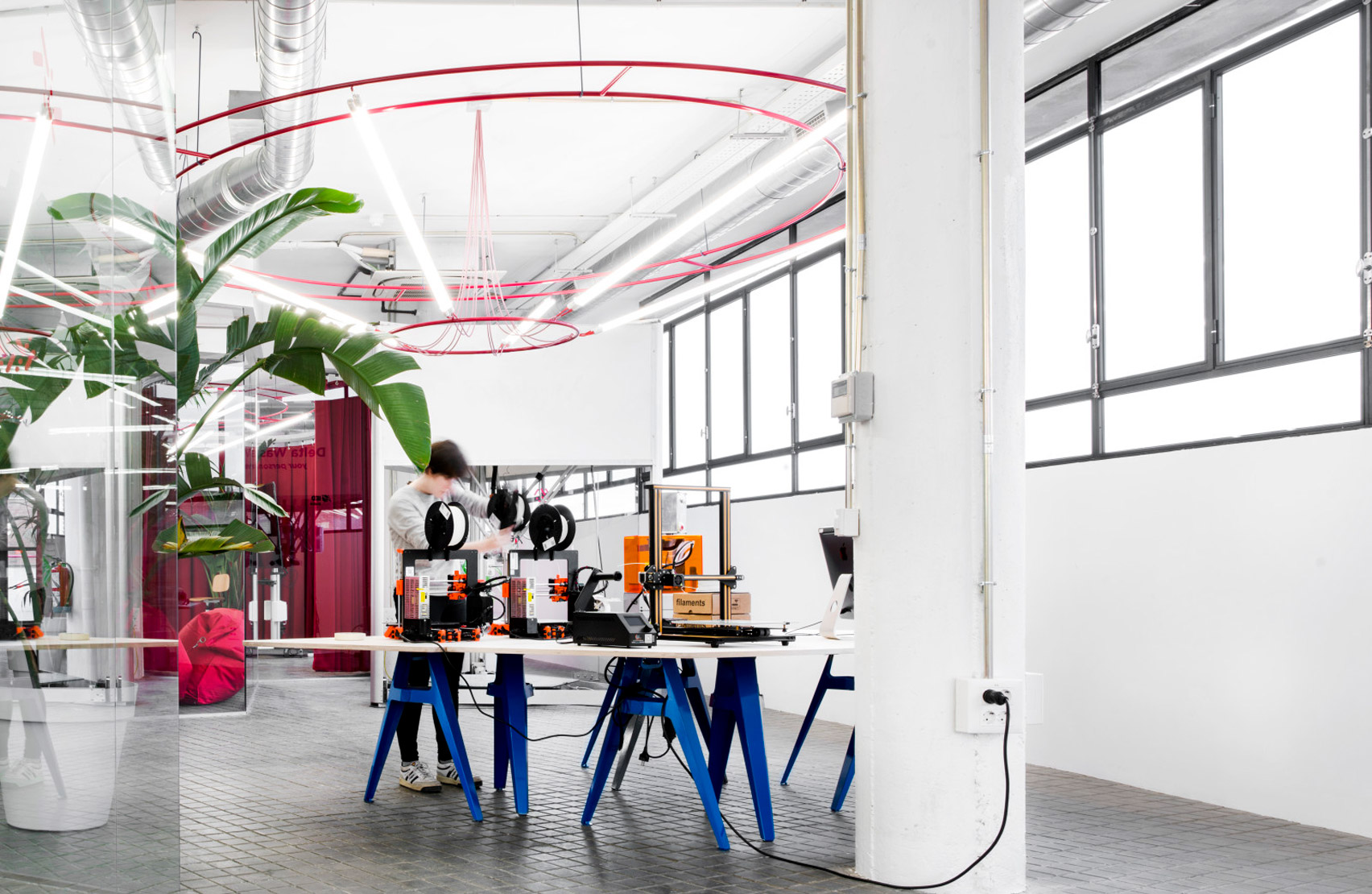 “[The lab] is a playful framework designed to offer infinite possibilities of configuration and flexible temporalities,” explained the studio.

“The outcome is a hive of co-creation, its units propel the connection and friction between diverse disciplines, aesthetics, and working protocols.” 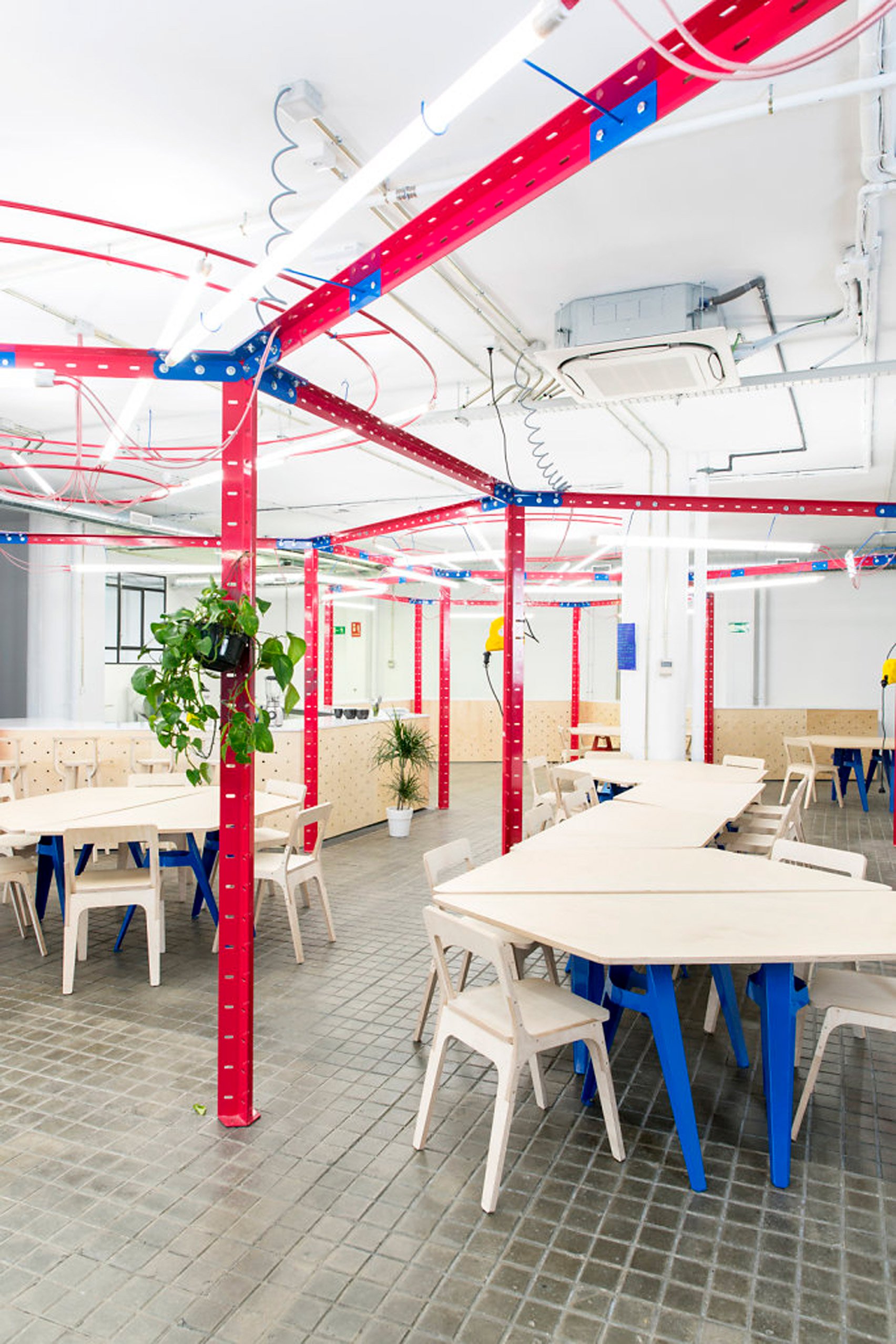 The site was formally used to manufacture furniture and then as a store for industrial printing machines, but Nacho Martin and his team have only carried out a handful of changes.

The studio has maintained the building’s white-painted structural shell and erected a series of five labs throughout its interiors. 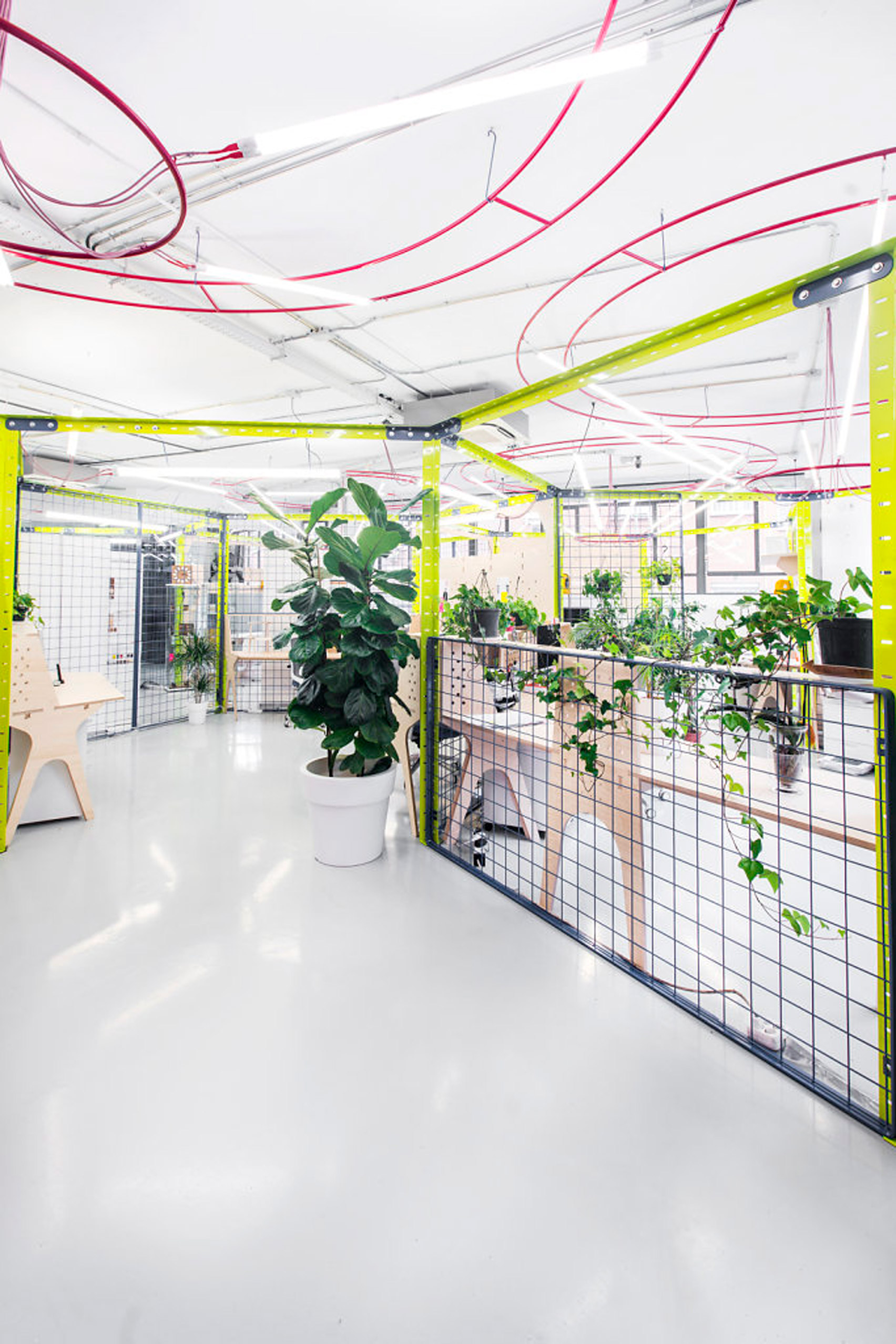 Red, white, and neon yellow metal beams have been used to create the framework of each lab, joined by gridded metal timber partition walls that have been CNC-cut with small holes. Together they’re intended to emulate the appearance of toy construction systems like Meccano, or computer motherboards.

Other surfaces have been crafted from sheets of blue gridded metal or are covered with bright red curtains. 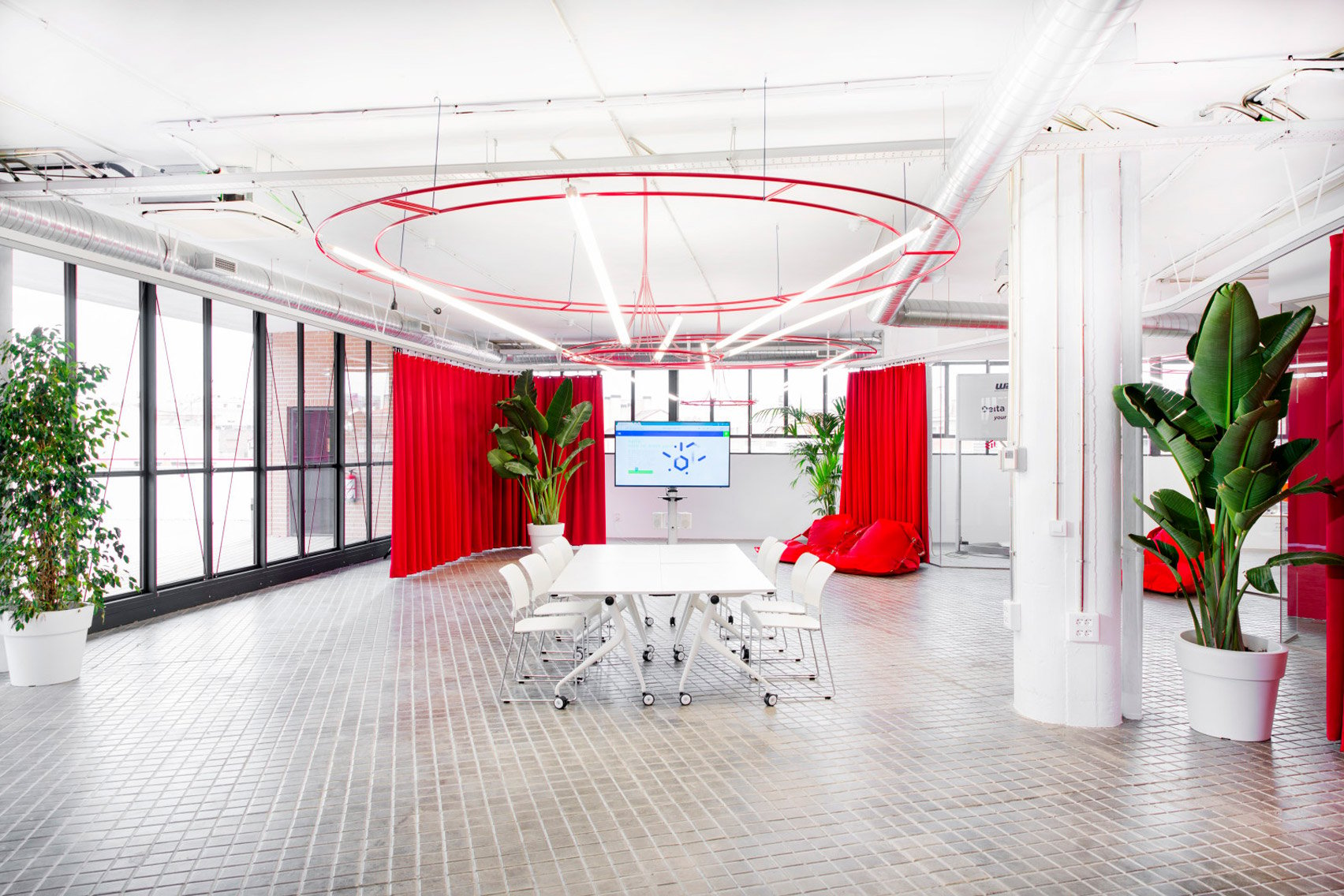 The Fab Lab is dedicated to exploring emerging fabrication techniques, while the Extended Reality Lab looks into VR and AR technology. A City Lab is used to develop ideas for urban living, and the Future Food Lab investigates society’s approach to nutrition and growth of produce. There is also a Media Lab that examines the make-up of creative work organisations.

Visitors can choose to convene at one of the lab’s long, meeting-style tables or on oversized beanbags that have been placed on grass-like patches of thick green carpet. Further splashes of colour are provided by leafy potted plants that have been dotted throughout the space. 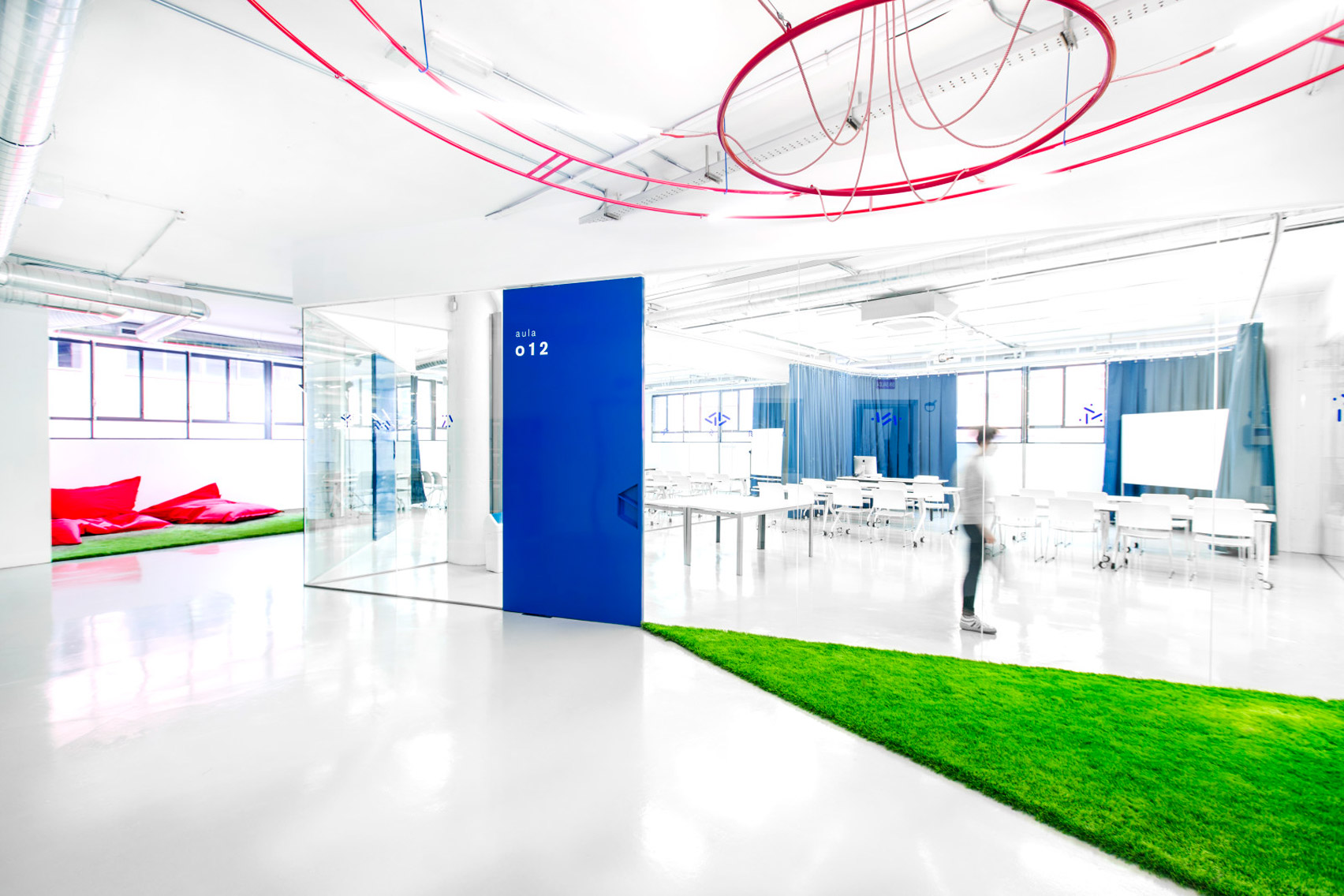