Jean-Marc Drut is the owner of Appartement N°5, one of 337 homes inside the housing block that is one of Le Corbusier‘s most famous designs. Every year he hands over his home to a new designer to reimagine. 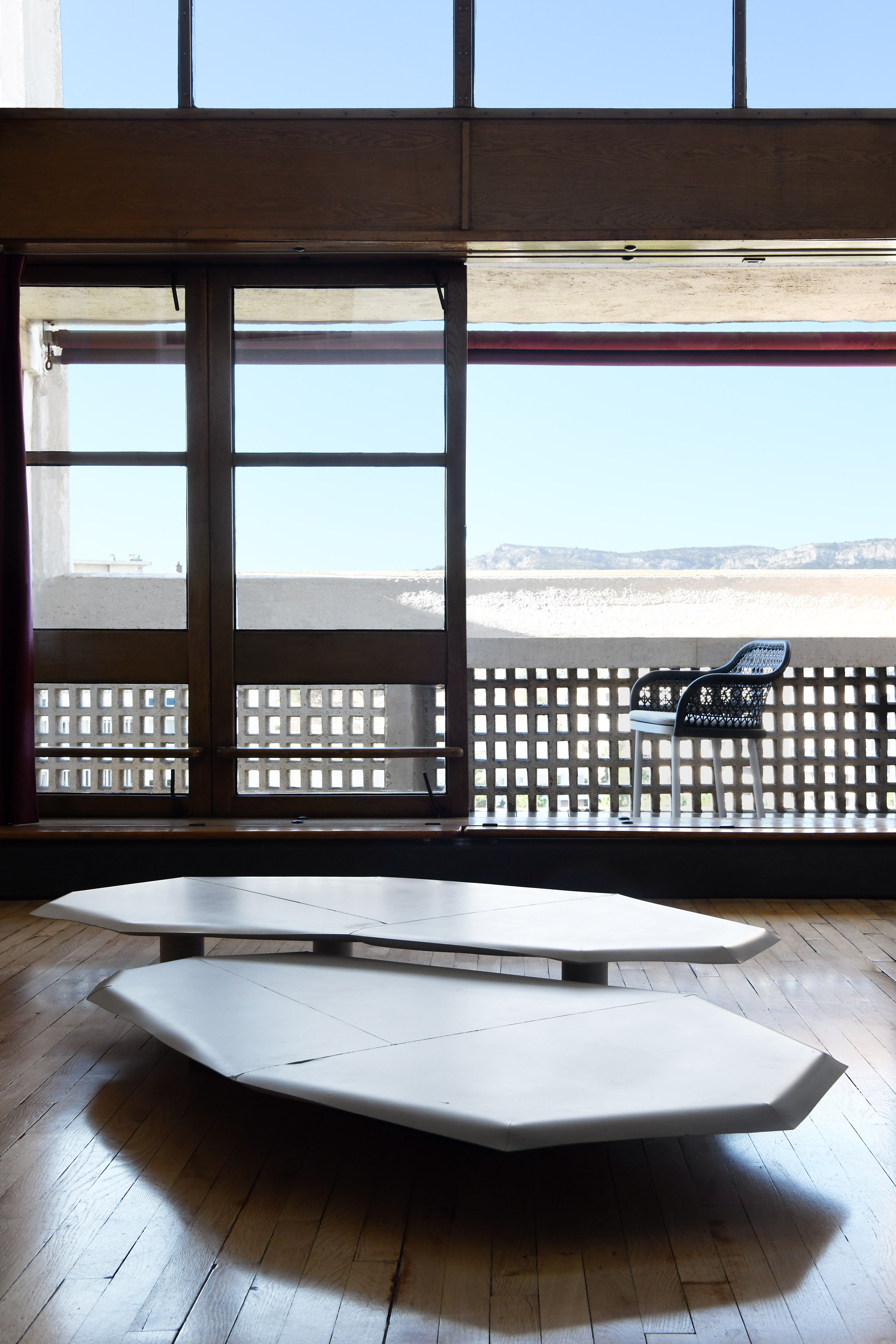 This year, Normal Studio‘s Jean-François Dingjian and Eloi Chafaï have filled the apartment with a selection of their most innovative designs. They see this as a response to the radical nature of the building.

“The Cité Radieuse is an experimental building, and this experimental dimension is important to our studio,” they explained. 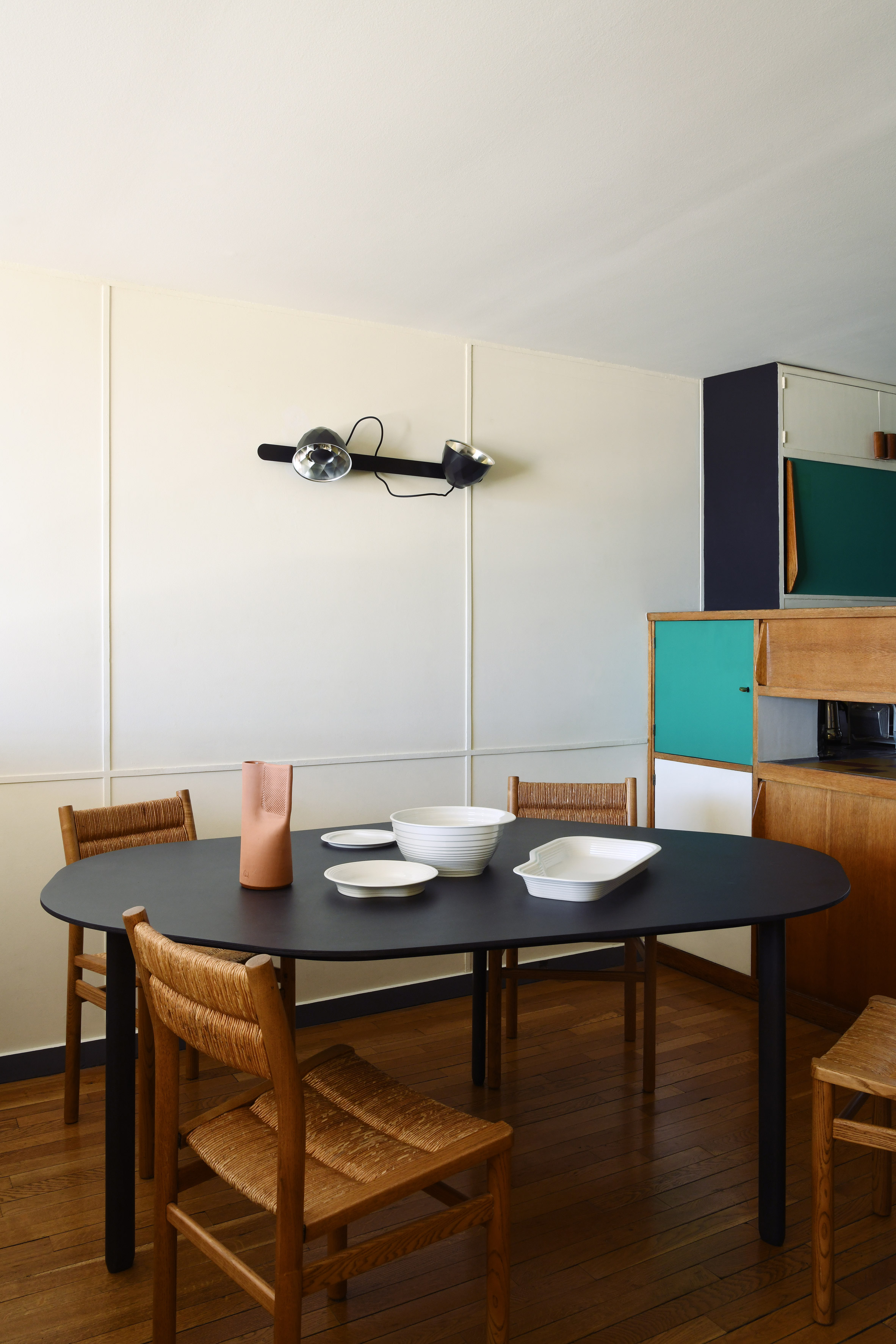 The Paris-based designers have positioned 30 objects inside the 98-square-metre apartment. These include one-off pieces created for galleries and exhibitions, as well as prototypes and exploratory work.

“We’re used to seeing our pieces in large spaces such as our studio, or a factory,” said the designers. “So this is one of the rare times we can see a large group of our projects brought together in a domestic setting.” 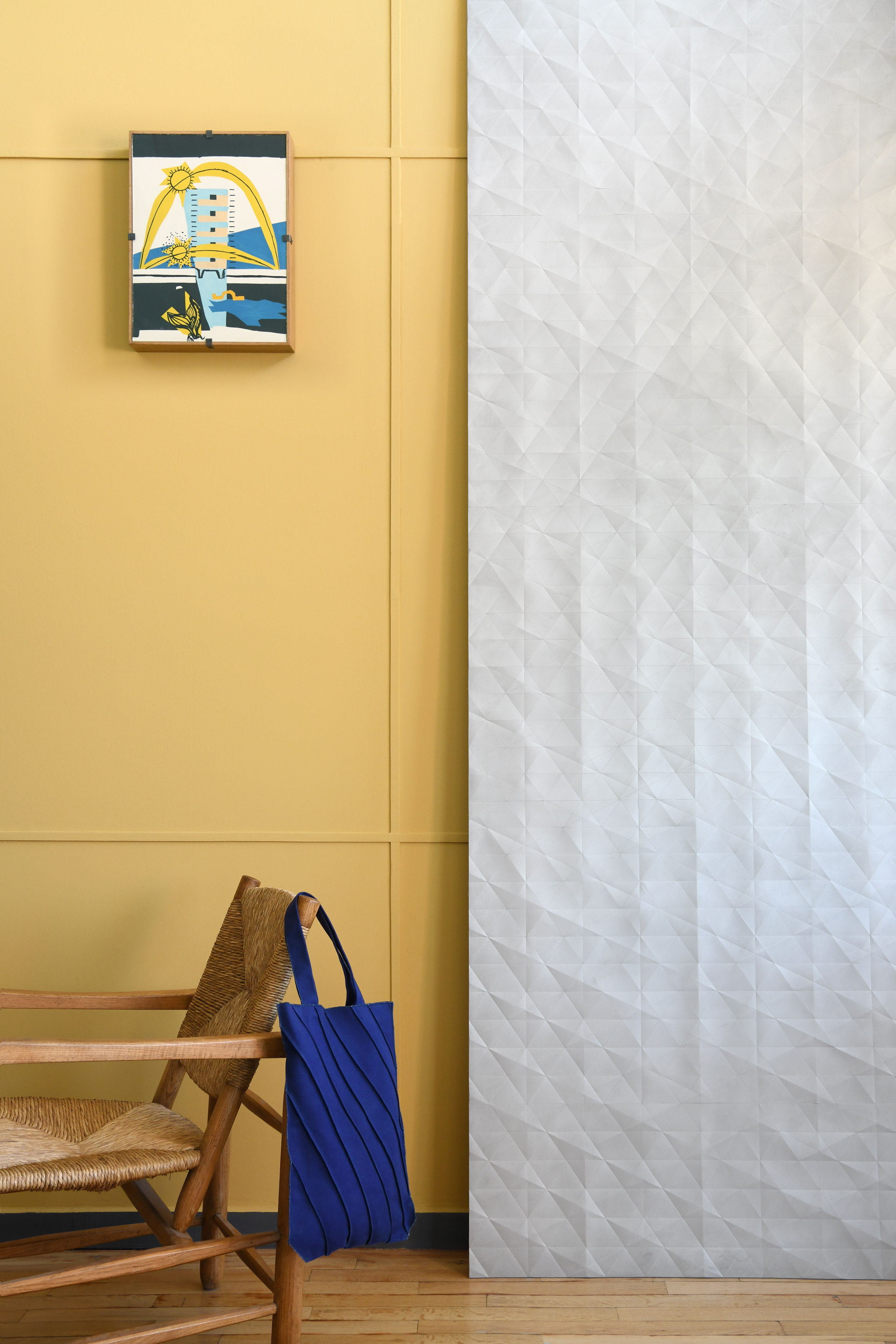 On display for the first time are a series of experimental glass-blown lamps, developed at the International Centre of Glass and Plastic Arts (CIRVA), Marseille.

There are also several research projects, included pieces that explore the use of concrete as a material in furnishings. These include a panel made for Concrete LCDA that is moulded on a folded paper sheet. 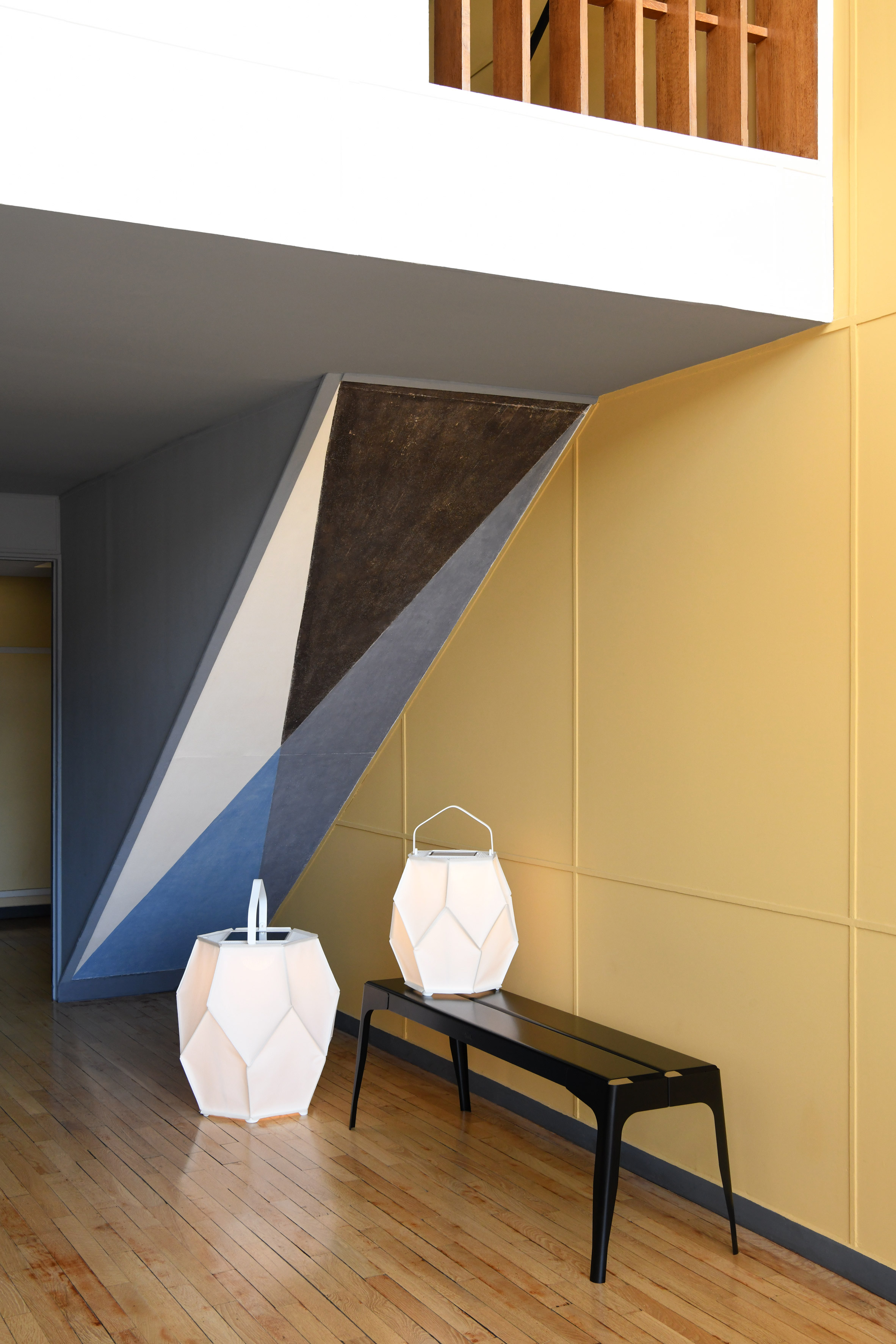 “We love the contrast between a very fragile mould and a concrete volume,” say Normal Studio. “We use concrete because we enjoy the way that this fluid material becomes solid and strong.

“For Le Corbusier, this material was an essential theme. While he worked with it on an architectural scale, in a more brutalist manner, we’re using it in a more domestic sphere, moulded in paper or textile, which makes it look lighter.”

There are also smaller accessories, such as the Mimic Mirror created for Muuto.

These new additions are accompanied by a selection of classic furniture pieces, by designers who worked closely with Le Corbusier in the 1920s and 1930s. They include chairs by Charlotte Perriand and a Pierre Jeanneret-designed armchair. 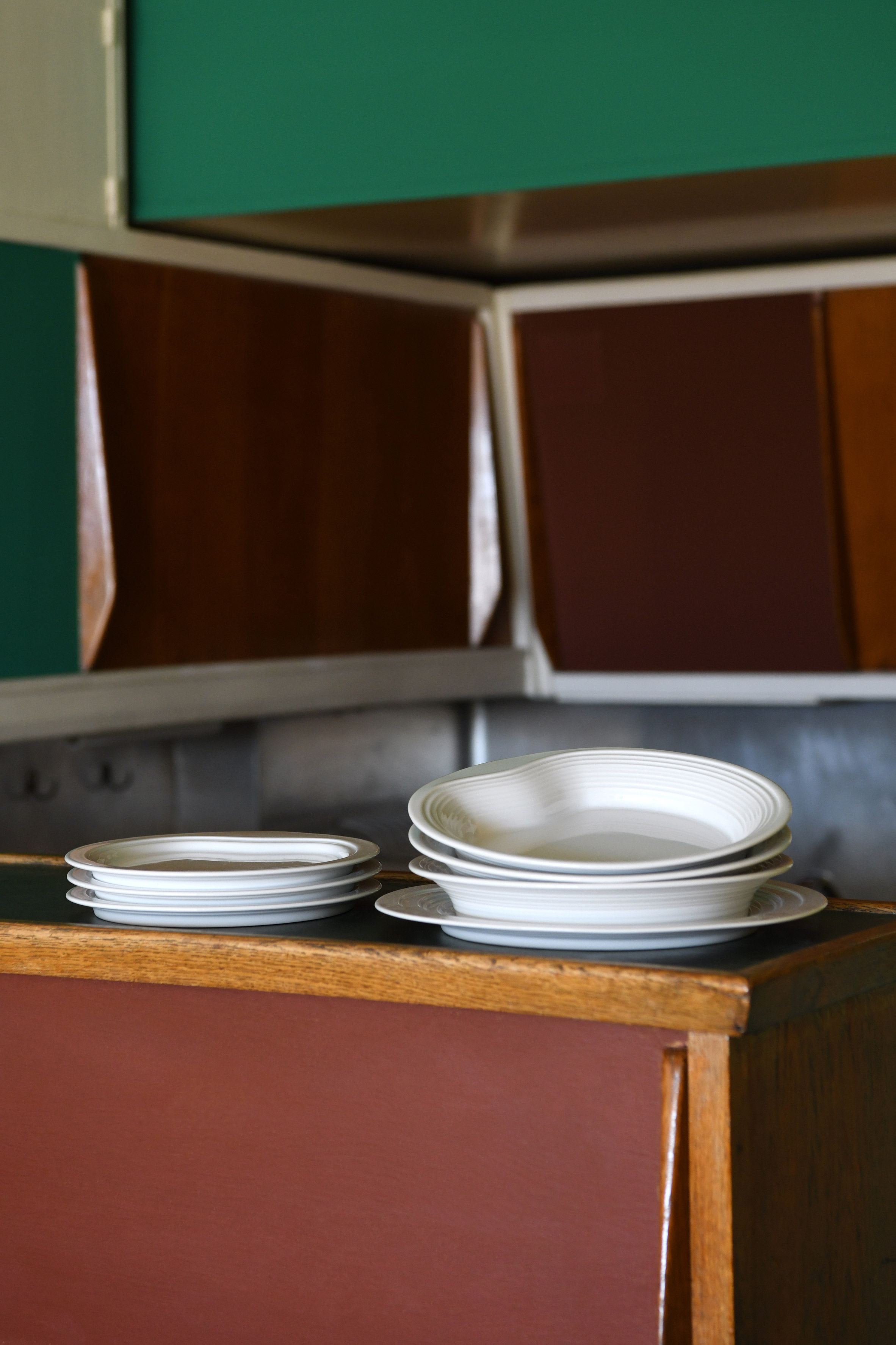 The ongoing Appartement N°50 project began in the building in 2008, when Drut invited British designer Jasper Morrison to reimagine the interior. Since then, Ronan & Erwan Bouroullec, Pierre Charpin, Konstantin Grcic, Alessandro Mendini and students from ÉCAL have all had a turn. 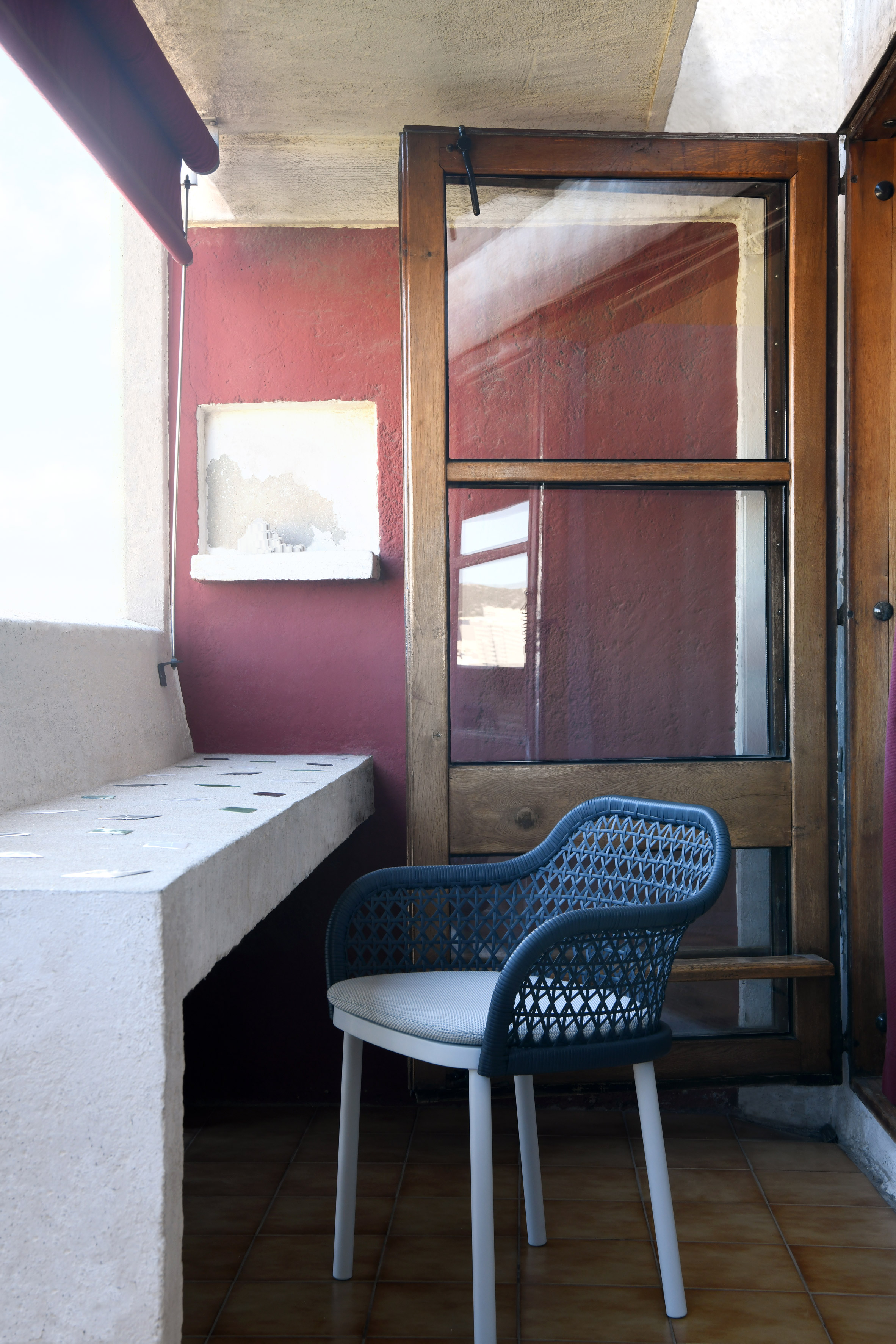 In previous years, each designer has chosen the studio that will follow them. But for this year’s edition, Drut himself chose Normal Studio.

The two designers are developing a reputation for their experimental approach to design. Their work focuses on how to pare back everyday objects to their most essential form using technology in the creation process.

Drut was particularly inspired by furniture the pair has designed for French furniture brand Tolix. 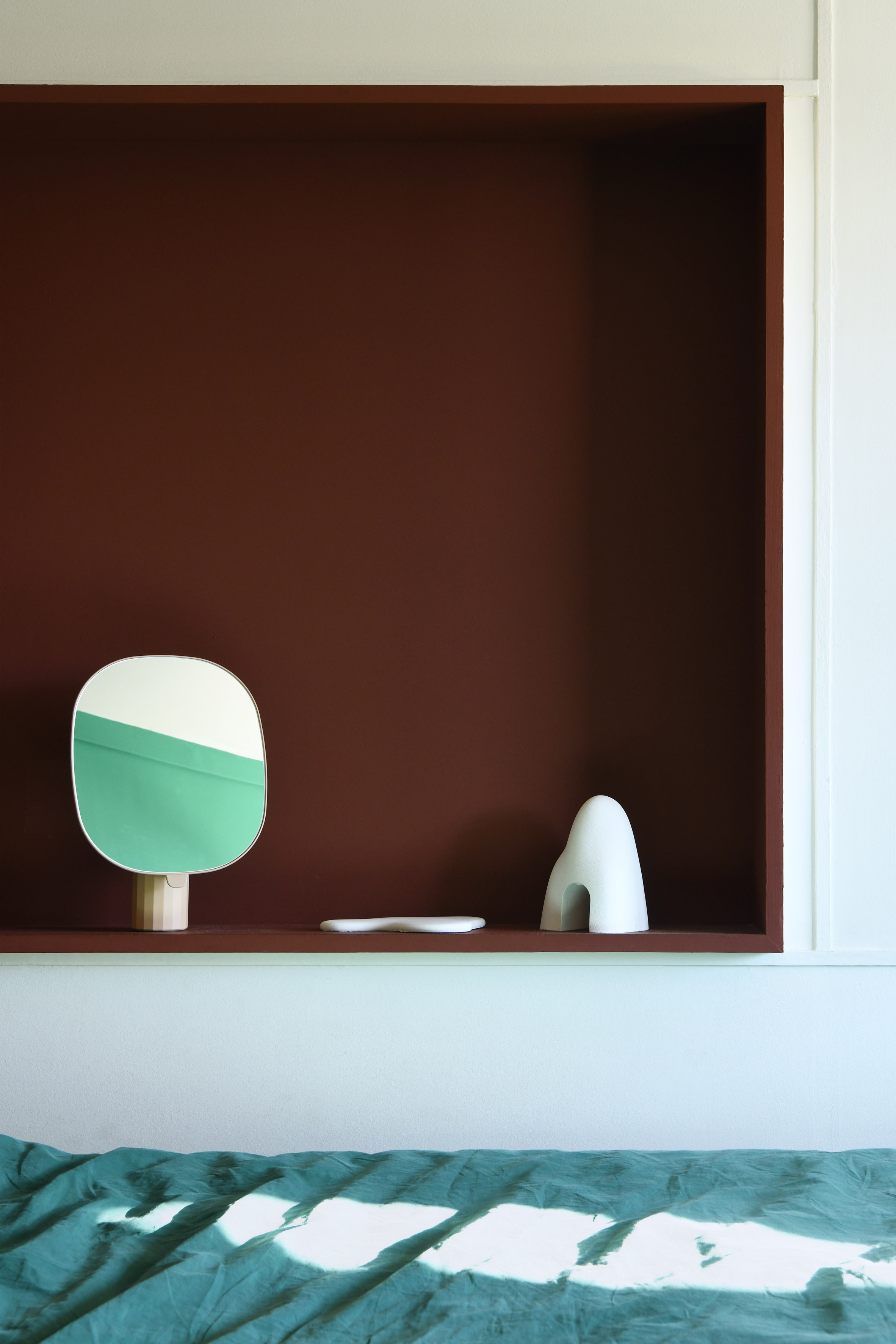 “They push the material to its limits without cheating: a concrete table is 100 percent in concrete, a glass lamp is 100 percent glass, a metal Credenza is 100 per cent steel. It is at the same time quite sophisticated but strong and honest,” explained Drut.

“Also, their work with Tolix reminded me of the work of Jean Prouvé, who has a connection with the apartment as the staircase and various original metal elements are designed by him.” 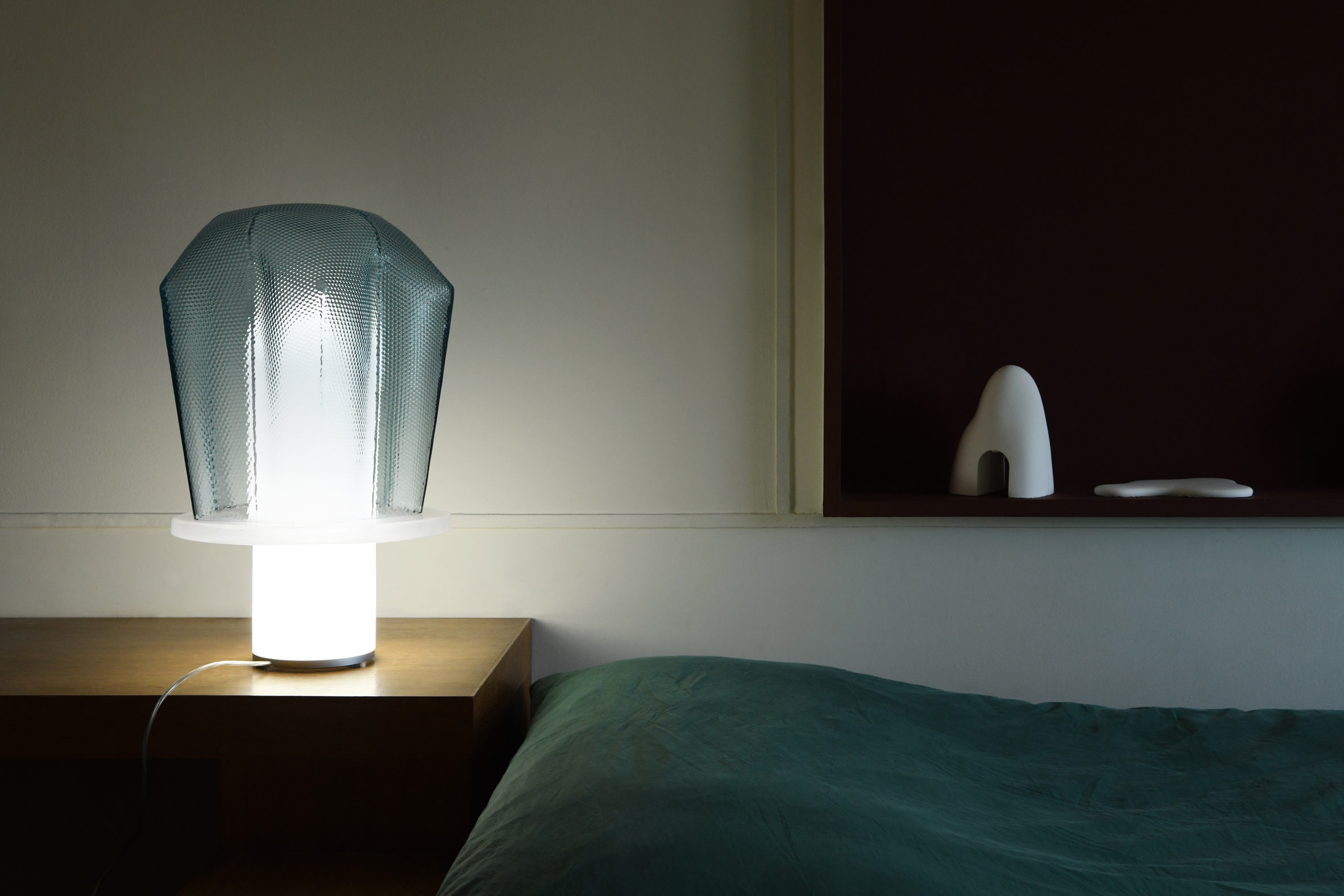 With all the lights and lamps that Normal Studio have included, the apartment has a distinctive character after dark.

As the light installations replace the daylight, the designers suggested they have – somewhat accidentally – created a private version of the exhibition for the owners.