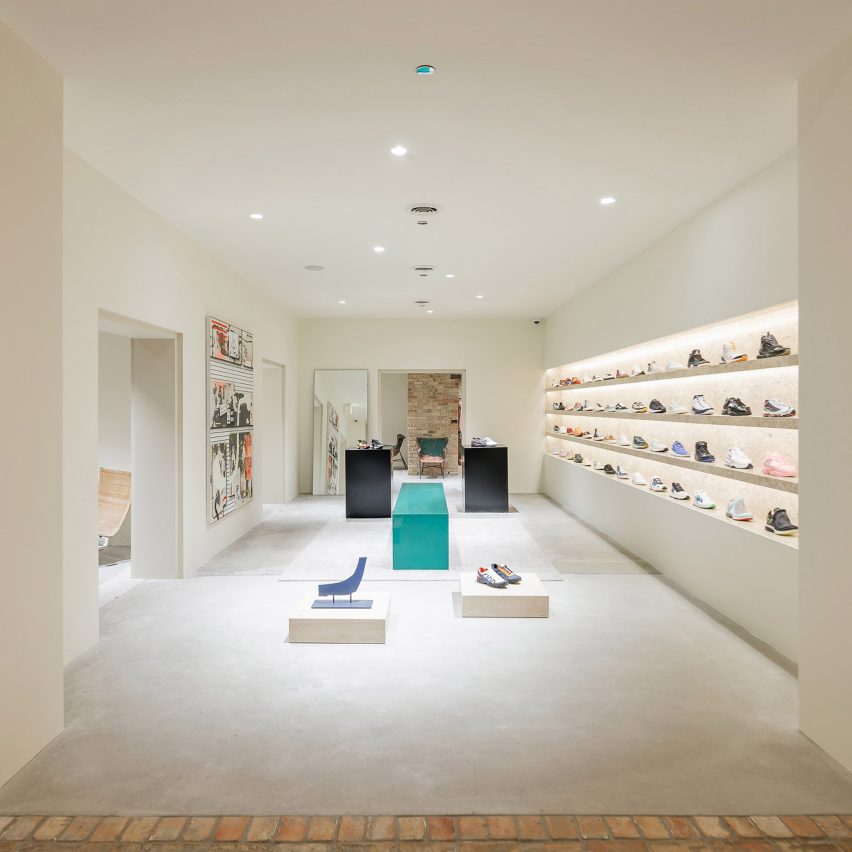 US firm Norman Kelley has merged old and new elements inside the flagship store for clothing retailer Notre, which is housed inside a 113-year-old building in central Chicago.

The Notre store is located in the Fulton-Randolph Market District, a historic area within the city’s West Loop. It occupies the first floor of a 1906 building that once housed the Edward Katzinger & Company, which manufactured tin pans for bakeries. 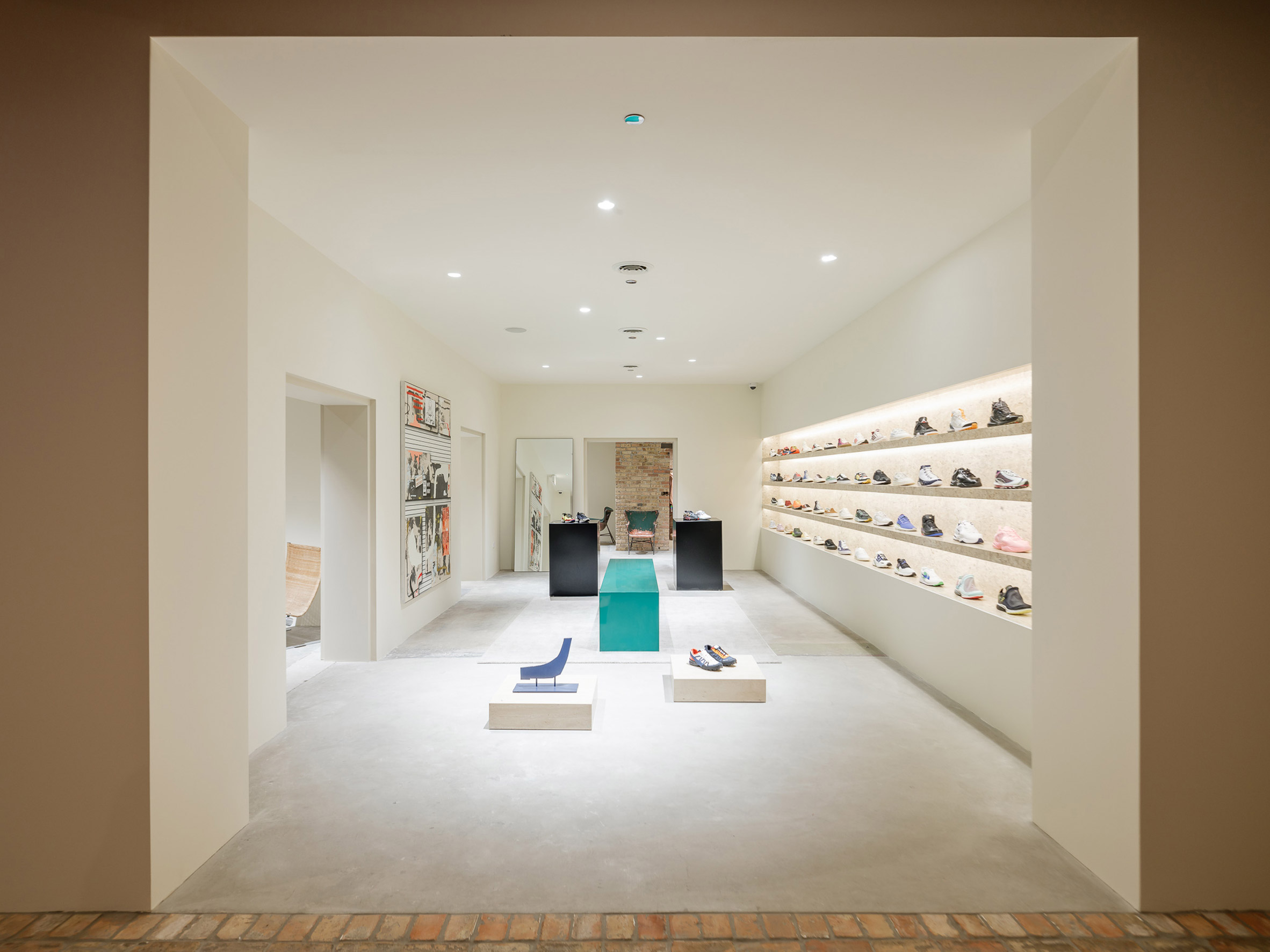 Formerly encompassing a linear, 1,800-square-foot (167 square metres) space, the store now spans 4,500 square feet (418 square metres). The expansion was made possible when a neighbouring art gallery moved out in 2018. 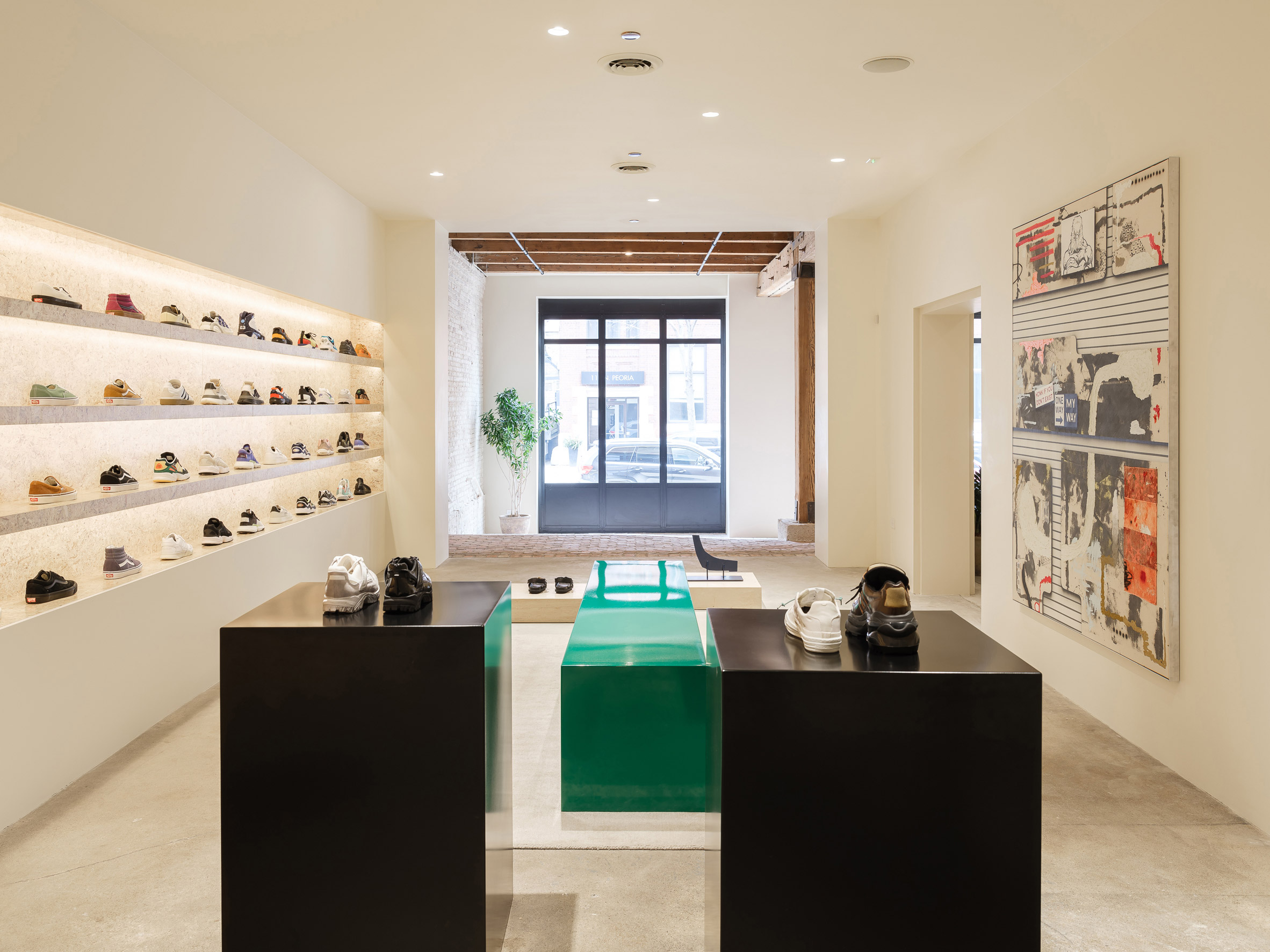 “The existing conditions conveyed a high contrast between a white wall gallery and a massive, heavy timber structure with exposed mechanical and fire safety systems,” Norman Kelley said in a project description. 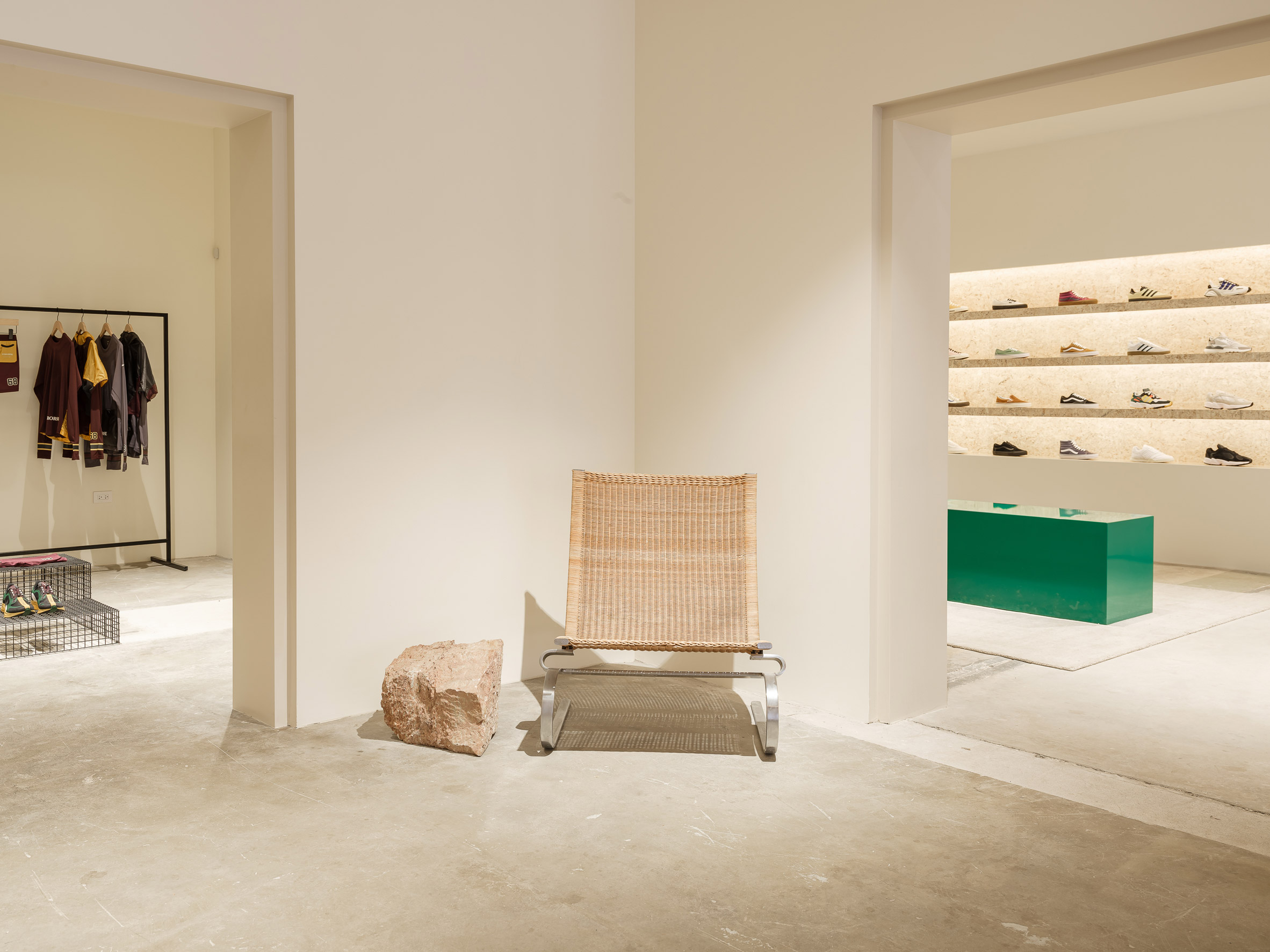 “To accommodate its layered history, Notre aimed to replace its warehouse-gallery origins with a domestic enfilade, or series of intimately interconnected low-ceiling rooms,” the team said. 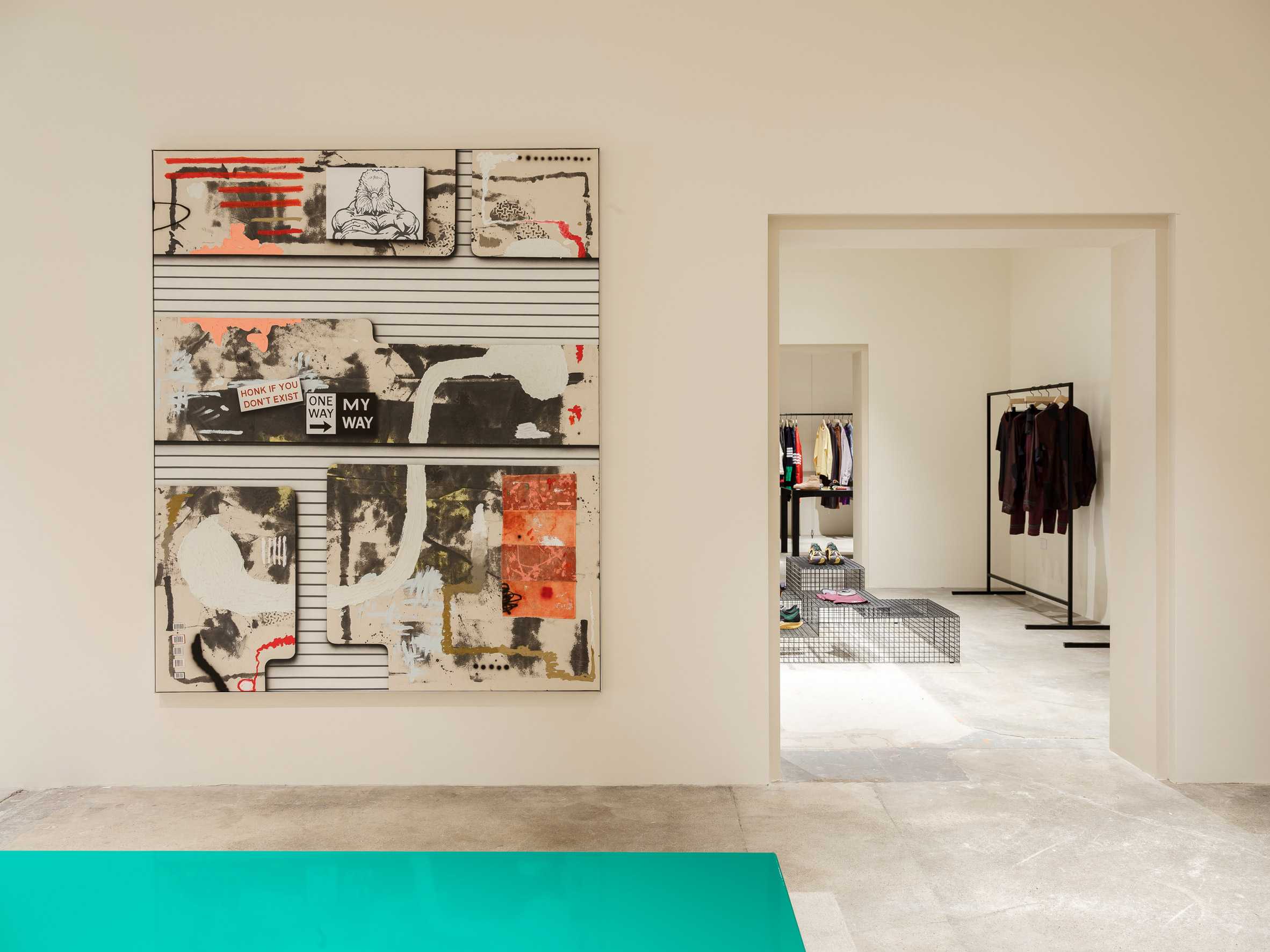 Visitors enter through a 13-foot-high (four-metre) door and step into an oversized foyer with a gently sloping floor and shallow steps. The sloped floor was a response to an existing condition – a three-foot (one-metre) grade change between the outdoor sidewalk and the shop’s interior rooms.

The floor is covered with over 4,600 pavers made of used bricks from a local supplier. Lining one side of the room is an original brick wall that formerly was covered up. Exposed timber beams and a large wooden column anchored to a concrete block hint at the building’s history. 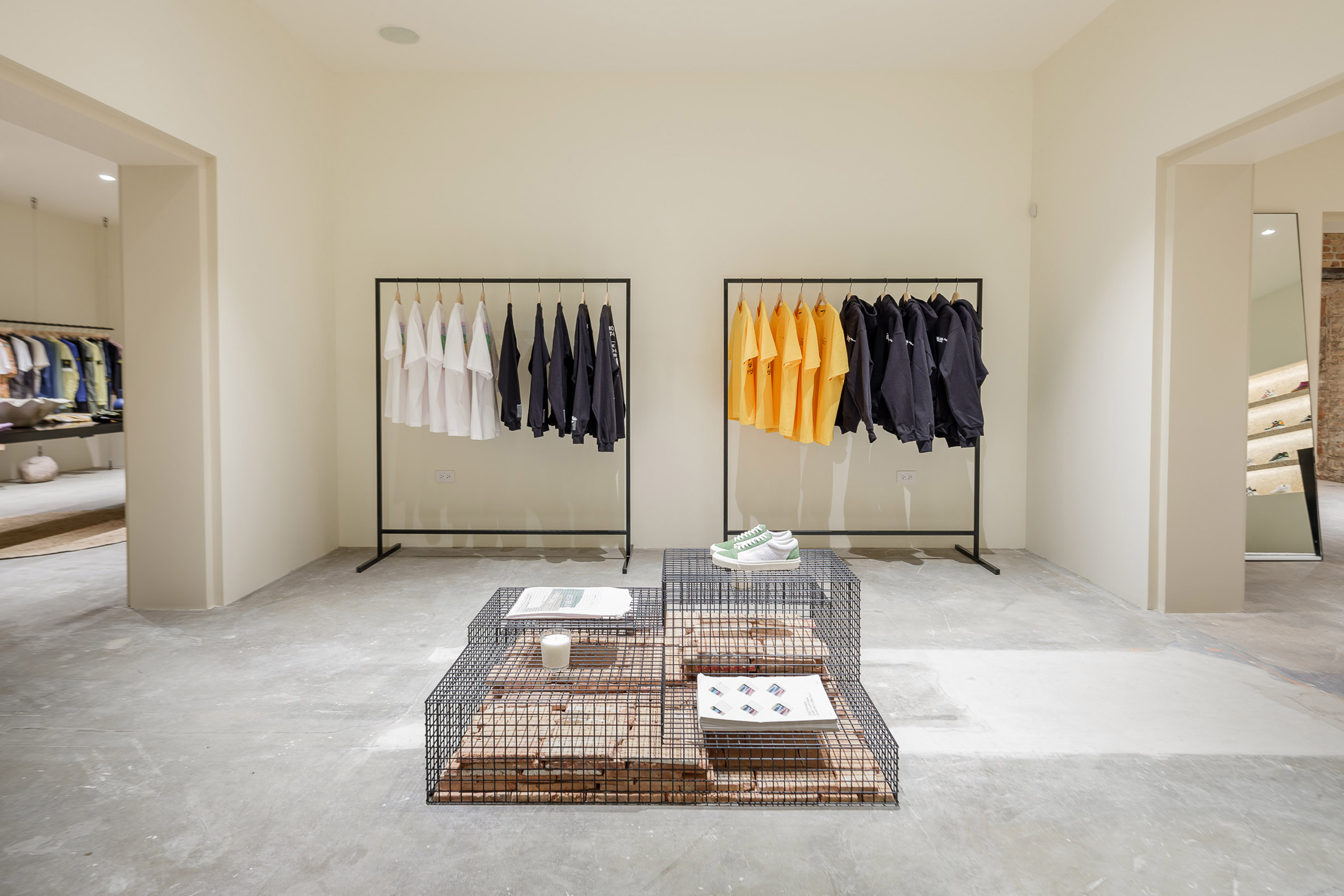 The sloped area – referred to as the “stramp”, a portmanteau of stair and ramp – serves as a dramatic entryway. It also acts as a gathering space for lectures, readings and other special events, with the renovated Notre store intended to serve as a cultural hub for the city.

“With its larger and more flexible interior, the store will host not only the most refined selection of contemporary designer fashion and streetwear in the Midwest, but also ongoing cultural programming that will energise Chicago’s creative scene,” the team said.

Custom furniture can be brought in to transform the area into a micro-auditorium that seats up to 80 guests.

Beyond the foyer, visitors encounter a series of rooms with concrete flooring, walls painted “linen white” and dropped-ceilings that conceal structural elements and mechanical systems. 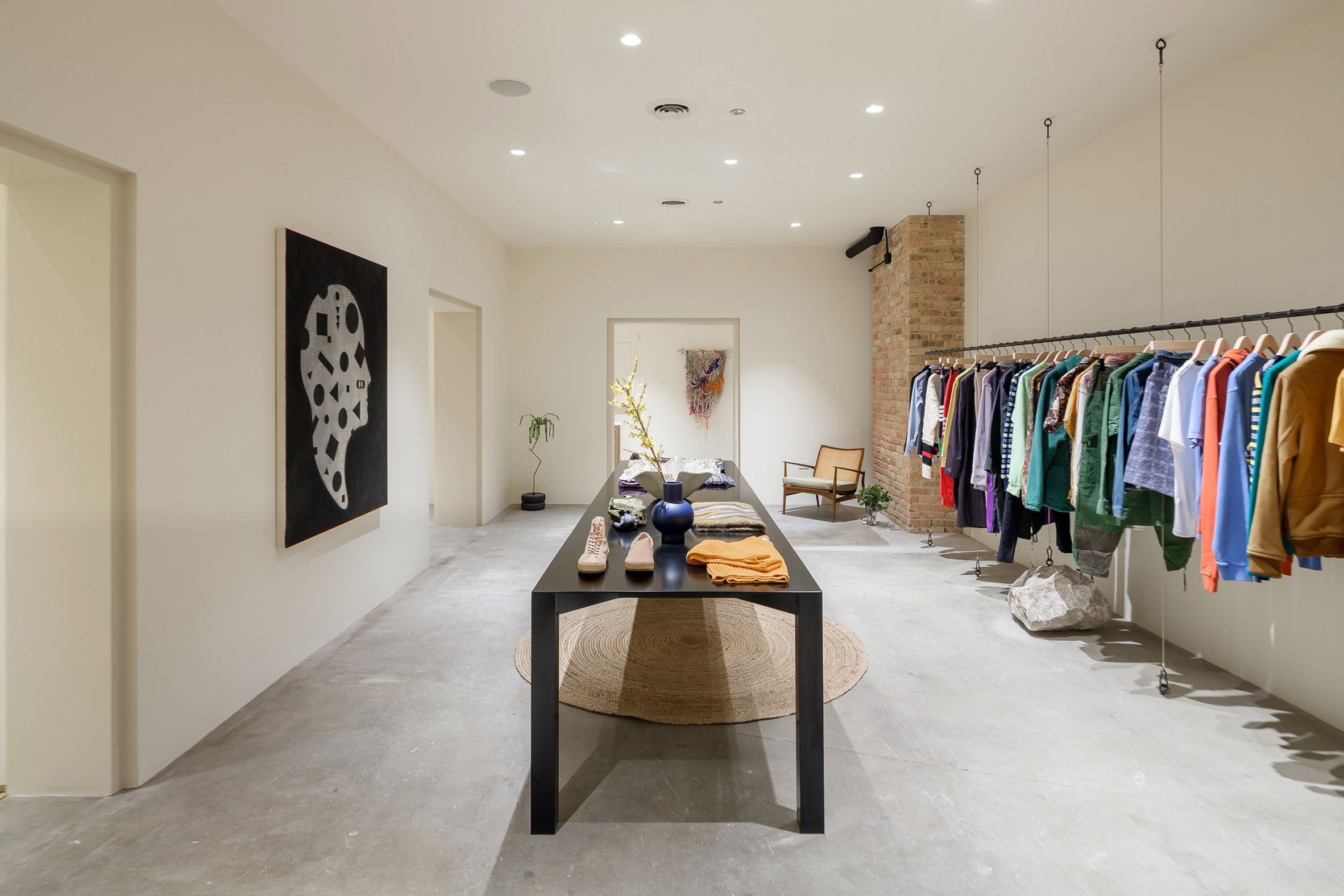 “The resultant rooms are connected only through passing views, but otherwise are separate from one other,” the team said. “A new sense of retail intimacy is drawn.”

Apparel is hung on black metal racks or set atop pedestals made of brushed aluminium, travertine and other materials. Oriented strand board with a white-pickled finish was used to fabricate the shoe display. 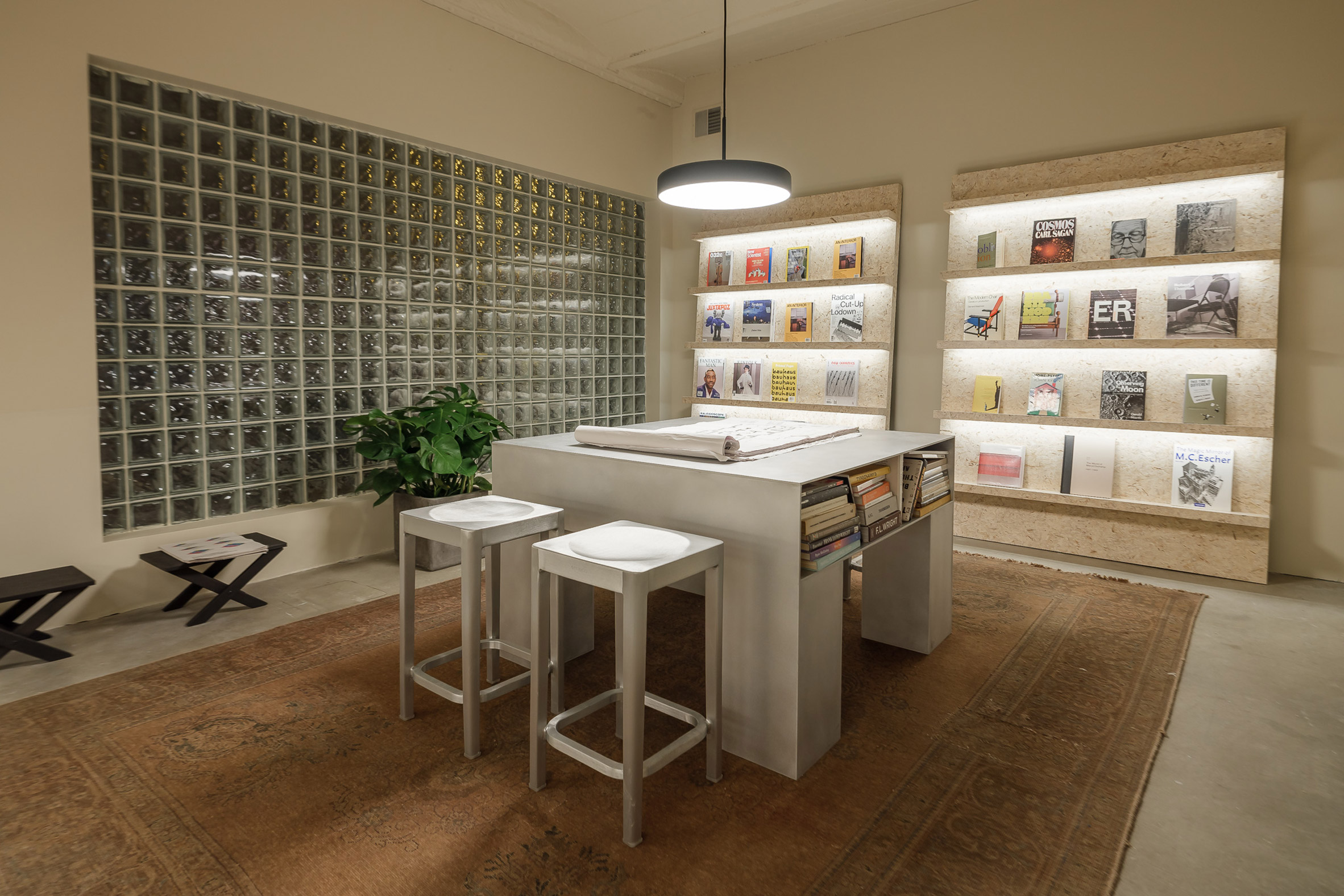 Stretching through the centre of one room is a 10-foot-long (three-metre) table made of powder-coated steel.

Strewn about the store are jagged boulders that serve as tables or anchors for garment rods. The large, raw rocks respond to the “client’s desire to contrast a natural object with manufactured garments”. 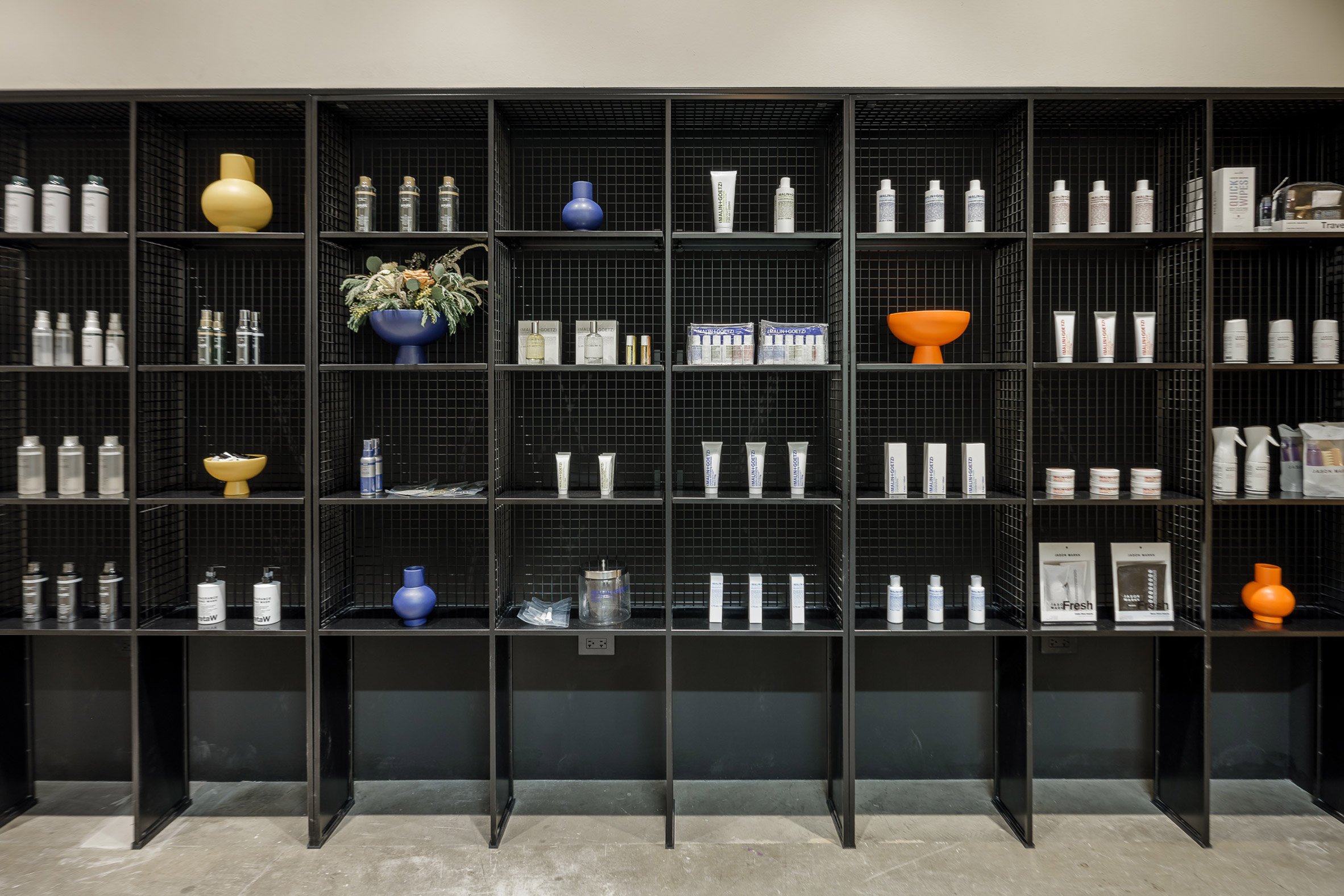 Rooms are awash in neutral tones, with merchandise adding dashes of colour. In the shoe area, collage-style artwork by Josh Reames hangs on one wall.

Other artists whose work is featured in the shop include Michael Dopp, Tyrrell Winston and Cody Hudson. 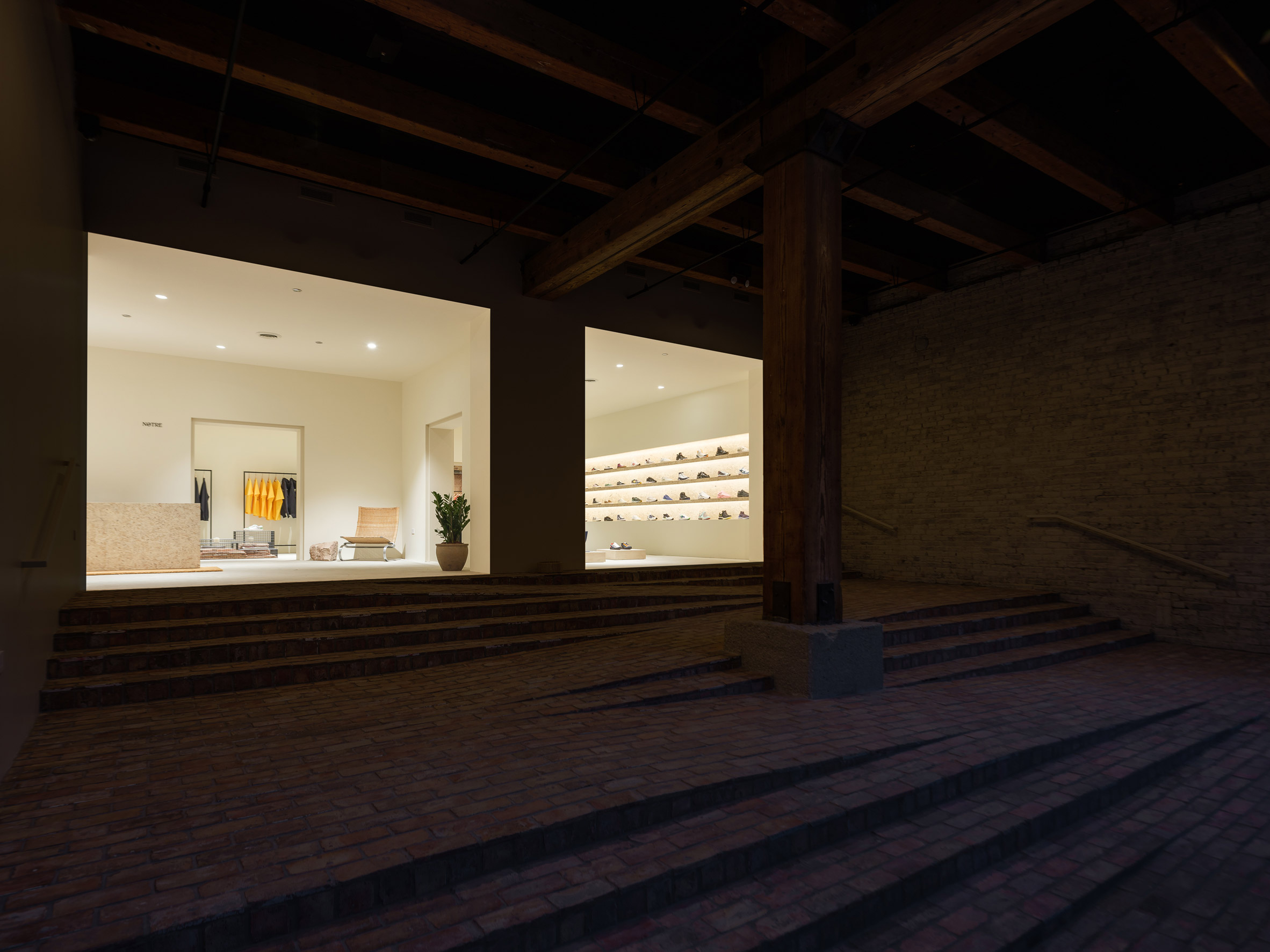 Beyond the retail zone, the team created a reading room with an assortment of books and magazines. An original glass block wall, which faces an exterior alleyway, was left in place, adding a vintage touch.

Norman Kelley was founded in 2012 by Carrie Norman and Thomas Kelley. Other projects by the studio include an Aesop store in Chicago’s Bucktown neighbourhood, which features reclaimed bricks arranged in pinwheel patterns.

Photography is by Chris Leh.