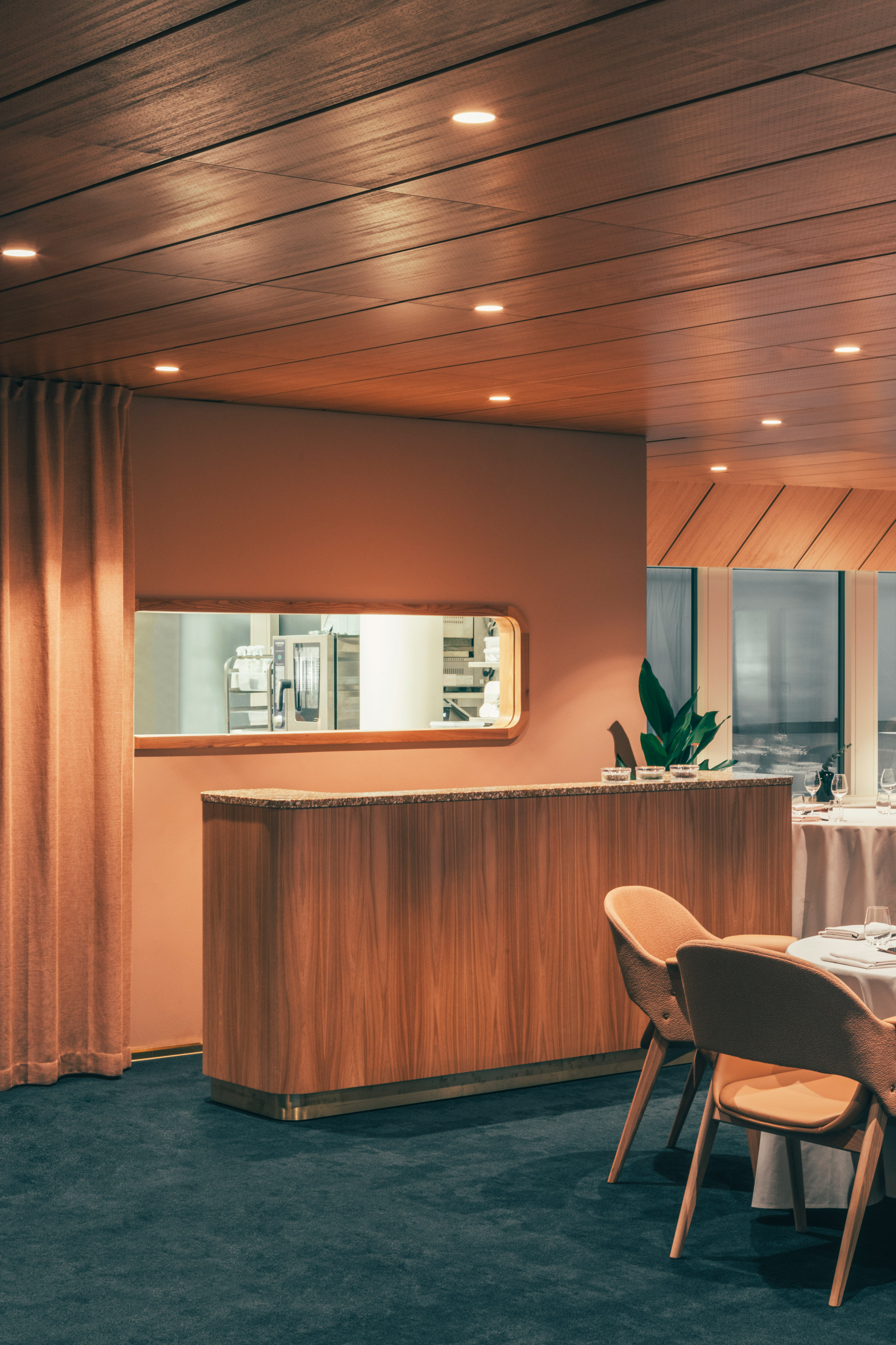 The Hotel Palace opened in 1952 to coincide with the Helsinki Summer Olympics. Designed by Finnish architects Viljo Revell and Keijo Petäja, it features a form that resembles an ocean liner topped with distinctive neon yellow signage.

The Palace restaurant was originally located opposite the hotel, and in 1987 it became the first Finnish restaurant to be awarded a Michelin star. 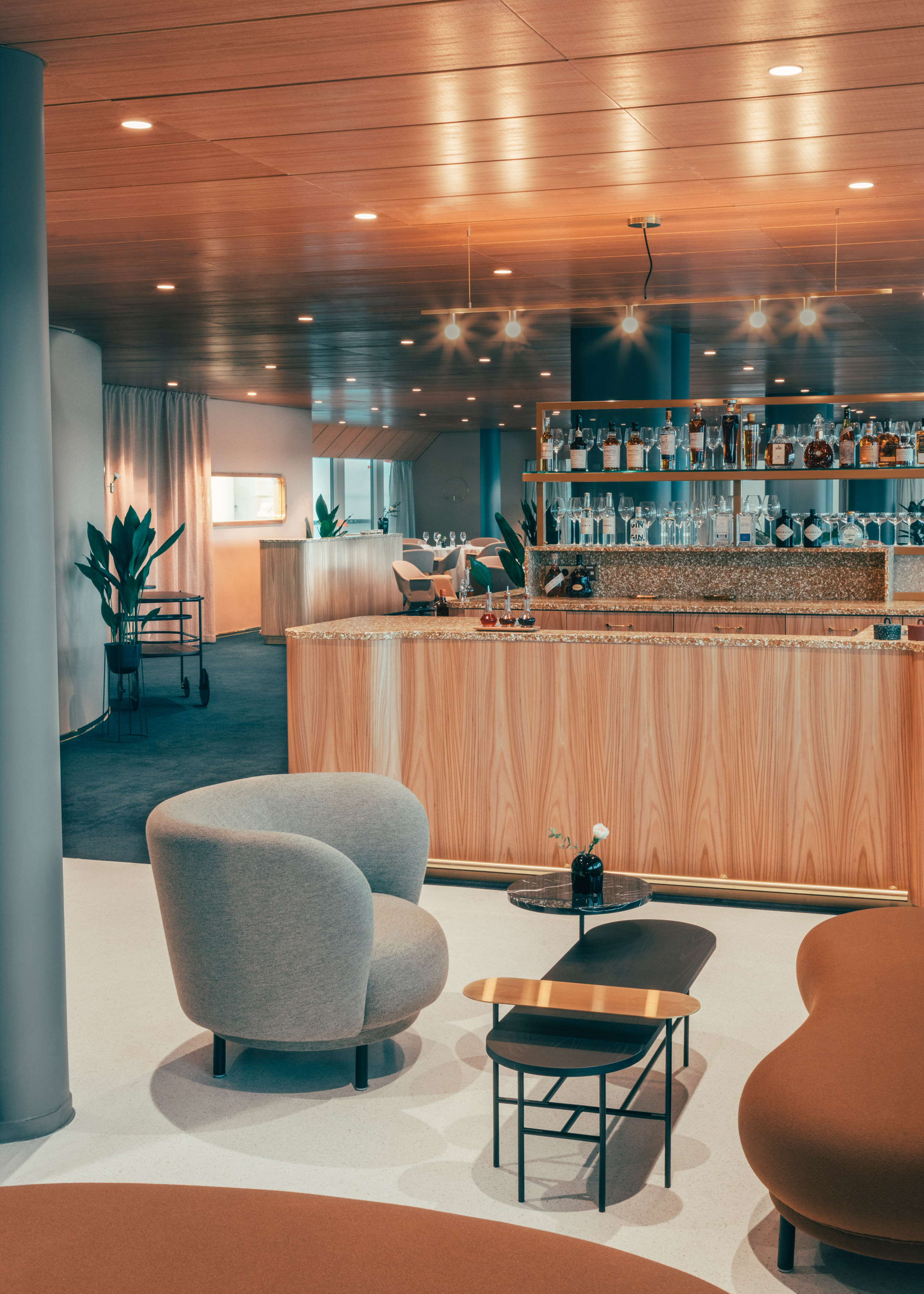 After the hotel building underwent a total renovation, the restaurant was relocated to its 10th floor – and Note Design Studio was brought on board to create the interiors.

“When [the restaurant] approached us, they didn’t ask for a modern and trendy interior,” said Note Design Studio. “On the contrary, they asked for something that will withstand time and honour the history and tradition of the Palace.” 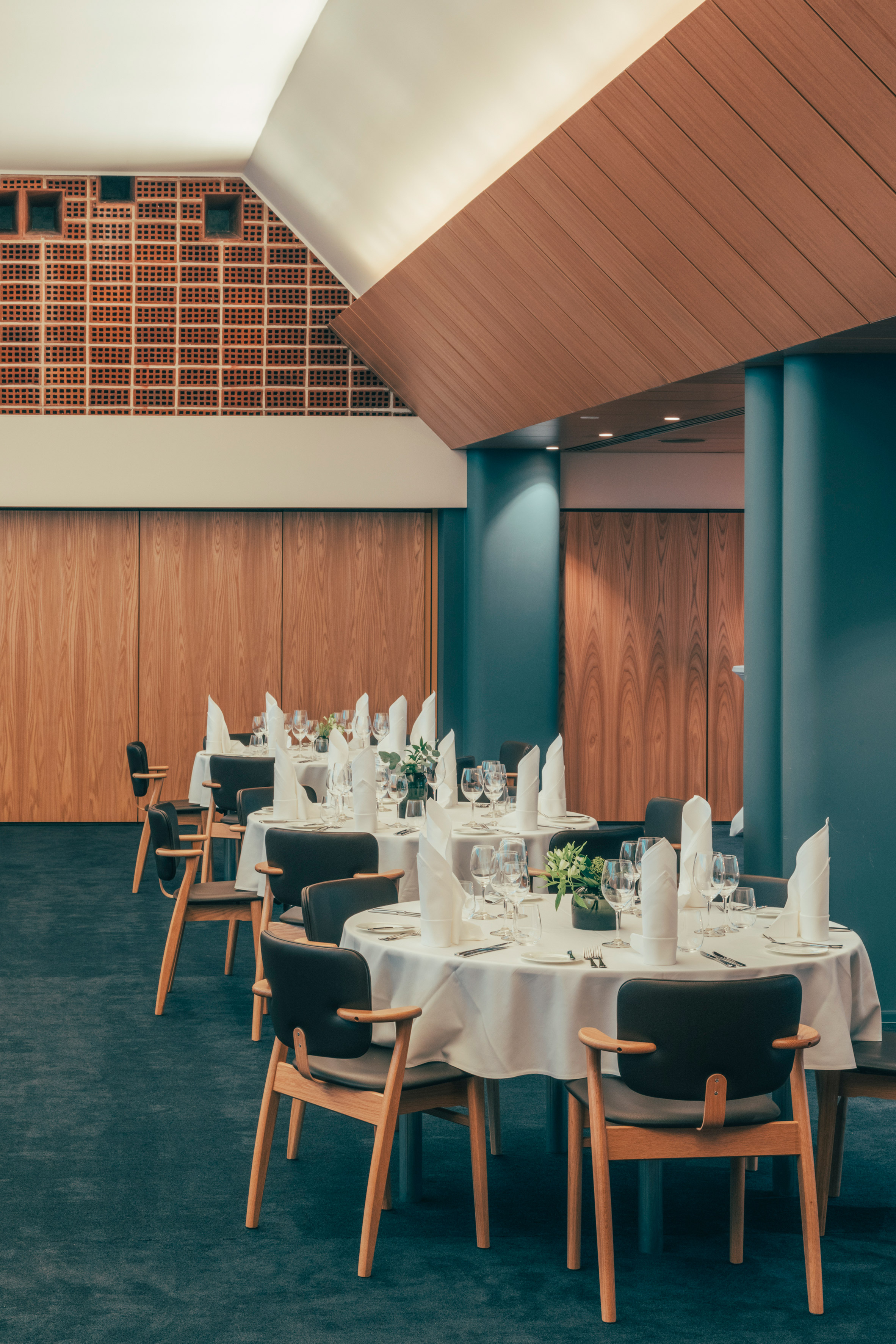 Note Design Studio worked closely with SARC Architects and construction company Skanska to create an interior that they describe as “elegant and sophisticated, yet warm and welcoming”.

The designers were careful to include plenty of references to the original 1950s interiors, such as the teak panelling, blue carpet, white tablecloths and custom-designed drinks trolleys. 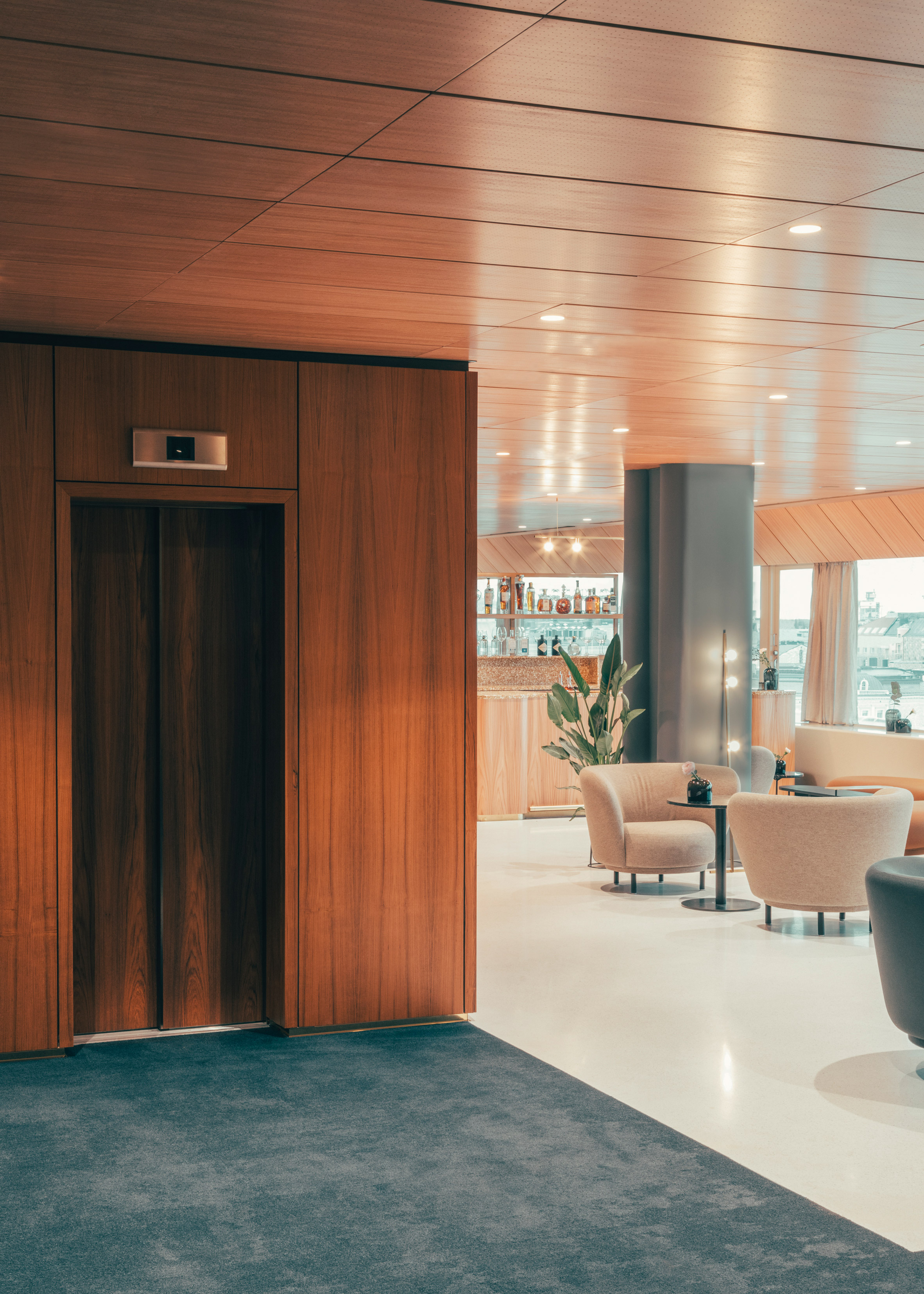 “We imagined, not what Palace could be, but what it should be,” said the studio. “For us, the space should not only convey a sense and respect for tradition, and highlight the local atmosphere, but also be expressive on its own.”

Local studio Agency Leroy worked on the branding, drawing upon the photos, menus and logo drafts within the restaurant’s archives for inspiration. 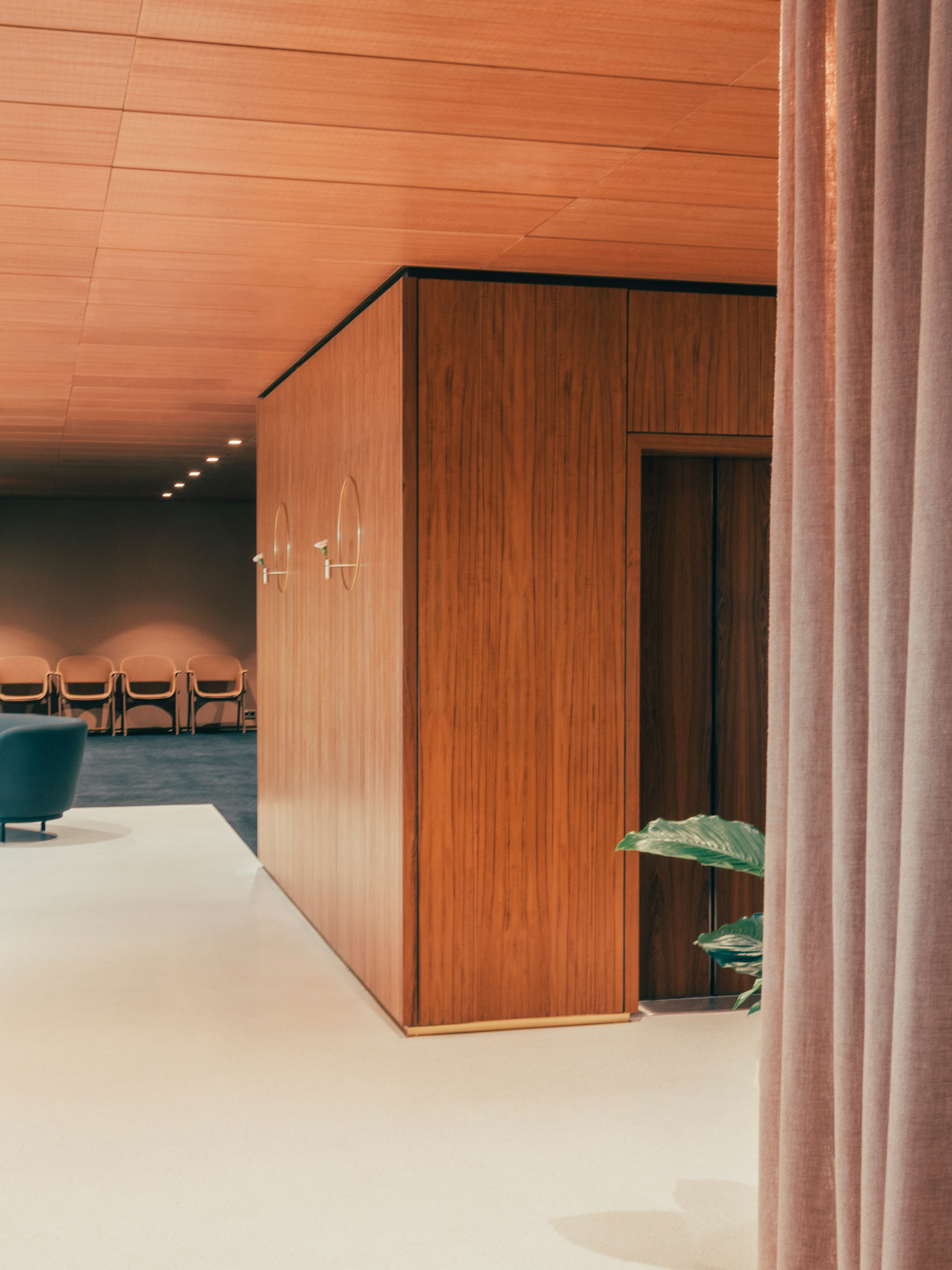 The rebrand included a new logo, printed materials and photography that reflect what Palace will be in years to come.

“Palace has always been a trendsetter that values traditional craftsmanship,” said the studio. “We felt like the new identity should be a nod to the values of Palace, while also retaining a sense of moving forward in time. It was about time that Palace reclaimed its position amongst top-tier international restaurant influencers.” 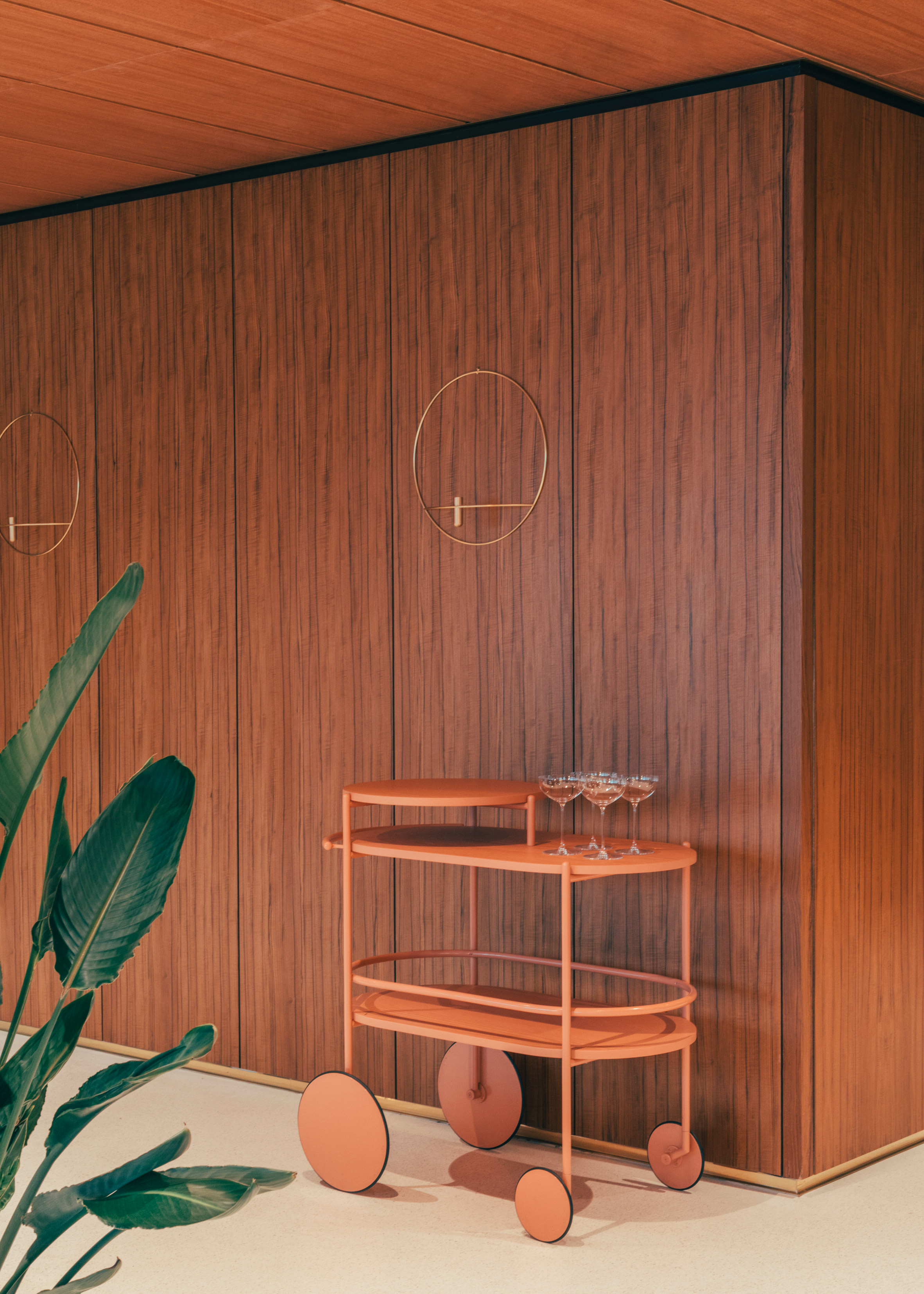 Note Design Studio was founded in 2008 and has worked on multiple interiors projects in its home country of Sweden as well as collaborating with several brands on furniture.

Previous projects include a pastel-coloured renovation of a former office in Stockholm and a roll-up office divider for workers on-the-go.

Photography is by Romain Laprade.