Teal and dusty orange give colour to this minimal boutique in Montreal, created by design studio Obiekt for a previously online-only fashion brand. 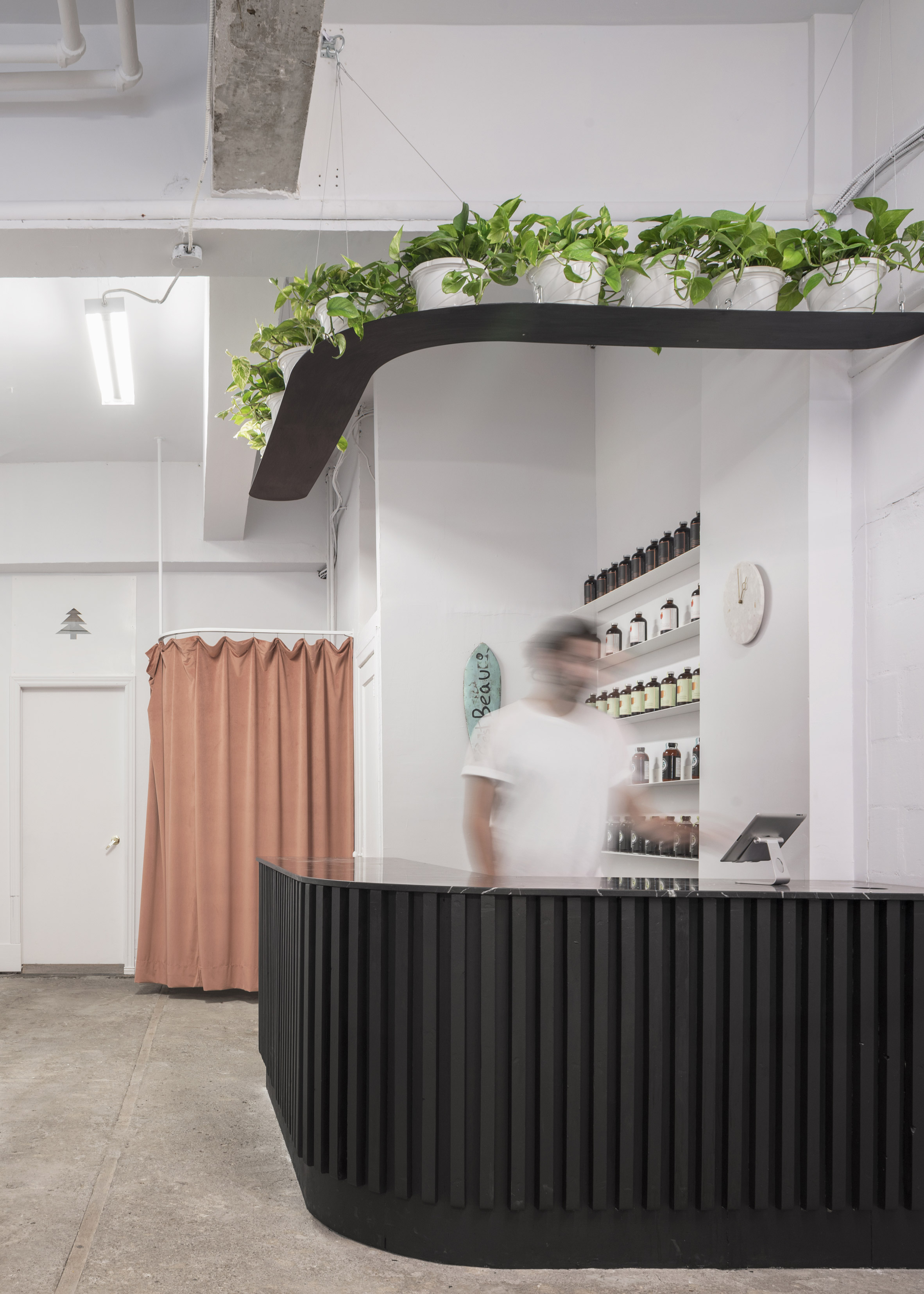 The C’est Beau store, on the city’s busy Mont-Royal Avenue shopping thoroughfare, is the first physical retail space for the clothing and accessories company.

The five-year-old brand asked young Canadian studio Obiekt to design the interior and fittings for the space, which was also a fashion store before the renovation. 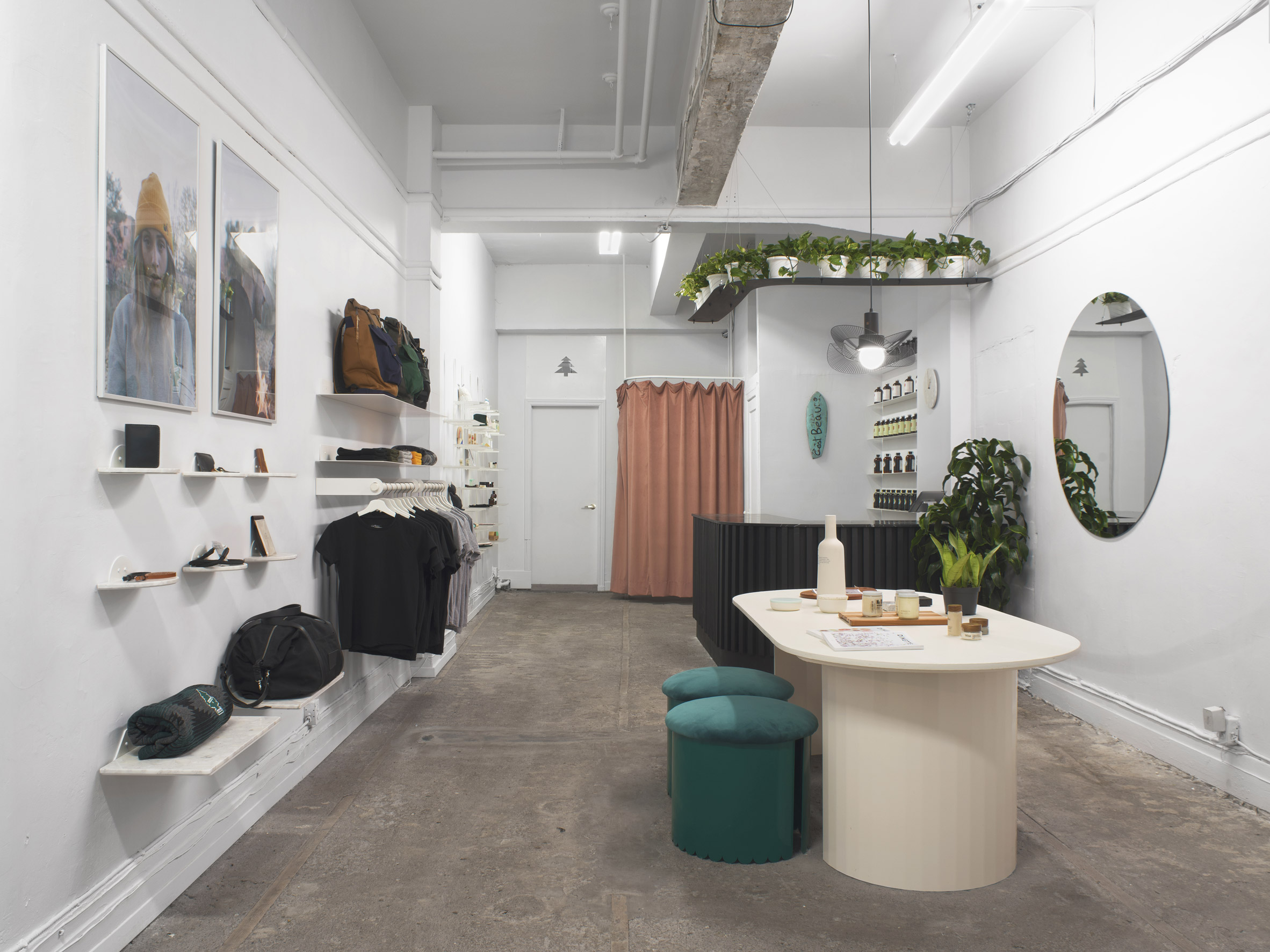 “[C’est Beau’s] founders envisioned a space where all furniture was designed and manufactured in Quebec, in line with the company’s philosophy,” said Obiekt, founded in 2015 by Gabrielle Rousseau and Philip Staszewski. An entirely glazed storefront topped with a cream signage band was added to the building.

Inside, the space was overhauled to make the most of the high ceiling, and highlight elements like the concrete floor and structural beams. 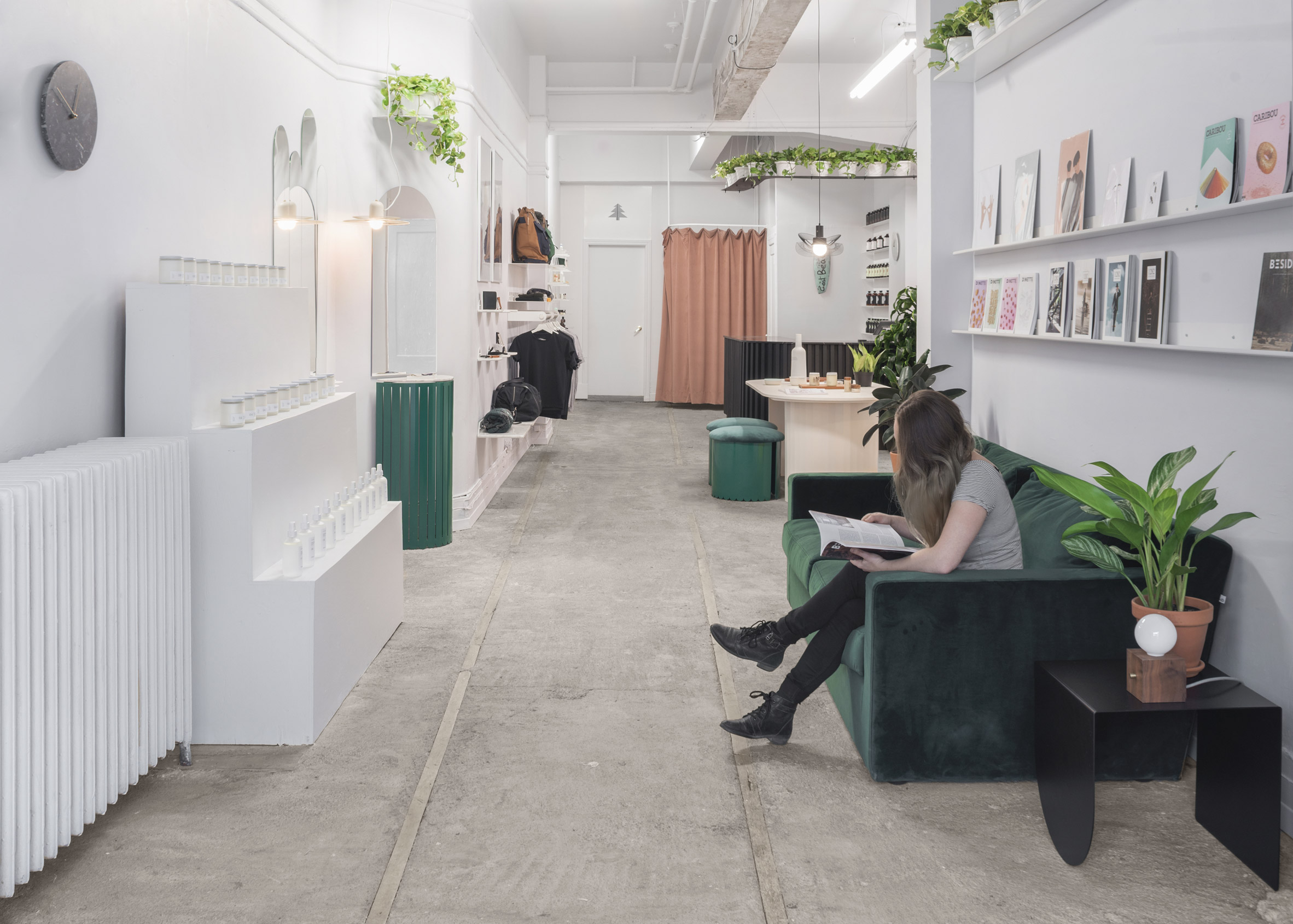 Walls were painted white to create a stark backdrop for the “meticulously curated selection of products all made by local artisans”, then colour was added with upholstery. Teal was chosen for a sofa and stools that shoppers can use, while the curtain that surrounds a fitting area at the back is a dusty shade of orange.

Merchandise is displayed in several ways, such as on tiered box units, folded metal shelves and translucent plastic sheets mounted on the walls. Thin picture rails hold magazine and artwork, while mirrors of different shapes are dotted around the interior.

Other features include a black service counter with a fluted front. Its shape is followed by a metal ledge above, filled with potted plants. “The all-black counter stands out in this environment not only with its colour but also with the textures found in the stained wooden rods and natural marble countertop,” said Obiekt. “Finally, a variety of hanging plants lower the high ceilings in certain areas while adding liveliness and colour to the decor.” 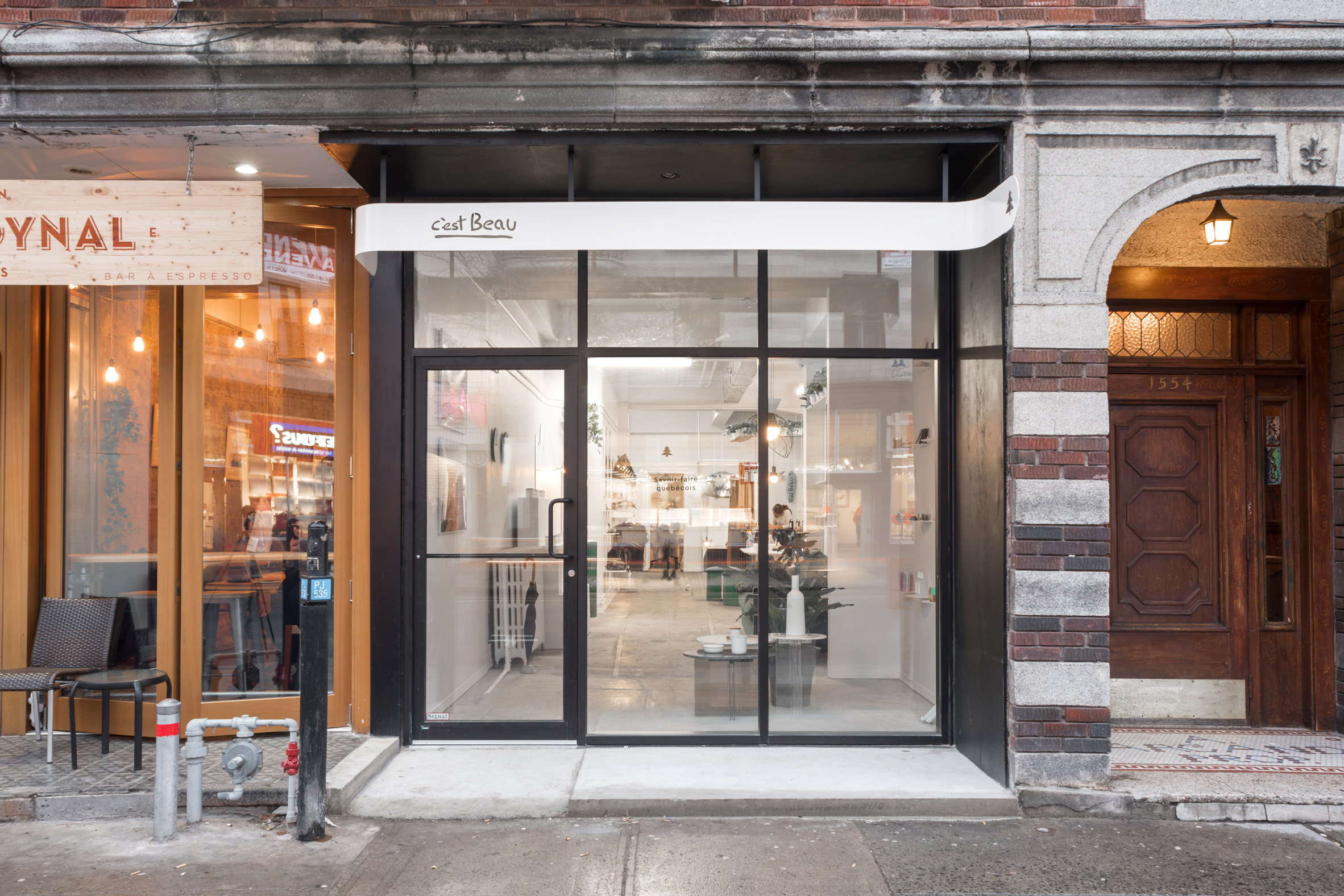 C’est Beau joins a string of online fashion retailers opening physical stores. Other recent examples include The Arrivals and Everlane.

Photography is by Jack Jerome.