A row of skylights offering extensive views of London’s skyline influenced ODOS Architects‘ design for Slack’s first UK offices, the creator of the workplace messaging system by the same name. 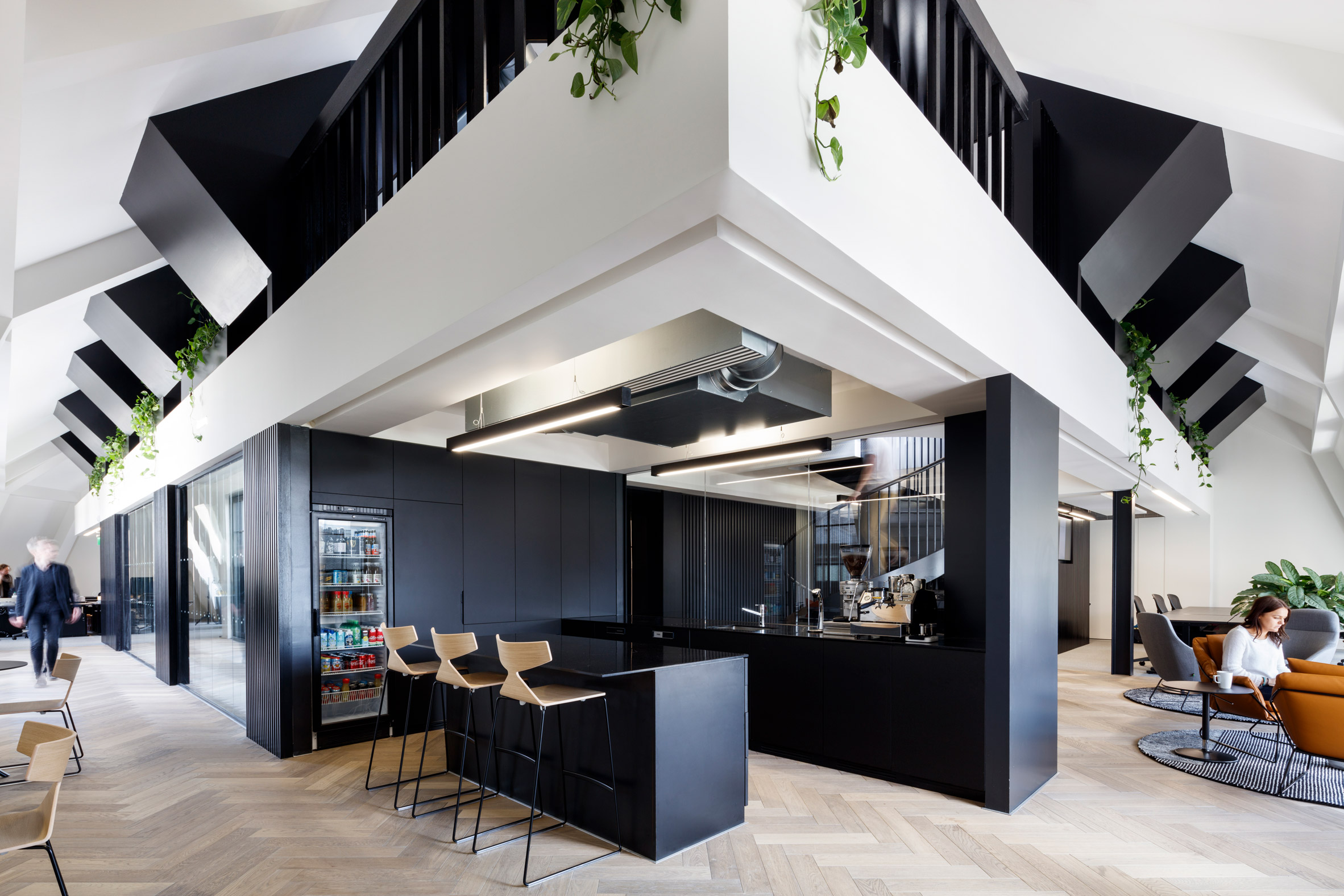 Slack‘s London office is located on the top two floors of the former BBC Radio 1 broadcasting building on Great Portland Street, and is the company’s second European base.

The San Francisco-based company opened its first European office in Dublin in 2015, but relocated to a bigger space earlier this year in the capital. ODOS Architects, which has offices in London, Dublin and New York, also designed this space for the company. 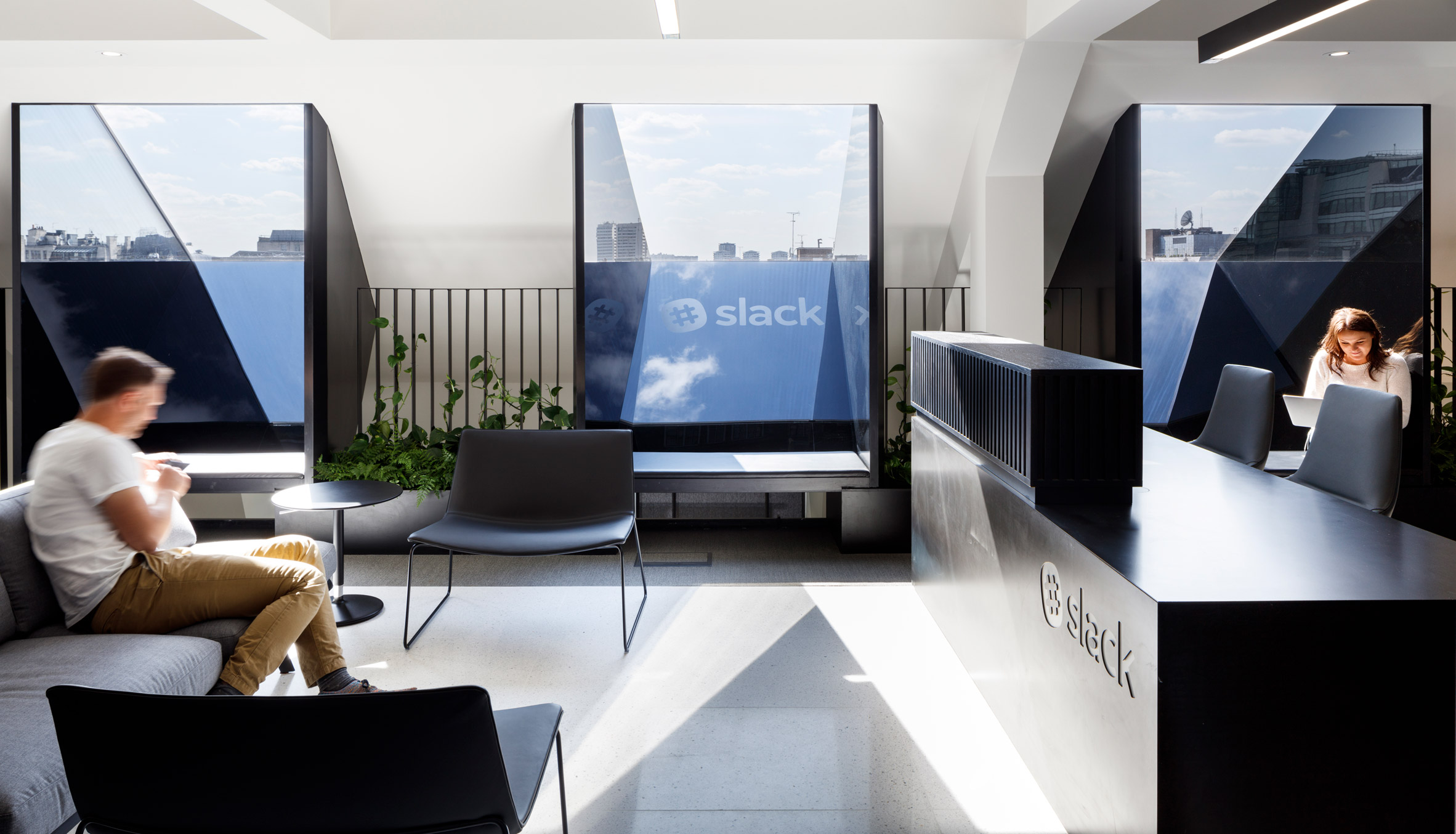 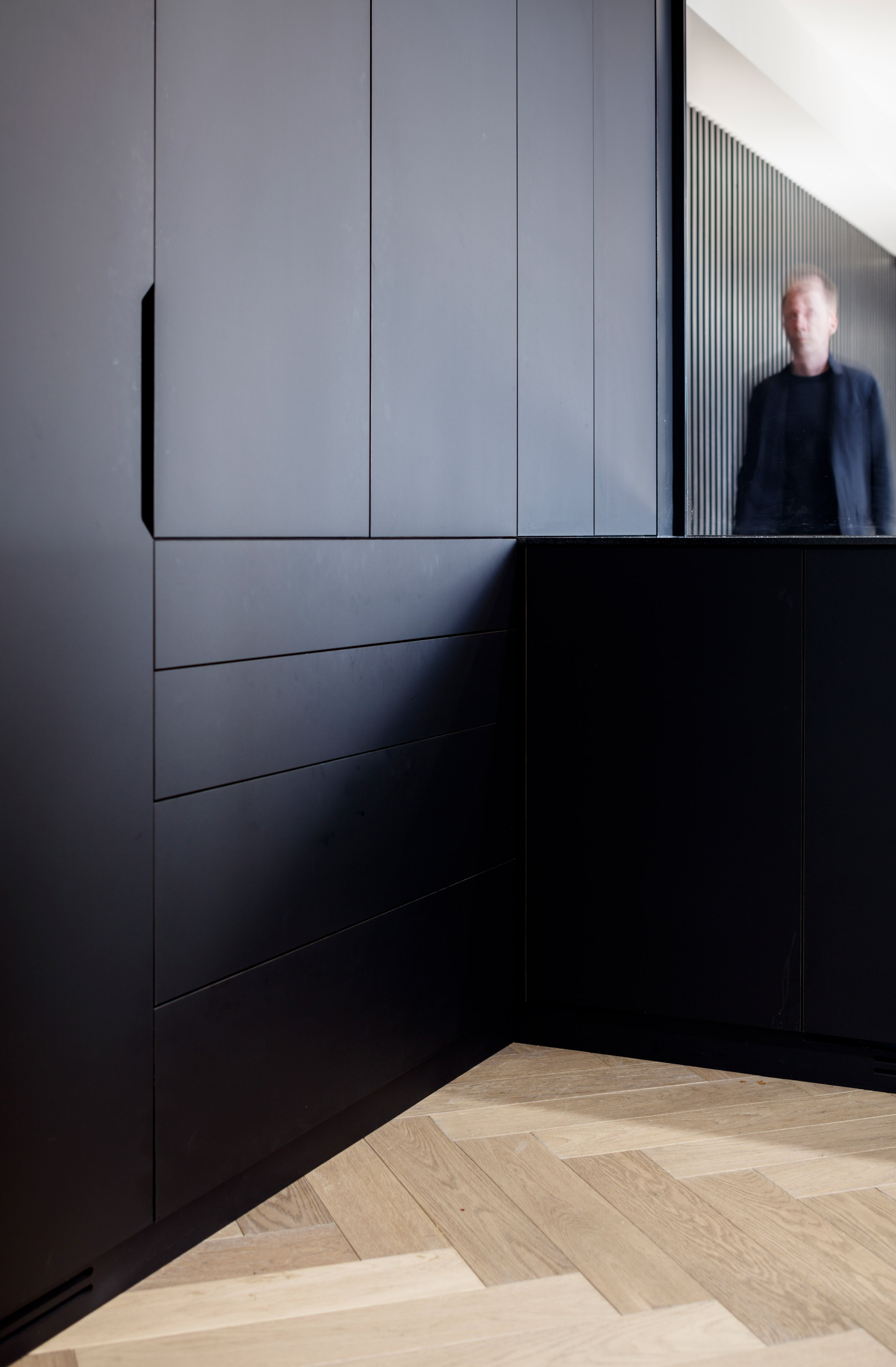 An pale oiled oak floor laid in a herringbone pattern is offset by black-stained timber and dark leather upholstery.

Planting set between rows of rooflights spills from the upper to lower floors, adding an accent of colour to the workspace. 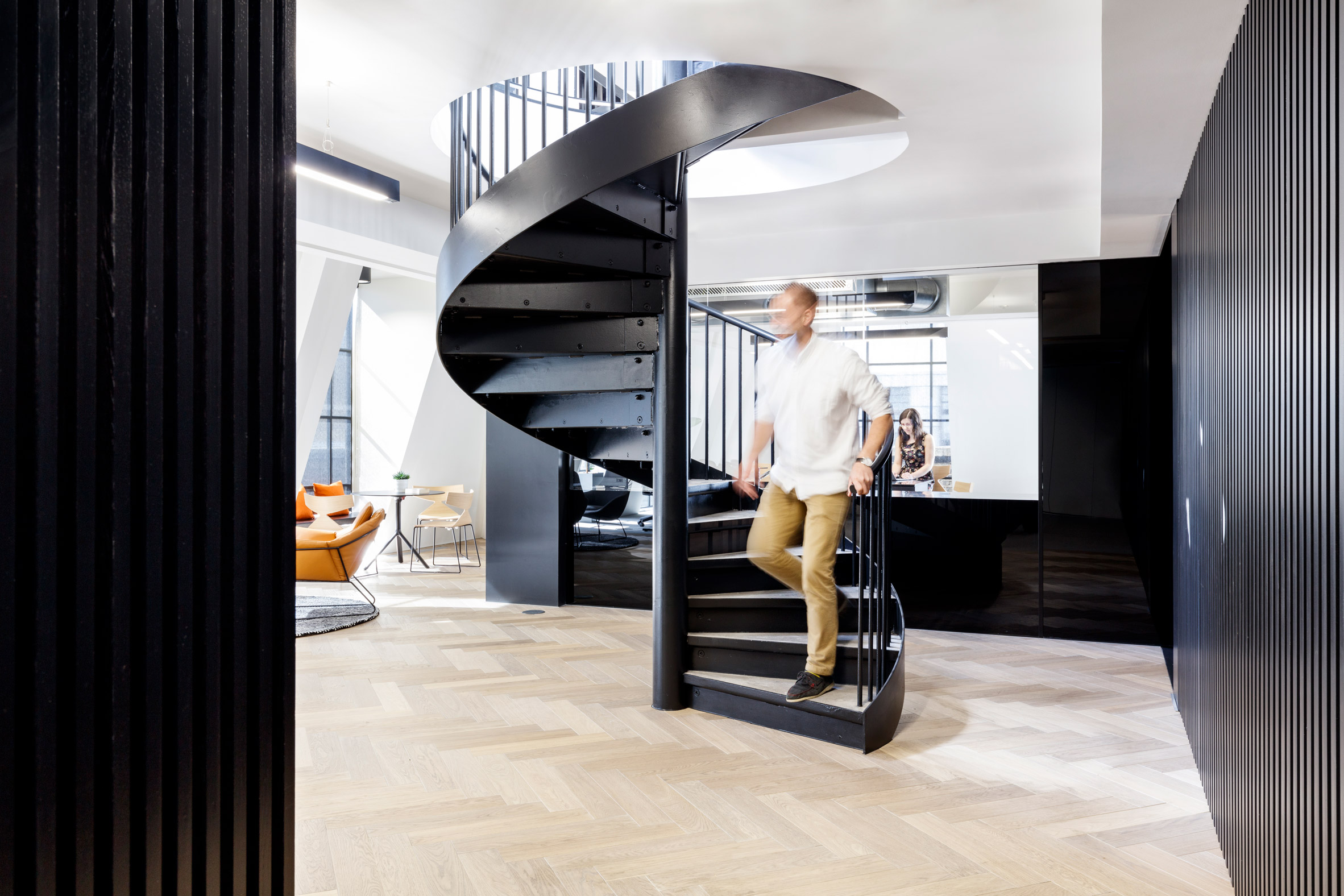 These rooflights are surrounded by protruding black frames that offer seating nooks offering office workers views of the London skyline, and form what the architects call “eyes to the city”. 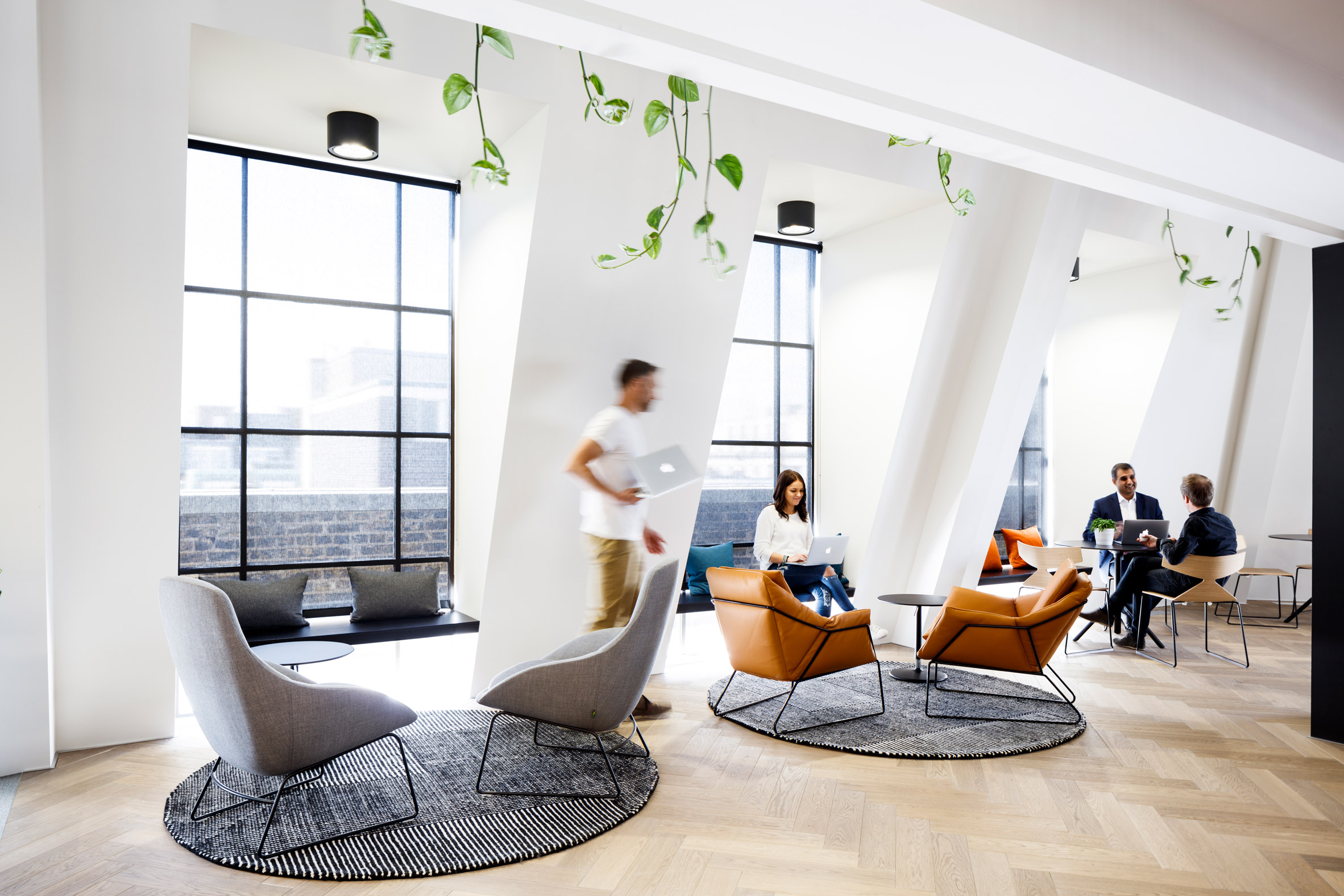 “We lined the portals so as to reflect and extend the view of the London rooftop horizon and capture the movement of passing clouds, planes and the city’s birdlife,” explained the architects.

“This intervention as with many others in the space serves to create inspiring work spaces and opportunities for social interaction.” 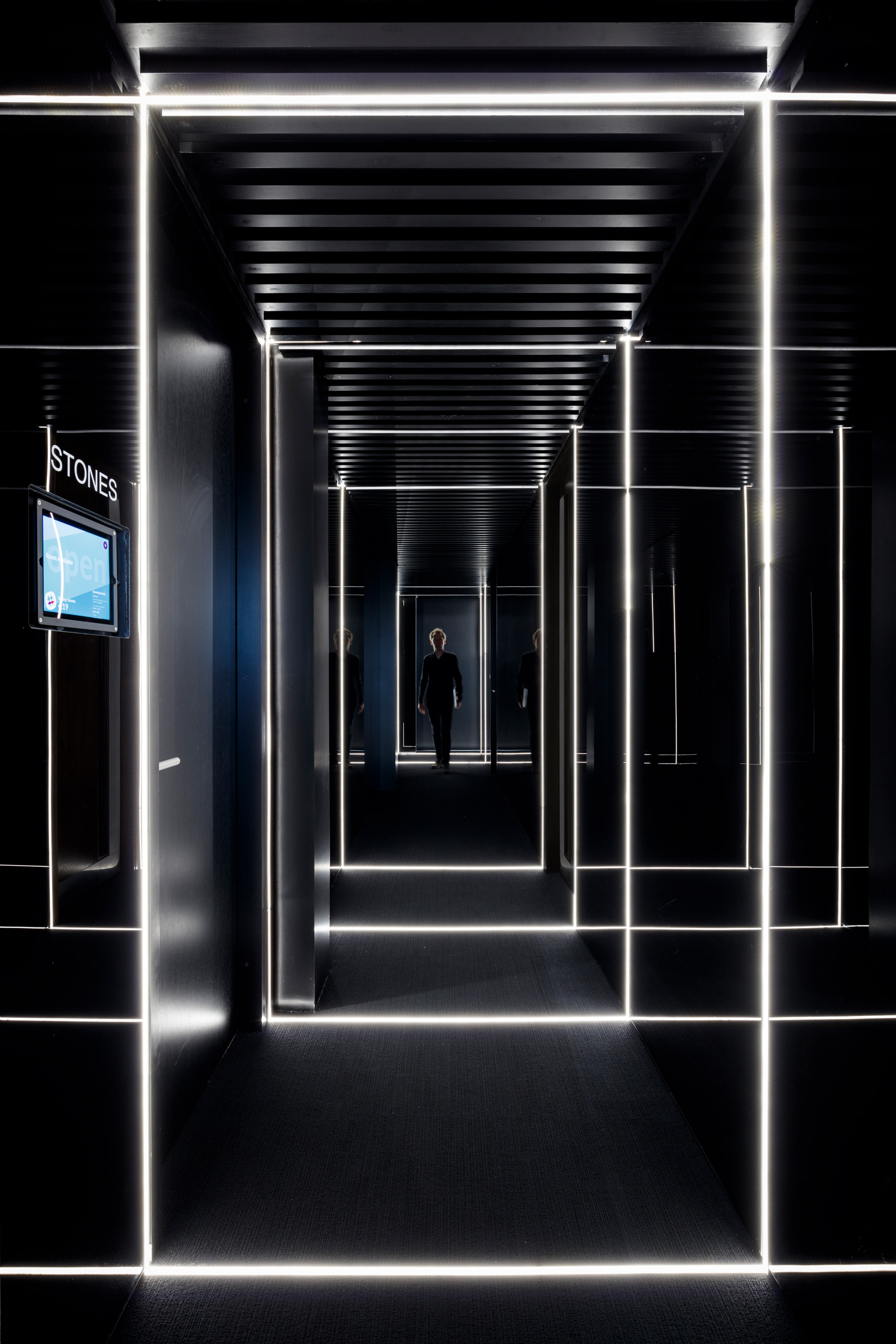 In contrast to the brightly and naturally lit offices, an ominous black corridor is illuminated by harsh strip lighting arranged to create a gridded pattern.

“This is a space of contrasts,” said architects. “An all-black and highly reflective gallery space with perimeter light bands serves to create a space with a somewhat otherworldly quality and one which contrasts and compliments the brighter spaces at either end.” 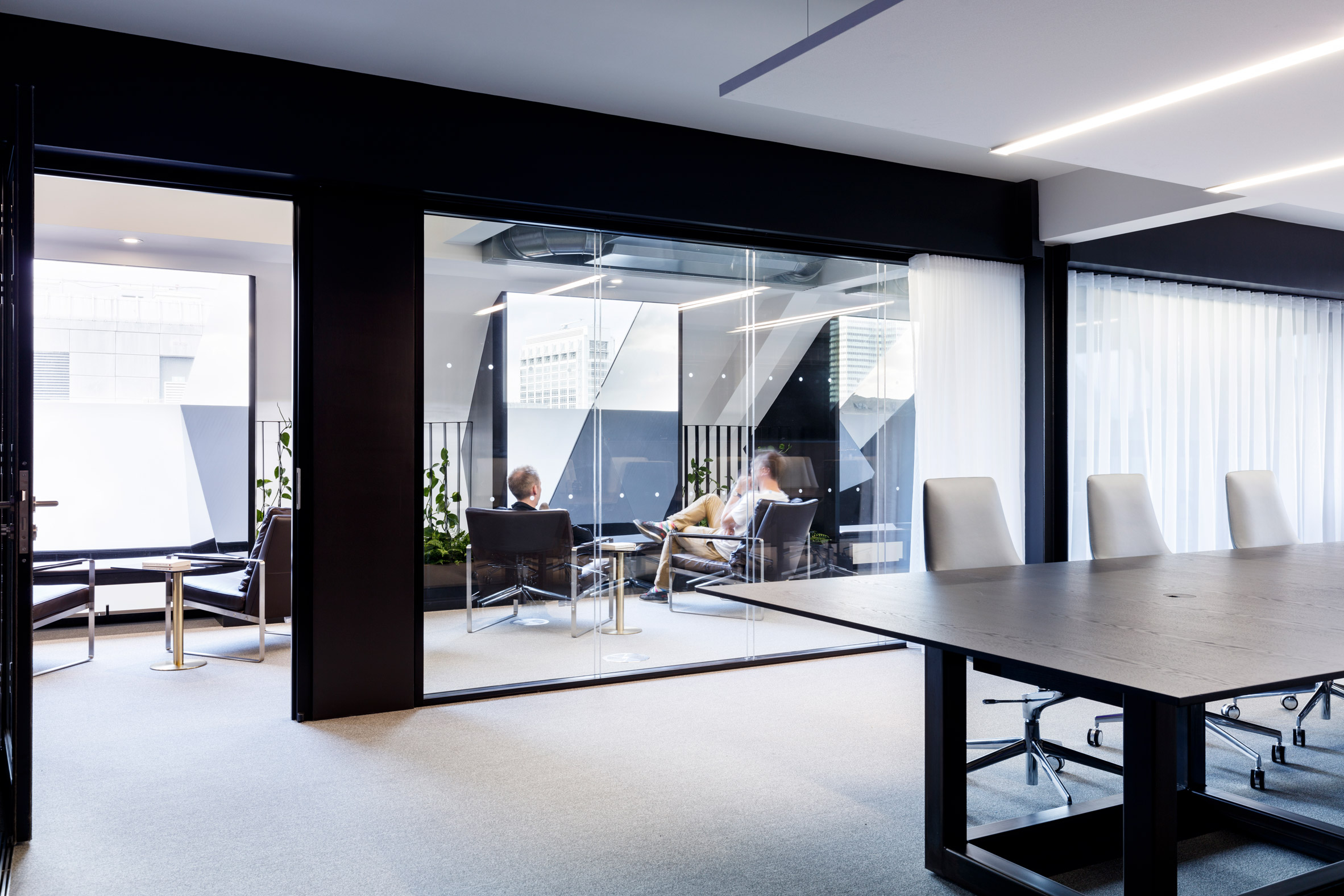 Slack branding is kept minimal, with one company logo lettered in a semi-transparent grey by a skylight, and another in solid white on the reception. 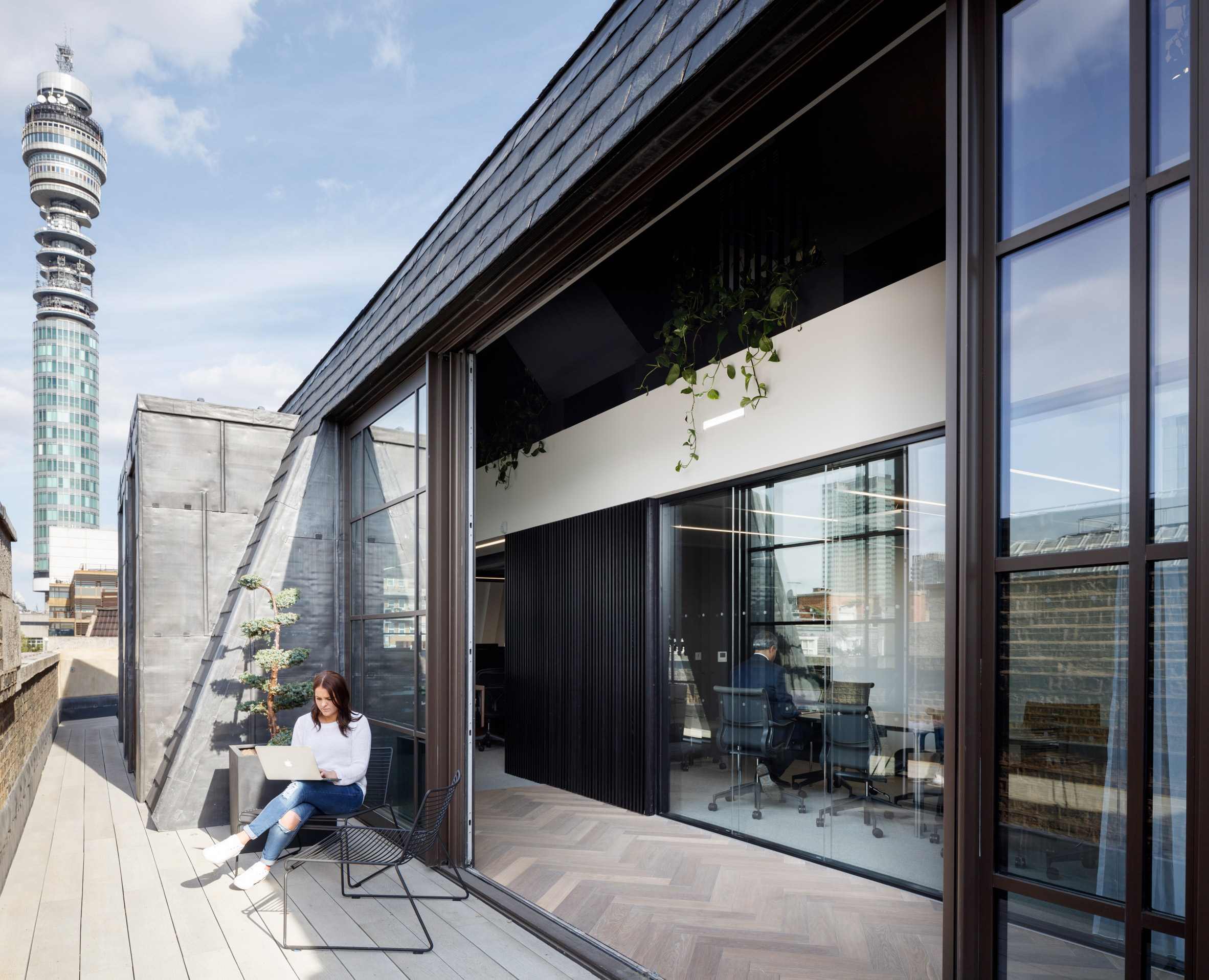 Launched in 2013 by Flikr co-founder Stewart Butterfield, Slack was set up to offer a digital workspace where employees can communicate with each other. The company has seen a rapid expansion, with new offices opening in Manhattan and Dublin this year, in addition to London. 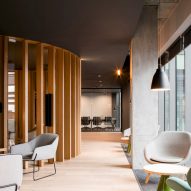