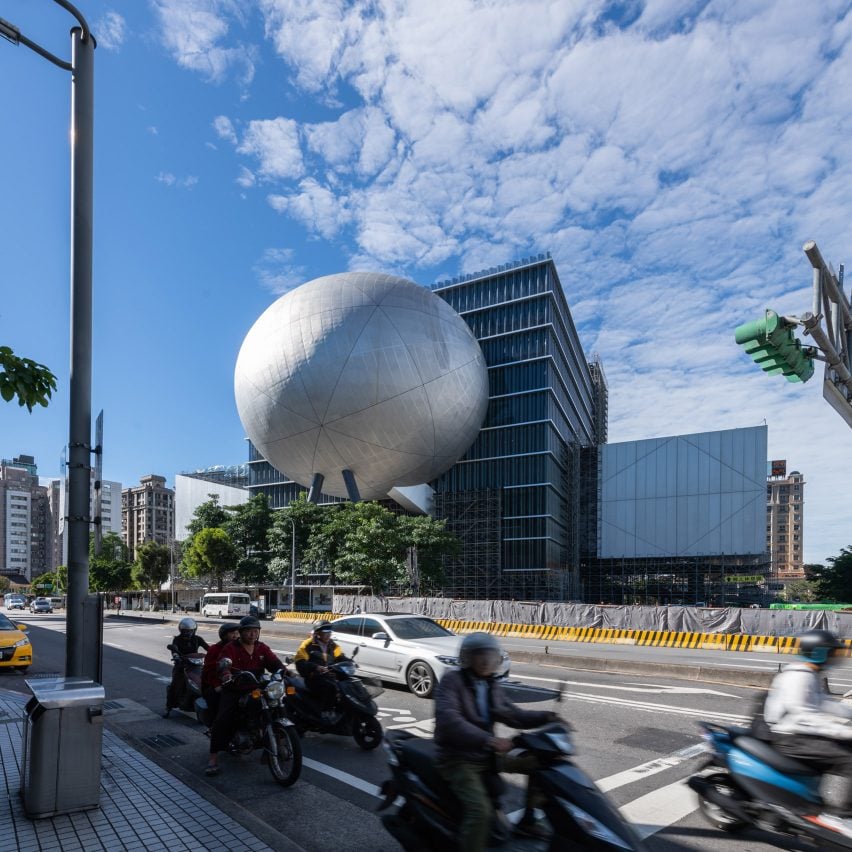 The Taipei Performing Arts Center, a theatre complex with three auditoriums that plug into an corrugated glass cube designed by OMA, is nearing completion in the capital of Taiwan.

The latest photos released by OMA, the Rotterdam and Shanghai-based practice led by Rem Koolhaas, show the 50,000-square-metre complex’s sphere-shaped auditorium without scaffolding for the first time. 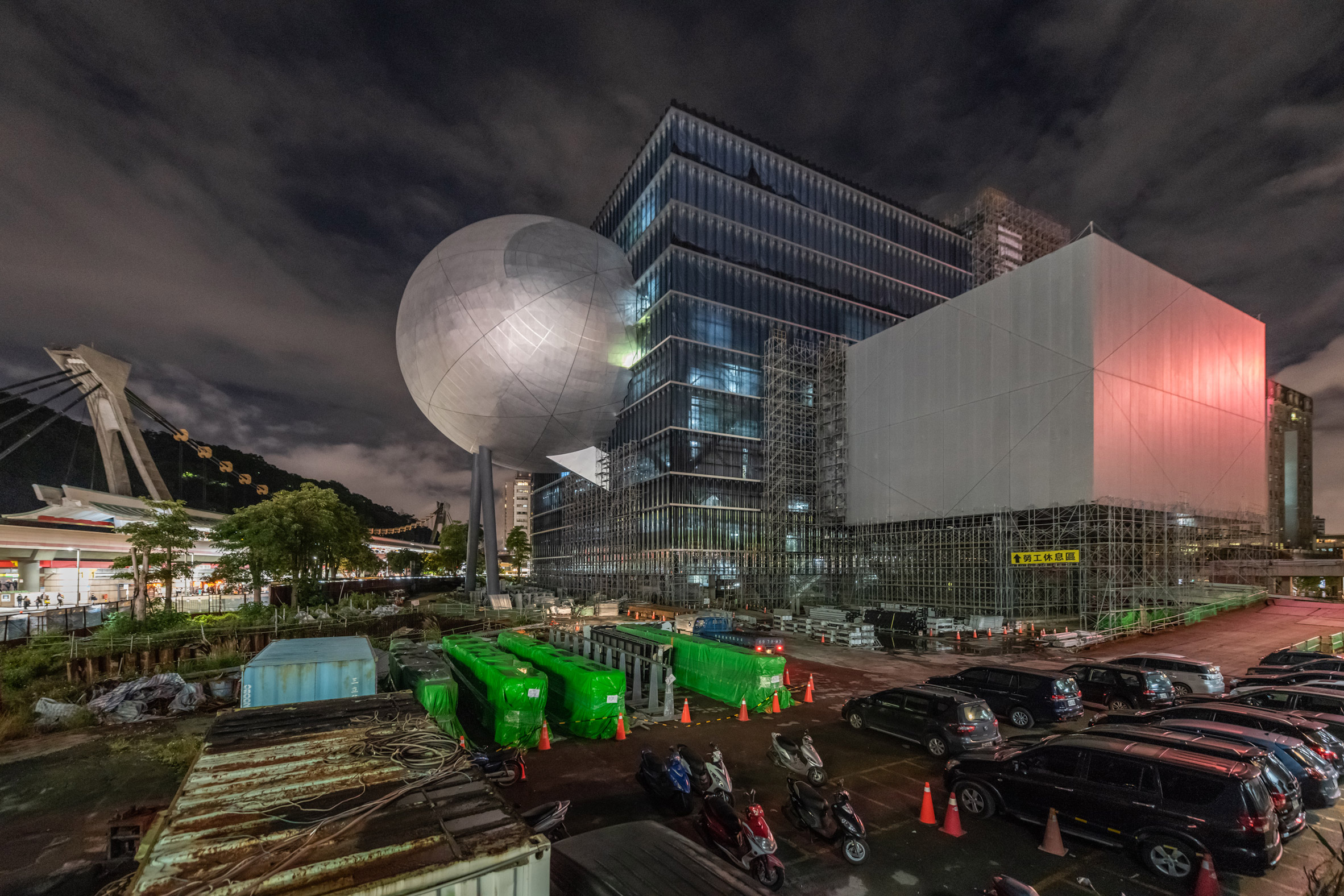 Named the Proscenium Playhouse, it is one of three aluminium-clad auditoriums in Taipei Performing Arts Center (TPAC), along with the Grand Theatre, and the Multiform Theatre.

They will all protrude out from the main body of TPAC, a central cube with a facade of corrugated glass, which can also be seen in the photos. The building will be lifted off the ground to create a public plaza under the building. 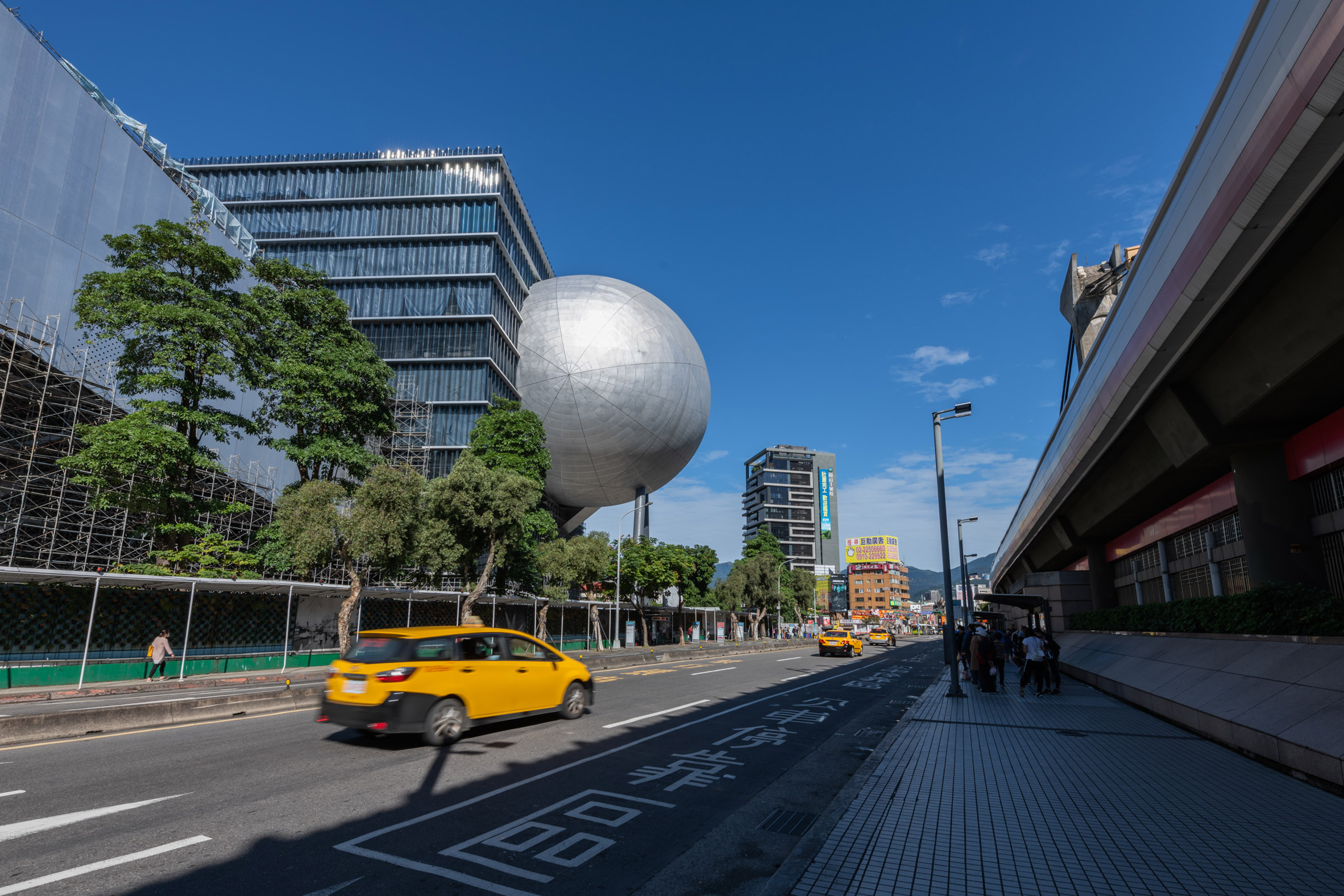 On completion, the auditoriums will be used separately or together, catering for a variety of configurations that will “offer new and experimental theatrical possibilities”.

The coupling of the Grand Theatre and Multiform Theatre will form the Super Theatre, which is set to be “an experimental, factory-like environment” that will allow “existing conventional works to be re-imagined on a grand scale”. 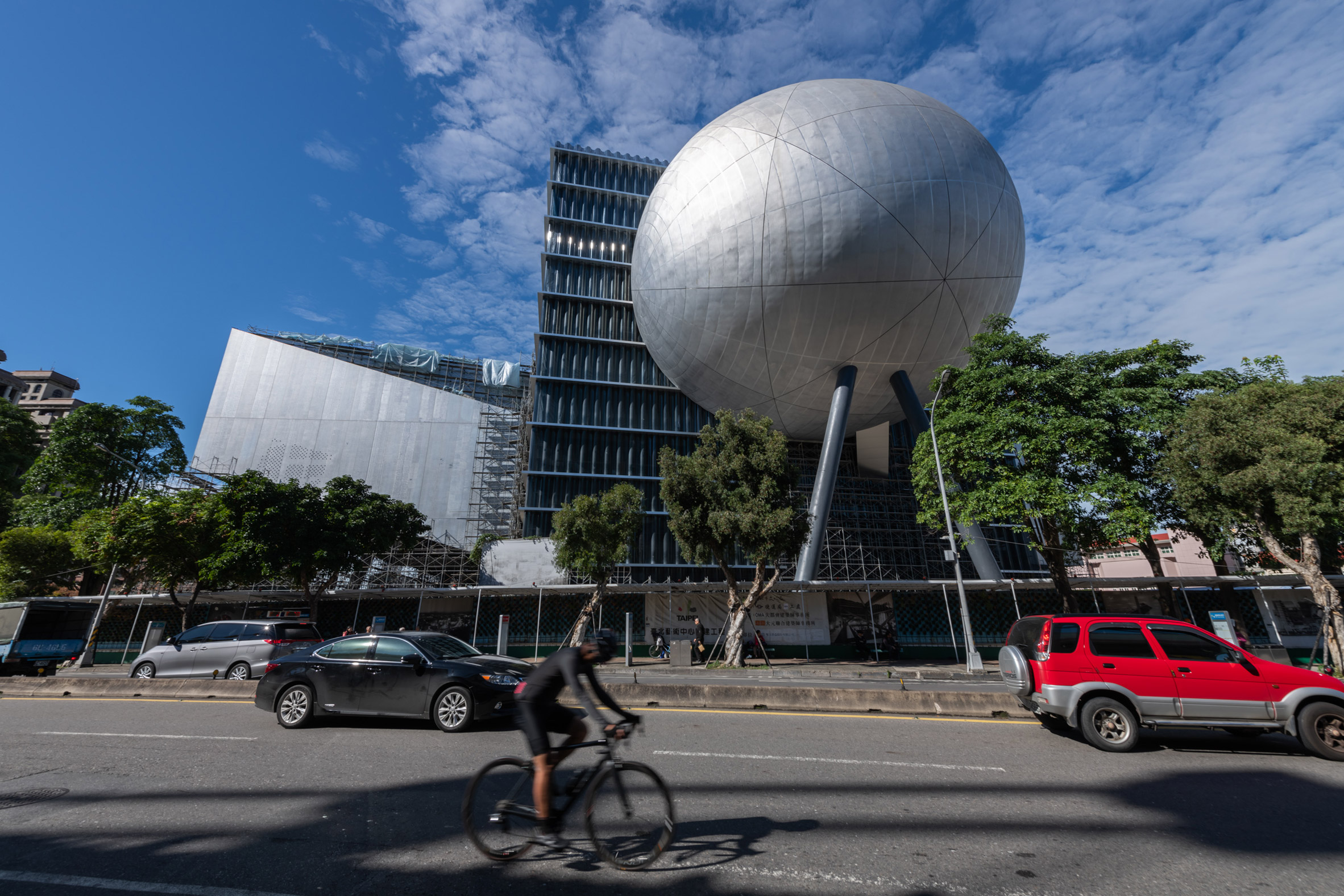 All of TPAC’s backstage areas will be housed within the cube, which OMA has wrapped with a circulatory space named The Public Loop, designed for access by the general public as well as ticket holders.

OMA hopes that the Public Loop will expose parts of these backstage areas will help showcase the theatre making process that is usually hidden, allowing TPAC to “engage a broader public” and become more accessible.

The completion of TPAC is intended to “facilitate the development of local performing groups and add to Taipei’s image as an international cultural hub”. 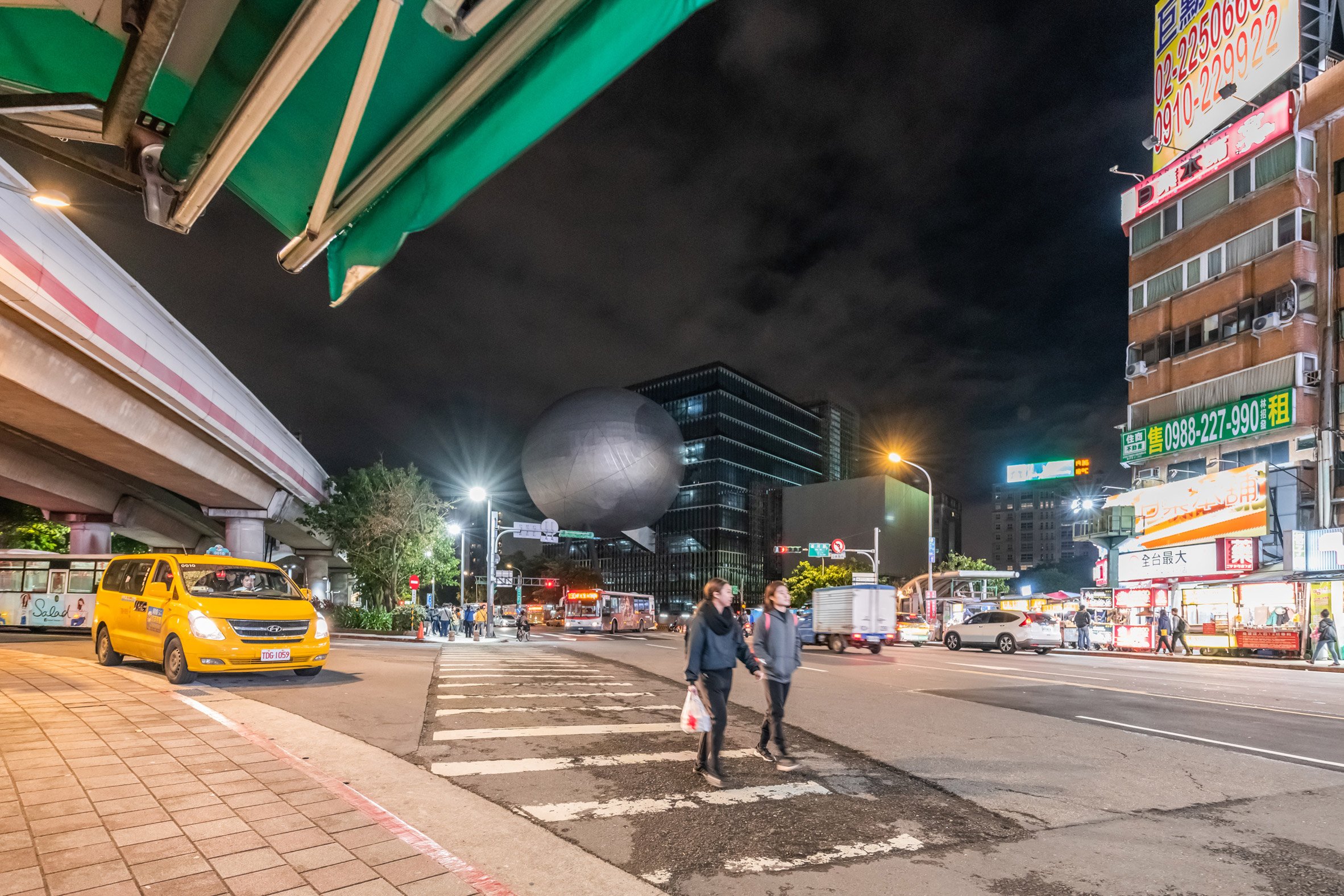 OMA won a competition to design TPAC in February 2009. It is expected to open in 2020, seven years later than planned.

Construction began in 2012. It topped out in August 2014, and the facade was first revealed in 2016. The project much-anticipated building featured in Dezeen’s most anticipated projects for both 2015 and 2016.

The new photos of TPAC released by OMA follows the practice’s completion of two towers at Park Grove complex in Miami, as well as its prefabricated concrete tower in Stockholm.

OMA has also recently unveiled its plans for the largest football stadium in the Netherlands, proposed for a site in Rotterdam on the Maas river.

Photography is by Kevin Mak, courtesy of OMA