This new set of images provides a closer look at the trio of towers designed by architecture firm OMA for Miami‘s Coconut Grove. 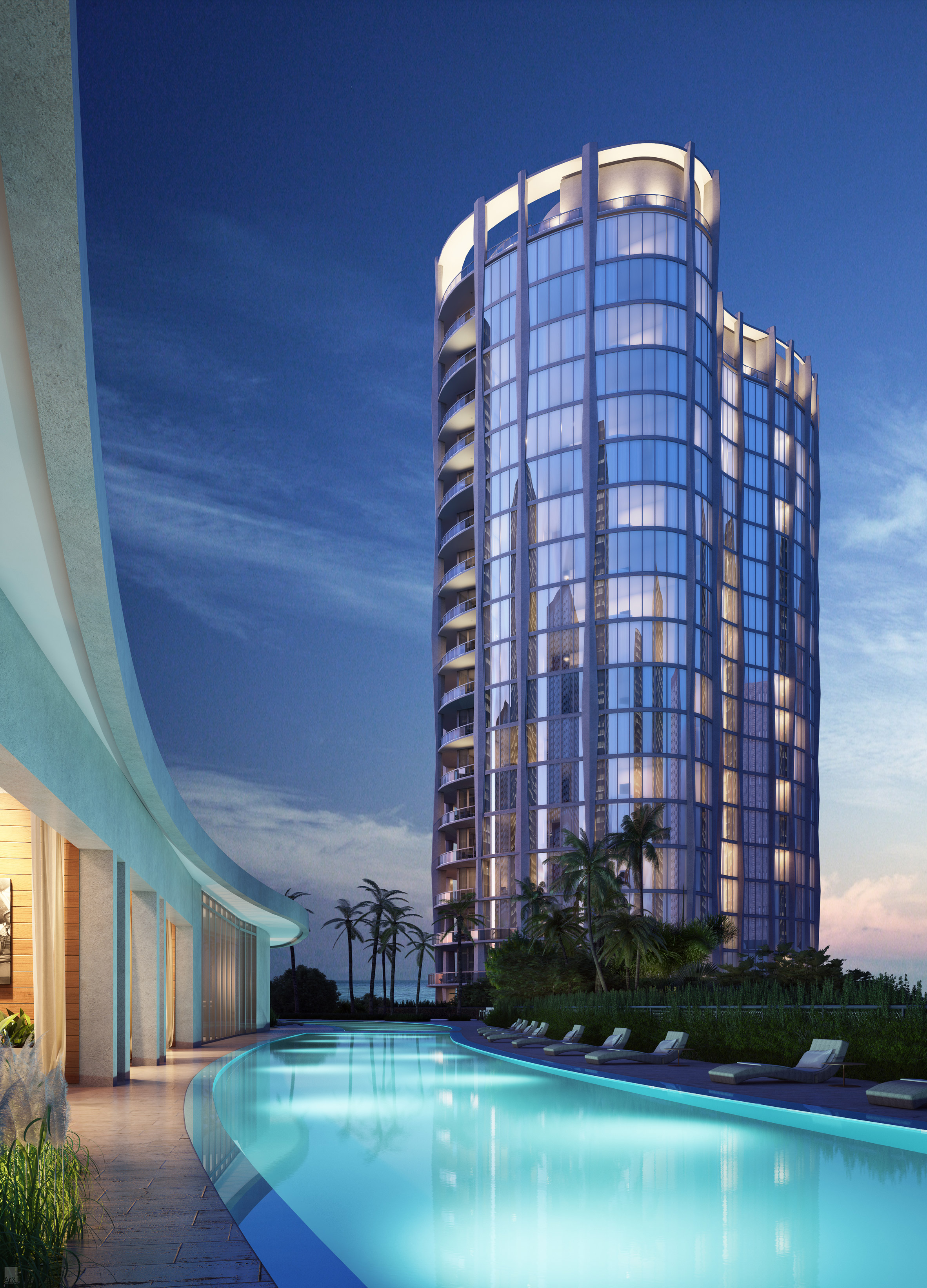 Currently under construction, the Park Grove development occupies the last open lot in the waterfront area south of Downtown Miami. It sits along Bay Shore Drive’s “wall of towers”, made up of large residential, office and hotel buildings, close to BIG’s recently completed pair of twisting condominium blocks. 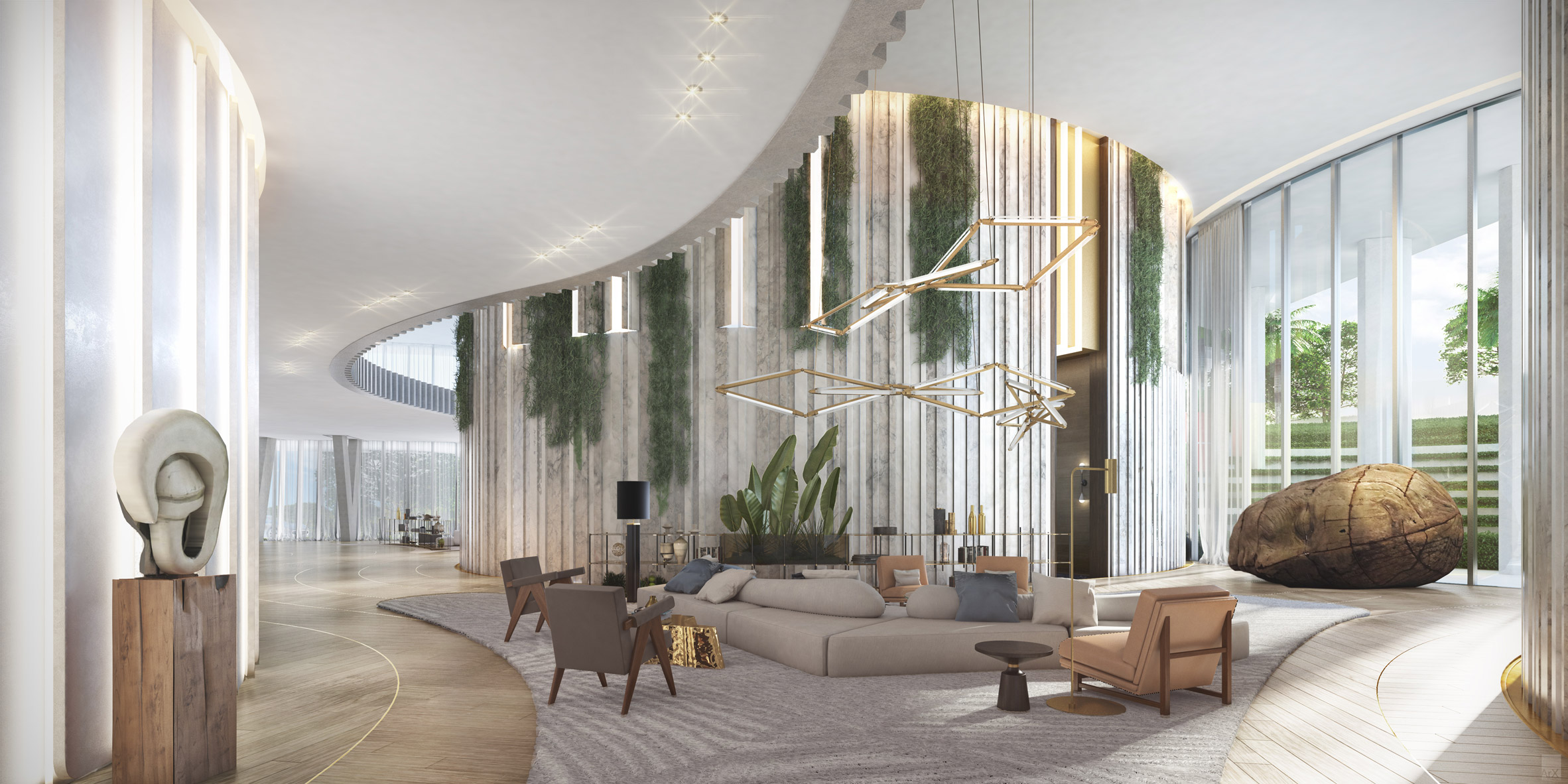 Aiming to minimise the visual impact of the development, OMA‘s New York office has split one million square feet (93,000 square metres) of living spaces over three high-rises, distributed across the five-acre site. 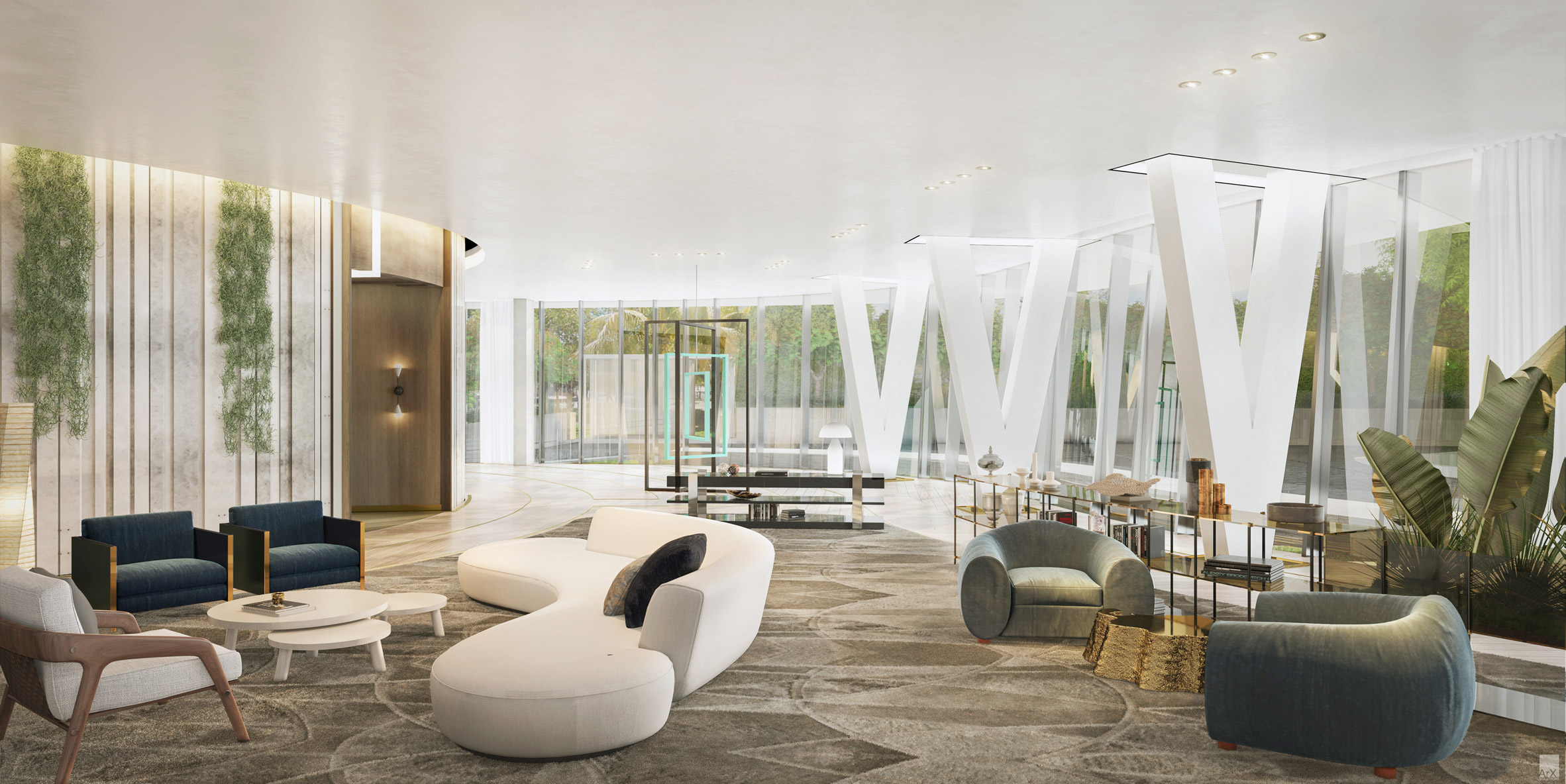 Two of the curvaceous towers have peanut-shaped footprints, and include separate circulation cores at either end, while the third building is more cylindrical.

“Inspired by the organic shapes of the nearby barrier reefs, the curved plates contribute to optimised views while decreasing wind-loads and improving facade-to-area ratios,” said OMA.

Each of the buildings presents a glazed facade to the city, and generous balconies for outdoor living on the ocean side. Structural columns are articulated on the exterior, freeing up internal spaces for open-plan layouts. 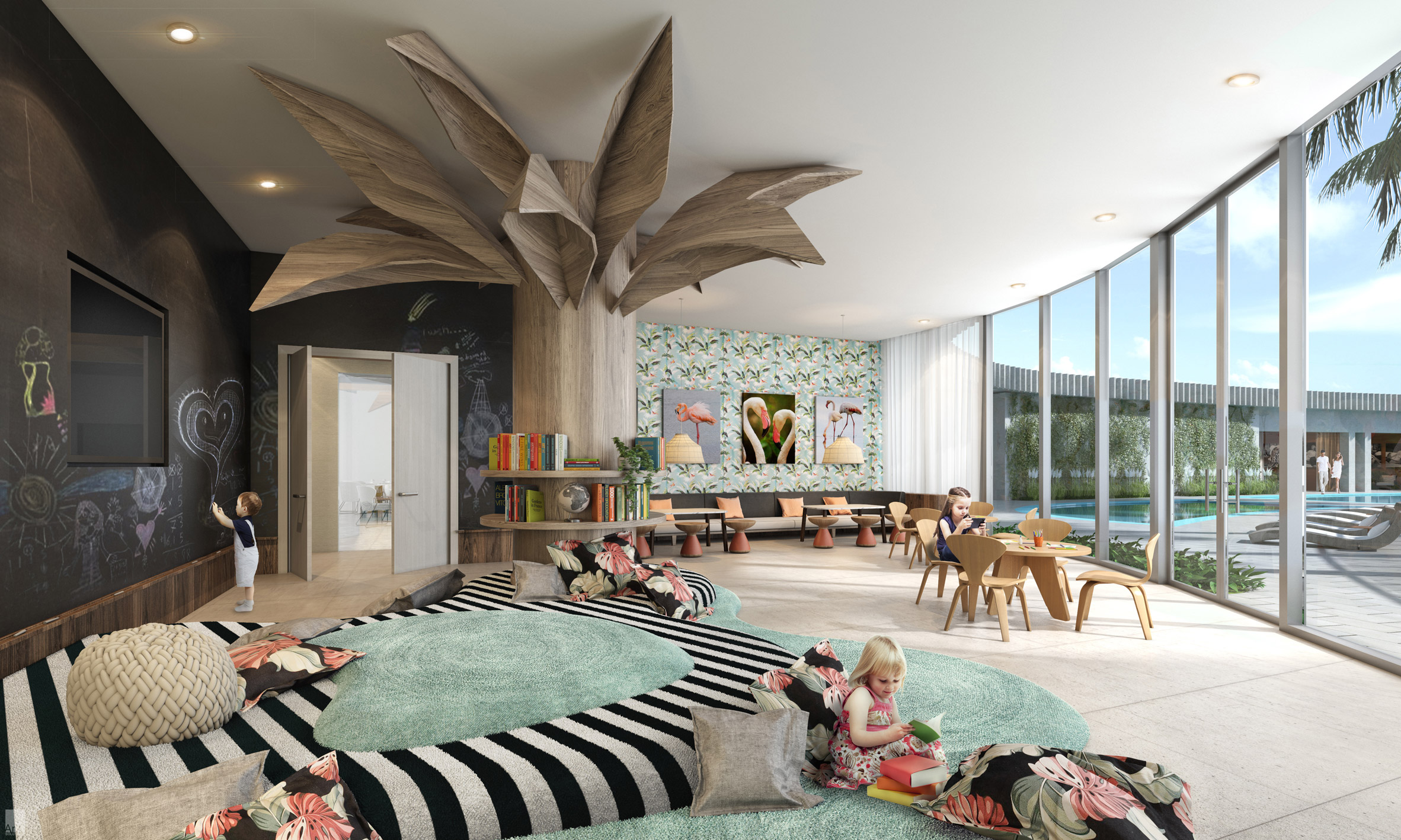 “The tapering column profile creates a destabilising, mirage-like effect from afar, while maximising their connection to the faceted glass facade on a construction detail level,” OMA said. 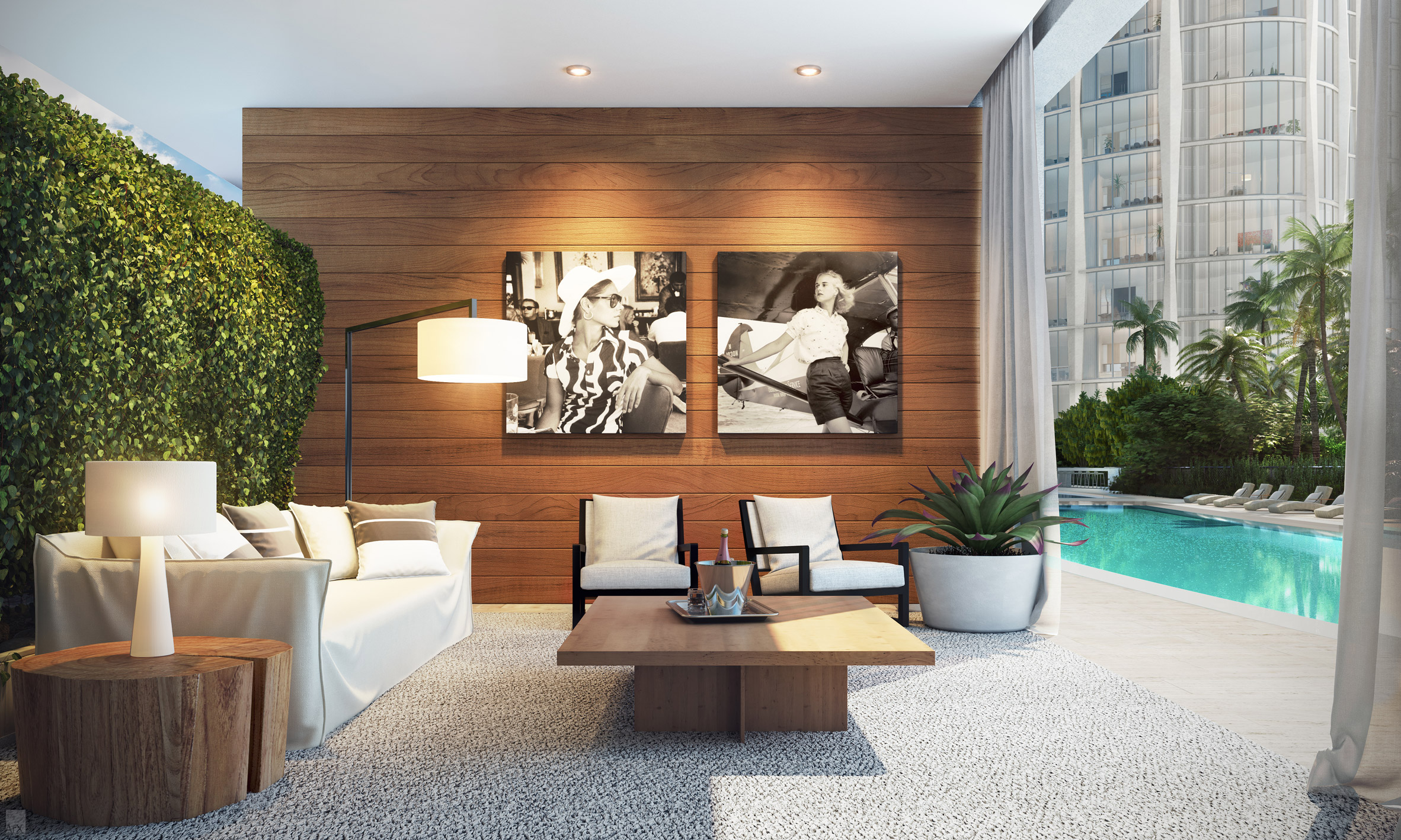 The shapes of the buildings allow for a variety of apartment sizes and arrangements. The new renderings show a selection of interior styles by New York studio Meyer Davis, from light minimal lobby spaces to more intimate lounge and dining areas decorated with wood and concrete finishes. 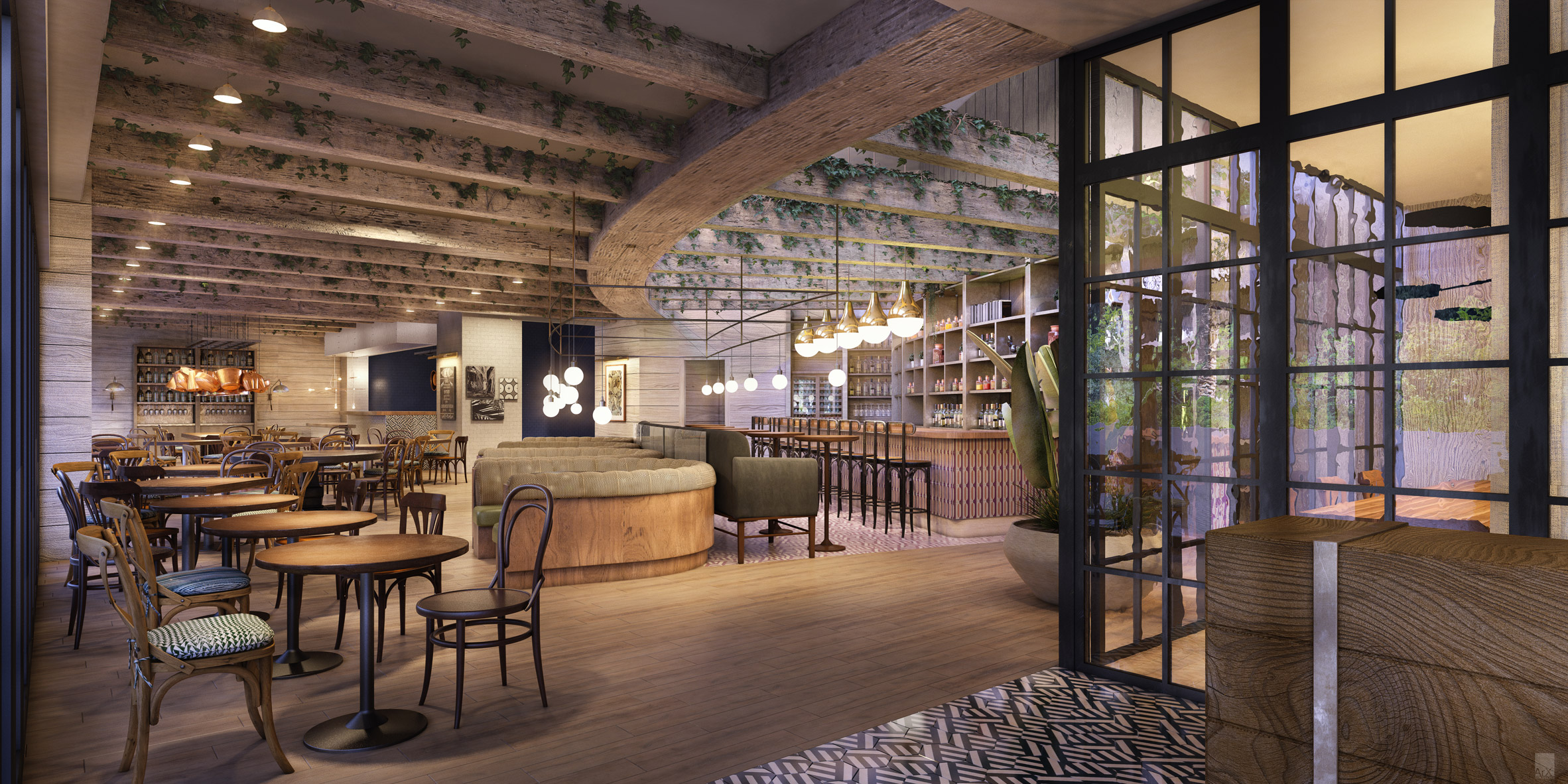 A landscaped plinth links the towers and houses amenities including a wine cellar, a gym and a screening room. Gardens and swimming pools cover the top of these spaces. 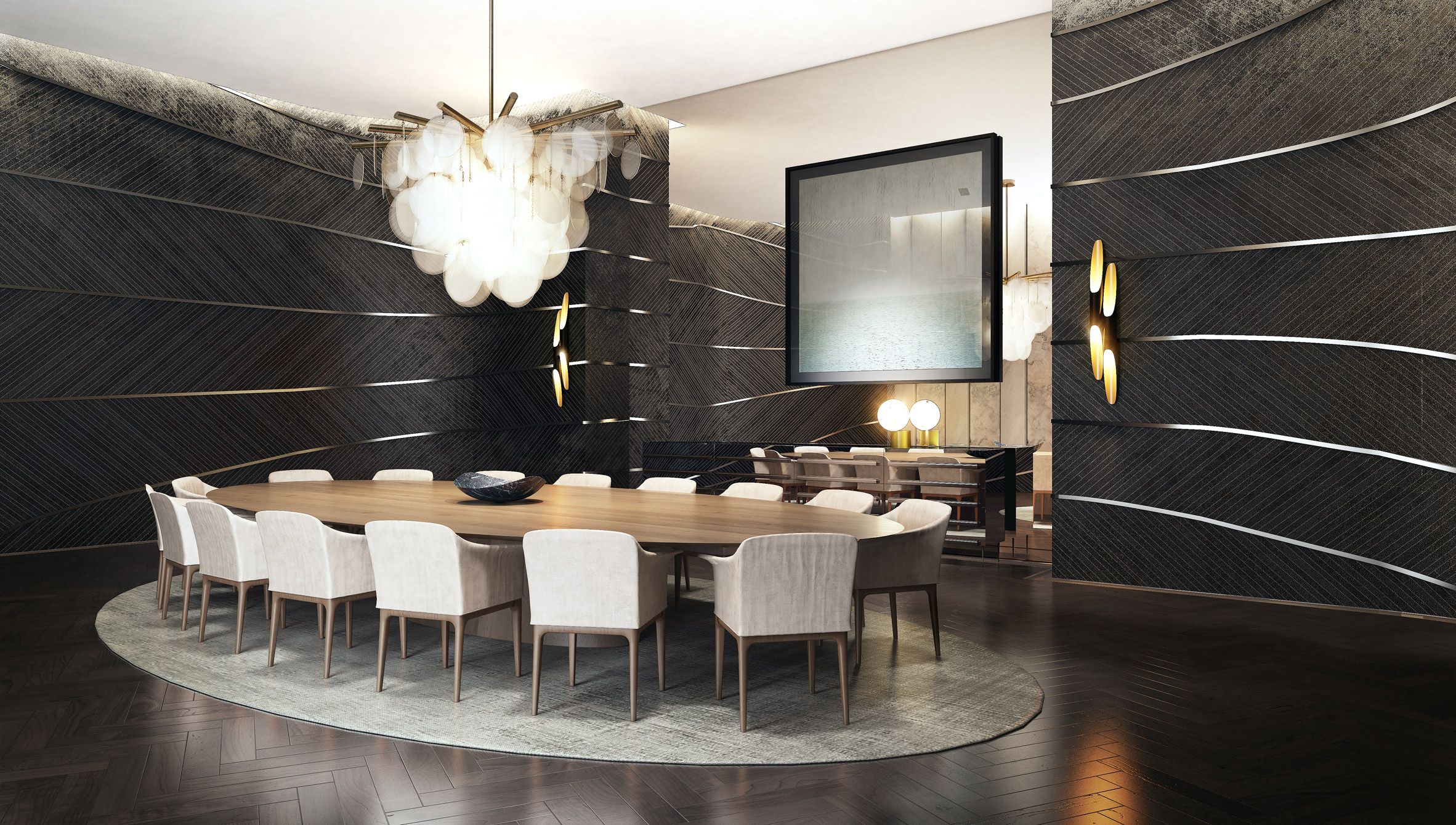 Miami is booming with luxury condominium construction, involving some of architecture’s biggest names. Projects by Zaha Hadid, Foster + Partners, Renzo Piano, Herzog & de Meuron and more are all proposed or rising in the city.

OMA New York, which is led by architect Shohei Shigematsu, also recently completed cultural facilities for the Faena Forum development in nearby Miami Beach, which include a drum-shaped performing arts centre. 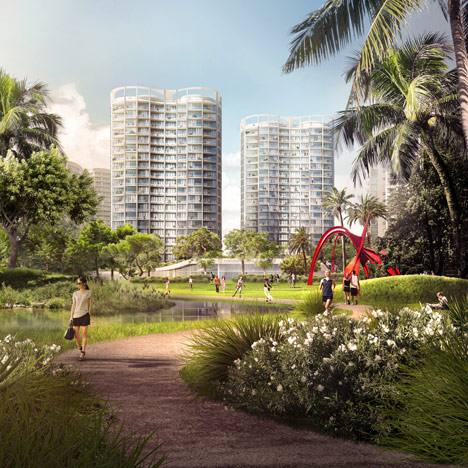