Designer Patricia Urquiola has overhauled Cassina’s 1940s headquarters in Meda, northern Italy, to include a wall of plants and a cylindrical meeting space encased in metal panelling. 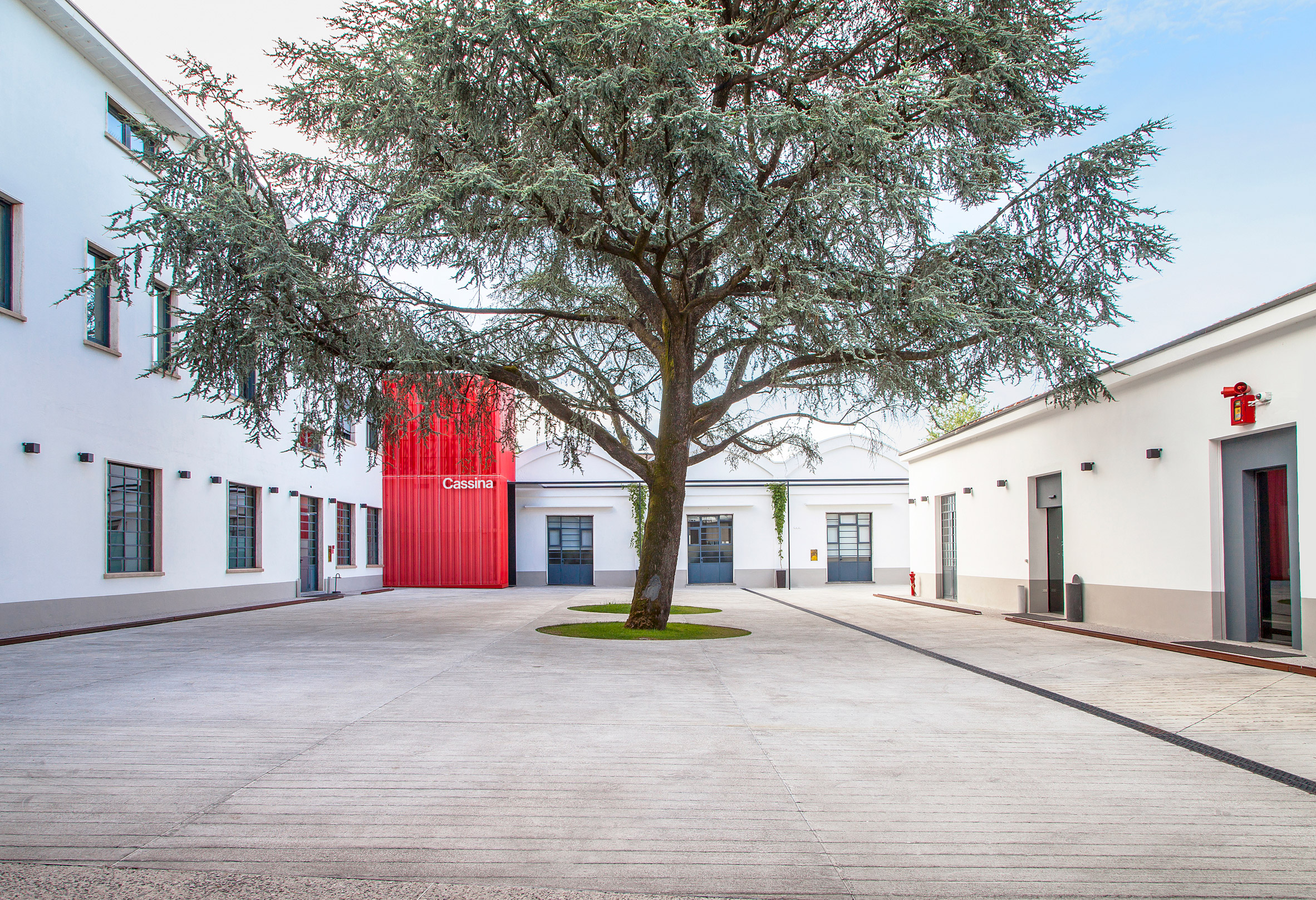 Urquiola, who was appointed the brand’s art director in 2015, refreshed the old production facility to commemorate Cassina’s 90th anniversary.

The headquarters are located in Italy’s Brianza area. It was originally constructed in the early 1940s, when Cassina used it both as a living space and a factory to produce its first industrialised products. 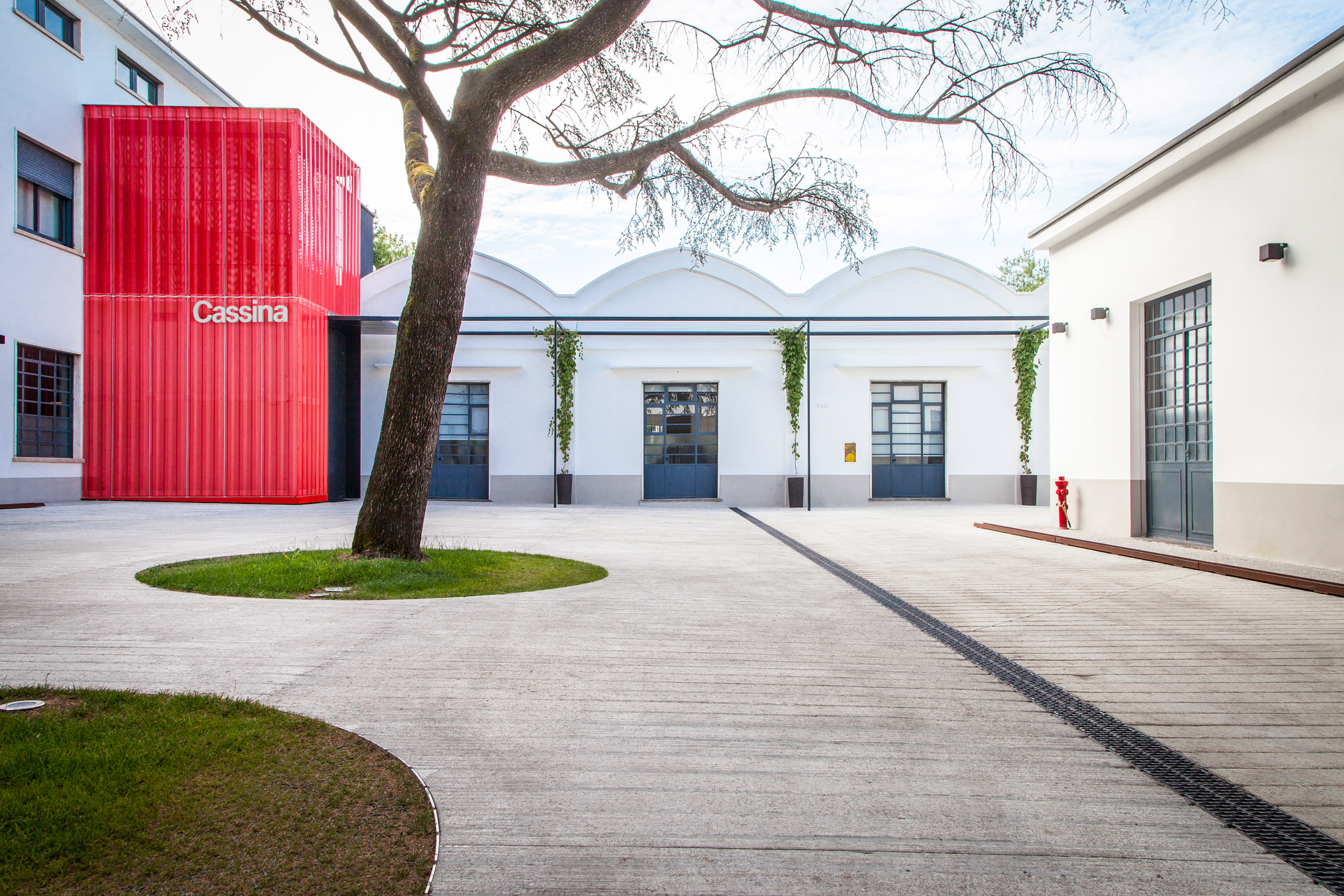 Through the renovation, the brand wanted to keep the building’s existing features to retain the industrial history of the site.

They modernised the original stone structure and its subsequent extensions by restoring the entrance courtyard, adding a welcome area and developing new communal spaces for employees. 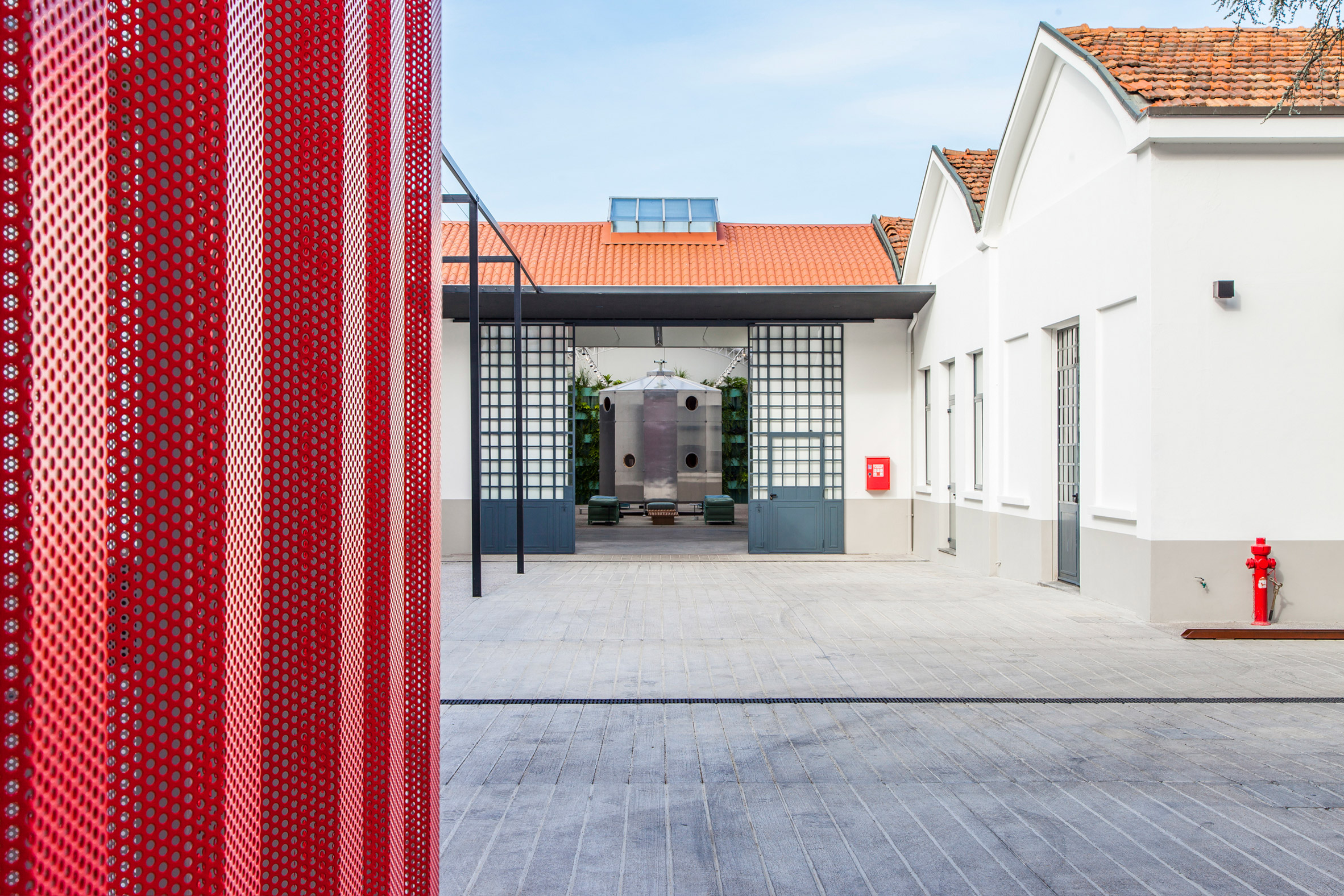 Cassina said its objective for the new building was “to allow the true essence of the headquarters to transpire bringing it back to life in its purest form”.

“I believe that the key word in this historical and cultural time is, above all, consistency,” said Uriquiola.  “This translates in the project’s precision, intellectual honesty and a vision towards the future.” 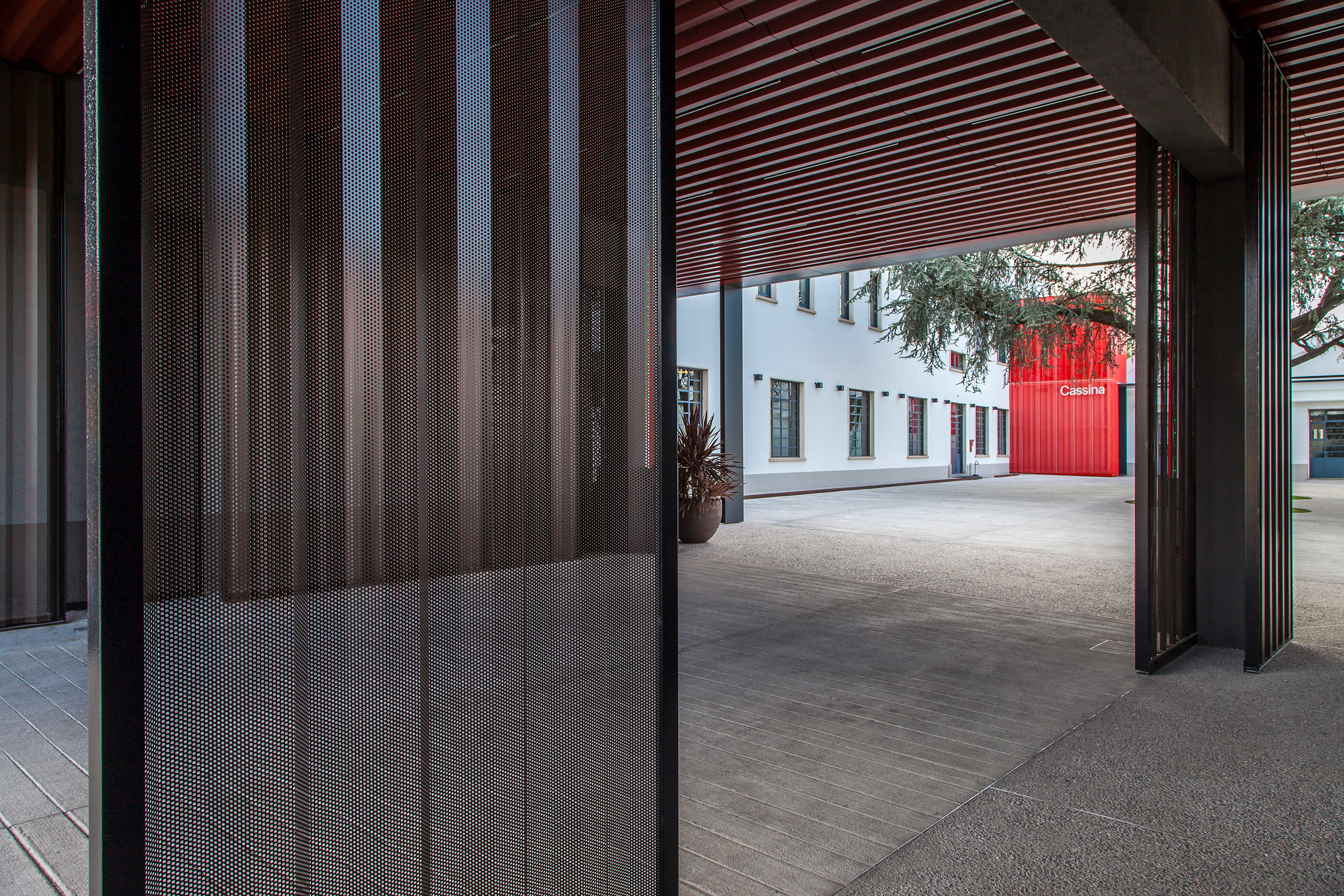 Following these principles, the architects placed perforated aluminium curtains at the entrance of the courtyard to achieve a contemporary feel.

A perforated box-like extension featuring the company’s name protrudes from the main structure. 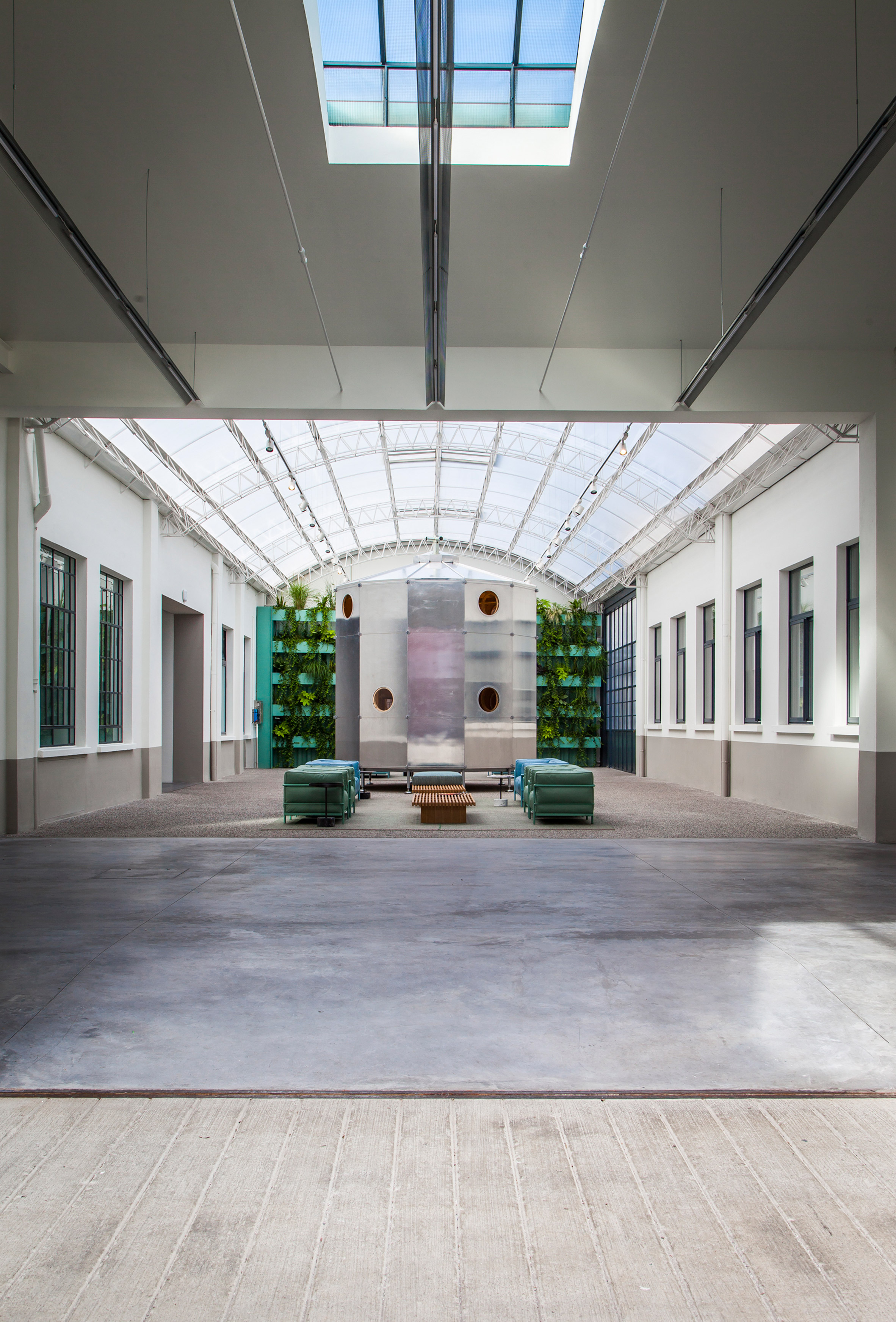 For the main communal area, Uriquiola chose a mix of pastel-hued armchairs and sofas to create two lounge set-ups on either side of the space.

These include well-known pieces by Cassina collaborators, including LC2 sofas by Le Corbusier, low Refolo tables by Charlotte Perriand and 1949 side tables by Piero Lissoni. 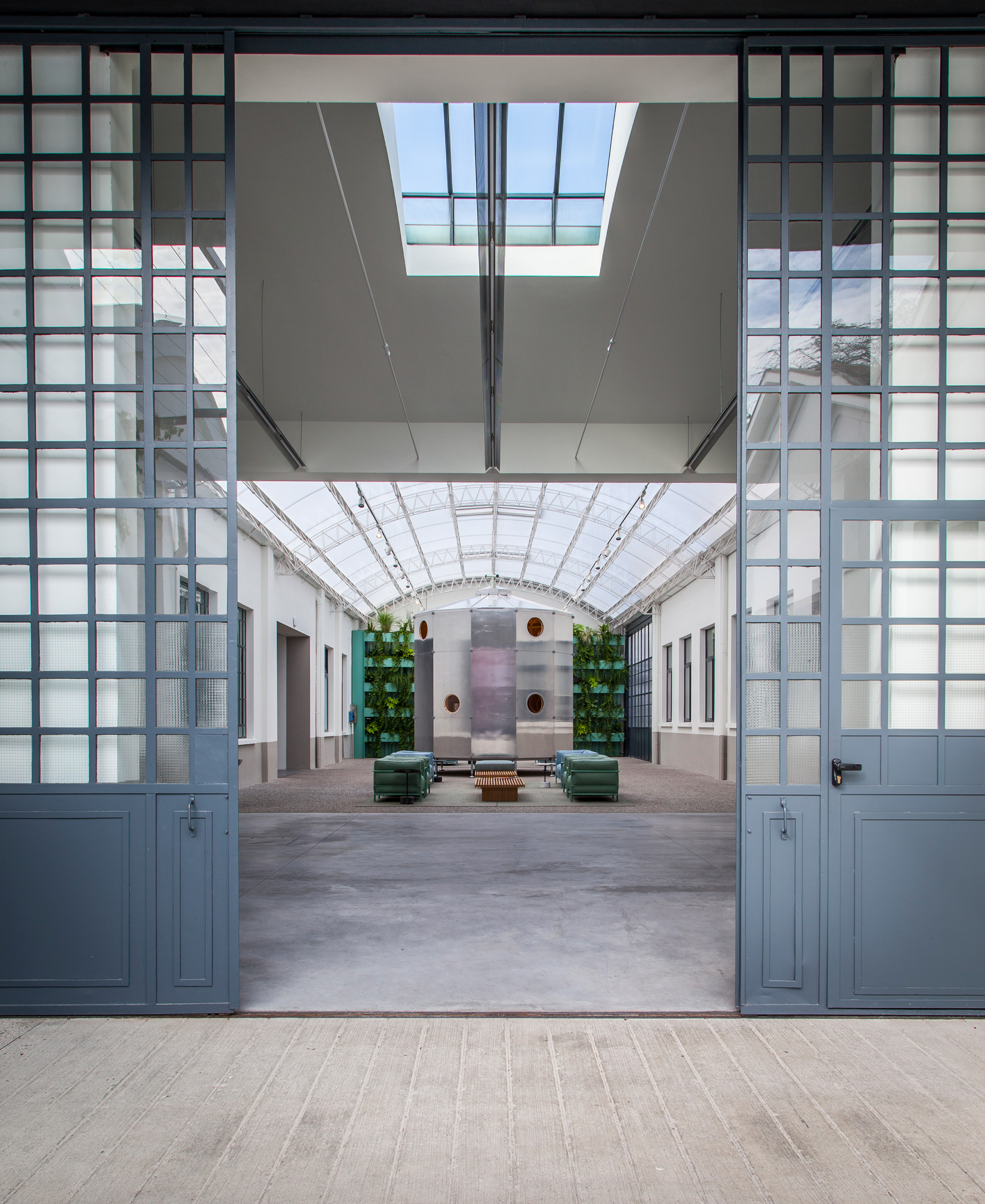 Rows of plants are positioned on a mint blue shelf that occupies the entire back wall of the room.

At its centre is a “futuristic” cylindrical volume, made from metal panels and elevated on tiny stilts. 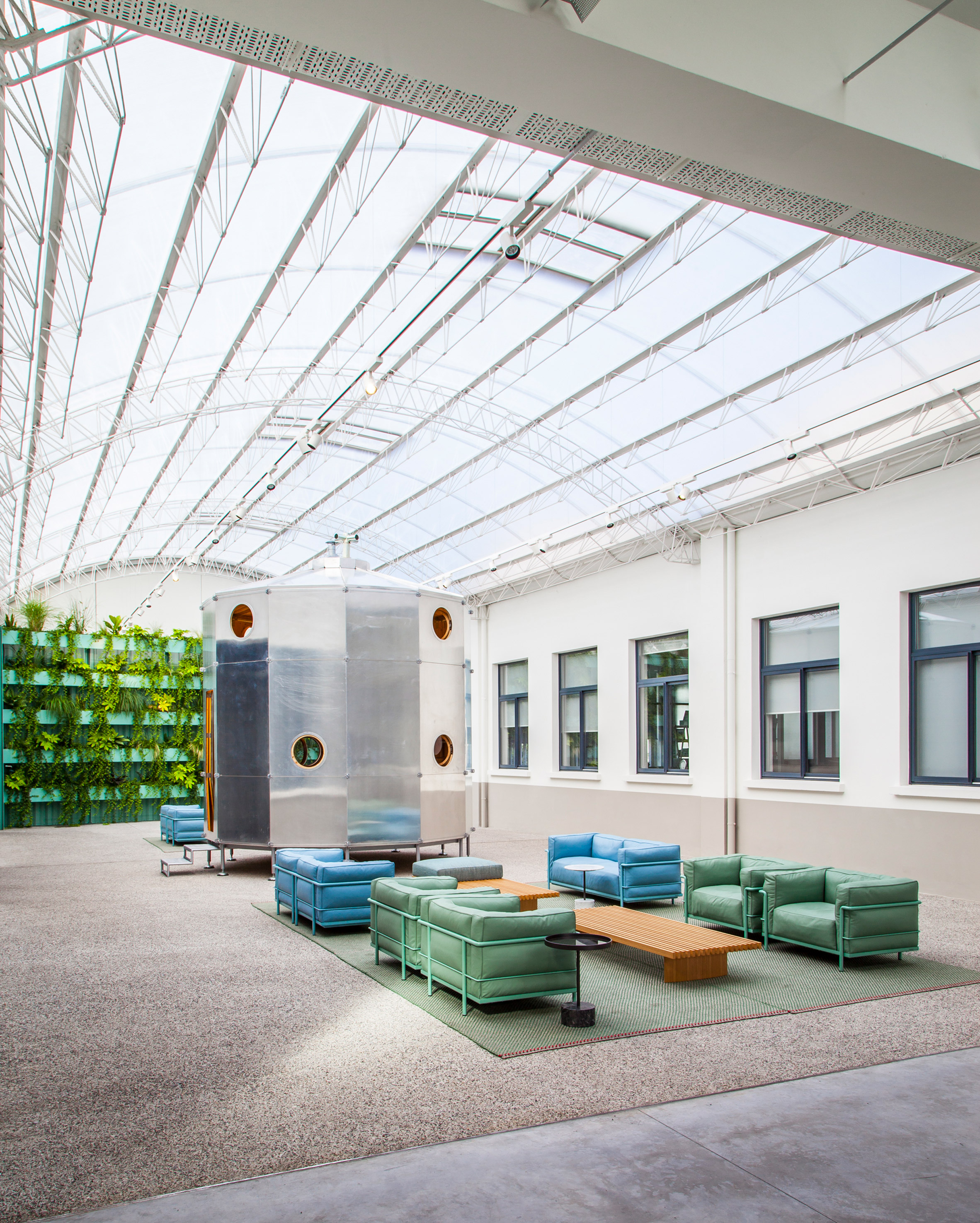 The structure, titled Refuge Tonneau, is a reproduction of a mobile shelter designed by Charlotte Perriand and Pierre Jeanneret in 1938 and produced by Cassina in 2012. 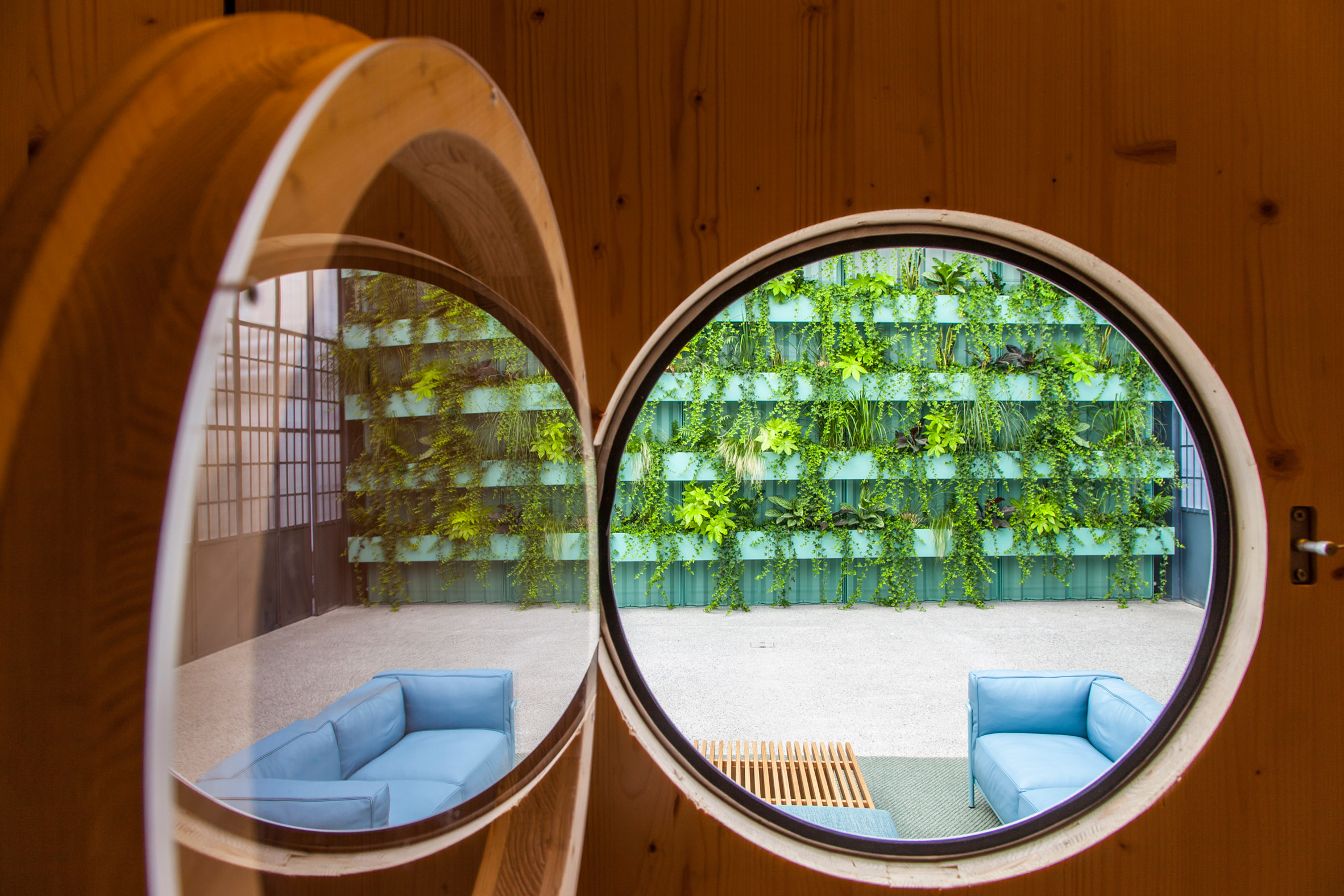 As well as alluding to Cassina’s design history, the space is intended for recreational use.

“Cassina employees can enter the Refuge Tonneau to enjoy a coffee during their break,” the team explained. 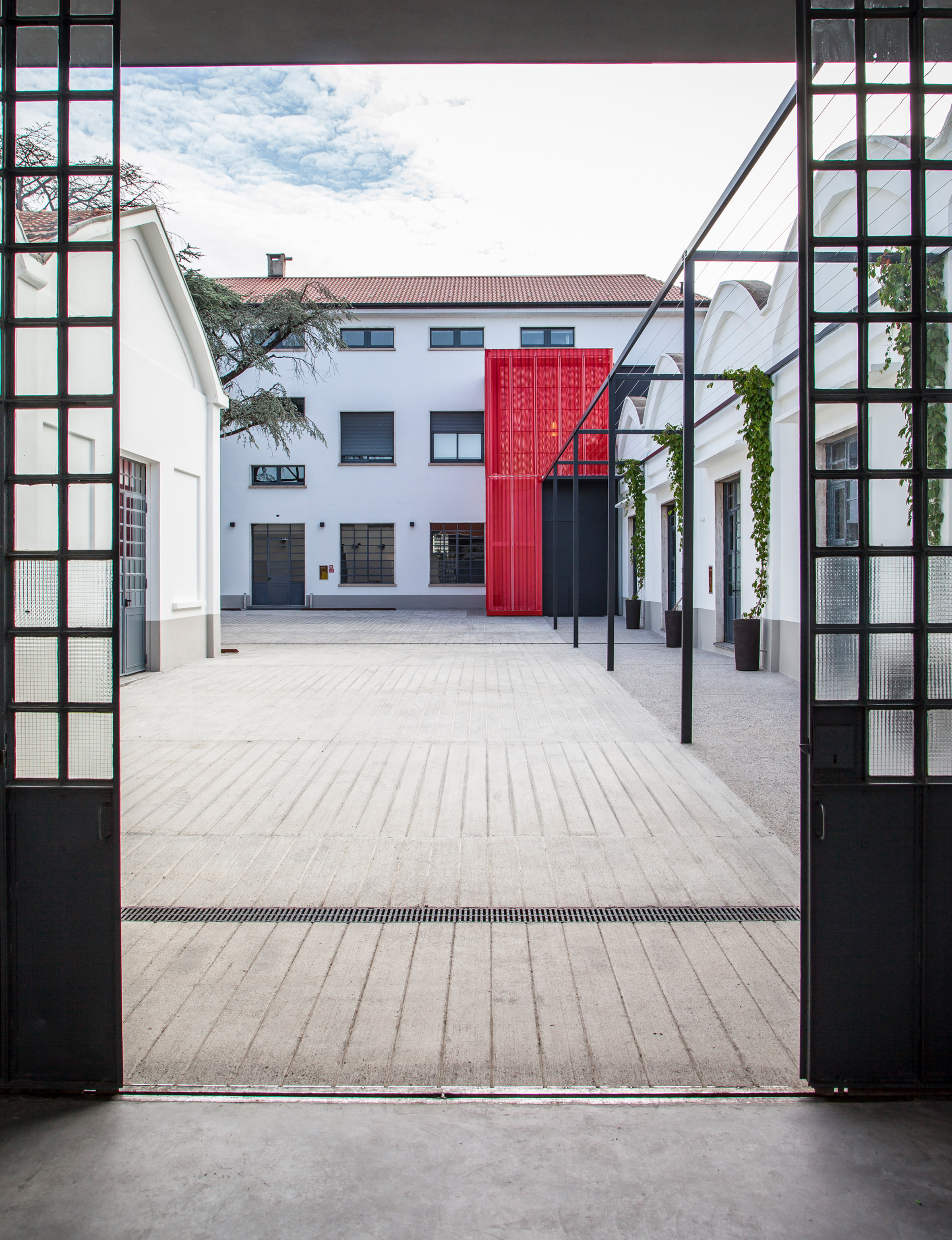 Cassina was founded by brothers Cesare and Umberto Cassina in 1927. In 2005 it was acquired by Italian design group Poltrona Frau, which was in turn bought by American office furniture giant Haworth in 2014.

At this year’s Milan Design Week, Urquiola curated an exhibition showcasing the brand’s past and future. 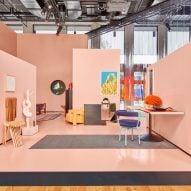 Cassina marks 90th anniversary with installation exploring its past and future