Architect Pietro Airoldi left traces of old partition walls on the ceiling of this renovated 1930s apartment in Sicily as a reminder of its previous layout. 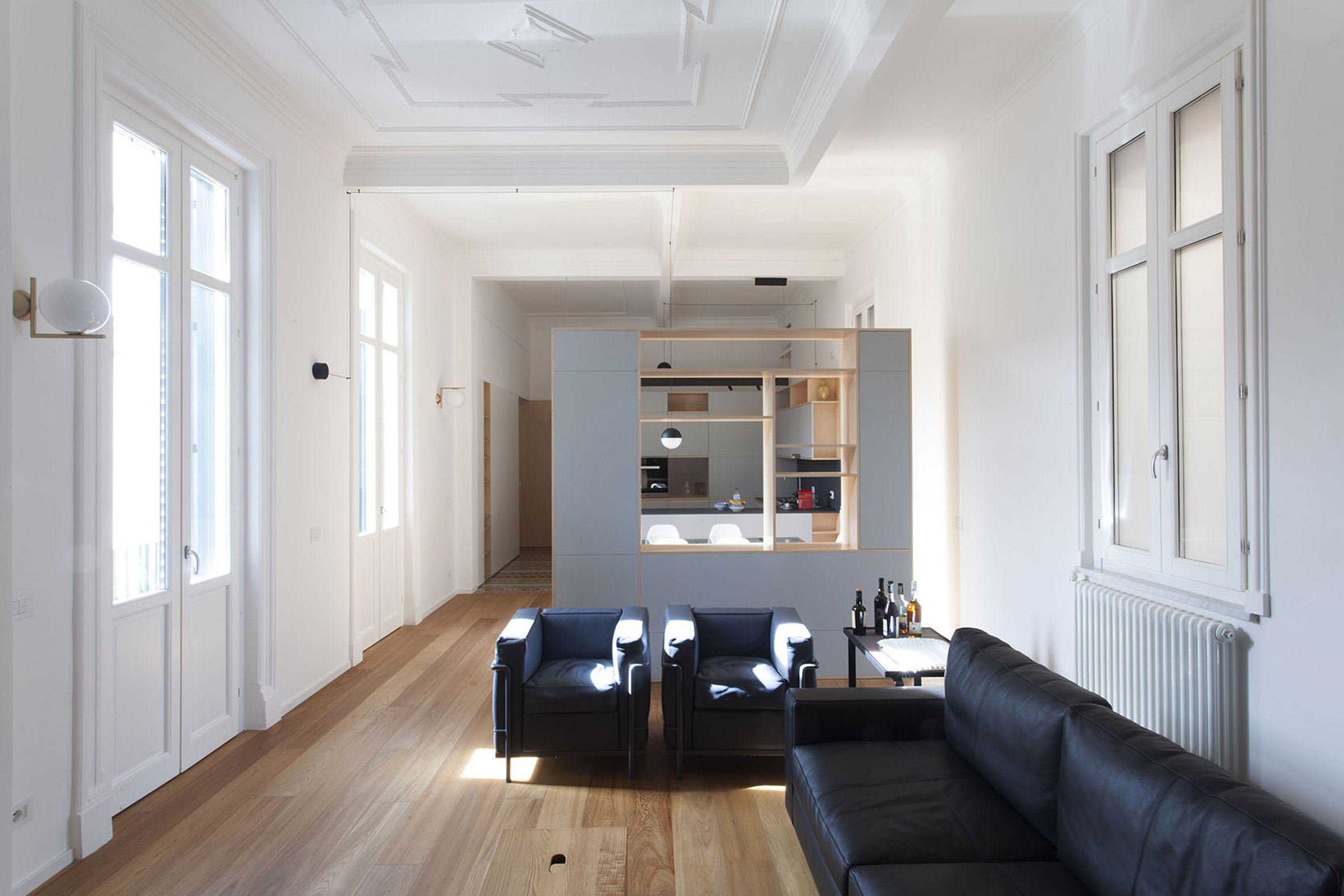 Located on the fourth floor of a 1930s building in the centre of Palermo, the 110-square-metre apartment was originally laid out as a series of small rooms.

Local firm Pietro Airoldi Studio rearranged the residence so that the entire space benefitted from the light provided by two courtyards – one very large and bright with tall trees, and the other much smaller and darker. 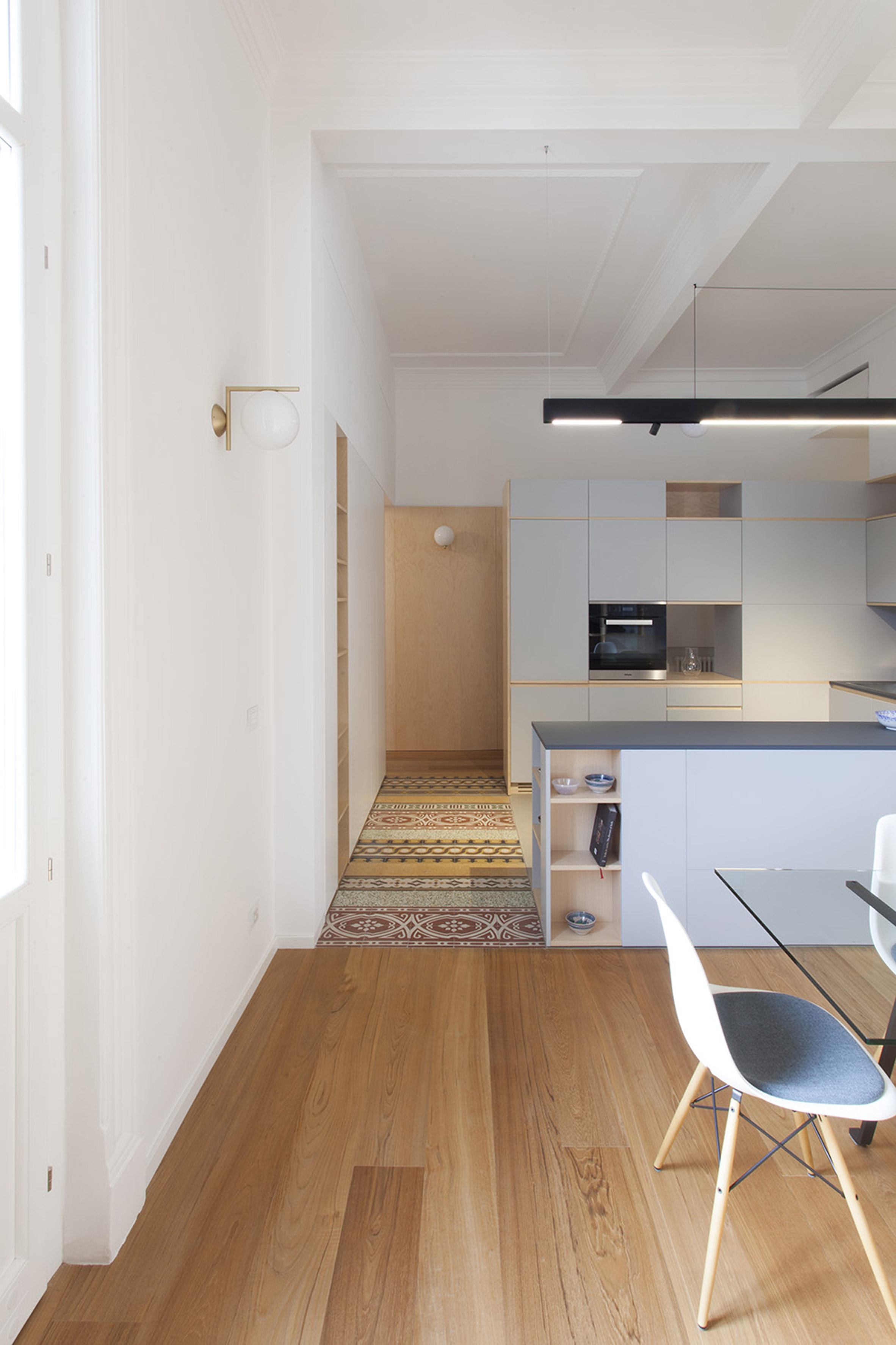 A central open-plan space in the reorganised layout hosts the living space, dining area and kitchen, while a studio, guest room and bedrooms are located off the main space.

“The memory of the original configuration of the apartment is still visible in the ceiling,” said Airoldi.

“The traces of the partition walls and plaster decorations of the old rooms were left in their original position and now form a pattern in the new space.” 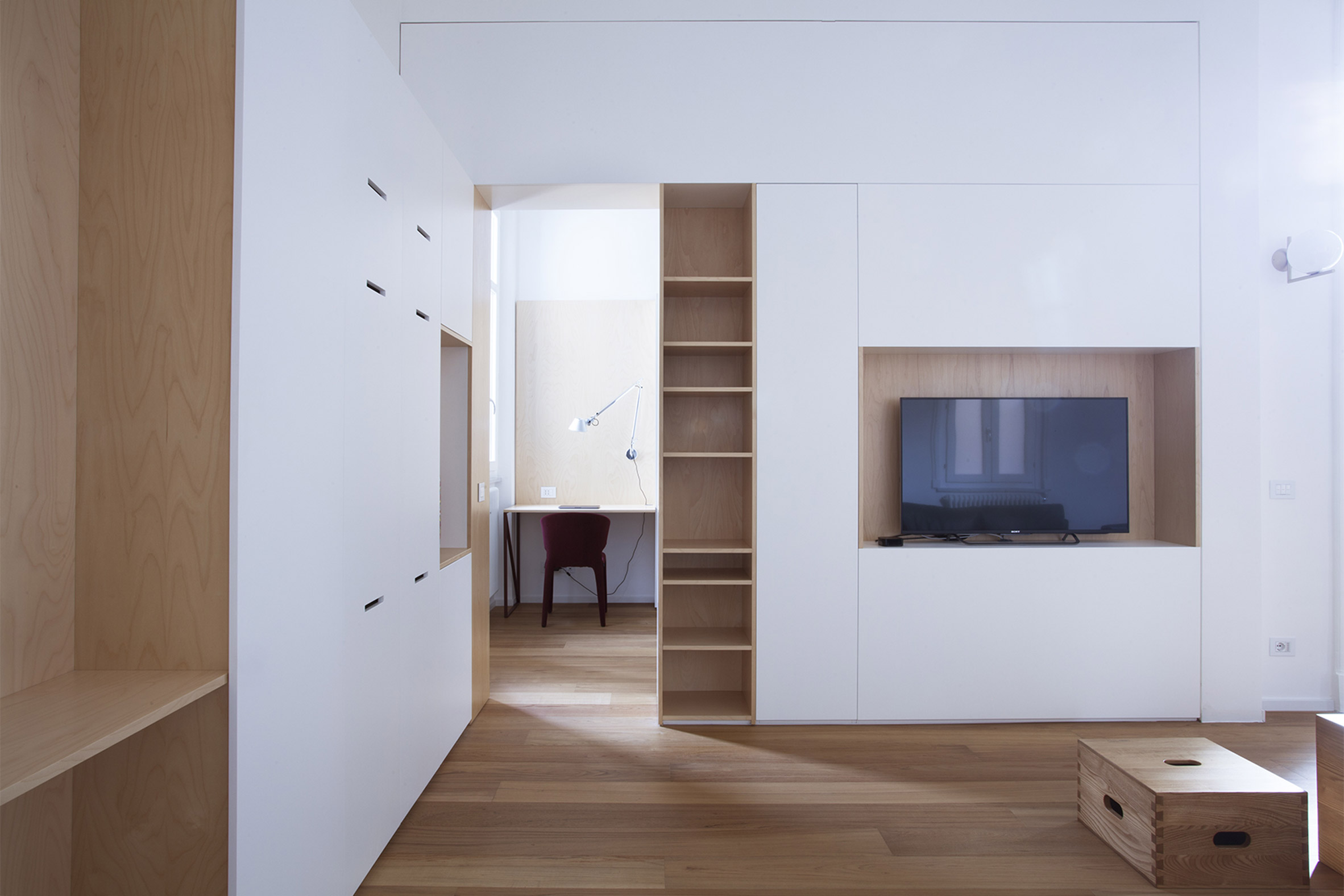 Teak wood flooring features throughout the apartment, except for the kitchen and the bathrooms – where cement resin is used. 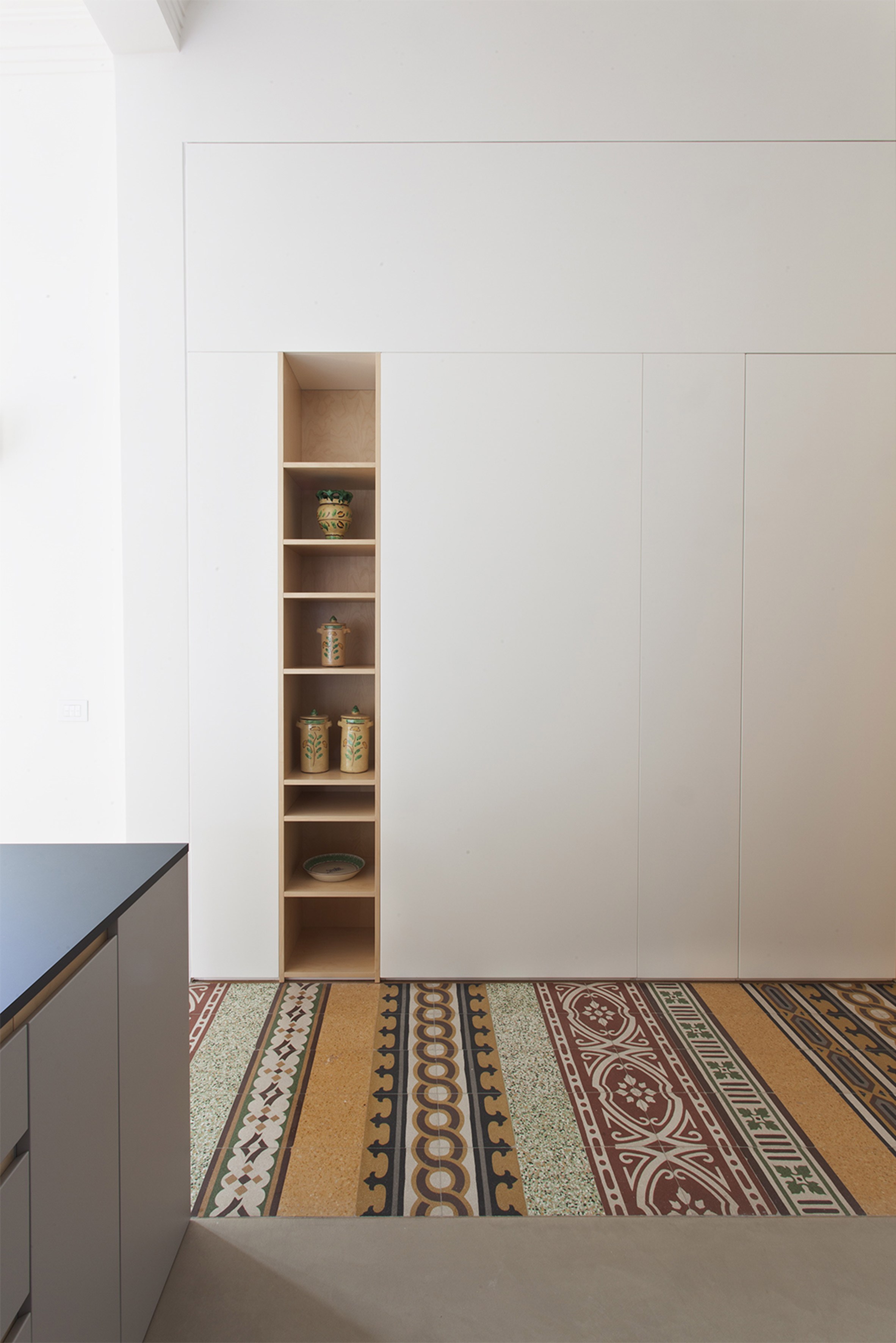 Where new partitions have been inserted, the architects have taken care to integrate custom cabinetry including shelving, storage and desk space made from birch plywood and lacquered MDF. 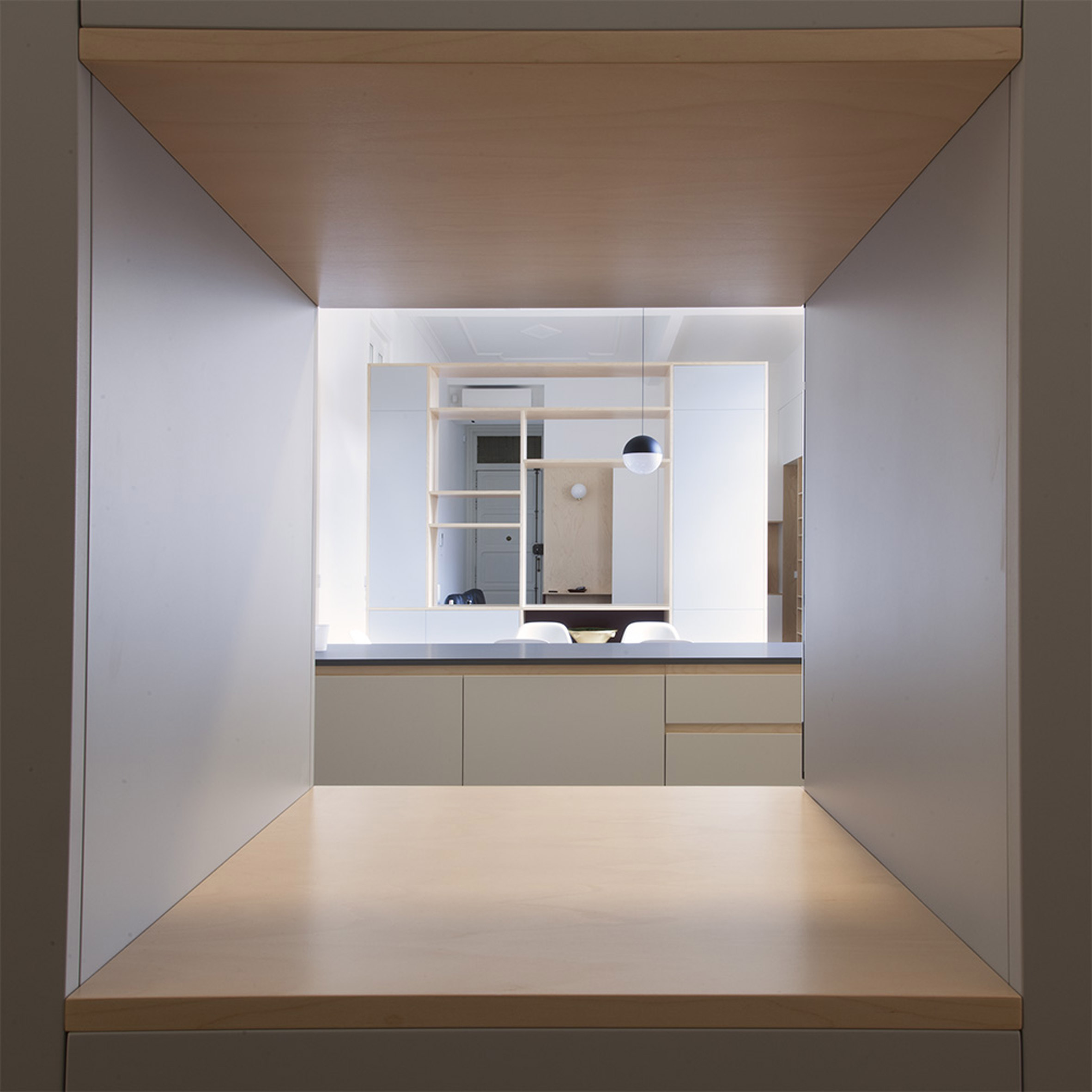 “These multifunctional objects are considered as mini-architectures and each furniture frames visually the next one,” explained Pietro Airoldi. 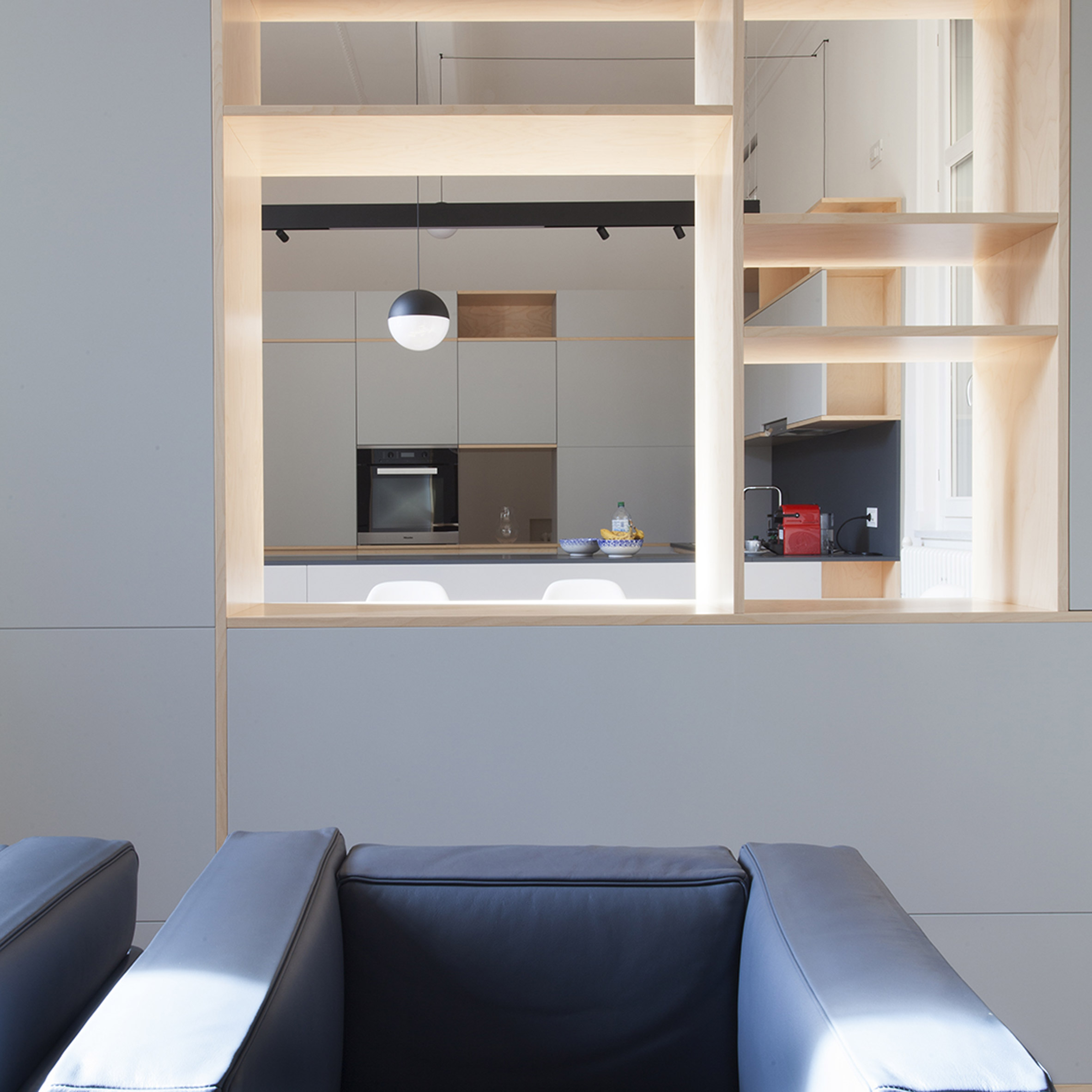 A smaller shelving and cabinet unit located in the centre of the main space is used as a room divider between the living and dining areas.

Pietro Airoldi operates his eponymous studio from Palmero. Other projects completed by the architect range from exhibition design and interiors, to product and furniture design.

Photography is by Francesco Giardina. 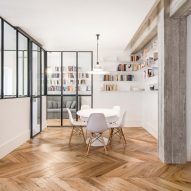