Reiulf Ramstad Arkitekter has unveiled plans for a new agricultural and baking education centre in Denmark‘s Jutland region, which will feature teaching spaces skylit by a pair of kiln-shaped forms.

Called Kornets Hus – translating from Danish as Grain House – the new timber-framed learning centre will be completed this year in the town of Hjørring, on a patch of land where a farm and bakery are currently located.

“The Jutland region, with its diversity of landscapes and long history, is in many ways the most continental region in Denmark,” said Olso-based architecture firm Reiulf Ramstad Arkitekter. “Hjørring has some of the oldest traces of settlements nationally and an established cultural landscape.”

“The new inspiration centre will offer visitors, locals and employees alike a facility for activity-based learning centered around the importance of grain both to Jutland and human civilisation,” continued the architects. 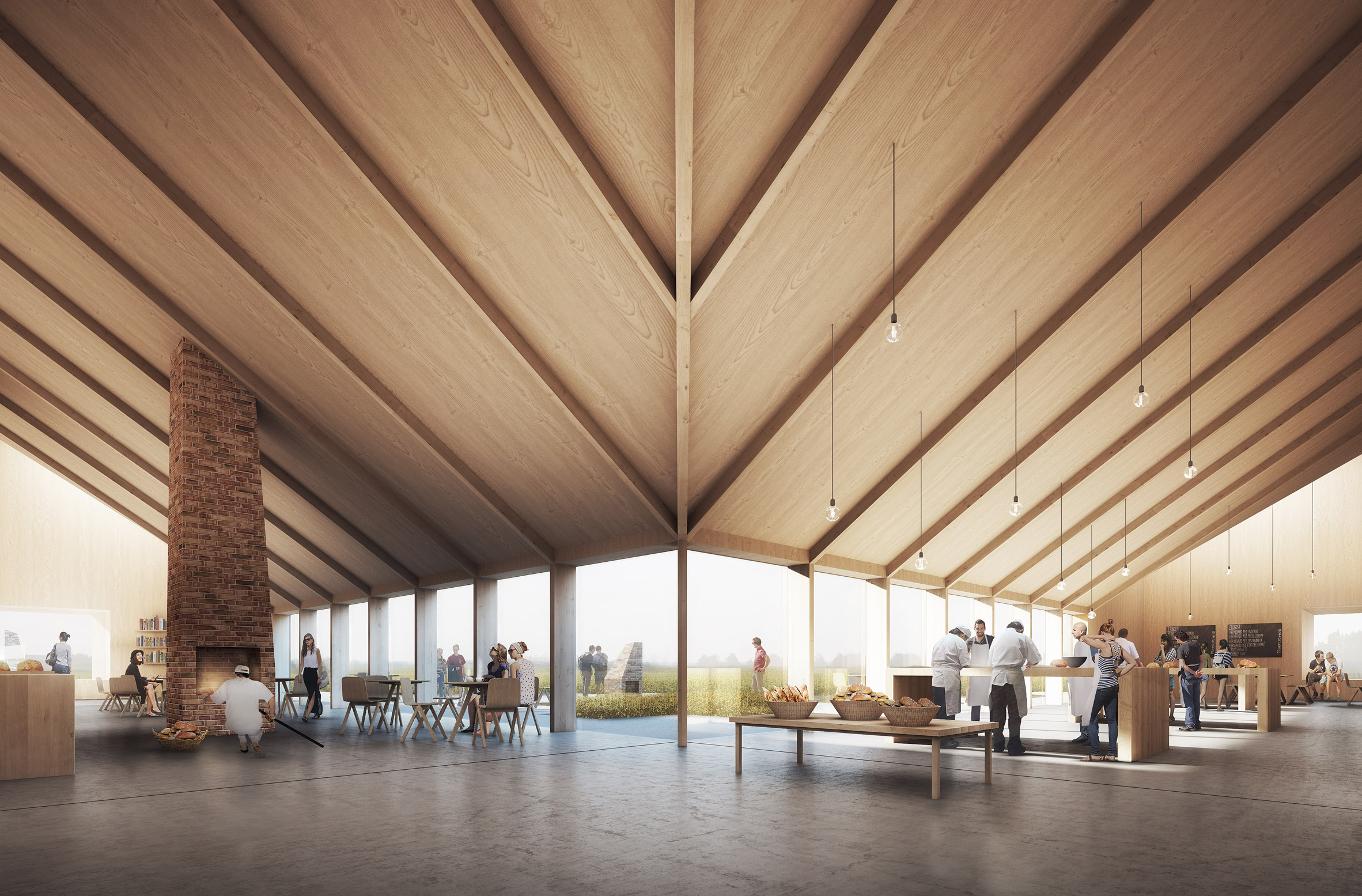 With an L-shaped plan wrapped around a garden courtyard, the Kornets Hus’ architectural form is derived from research into the region’s rich landscape, folk culture and agricultural heritage.

Teaching and exhibition spaces will be positioned at either end of the building beneath two soaring brick-clad lightwells. Inspired by baker’s kilns, the lightwells provide the generously proportioned classrooms with natural light.

At the building’s heart, the public spaces are centered around a large bread oven.

Floor-to-ceiling windows frame views across a vast expanse of wheat fields to the west, which can also be appreciated from the building’s terrace area.

The architectural form of a kiln also served as a reference point for James Macdonald Wright and Niall Maxwell’s Kentish country house, which is modeled on traditional hop kilns. While in 2014, RCA graduate Olivia Wright’s final project proposed that vandalised bottle kilns in the English midlands be converted into a pottery preservation centre.

Renderings are by Places studio.