Text description provided by the architects. An old red Massey Ferguson like Grandpa Joan’s still works the land. In this fast-paced world, there are still ancient landscapes where the fumes of the neighbouring houses are important and accompany you in winter; corners of happiness where orchards outside the walls and on the banks of the river are nicely kept. This is the story of a family refuge where one can enjoy nature and simple things; of a time machine that wants to keep this precious landscape forever unchanged.

In this project, a meadow was constructed as an adaptation to the topography of the terrain. Elements, such as the garage, the water basin, the walkway or the sloping wall in the background that follows and cuts the steep slope, form a flat surface. And on its top, there rests an autonomous rectangular volume that houses the minimum functions of a dwelling in a single open-plan space; to the south, there is a living, dining and resting room; and within the thick wall that isolates us from the north, there are toilets and the entrance.

This architectural object transforms its relationship with the environment as the seasons change in the riverbank vegetation filter that accompanies it, but also from the varying expression of its gaze, which enjoys the landscape protected from the sun when it raises its eyelids. And, fearful of the brevity of this sober beauty, the refuge rests unstable on a hillside ledge like an owl ready to take flight with the landscape caught on its retina. 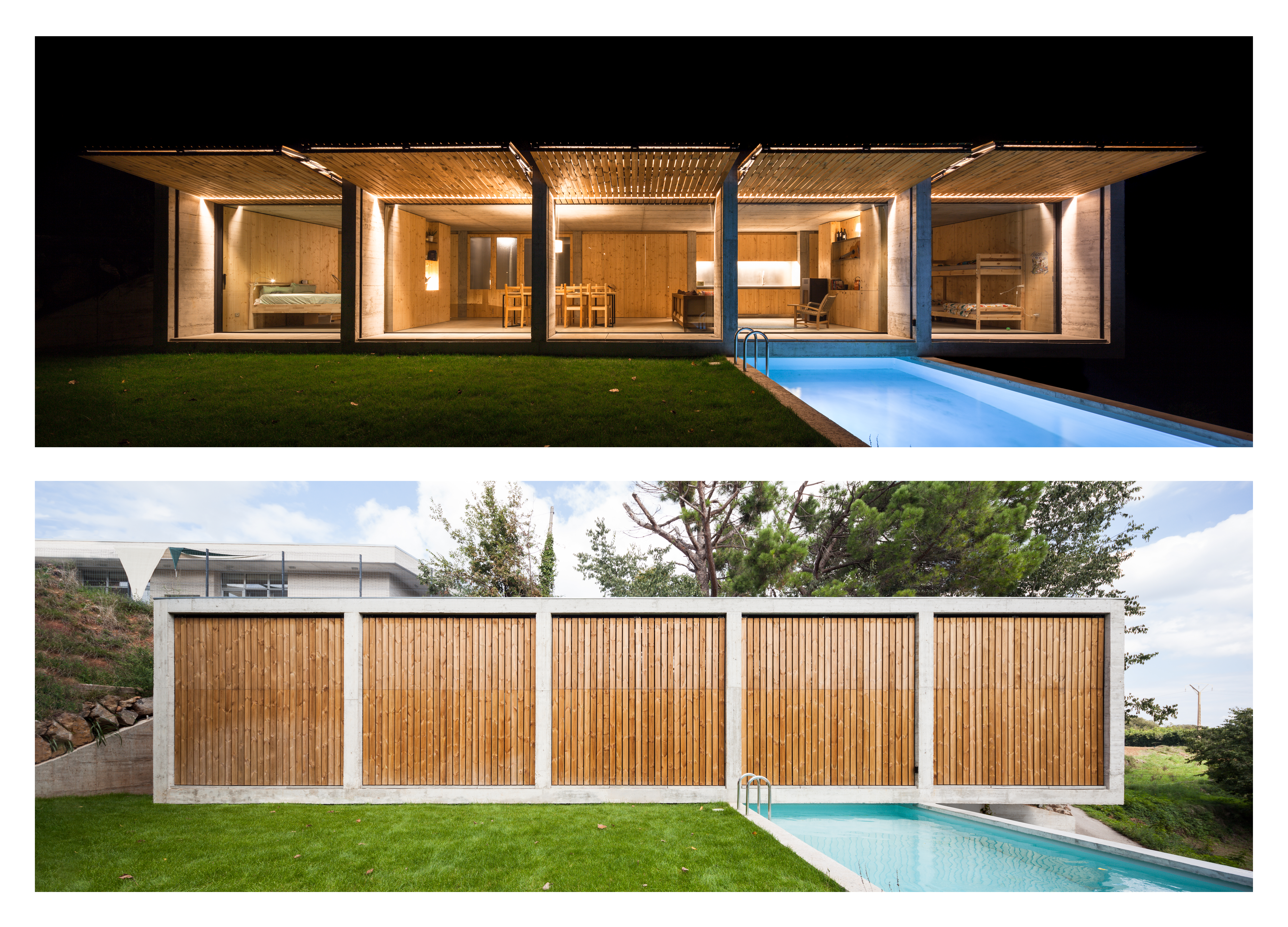