Pfau Long Architecture has converted a 1930s building that once housed a dress manufacturer into a creative workspace with an openable glass roof. 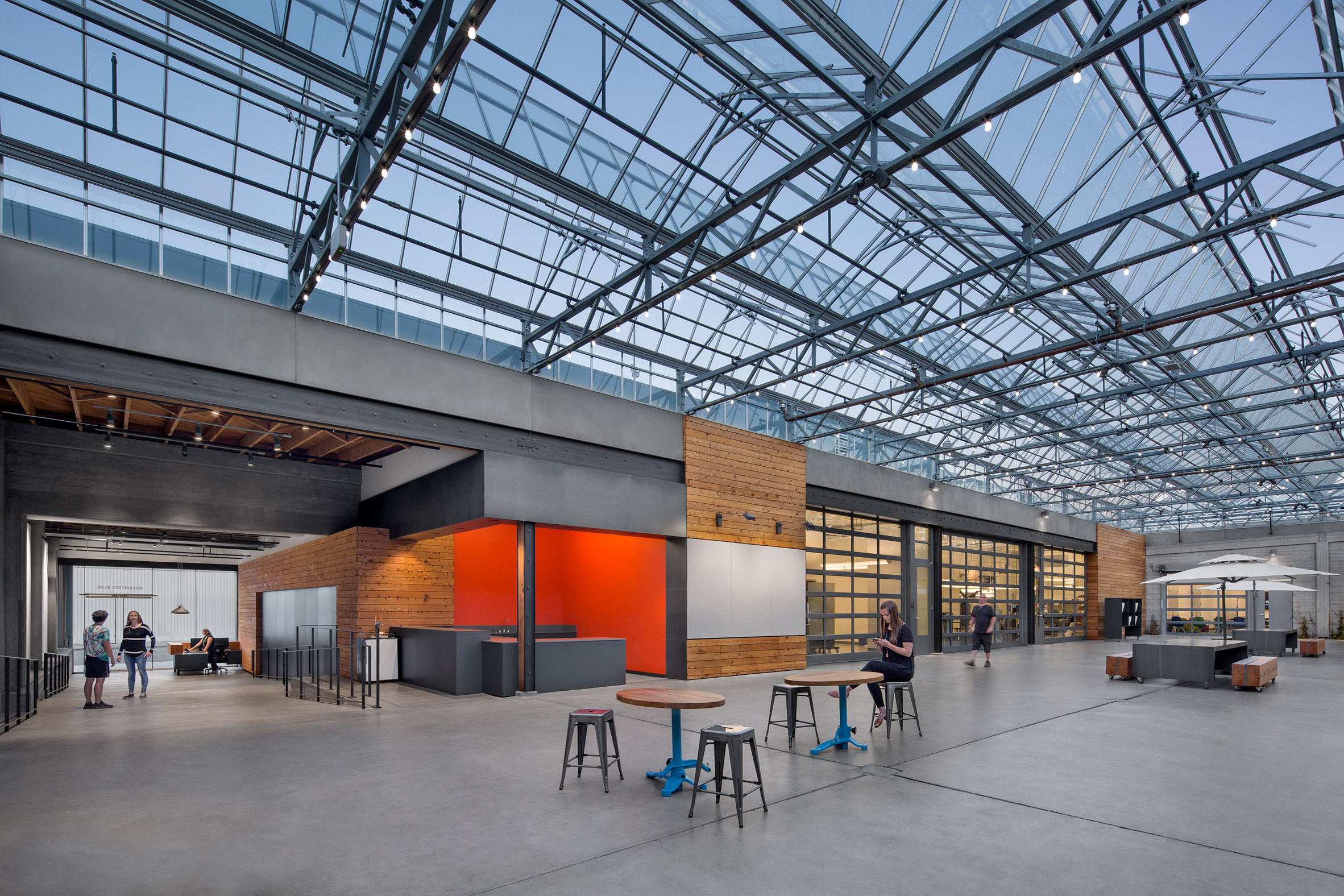 The original building, which dates back to 1939, consists of a two-storey volume adjoined to a low-slung warehouse, both of which are made of concrete and timber. A slender two-level wing was added in the 1950s.

The building was originally constructed to house the Braun-Knecht Chemical Company. It later became the headquarters for the gown designer Jessica McClintock, but had been vacant since the company moved out a few years ago. 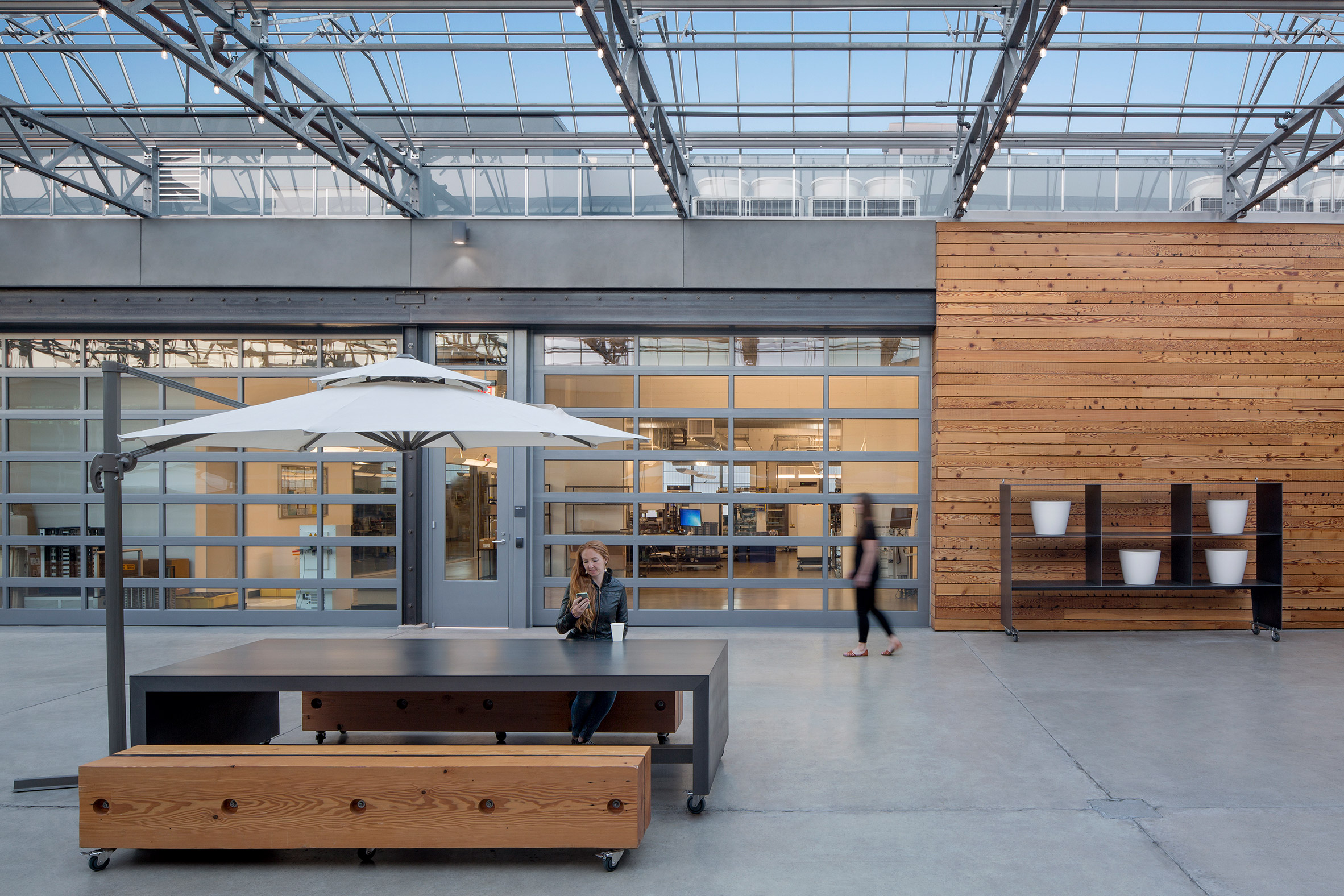 Developers acquired the facility in 2014 and commissioned local studio Pfau Long Architecture to transform it into “maker spaces” for a variety of tenants.

Because of zoning requirements, all tenants are required to work in what is known as PDR, which stands for production, distribution, and/or repair. As explained by the city’s planning department, PDR encompasses a wide range of services, from architecture and graphic design, to floral arranging and garbage pickup. 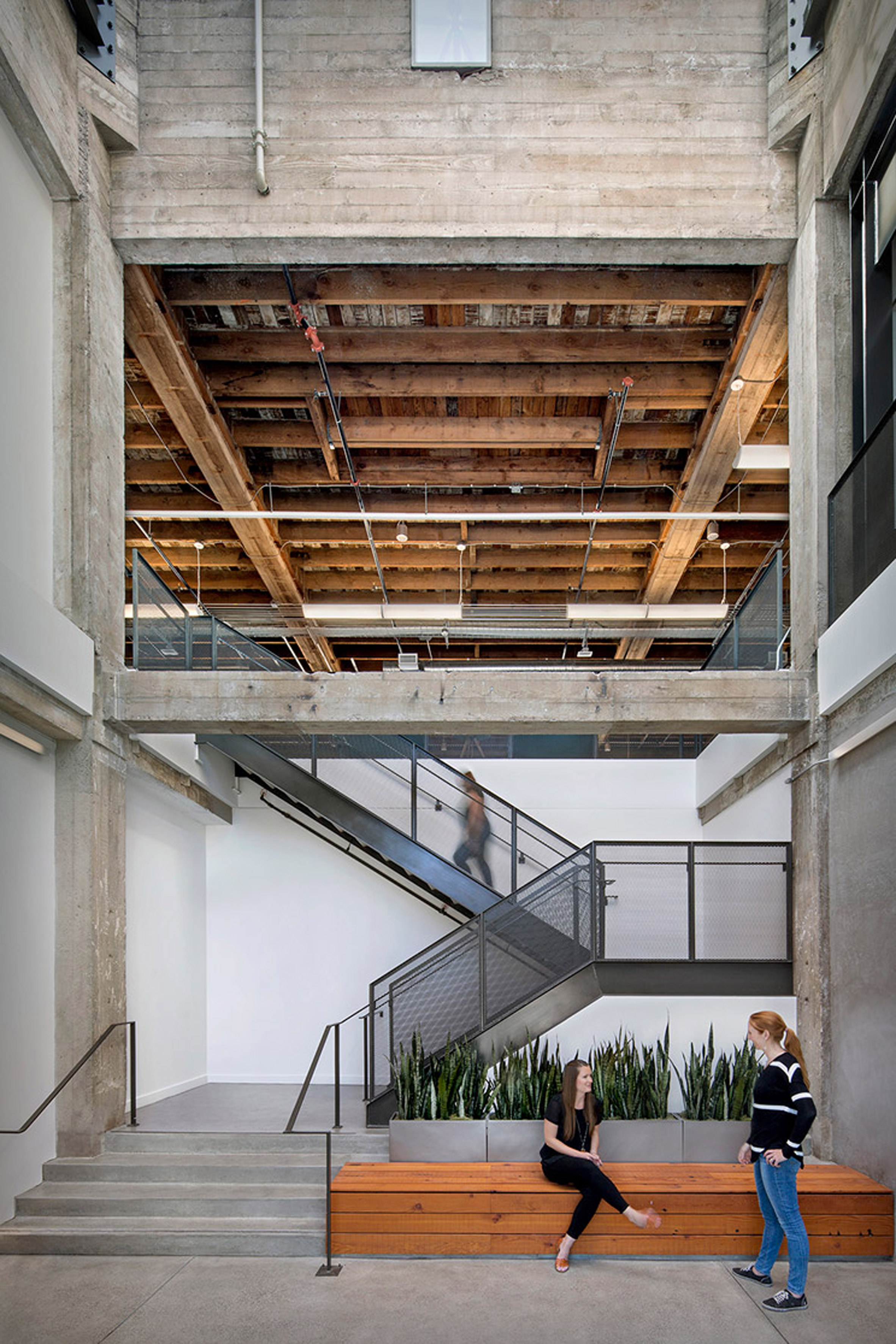 Although the complex is not listed on a historic register, the design team sought to retain original elements where possible and to ensure that modifications “complement and respect” the building’s historic character.

“While the light manufacturing use of the facility remains similar to the original, the building is modernised to foster creativity and innovation among users,” explained the architects. 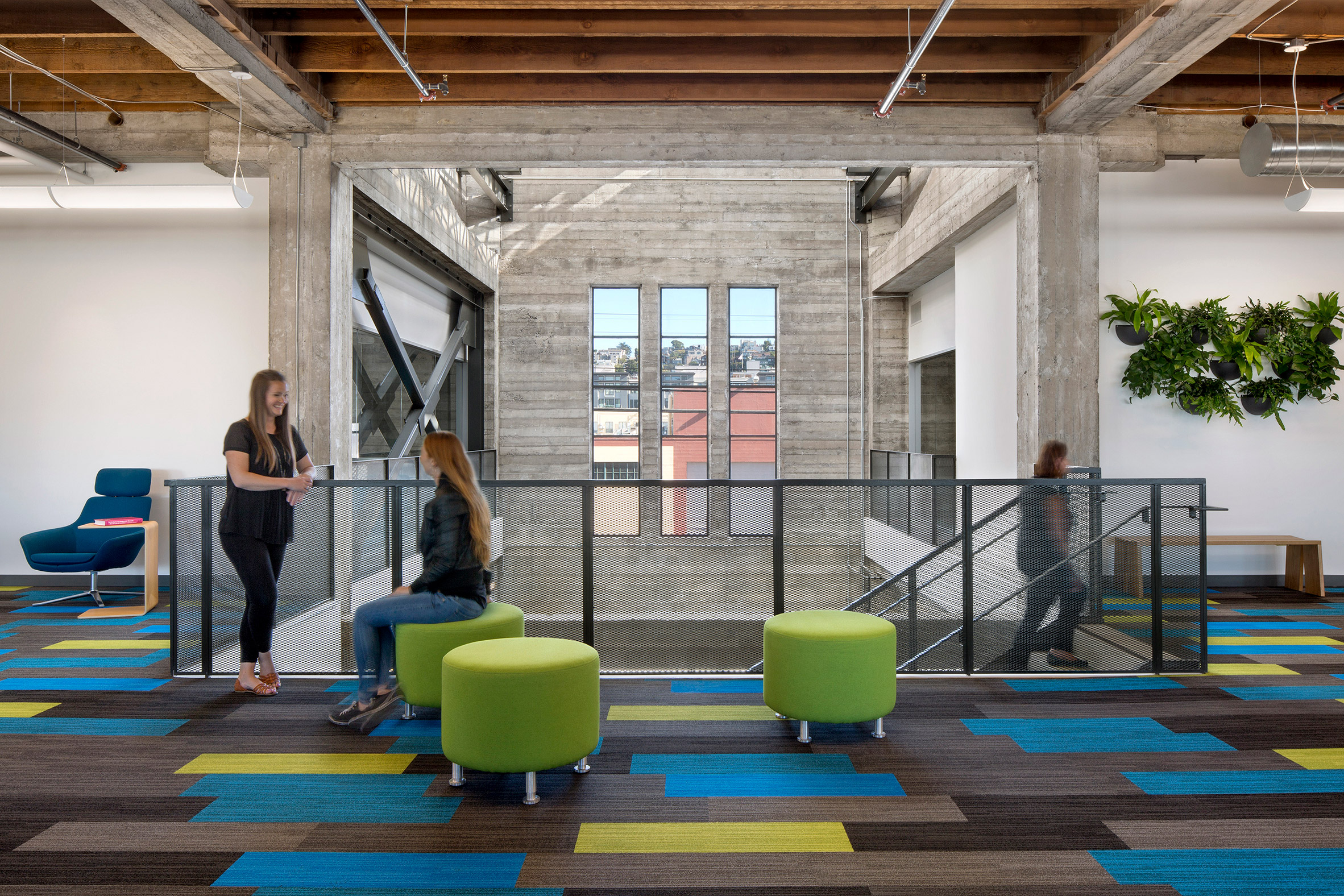 The exterior of the building is largely preserved. But the team repainted the facades and added new lighting fixtures to highlight historic details.

Inside, dropped ceilings and drywall were removed to create a more open and modern atmosphere. In the lobby, an enclosed stairwell dating to the 1990s was torn down and replaced with a metal staircase. A skylight brings ample light into the double-height space. 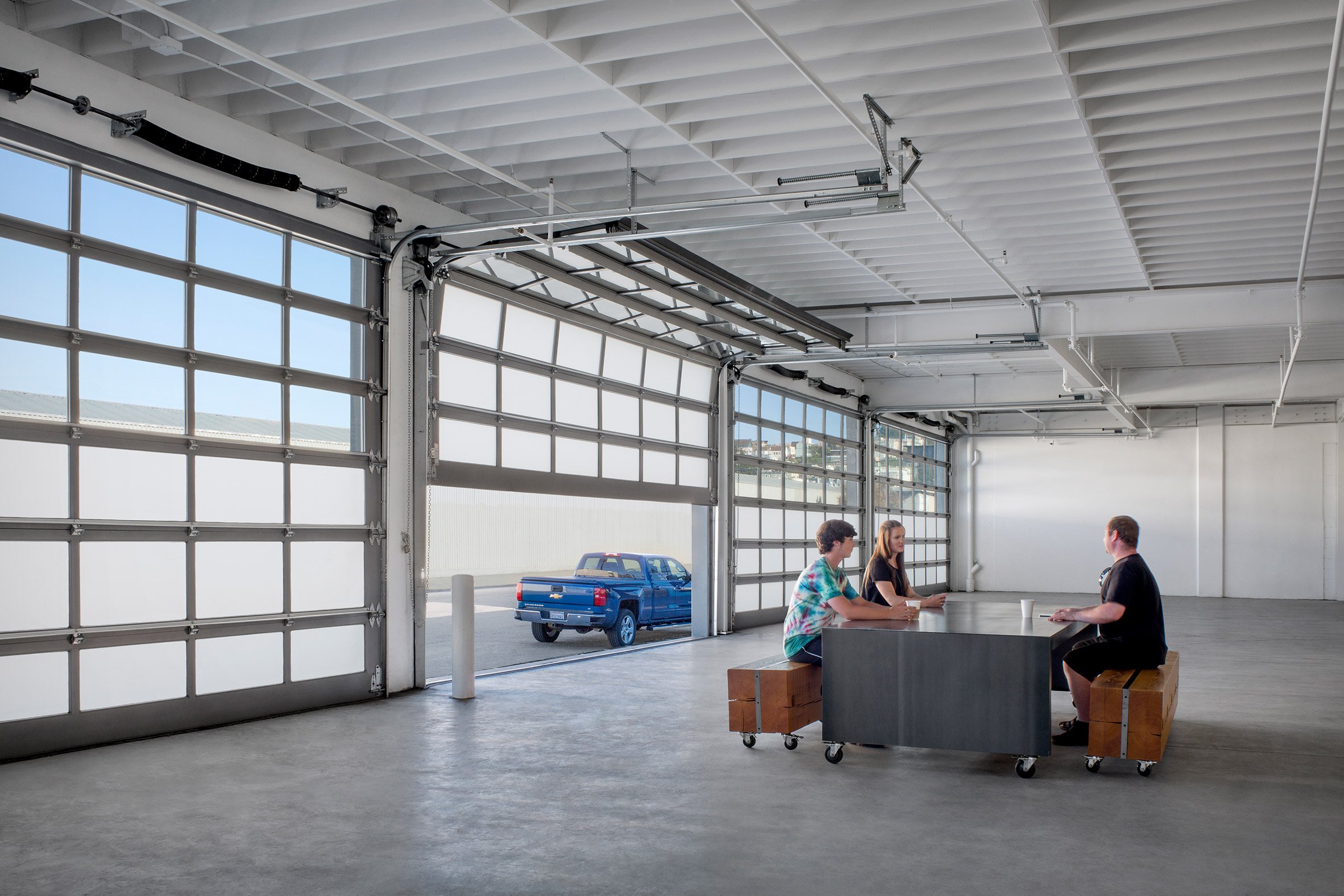 In the warehouse, the central portion was transformed into a courtyard topped with an operable glass roof supported by metal trusses. On sunny days, the roof can be opened up to bring in fresh air.

“In the heart of the facility, an atrium commons is carved out of the large floor plate to bring light, air and people to the centre of the facility,” the team described. 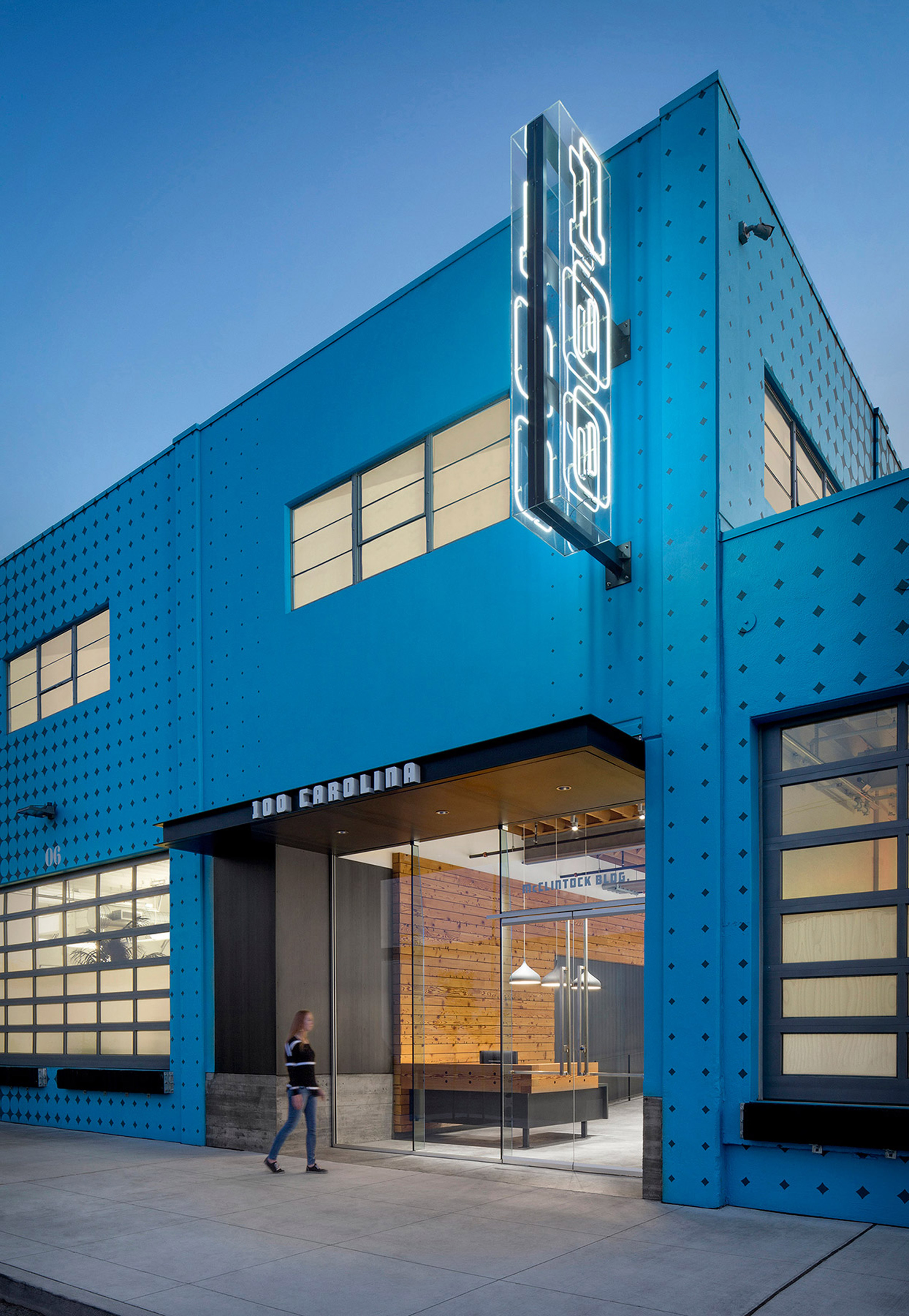 The atrium is encircled by flexible units that can be used as studios, workshops and offices. Glazed garage doors provide a physical and visual connection to the commons area, along with the surrounding streetscape. A side entrance leads directly into this atrium.

The main entrance is marked by a large neon sign that features the building’s address. A glazed storefront offers views into the lobby, where walls are wrapped in repurposed wood.

The McClintock Building is currently occupied by Invitae, a genetics-testing laboratory. 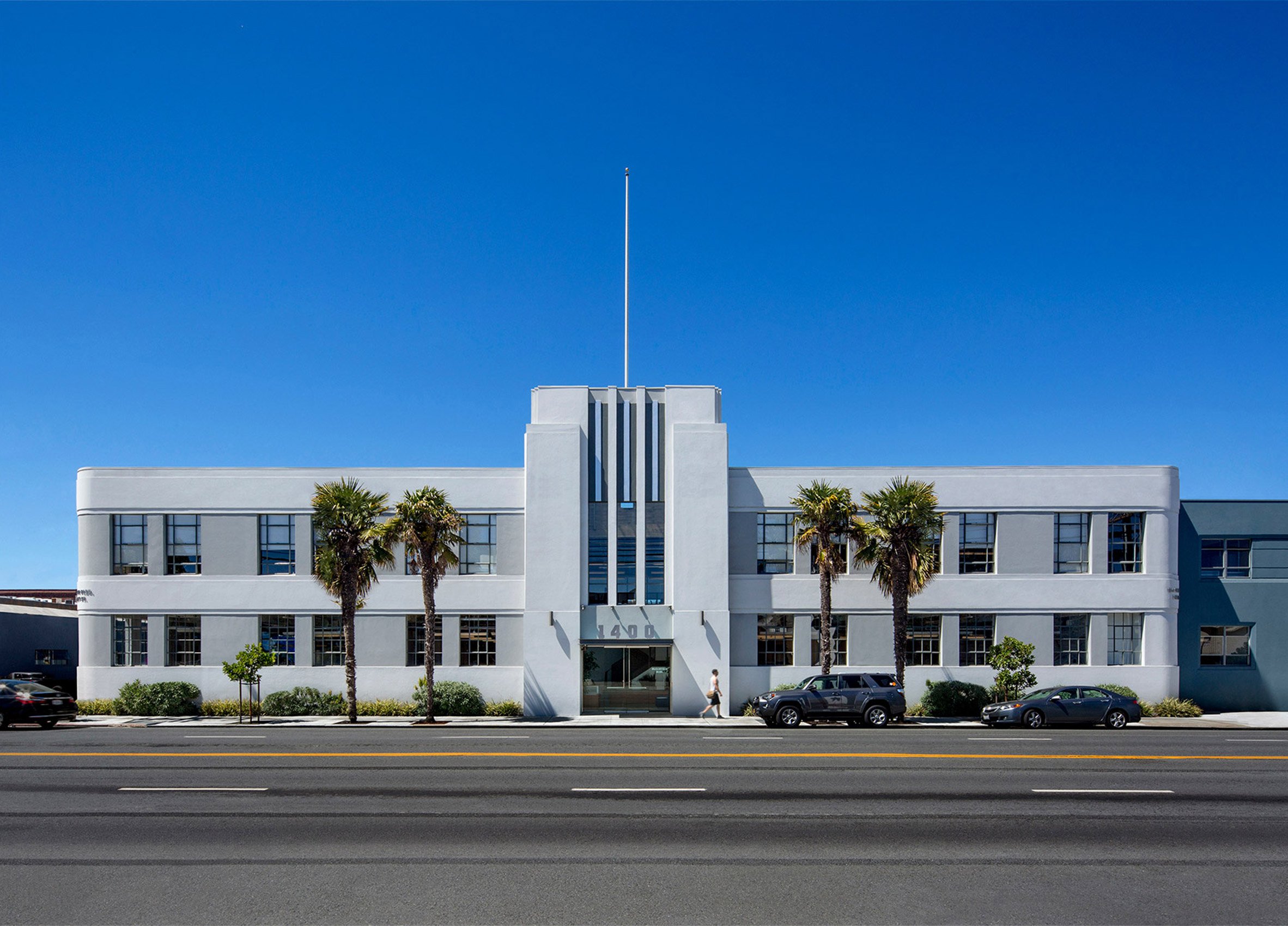 San Francisco and the surrounding Bay Area have experienced rapid economic growth in recent years, leading to a construction boom.

Other new projects there include a Canopy coworking space in the downtown district designed by Yves Behar and Amir Mortazavi, and an office for a financial services firm by Studio O+A that features concrete flooring and exposed ceilings.

Photography is by David Wakely.