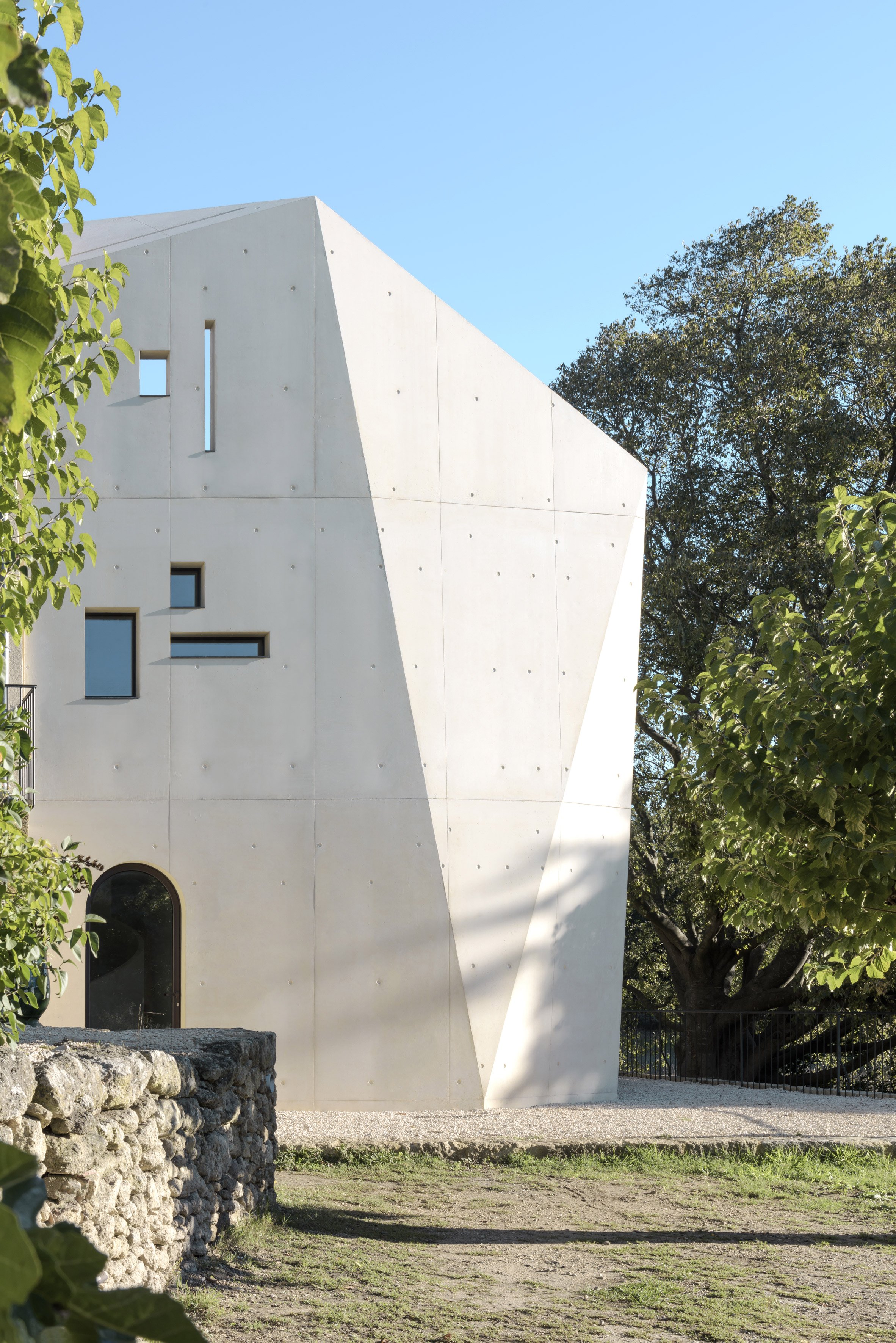 Dixneufcentquatrevingtsix was tasked with extending a house in the commune of Uzès that had previously been used by a couple as their second home.

The brief to create enough space to accommodate the owners’ children and grandchildren prompted the development of a three-storey addition. 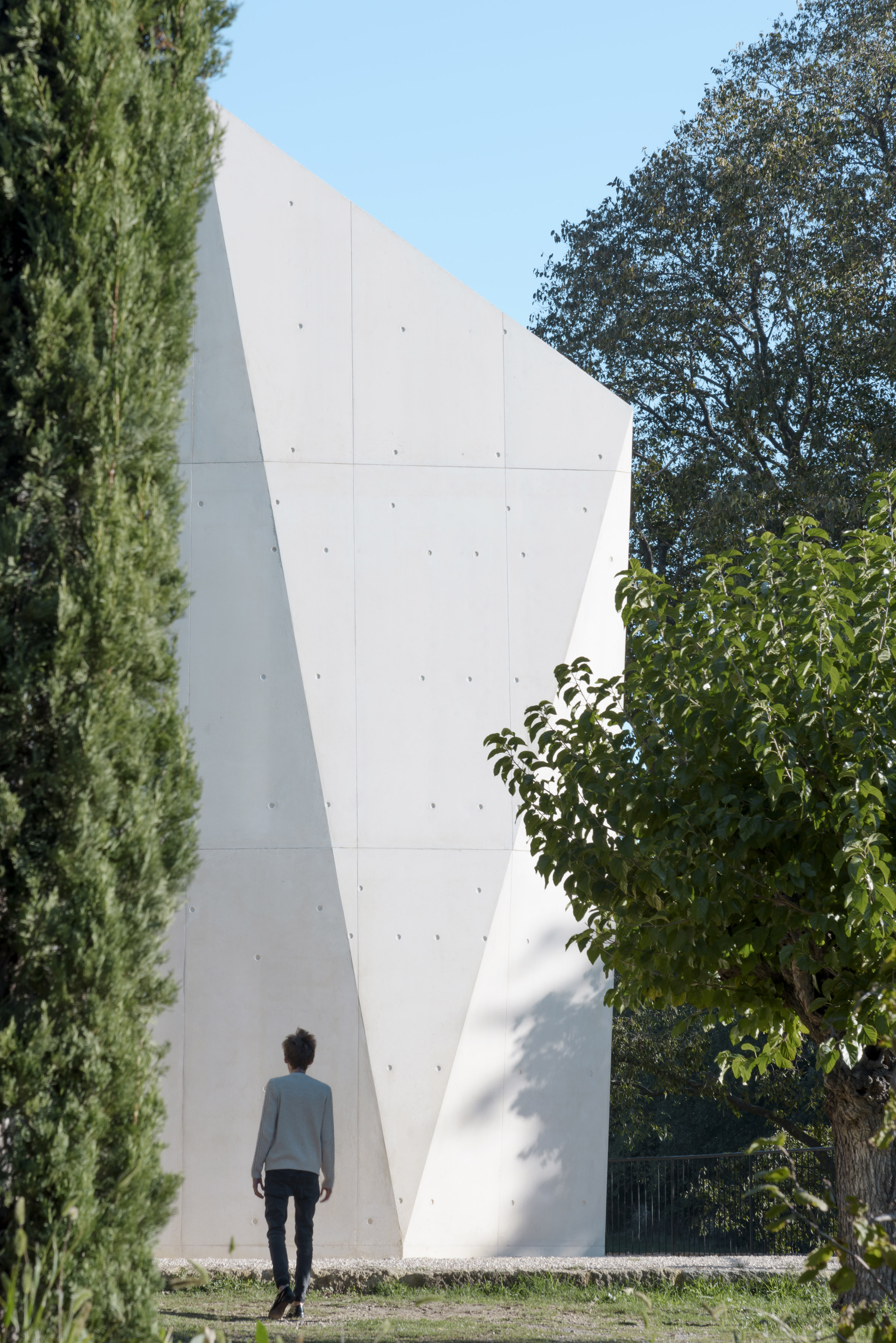 The house is positioned on a plot bordered by vegetation and a hillside that is separated into three terraced levels supported by dry-stone walls.

The extension is located on the middle tier and adjoins the tallest portion of the existing building, which comprises two cranked sections of different heights. 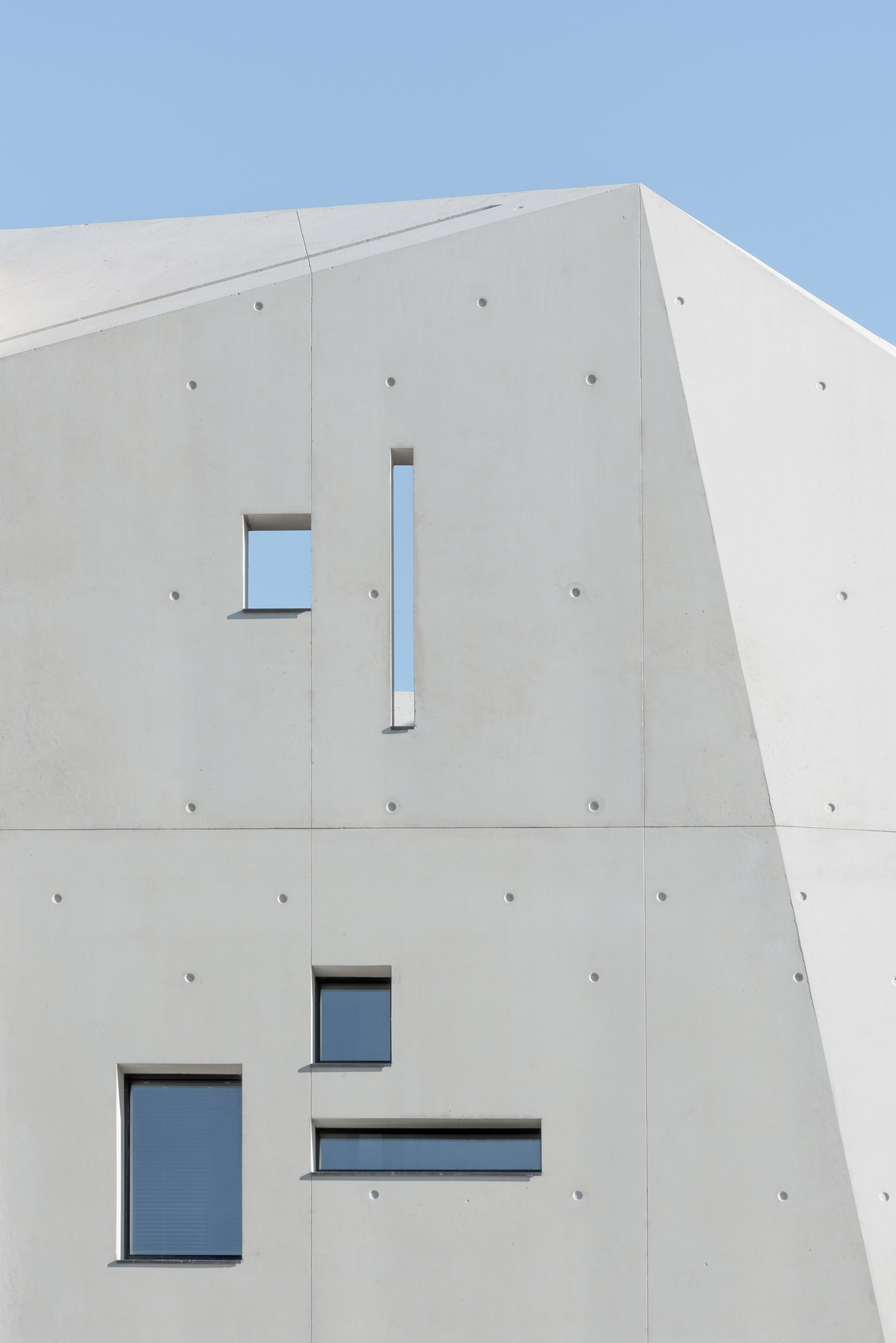 The monolithic and sculptural concrete structure is informed by the surrounding limestone landscape, and by the site’s former use as a quarry.

The architects wanted to create an extension to complement the proportions and materiality of the main building, while lending it a distinctly modern character.

“This volume has been designed to allow the interplay of light and shadow to reveal its faceted form, and to assert its presence and contemporary look without negating its kinship with the house it adjoins,” said the studio. 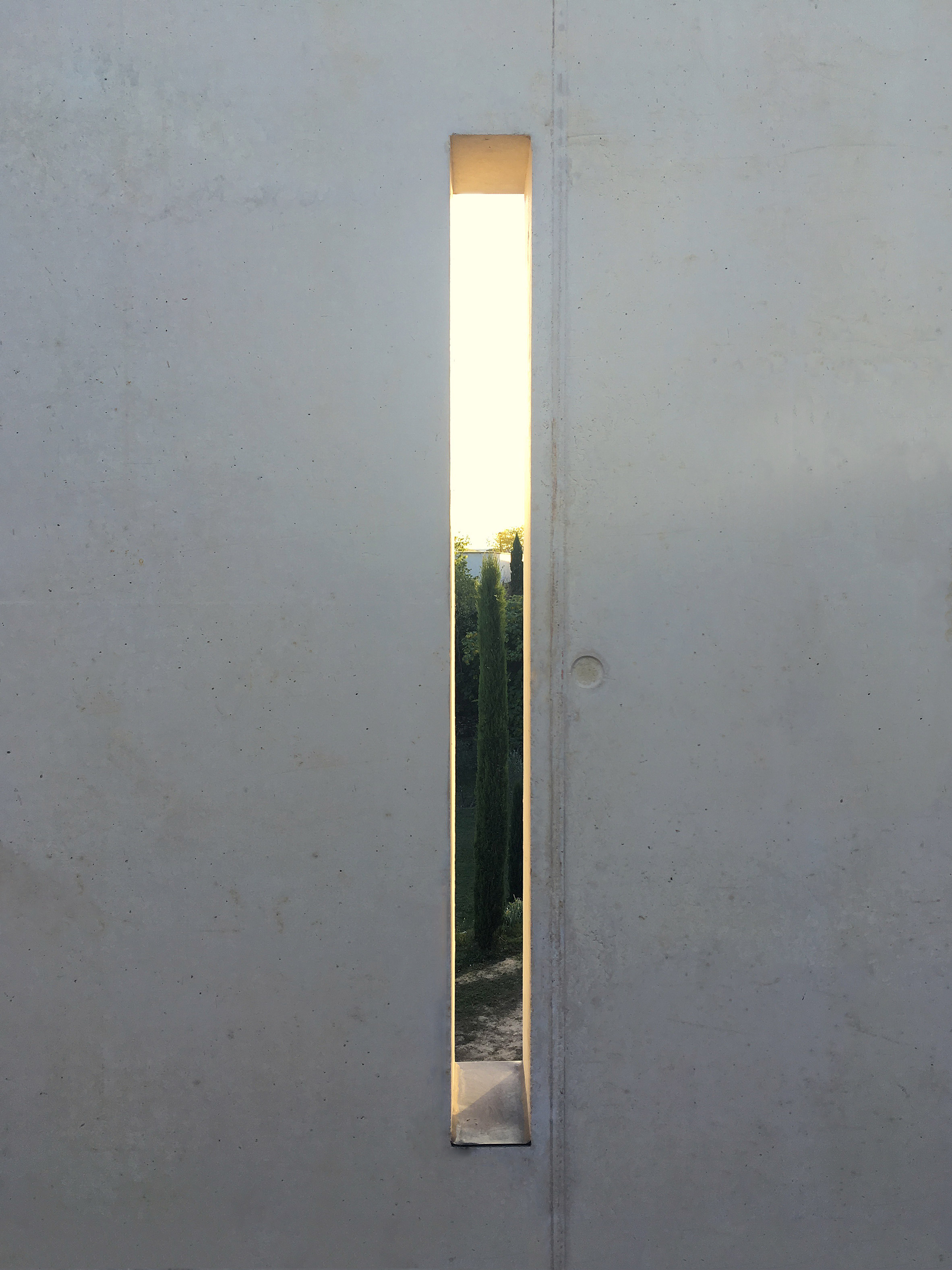 Similarly to the configuration of the existing house, the extension features two conjoined structures of varying heights.

The faceted block adjoining the farmhouse has an approximately square floor plan that fits within the regional guidelines for this building type. An adjacent rectangular structure is arranged on a single level. 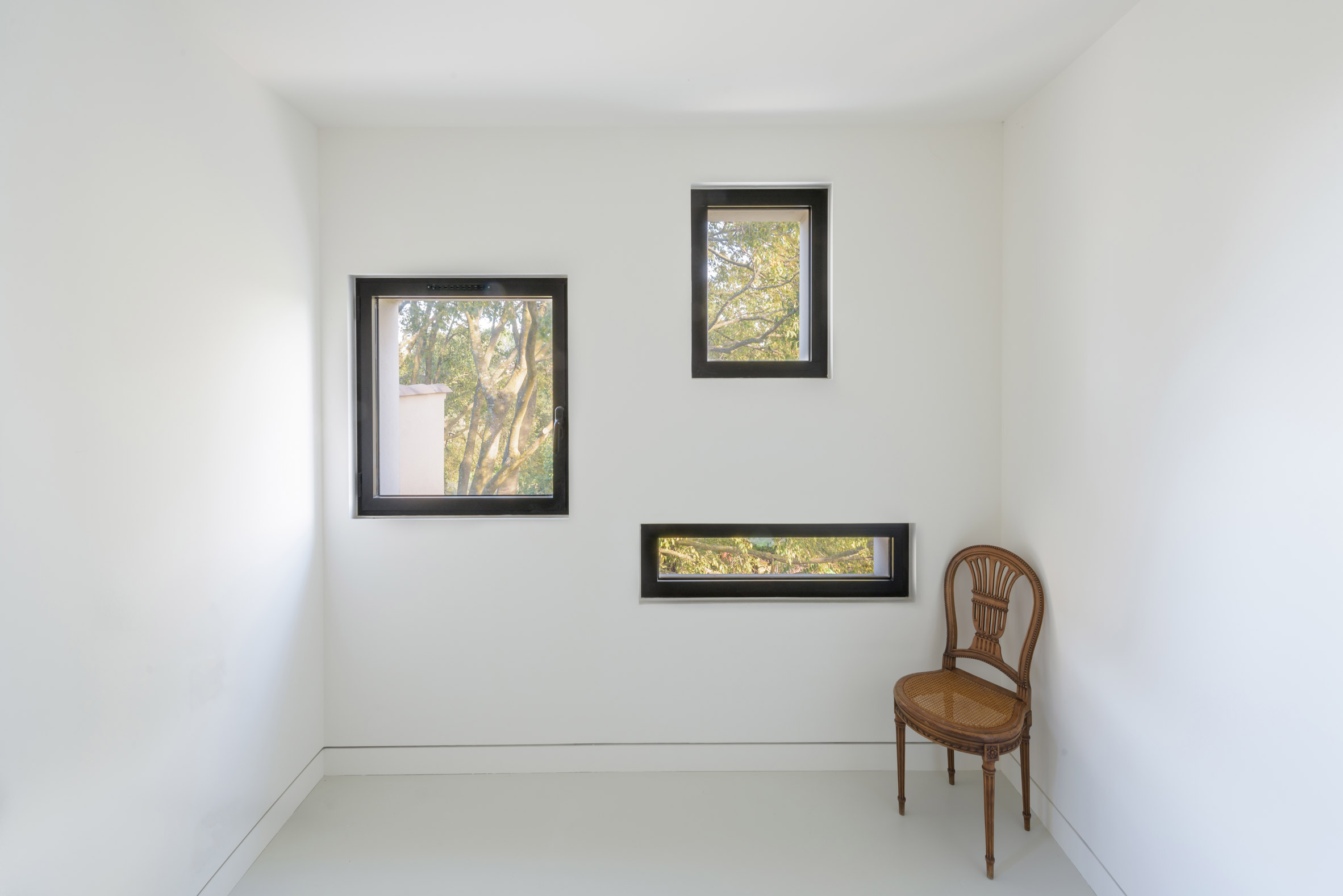 The predominantly solid elevations are punctured only by narrow windows in the east and south facades. This helps to maintain a comfortable climate inside the building during intensely hot summers and cold winters. 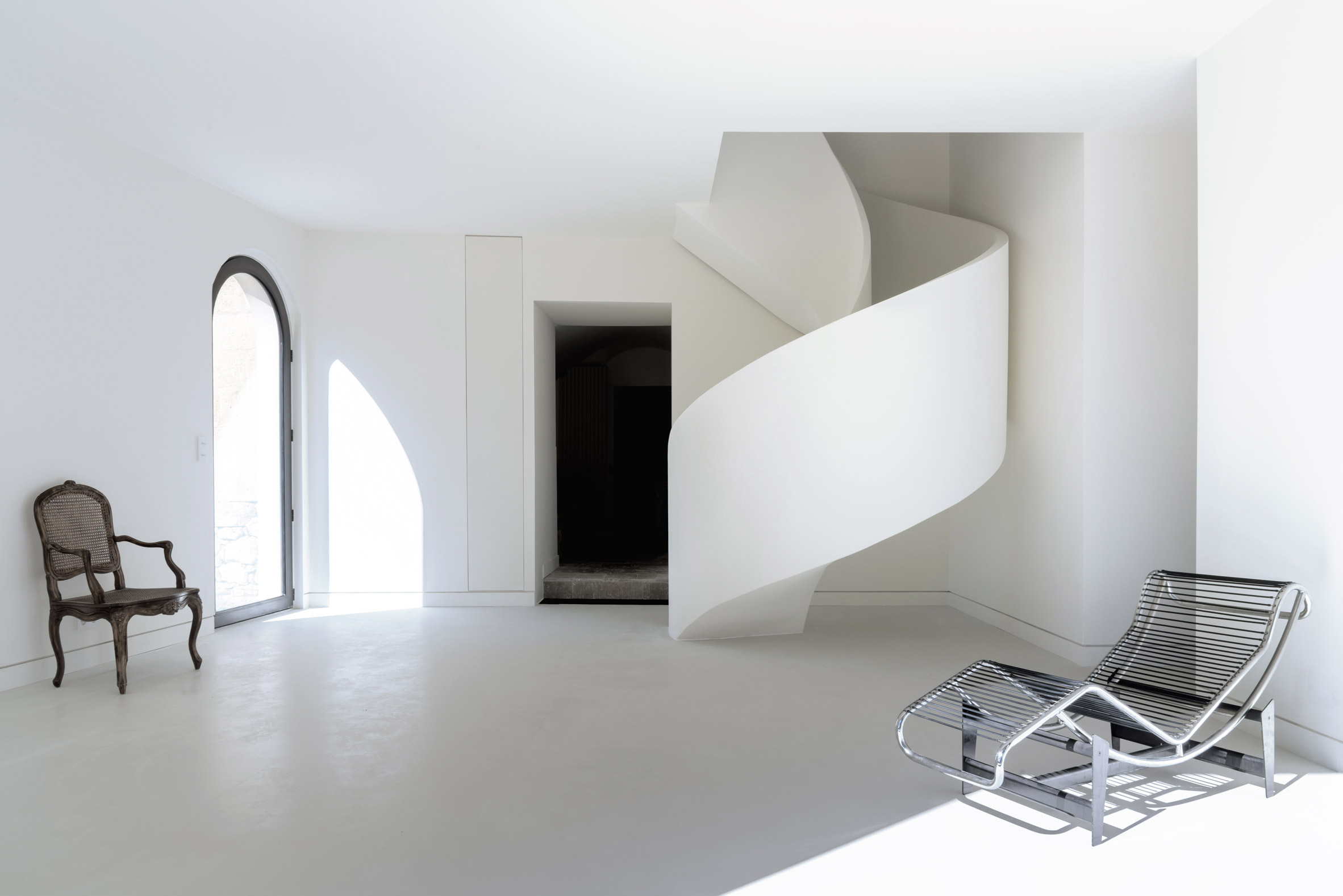 “Given the dimensions, orientation, openings and physicality of the project, it blends right into the logic of the existing constructions,” said the architects.

“Its design transposes the archetypal codes of Provençal farmhouse architecture while reinterpreting the typological characteristics of the original house in a contemporary architectural style.” 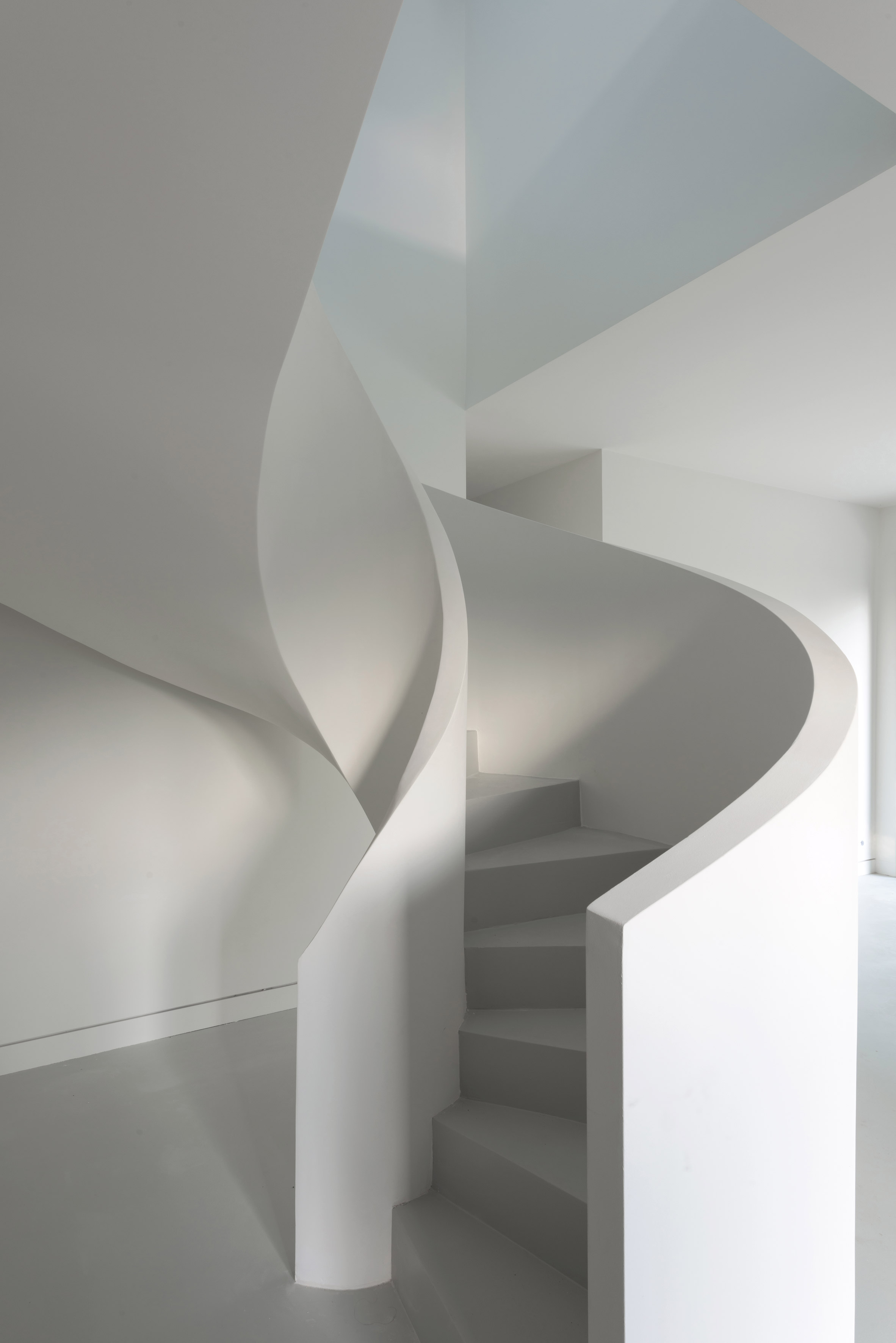 The extension accommodates a white-walled living area and a bedroom suite on the ground floor. Sliding doors in the east facade and an arched doorway to the south provide access to the surrounding yard.

A spiral staircase positioned next to a door connecting the old and new parts of the house ascends through a void to the first floor, where a bathroom and two further bedrooms are located. 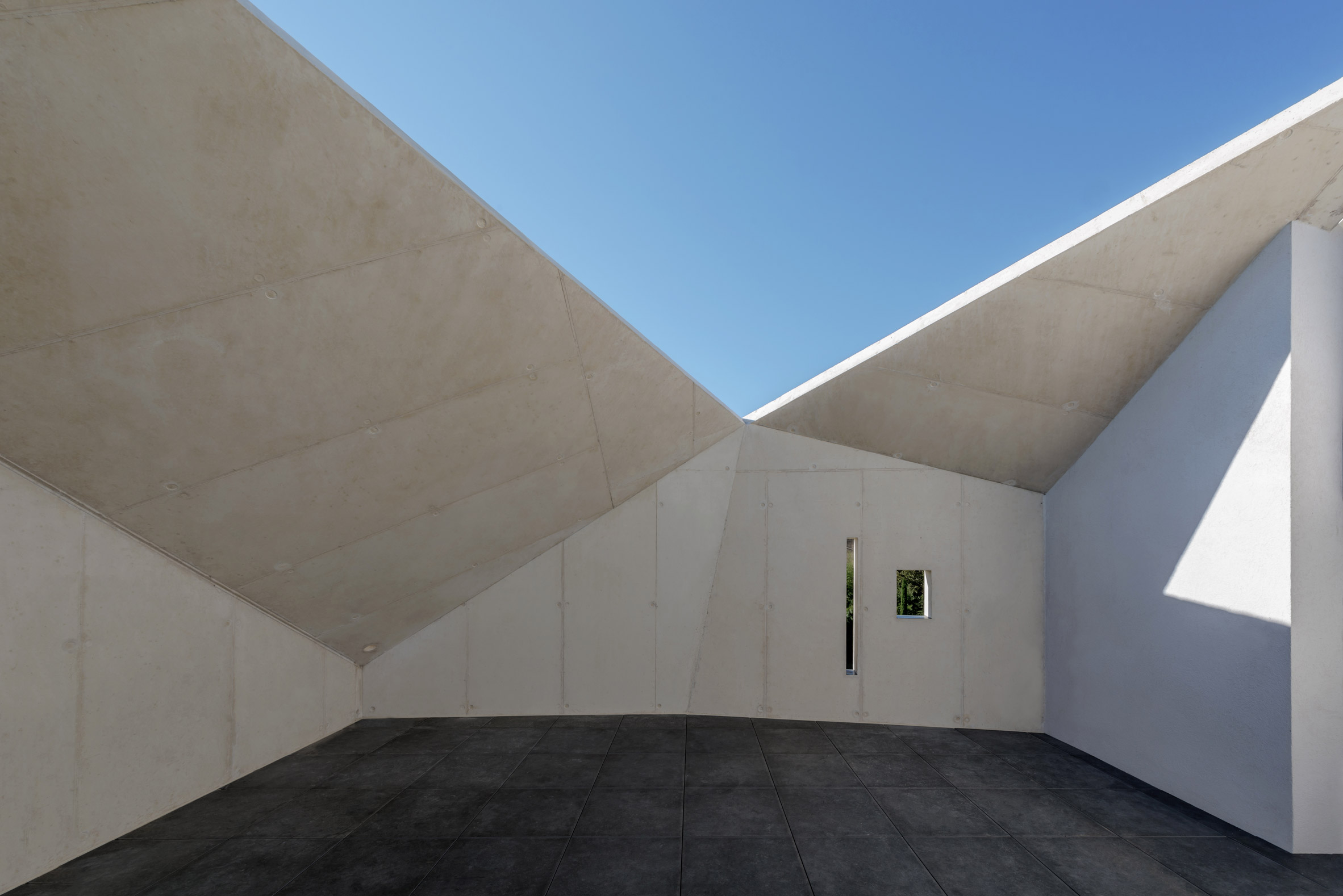 Steps inside the old part of the building continue up to another room that opens onto a large terrace flanked by the angular walls crowning the extension. 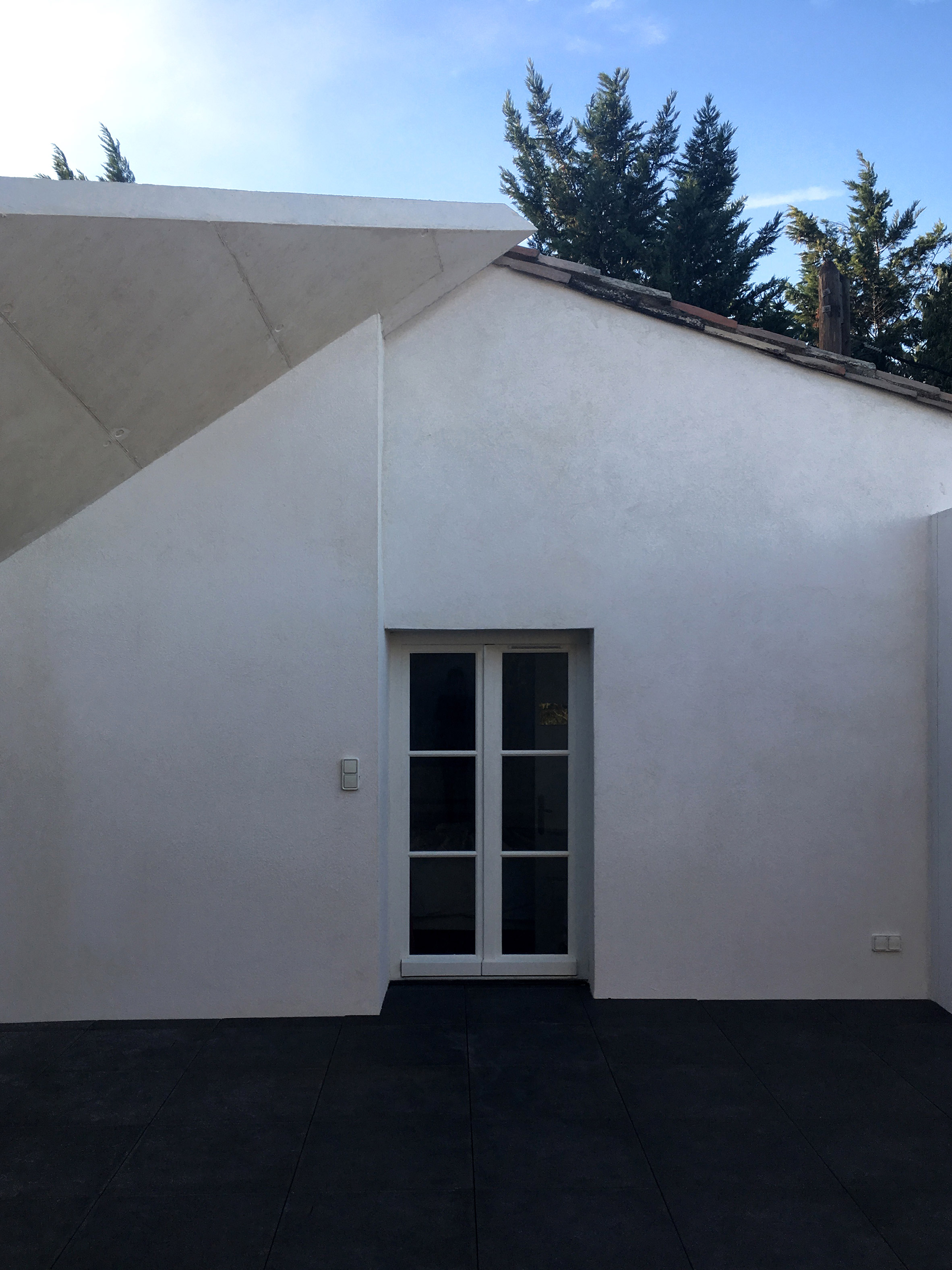 As with the rest of the structure, the terrace is protected from the local wind know as the mistral by the concrete shell and offers specifically framed views through small apertures. 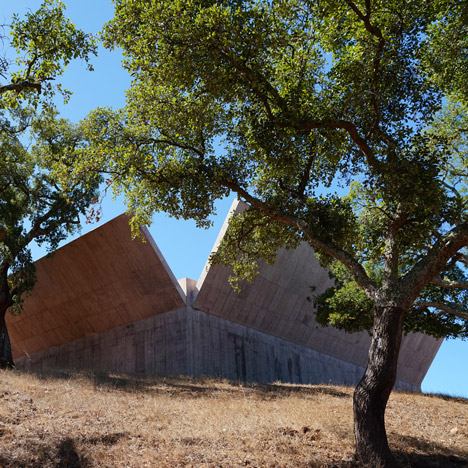