Amid rising tensions between North Korea and the rest of the world, a pair of architects have built a full-scale mockup of a Pyongyang apartment, as part of an exhibition in the South Korean capital.

Pyongyang Sallim is an accurate recreation of a typical apartment in North Korea’s capital city. On show as part of the inaugural Seoul Biennale of Architecture and Urbanism, it allows South Korean people to, maybe for the first time in their lives, see what homes look like in their neighbouring rival country.

The installation was created by architects Dongwoo Yim and Calvin Chua, who have spent years researching architecture and urbanism in Pyongyang. “We decided to create a model house because it’s the easiest way to understand what life is like in North Korea,” Chua told Dezeen. “Domestic space is quintessentially North Korean, but you seldom see the interior of an apartment. It’s obviously the most private of spaces.”

According to Chua, there are only a handful of South Koreans who will ever have seen inside one of the new apartments that have sprung up in Pyongyang in recent decades, as part of the country’s so-called “great golden age of construction”.

“We felt that for a South Korean audience to be able to actually experience the interior of a North Korean apartment, that would be quite fruitful,” he said. The division of Korea took place in 1948, following the end of the second world war. The south, which had been occupied by the US military, reestablished itself as the Republic of Korea. Meanwhile the north, which had been occupied by Soviet forces, declared itself as a separate nation, the Democratic People’s Republic of Korea. The Korean War shortly followed.

Tensions between the two countries have never been fully resolved, and have worsened with the recent news that North Korea is testing nuclear missiles, despite the threat of response from the United States, South Korea and their allies. 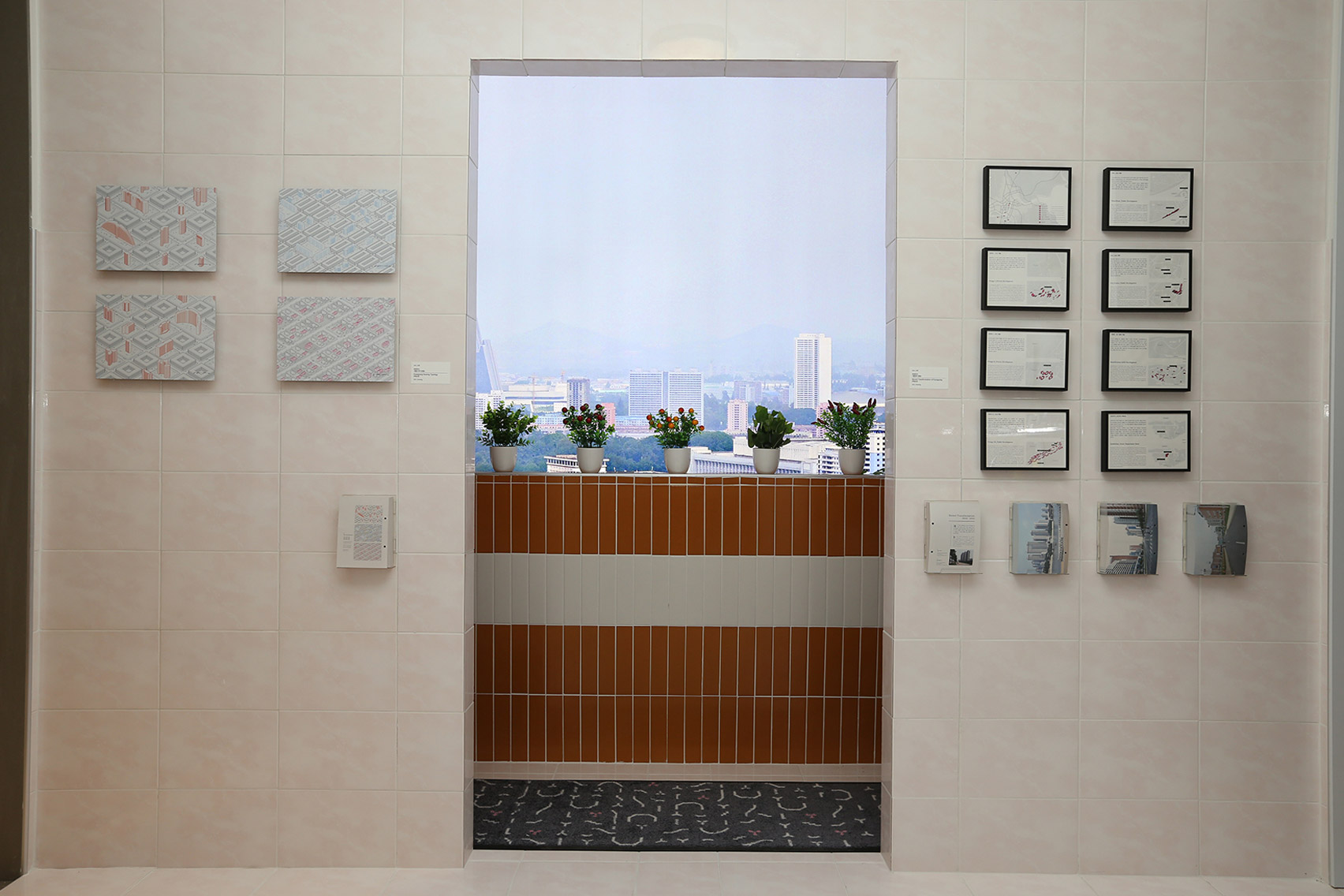 Yim and Chua’s installation leaves these tensions aside, instead focusing on what day-to-life life is like for the 2.5 million people that live in Pyongyang.

With only 36 metres to play with, compared with the 120 square metres of a typical home, they have created four rooms: a lounge, a dining room, a kitchen and a bedroom, as well as a small balcony.

Within these spaces, they have added furniture and products that are identical to those in a typical Pyongyang home, based on their own experiences, source material from friends, and some photographs they found on the internet.

They sourced wallpaper, floor tiles and furniture from China – where North Korea imports from. They also fabricated bespoke furniture. In stylistic terms, Pyongyang homes are far more “retro” than the residences of Seoul, said Chua. But there are also some differences that reveal things about the culture and lifestyle of the city’s occupants.

“One interesting observation is the presence of balconies, which act as a thermal buffer, because it’s very cold in North Korea. At the same time, they allow North Korean residents to doll up the relatively monotonous facades of their buildings,” he said.

“Also, you find a lot of solar panels, because there’s a power shortage and there’s not enough electricity. They are self-sufficient, not because they want to be sustainable, but because of necessity.” 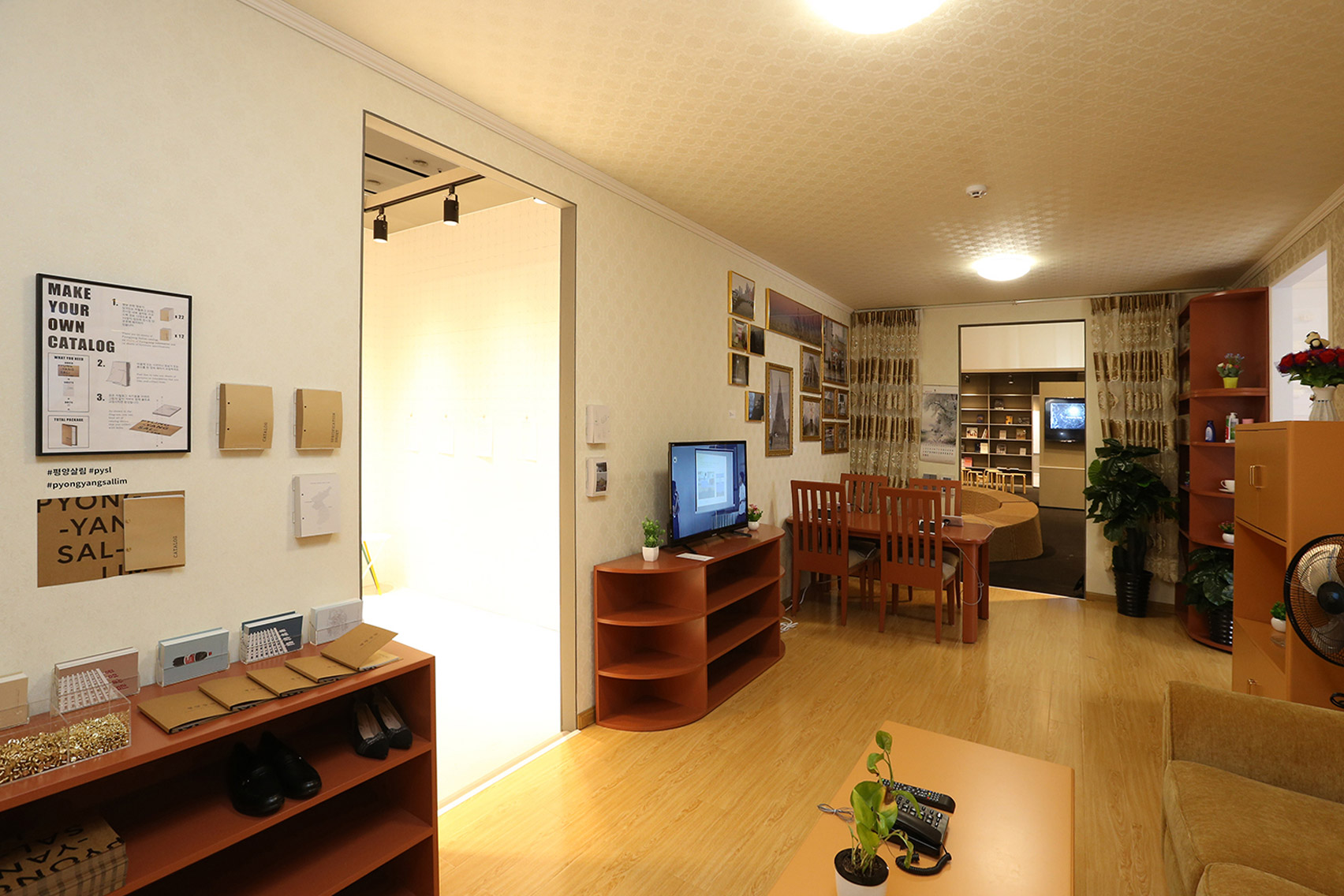 Chau said that every home also features a wall of framed photographs, where people hang photos of the country’s leaders, as well as of figures that they have affiliations with, from the military to research institutes.

“I think it started off being patriotic, but over time it’s evolved into something that is more of a custom,” he added.

Pyongyang Sallim is on show at the Zaha Hadid-designed Dongdaemun Design Plaza – one of the two main venues for the Seoul Biennale. The exhibition, which runs until 5 November 2017, looks at ideas and strategies set to shape the cities of the future.

In line with this, Yim and Chua’s installation also includes research into the urban development of Pyongyang.

“We want people to experience the domestic interior, but also to have some takeaway, some basic knowledge about the history of urbanism in Pyongyang,” said Chua. 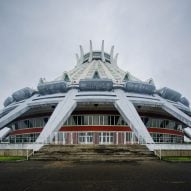 Photography is by Kyusik Shin.