Persimmon Hills Architects has transformed an illegal sex shop into a a dramatic wedge-shaped micro-studio and gallery space in Japan’s Kanagawa Prefecture.

Measuring just 20 square metres, the space named Cut is designed for an artist in residence as an extension of the annual open-air art festival, Koganecho Bazaar.

“Koganecho has art everywhere during an art festival held every year, the town itself is the exhibition space. We wanted to pull that into the existing building,” Yusuke explained. 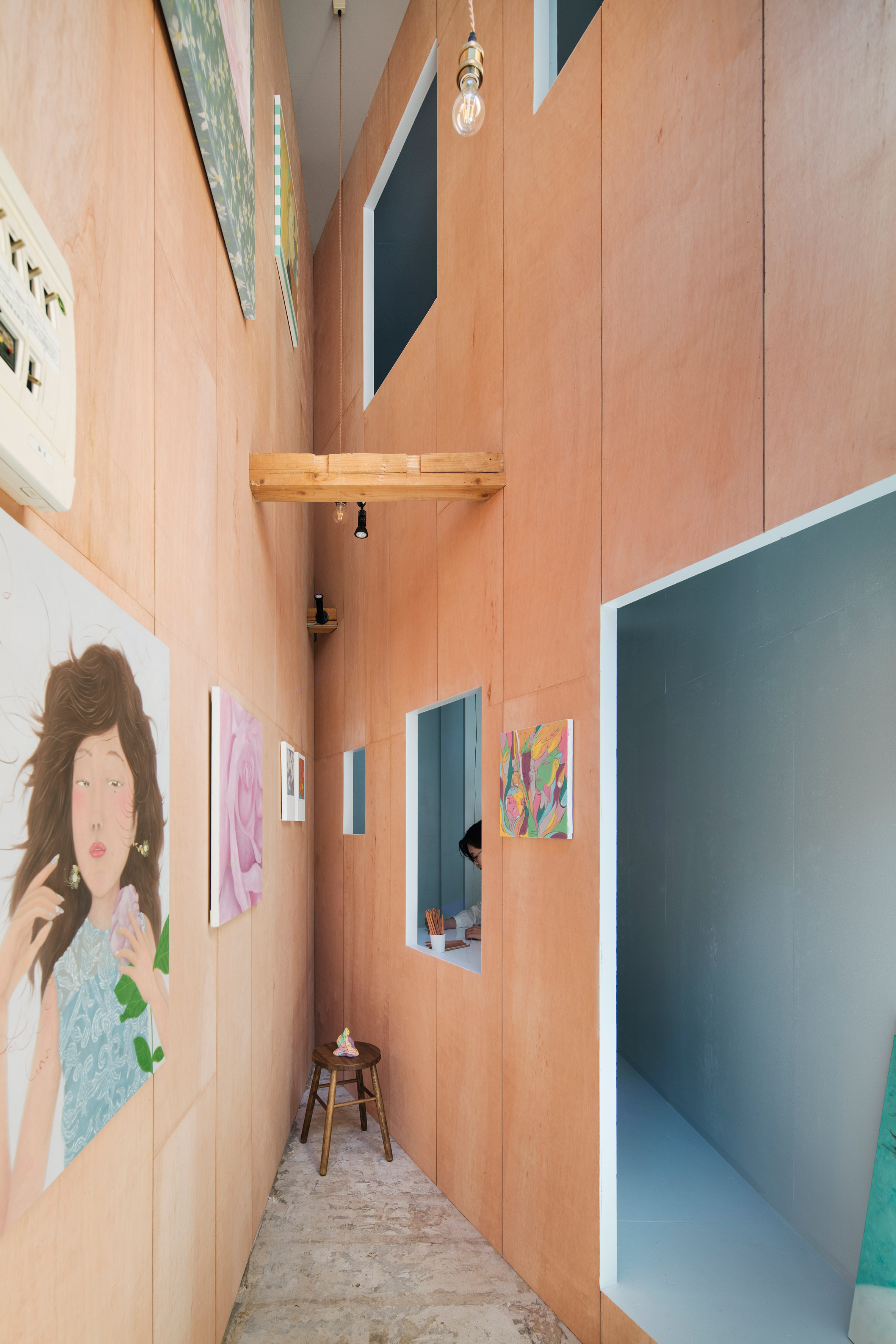 The gallery occupies two levels, and was named after the diagonal wall that cuts the space in half to form a public and private space.

The main gallery is a double-height narrow room at the front of the property, which is set at an oblique angle to the facade. 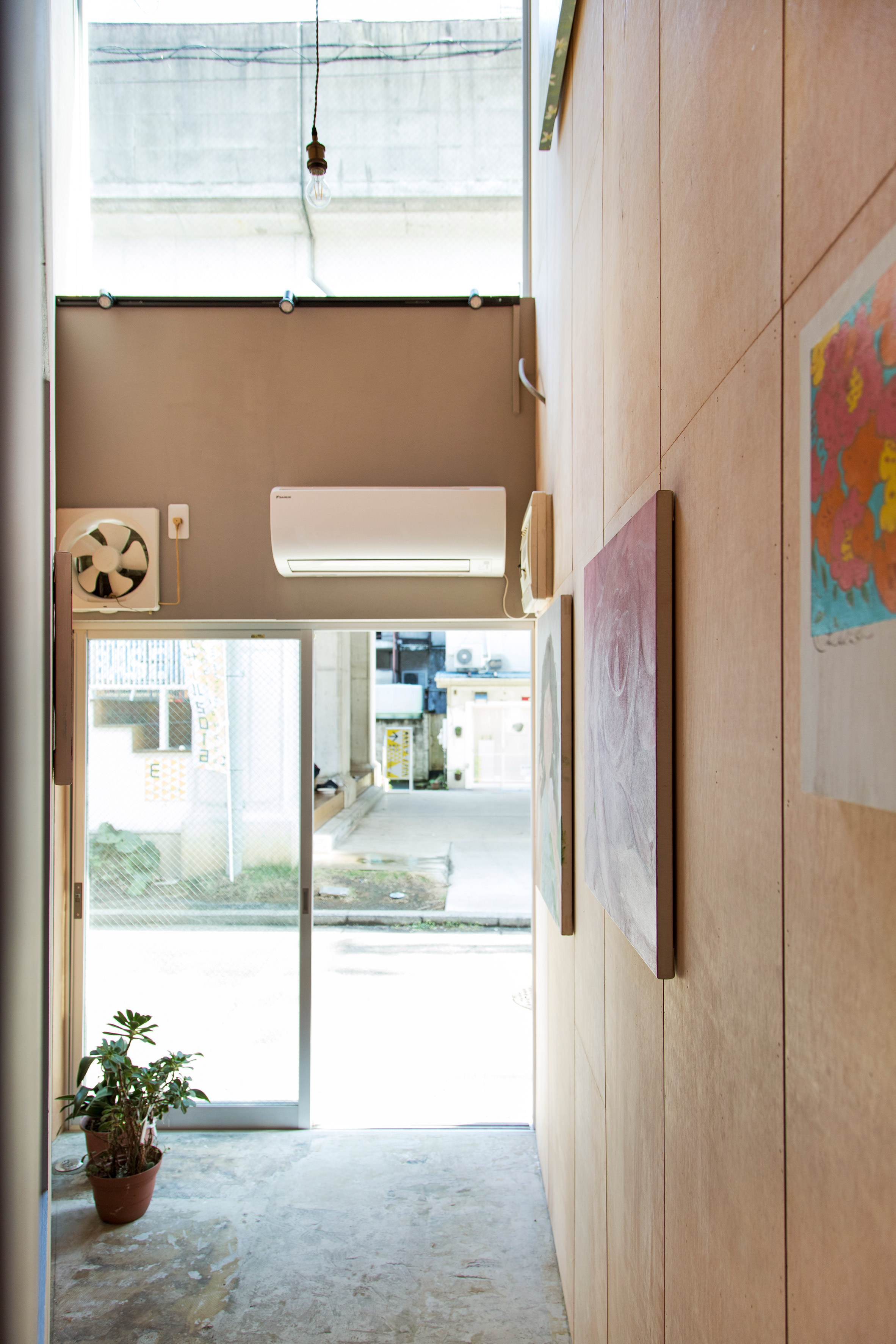 This is the public-facing space, and is intended become part of the street to draw in visitors.

The private space is positioned directly behind the diagonal wall, and hosts two small studio spaces for the artist in residence. 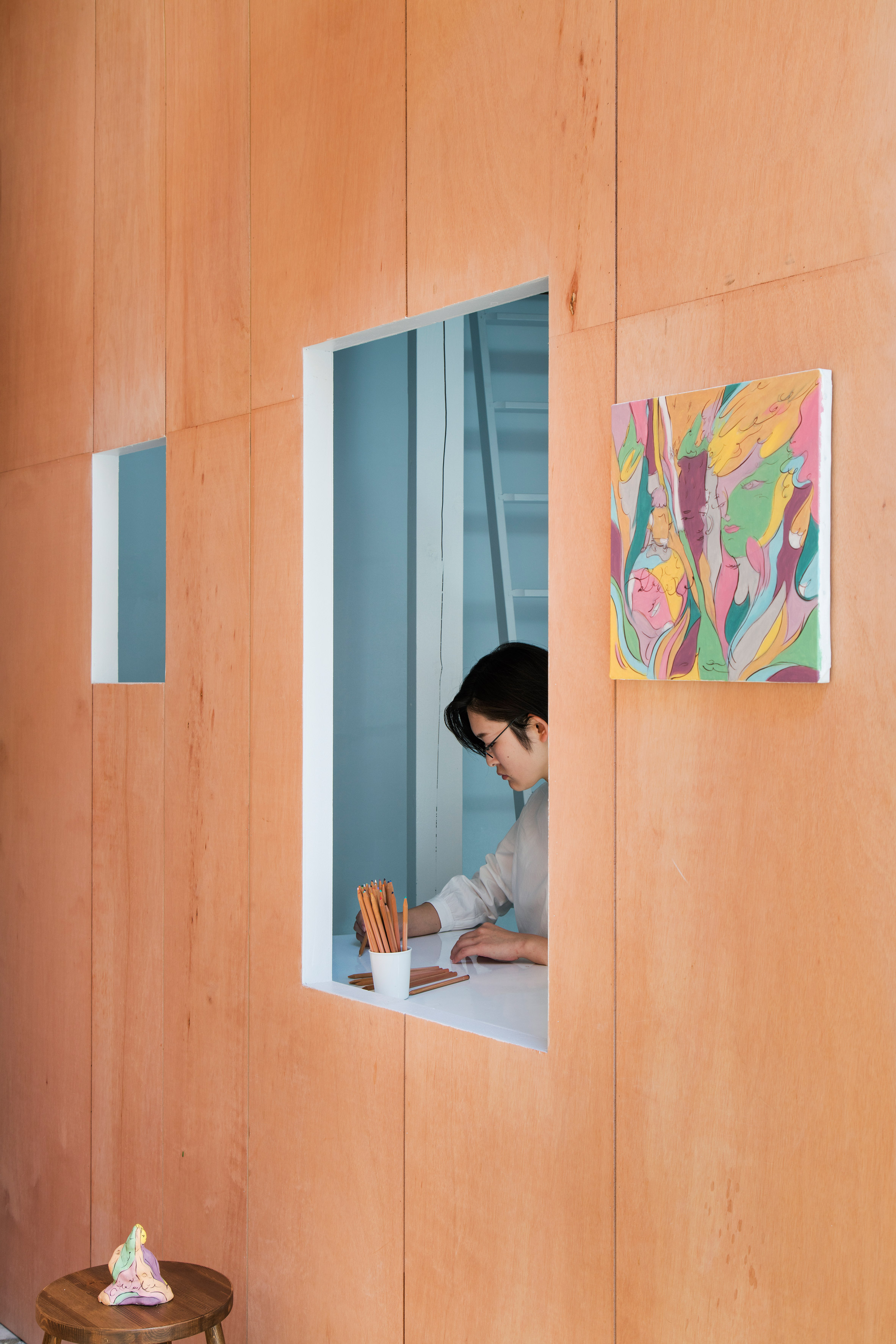 However, Persimmon Hills Architects ensured that these contrasting spaces are both physically and visually through a series of apertures.

The tiny studios include a small work area behind the gallery on the ground floor, as well as an upstairs area looking out onto the street that is accessed by a ladder. 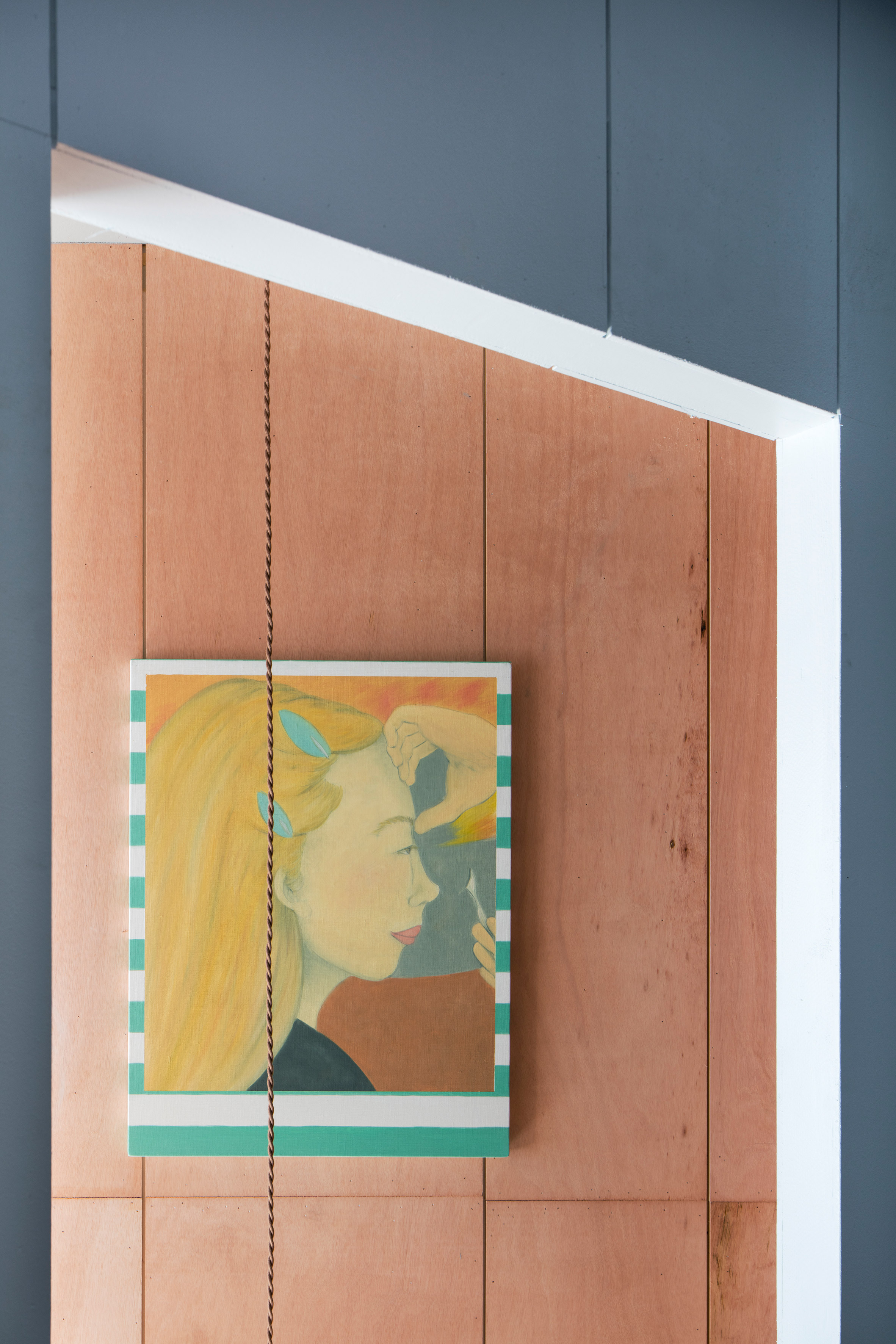 To prevent cluttering these spaces, Permission Hills Architects painted the walls white and left them unfurnished, encouraging the resident artist to only bring the furniture that they need. 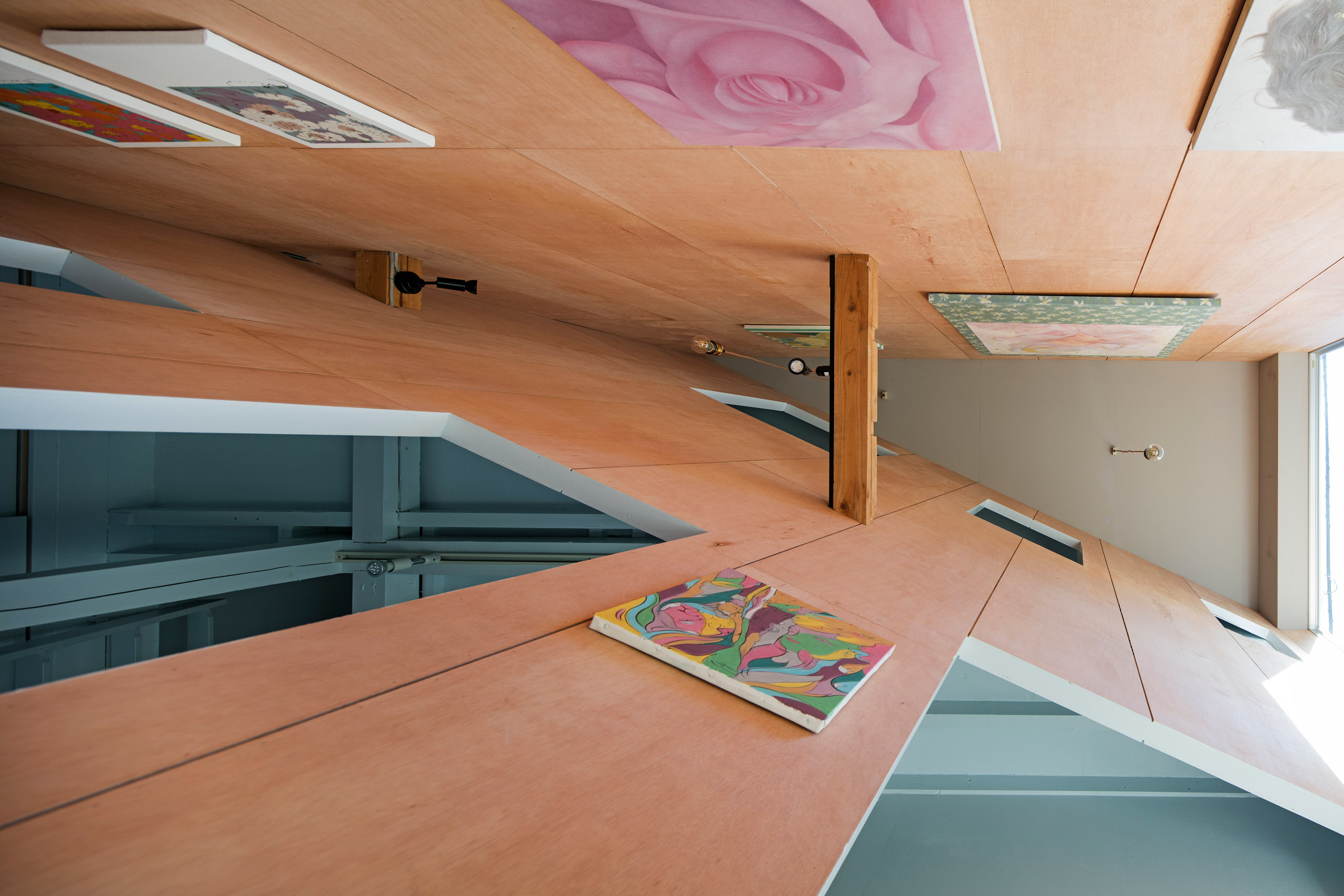 With the artist able to distribute their work throughout the gallery – either hanging on the wooden wall or displaying it within the nooks of the tiny studio spaces – the architects hope Cut will create an unconventional yet intimate viewing experience for its visitors. 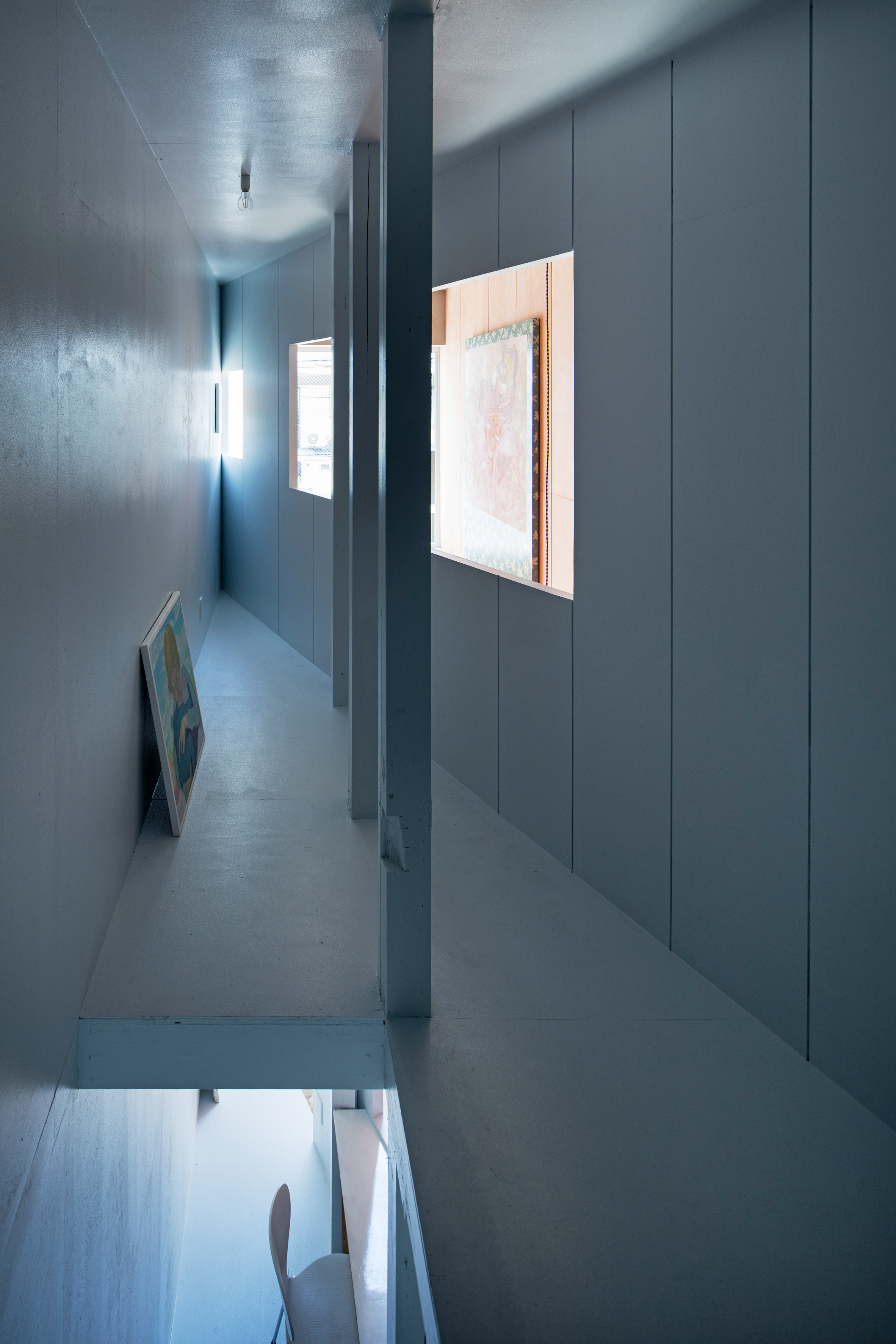 Other designers who have created unusual galleries include Sam Jacob, who overhauled a hairdressers in southeast London so that customers stare at artworks rather than their reflections, and Raum404, whice transformed a apartment in Berlin into public exhibition space. 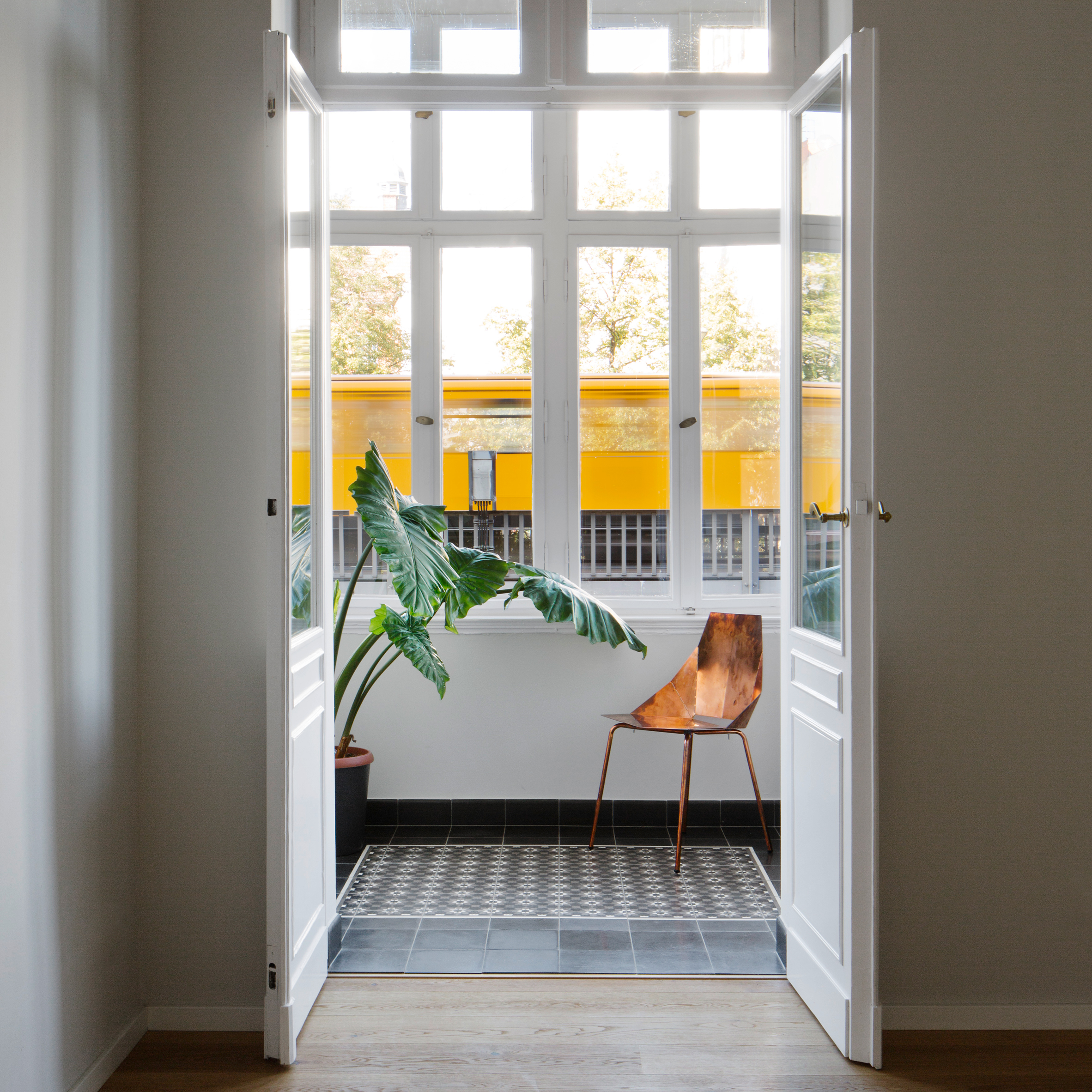 Raum404 redesigns Berlin apartment to double as a gallery