A hammock suspended in midair and tables with integrated storage systems are some of the space-saving details that Colombo and Serboli Architecture have added inside this series of low-budget community co-working spaces in Barcelona. 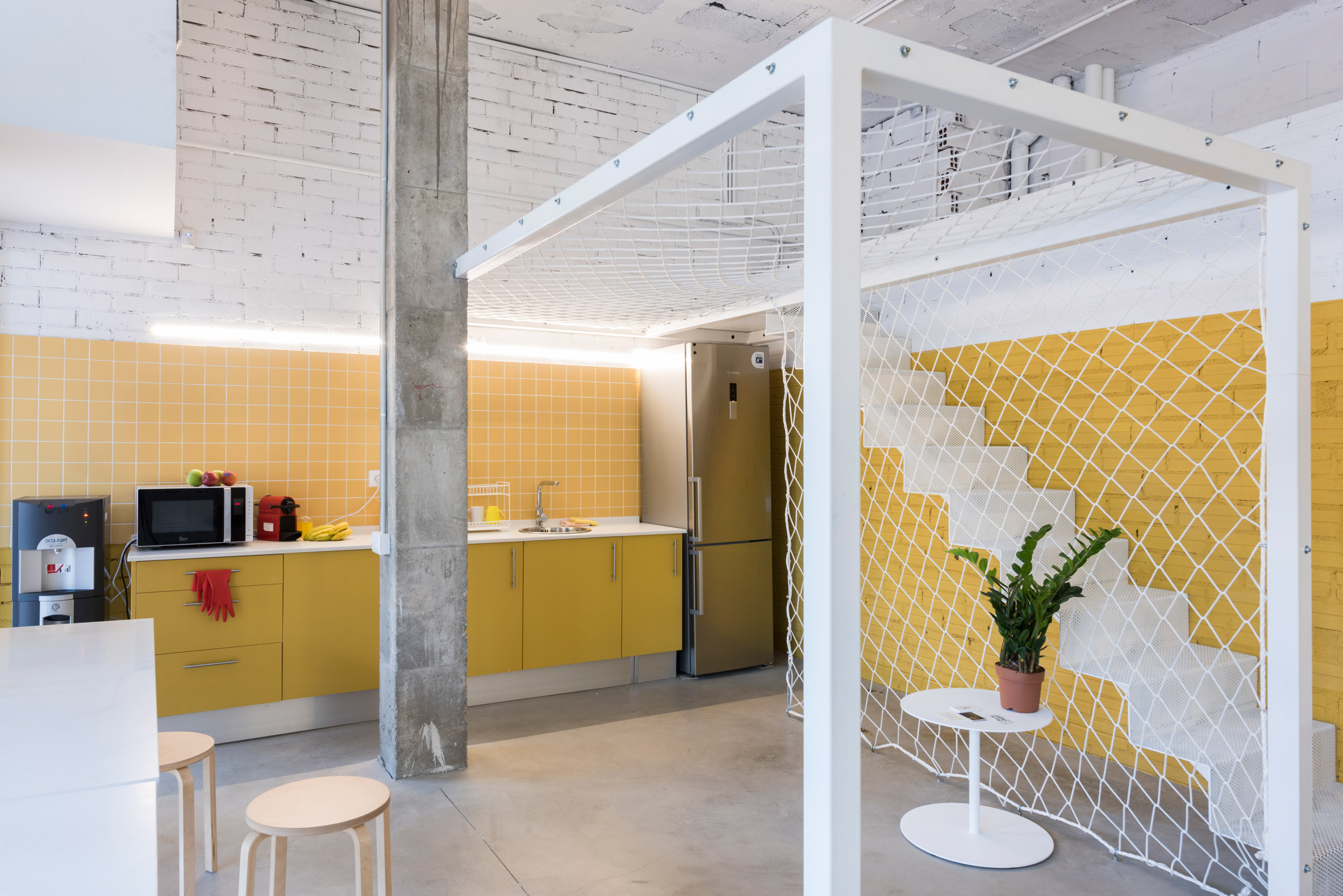 Colombo and Serboli Architecture, also known as CaSA, was asked to transform five unused commercial properties in Baró de Viver, an area of the Spanish city with a high rate of unemployment. The aim was to create workspaces for local entrepreneurs.

The budget was very tight, so the architects developed a series of versatile furniture designs able to suit various activities. 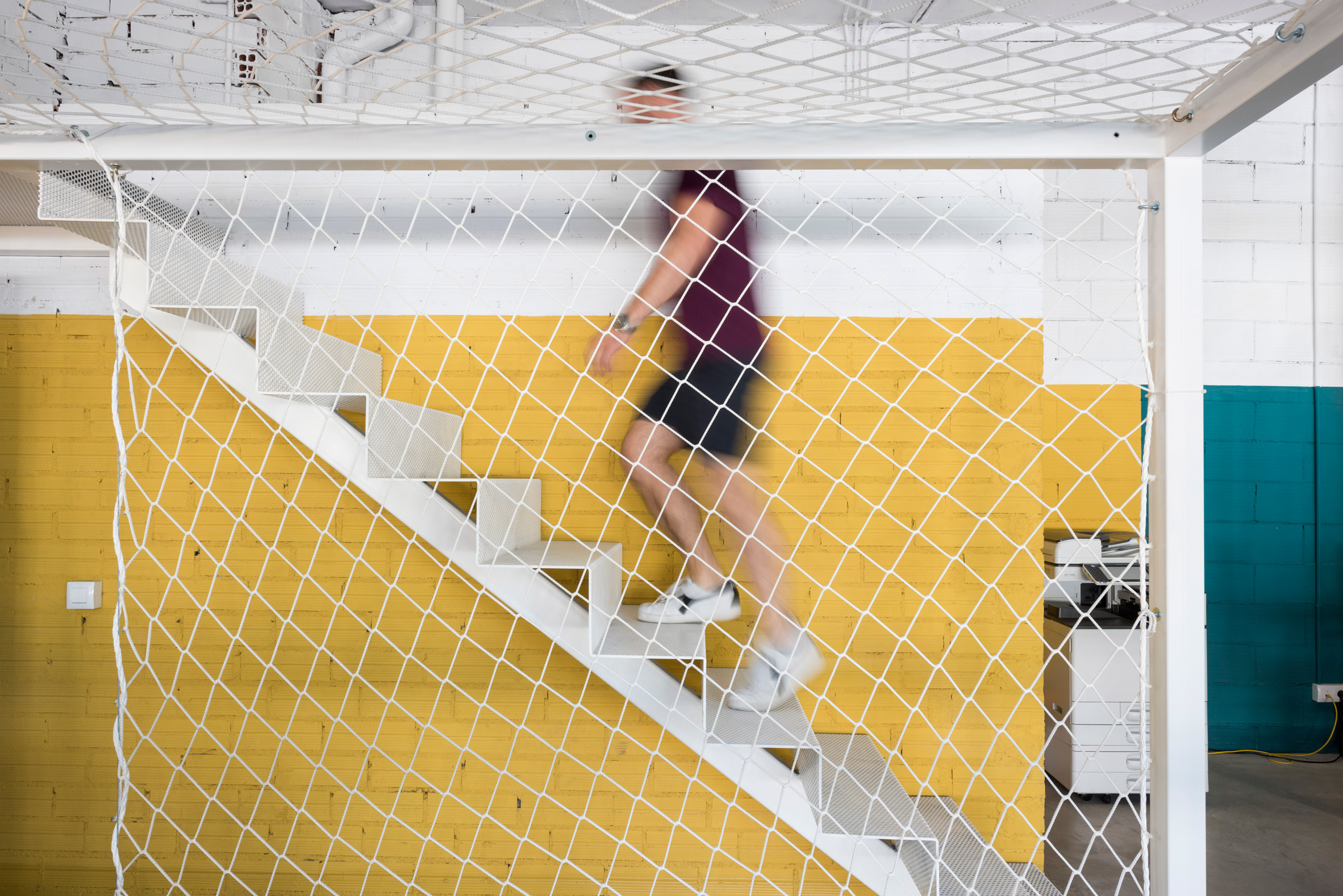 “We had to translate the laudable target of the initiative into space, transforming five never-used, neglected, bricked and empty premises on the ground floor of social-housing blocks into attractive, vibrant workspaces where small companies would want to set up their offices,” said the team.

“The project had to make the most of the spaces, give visibility of the co-working to the neighbourhood, communicate openness, and keep content safe in an area with security problems.” 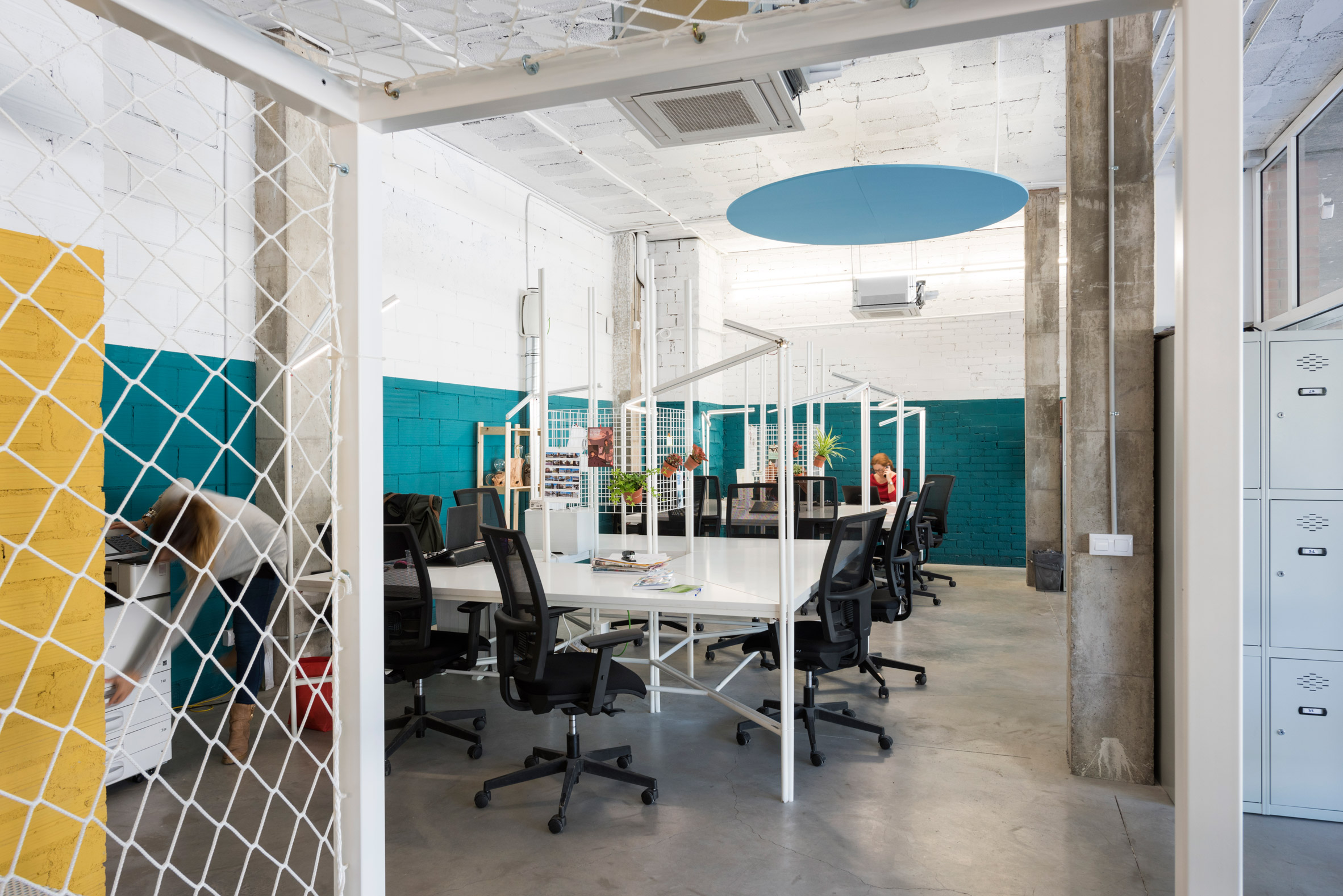 Two of the five spaces are positioned next to one another, so were joined together. This created enough extra space to provide a kitchen, but not enough for a lounge space – so CaSA instead decided to make one that was raised up in the air. 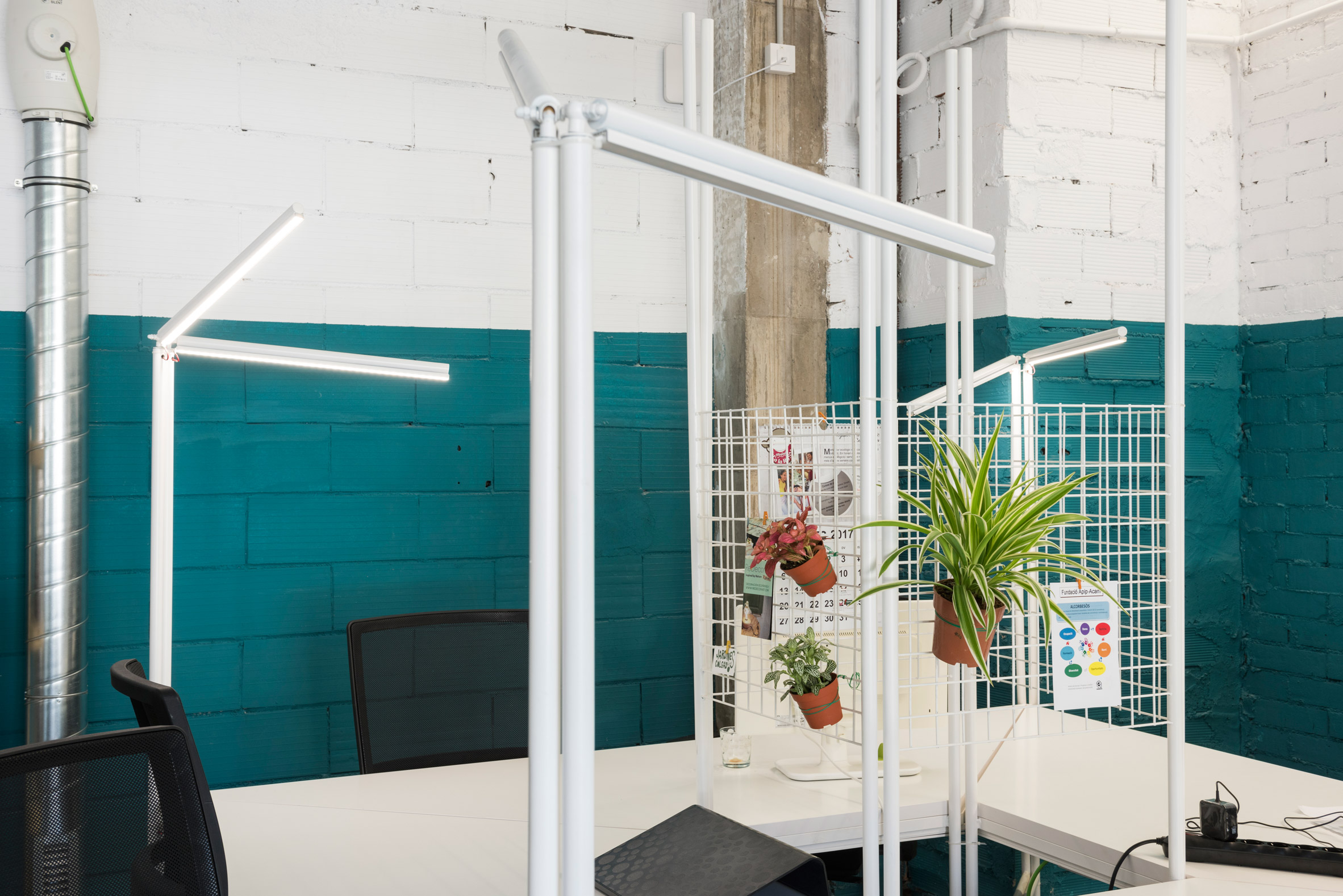 They built a simple steel frame and wrapped netting over it, creating an elevated hammock. It is accessed via a simple staircase, made by folding up a single sheet of perforated metal.

“One can contemplate the trees outside whilst hanging there,” said the team. 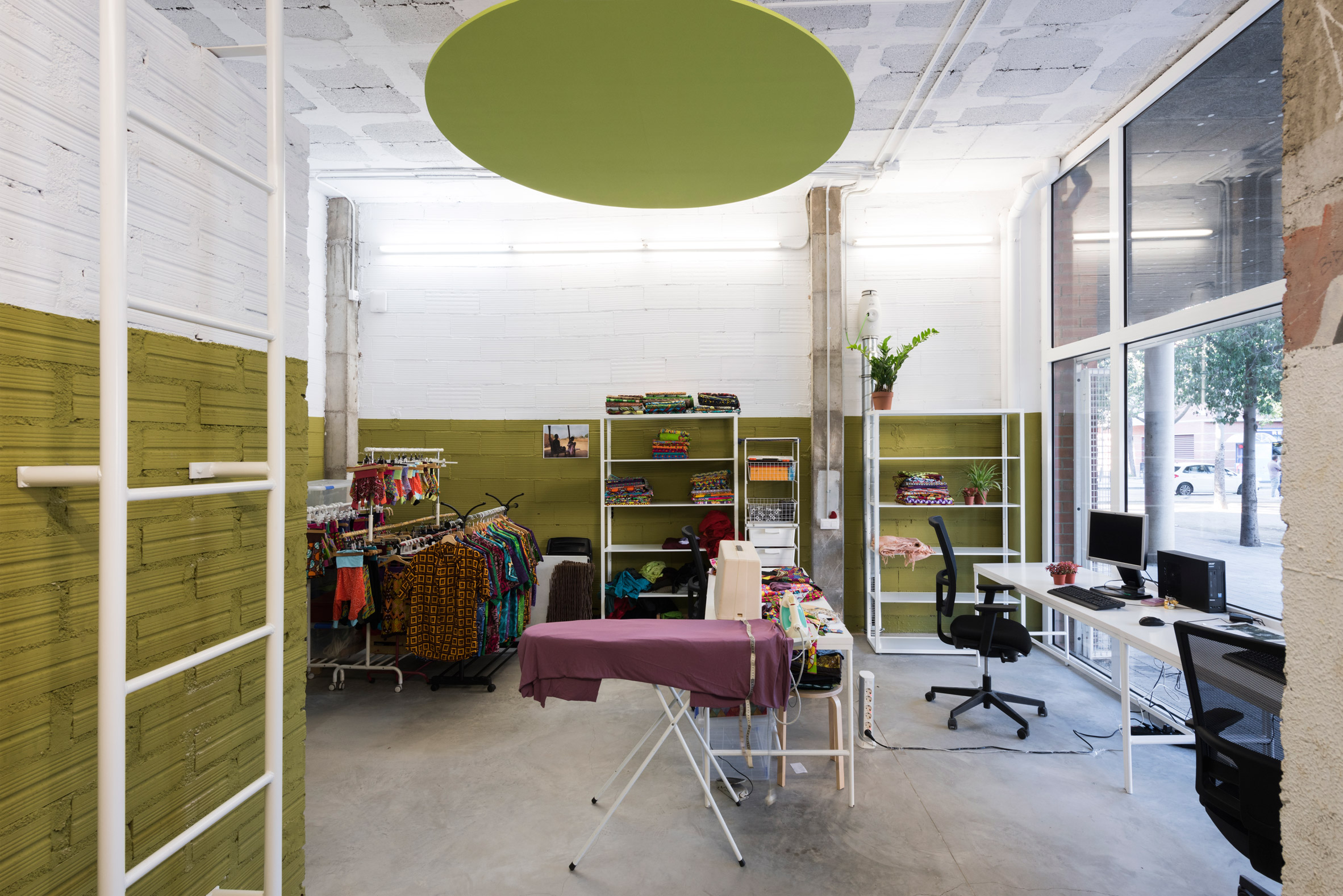 Each of the workspaces has its own distinctive colour, which is applied around the base of the walls, and also features on round acoustic panels that hang from the ceilings. This helps to give each all five spaces their own identity, but also ties them together. 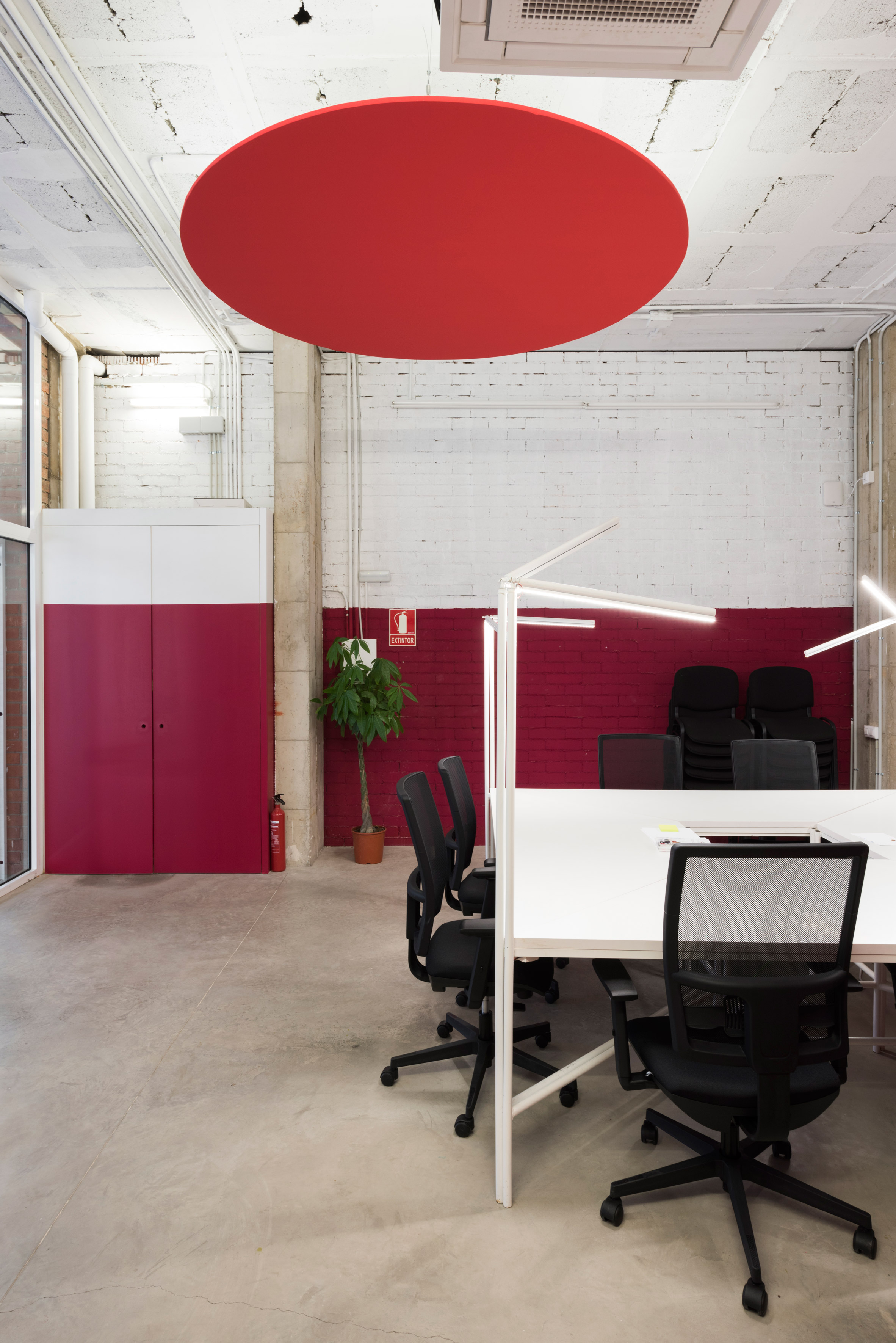 Work surfaces are provided by trapezoid-shaped (as well as rectangular) tables, designed to suit different configurations. These feature gridded metal backdrops, so people can attach papers and plants to them, but they don’t block views. 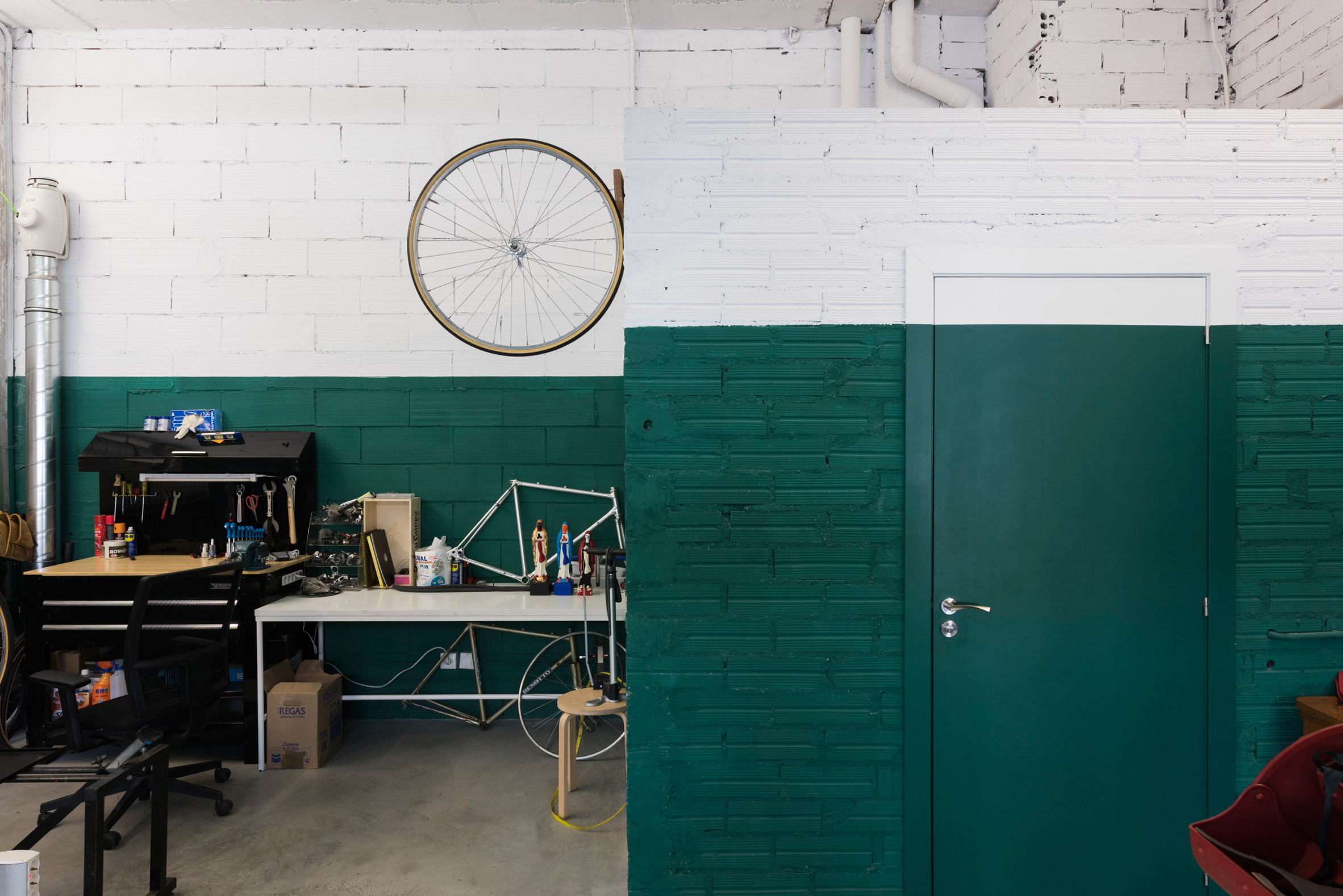 Modular LED lighting systems attach to the legs of these desks, and can adjusted to face in different directions. These are joined by chairs and small tables provided by furniture brand Kettal, including the Jasper Morrison-designed Village chairs.

Other details were kept as they were, including the concrete columns and exposed ceilings – although mesh shutters were added for security. 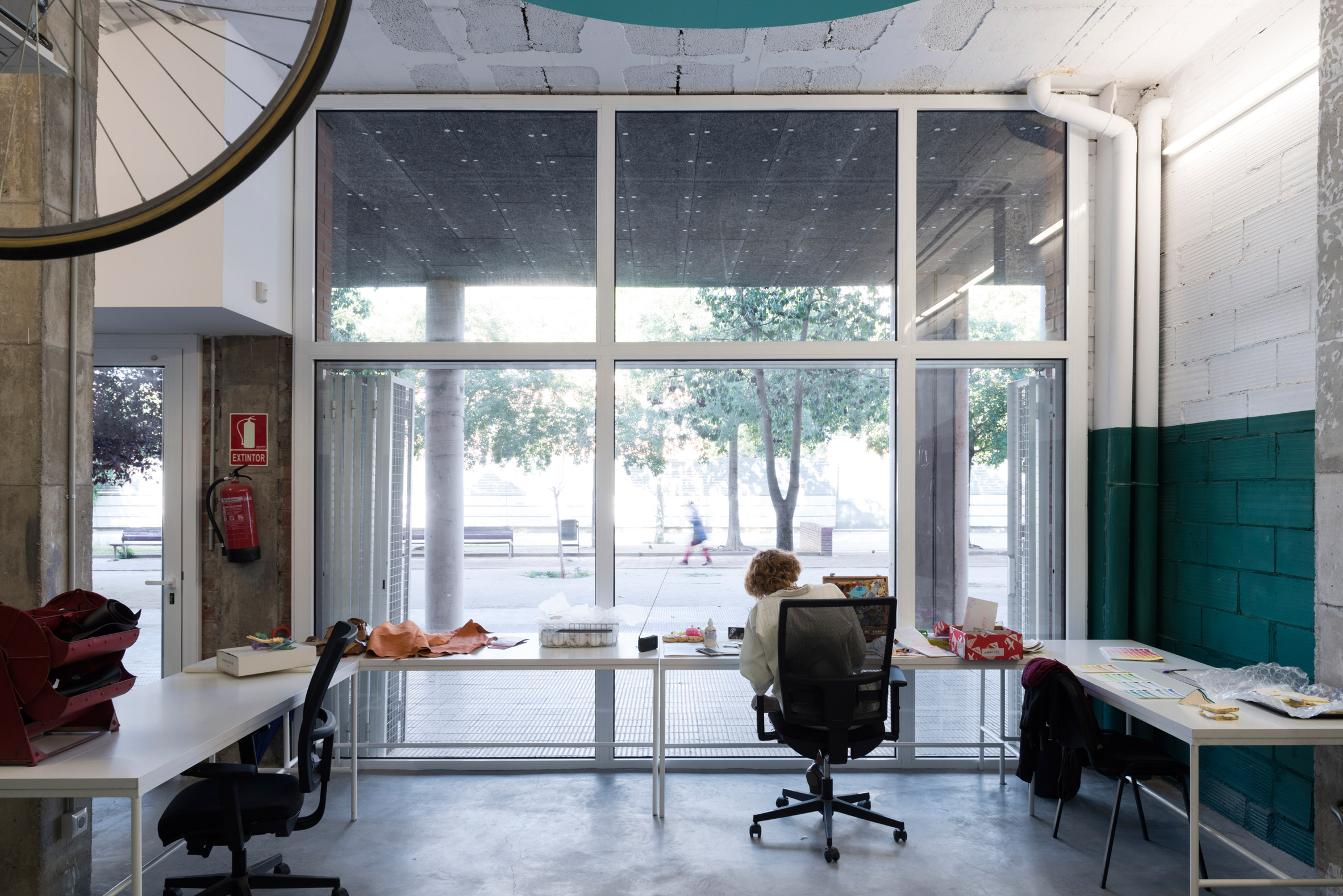 Called Sinèrgics, the spaces are now used for a variety of different occupations, from bicycle repair to textile design.

CaSA is led by architects Andrea Serboli and Matteo Colombo. Past projects by the studio include a home with bespoke bicycle storage and another with an all-white interior.