Snøhetta has revealed plans for a sustainable ring-shaped hotel, that will be nestled at the base of Norway’s Almlifjellet mountain, within the Artic Circle.

The architecture firm claims that Svart Hotel, which takes its name from the nearby Svartisen glacier, will be energy-positive – meaning it will produce more energy than it consumes.

While consumption rates will be 85 per cent lower than contemporary hotels, the building’s solar panels will produce energy, something the architects believe is an “absolute must in the precious arctic environment.” 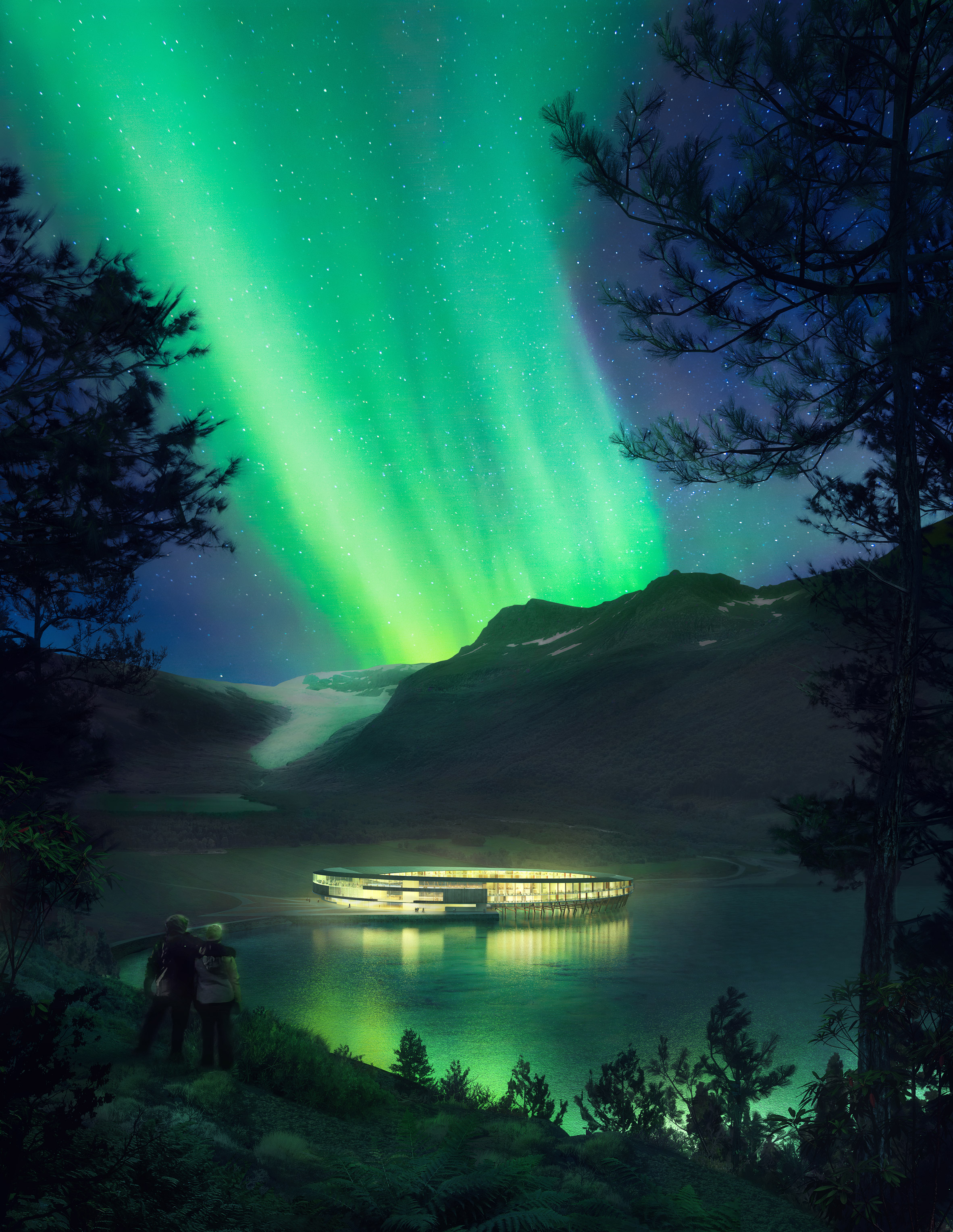 Working with a handful of other Norwegian companies, Snøhetta began the design process by extensively researching how the hotel could use renewable energy, with the aim of making as little impact on the mountain environment as possible.

“Building in such a precious environment comes with clear obligations in terms of preserving the natural beauty and the fauna and flora of the site,” said Snøhetta’s founding parter, Kjetil Trædal Thorsen, in a statement.

“It was important for us to design a sustainable building that will leave a minimal environmental footprint on this beautiful northern nature.” 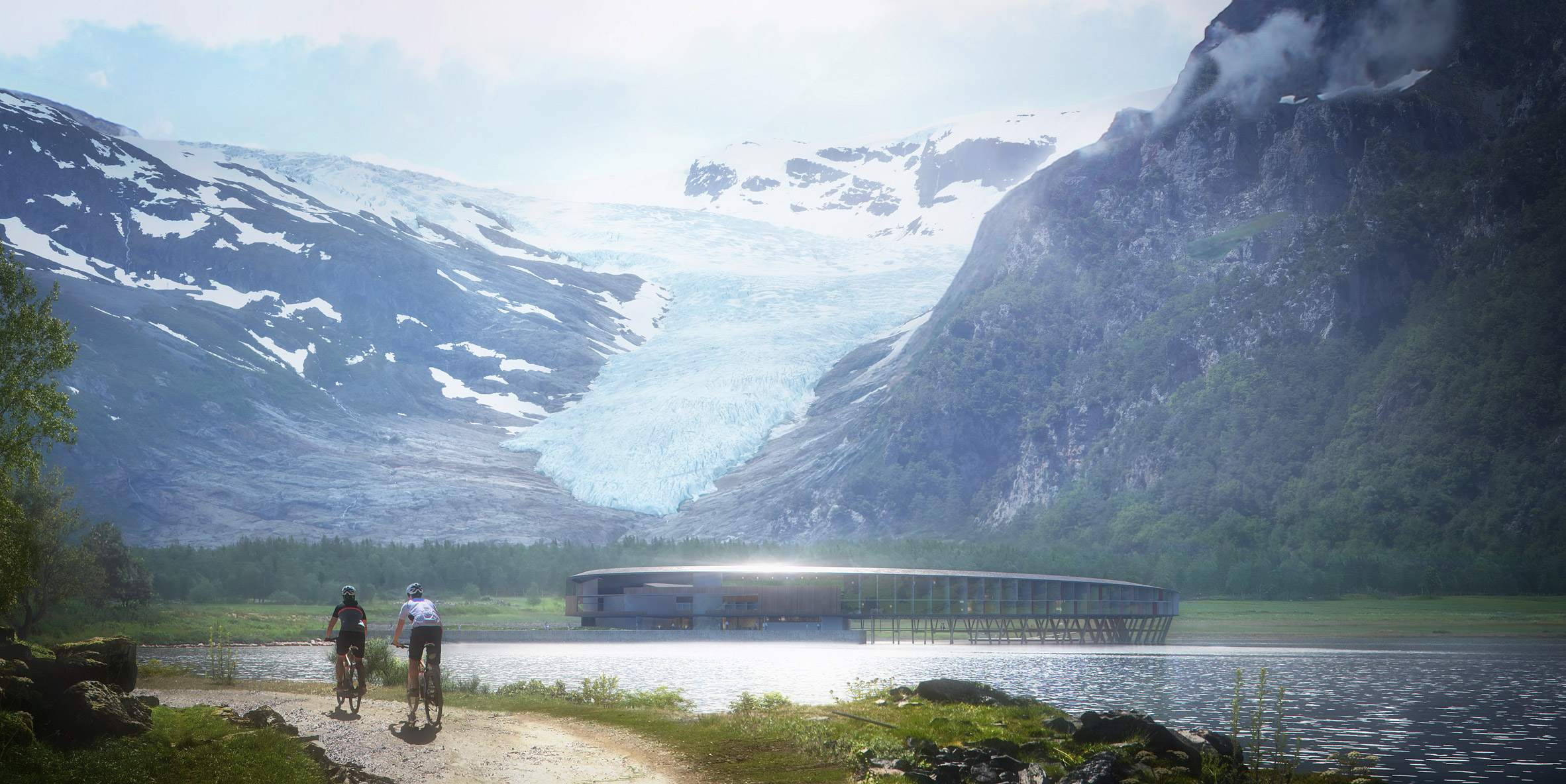 Mapping the movement of the sun’s rays, the architects decided that a circular structure topped with solar panels would provide optimum levels of light throughout the day and across different seasons.

Recessed terraces have been integrated along the hotel’s facade that shade rooms during the summer, replacing the presence of artificial cooling systems. Fronted by a large window, rooms can also exploit the sun’s thermal energy during the colder weather. 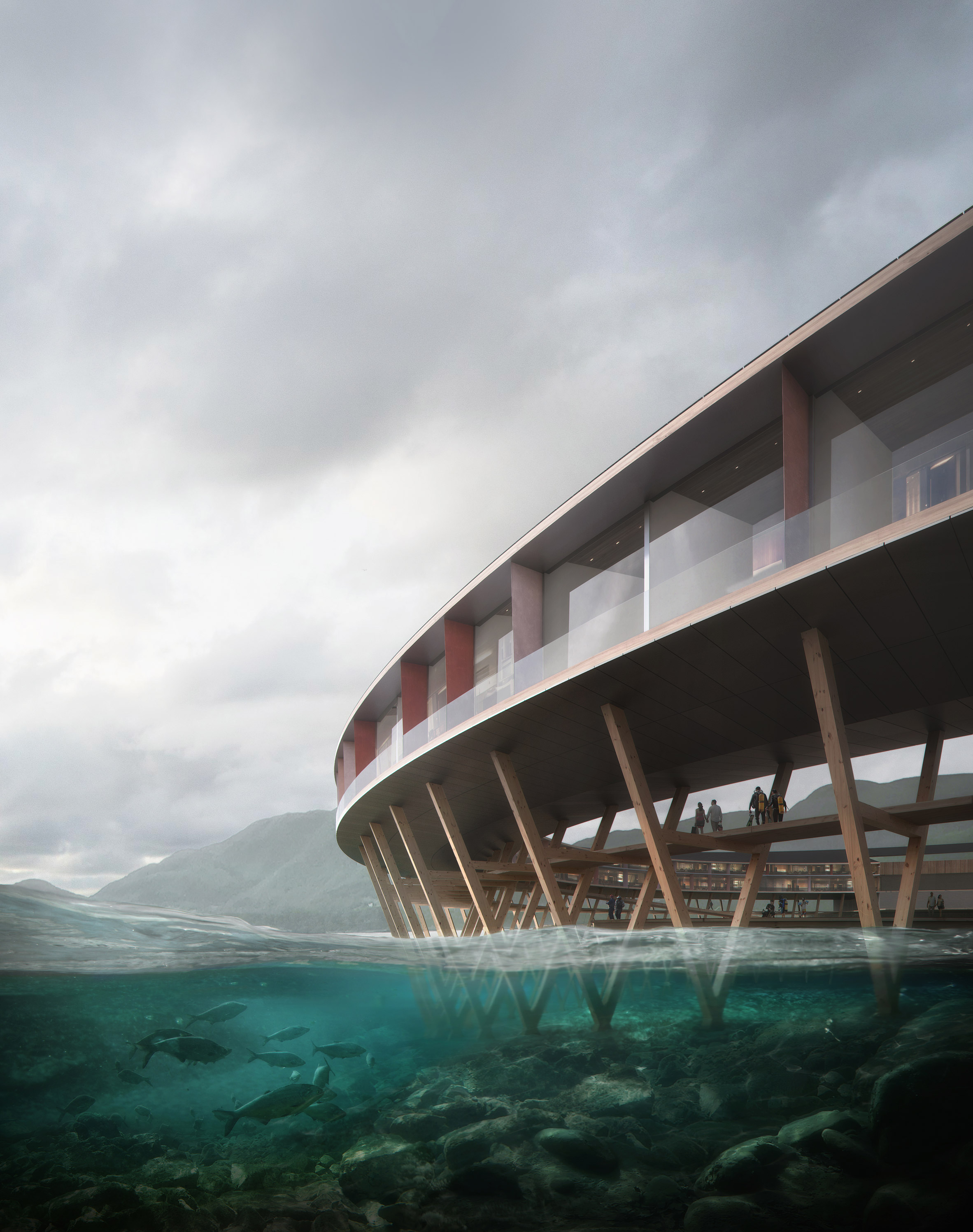 The main body of the hotel is held up by a series of V-shaped wooden poles that extend down into the surrounding Holandsfjorden fjord. Referencing the local vernacular, the poles echo those used to elevate traditional fisherman houses called rorbues.

A boardwalk runs directly underneath the hotel where visitors can stroll in warmer months – in the winter this doubles up as a space to hold boats or kayaks, eliminating the need to erect additional storage facilities that could impact the landscape. 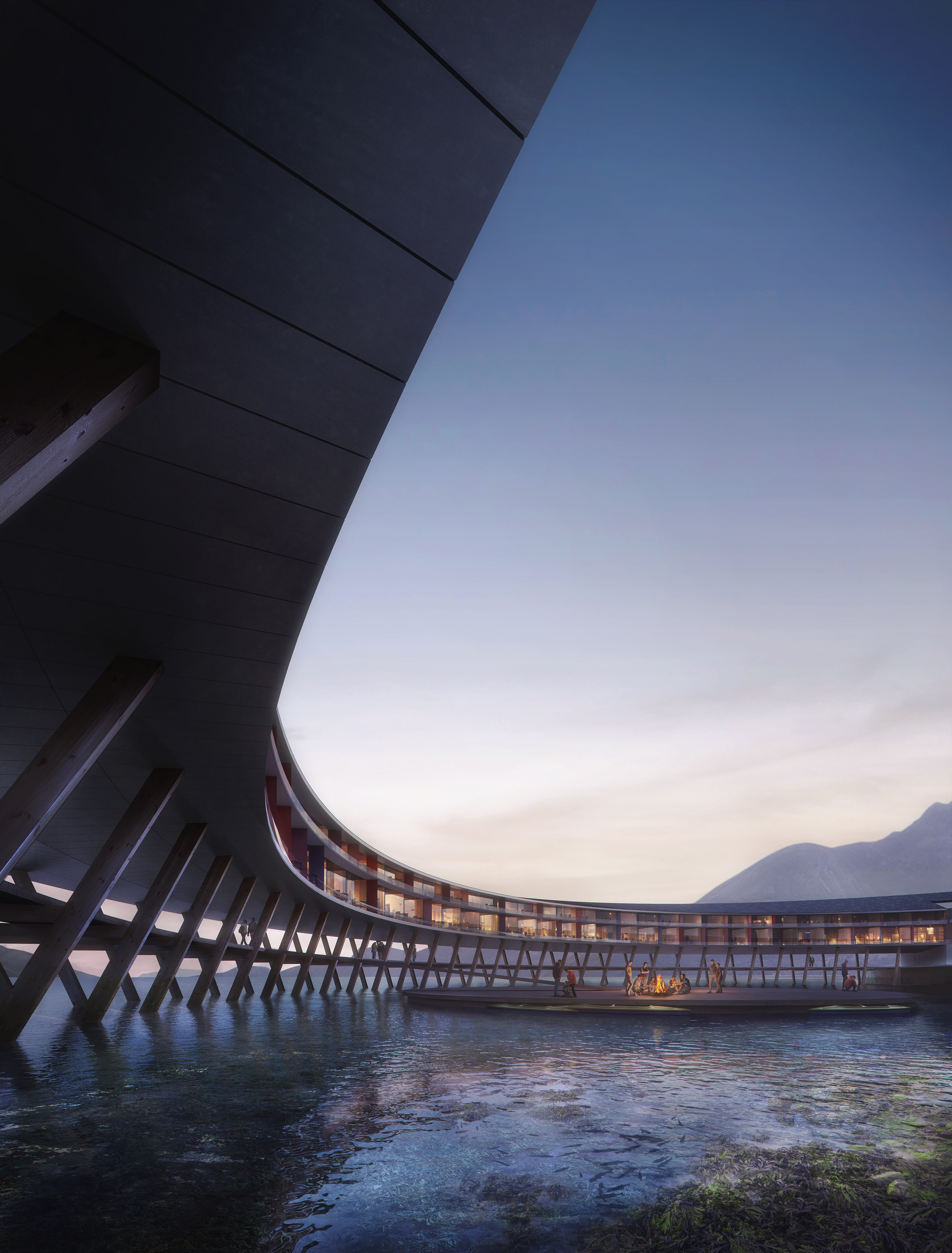