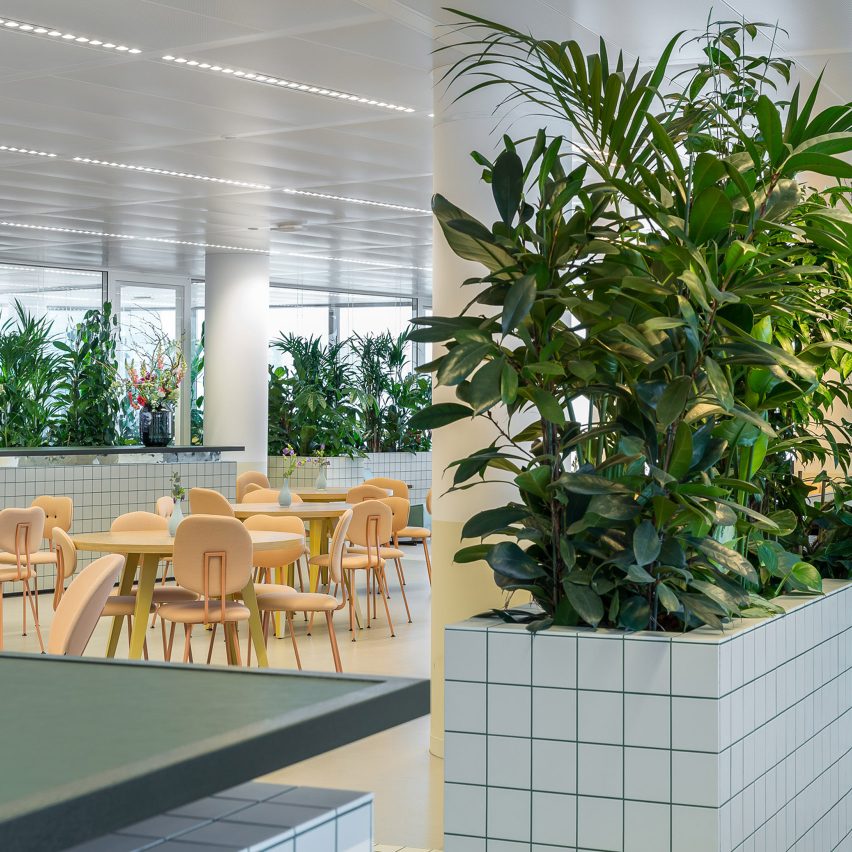 Tropical plants sprouting up from partition walls provide privacy to workers inside this office in Utrecht, which has been overhauled by architecture studio Space Encounters.

Occupying the 14th floor of a recently-completed tower in central Utrecht, the office for Dutch property developers Synchroon features leafy partitions that are intended to be an alternative to claustrophobic, boxed-in workrooms. 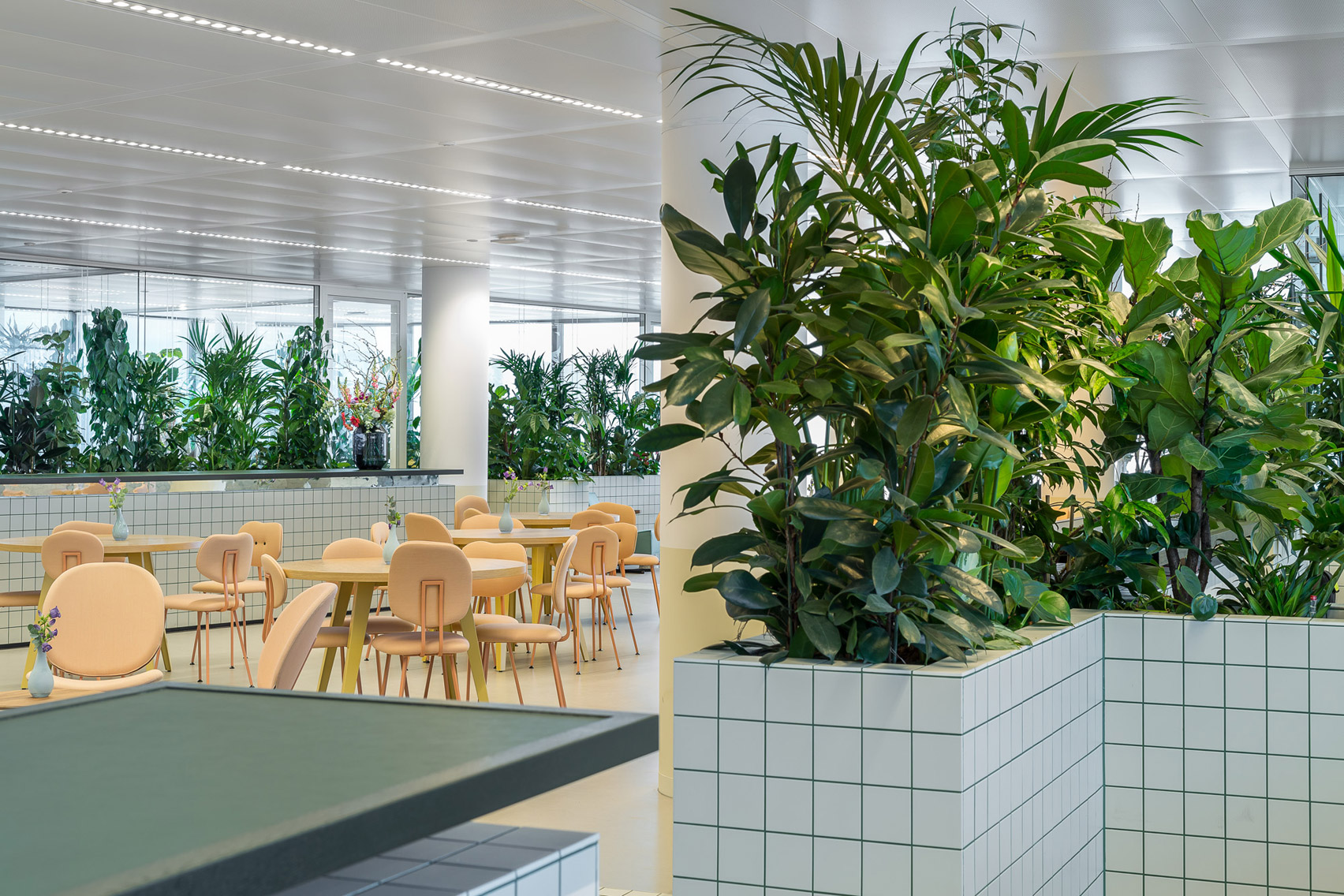 “The closed office appears to be a thing of the past and an open layout has become the standard,” explained Amsterdam-based studio Space Encounters, which was charged with designing the office interiors.

“However, attaining this open feeling requires specific interior strategies to overthrow the question if it really is an open space. Division and hierarchy of some areas can create a pleasant notion, but when the space is separated too much we end up sacrificing the open atmosphere.” 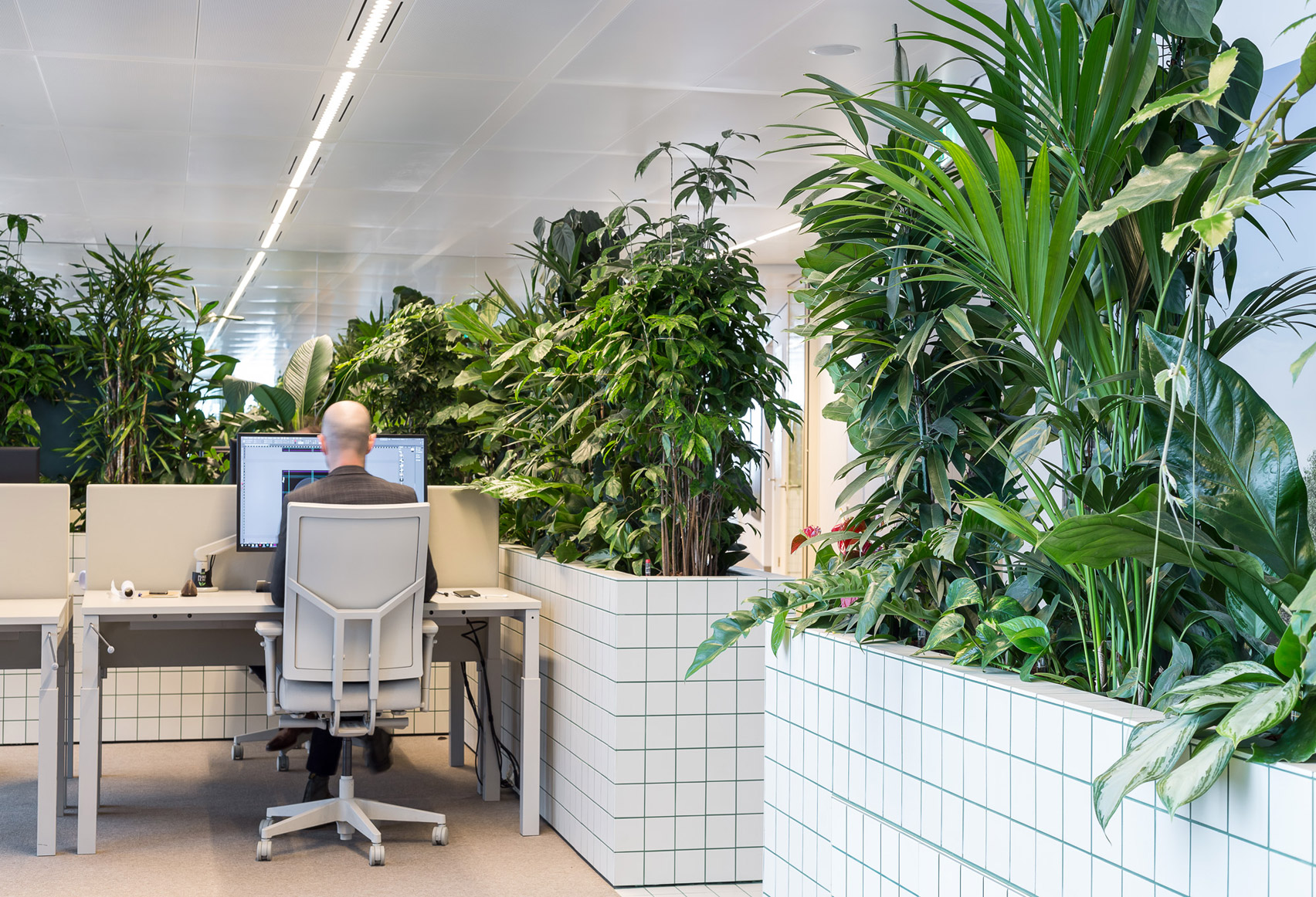 The studio arranged the workspace around a series of one-metre-high walls clad in white tiles. At the top of each is a soil-filled trough, from which tropical plants rise up to form a “green veil” between employees of different departments. Over 750 plants have been used throughout the entire office.

“The green filler in the tile work subtly connects the wall construction with the plants above,” added the studio. 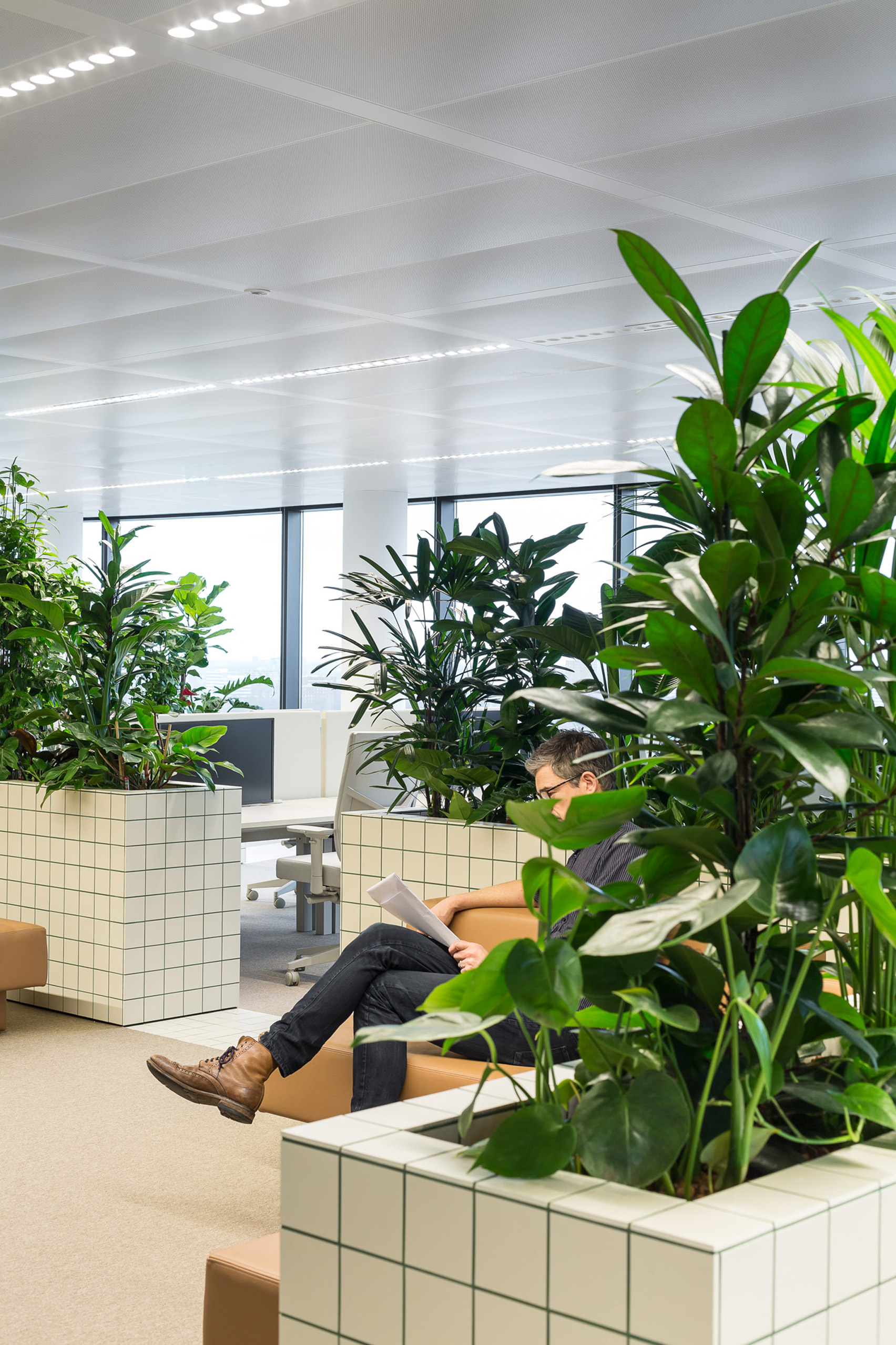 Further separation is created between workspaces by the use of different furnishings. White high-back chairs have been placed behind the formal work desks, while warmer, tan-coloured leather sofas and seat poufs have been placed in communal areas where staff can chat or host informal meetings.

Pink cushioned chairs, and timber tables with bright yellow legs, have also been used to dress the break area. 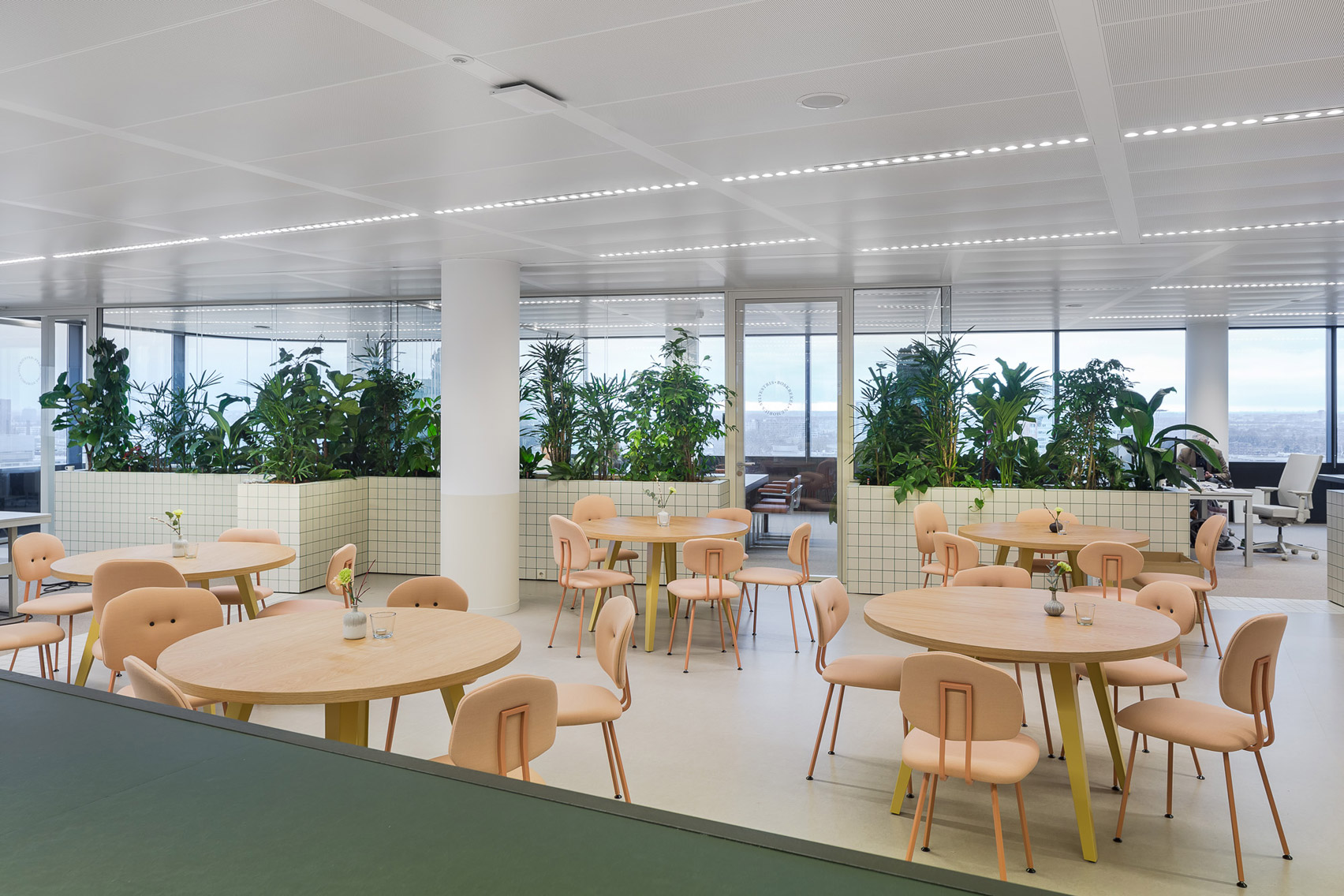 This isn’t the first time that the studio has played with plants in its projects – back in 2016 it transformed a factory into offices for pushchair company Joolz, adding greenery-filled glasshouses to the internal rooms.

Photography is by Peter Tijhuis.