The concrete exterior of this badminton centre in the South Korean city of Gwangju is coloured to match the local soil, and contrasts with a row of clerestory windows clad in blackened-steel. 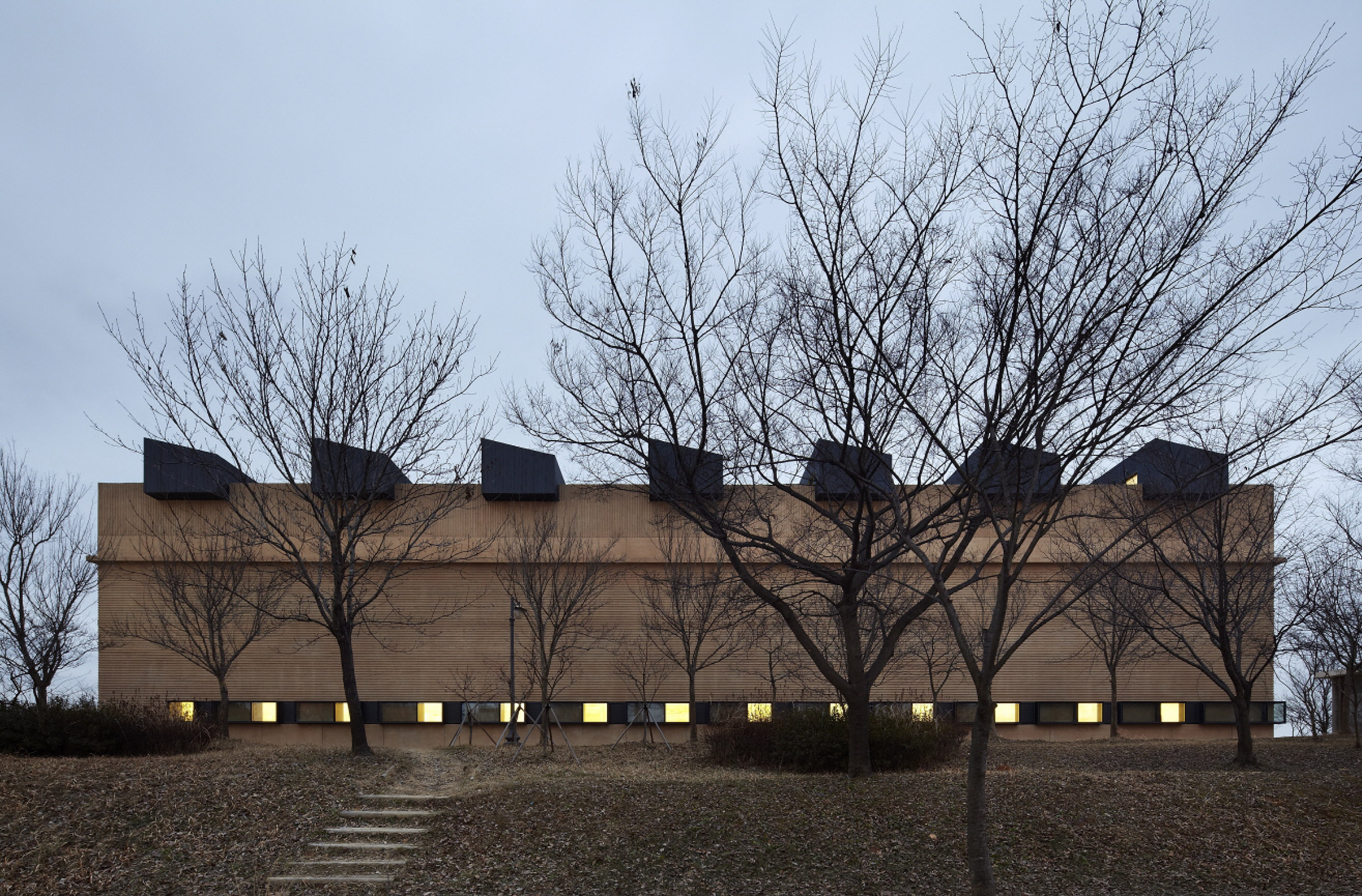 Cheomdan Badminton Court was designed by Seoul studio JHW IROJE Architects for a plot on the banks of the Yeongsan River, to the north of the city centre. 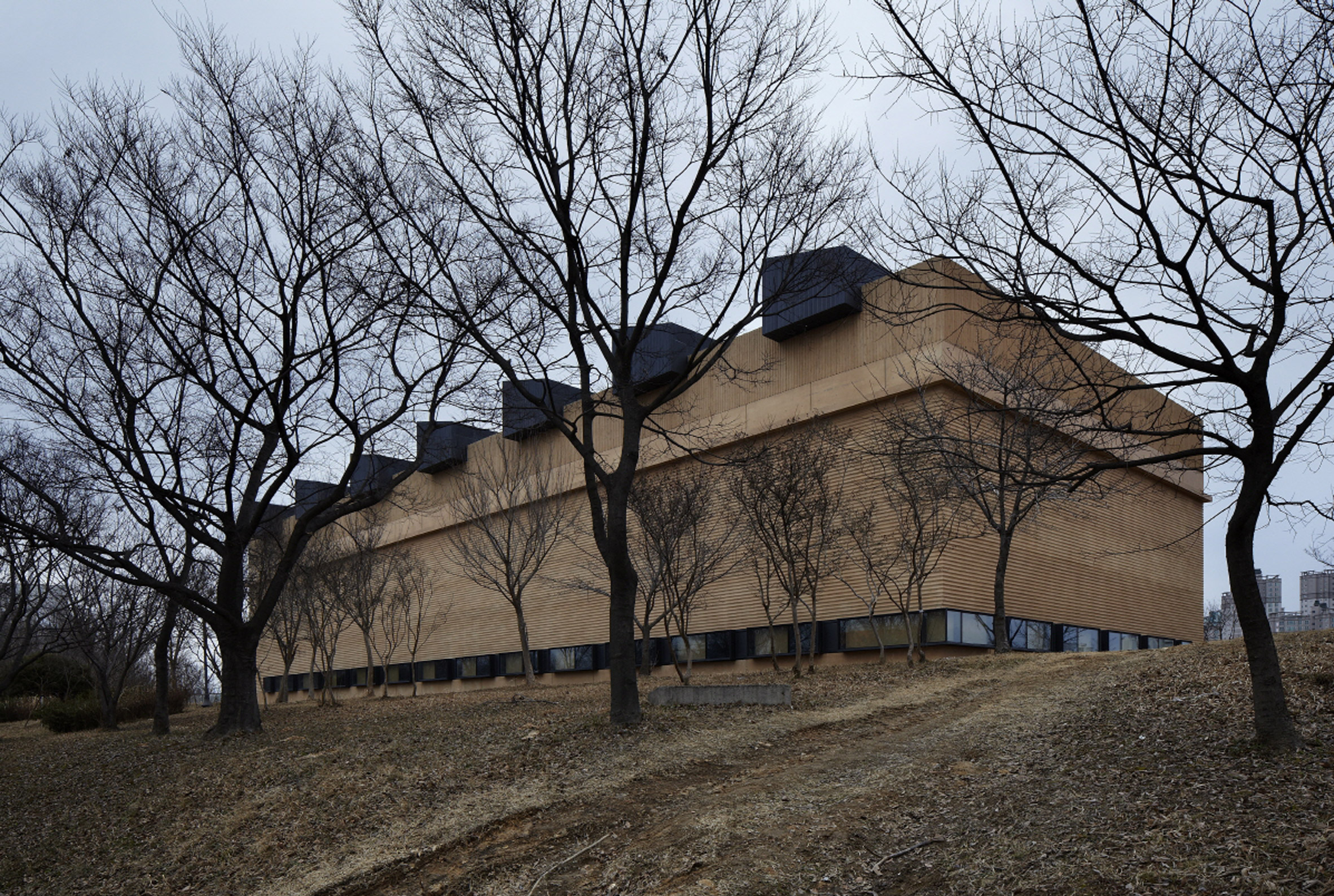 The building’s exterior is rendered in concrete that is pigmented to echo the tones of the surrounding earth. Steel-clad boxes containing vertical windows intersect with the hall’s flat roof.

“The plan began with concern about how to represent something of the texture of nature, which has a different character from the scale of the indoor stadium,” said the studio’s director, Jung Hyowon.

“We wanted the soft red-brown colour of the Yeongsan riverbank to continue throughout the mass.” 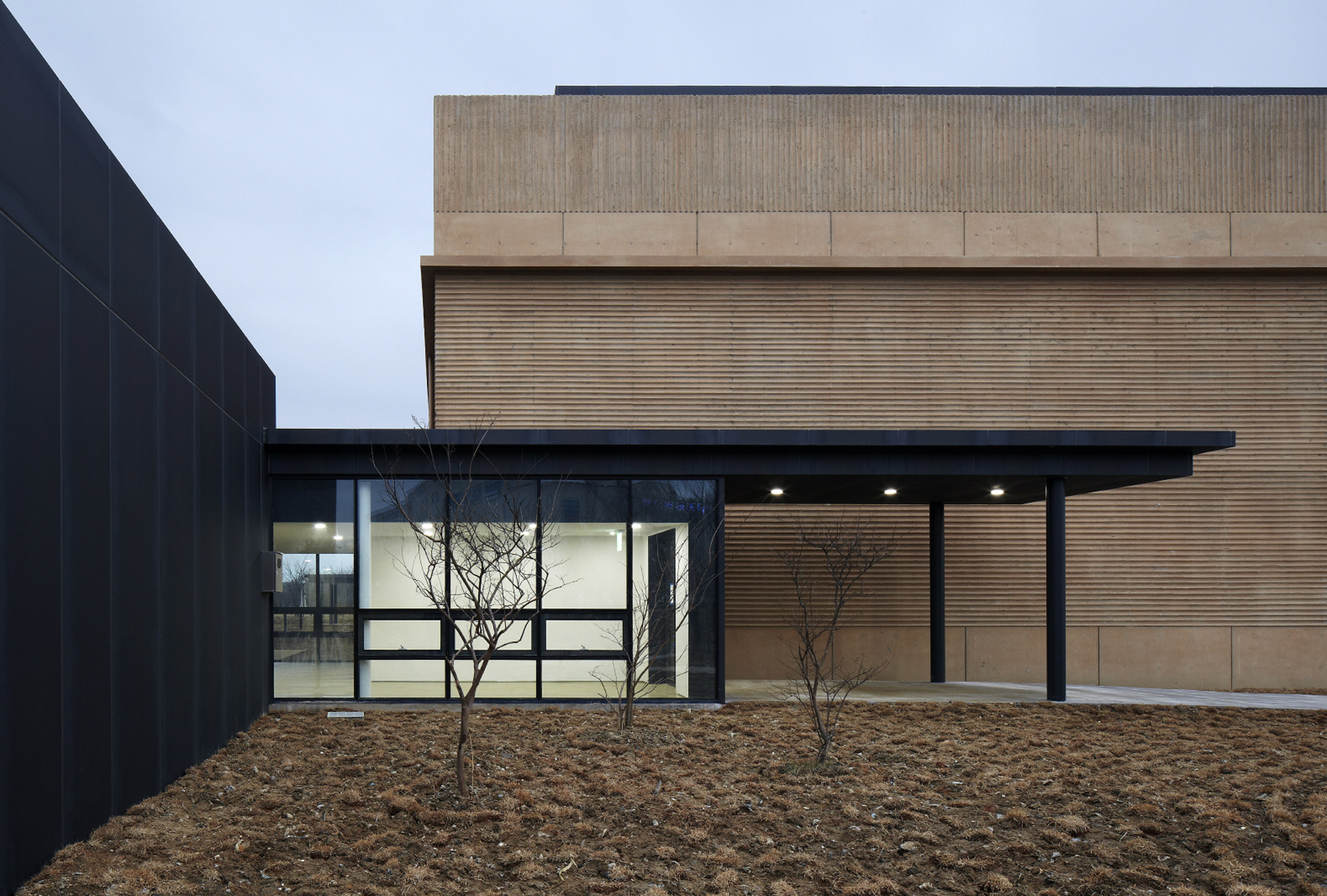 A ribbed treatment introduces further texture to the external surfaces. The horizontal lines engraved into the facades are intended to evoke the movement of a shuttlecock.

To ensure there are no interruptions to the building’s large hall, the studio utilised post-tensioned beams to supplement the concrete framework and negate the need for visible vertical supports. 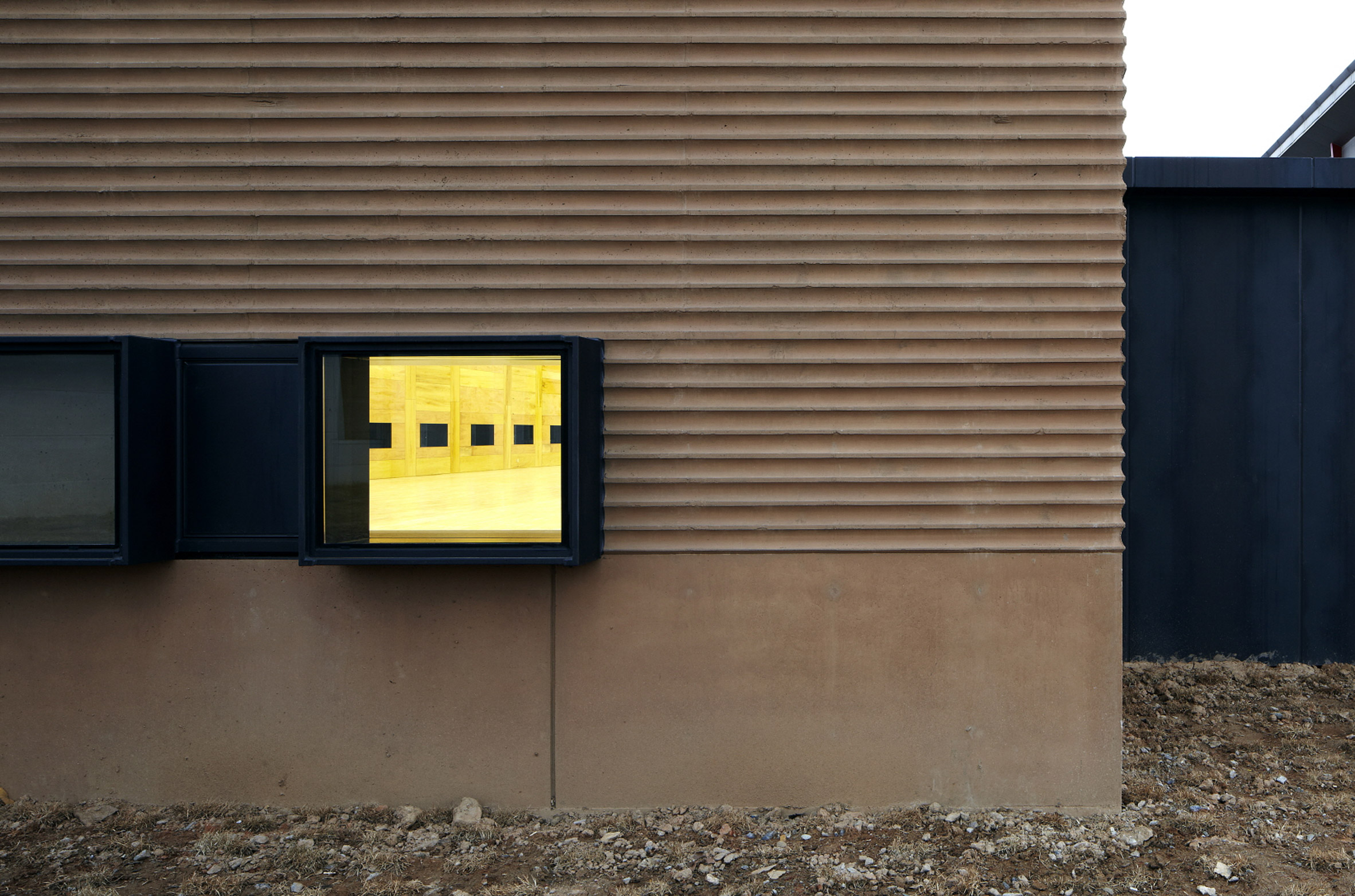 The result is a simple and uncluttered interior that is illuminated from above by the clerestory windows. Natural light filters into the hall through gaps between the concrete beams, which span the full width of the building. 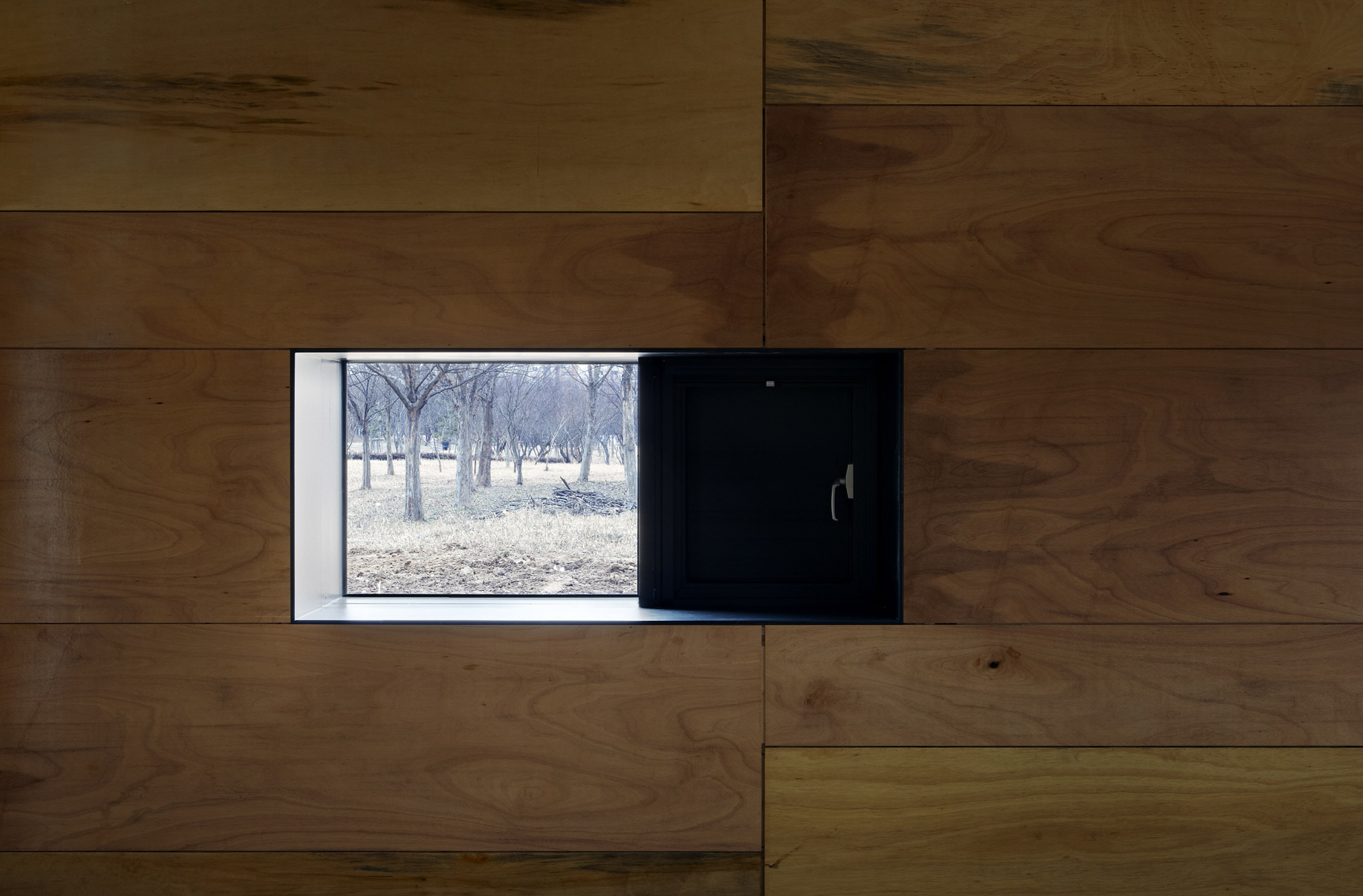 Low-level windows lining the hall on either side also allow daylight to enter, and frame views of the surroundings. The deep window reveals are clad in the same black steel as the boxes protruding from the roof. 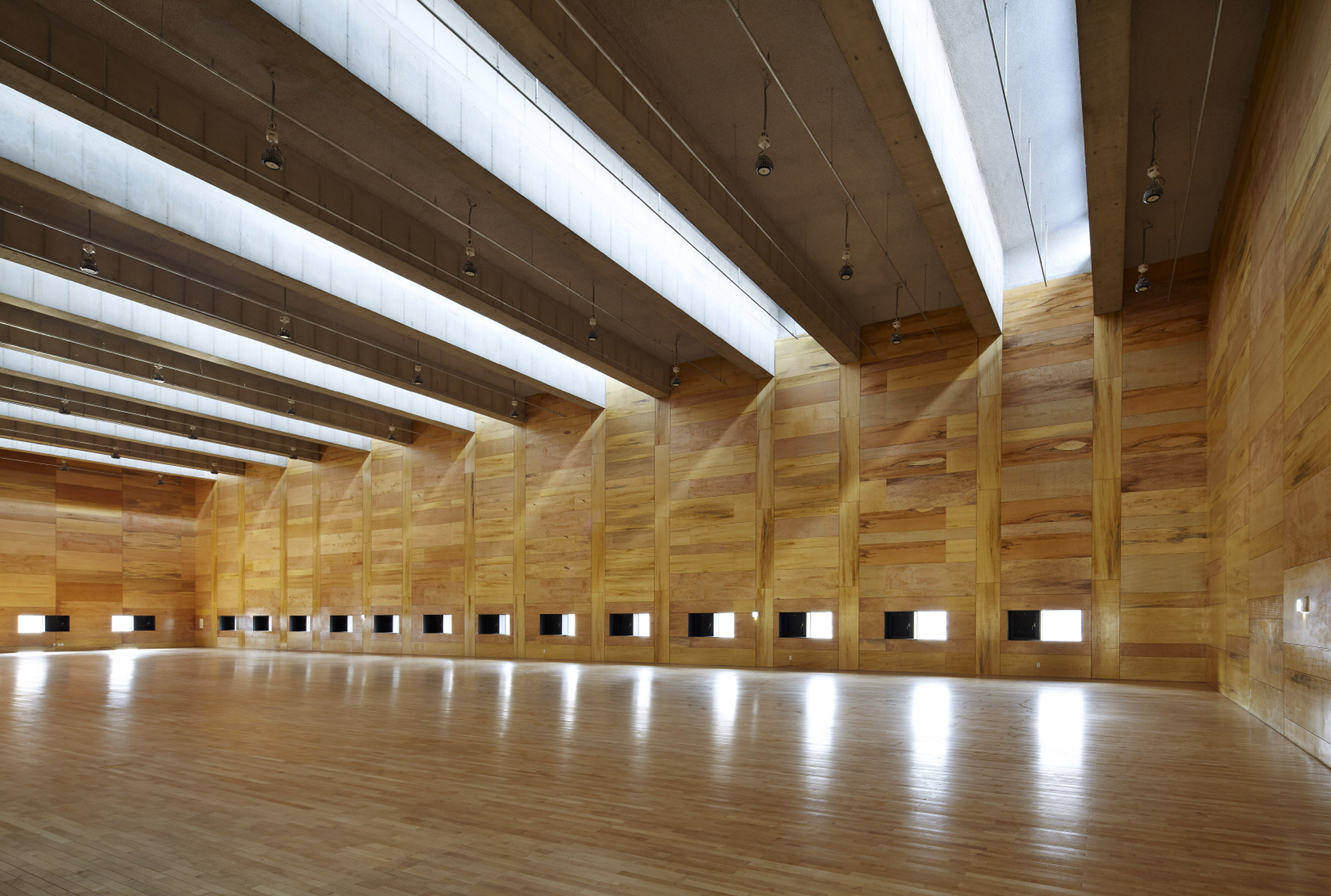 The building’s interior is lined with plywood panels, some of which are perforated to absorb sound and reduce the amount of noise during games.

Vertical panels aligned with the ceiling beams create a sense of continuity with the structure and accentuate the height of the hall. 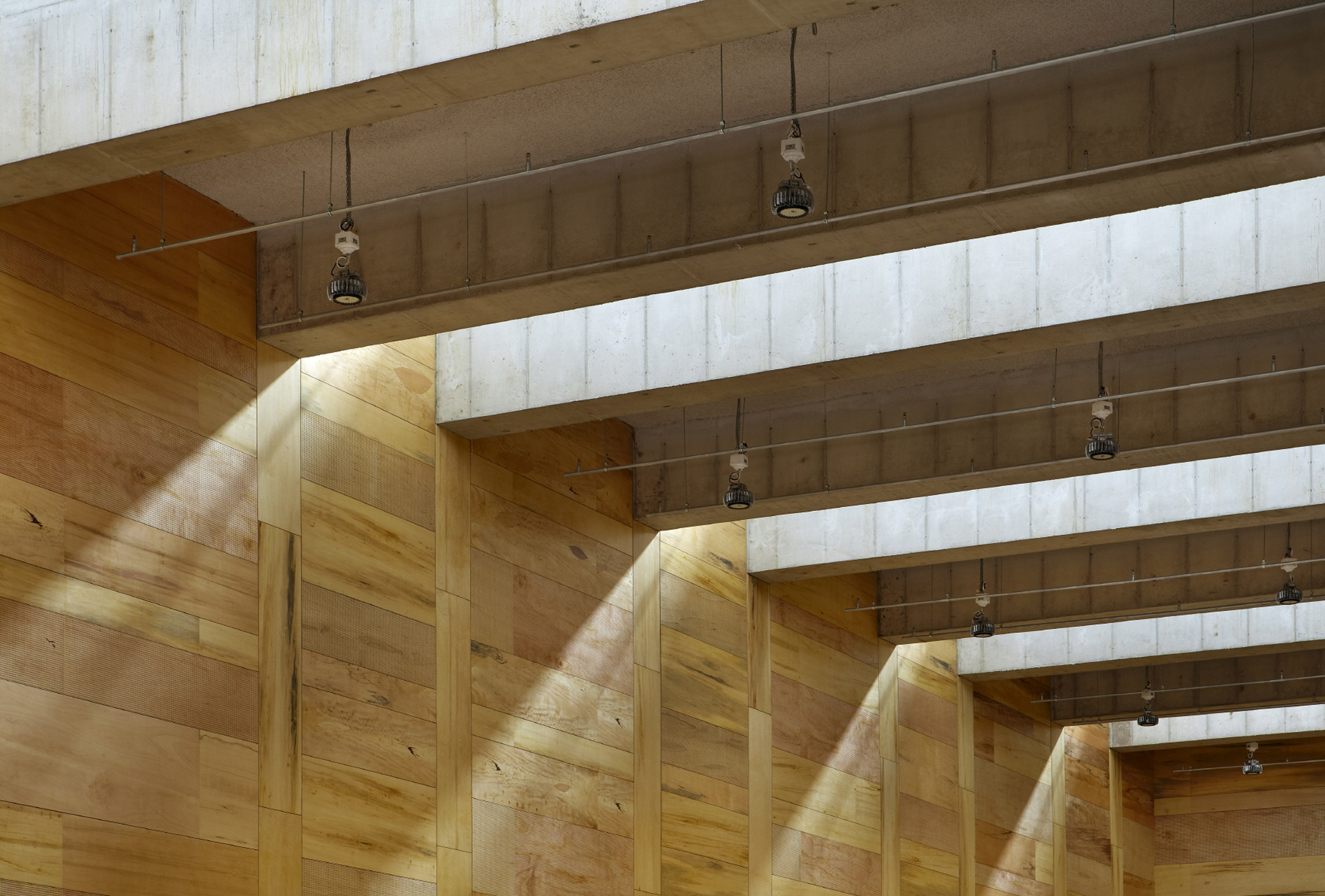 Timber is also used for the flooring, resulting in a minimal space with a warm and natural feel that echoes the tones of the exterior cladding.

The studio has also completed a house in Sunchang County featuring a series of living spaces scattered across a forested site.