Daniel Libeskind‘s studio has completed its first project in China – a museum in Wuhan featuring an arcing steel-clad volume elevated above a new public plaza.

Libeskind’s New York-based studio designed the museum in collaboration with the City of Wuhan and China’s largest property developer Vanke, which the architect created a dragon-inspired pavilion for at the Milan Expo 2015. 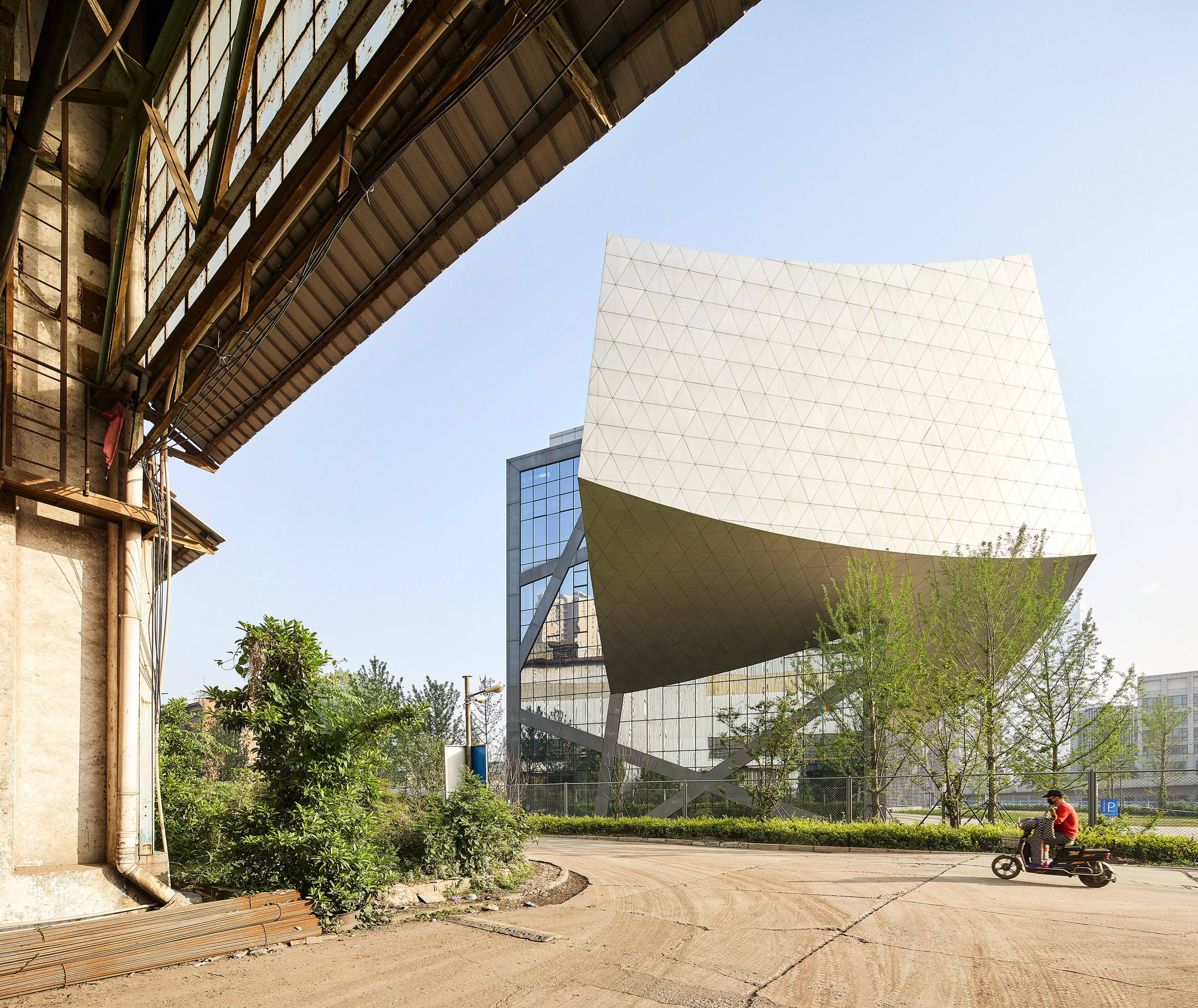 The museum in Wuhan is located on the site of the city’s old steelworks and is intended to function as a public hub set within a landscaped plaza that connects it with the surrounding urban fabric.

“For the Museum of Zhang ZhiDong, my goal was not to simply create another museum, but to give Wuhan and the region a new destination,” said Libeskind. 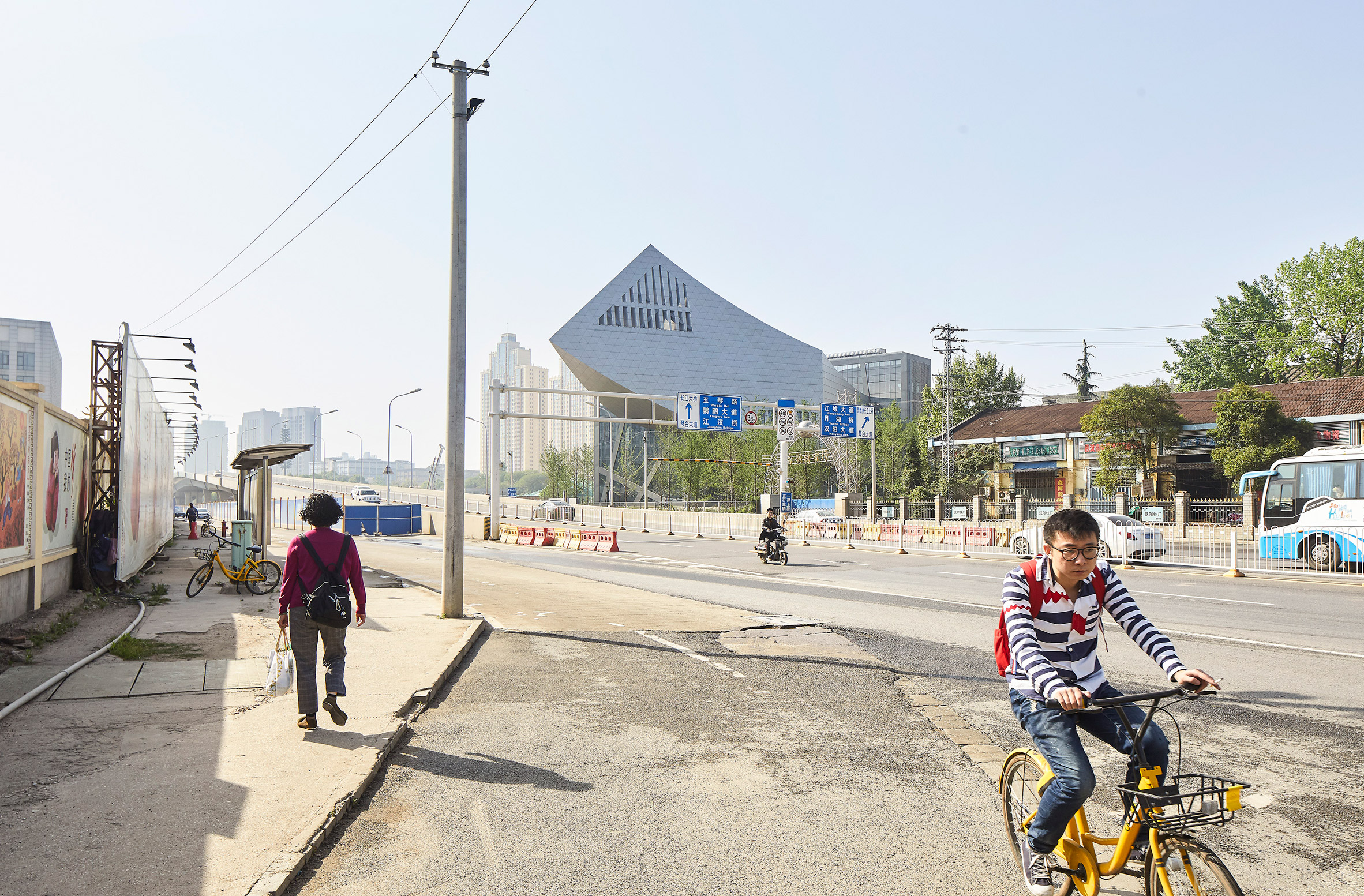 “By lifting the museum up, we were able to create a new public plaza while delivering to the city a world-class cultural institution that reflects the future and spirit of Wuhan,” continued Libeskind.

The building is designed to recall the city’s industrial past whilst providing a vision of the future. Its sweeping form culminates in a prow-like point that references the ships on the nearby Yangtze river, as well as traditional Chinese pagodas. 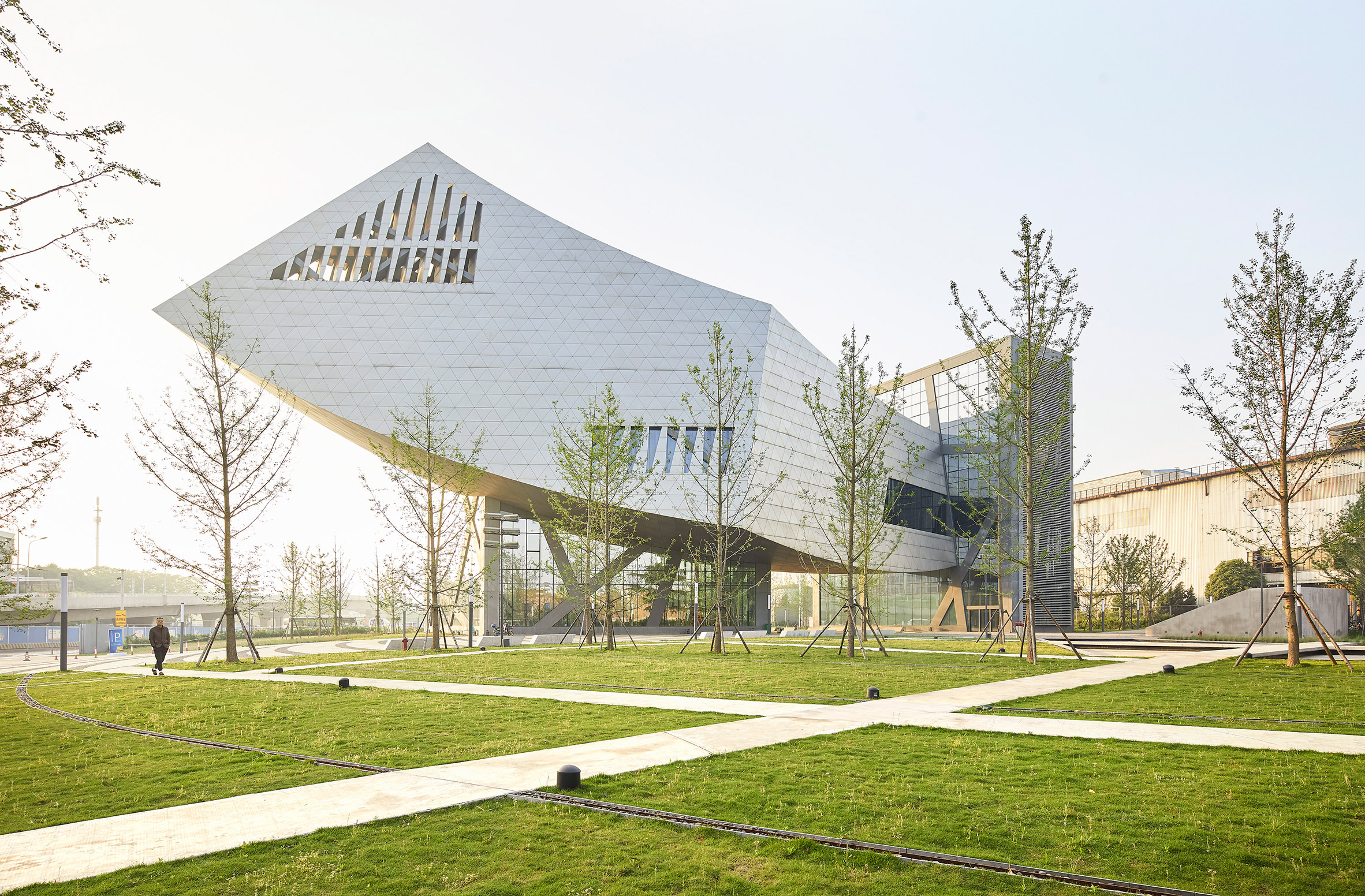 The bowed structure is clad in triangular steel panels and is supported by a pair of glass and steel towers containing the entrance lobby and main stairs, along with the museum’s shop, library and offices.

A staircase that ascends from the entrance foyer through a central atrium connecting the building’s three levels provides access to the exhibition spaces above. 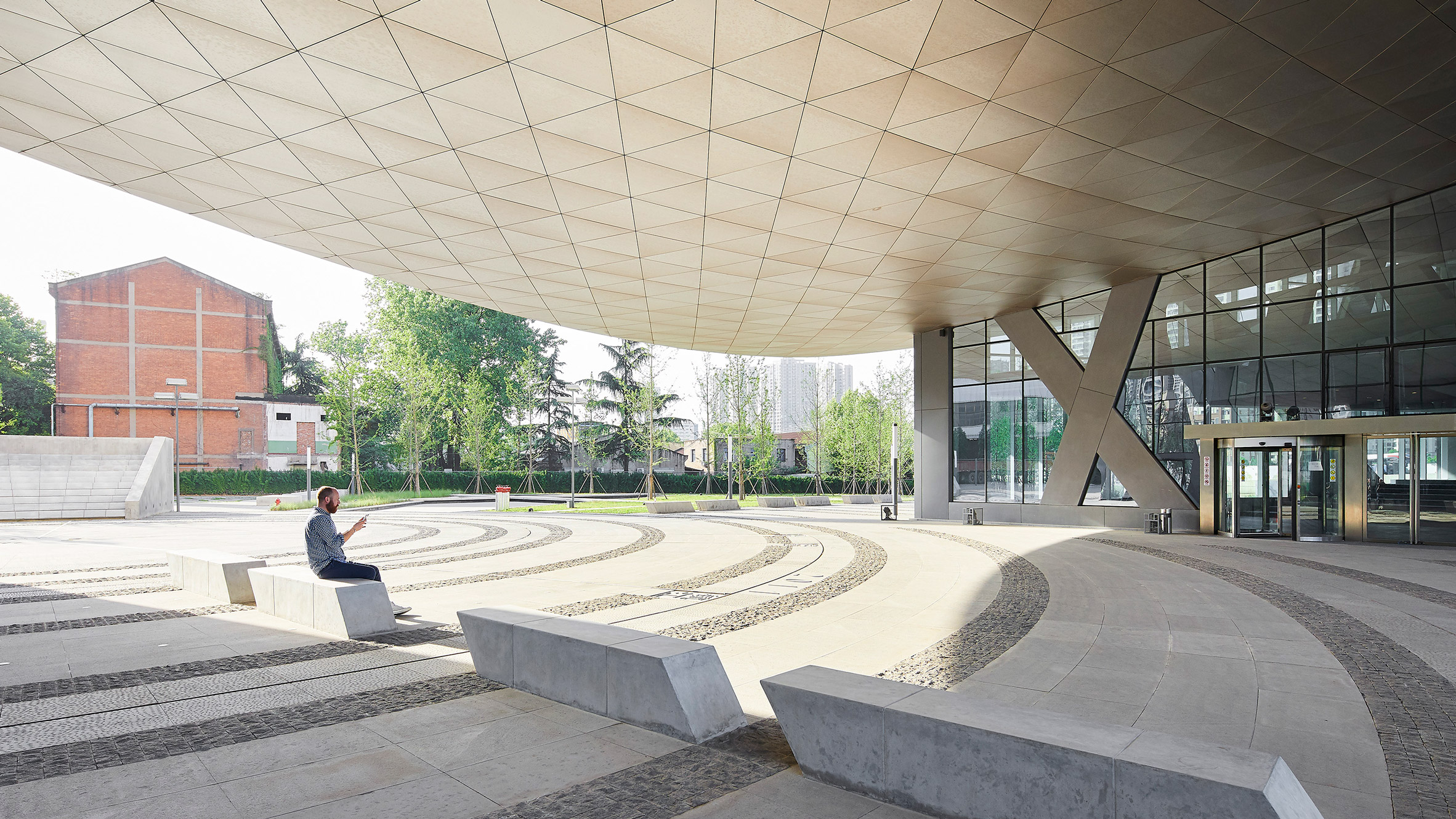 The interiors of these halls were created by exhibition designer Diameter Narrative Design and focus on the life of Zhang Zhidong, a prominent figure in the history of Chinese industry, and his contribution to furthering industrialism in China.

Zhang ZhiDong was based in Wuhan and helped to modernise the city during the industrial revolution at the turn of the 20th century. 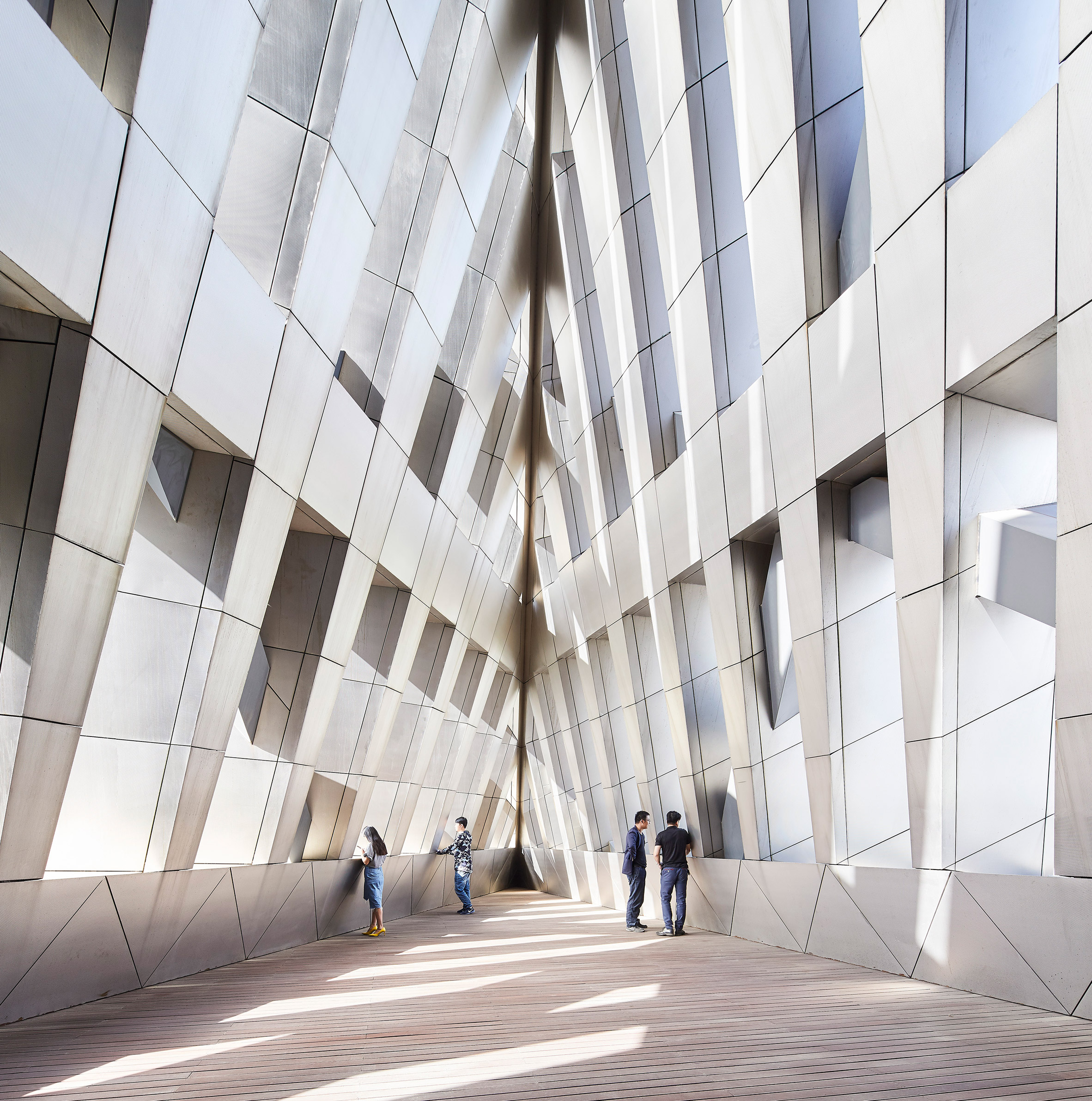 Openings in the building’s predominantly metal skin are carefully configured to optimise views and natural light, with the glazed atrium in particular helping to ensure sunlight reaches the gallery spaces.

The second floor contains a semicircular auditorium facing an oculus that looks out towards the old steelworks. The top floor accommodates spaces for temporary exhibitions. 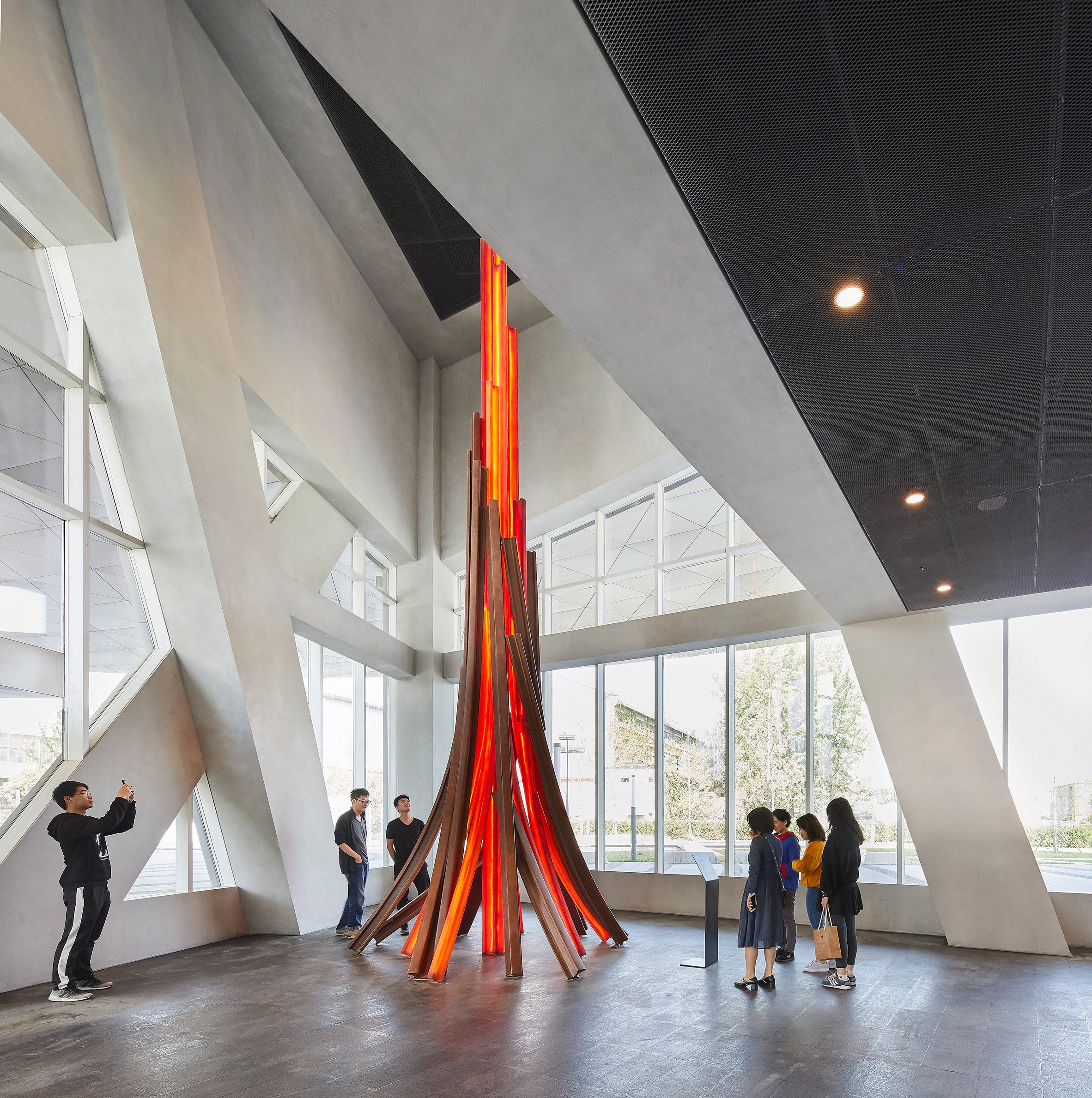 A latticed opening at the apex of the structure creates an impressive viewing platform that looks out across the skyline from either side.

The landscaped plaza surrounding the building also extends underneath the main arcing volume, providing a shaded space for outdoor gatherings or activities. 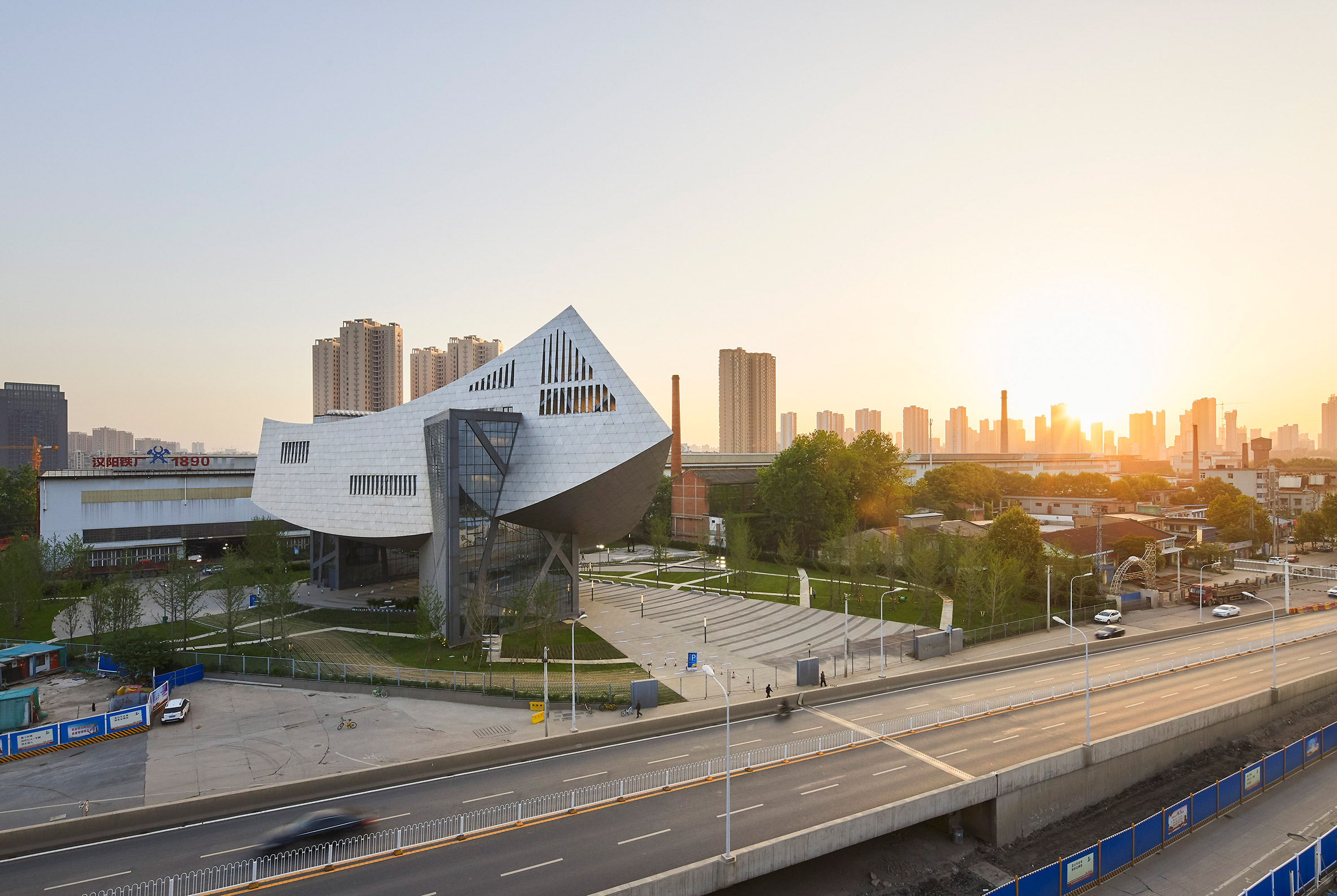 The plaza’s hardscape surface combines local stone with materials salvaged from the site demolition to create a sequence of radiating lines and rings. This pattern evokes a compass and incorporates markers pointing to China’s major cities.

Cultural projects form a significant part of Studio Libeskind’s output, with previous examples including Canada’s first Holocaust monument and a dramatic pointed extension to the Dresden Museum of Military History.