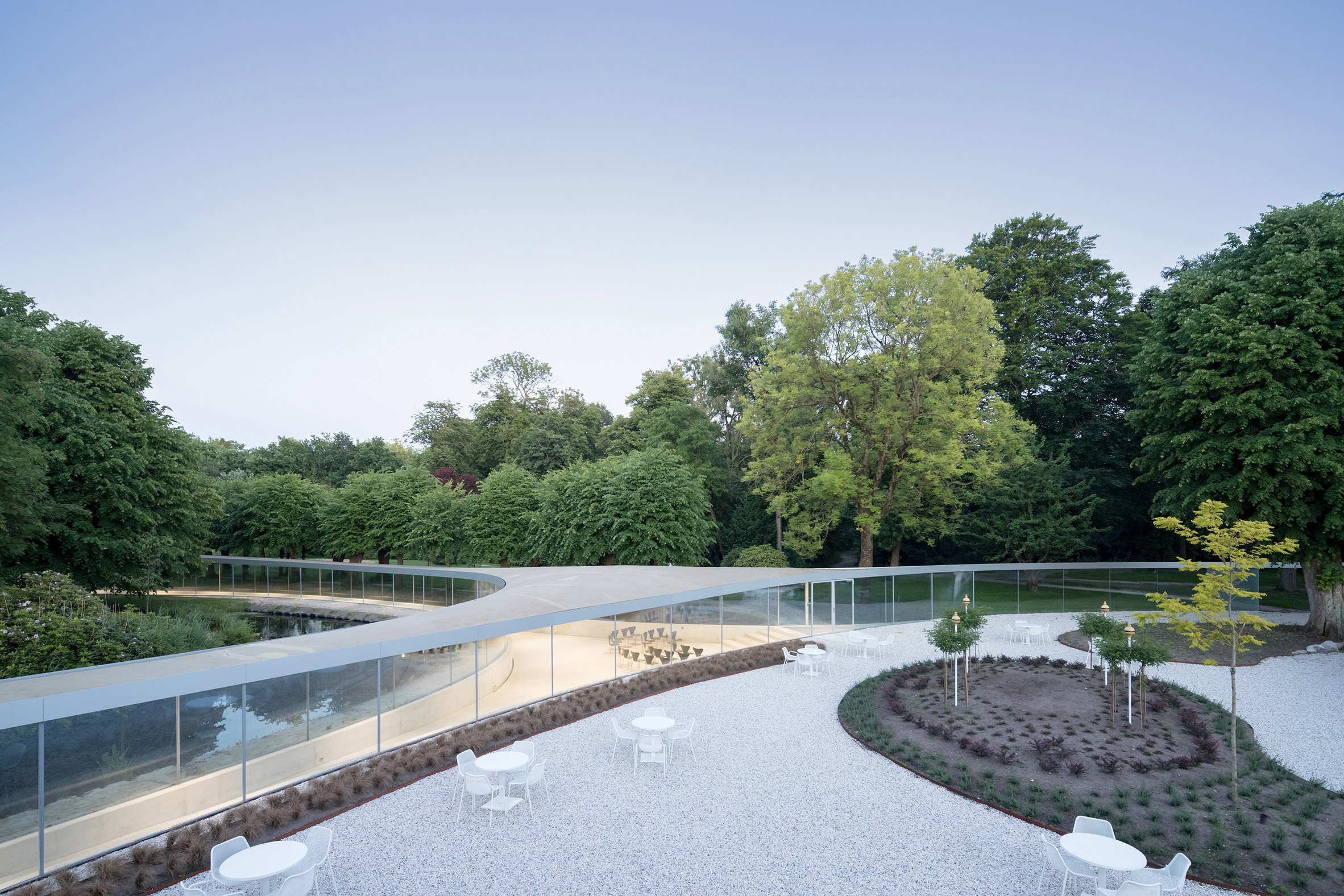 Recently refurbished, Park Vijversburg has been open to the public since 1892. Throughout the year, the park hosts events such as art exhibitions, musical performances, church services and excursions.

To accommodate the increasing number of visitors, the client asked for a new extension to the historical villa to be used as a meeting and exhibition space.

Designed by Marieke Kums of Rotterdam practice Studio Maks and Tokyo-based architect Junya Ishigami, the triangular centre is positioned one metre below ground level to reduce its impact on the parkland and to provide visitors with another perspective on the landscape. 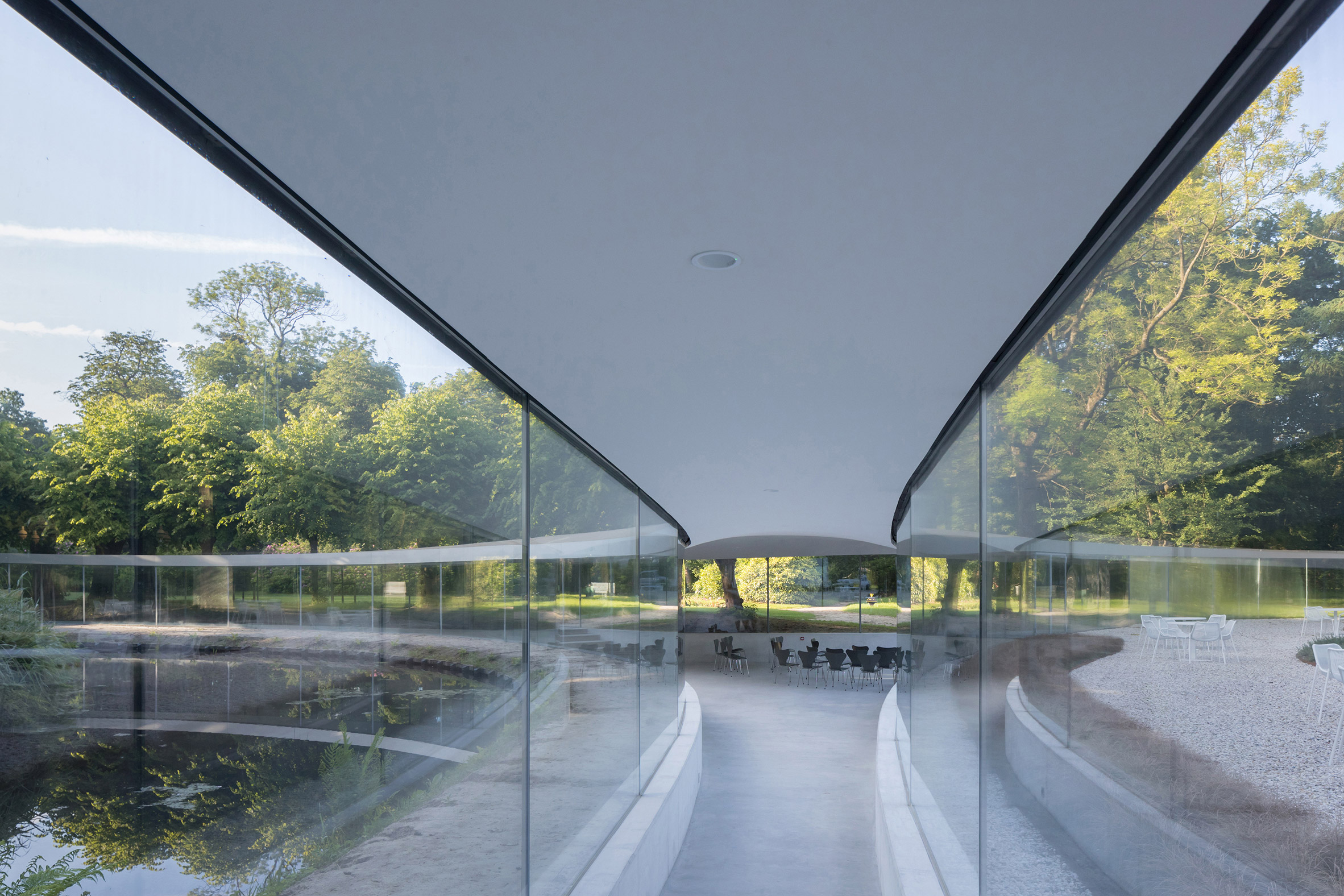 “The triangular shape helps to avoid using transverse walls while maintaining a free span of fifteen metres,” explained the architects, who won the competition to design the new visitor centre back in 2011.

Each sloping corridor stretches out and gently upwards from the centre and outside into the park, providing views out across a different part of the landscape – a pond, a line of trees and the villa garden. 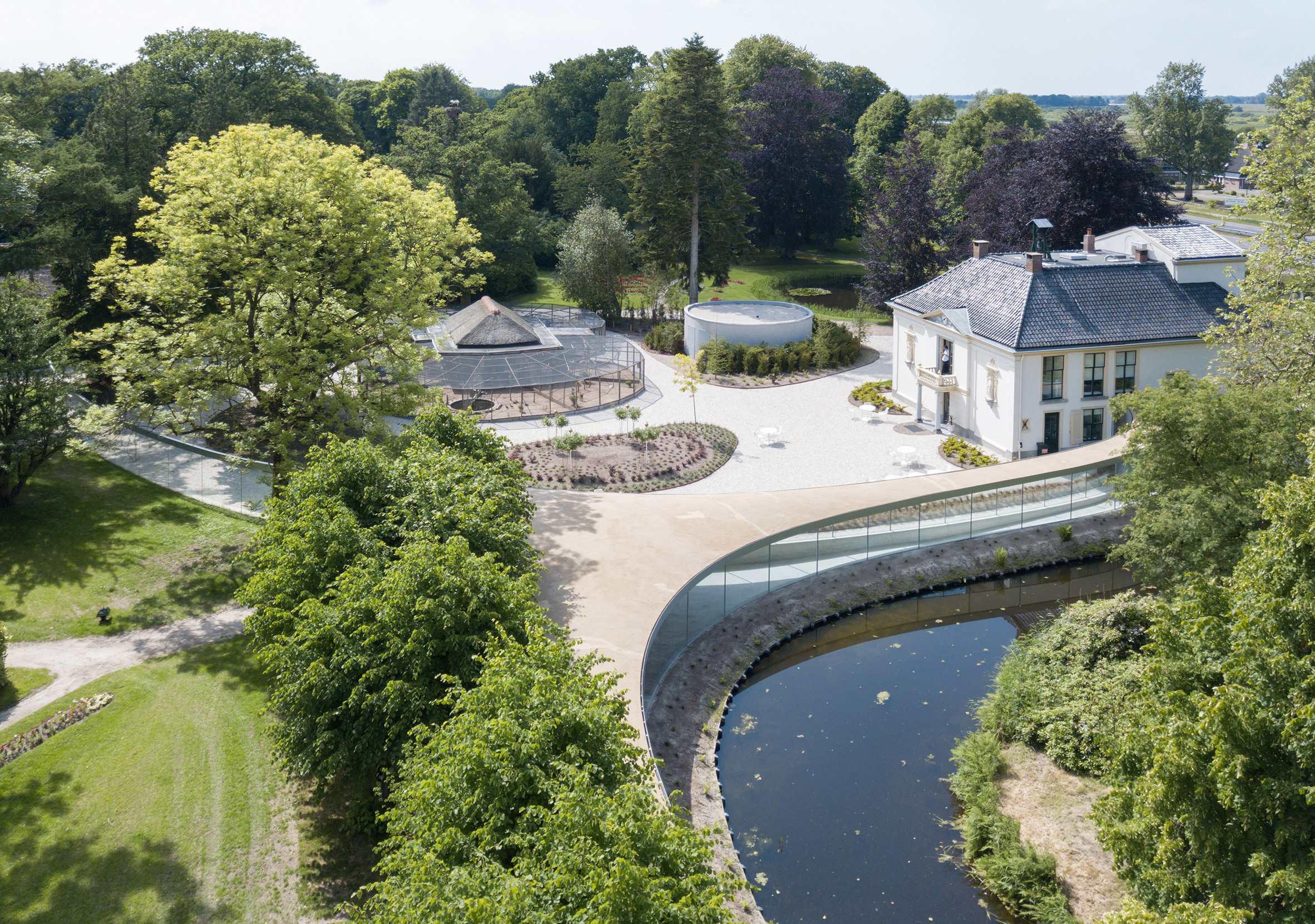 The curved glazing, developed in collaboration with ABT and Jun Sato structural engineers, is free of structural elements such as columns and walls in order to create unobstructed views. Instead, the insulated glass walls themselves carry the roof, creating a floating effect.

“We wanted to make a most subtle intervention,” said Kums of the project. “Although the pavilion is an architectural project, it was designed and imagined as part of the landscape.” 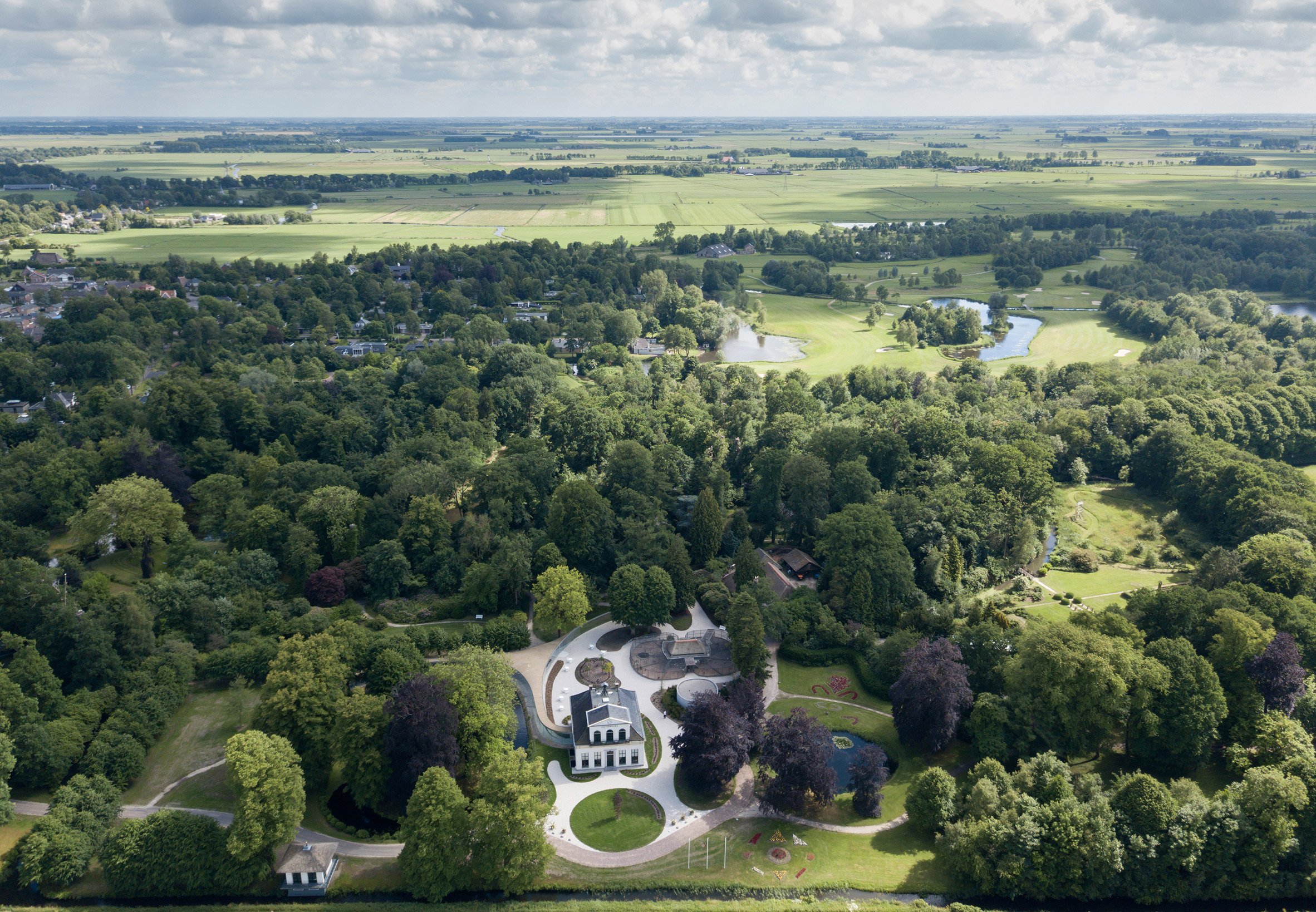 Kums has also renovated the park’s monumental neoclassical villa, designed the surrounding landscape and co-designed a park building and open-air stage with Ishigami. 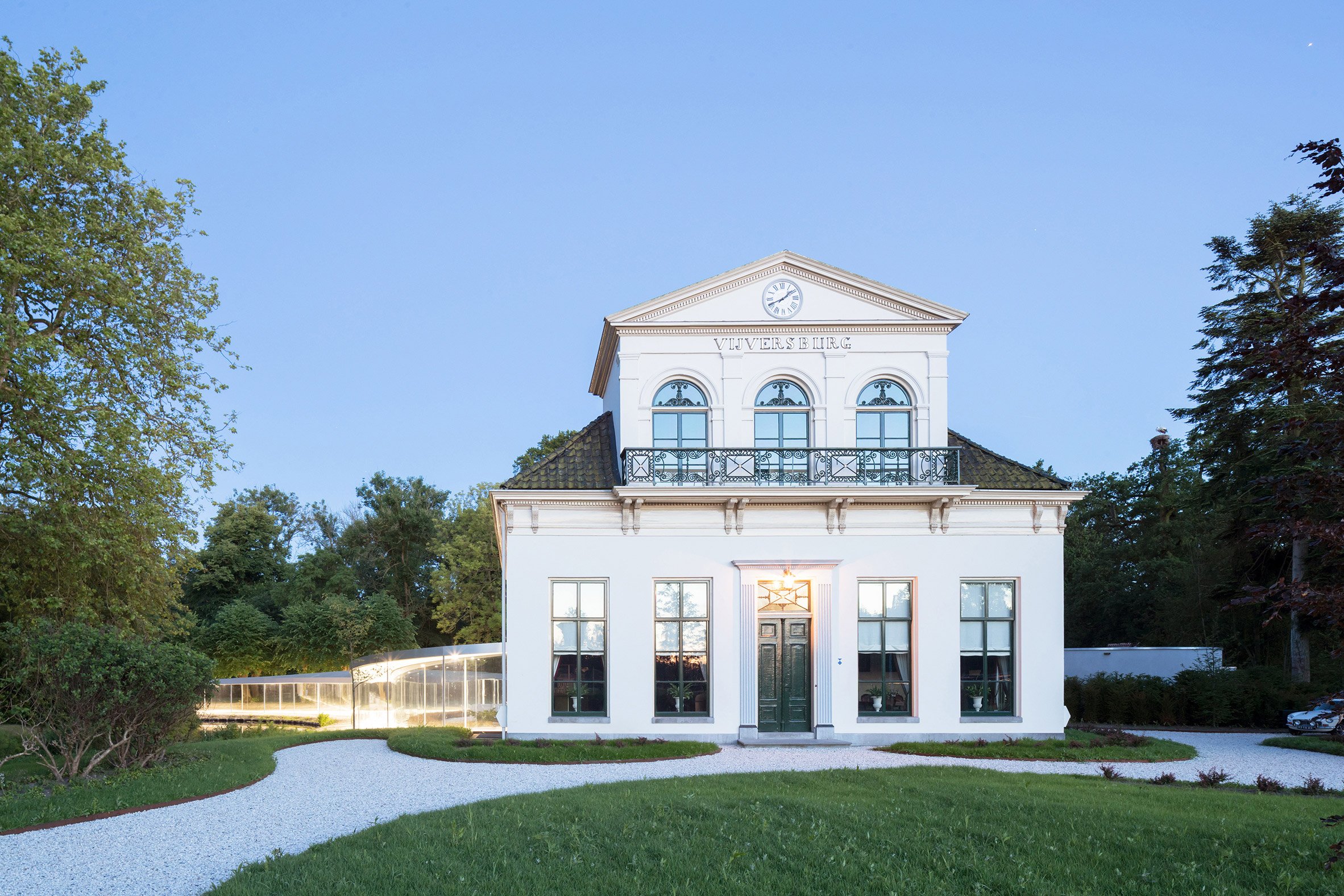 Other visitor centres unveiled this year include the Wadden Sea Centre by Dorte Mandrup Arkitekter, which pairs thatch with blackened wood to integrate the building with its mud-flat setting, and oxidised-steel extension to the Henry Moore Studios and Garden in Hertfordshire by Hugh Broughton Architects. 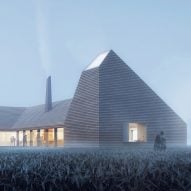