studio velocity has complete house on the hedge, a residential project for a married couple and three children in the aichi prefecture in japan. the design project, which is situated on an irregular plot due to the proximity of narrow roads running diagonally, took into consideration the preexisting hedges found on site and on the surrounding properties in order to relate the structure to this spatial composition. 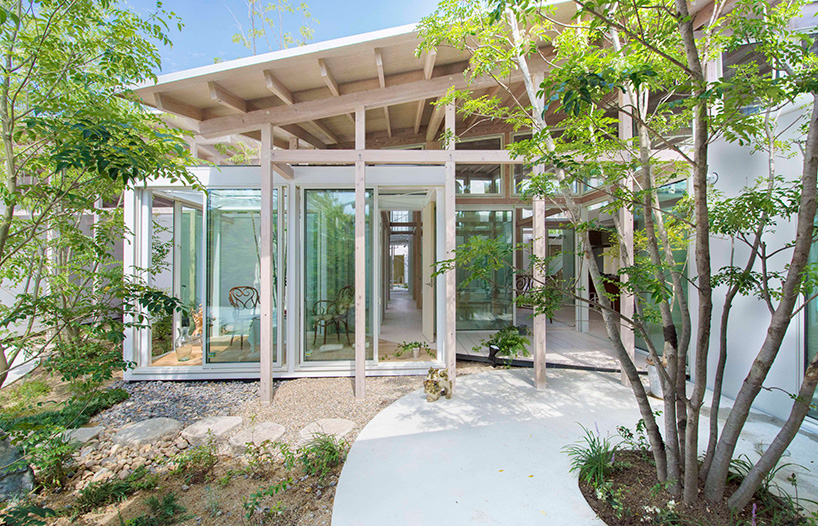 all images courtesy of studio velocity

because the hedges were already quite high, studio velocity went for a one-story structure. this way, the existing hedges allow for privacy, preventing visibility from the outside. thanks to this natural barrier, the materiality of the house was decided, having floor-to-ceiling glass doors and walls that create a connection with the exterior while allowing natural light in. 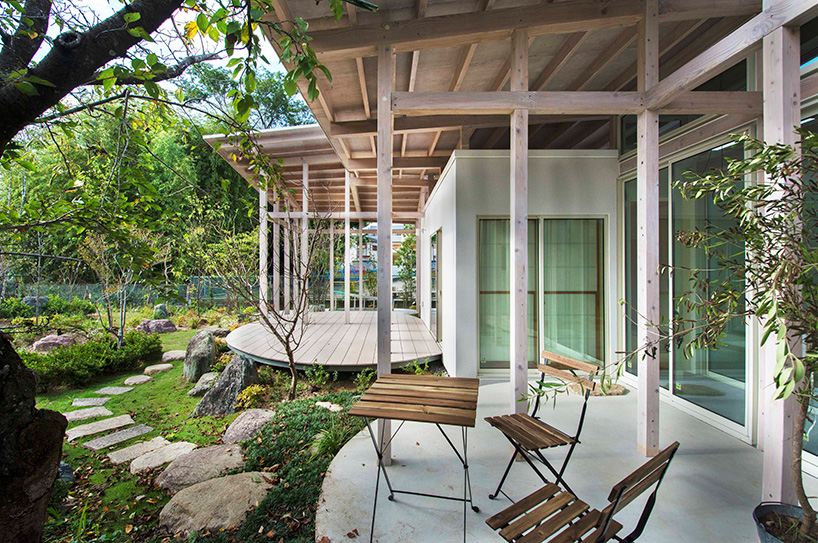 from the outside, the hedges and core walls ensure privacy on the inside while reducing the size of the building from the outside. inside, the layout is ample and scattered so that users can feel the various environments. public spaces, such as the living and dining room, music room, and home office space are placed at the center while the private rooms have been arranged around it. 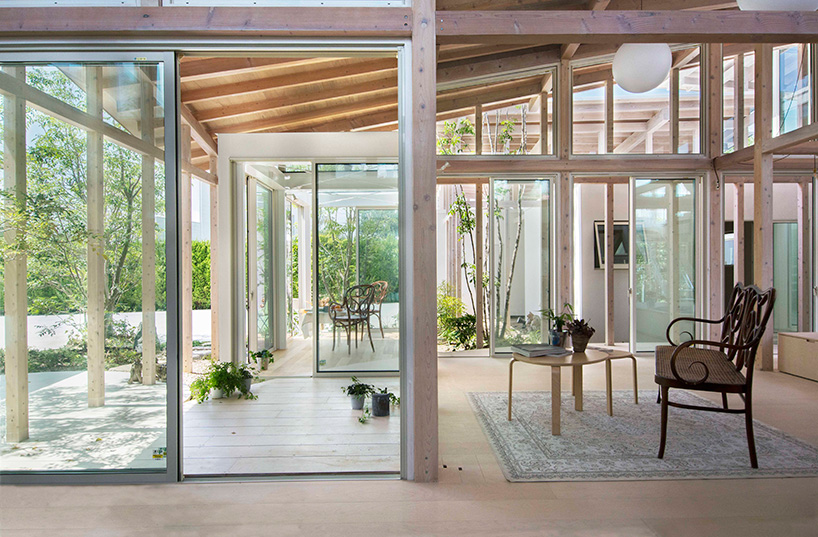 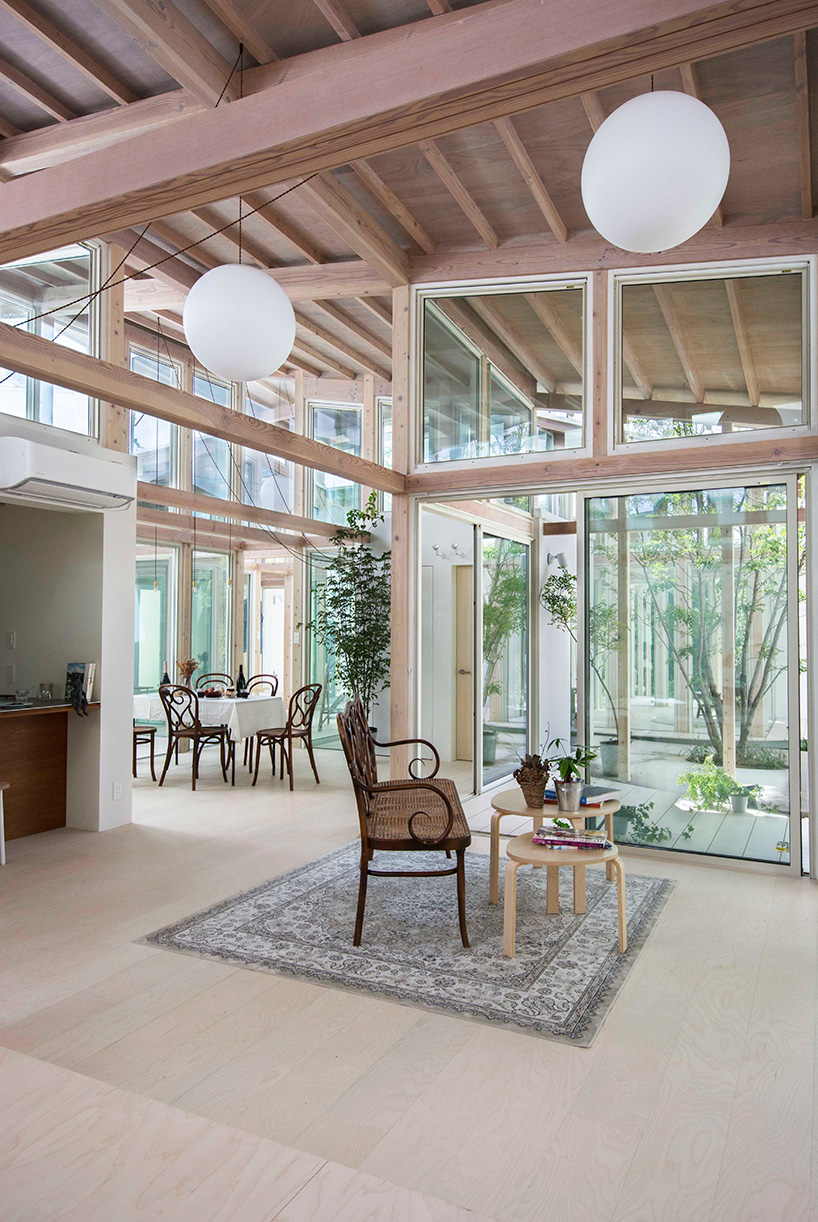 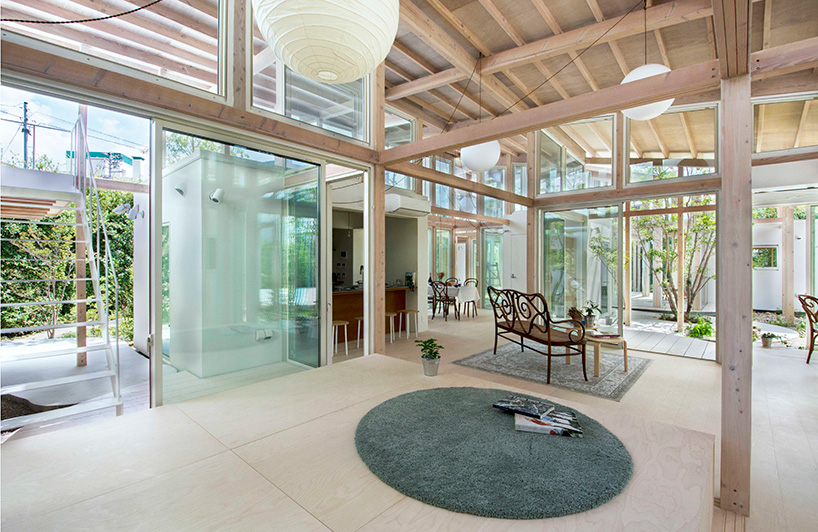 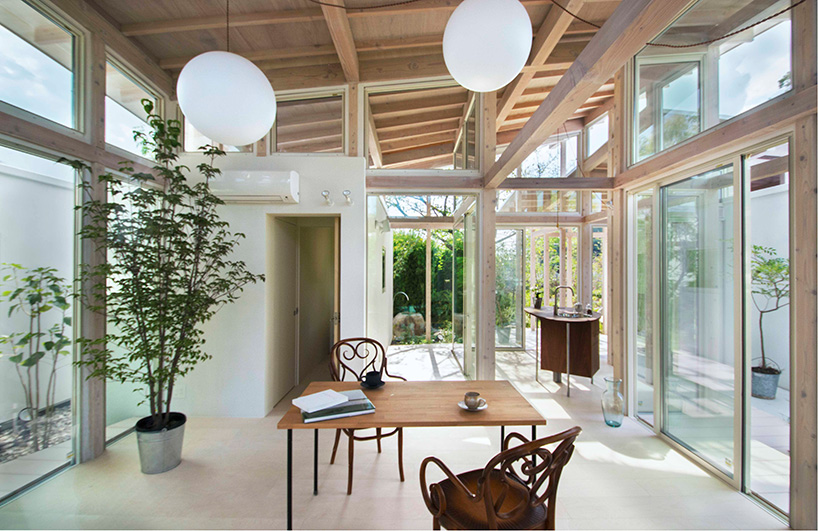 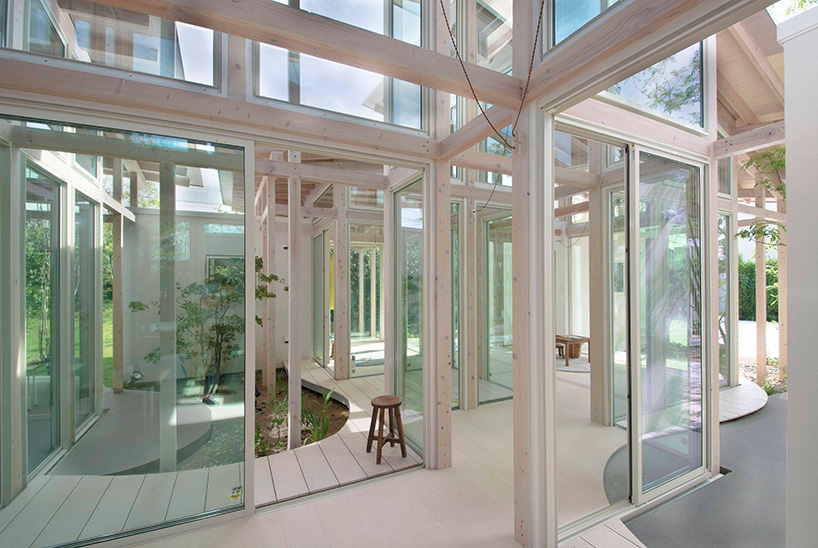 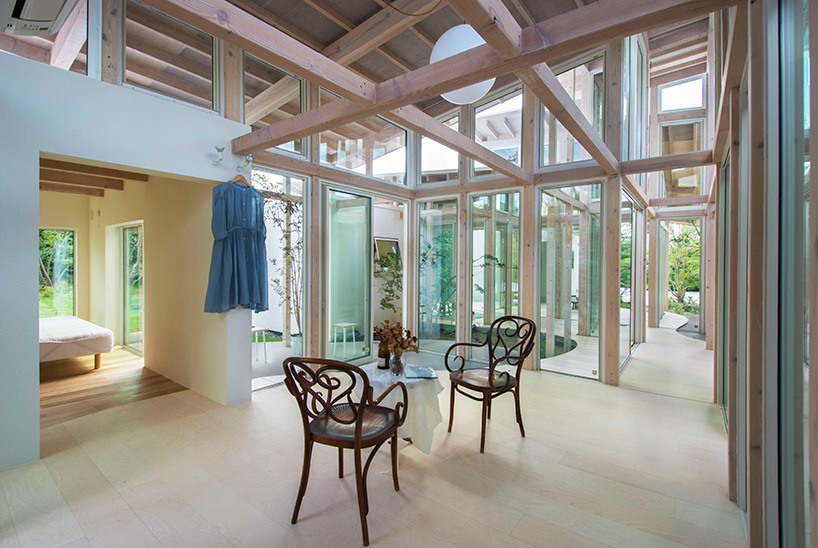 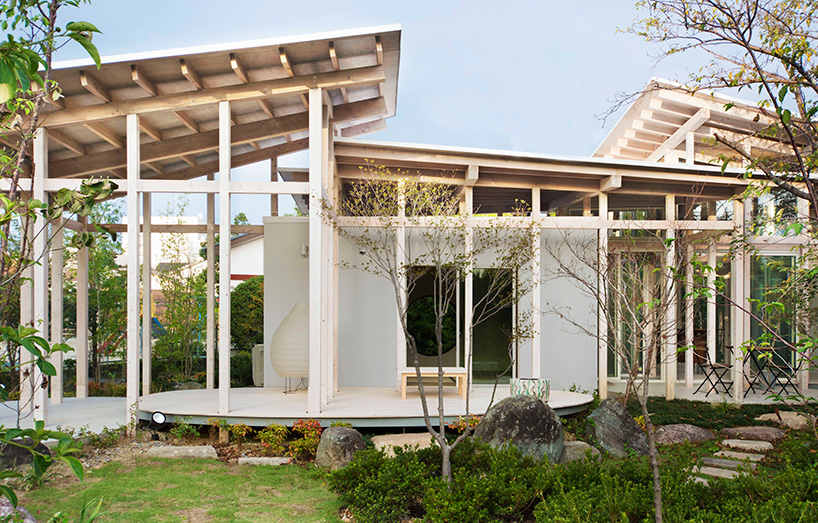 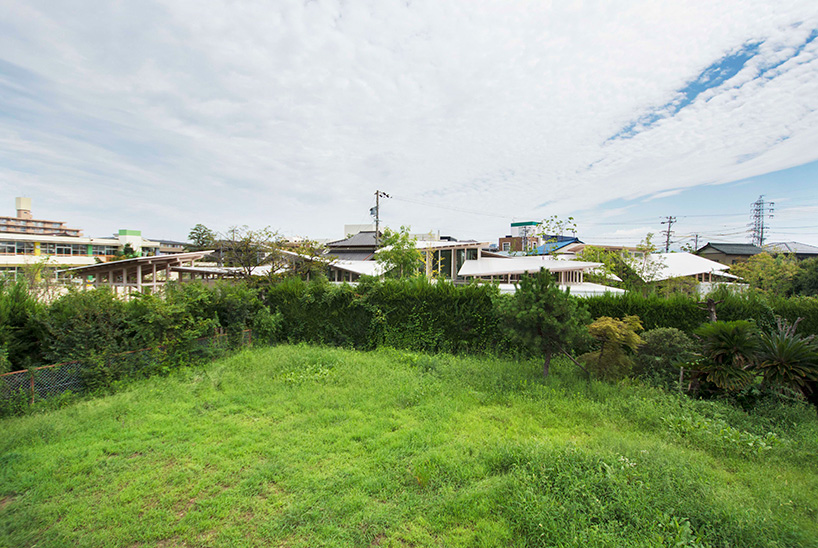 name: house on the hedge