The wood-lined interior of this high-end Japanese restaurant in London was designed by local practice Sybarite to evoke the feeling of a tranquil bamboo forest.

Located on the city’s River Thames, close to Strand, the 450-square-metre restaurant is the second outpost of Yen – a 17-year-old soba restaurant in Paris owned by Japanese fashion company Onward Holdings. 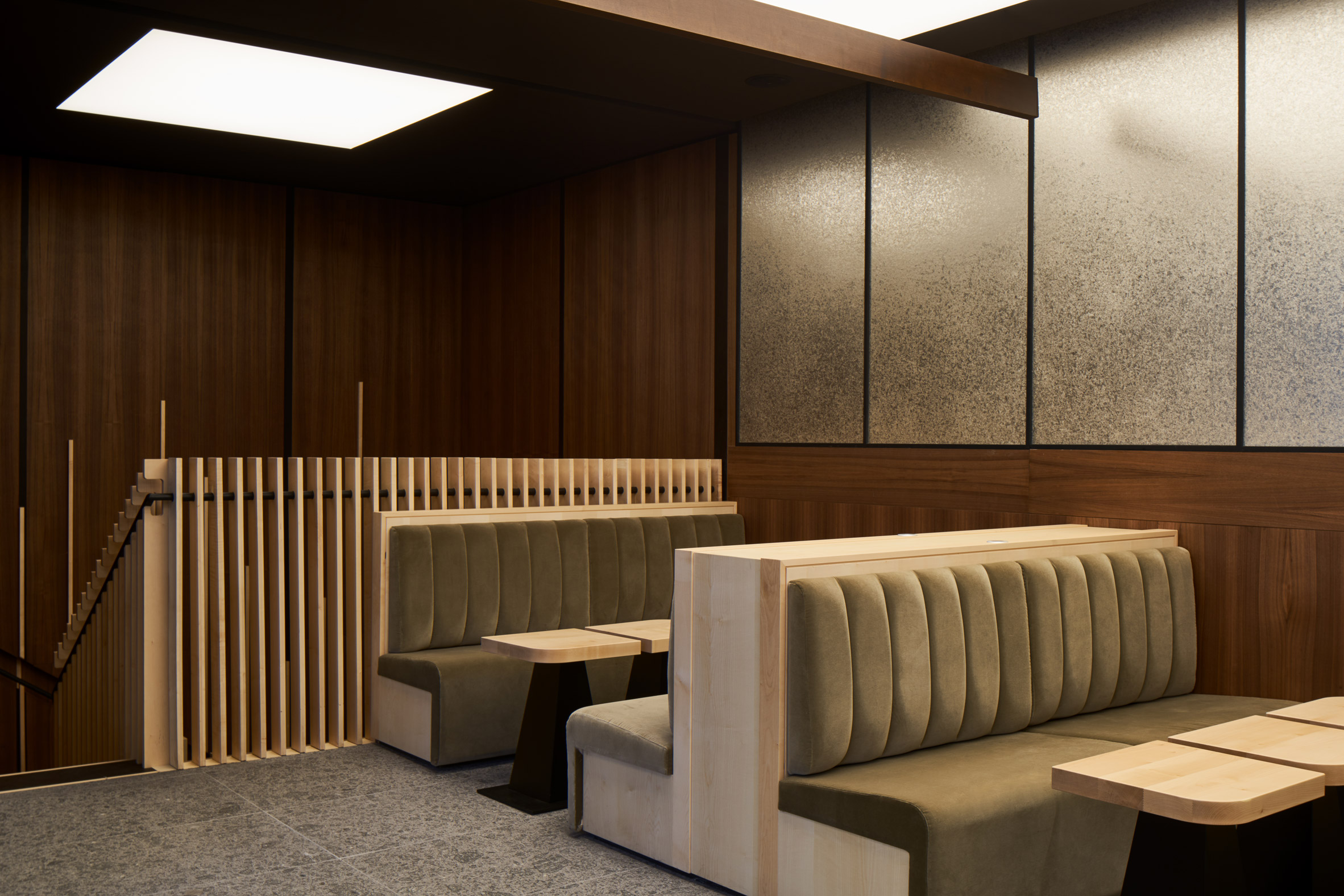 The design brief set by Onward Holdings, which also has Joseph and Jil Sander within its portfolio of brands, called for an interior that embraced Japanese materiality, design cues and construction techniques.

“We wanted to create a space that triggered an emotional response such as reflection, pause, calm, rest,” Sybarite co-founder Simon Mitchell told Dezeen.

“It is also important that the architecture of the space reflects and supports the food, the chef, and his team – together they create a theatre that we hope takes the customer to another place,” he continued. “Yen offers a little escapism with a nod to Japan in a contemporary way.” 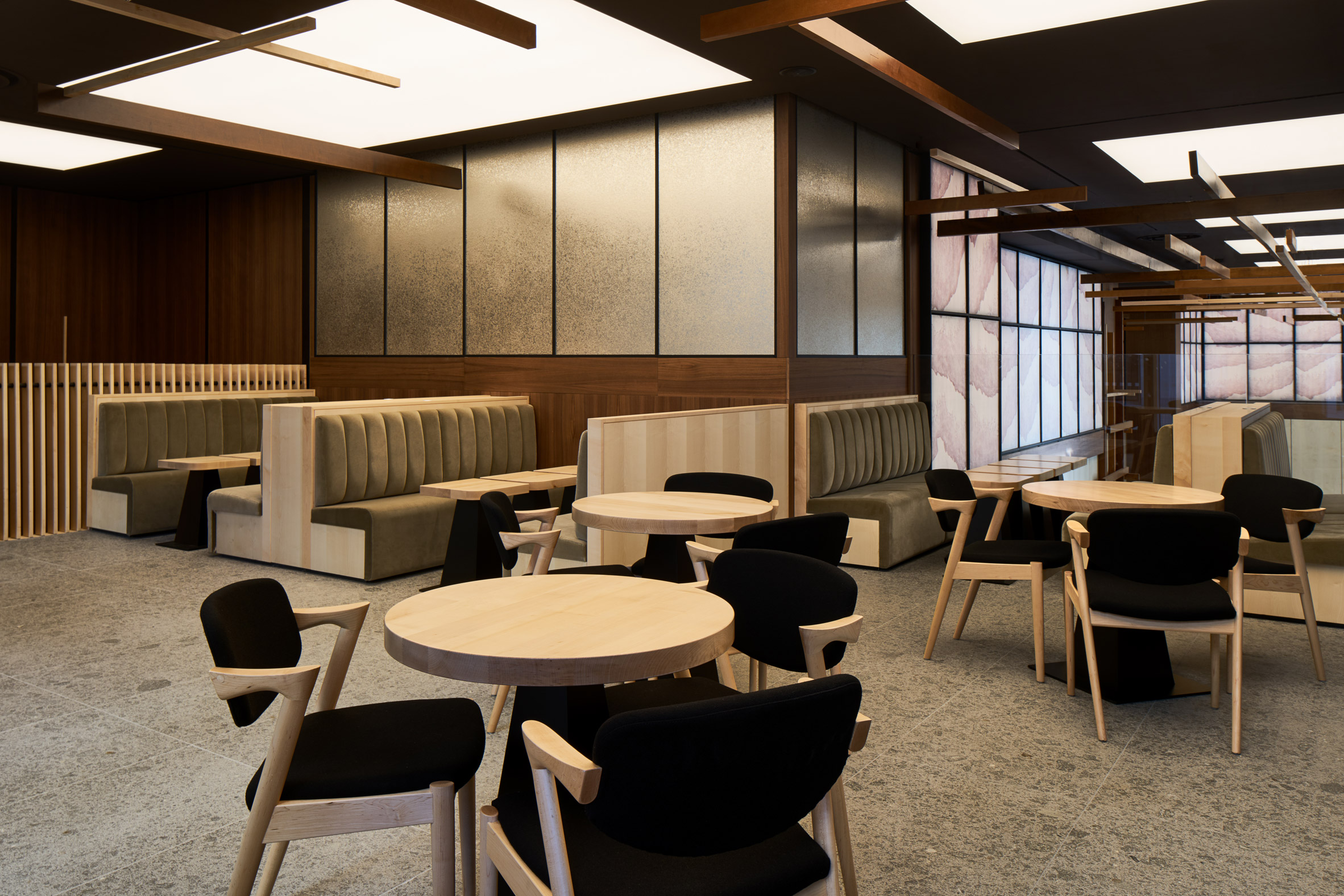 The design centres around a timber “treescape” structure made up of varying thicknesses and tones of maple wood planks arranged around columns and across the ceiling to mimic a tree canopy. 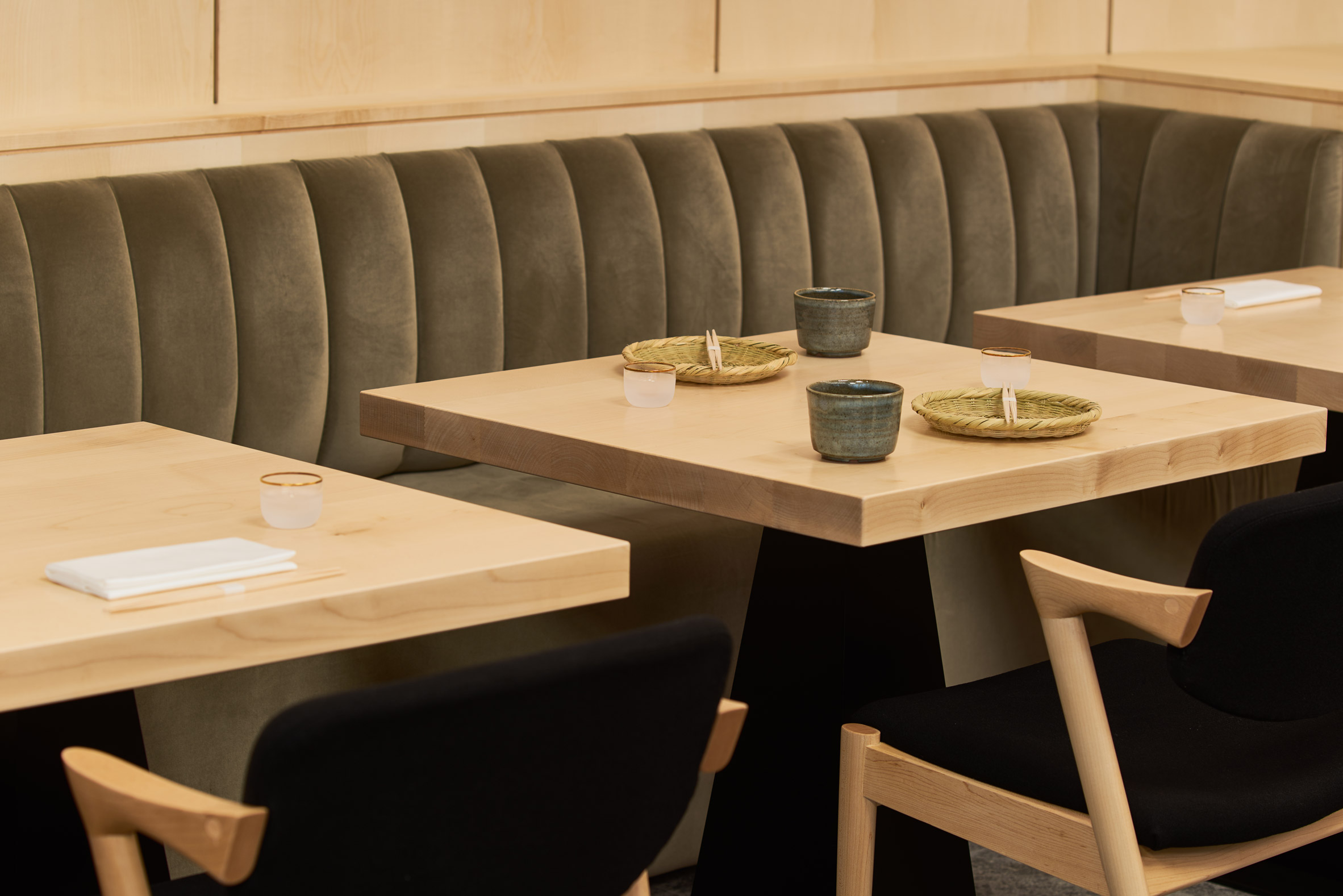 Upon arrival, guests enter the bar on the restaurant’s mezzanine level. Here, banquette seating overlooks the restaurant, which is arranged across an L-shaped double-height space below.

Also at the mezzanine level, perforated window screens made from maple are intended to provide privacy for customers, while still providing views into and out of the restaurant. 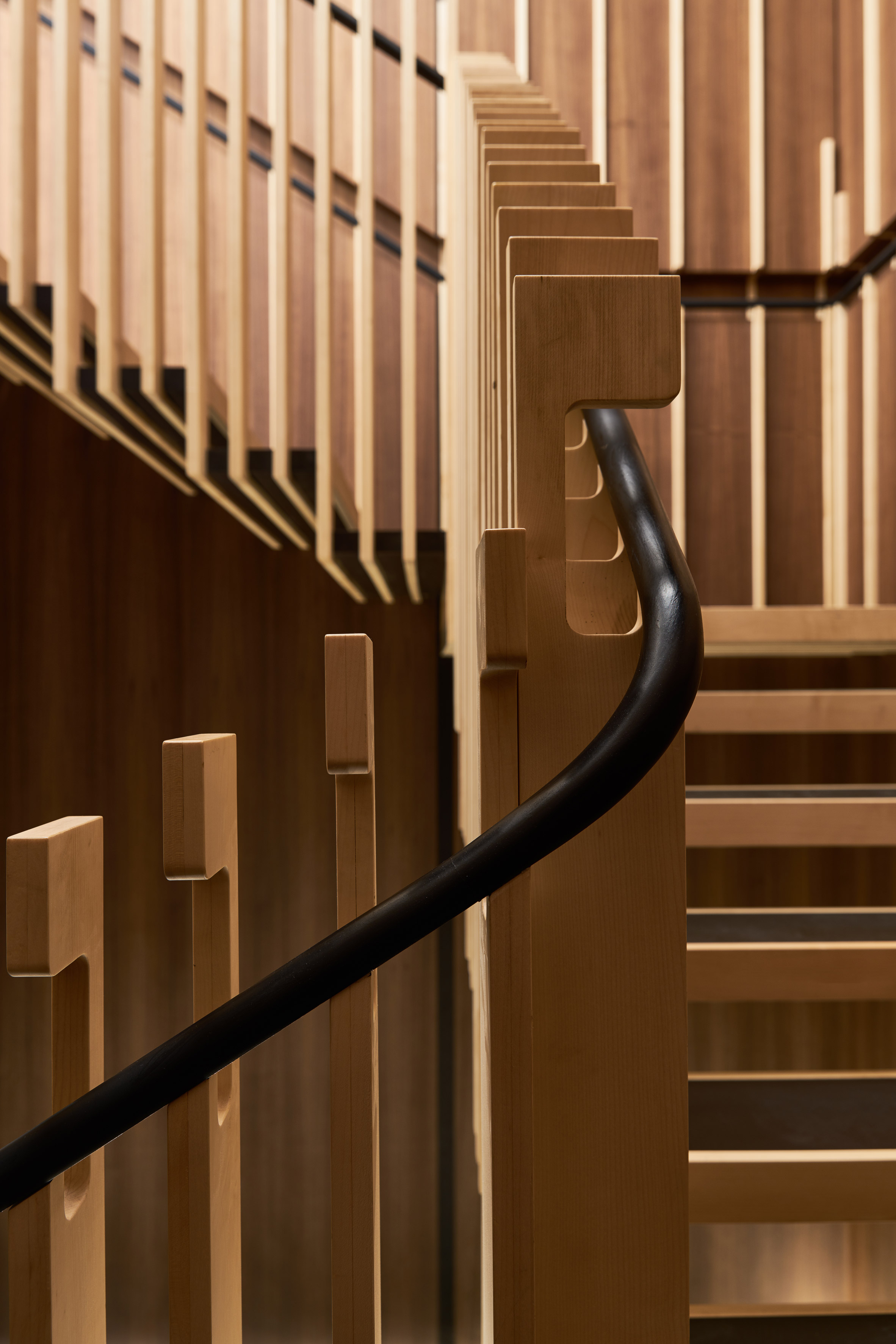 A floating timber staircase connects the entrance and bar to the main dining floor below.

Each timber section of the staircase, which is supported by a concealed steel structure, was carved from a single block of maple timber. 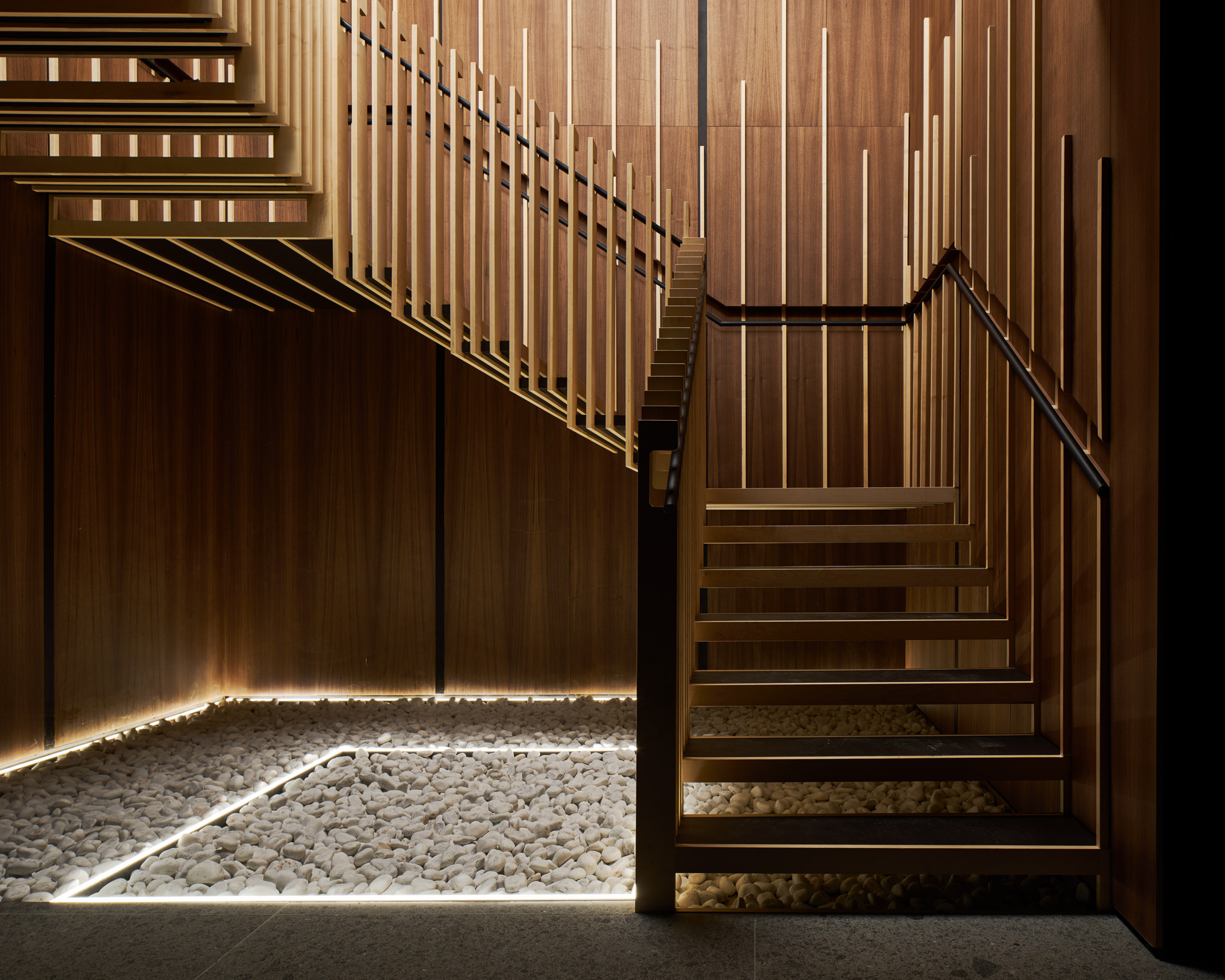 “We wanted to create a sense of transfer between spaces, and this is achieved with the staircase,” Mitchell explained to Dezeen. “It takes you from the bar to the restaurant – it sets a tone of thought and builds expectation.” 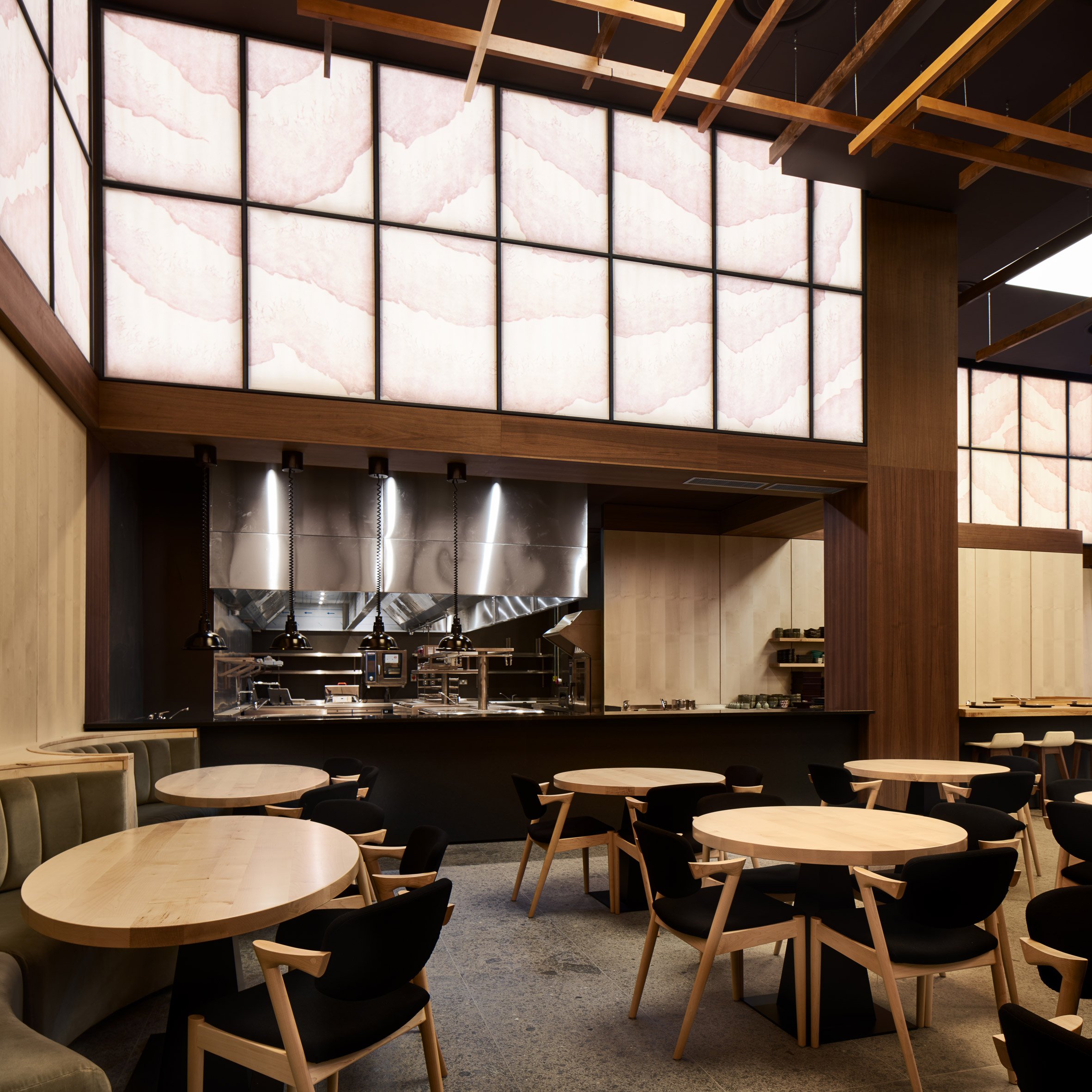 A sushi counter made from yellow cedar, which is traditionally used in Japan to build everything from housing structures to shoji screens, heads up the main restaurant space.

Meanwhile, an 18-seat private dining space slotted below the mezzanine level at the back of the restaurant features a Japanese-inspired goutenjou ceiling made from paper and backlit by ambient lighting. 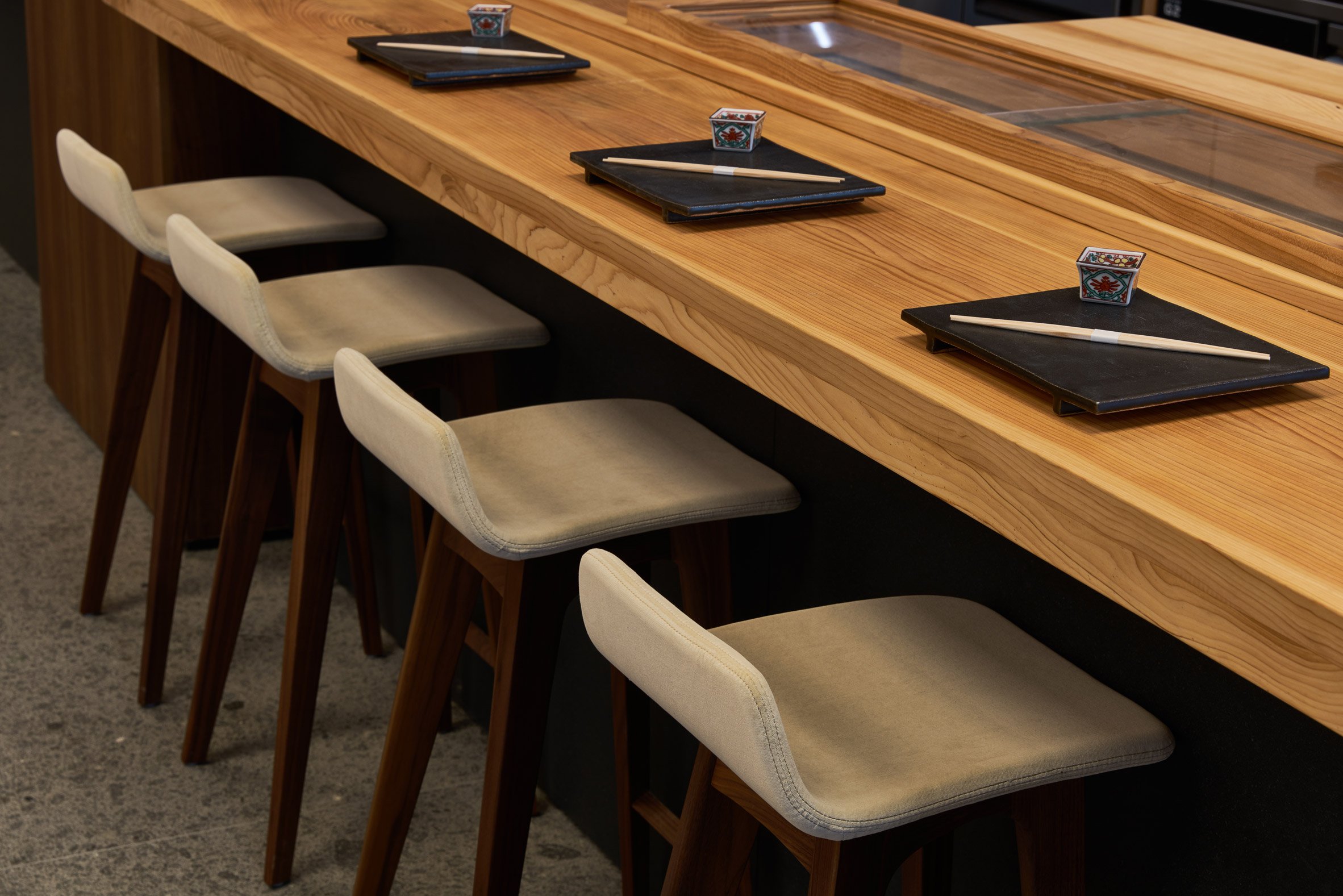 Also in the private dining space, a floor made from Bolon‘s woven vinyl flooring with black runner trims is designed as a modern and hardwearing take on traditional Japanese tatami matting.

Metallic hand-painted wallpaper with a leafy texture is used in both the private room and mezzanine spaces. 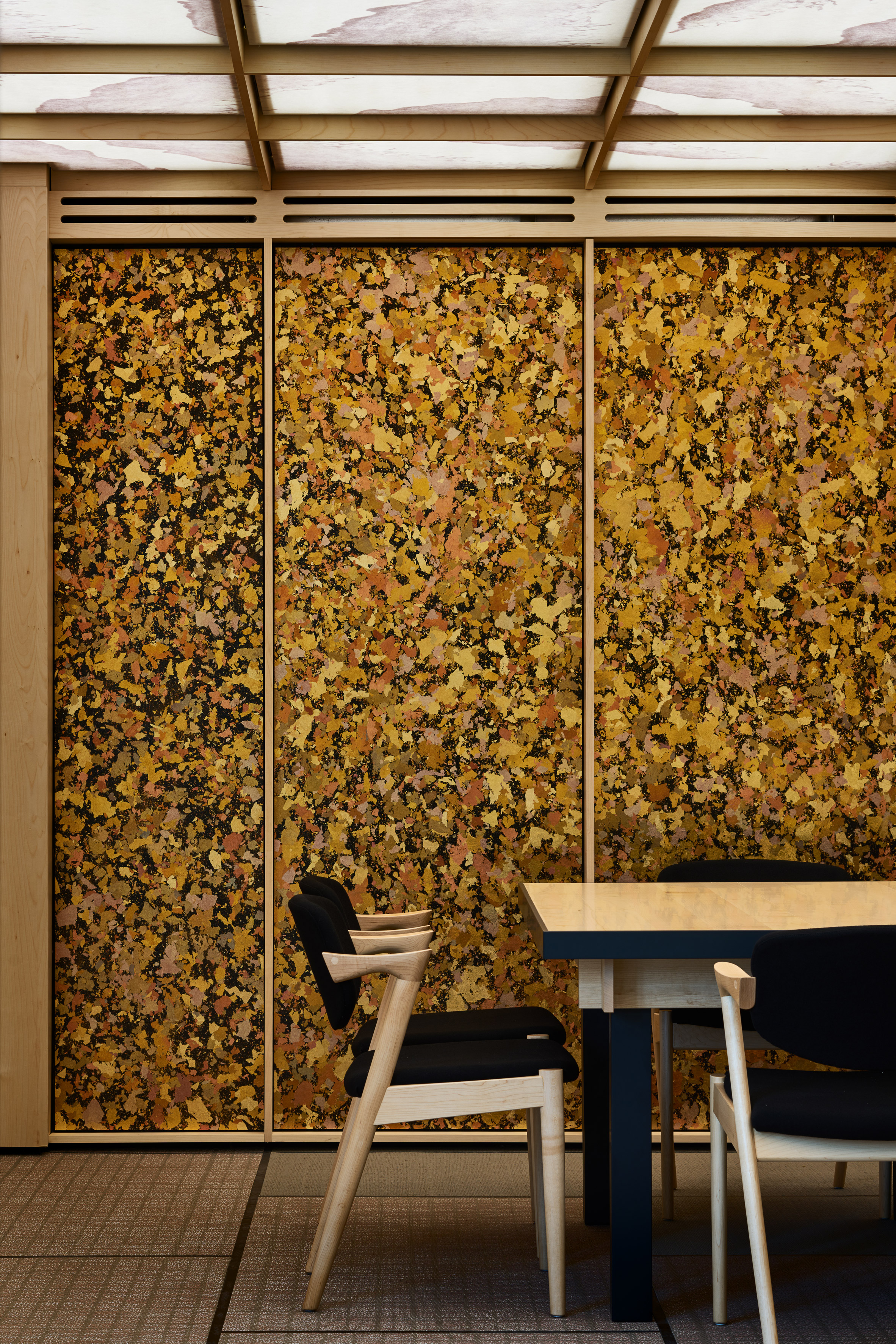 Sybarite was founded in 2002. The practice has since completed a number of retail and hospitality interiors, including a boutique in India with a modular system of hourglass-shaped shelves, and the Milanese outpost for fashion house Alberta Ferretti. 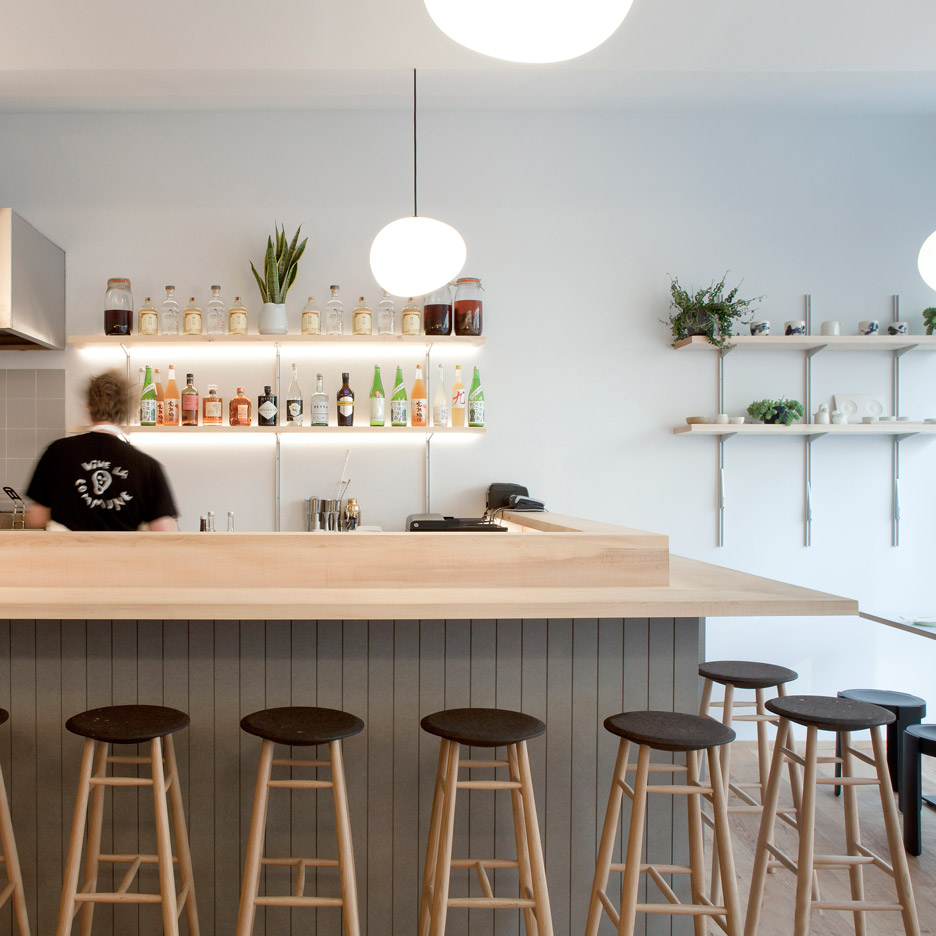