A dry cleaners on Manhattan’s Upper West Side has been converted into a store for cosmetics brand Aesop, for which Tacklebox Architecture has created display shelves with profiles of upside-down clothes hangers. 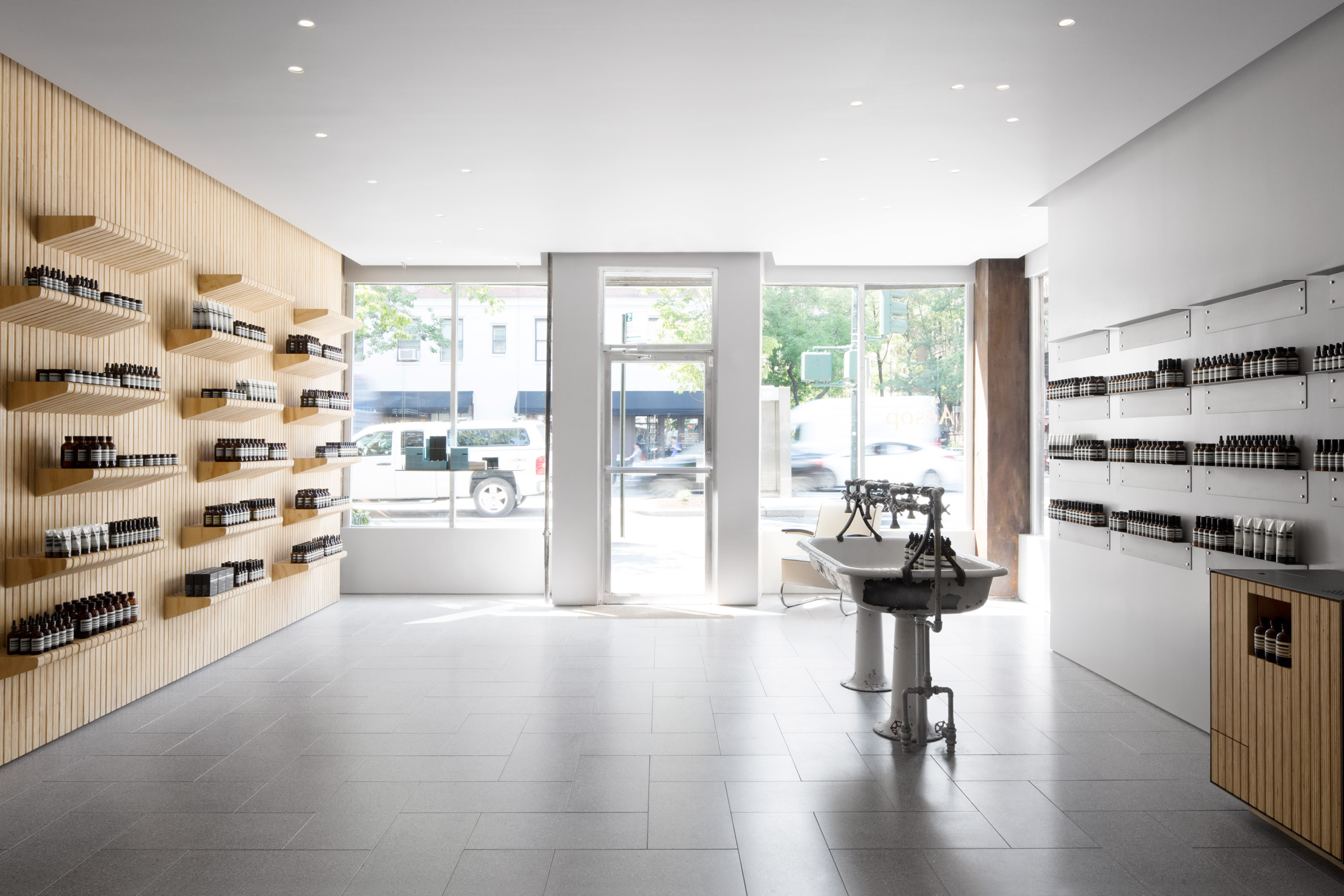 New York studio Tacklebox Architecture designed the shop on Columbus Avenue with Aesop after the owners of the family-run business decided to hand over the space.

“Having made the choice to retire, Anel’s owners hand-picked Aesop to reimagine their space,” said Tacklebox founder Jeremy Barbour, who has now worked with the brand on six stores across the US. 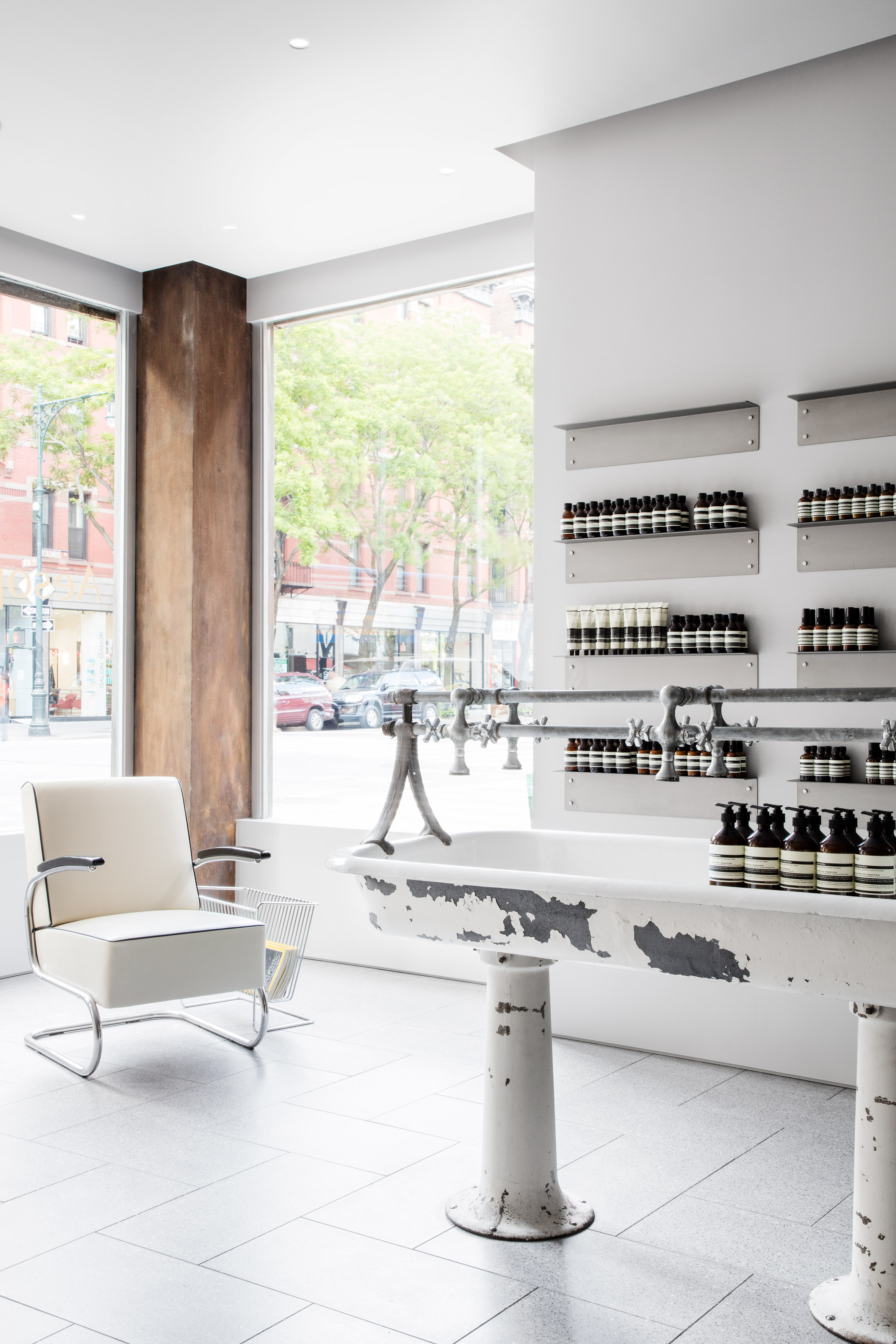 The facade and signage of the local landmark was preserved, while the interior of the 700-square-foot (65-square-metre) shop was overhauled to create a minimal aesthetic.

Two of the walls are lined with vertical strips of milled pine plywood, oriented so the layers are visible. 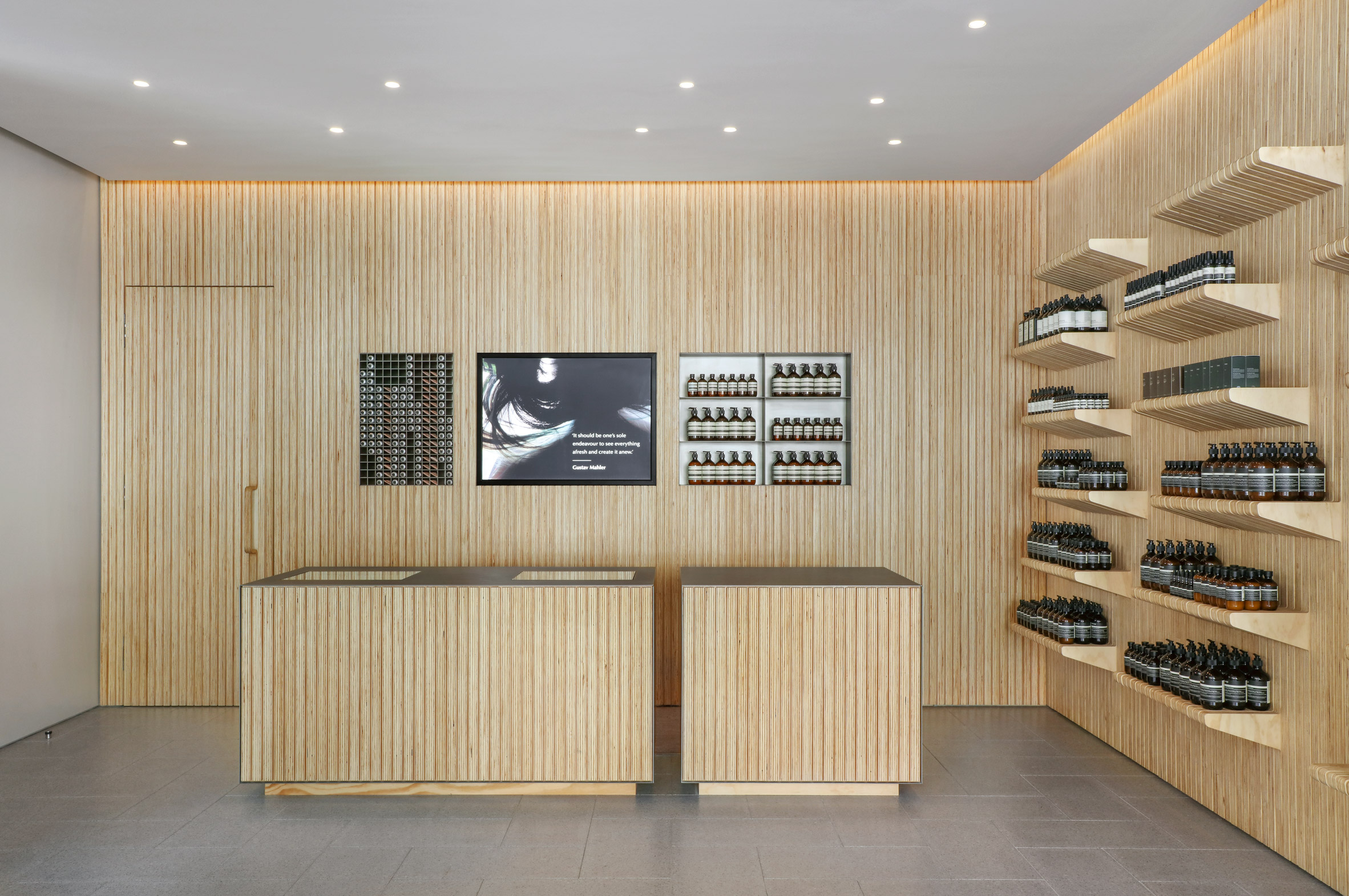 Shelves for displaying Aesop’s distinctively branded products that protrude from the wooden wall take the shape of upturned clothes hangers – “a subtle gesture referencing the former life of the building”.

The pine is also used to clad the service counter at the back of the room and a small cabinet close by. 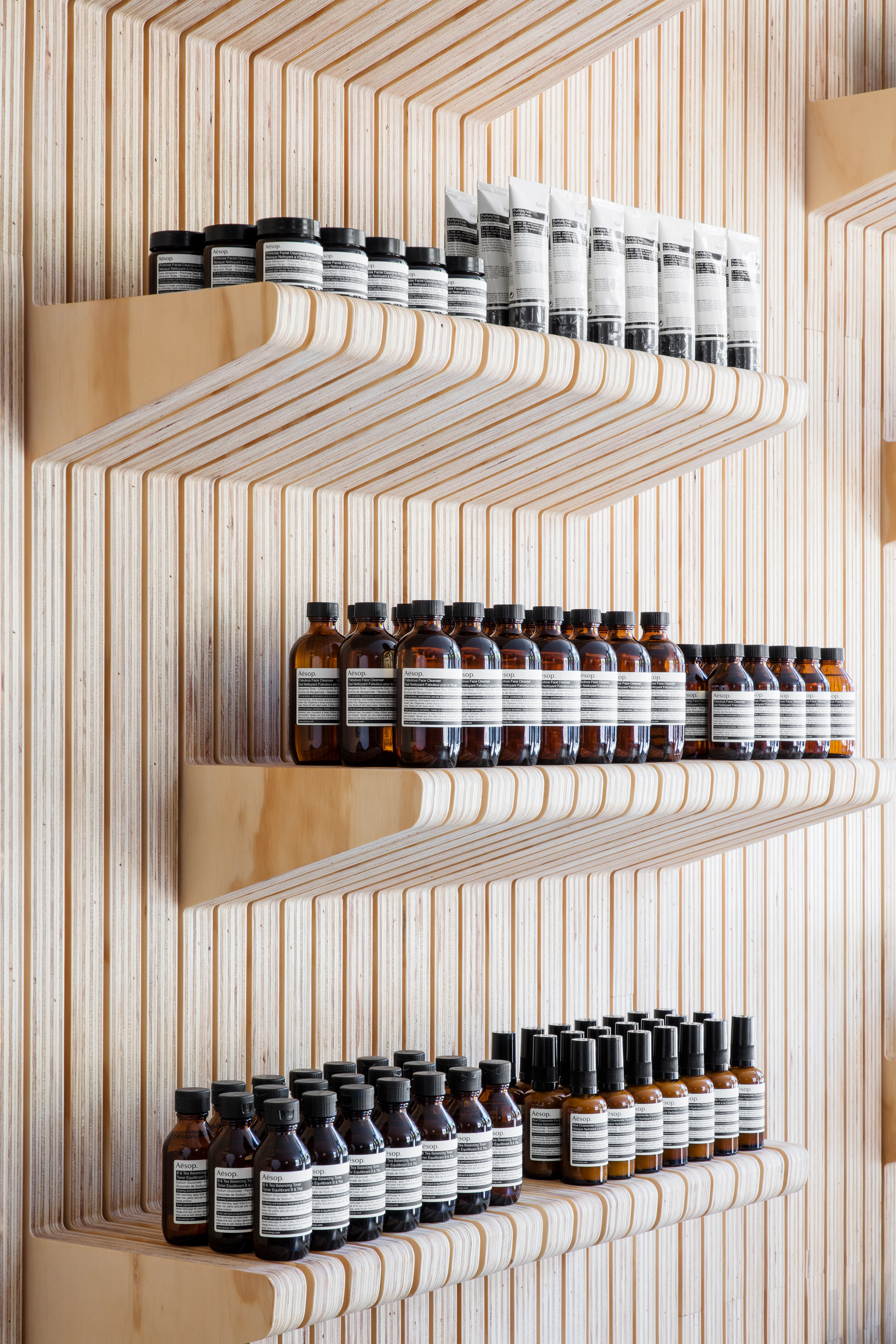 Other surfaces are kept light, including pale grey terrazzo tiles that cover the floor, and the white-painted walls and ceiling.

As with most Aesop stores, a sink for testing the skin and hair products forms a prominent feature in the store.

In this case, a freestanding vintage basin with oversized taps and pipes was chosen. 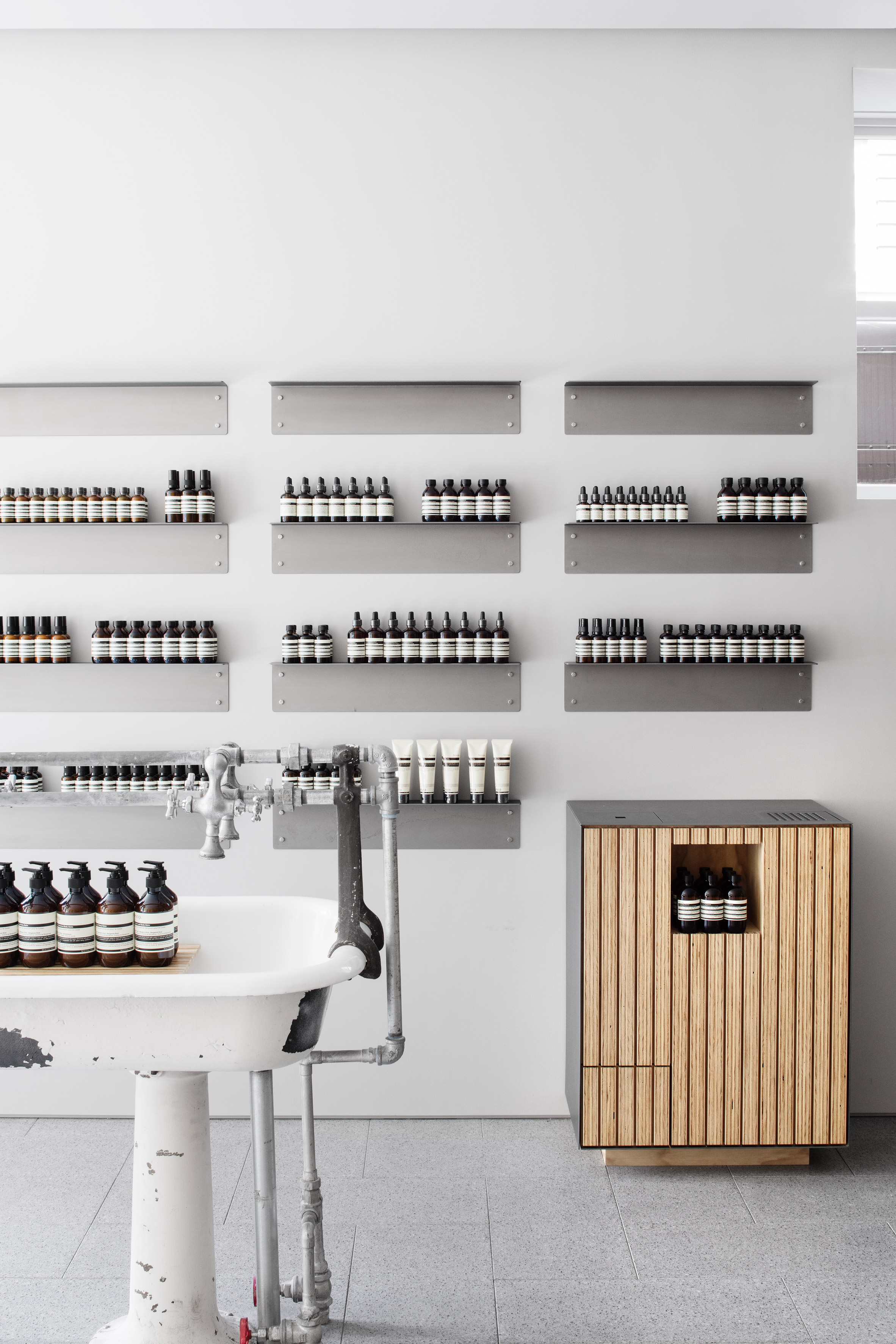 “Nodding to trusted communal establishments such as the barbershop, salon and laundry, Aesop Upper West Side safeguards the residential tradition of interstitial sites where public meets private,” said Barbour.

“Extending the legacy of Anel, it offers a fresh space for the ritual of personal maintenance, restoration and renewal.” 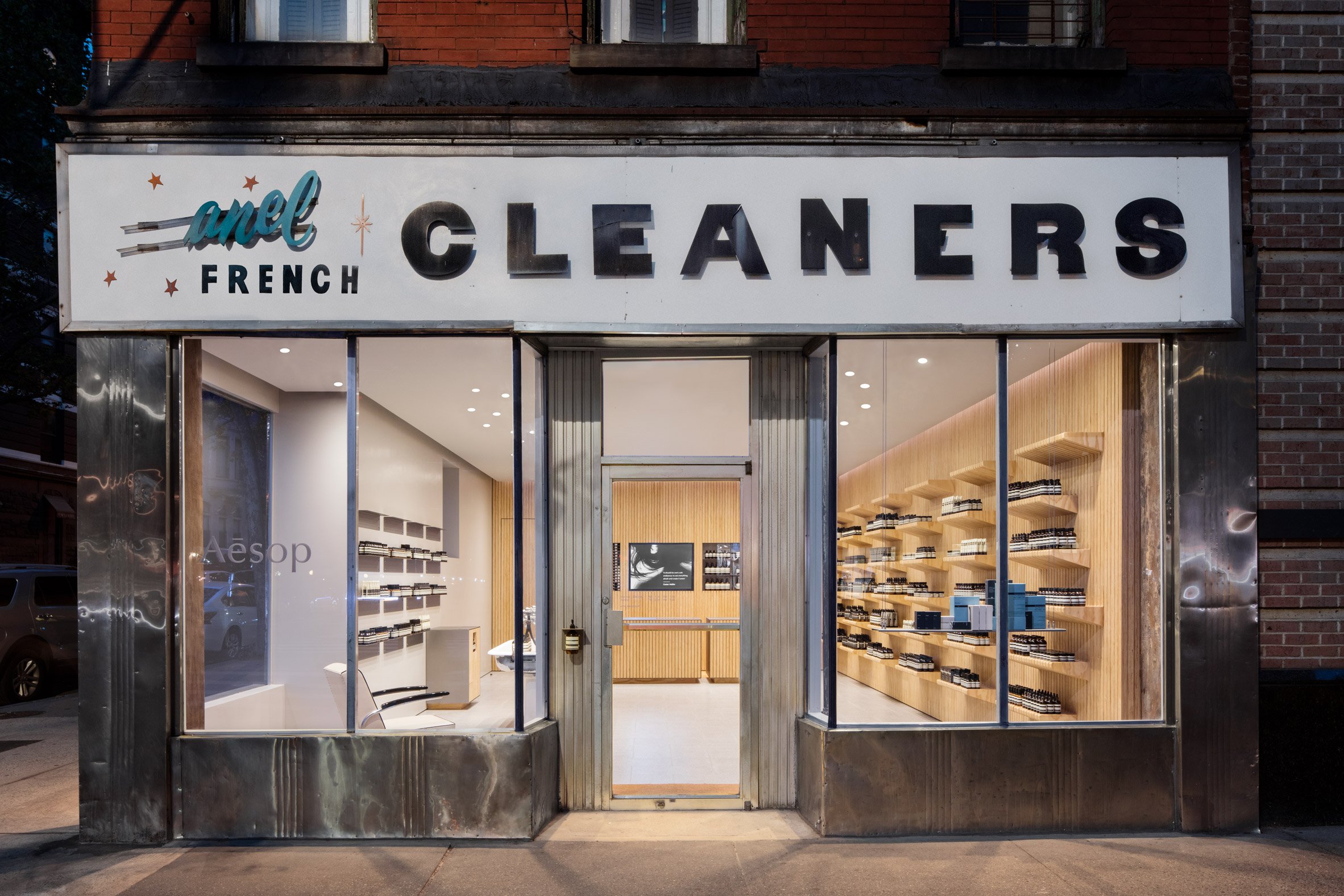 Tacklebox’s other Aesop store designs include a converted San Francisco whiskey warehouse with copper accents, and a Washington DC shop lined with 30,000 sticks.

The brand endeavours to keep each of their retail outposts unique, and has worked with architects like Snøhetta, Frida Escobedo and Vincent Van Duysen on projects around the world. 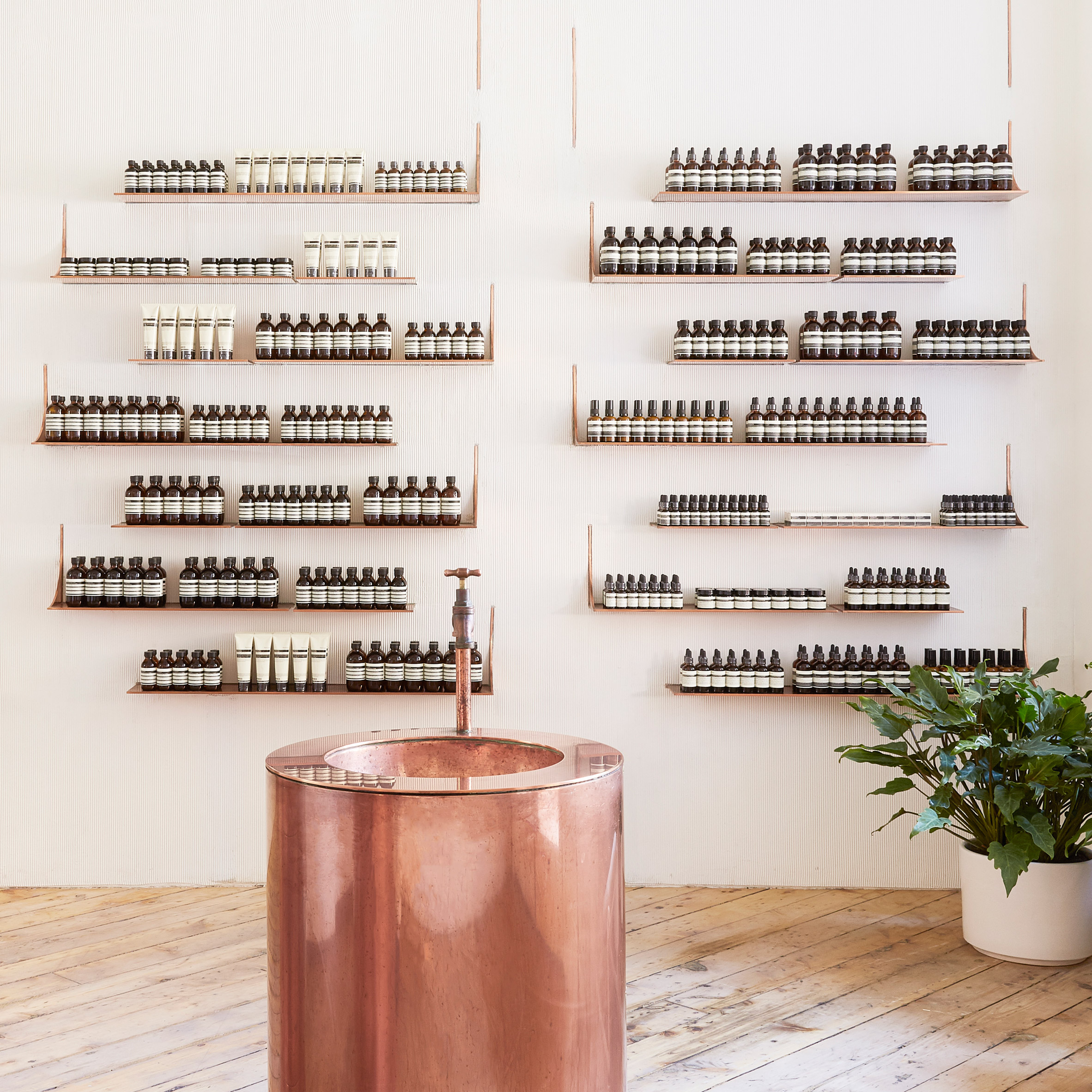