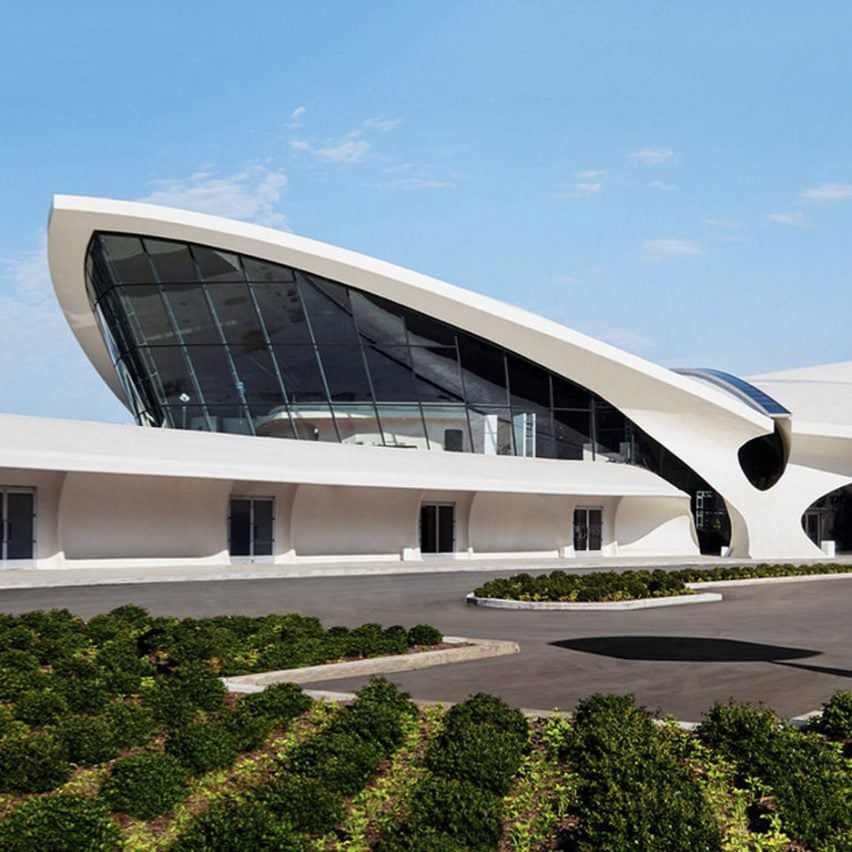 From Frank Sinatra’s house in Palm Springs to a cliffside home in Acapulco, here are 10 beautiful pieces of modernist architecture that non-profit USModernist is fighting to preserve.

USModernist director George Smart has picked 10 of his favourite examples of mid-century architecture across North and South America.

“Just like stock car racing or sushi, modernist architecture is not for everybody,” Smart told Dezeen.

“There are some people that just don’t like it, and that’s fine. The important thing is that, because there are so few of them, that we recognise that many of these houses are really sculptures that you can live in,” he explained.

“We wouldn’t take a piece of art and go tear it to pieces. Similarly, we want to try to keep these houses, which are like works of art, from being destroyed.”

Based in Raleigh-Durham, North Carolina, USModernist has been working since 2007 to document modernist homes and buildings across the continent. Its staff and community of modernism fans comb through the archives of notable modernist architects and track down their built works to photograph and document them.

USModernist also has a huge, free-to-access digital library of 20th-century architecture magazines. Educating the wider public about the importance of these buildings is central to USModernist’s goals.

“We want to avoid what I call the Priscilla Presley syndrome,” said Smart. “Priscilla, wife of Elvis, who took a perfectly wonderful John Lautner modernist house, and turned it into this Italianate villa, when what she should have done is just gone out and bought an Italianate villa.”

Smart noticed a particular uptick in threats to modernist buildings in the 2000s, which prompted him to found USModernist. Now the organisation has documented upwards of 8,000 buildings.

“Modernist architecture is very optimistic. It tends to point us towards a future that’s going to be better and happier,” Smart says on the appeal of the style.

“Most people who don’t like modernist houses have never spent the night in one, they just don’t get the vibe that is brought about by designing a house differently,” he explained.

“I think people who know and love these houses and buy them just adore the feeling that their house gives them.” 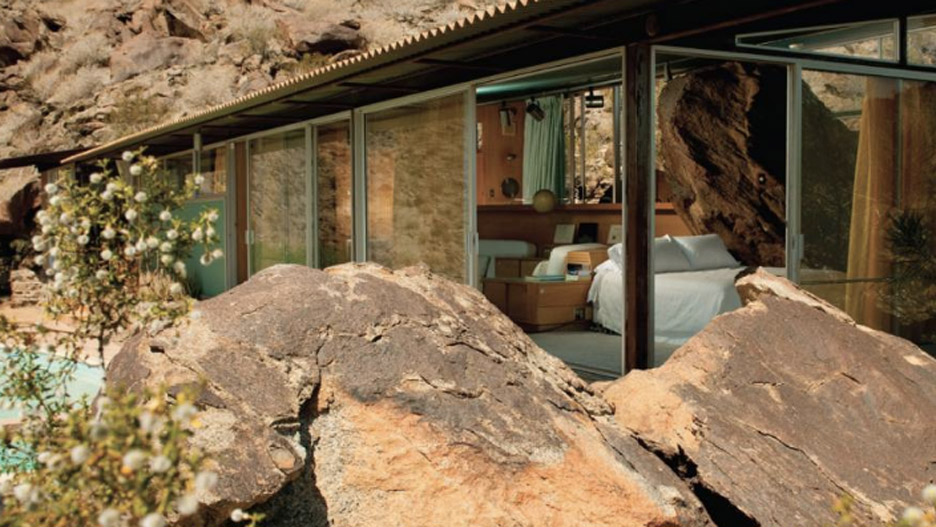 “This last, final home of Albert Frey is the perfect small weekend getaway with one of the best views in California (above and top). It is also an incredibly efficient use of space and was built around a giant rock, which sits in the living room.

“On a more reverent note, there are people, including myself and the architecture curators at the Palm Springs Art Museum, who consider this 1964 house to be the high temple of desert architecture, as it is the epitome of a building integrated into the earth around it.” 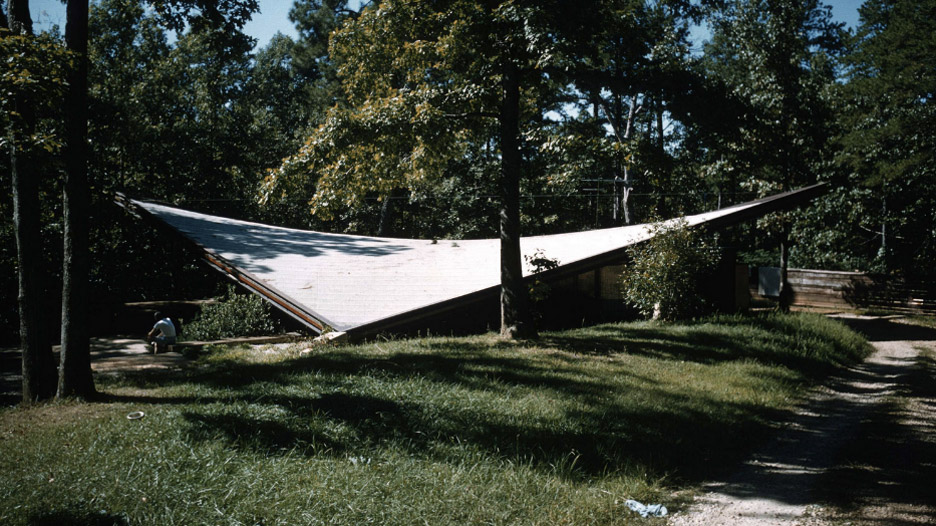 “Argentinian professor Eduardo Catalano created one of the first hyperbolic paraboloid residences in 1954, which instantly became an international sensation.

“The house was tragically destroyed in 2001 after years of neglect. This loss inspired the creation of what became USModernist. Bold, dramatic and fun to live in, it continues to amaze us, even 20 years after its demise.” 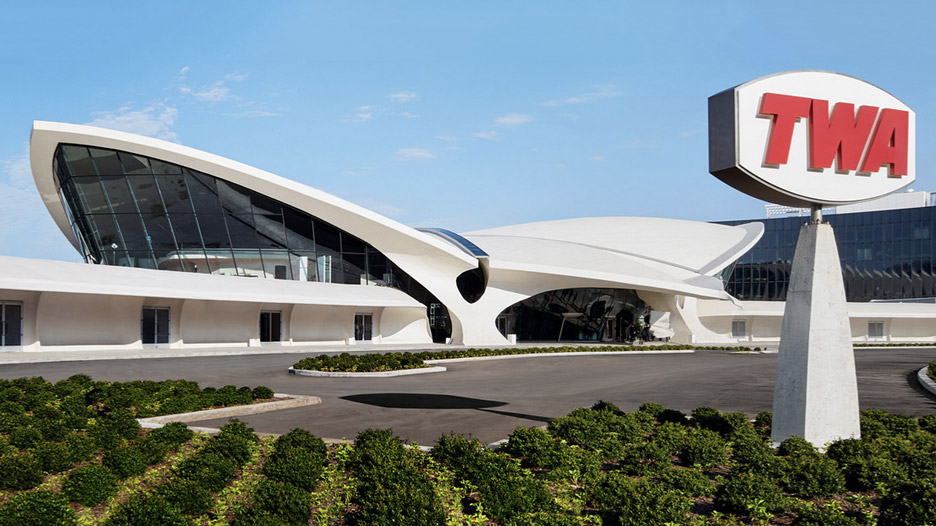 “The recent renovation, restoration and addition to Eero Saarinen‘s TWA Terminal at JFK Airport is one of America’s finest restoration projects. The Port Authority of New York and New Jersey get huge credit for not tearing the building down in the past 30 years.

“Instead, they kept it in mothballs until the right developer could come along. And the right developer did. The main terminal, plus the two new hotel wings, make for a perfect overnight stay – but the real secret is the 50,000-square-foot underground conference facility designed by Lubrano Ciaverra, which has barely been covered by the media. It’s the only major conference facility at the airport.” 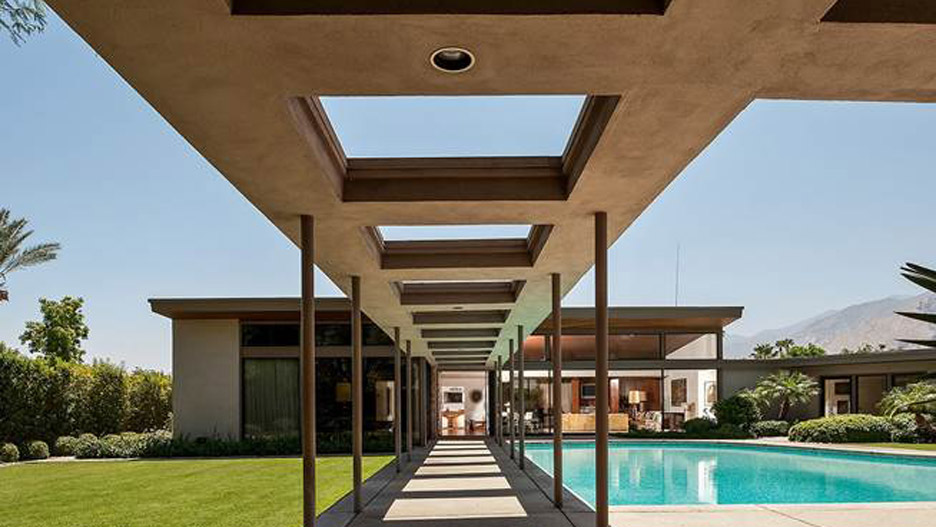 “In 1947 Frank Sinatra commissioned the first of a couple of Palm Springs houses, this one by E Stewart Williams. It put Williams on the map as an up-and-coming architect.

“It was famous for a rollicking fight that Frank had with his then-wife Ava Gardner; you can still see cracks in the bathroom from when she threw a bottle at him. Where most living rooms had a phonograph and radio console, this one has professional audio recording capability built-in.

“I think it’s an urban legend that the pool is shaped like a piano, it’s just a coincidence. The house is open for Modernism Week every year, for tours and parties (where you’ll find us); the rest of the year, you can rent it.” 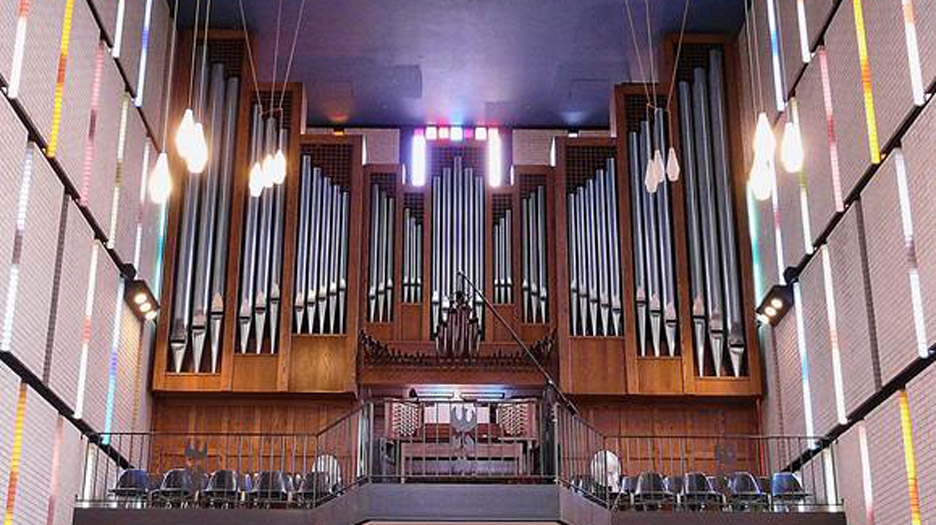 “This tiny 1959 church is way off the beaten path, about a half-hour from Charlotte in Belmont. Less known than others on this list, it was designed by Odell Associates but the real genius came from the project architect Charles Lyman Bates.

“His geometric stained-glass panels throughout the interior create a modernist spirituality in a way that still feels entirely original. The feeling I got, walking in, was a spiritual combination of religion and progress; the space is imbued with deeply gorgeous light. It’s like God has a really swanky new house.” 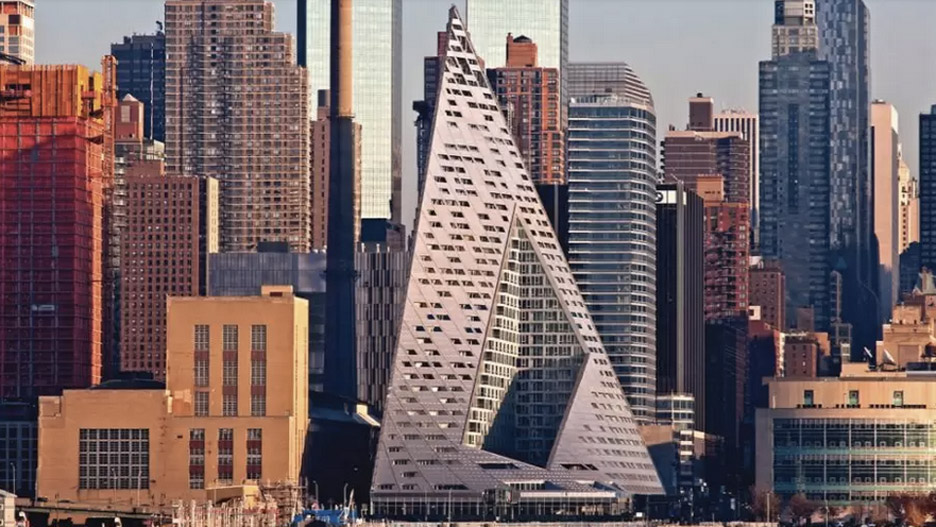 “All I want for Christmas is an apartment in this building, which sets the tone for a new era of modernism in New York City. Bjarke Ingels is this century’s Frank Lloyd Wright, and I’m going on record with that statement.

“It’s fun to see the building from the air on Google as well as from the water if you’re on an architectural walking or boat tour (often sponsored by AIA New York Chapter); it’s a departure from any other building on Manhattan’s skyline. On a personal note, please find me if you have a lead on getting in!” 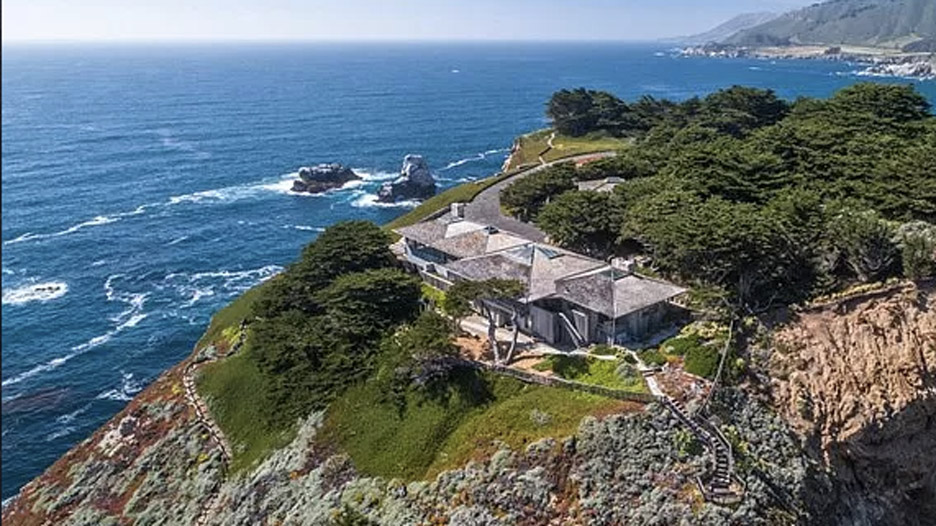 “The LA architect Gregory Ain was on the FBI’s watchlist for decades because he dared to advocate on behalf of integrated housing in 1950’s California. He and partner James Homer Garrott, an African American architect, designed this house in Monterrey in 1959 when they had an office in Silver Lake.

“On a tall and steep cliff over the Pacific, it is not an exaggeration to say that this home is one of the most beautiful, spectacularly sited houses in America.

“We often try to track these houses and to learn about their owners; this one was last sold in 2020 to a mysterious buyer, who has stayed anonymous with the help of a lot of lawyers and accountants. But if you’re ever in the area, it is everyone’s dream Instagram post.” 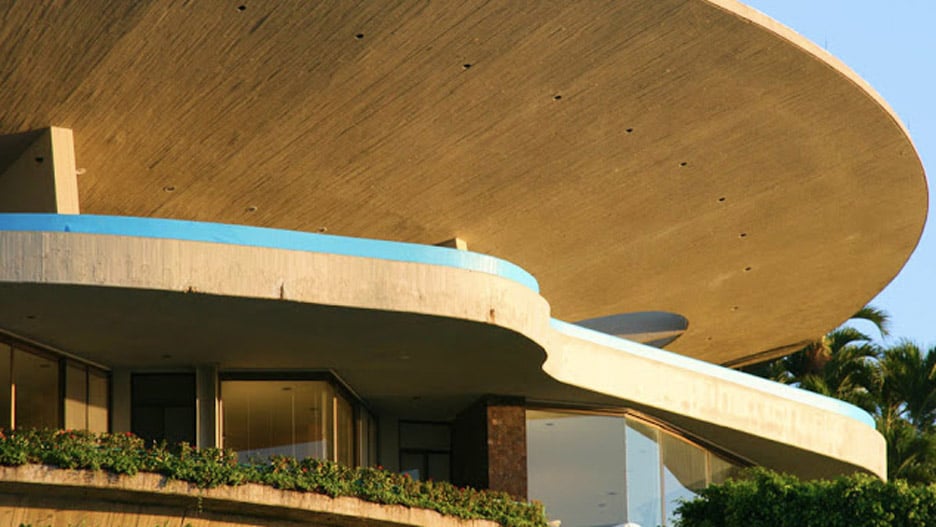 “Lautner in Mexico. John Lautner is the architect of record, the project architect is Elena Arahuete. Together they designed one of the most amazing residences in Mexico. Or anywhere, for that matter.

“It’s an incredible fusion of sky and sea and water, even though it’s high up on a cliff overlooking the ocean. Not open to visitors, the house has been featured in several Lautner documentaries.” 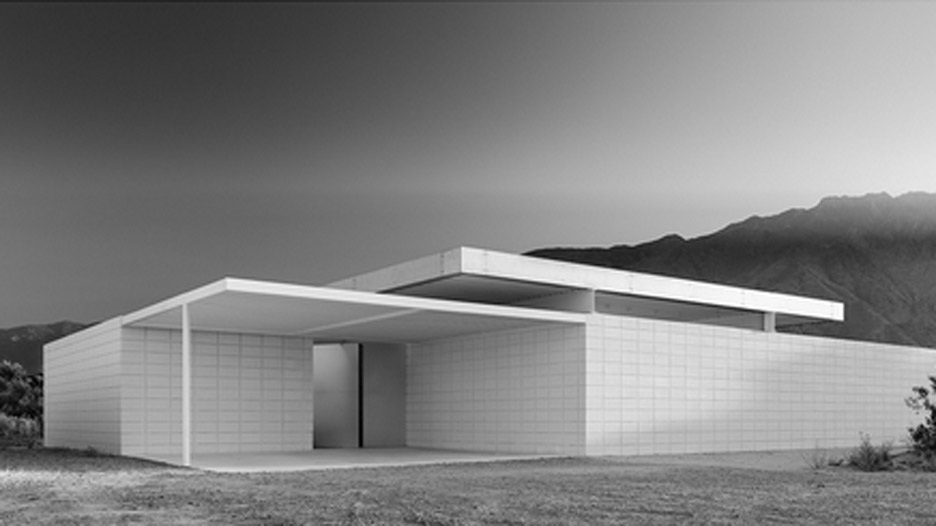 “This is a desert example of complete efficiency, a one-bedroom, one-bath house that perfectly bookends Frey’s home of 45 year’s earlier.

“Once inside the walls, you are part of a completely relaxing, simple, minimal space, at the same moment inside and outside, very private, cloistered. I’d call it monastic.” 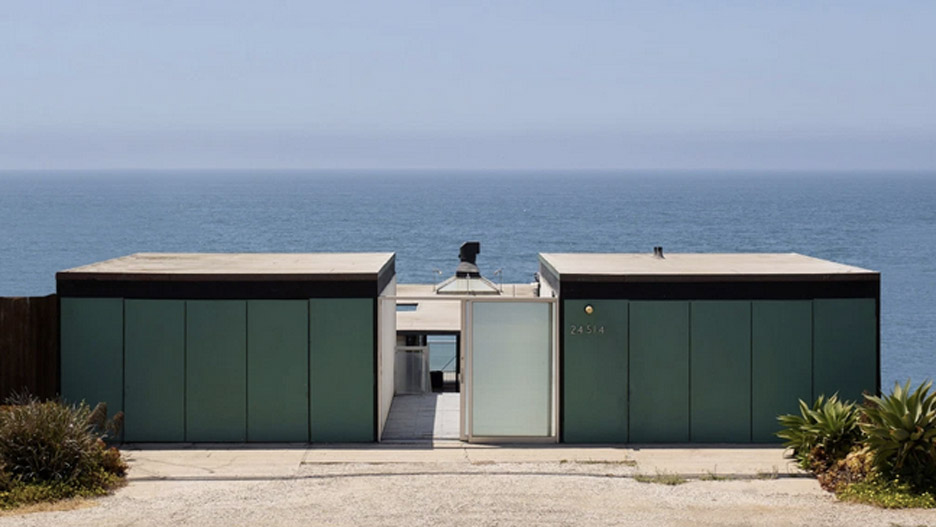 “Designer Craig Elwood had a red Ferrari and was a master of promotion in mid-century Los Angeles. Derided by the architecture profession, of which he was formally not a member, he rose to fame via three homes that were included in the iconic Case Study Houses published by Arts and Architecture magazine.

“The Victor and Elizabeth Hunt House in Malibu was immaculately restored in 2020 by Ellwood-whisperer Barton Jahncke, who specializes in Ellwood restorations, for its loving new owners and noted preservationists, Diane Bald and Michael Budman.”