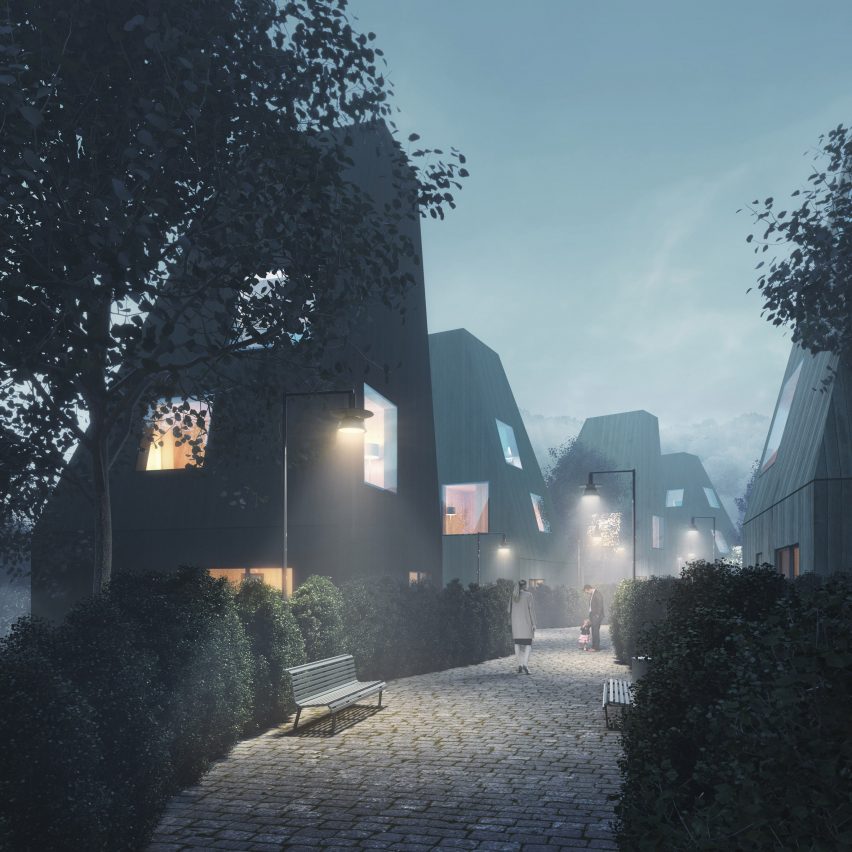 Tham & Videgård Arkitekter has revealed designs for a prefabricated housing scheme in Gothenburg, Sweden, which aims to be an alternative to traditional terraced houses and prioritises green space.

Vertical Village II will form part of a new sustainable district, named Wendelstrand, planned for a site by the Landvetter lake in the city.

Tham & Videgård Arkitekter looked to the characteristics of garden cities when developing the scheme – a method of urban planning conceptualised by Ebenezer Howard that sees self-contained communities surrounded by green land. 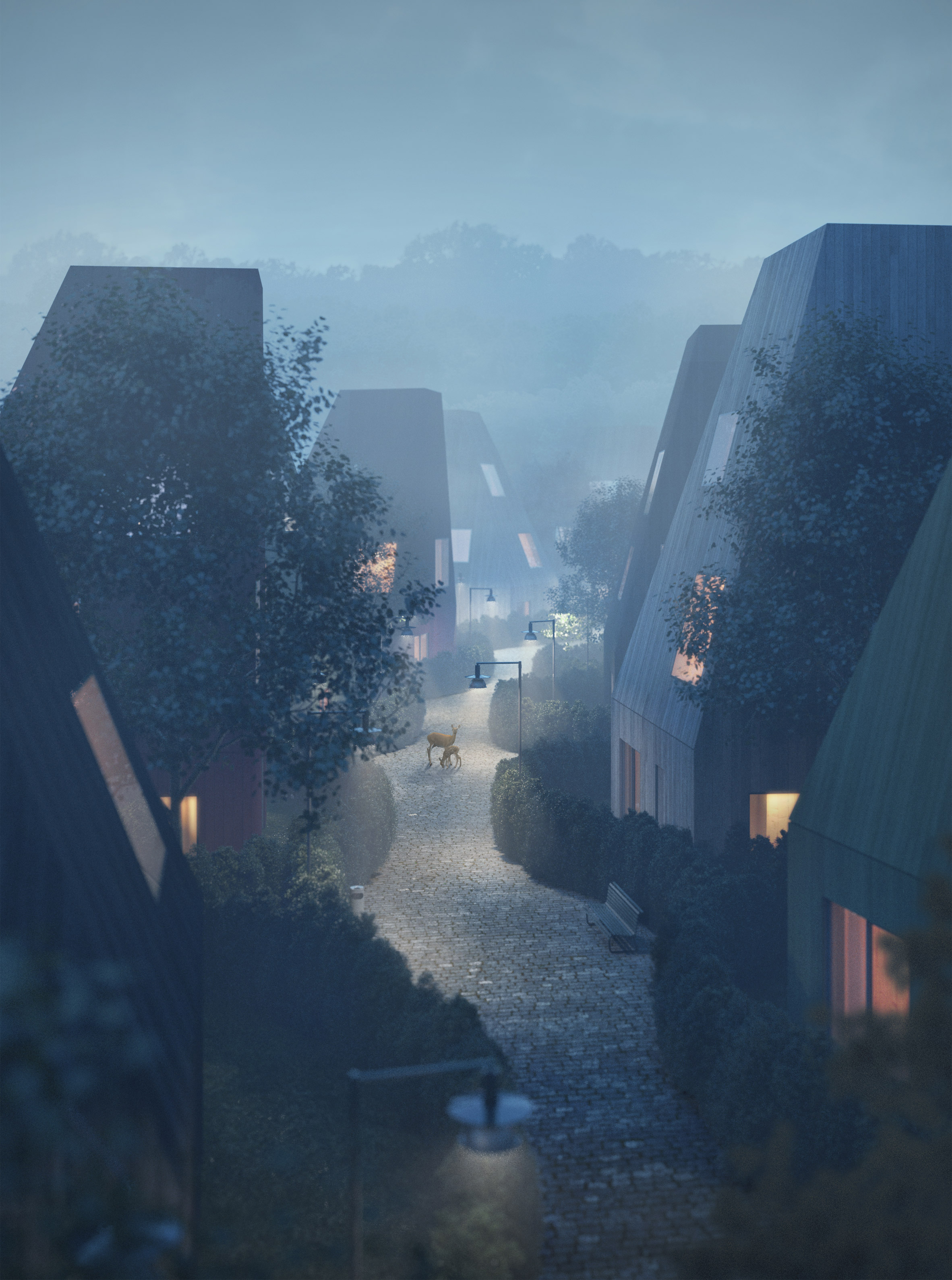 “The idea is to propose an alternative to the row-house typology, offering each unit a private garden while keeping the same efficient density as standard row houses,” explained the Stockholm-based architects.

“This is achieved with vertical massing rather than horizontal, where compact three level homes sit in rounded plots defined by high hedges of flowering bushes.” 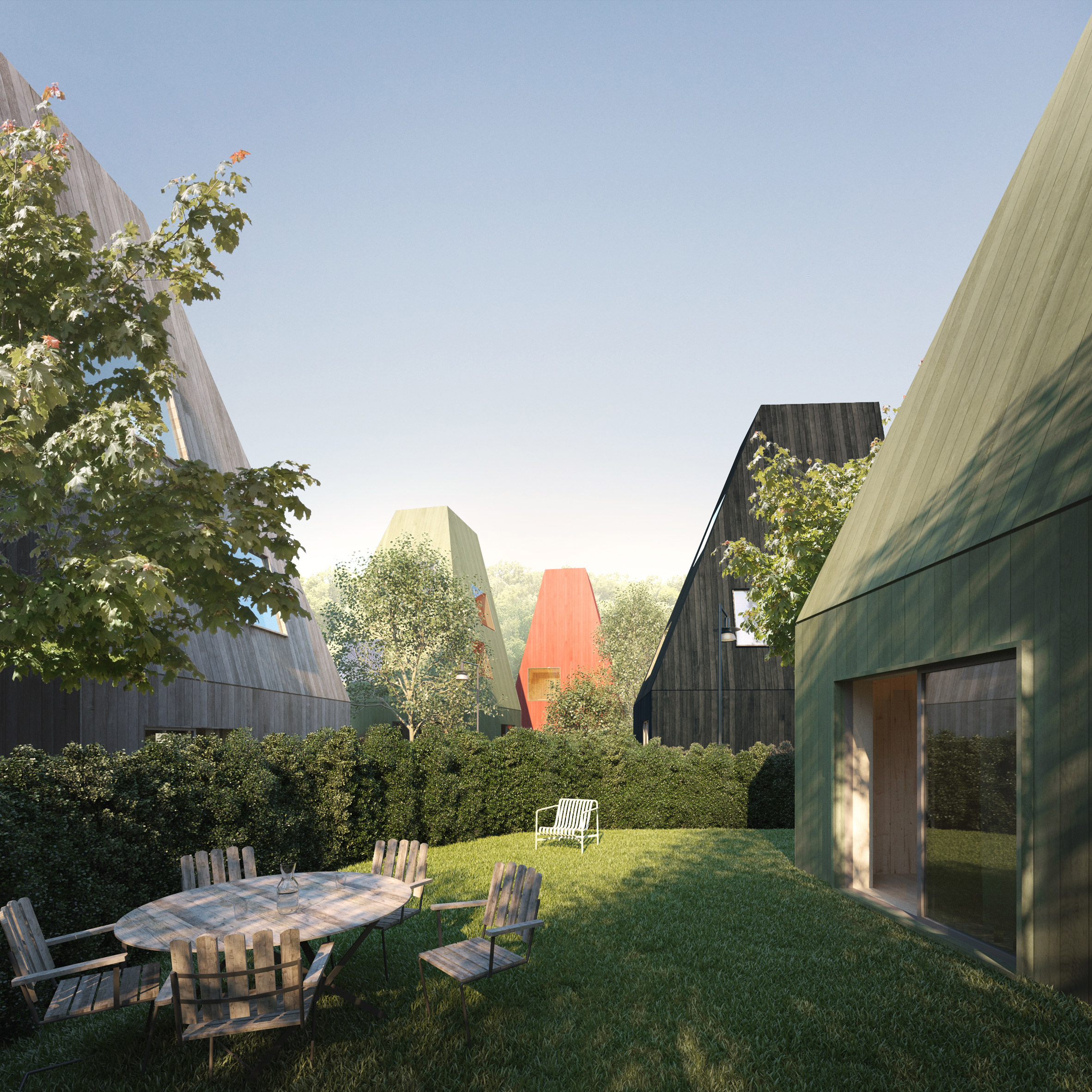 The result is a dense 2,550-square-metre housing scheme, which comprises 17 three-storey houses enveloped by greenery, and characterised by asymmetrical forms punctured by large square windows.

Each dwelling in Vertical Village II will be constructed from cross-laminated timber, and encircled by a private garden – ensuring the design complies with “the highest environmental and energy standards” and “furthers local biodiversity”. All 17 houses have identical floor plans, but will be differentiated by varying orientations and facades, which are each clad in different coloured timber.

Communal spaces will be located in the open-plan ground floor of each dwelling, and will have a kitchen, living and dining area, while more private spaces will be positioned on the upper two floors. 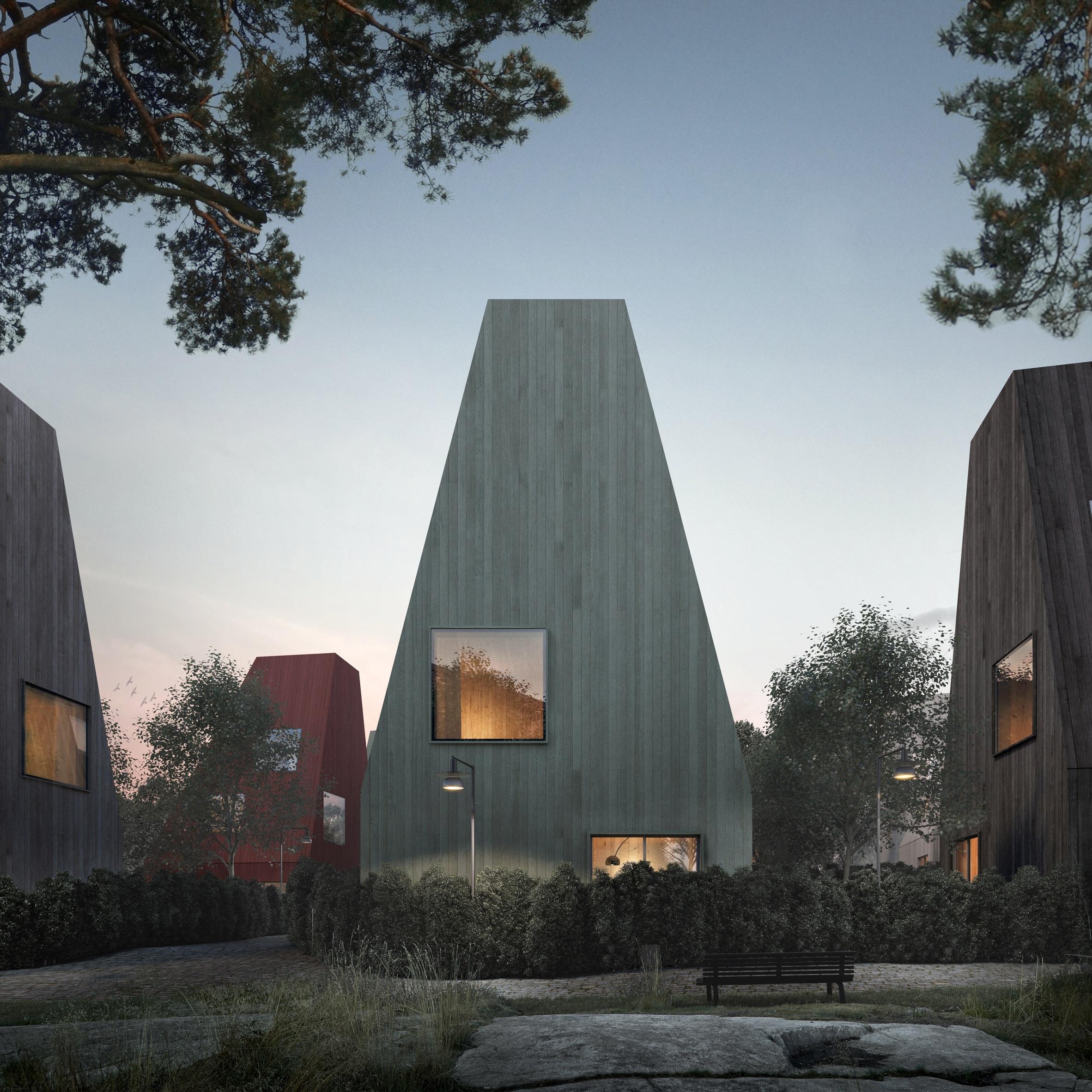 The second floor comprises a bathroom and three bedrooms that overlook the surrounding landscape, while a fourth bedroom will be placed in a skylit double-height loft space.

Vertical Village II will be complete with a series of pathways that meander around the private gardens, which will “connect the neighbourhood internally as well as link it out towards the surrounding area”. 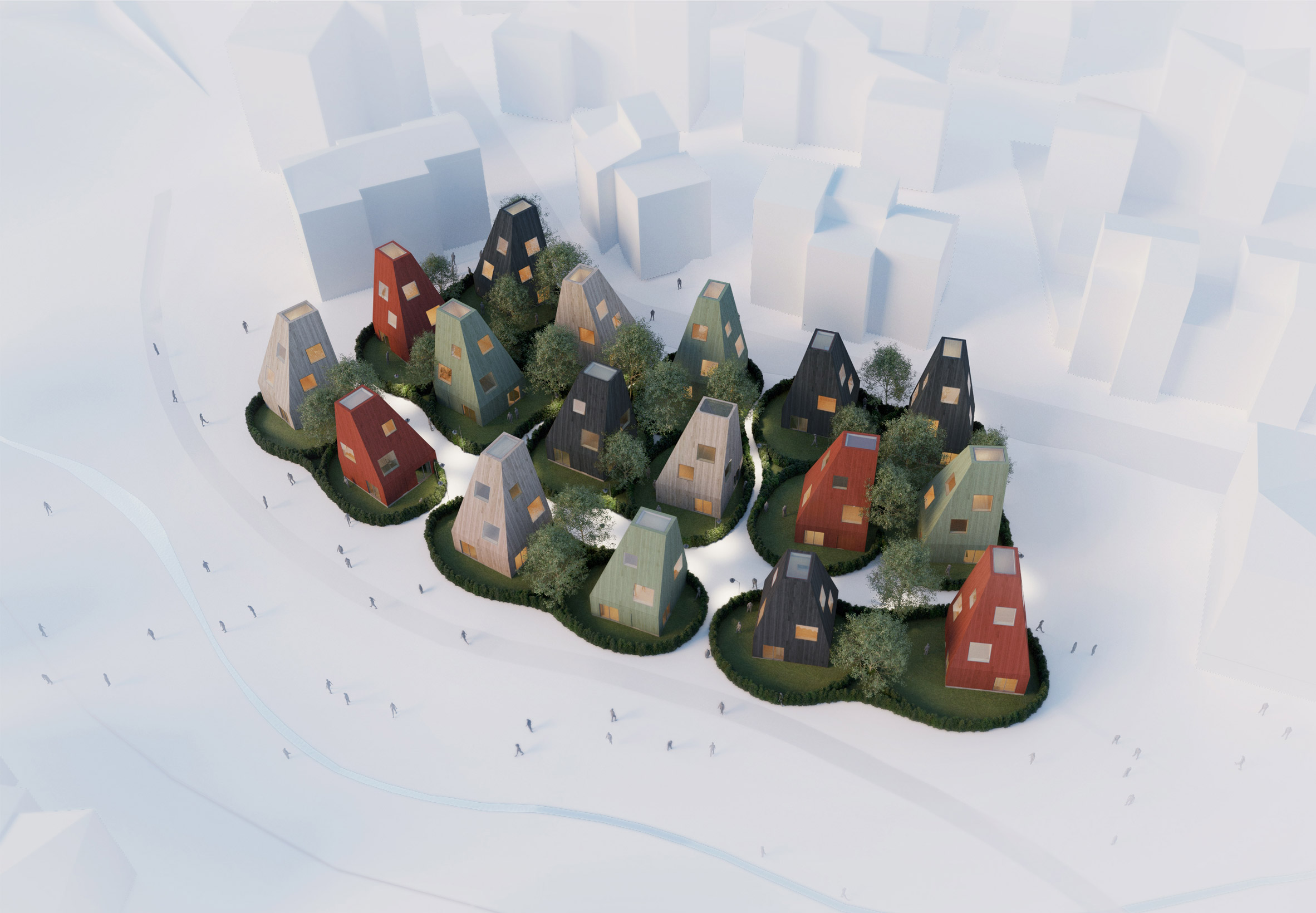 Vertical Village II follows a Vertical Village concept developed by the studio in 2009. Tham & Videgård Arkitekter, which came in at number 311 on the Dezeen Hot List, has also recently completed an austere holiday home on Swedish island of Gotland, and two apartment blocks in the lakeside city of Jönköping.