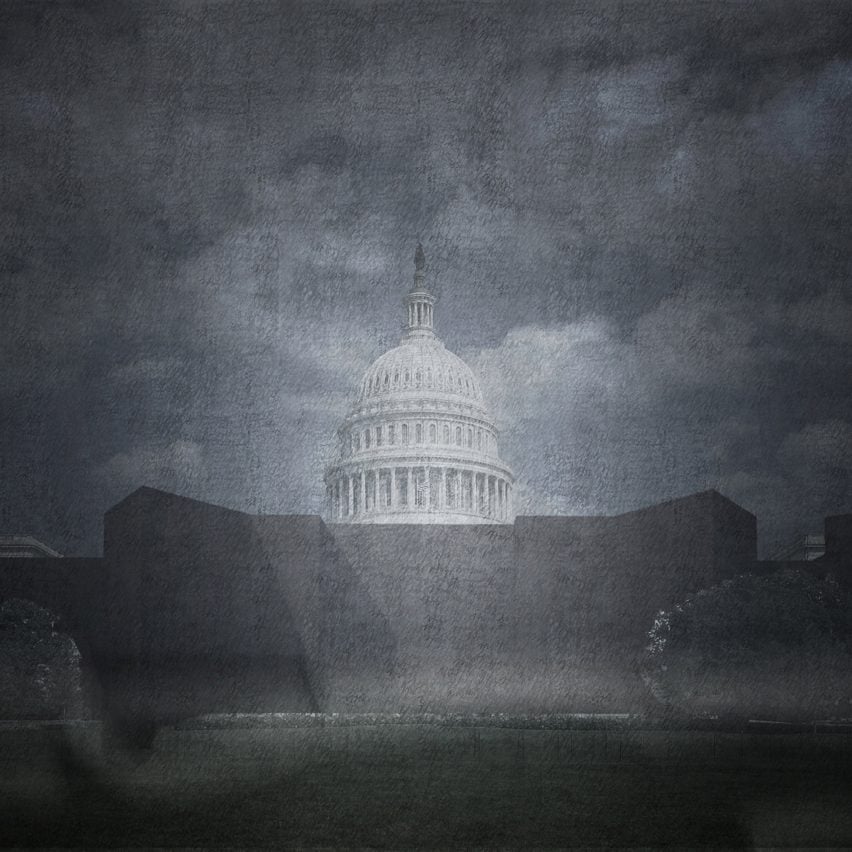 This week on Dezeen, architecture studio Opposite Office envisioned fortifying the US Capitol in response to the invasion of the building by Donald Trump supporters.

The provocative architecture studio created the concept, named Capitol Castle, as a comment on how democracy is increasingly under threat.

“It’s tongue-in-cheek, but the question behind it is relevant: how can we protect our democracy?” Opposite Office founder Benedikt Hartl told Dezeen.

“Democracy is not for free. Most of us living in the USA, or in Europe, know of no other form of government than democracy.”

In design news, fast-food chain Burger King unveiled a new logo as part of its first major rebrand for 20 years. The logo was a reworking of a previous design sued by the restaurant during the 1970s, 80s and 90s.

“We explored a lot of different design territories, but kept coming back to the brand’s original iconic logo from 1969 and 1994 when Burger King looked at its best,”  its designer Lisa Smith, executive creative director at Jones Knowles Ritchie, told Dezeen.

In New York, the governor Andrew Cuomo revealed plans to extend the High Line elevated walkway from near the Hudson Yards development to the recently extended Penn Station.

The centrepiece of the Hudson Yards development, the 16-storey Vessel viewpoint designed by Heatherwick Studio, was temporarily closed after a man reportedly died by suicide after jumping from it.

Zaha Hadid Architects is designing a pair of supertall skyscrapers united by planted terraces in Shenzhen, China, while Foster + Partners is developing four skyscrapers as part of its Lusail City development ahead of the World Cup in Qatar.

Dezeen spoke to the production designer behind the sets for Netflix thriller Ratched, Judy Becker, who said she designed the asylum where the series takes place as if it were a character.

“I haven’t done this often but in the case of Ratched, I really wanted the building to draw attention to itself as a character,” Becker told Dezeen.

“It’s a bit of a misdirect when you see this gorgeous building and the well-dressed patients but then the most horrible things are happening in this place.”

Popular projects this week include House of Many Courtyards, a Scandinavian holiday home designed by Claesson Koivisto Rune, minimalist furniture made using simple wooden poles by Nathalie Deboel and a floating house in Amsterdam.

The post This week Opposite Office proposed turning the US Capitol into a fortress appeared first on Dezeen.