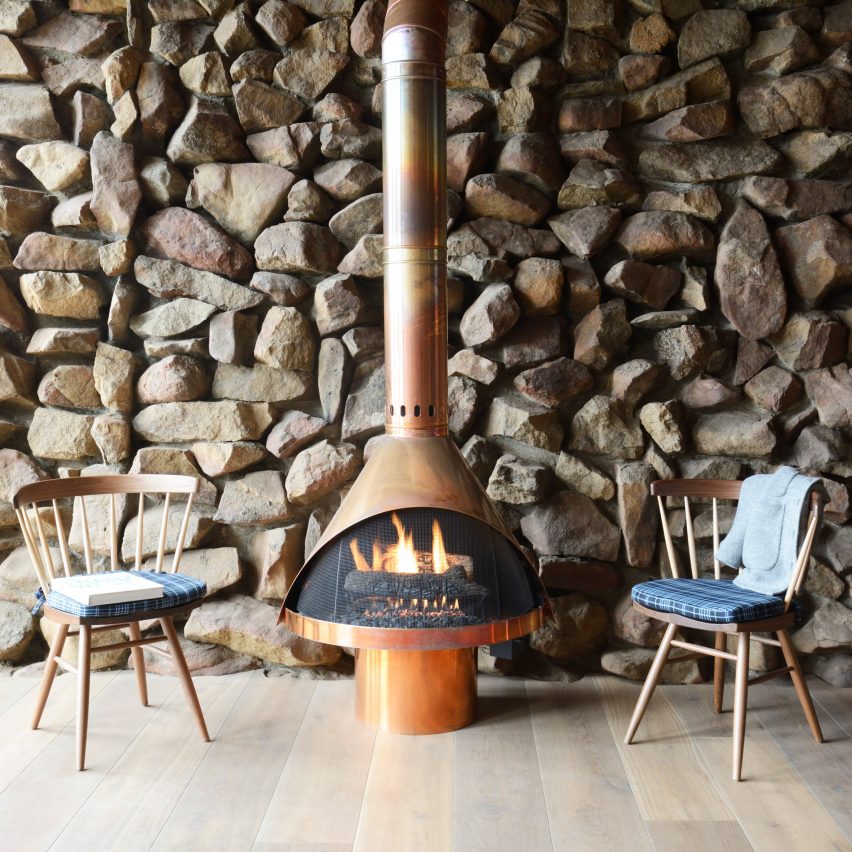 This modernist resort in Northern California, which formed an enclave for artists in the 1960s, has been overhauled by Los Angeles design studio The Novogratz. 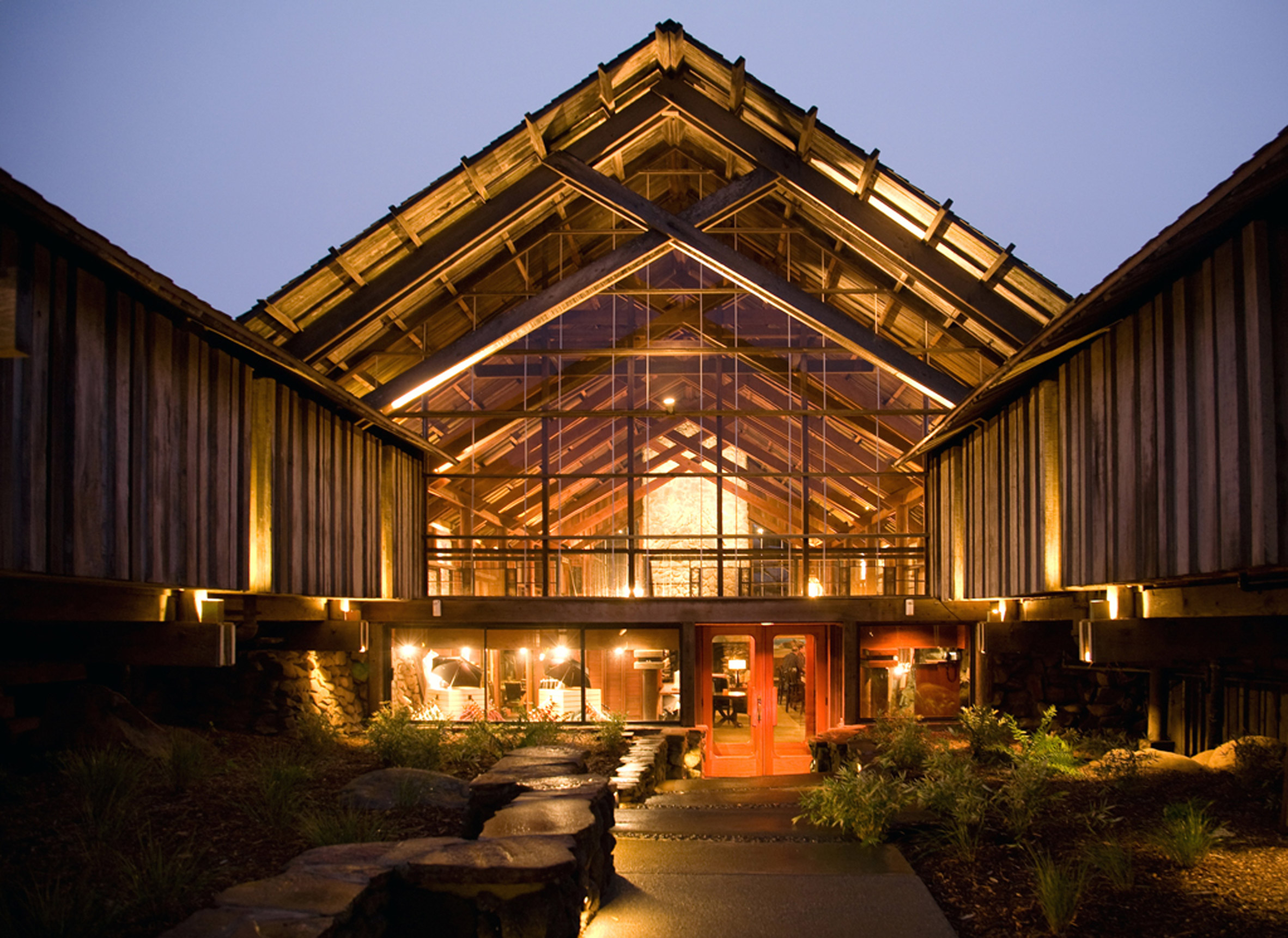 Located north of San Francisco, within a sandstone outcropping on the craggy Sonoma County coast, the resort provided a retreat for artists and intellectuals. Among these were photographer Ansel Adams and sculptor Beniamino Bufano, whose marble obelisk, The Expanding Universe, still stands on-site. 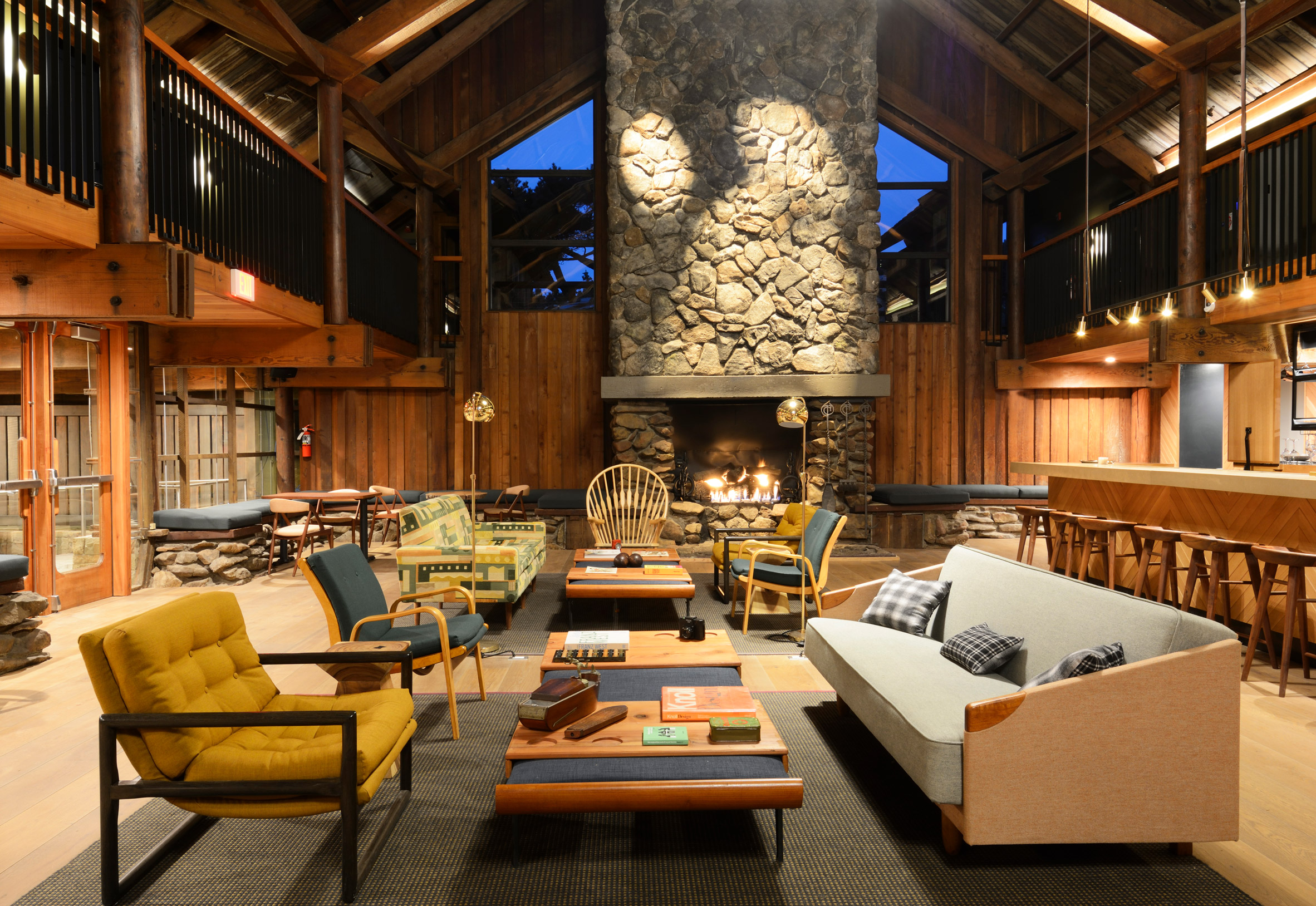 Husband and wife team Cortney and Robert Novogratz, and architecture firm Gensler were enlisted to renovate Timber Cove in 2016. The brief was to maintain its California cabin character and further integrate it into the surrounding nature. 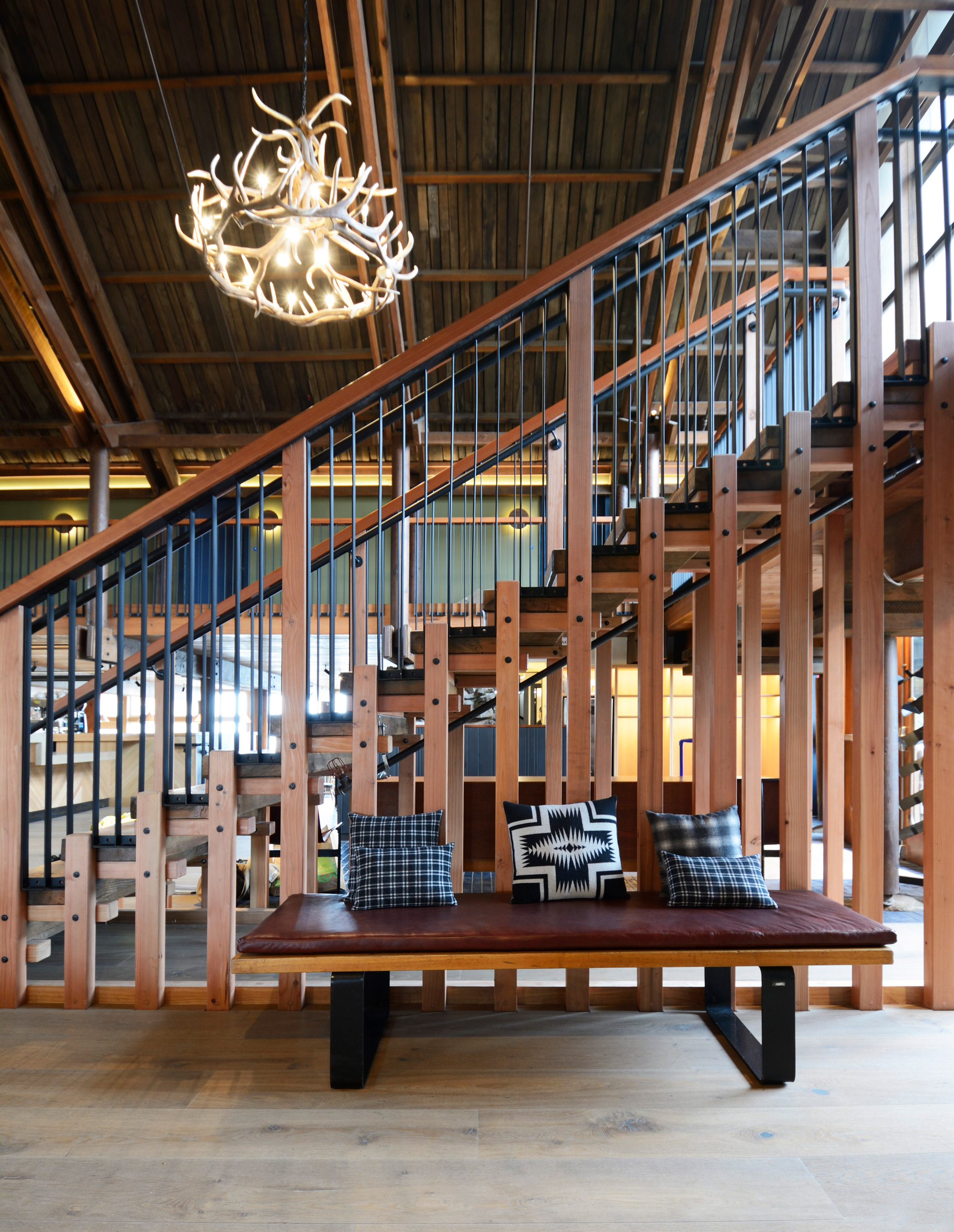 Existing materials that were either locally sourced or hand-picked, such as the massive Douglas fir posts and myriad redwood elements, are preserved.

Among the main areas is a chalet-style lobby, known as the Great Room. It is topped by the A-frame structure, and anchored by an original floor-to-ceiling stone fireplace and high-beam ceilings. 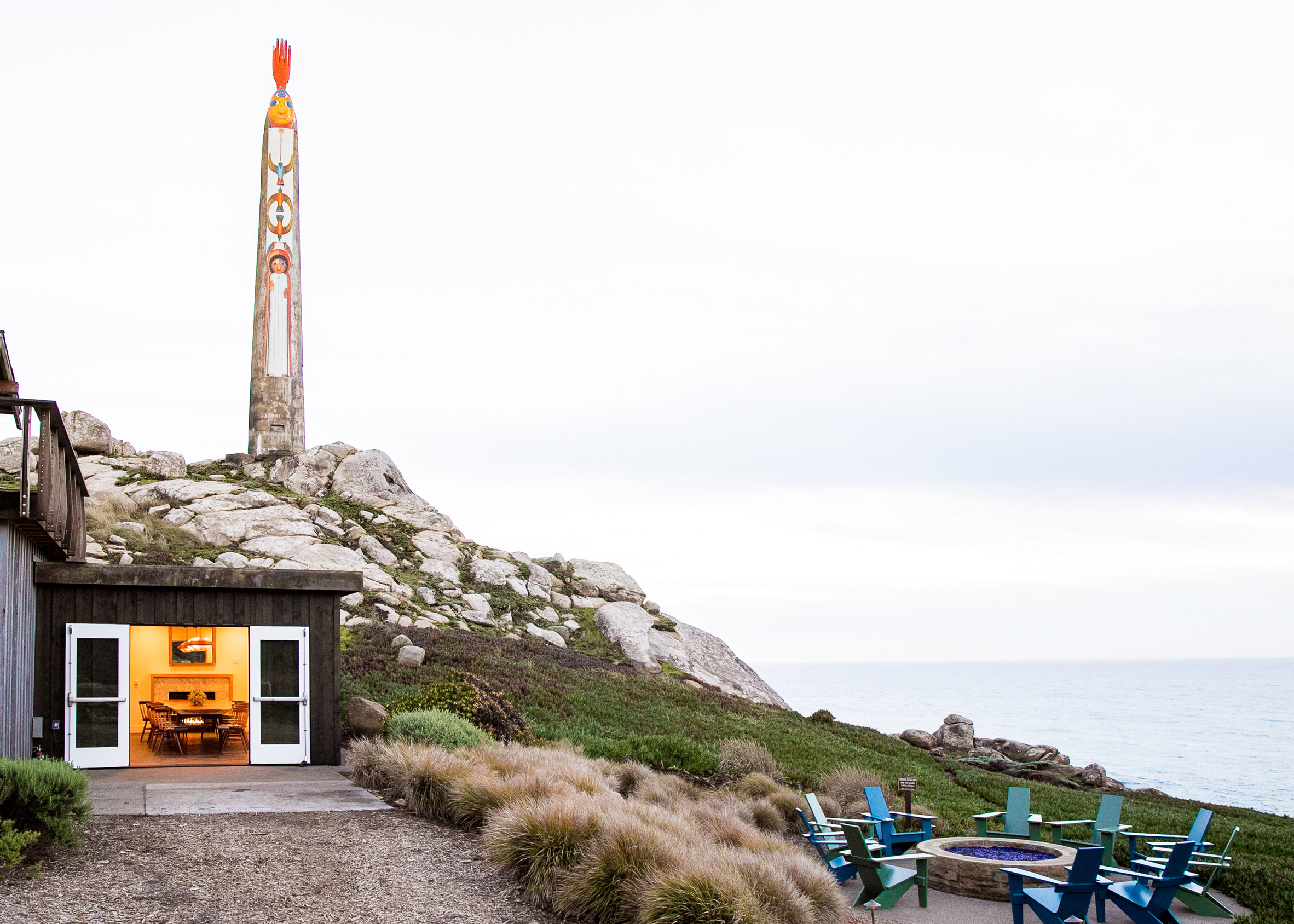 A bar area, composed of natural woods, stone, and patinated copper, is intended as the centre point of the room. 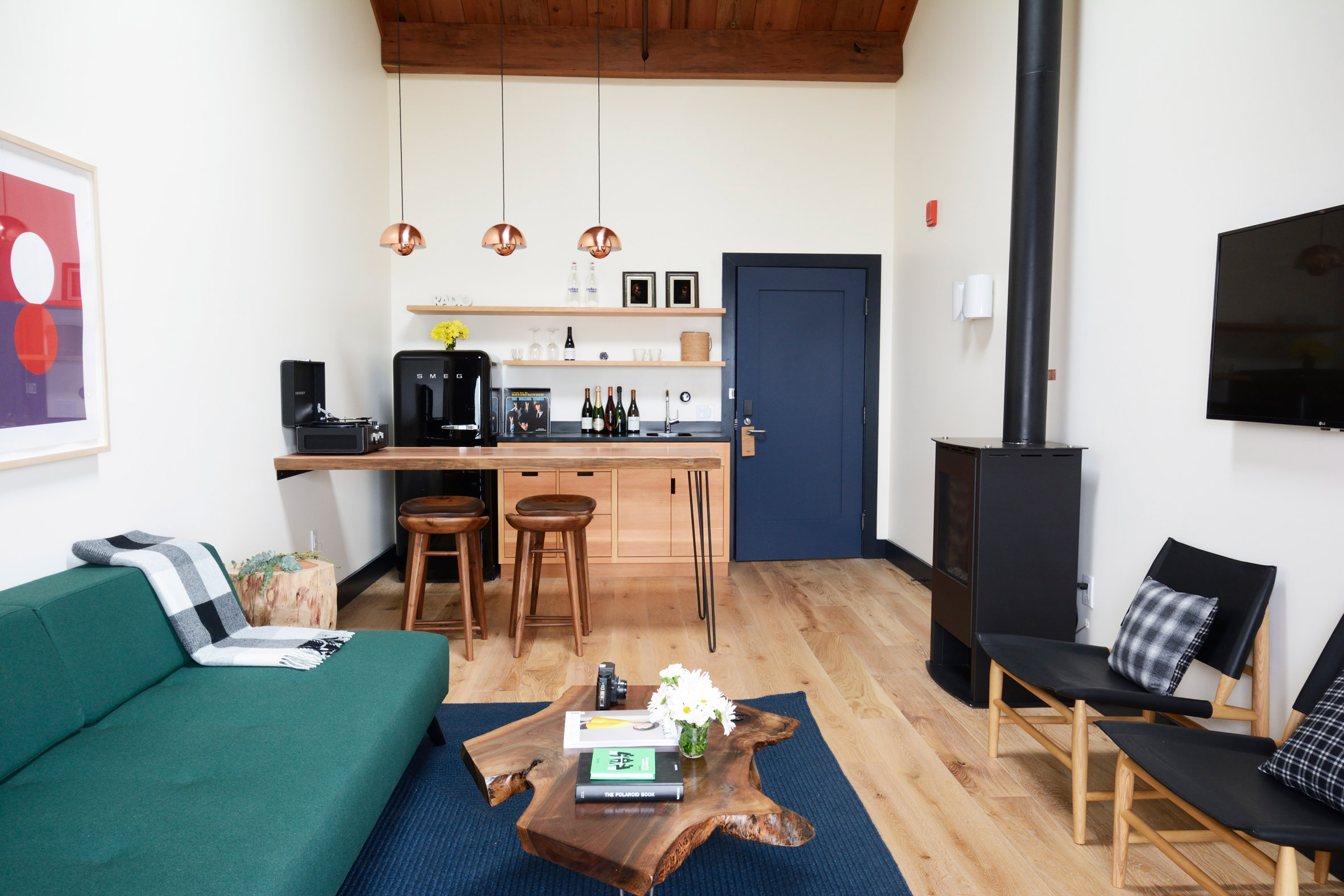 “Floating shelves allows light to flood through the bottles, which creates a warm, romantic glow, leading into the Coast Kitchen restaurant on the other side,” said The Novogratz in a project description.

Timber Cove has 46 guestrooms, including eight suites, that are intended to encourage visitors to rekindle their relationship with nature. 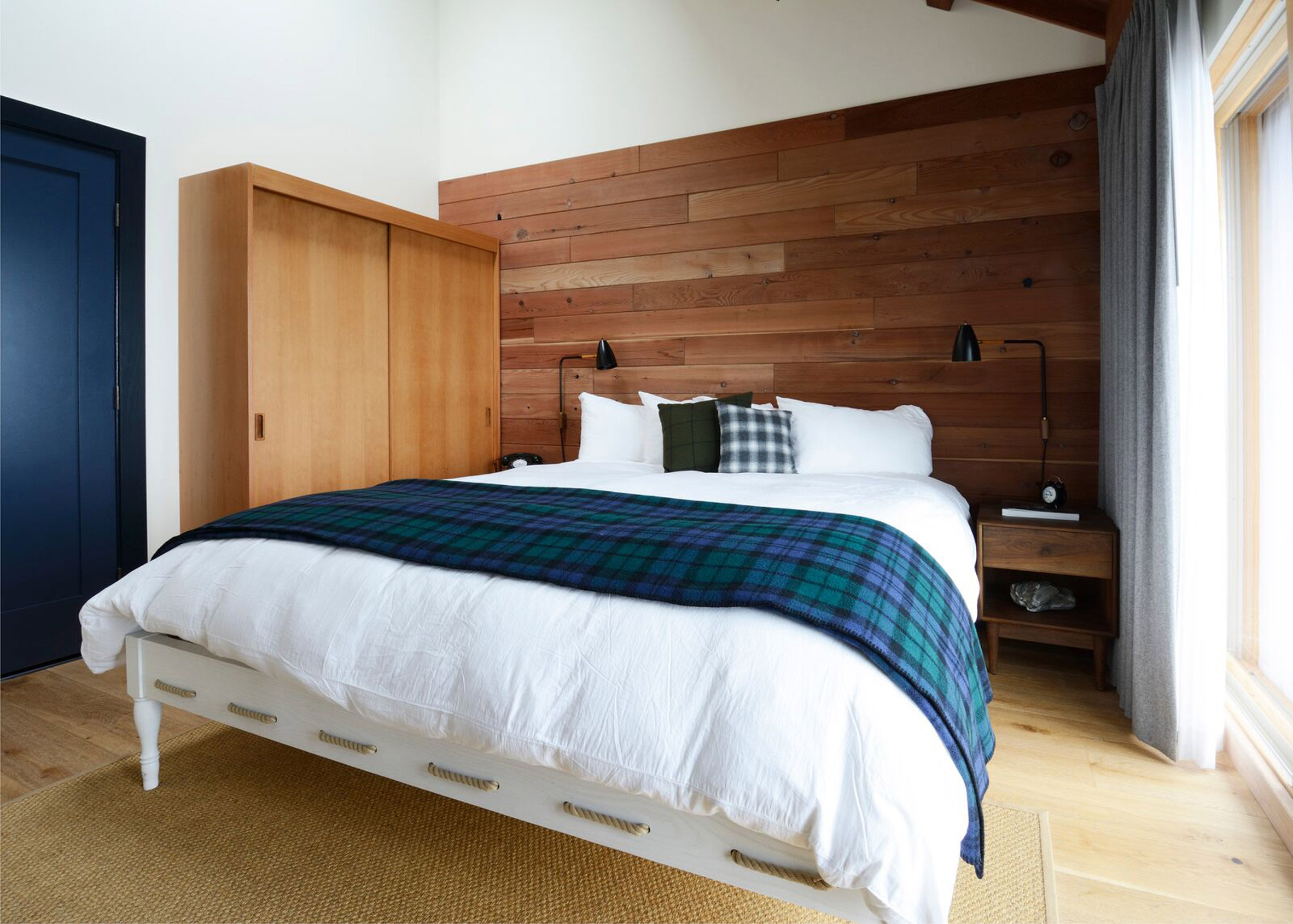 The colour palette draws on the California coastline, featuring “lots of texture, blue, and touches of gold and copper”. 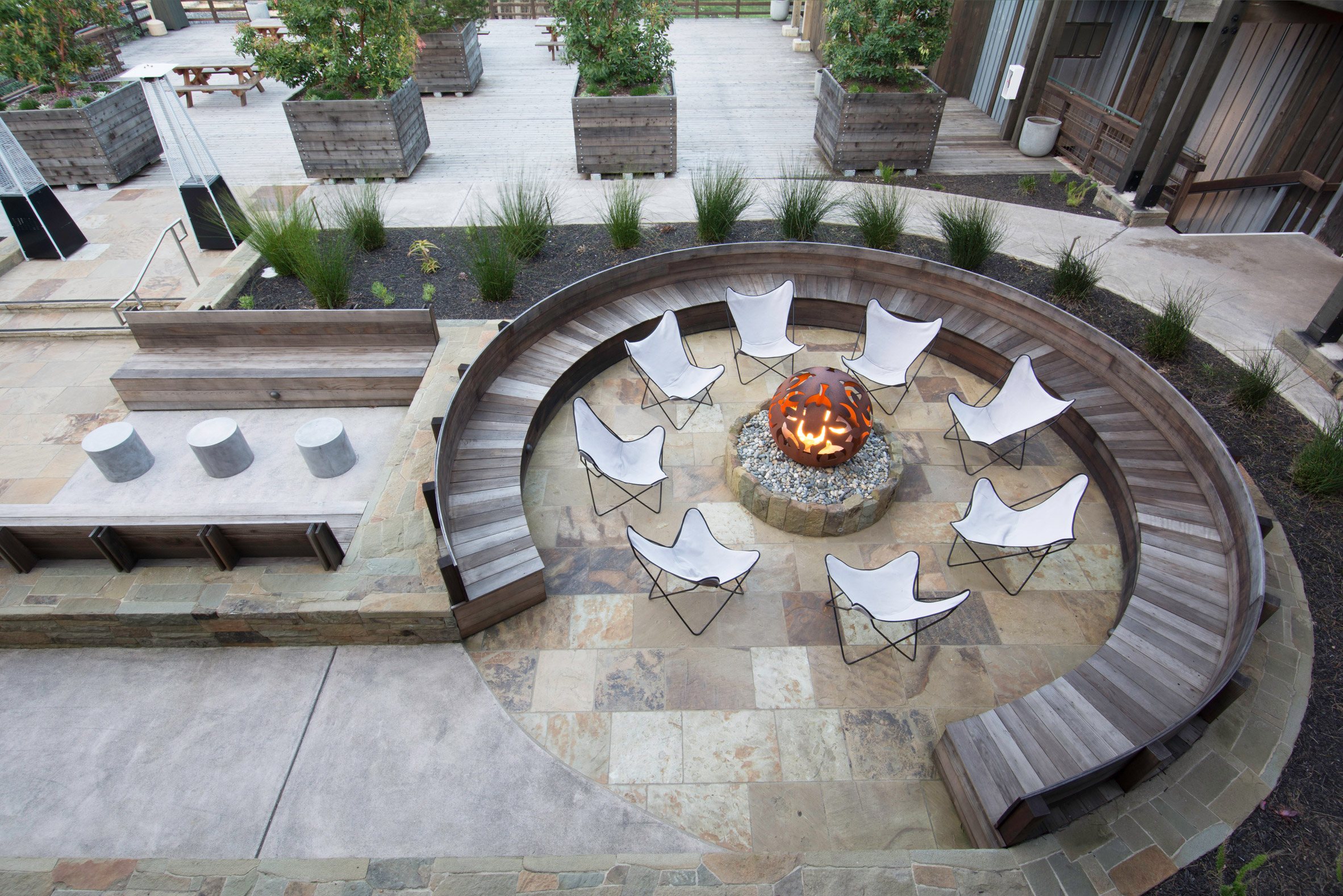 Each room was outfitted with a simple kitchenette, featuring with a raw wood counter, as well as stools, rose gold pendant lights, and 1950s-style Smeg appliances. 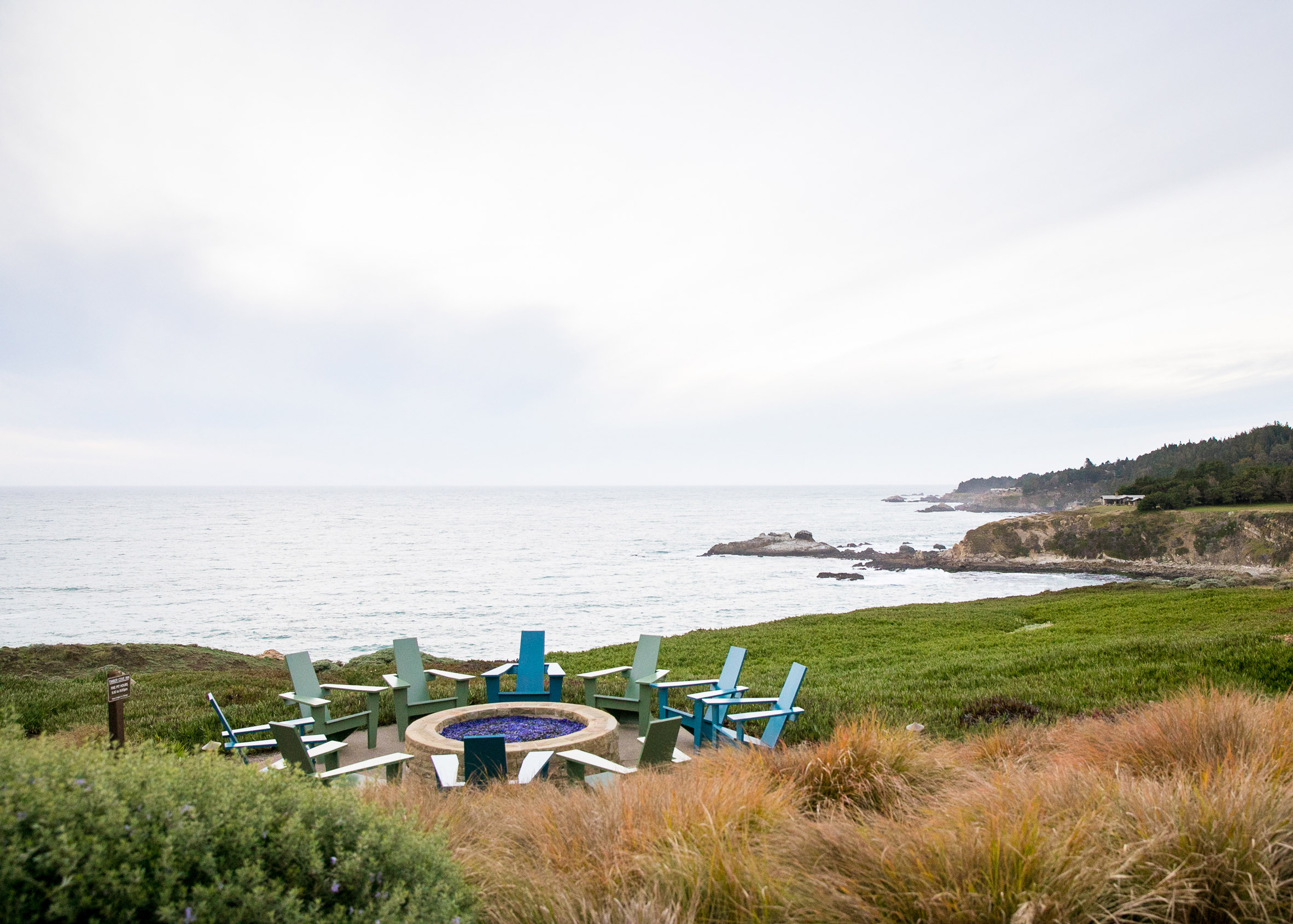 Guests can also find their own record player, a subtle hint from the designers to “put down your phone and pick up your favourite record.”

The modernist style and integration with the natural landscape of Timber Cove Resort chimes with another development in Northern California, The Sea Ranch community.

Established in the 1960s, it is populated with simple timber retreats that combine the era’s popular architectural style, the surroundings, as well as environmental and sustainable strategies.

Today, The Sea Ranch is celebrated as one of the best collections of modernist architecture on America’s West Coast.