The Tokyo-based practice, led by Makoto Takei and Chie Nabeshima, is one of the 15 firms commissioned by Bourdais to create an ultimate holiday home, which will eventually be built in Spain’s mountainous Matarraña region as part of his Solo Houses project. 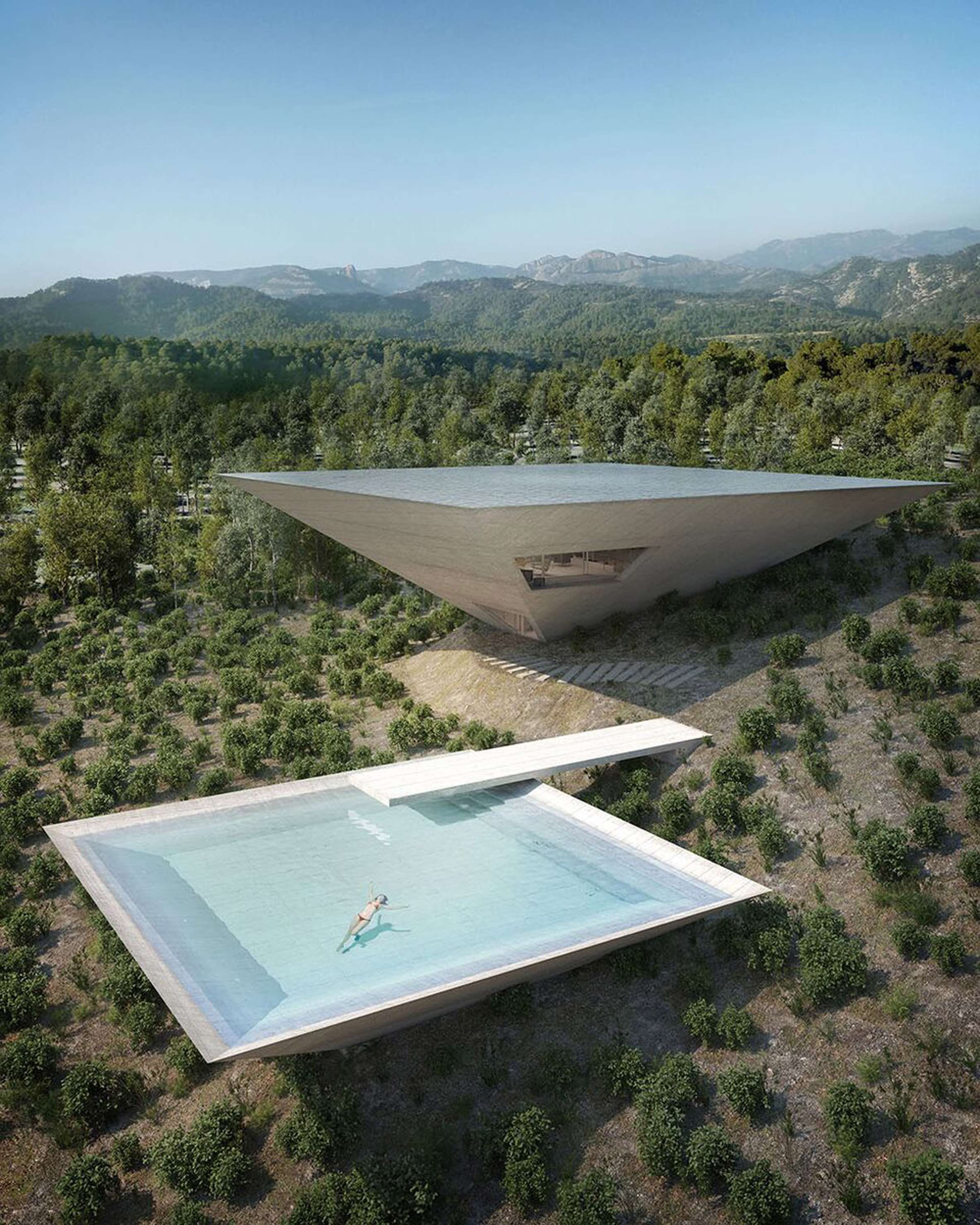 Each architect has been given carte blanche to come up with any concept within a set budget.

Of the 15 proposed holiday homes, two have been completed. The first was a symmetrical concrete residence by Chilean studio Pezo Von Ellrichshausen, while Office Kersten Geers David Van Severen‘s ring-shaped residence was completed earlier this year.

Other planned Solo Houses include a circular house with a paddling pool on the roof by Johnston Marklee, a house encased in a lattice of giant sticks by Sou Fujimoto and a building based on the form of an explosion by Didier Faustino. 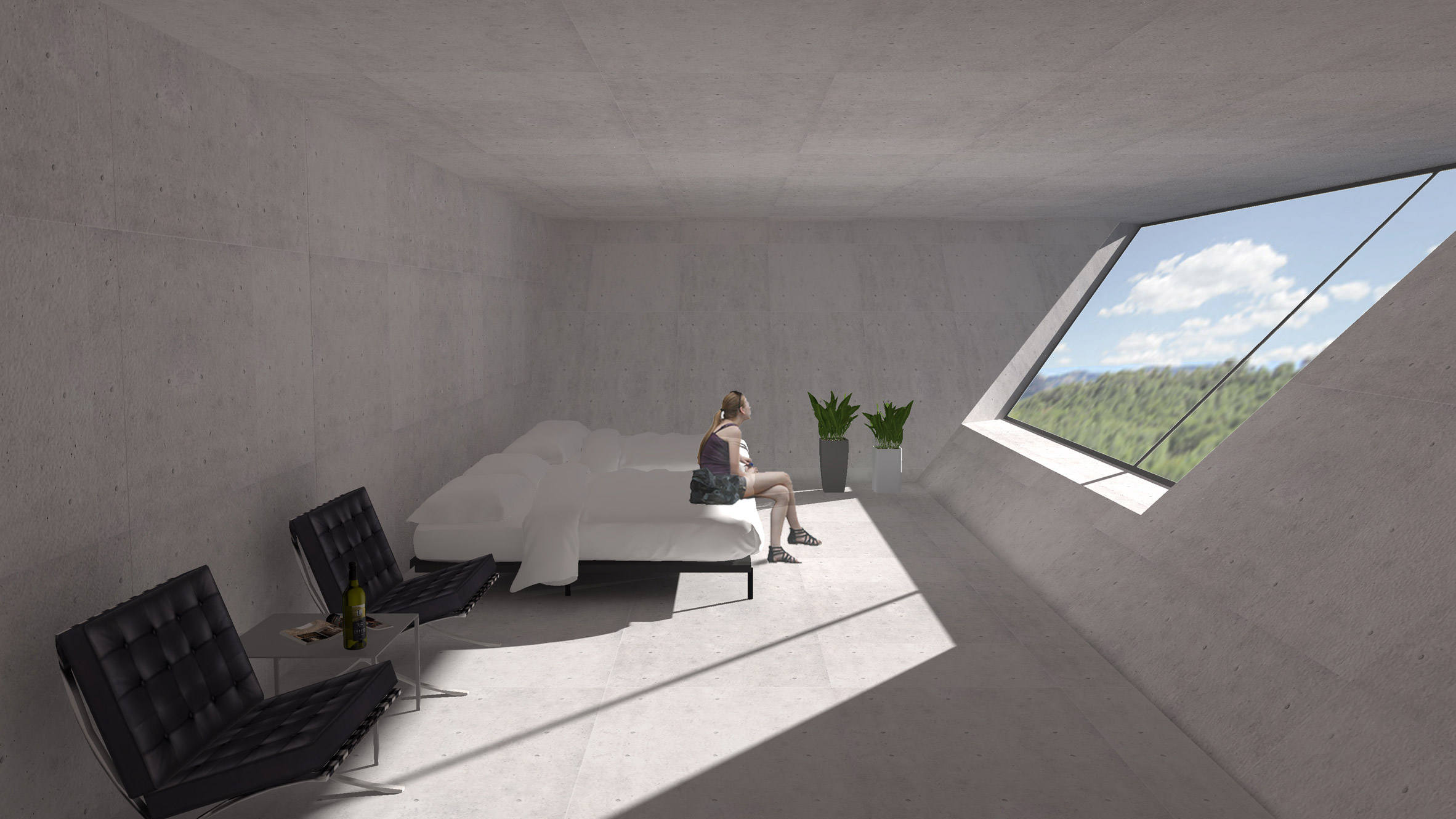 Wedged into a hillside, TNA’s inverted pyramid structure comprises four floors, including a rooftop with a pool.

Overlooked by the living room and entrance, which are positioned up above on two separate mezzanines, the dining room takes centre stage on the ground floor. At its centre is a dining table, while the adjoining kitchen, machine room and pantry are all set back into the hillside. 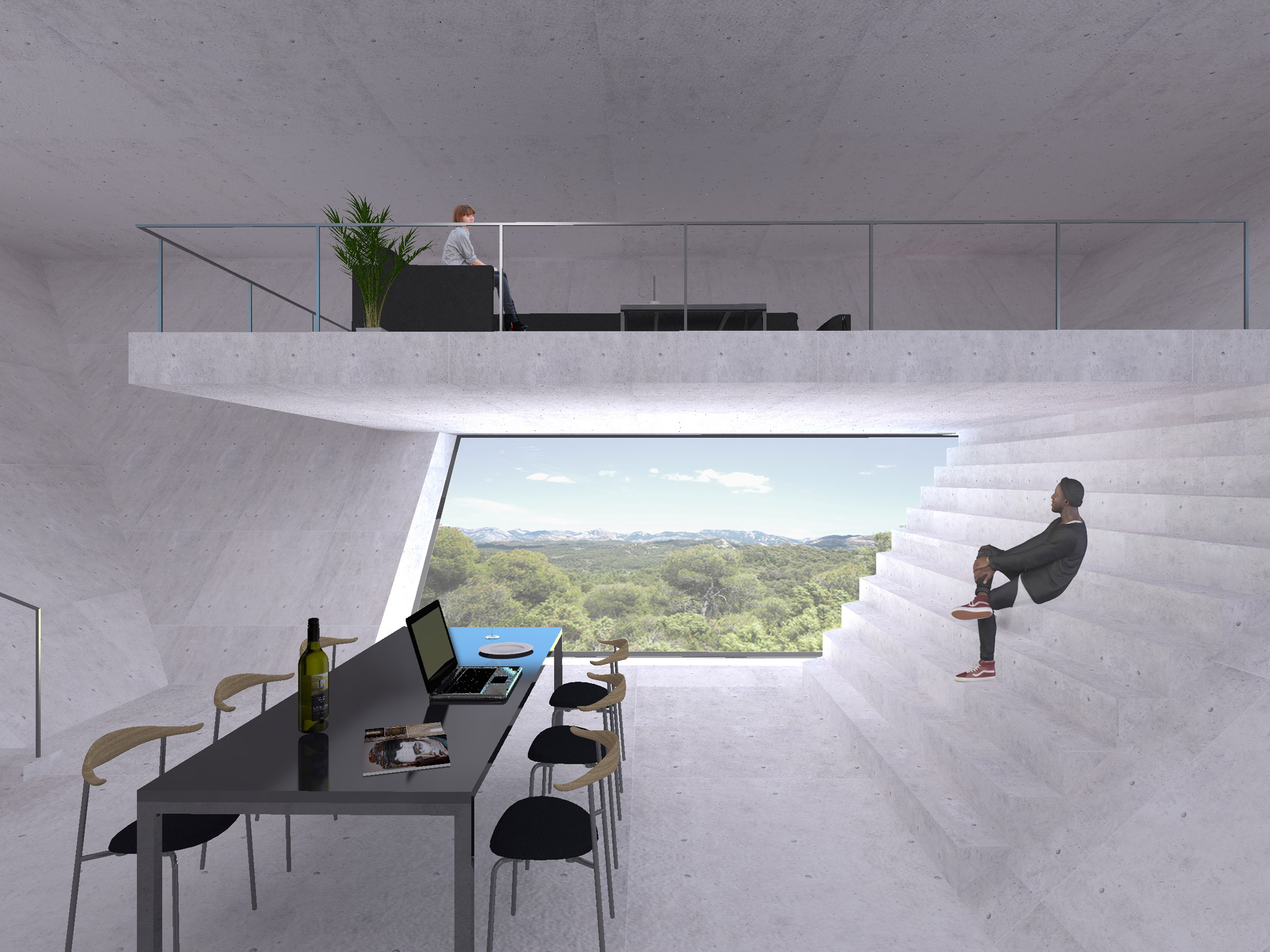 Angular windows cut into the house’s sloping walls provide views over the hillside, while two staircases lead from the dining room up to the living room and entrance mezzanines.

A staircase leads up from the entrance to a large lounge space and three large bedrooms, which are arranged around the building’s perimeter and linked by a hallway that wraps the wall of the rooftop pool. A staircase from the hallway leads up to the rooftop and its square-shaped pool. 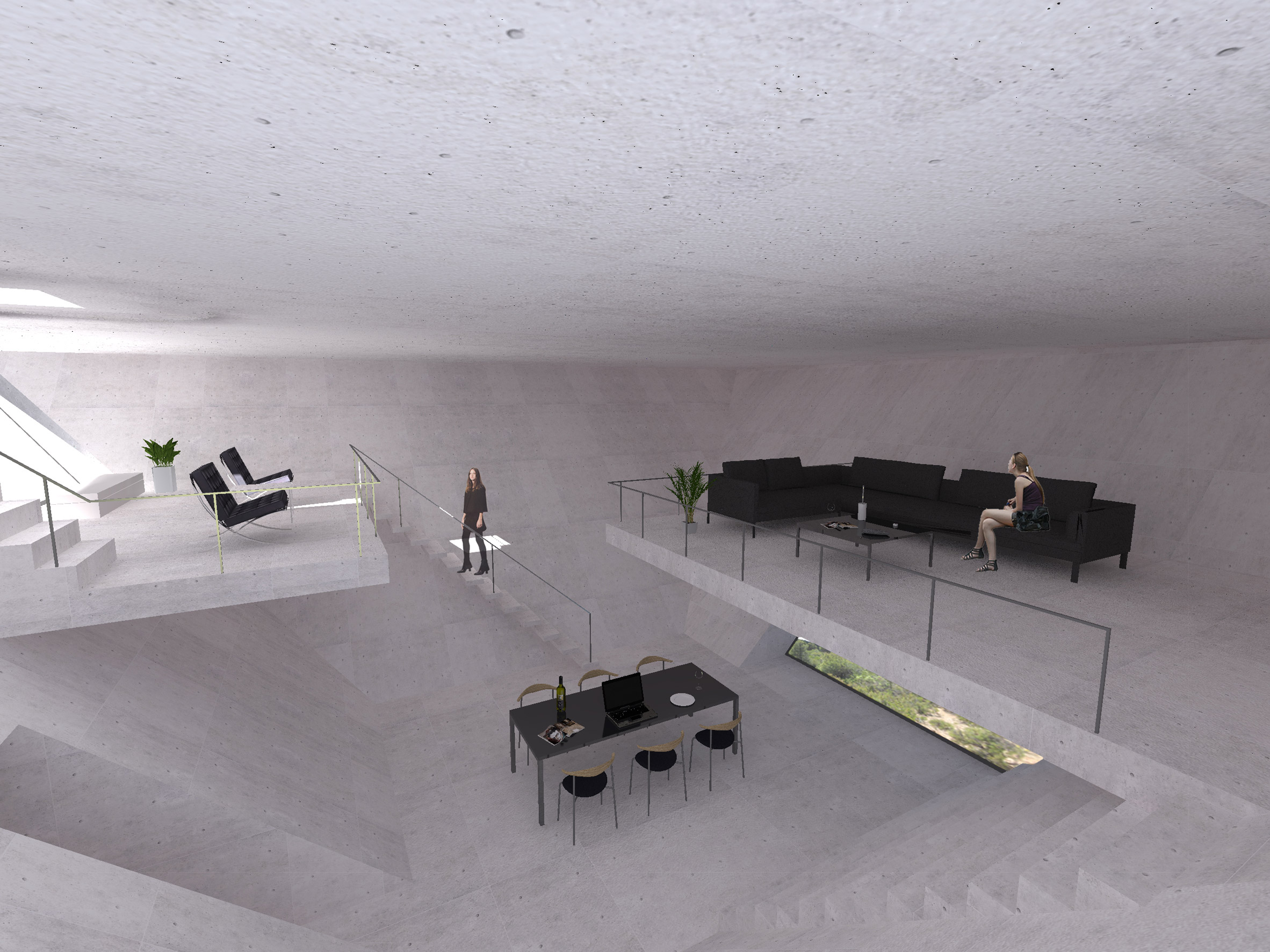 The Solo Houses website describes the buildings as “a collection of unique secondary residences designed by the new guard of young international architects”.

They are being built in Matarraña, in the north-east of the Els Port nature park, between Barcelona, ​​Valencia and Saragossa, surrounded by 100 hectares of countryside.

A hotel designed by Chilean architect Smiljan Radić, will sit at the centre of the development, functioning as a hub for all the services and activities that the development offers. Other features will include “an exceptional outdoor course combining art and architecture”, created by landscape painter Bas Smets and Serpentine Galleries director Hans-Ulrich Obrist.