Architects Benoît-Marie Moriceau and Gaston Tolila have overhauled an old workshop in Paris’ Butt aux Cailles neighbourhood to create an office and studio for their growing team.

Tolila + Gilliland had outgrown its previous office space, so the 12-person team relocated to the attic space, which had formerly served as an atelier for several different businesses. 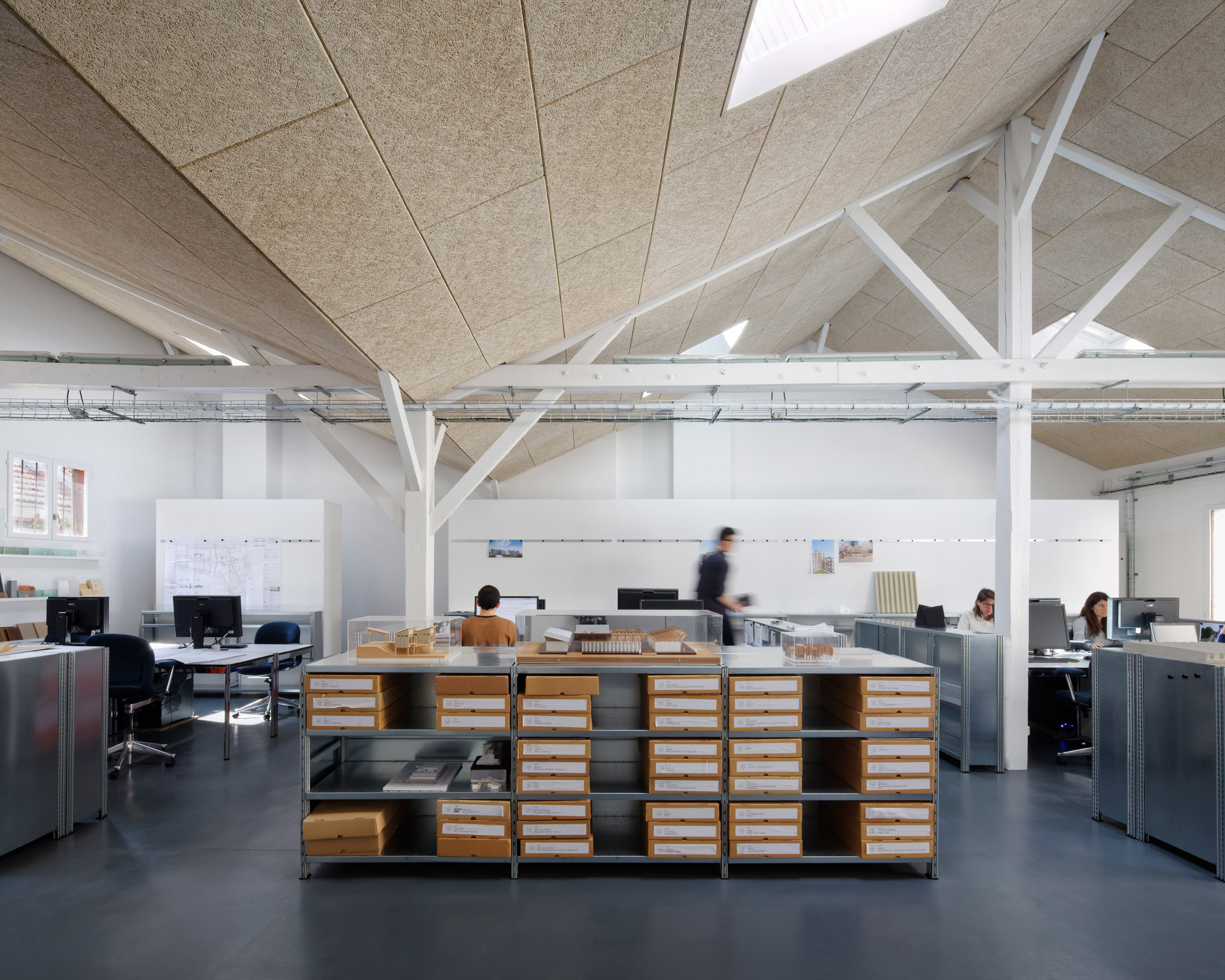 To start with, the architects peeled back layers of drop-ceilings and office partitions to reveal the  “industrial bones” of the 160-square-metre space. They discovered the timber supports of a 4.5-metre-high pitched roof. 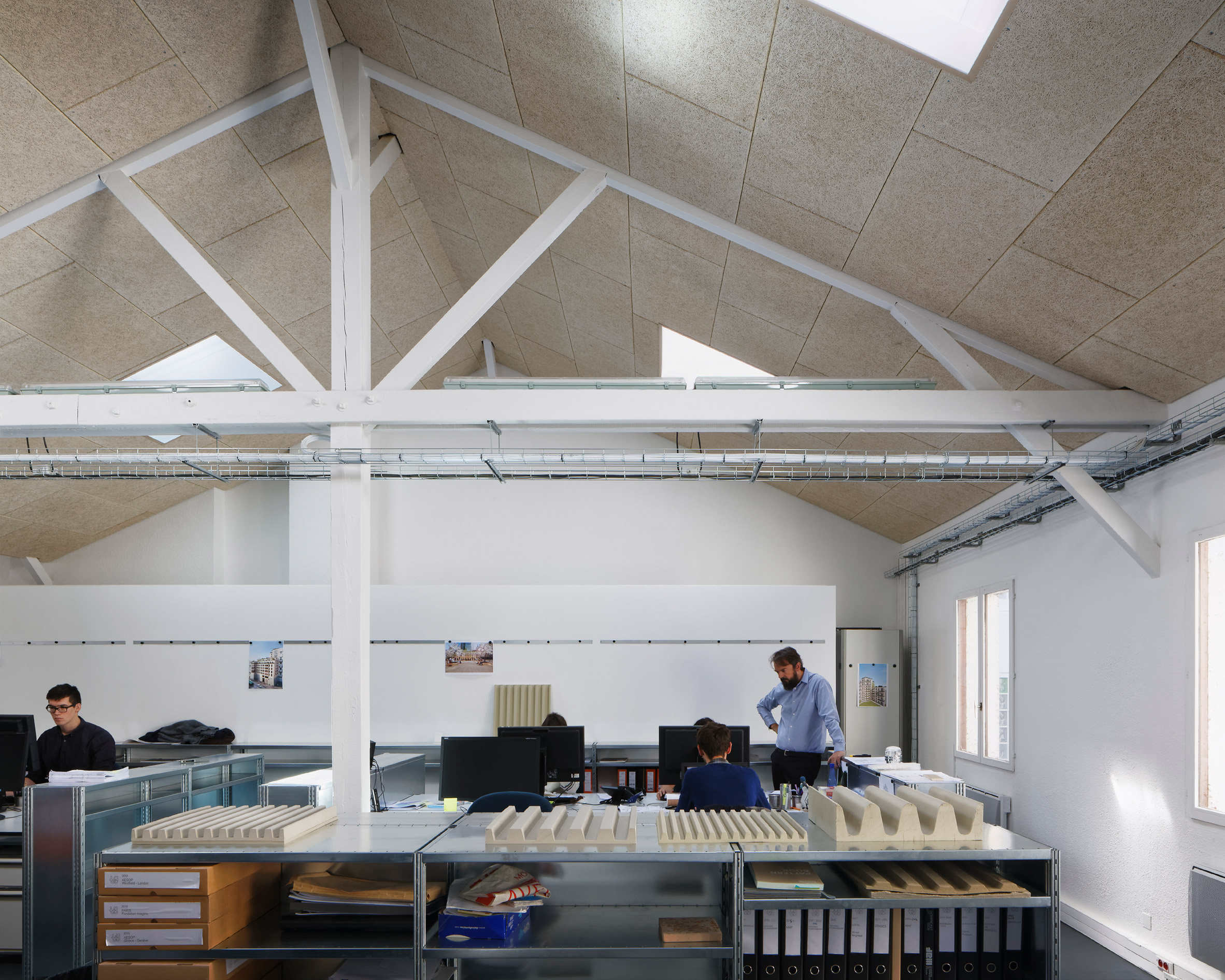 This timber structure was painted white and infilled with natural tone, wood-fibre insulated panels, which assure the acoustic and thermal insulation of the space. These are interrupted by a grid of skylights, which floods the open space with light.

Additional light comes in through windows at both ends of the building. 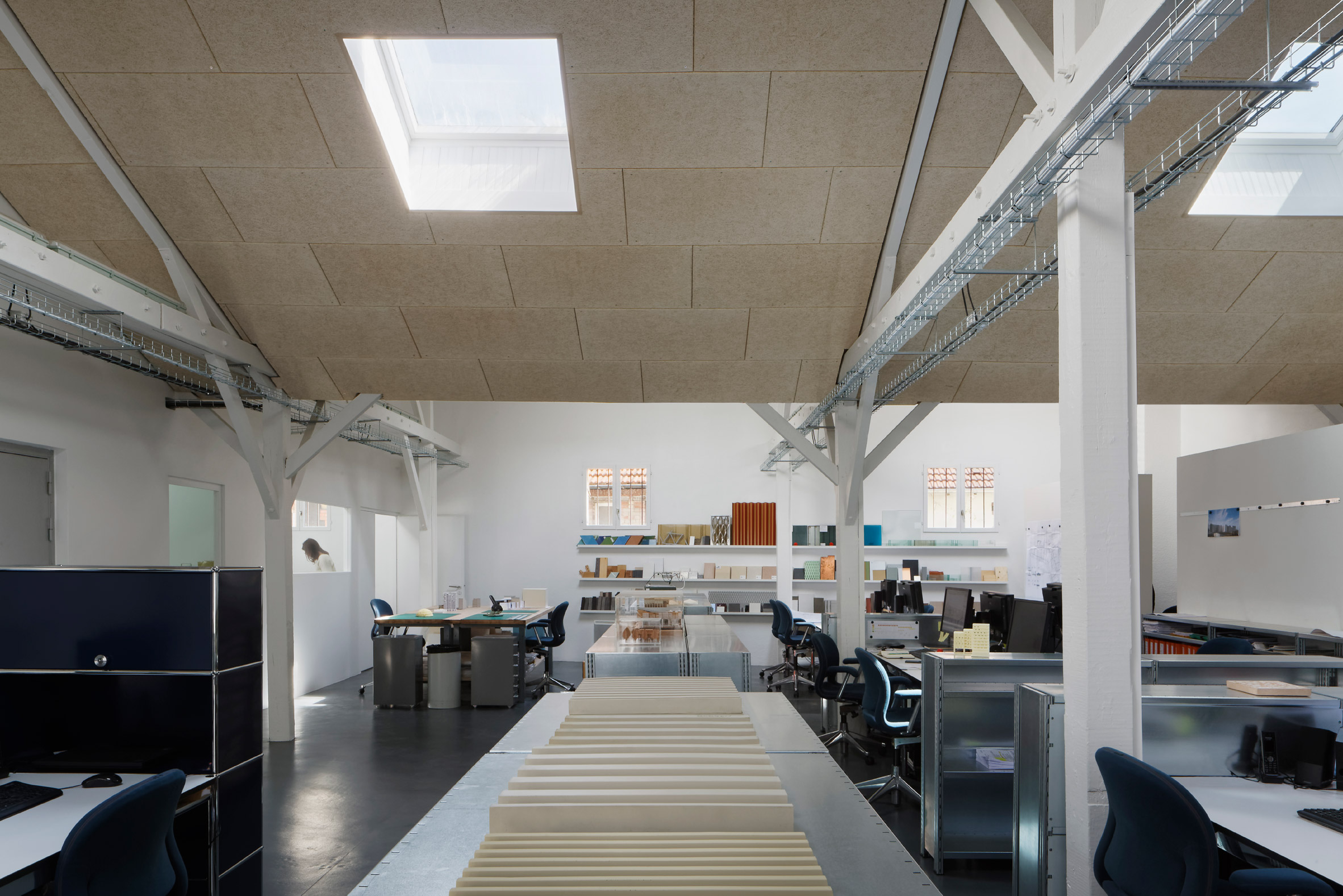 “When we arrived the ceiling was low, with dark offices – we opened-up everything to create a new configuration allowing smaller workgroups within a larger open space,” architect Nicholas Gilliland told Dezeen. 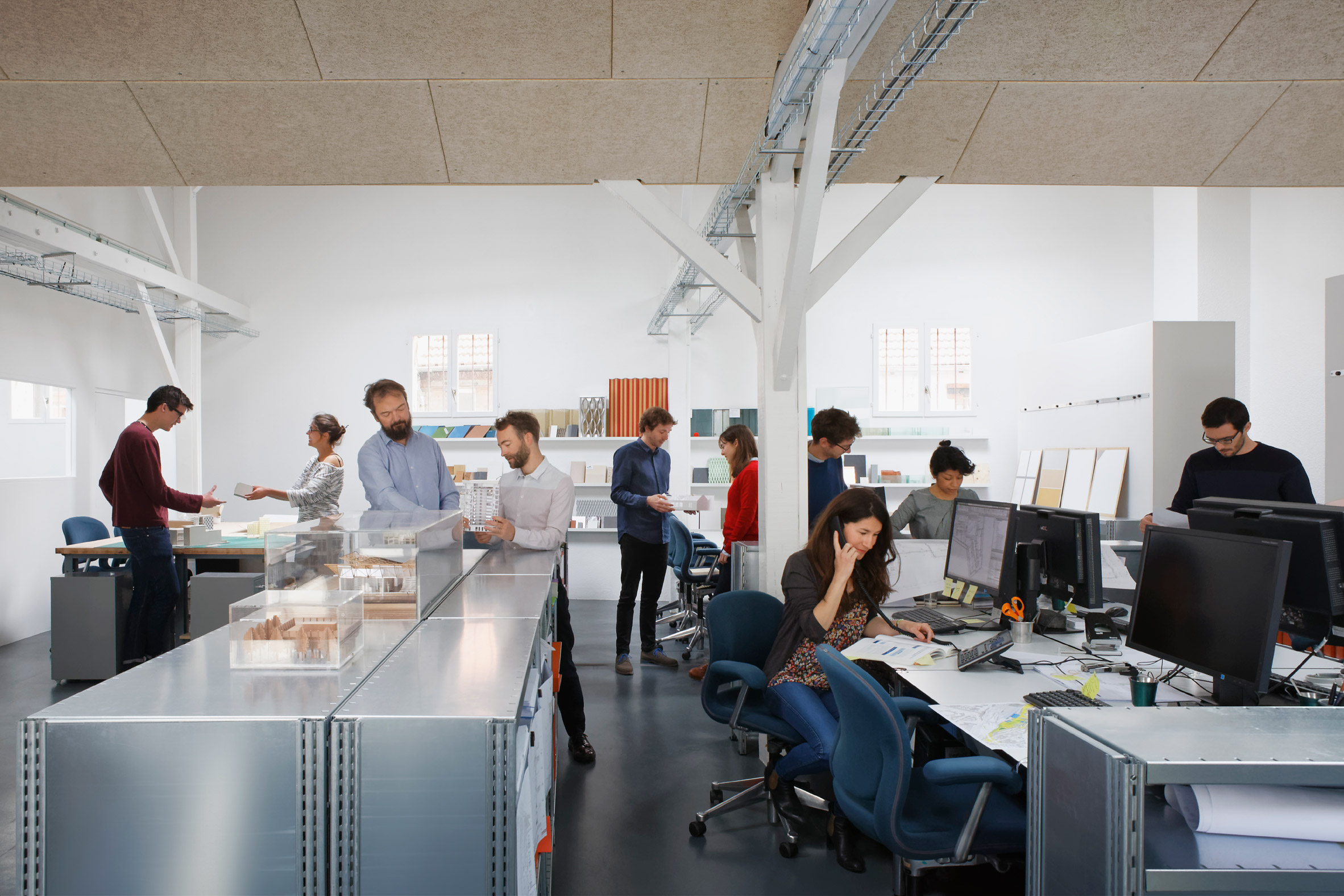 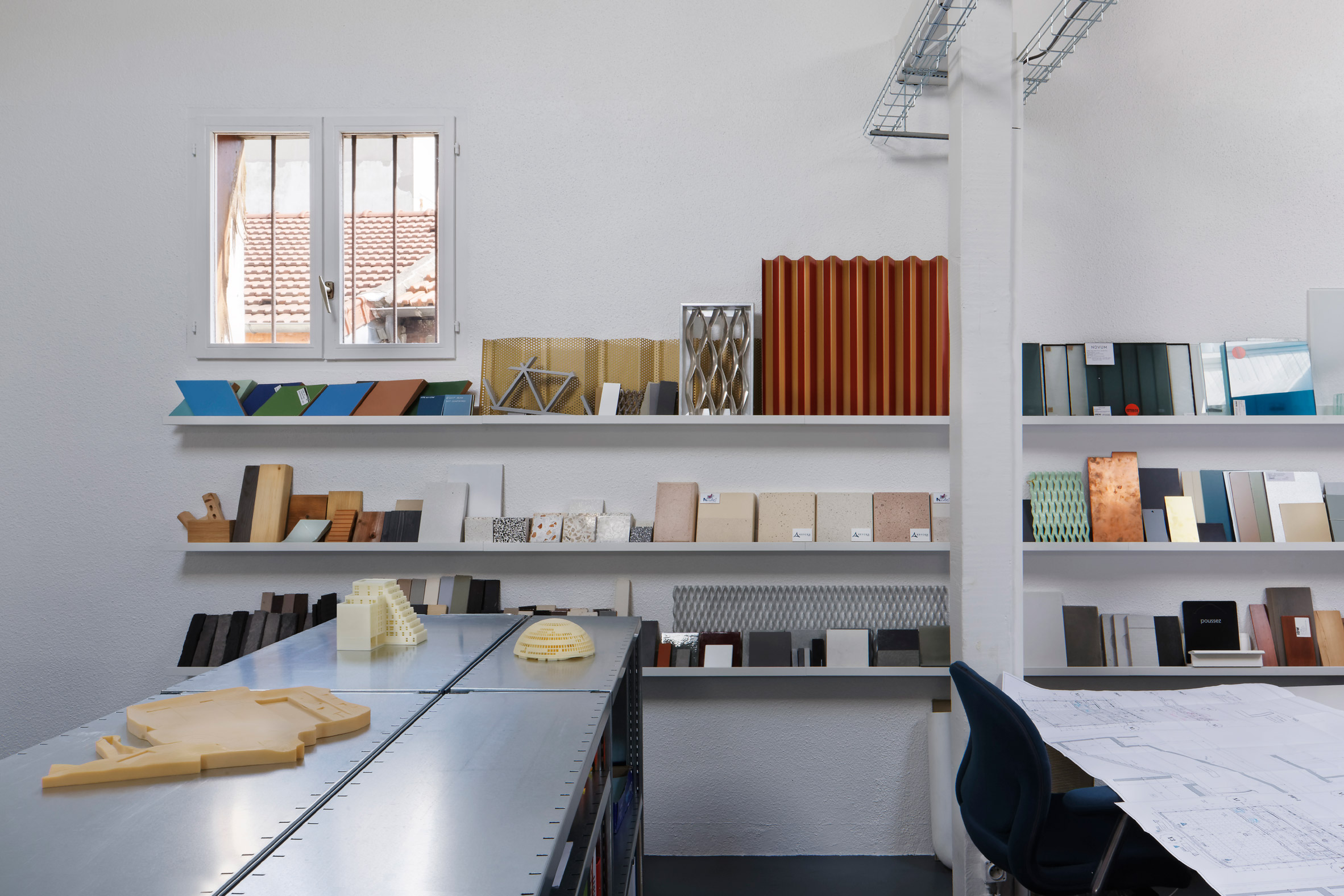 For the interior, butcher-block tables provide space for the studio’s architectural models. There is also a “material wall” at one end of the workshop displaying samples for ongoing project research, as well as furniture from USM and Herman Miller. 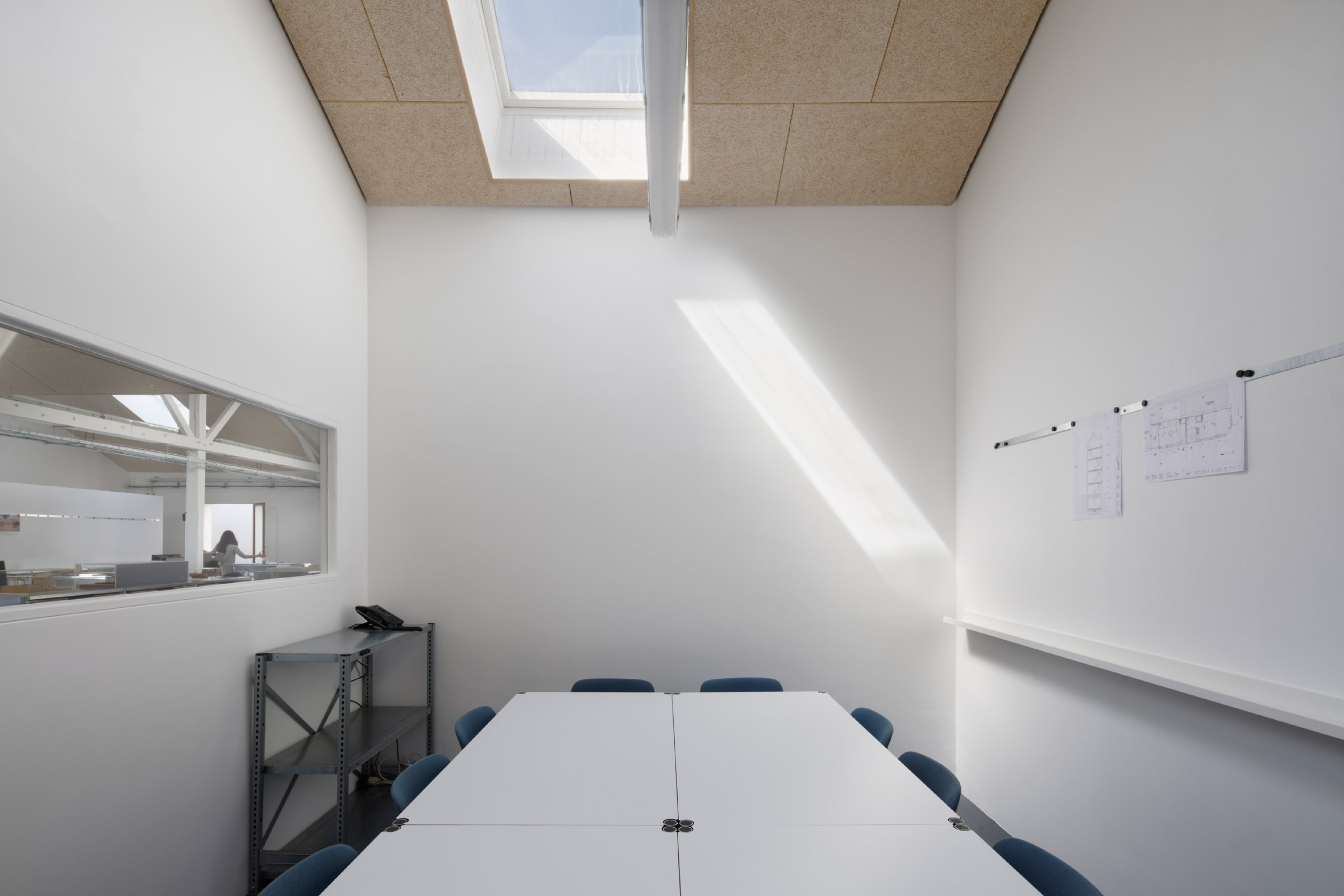 “Privacy is enhanced by one-metre-high lateral shelving at each desk,” said Gilliland. “The acoustic treatment of the ceiling keeps down noise pollution in the open space.

“Teams use the two small and large conference rooms for additional quiet space or group meetings.” 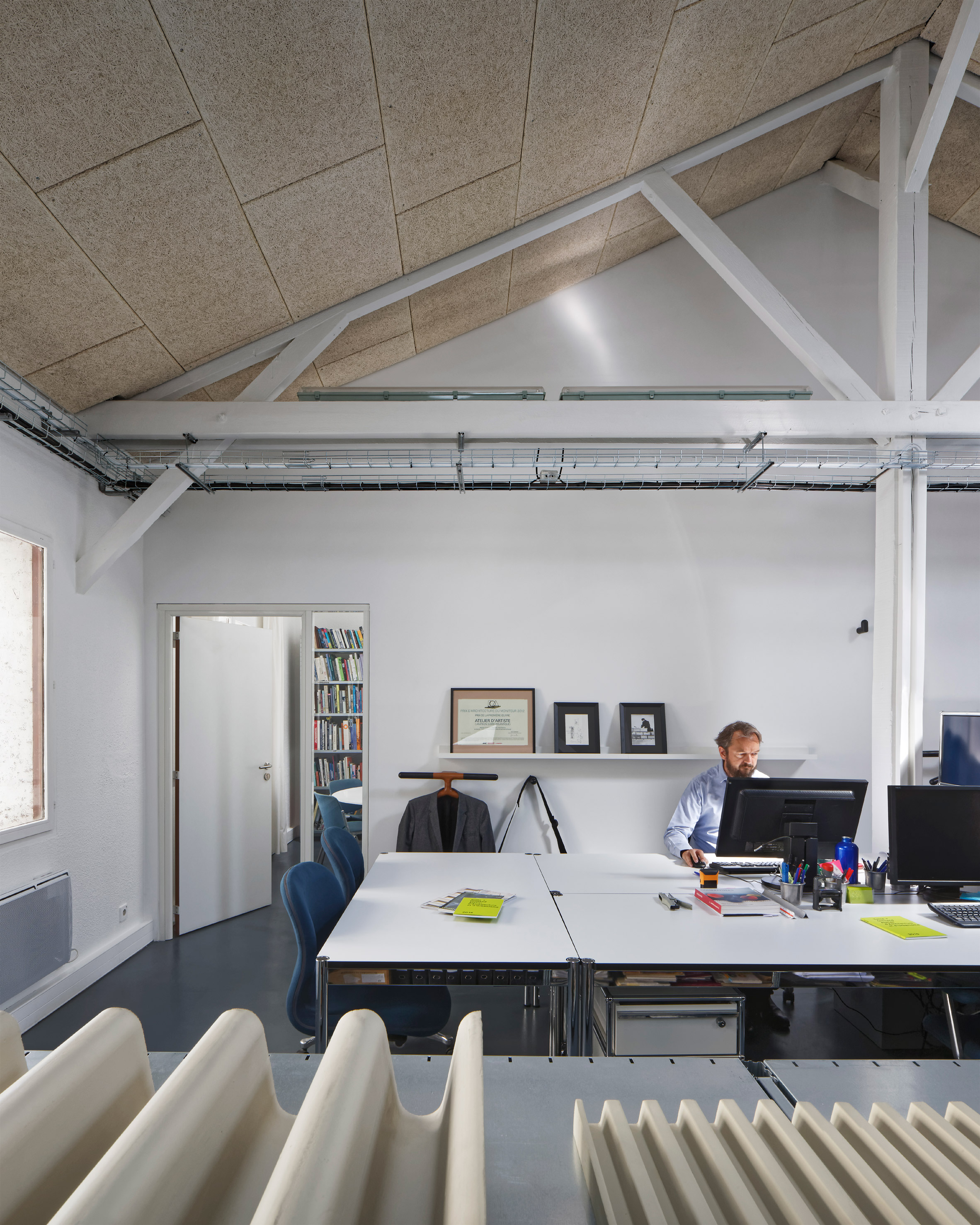 Tolila and Gilliland launched their studio in 2003, working on both architecture and urbanism projects spanning private and public sectors.

Past projects include a corrugated steel shed that provides studio space and accommodation for artists near Nantes, France, and the conversion of a jewellery shop into a felt-lined Aesop store in London.

Photography is by Camille Gharbi.