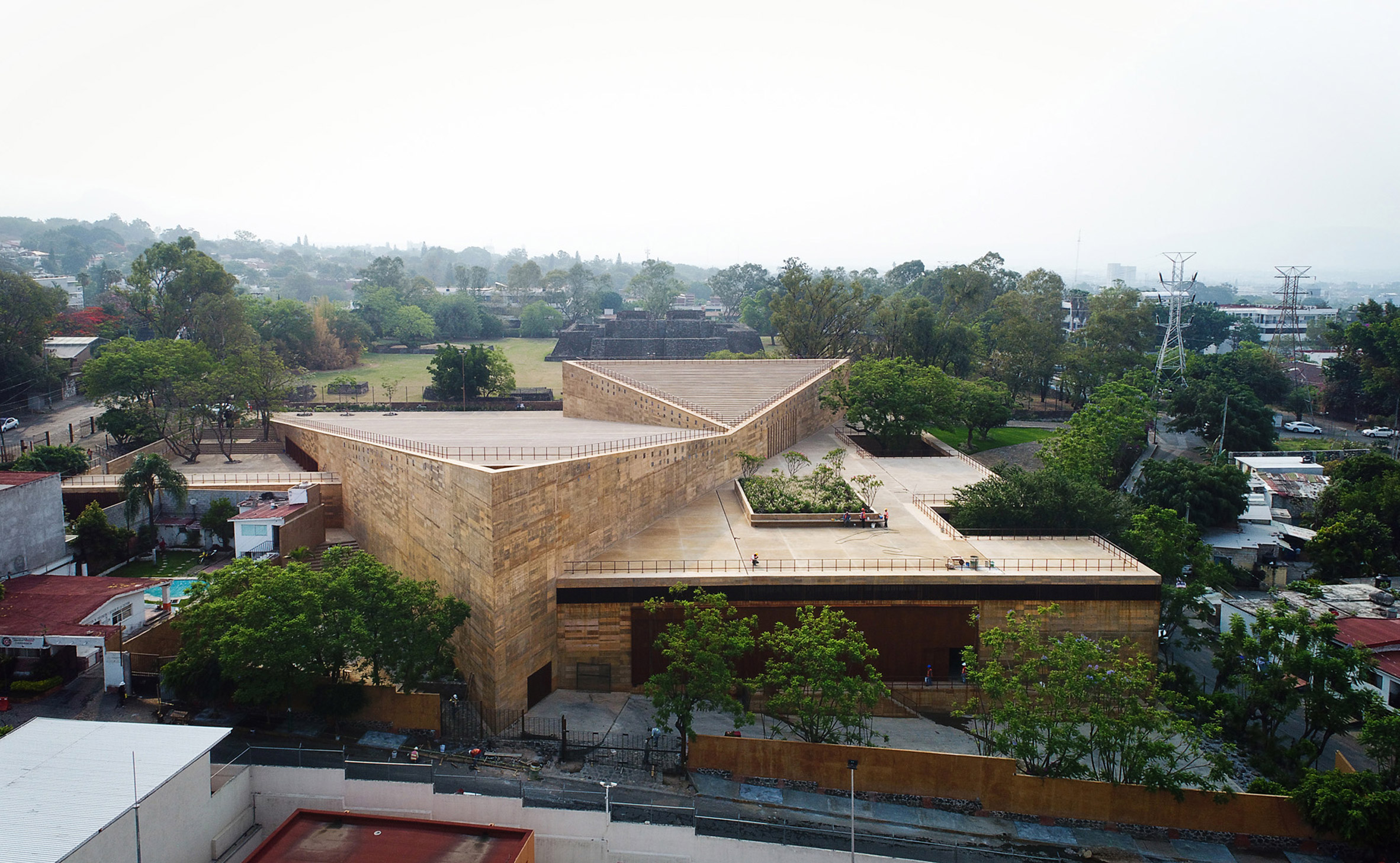 The Teopanzolco Cultural Center is situated in Cuernavaca, the capital of the state of Morelos, and adjoins an archaeological site with Aztec ruins. The team incorporated triangular geometries that allude to the pyramid-shaped temples built by the ancient civilisation, which flourished in the region between the 14th and 16th centuries. 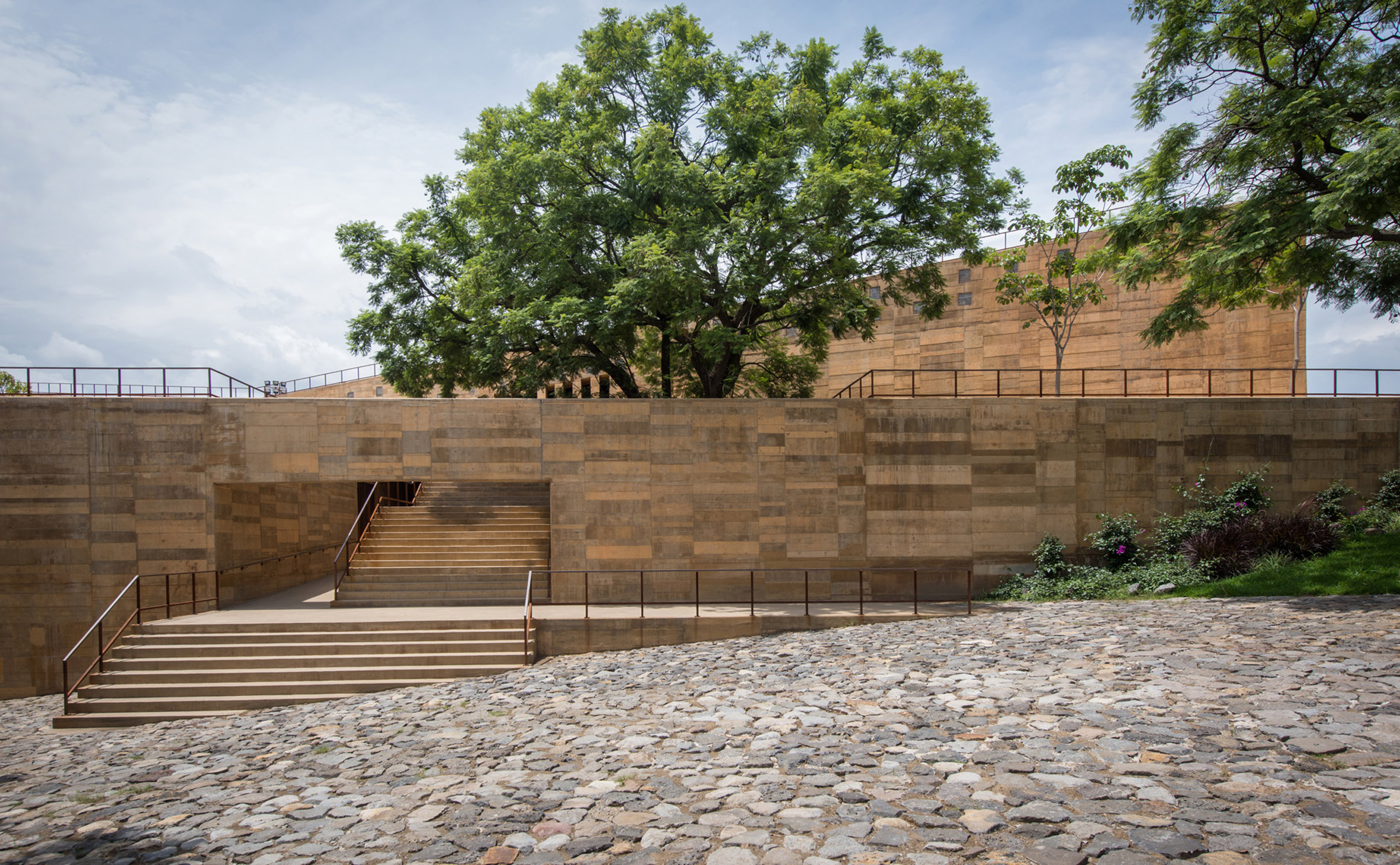 Embedded in a gently sloping urban site, the 7,000-square-metre building is composed of two adjoined volumes that differ in height but are both triangular in plan. Their exterior walls are clad in variegated stone. 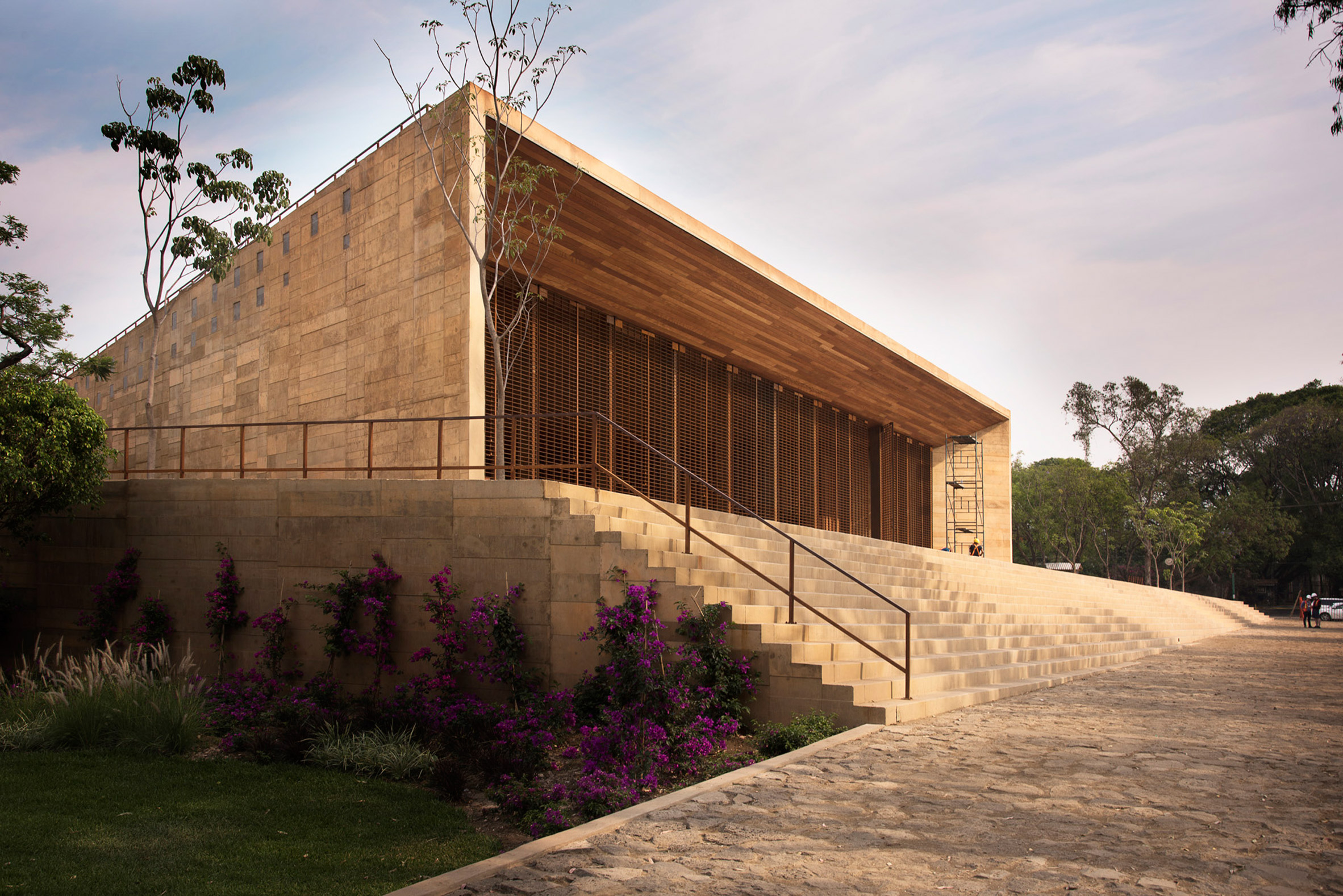 The shorter, single-storey volume contains a small black box theatre, dressing rooms and staff areas. It has a flat, landscaped roof that serves as a patio. 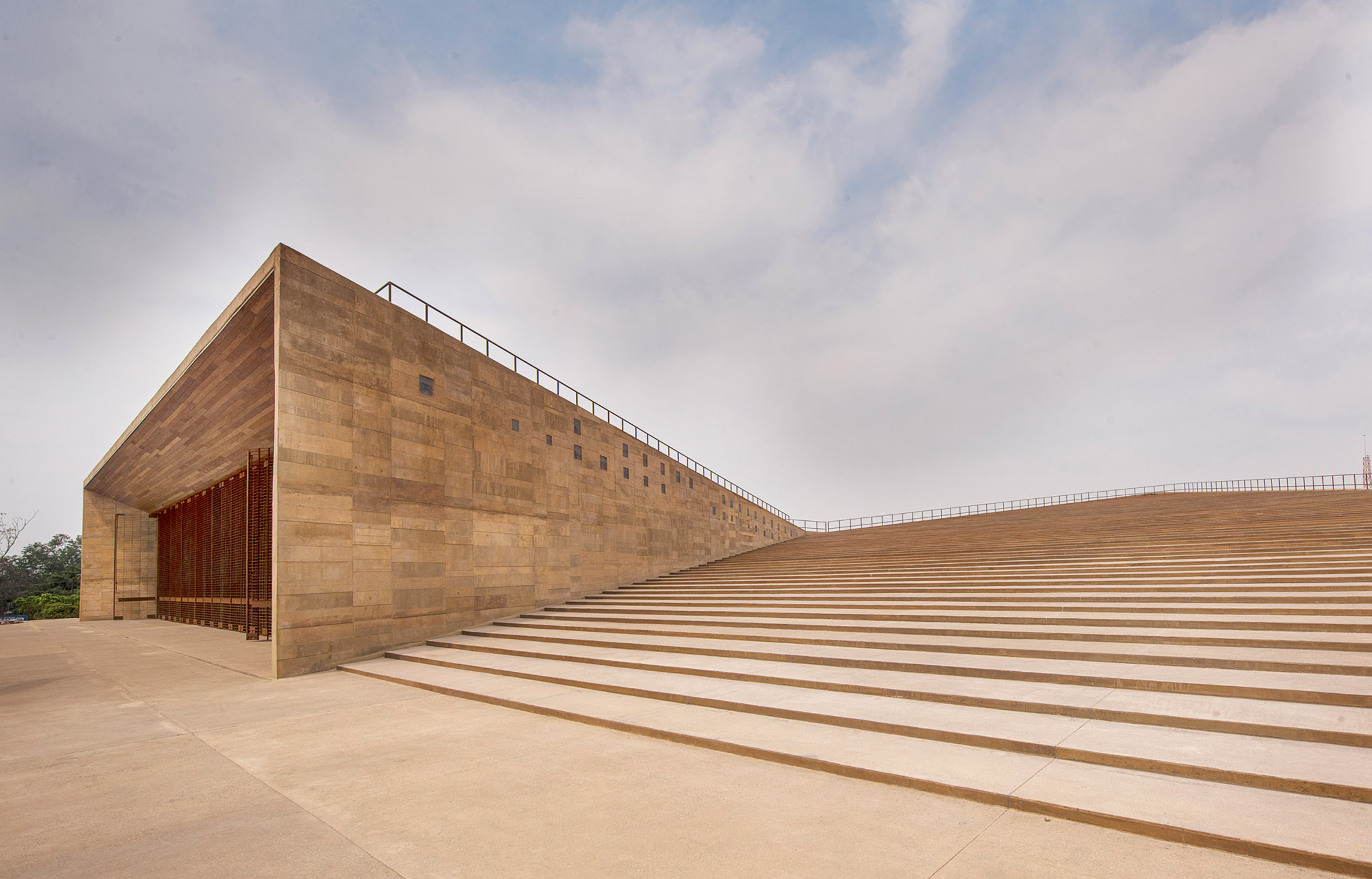 The taller volume, which houses the concert hall, is topped with a wide terraced plane that slopes upward from a horizontal platform and acts as an open-air auditorium. 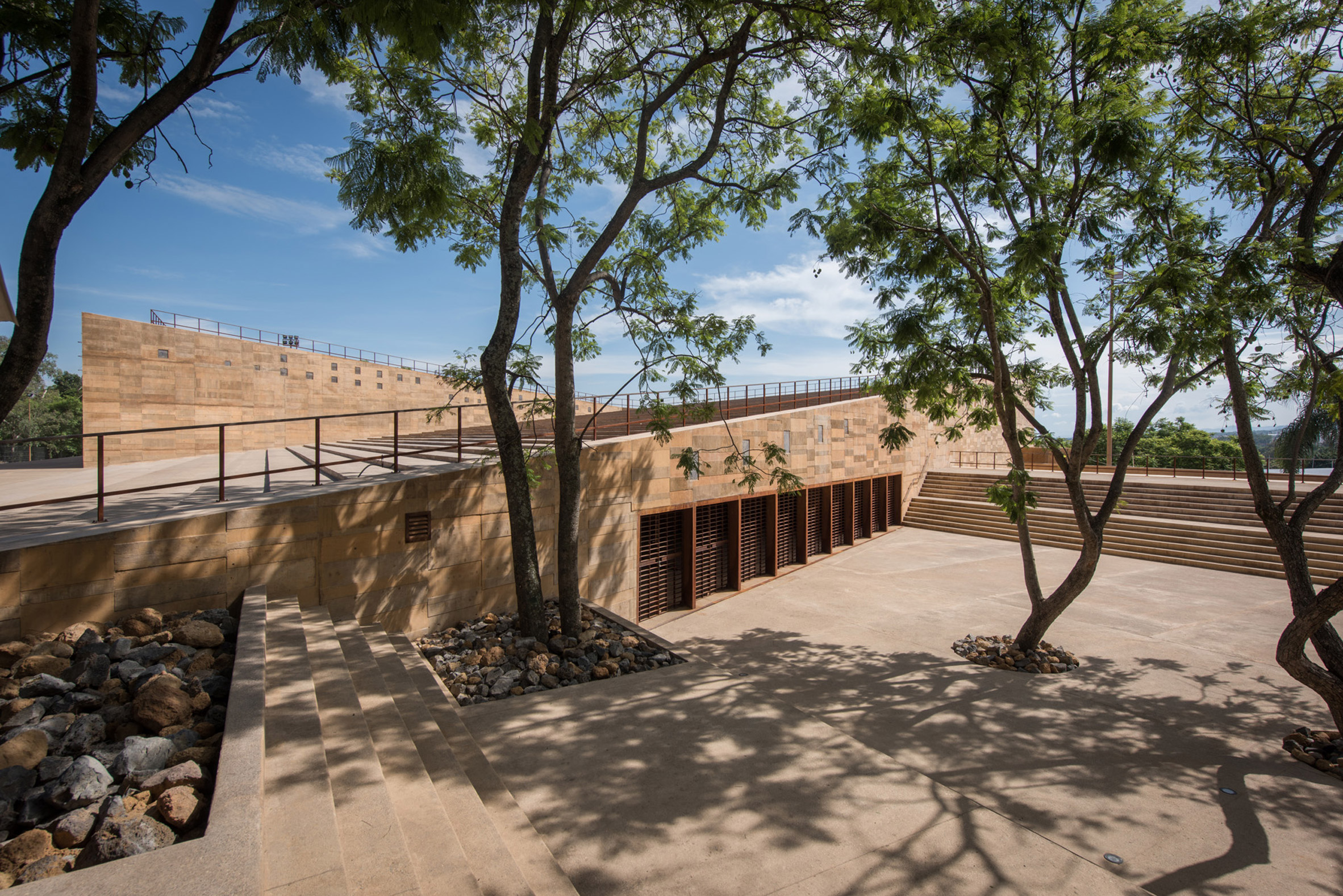 “The main triangular-shaped roof comprises a large stepped ramp that emerges from the intersection with a horizontal platform that surrounds it, and substantially reduces the physical presence and visual impact of the new building,” said Productora, an architecture studio based in Mexico City, which worked with Broid on the project. 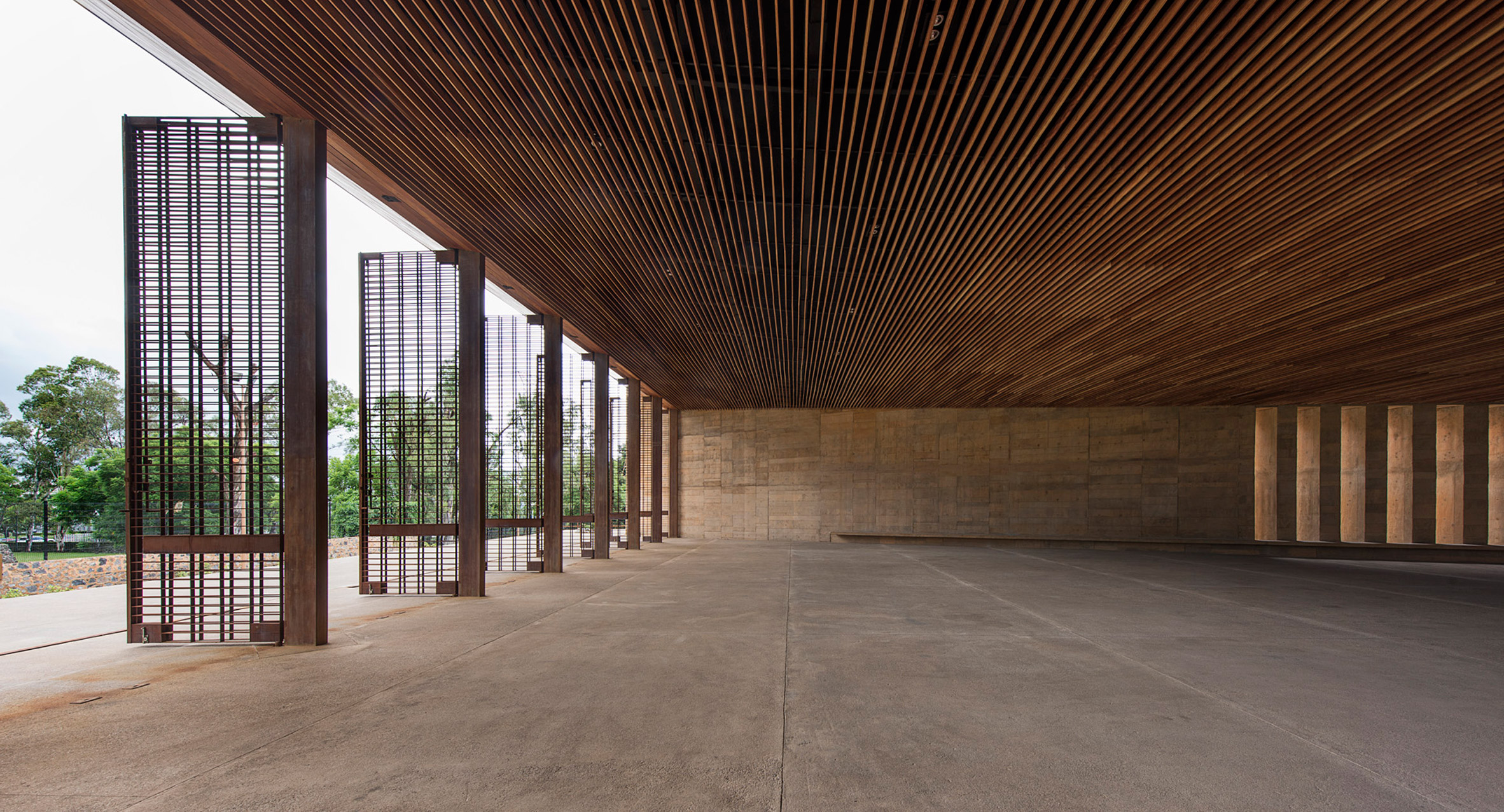 “Both platforms descend in opposite directions and create a visual interplay of inclined planes that can be appreciated from different points of the building.” 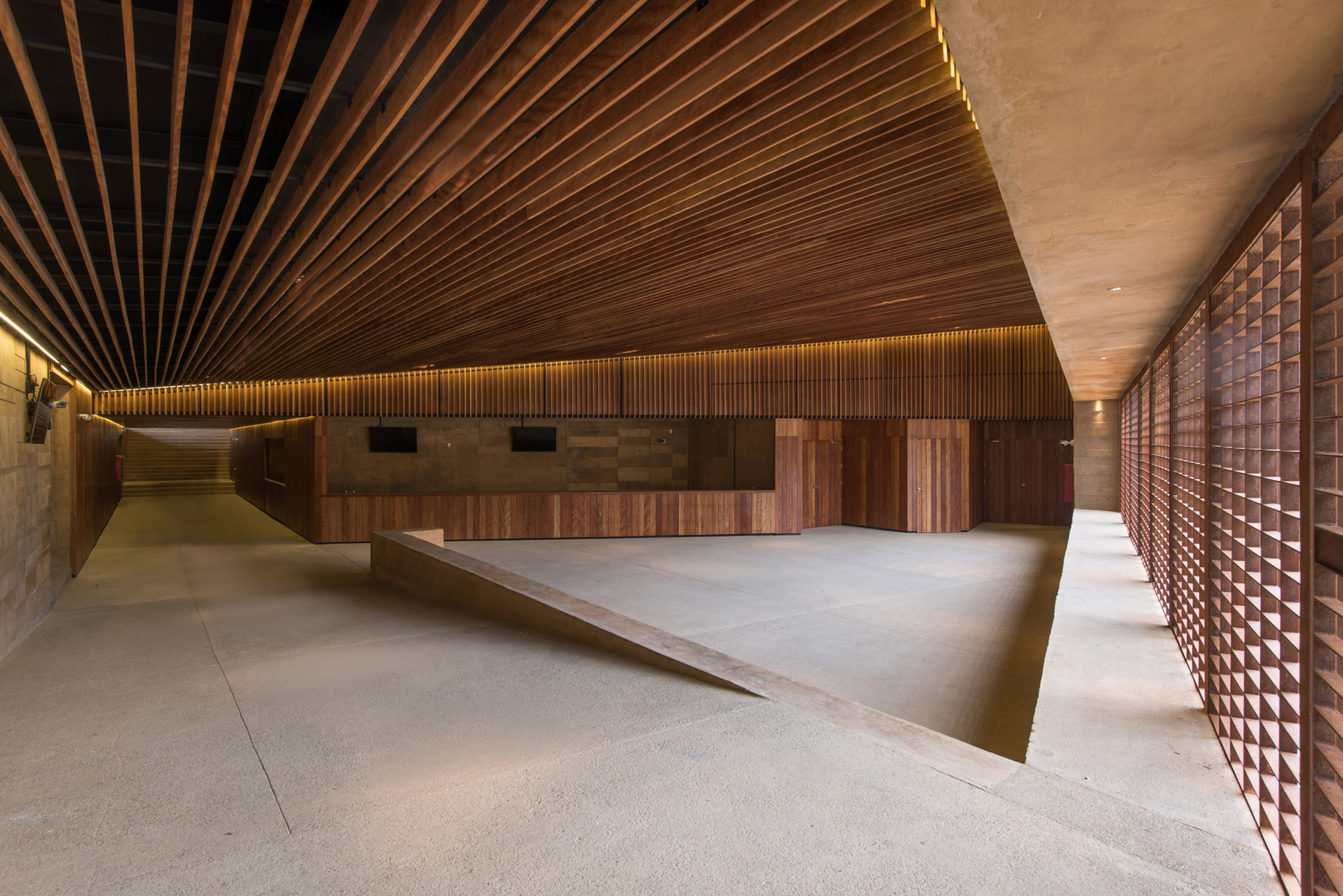 Emerging from the upper roof is a triangular enclosure that looks towards the archaeological site and contains the main entrance to the 900-seat concert hall. Pivoting screens enable fresh air to enter the lobby, helping the centre avoid the use of mechanical air conditioning.

“The axis of composition of the triangular floor plan of the entrance space was deliberately aligned with the main pyramid,” the team said. 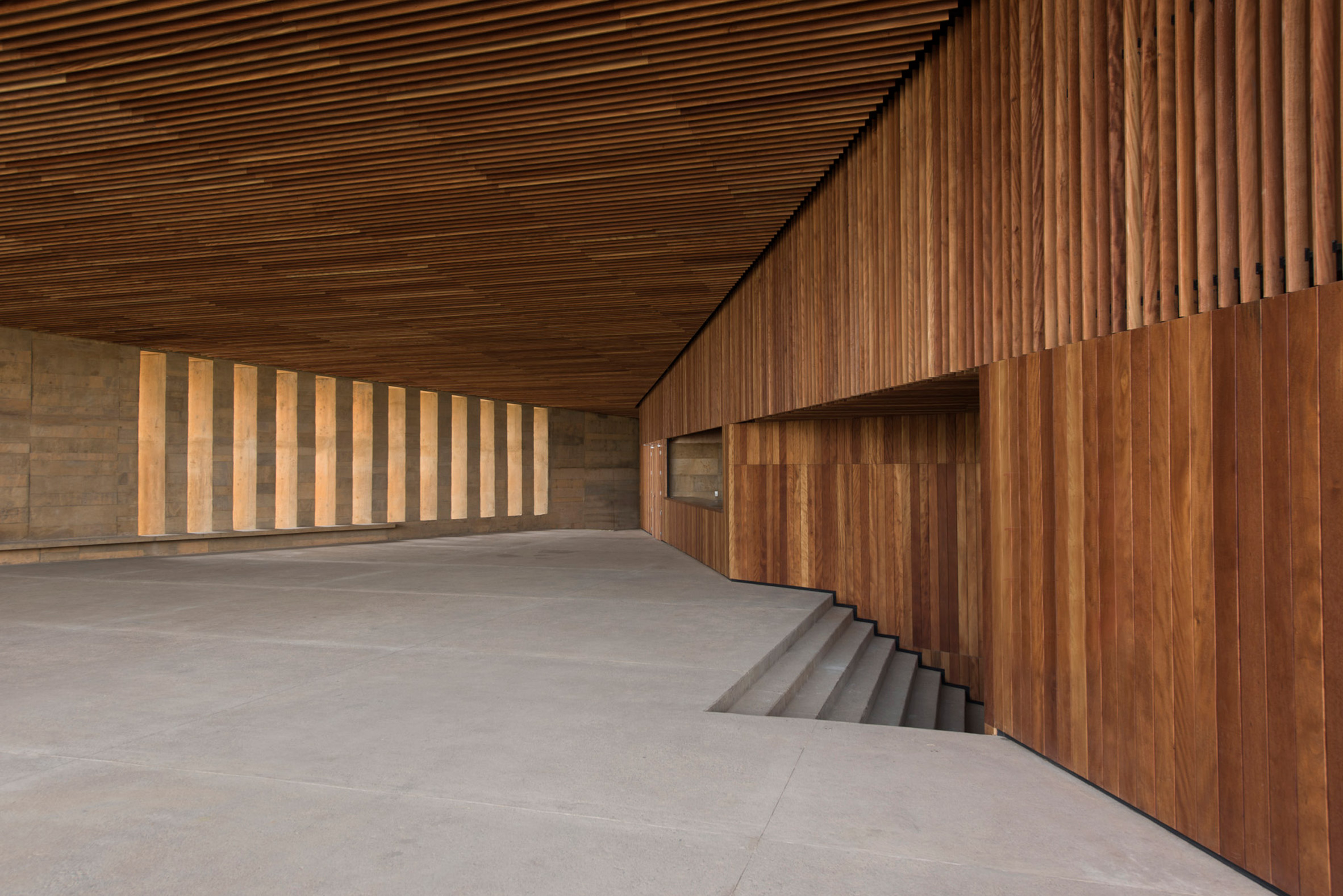 “As a result, the lobby placed exactly opposite the pyramid becomes a viewpoint and a space for meeting before or after events, and a space that establishes an ongoing dialogue with contemporary cultural life and the presence of the past.” 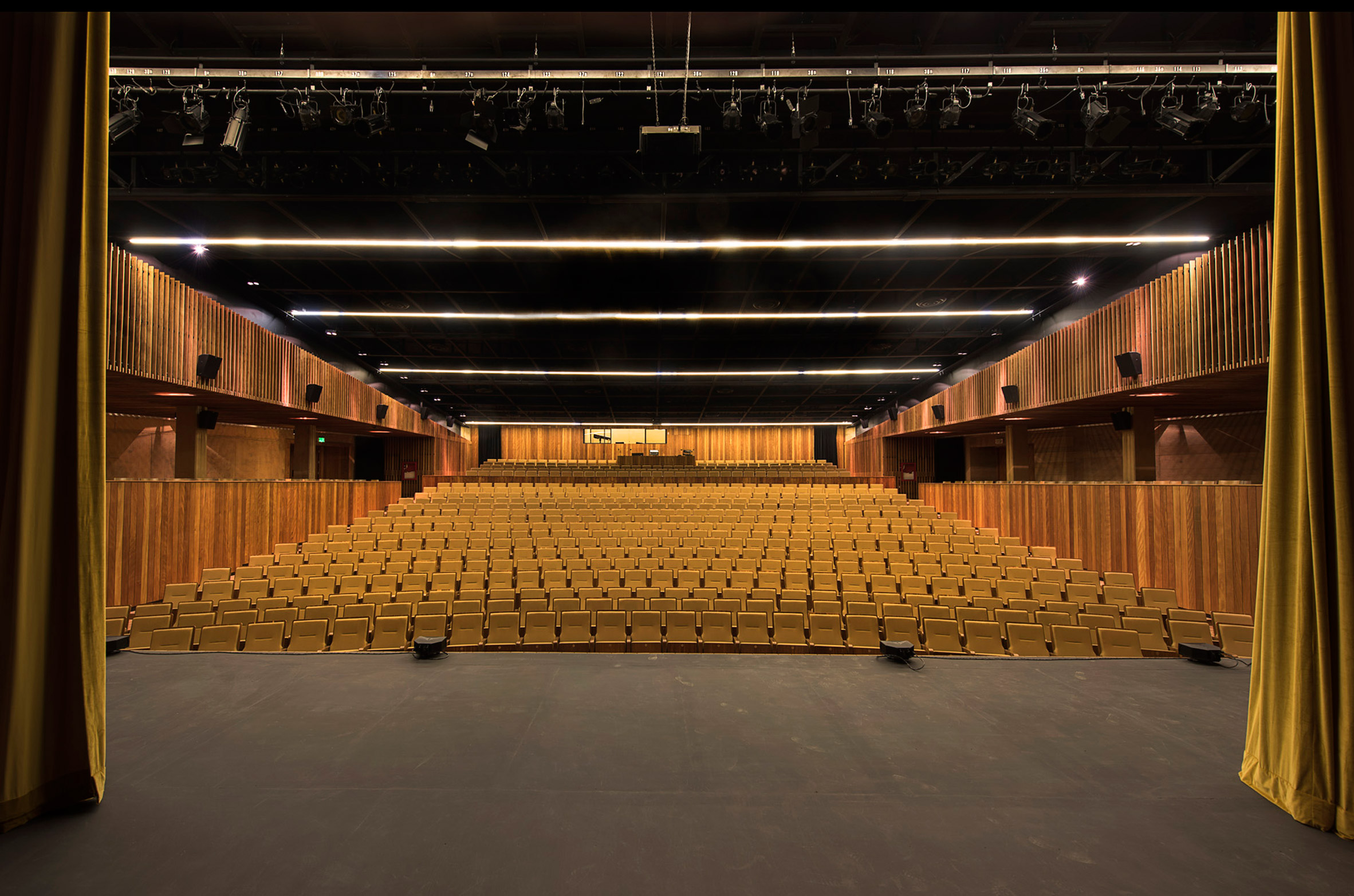 Inside, the team wrapped walls and ceilings in warm-toned wood. Golden upholstery was used for seats and curtains in the concert hall.

Other projects by Productora include a two-storey steel addition to the back of a bungalow in California. 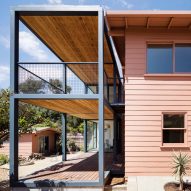