AIX Arkitekter has completed an exhibition hall and shelter, to protect the site of a ninth-century church in the village of Varnhem, southwest Sweden.

The Stockholm-based studio set a structure with a triangular timber roof on top of excavated ruins within the grounds of Varnhem Abbey.

Excavations at the site in 2005 uncovered the remains of the farm church, which is believed to be Sweden’s oldest discovered Christian church and possibly the country’s oldest building.

The project is named Kata Farm, after the woman who owned the land on which the church was built. Kata’s tomb, dating from the mid-1000s, is one of the attractions at the new museum, which aims to create a simple shelter for the ruins.

“In order to make the old church accessible for visits, the foundations with its burial sites is protected from weather and wind,” said the practice.

“With a structure that works like a roof, the foundation is protected, but also creates a space for exhibiting and explaining the stories about the place and its history.”

The building itself comprises a series of glue-laminated timber beams combined to form trusses in the shape of an equilateral triangle.

These wooden trusses rest on horizontal sill plates, which in turn sit on rows of concrete pillars that raise the structure above the ground.

Externally the roof is covered in planks of tar-treated pine wood that also extend across the triangular gable ends and give the building a homogenous appearance. 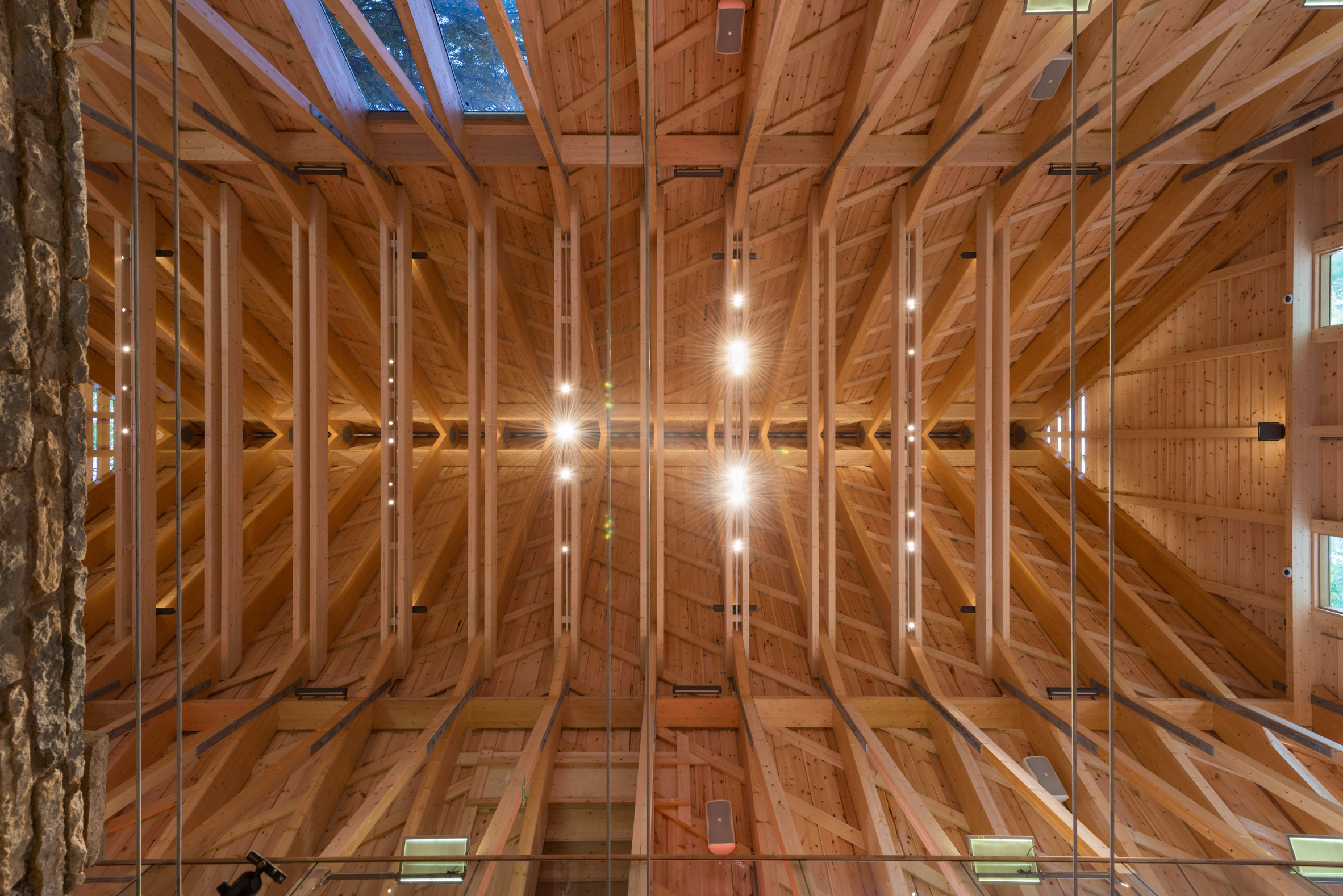 Inside the museum, the exposed trusses and roof appear to complete with the volume marked out by the excavated walls below.

Walkways around the perimeter of the building are lined with glass balustrades that provide uninterrupted views of the excavations. 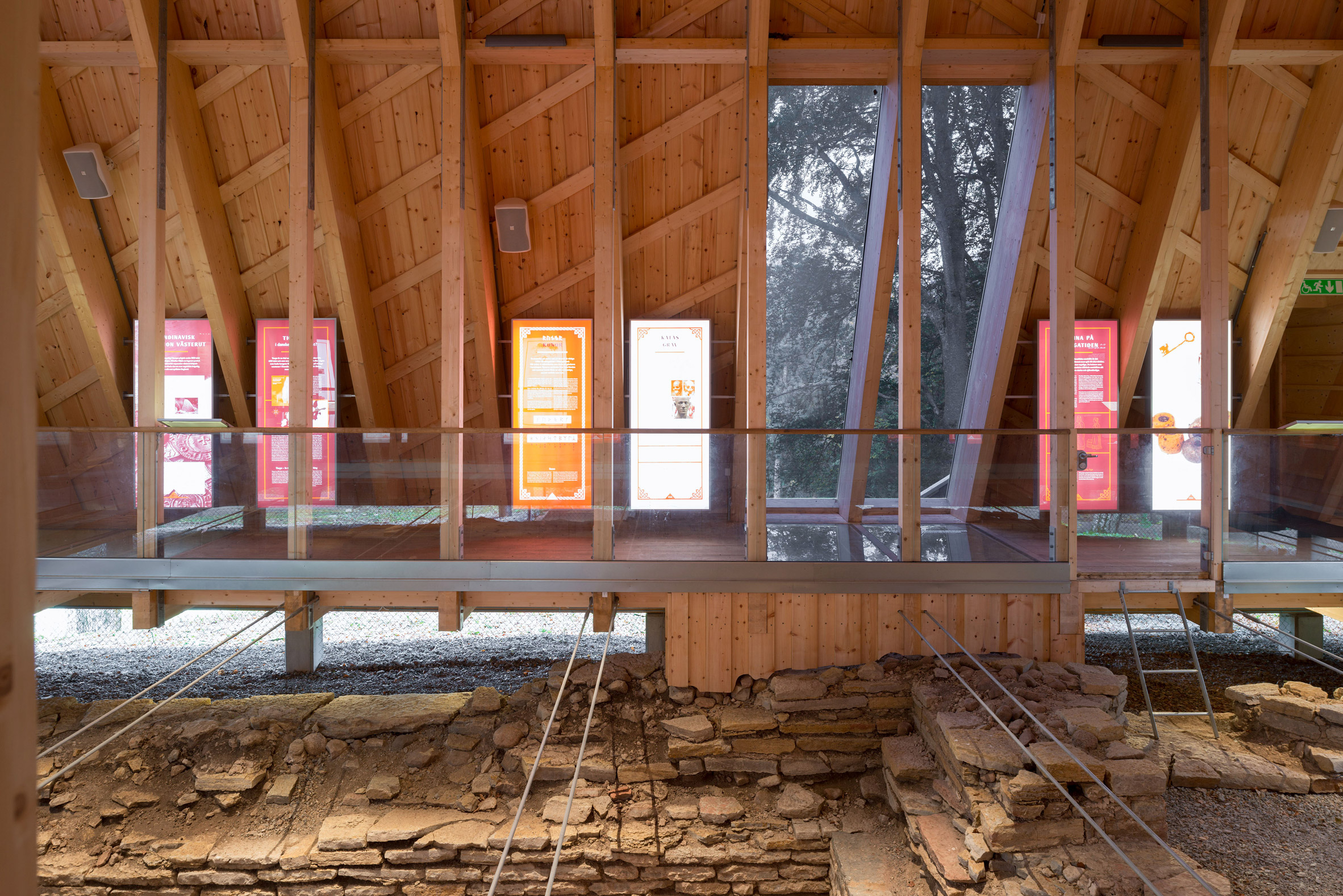 Glass panels set into the floor of the walkway allows visitors to look straight down onto specific parts of the ancient church, including Kata’s tomb.

The decked floor of the excavated building is accessible from outside through an opening in the limestone wall, while a wooden staircase ascends to a terrace outside the main entrance.

On the opposite side of the building, the steeply pitched roof is interrupted by a volume containing a glazed lift that provides an alternative entrance to the main steps. 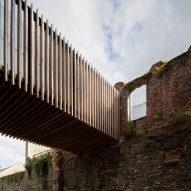 Photography is by Antonius van Arkel.