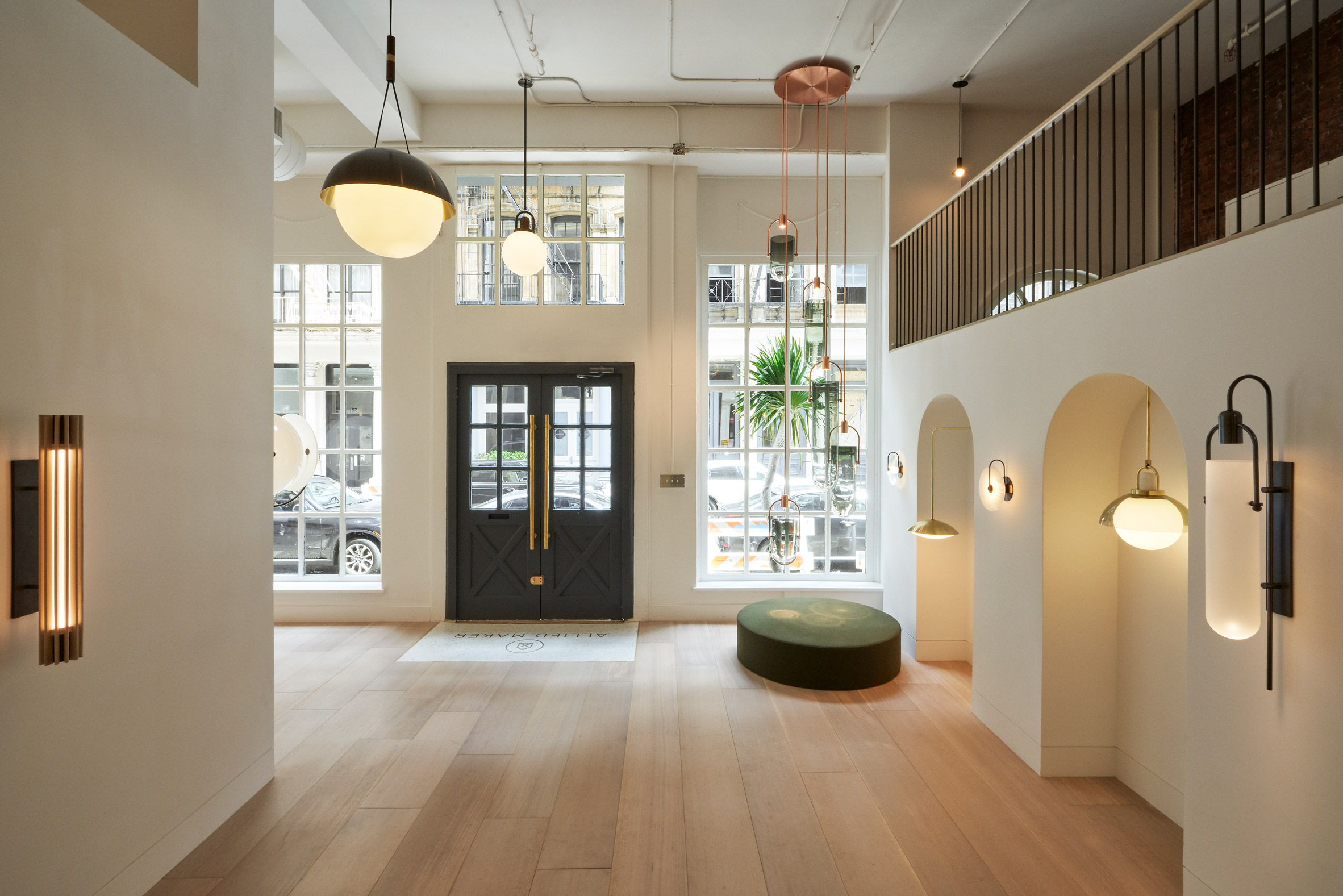 The brand will use it to showcase and sell its lighting products, which are designed and manufactured in Long Island. 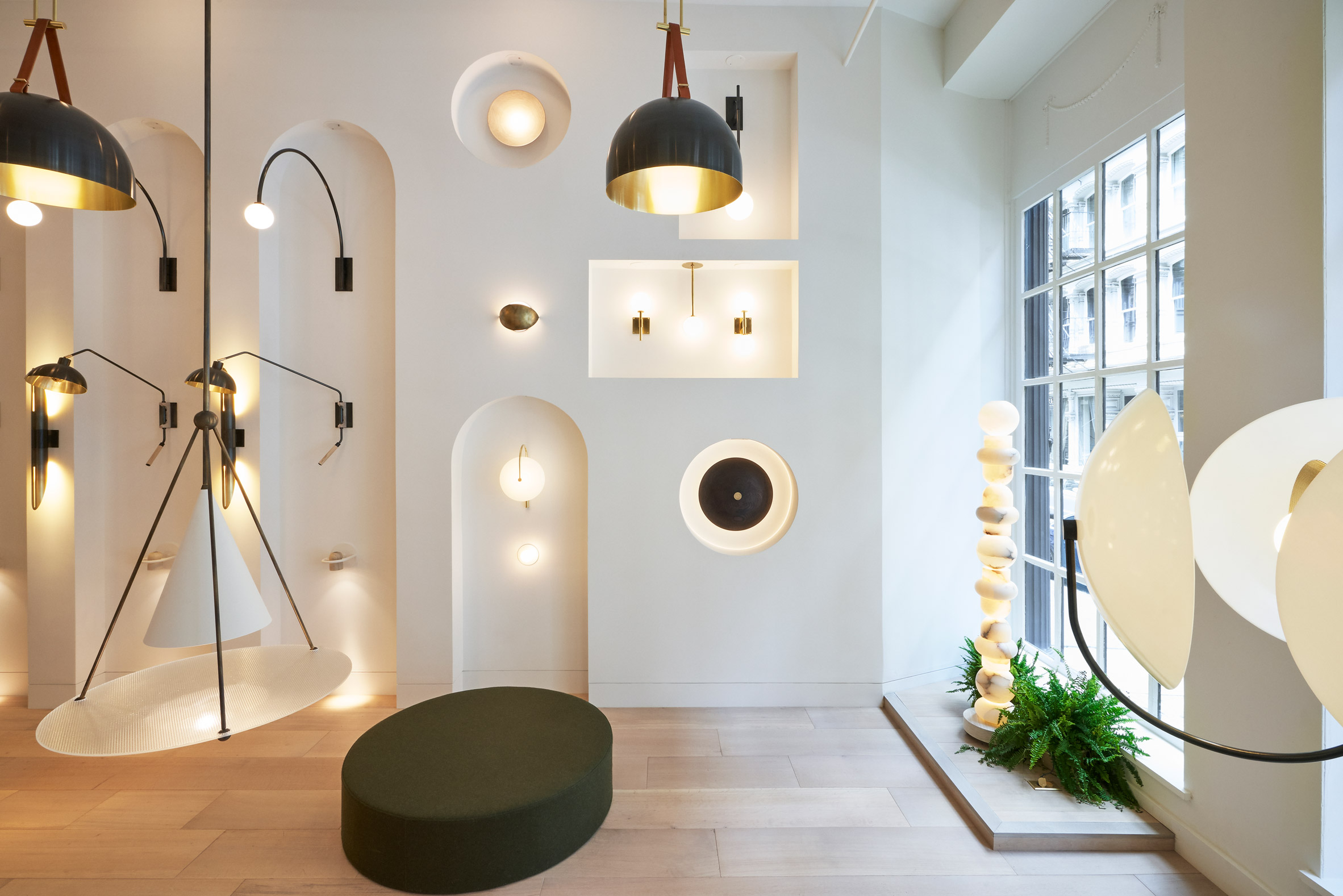 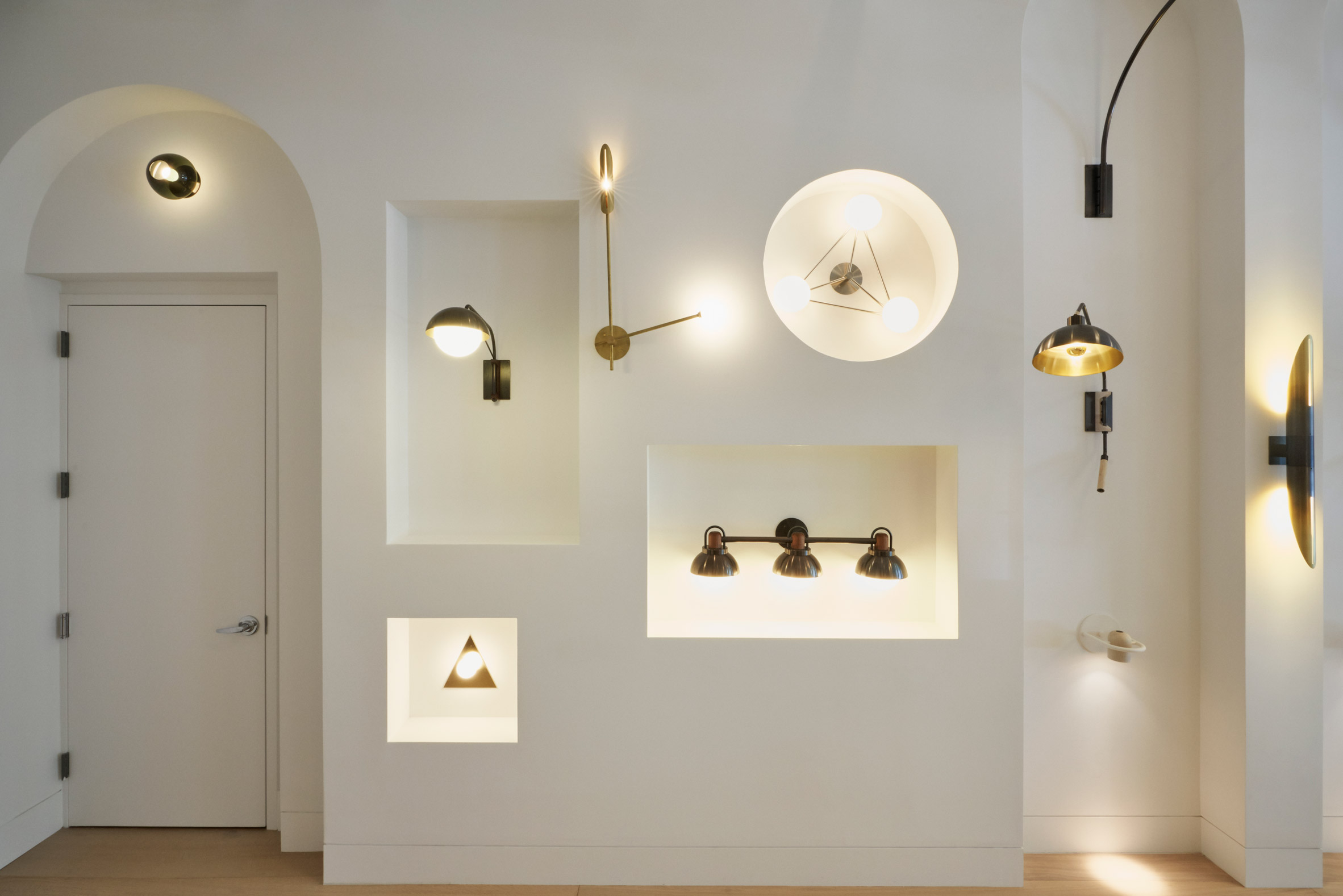 Throughout the space, the team added deep display nooks that echo the shapes of windows at modernist architect Le Corbusier’s Chapelle Notre Dame du Haut – considered one of the most important buildings of the 20th century. 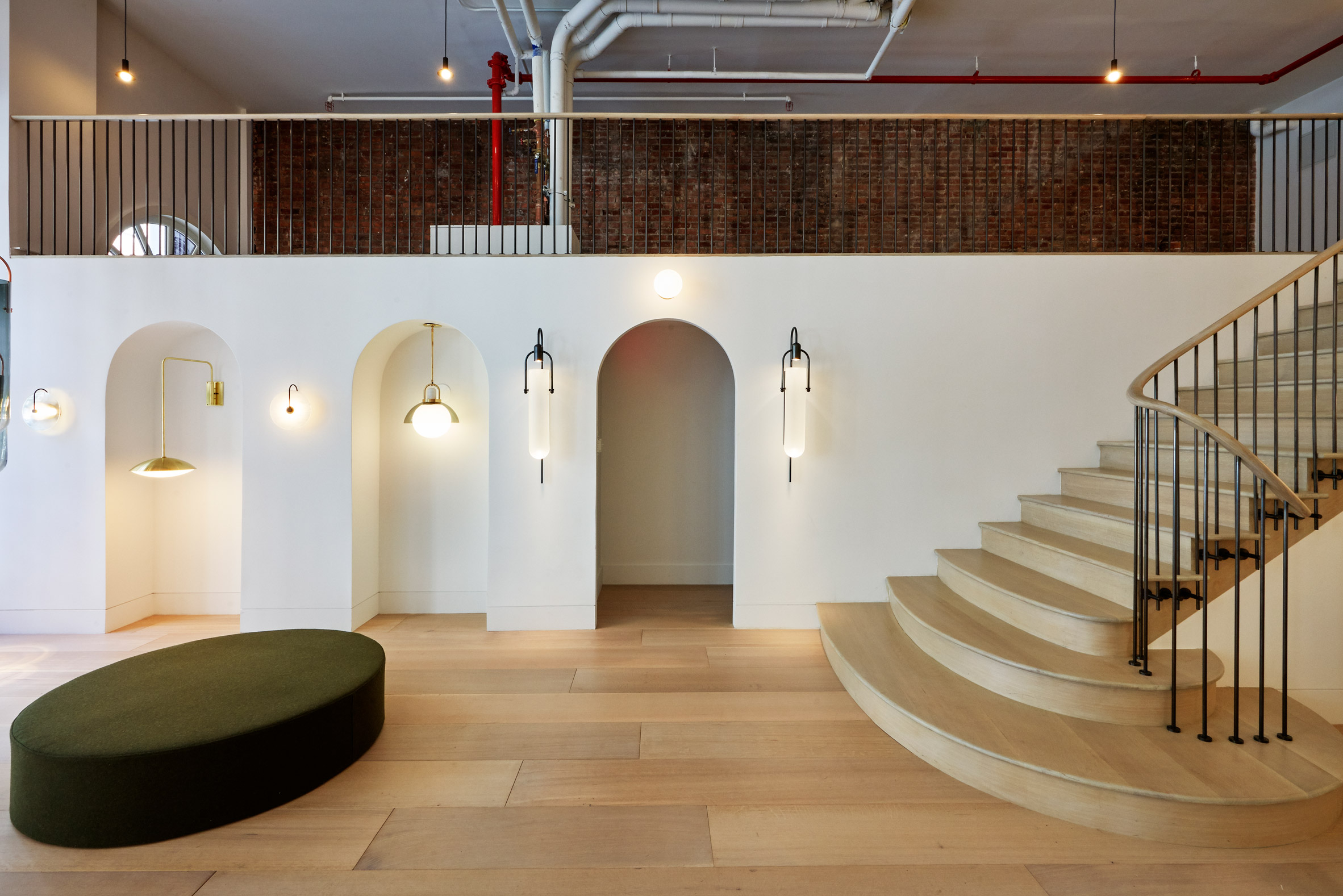 Arches also feature prominently at the showroom, either as openings between rooms or to create more niches for displaying lighting.

Other recesses puncture the walls in square and circular shapes as a reference to the studio’s lighting designs, which similarly exploit a range of geometries. 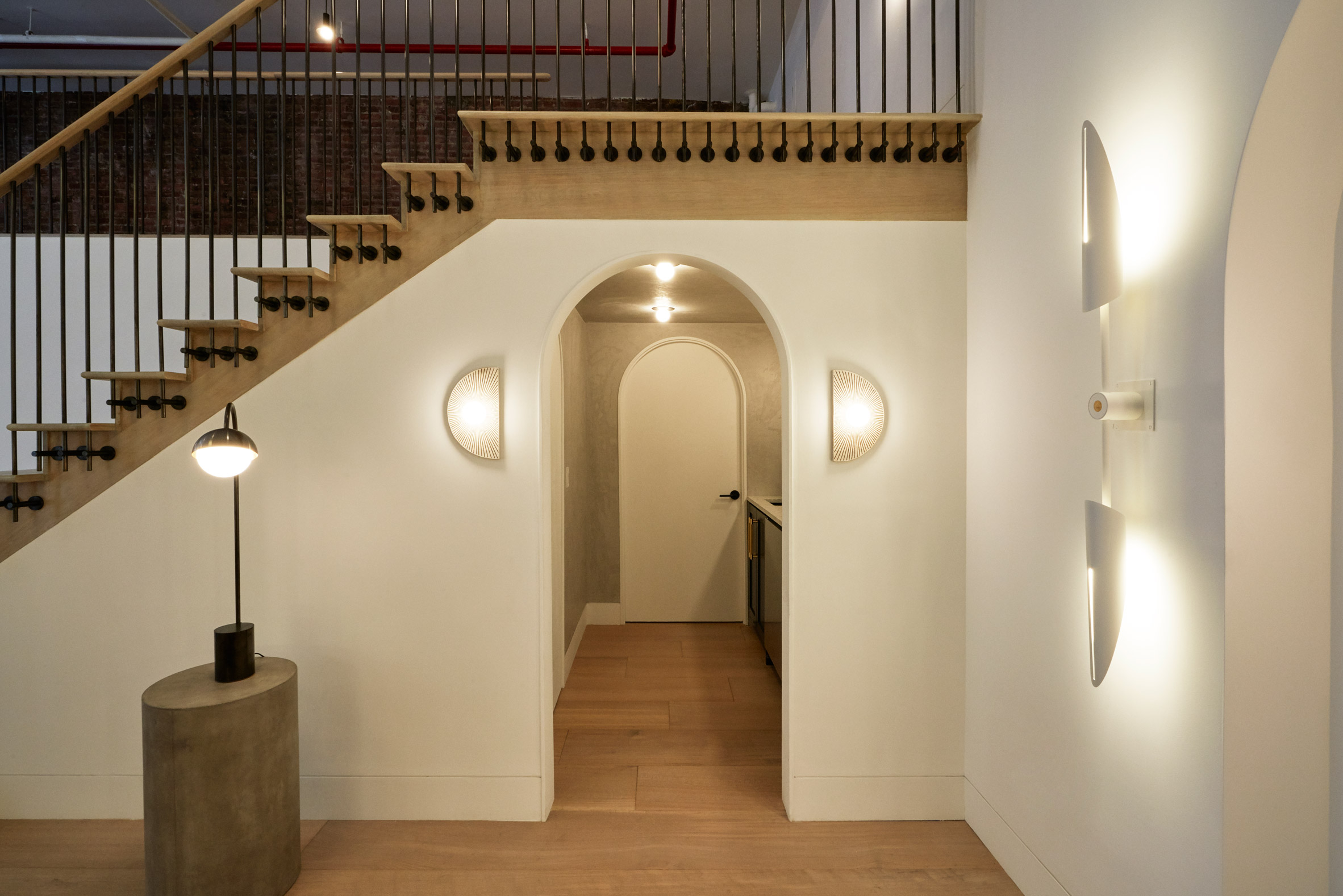 “The niches in the west wall were originally inspired by the deep and randomly placed light-filled windows at Le Corbusier’s chapel in Ronchamp and served as a way to display their lighting fixtures,” said Mesarch Studio in a statement.

“The archways around the showroom, an obvious departure from Corb’s vision, echoed the geometry in some of the brand’s more popular fixtures.” 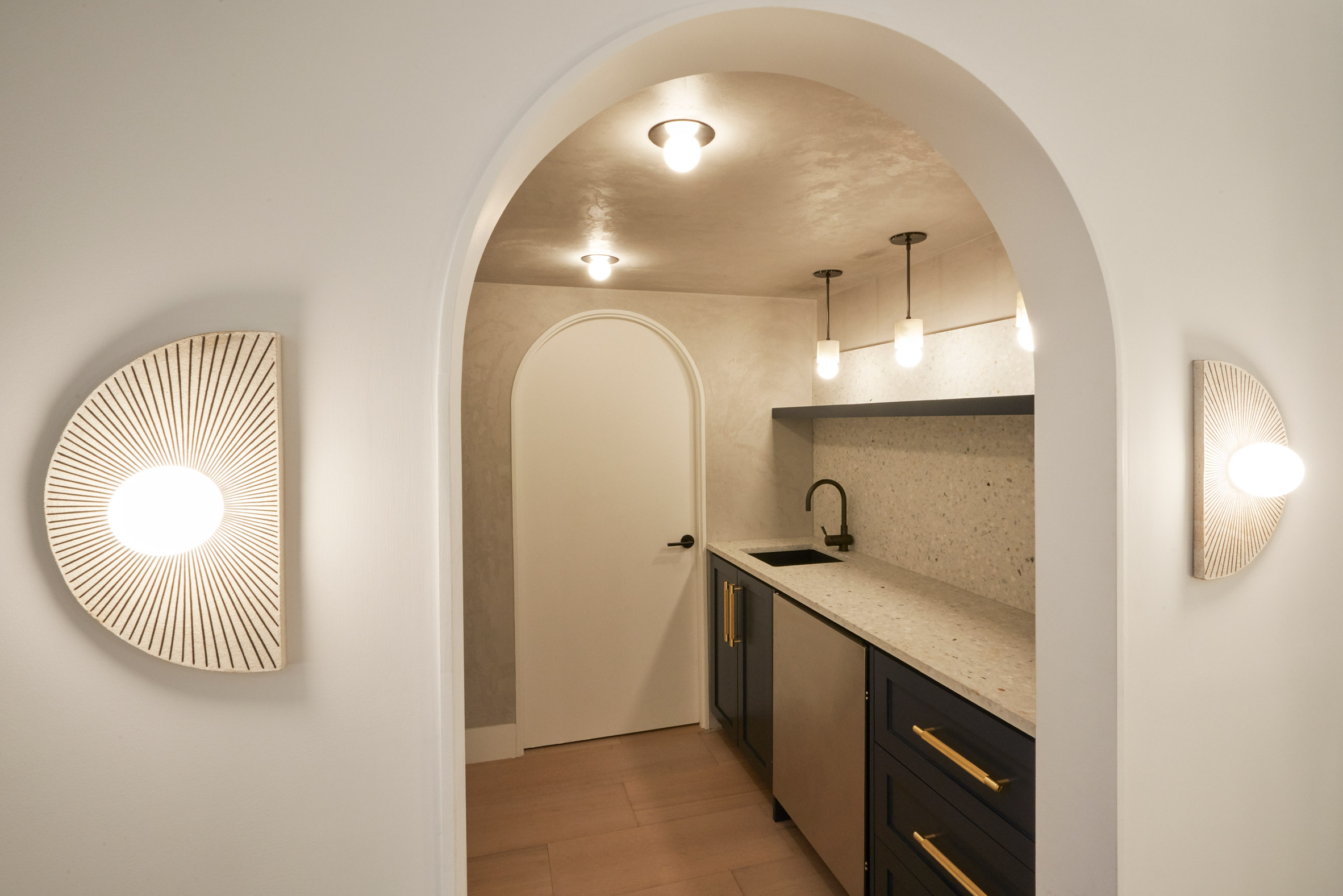 The showroom occupies the ground floor, where circular benches in green and orange hues provide seating for visitors. 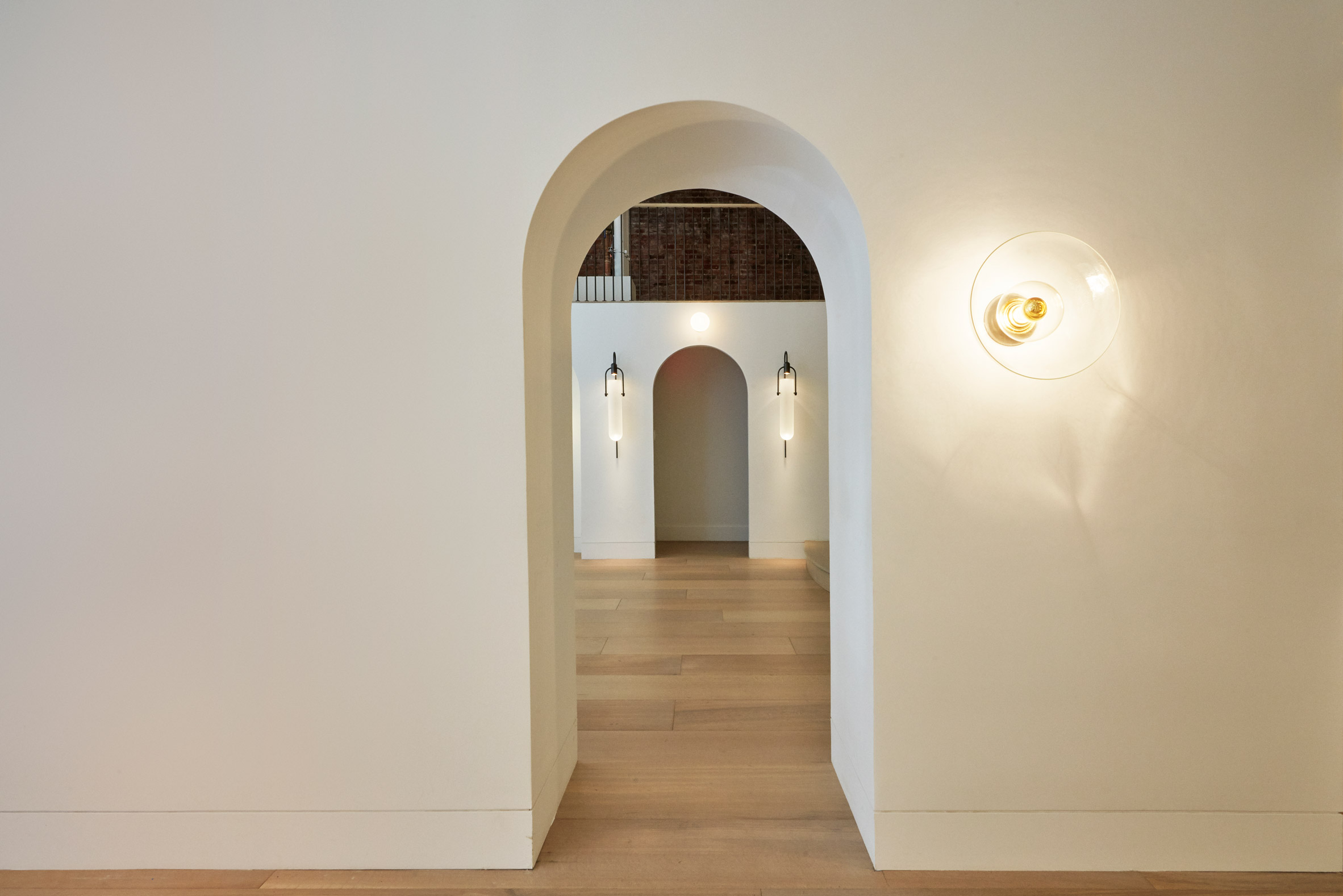 The studio’s office is located on the mezzanine level, accessed via a new custom staircase by local millworker Ethan Kramer. Allied Maker designed the slats that thread through the treads in blackened brass – a material also commonly used in its lighting.

The banister continues along the upper floor, where exposed brickwork running along the rear wall provides a contrast to the otherwise simple finishes. 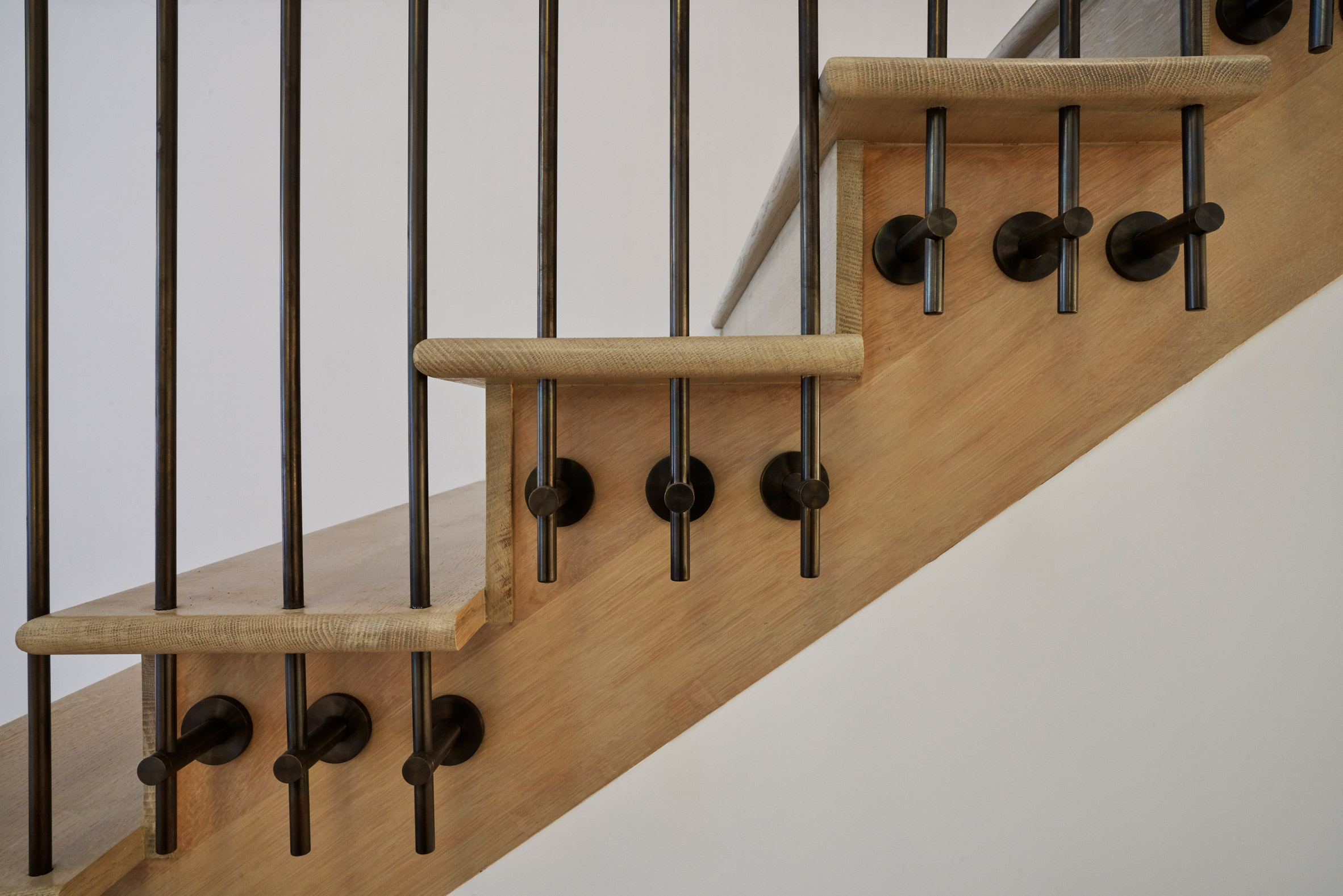 On the ground floor, a kitchen is slotted underneath the mezzanine through an arched opening, flanked by two semi-circular wall lights. Pale grey terrazzo forms the counter on top of dark cabinets.

Walls in this area are covered in a waterproof plaster known as tadelakt, which is continued into the bathroom behind the white-painted arched doorway. 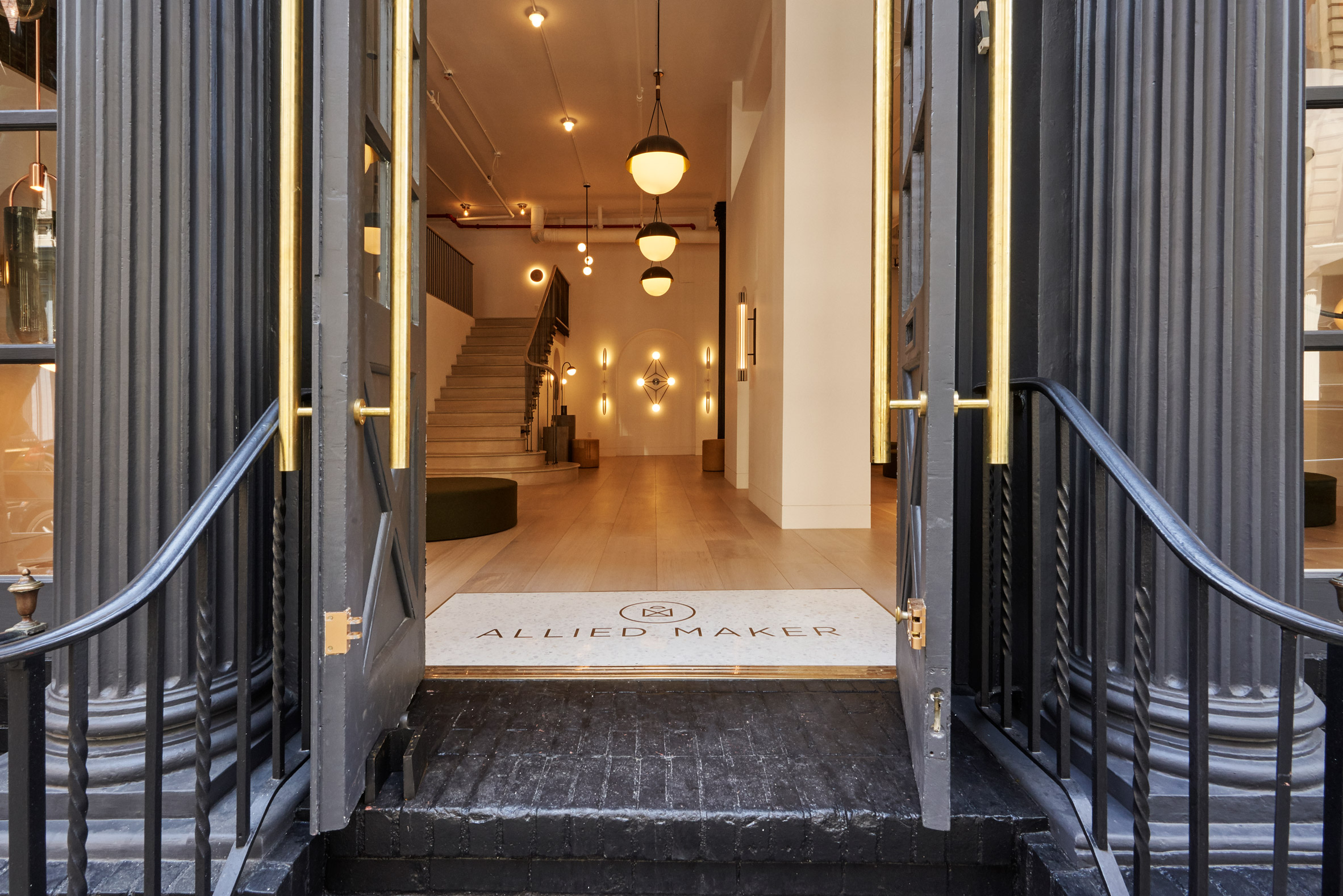 Elsewhere in New York, designer Anna Karlin recently turned a fire-damaged print shop into her “imperfect” studio and gallery in the Lower East Side, while Spanish brand Kettal opened a showroom complete with an outdoor patio in Midtown.

Photography is by Joseph Shubin.