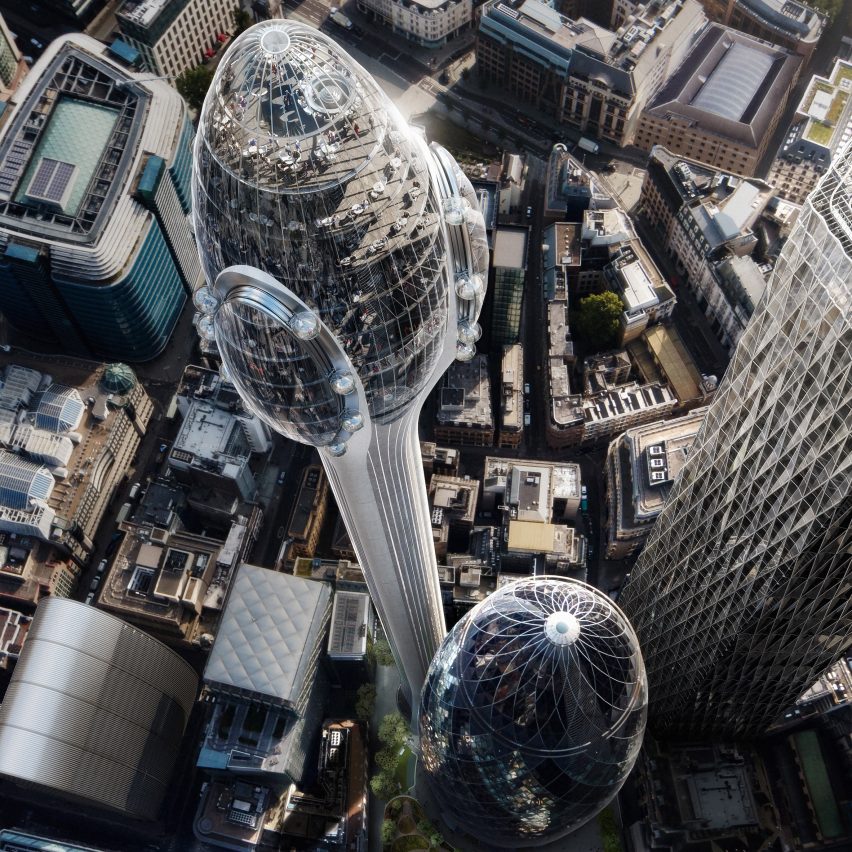 Gove is preparing to give the controversial 300-metre-high tower by Foster + Partners the go-ahead within the next month according to a report in the Telegraph newspaper.

The decision would overturn London mayor Khan’s rejection of the Tulip in 2019 due to concerns that the structure would provide “very limited public benefit” to the capital city.

At the time, the mayor’s spokesperson also said Khan felt the design was “of insufficient quality for such a prominent location” and that it would “result in harm to London’s skyline”.

The Tulip was designed by Foster + Partners in 2018 for a site next to the Stirling Prize-winning 30 St Mary Axe, known as The Gherkin, which the studio also created.

If built, it would contain a publicly accessible observation deck along with bars and restaurants and become the tallest structure in the City of London financial district.

According to the Telegraph, the government is believed to be backing the City of London Corporation, which originally approved the structure and believes it will establish the area as a “world-class destination”.

“The Tulip would play an important role in further realising a vision for the Square Mile as a vibrant 24/7 world-class destination and that the building would send a powerful message that London remains open to all,” a City of London Corporation spokesperson told the Telegraph.

Plans for the Tulip tourist attraction have proved controversial from its inception. London City Airport has previously raised concerns about the structure impacting its radar system and Khan said it would breach London’s planning guidelines when it was first revealed.

Norman Foster,  the founder of Foster + Partners, also said himself that the project was “inevitably controversial” but that it has “the possibility of being a symbol beyond its host city”.

Decision to be made by 11 November

Gove’s final decision on the Tulip is expected to be announced by 11 November at the latest.

Former housing secretary Robert Jenrick was due to make the decision in September, but he was removed from his post in a cabinet reshuffle. 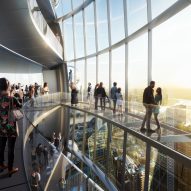 New London Architecture chairman Peter Murray is another supporter of the Tulip, having previously said the attraction could help the city recover from the coronavirus pandemic.

“The whole of London needs a strong centre if we are to remain a competitive global city,” Murray said. “If it is to do so it needs investments like The Tulip more than ever.”

The Tulip is not the only controversial proposal for a new London landmark to be opposed by Khan. In 2017, plans for the Thomas Heatherwick-designed Garden Bridge were scrapped due to a lack of support from the mayor.

It followed a financial inquiry into the project found that it would be likely to cost over £200 million, well above the original estimated price tag of £60 million.

The renders are by DBOX for Foster + Partners.

The post Tulip tower by Foster + Partners set to be given go-ahead appeared first on Dezeen.