Assembly Design Studio has converted a large warehouse in Pittsburgh into a workspace for Uber where self-driving cars are engineered, built and tested. 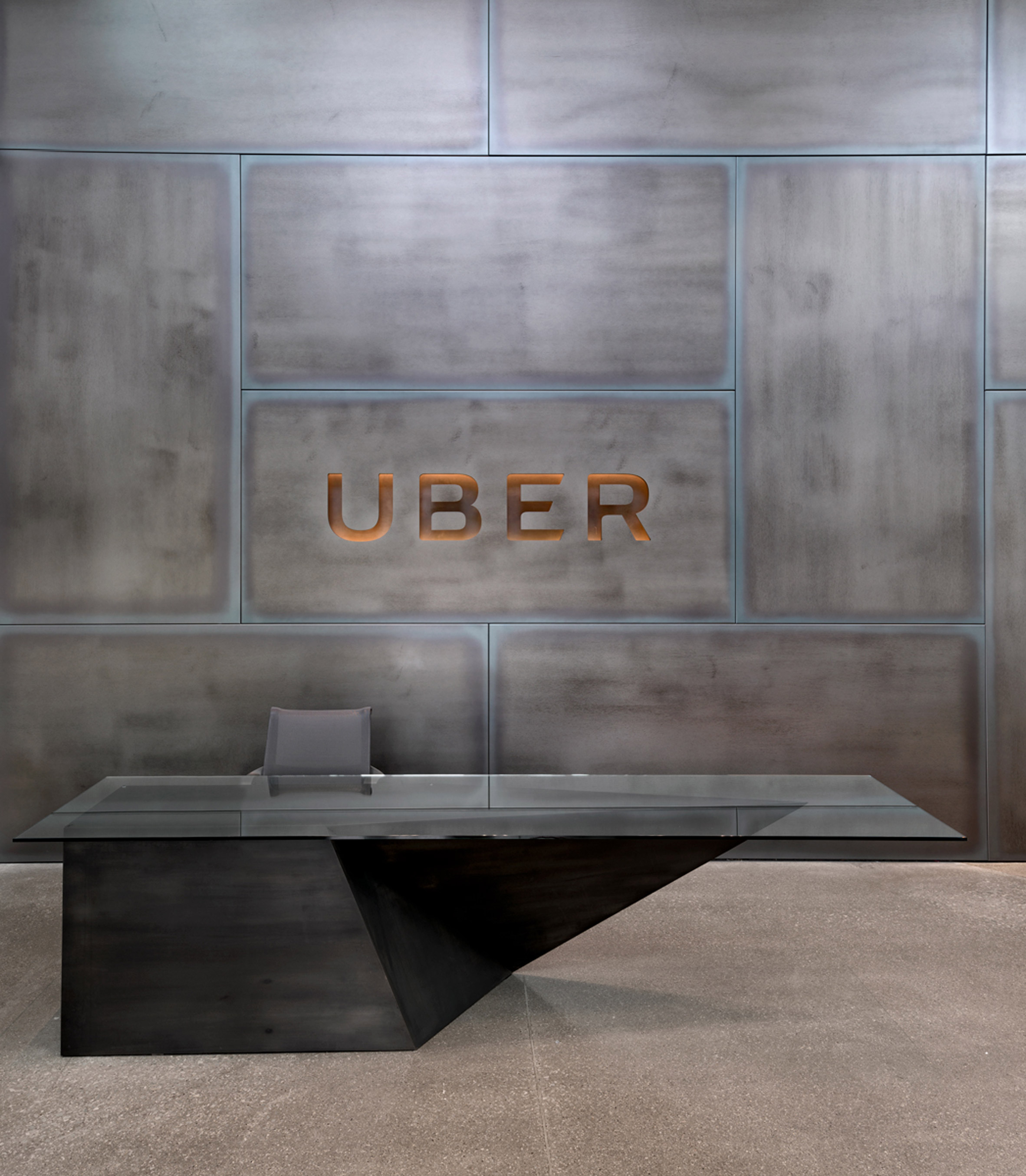 The engineers working here for the ride-sharing platform are charged with imagining a “city for the future”, with a special focus on researching and developing solutions for mapping, vehicle safety and autonomous transportation. 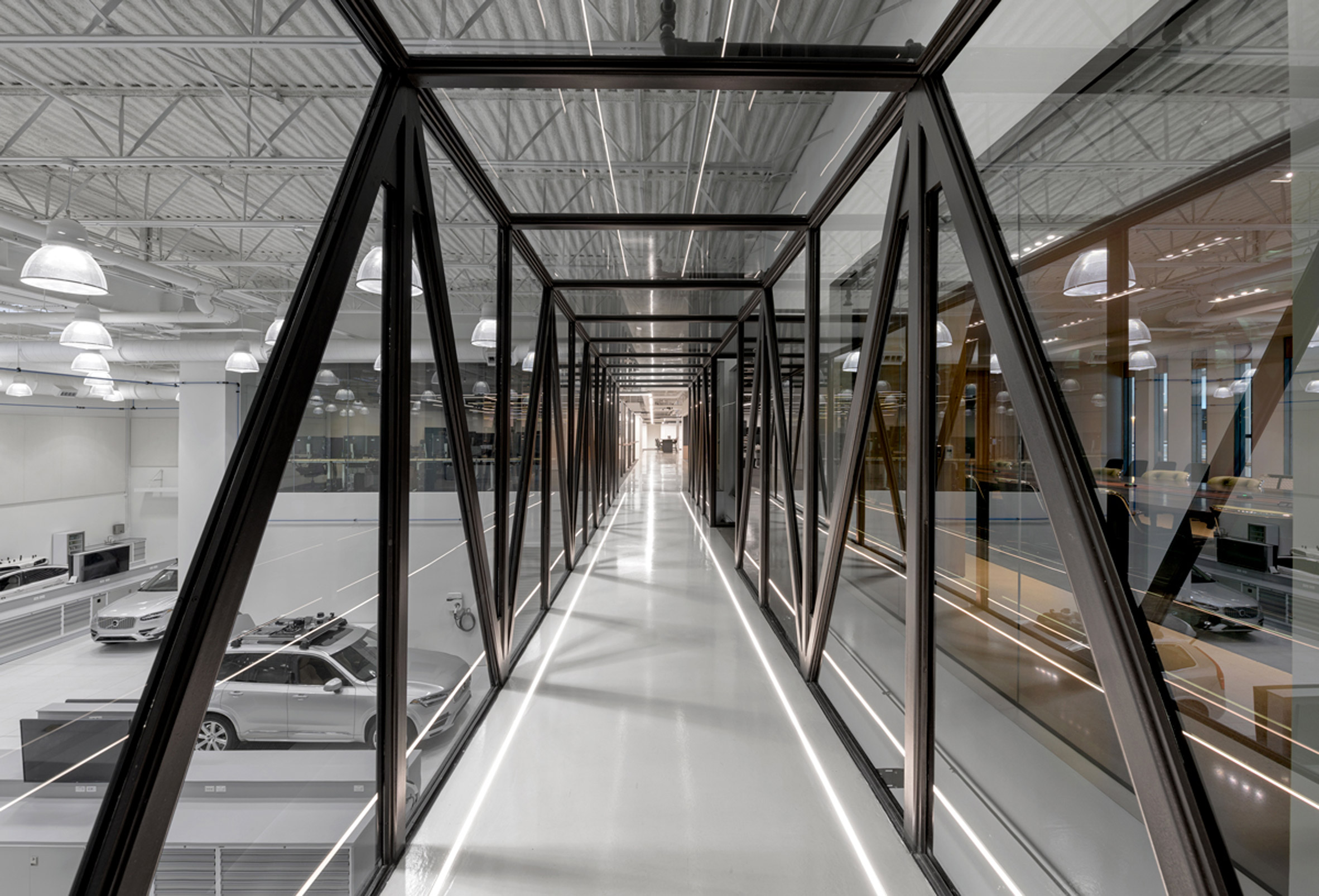 “Every wire, part and idea forged within these walls will be an artefact of the future,” said Assembly Design Studio, a San Francisco-based practice that became a part of the global firm Cannon Design in January 2018.

While designing the centre, the team was influenced by Pittsburgh’s legacy as a manufacturing hub. Historically, the city was particularly known for coal mining and steel production. 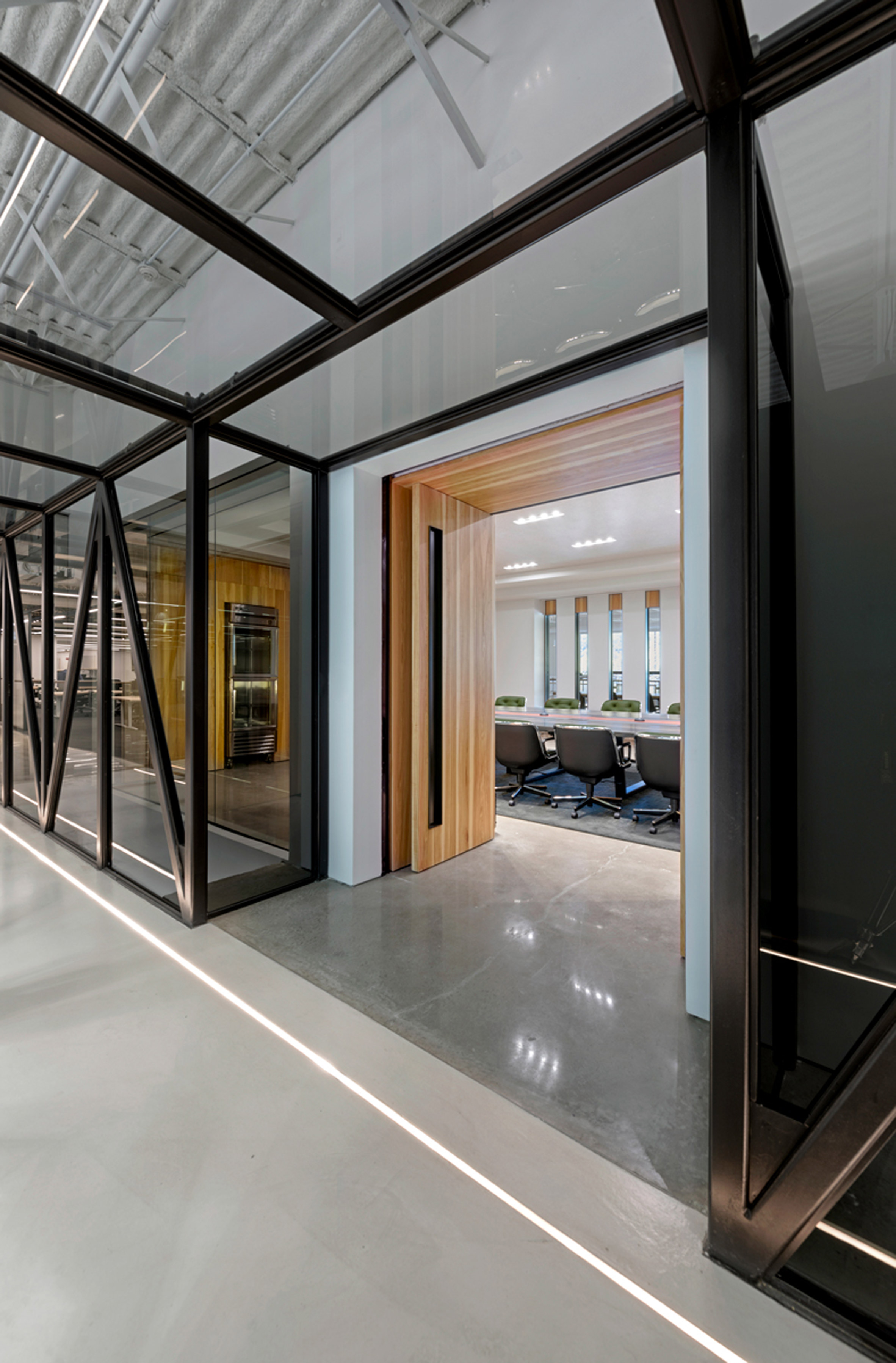 “Pittsburgh’s history of manufacturing the most essential machines of its age matched Uber’s vision of launching its first self-driving vehicle,” the team said. 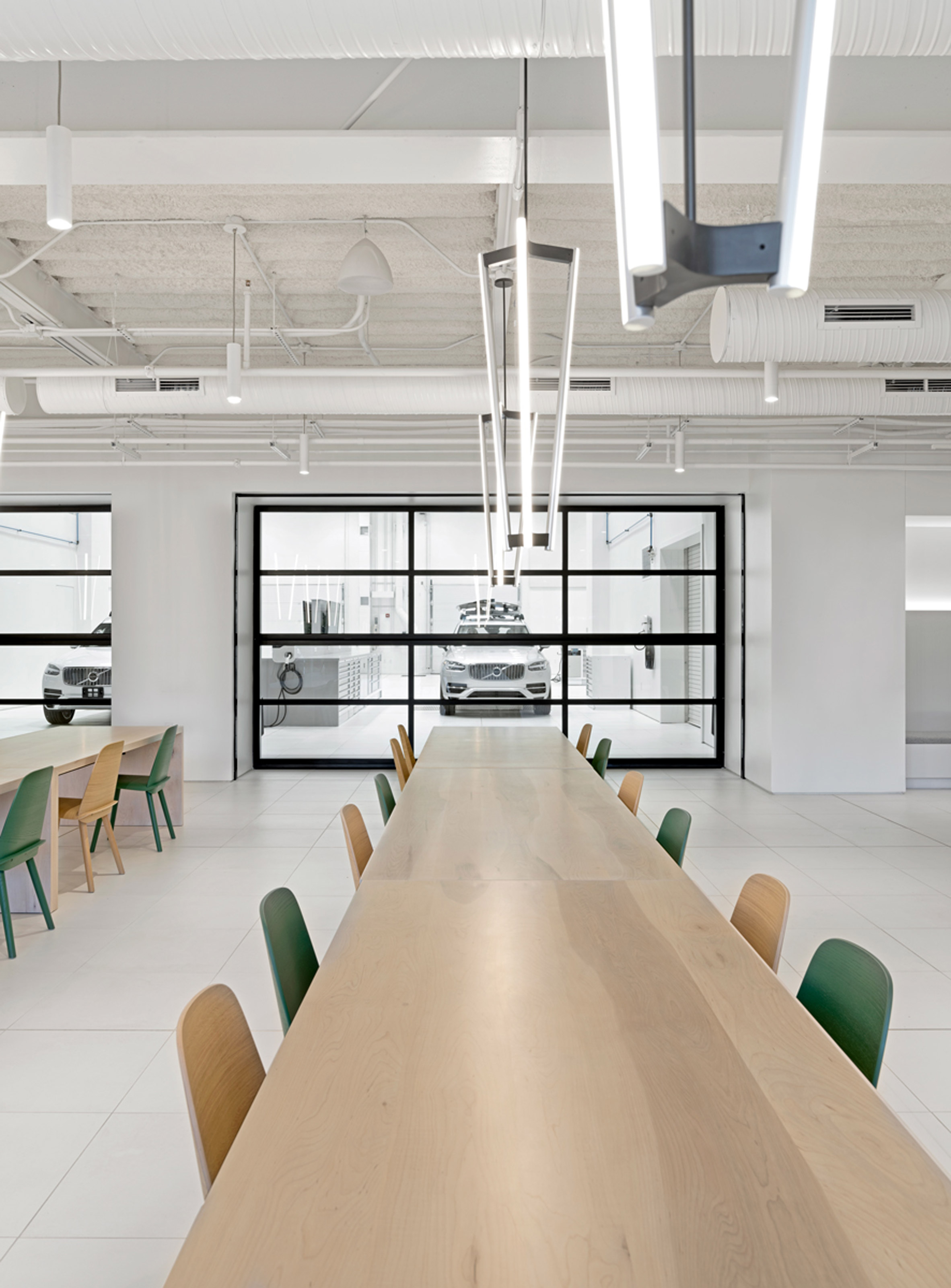 Visitors step into a grey-toned lobby, which features walls sheathed in hot-rolled steel panels and a sculptural desk with a blackened steel base. From here, they pass through a corridor dubbed the “Tunnel of the Future”, which is lined with prototypes of hardware, such as car parts, cameras and microchips. 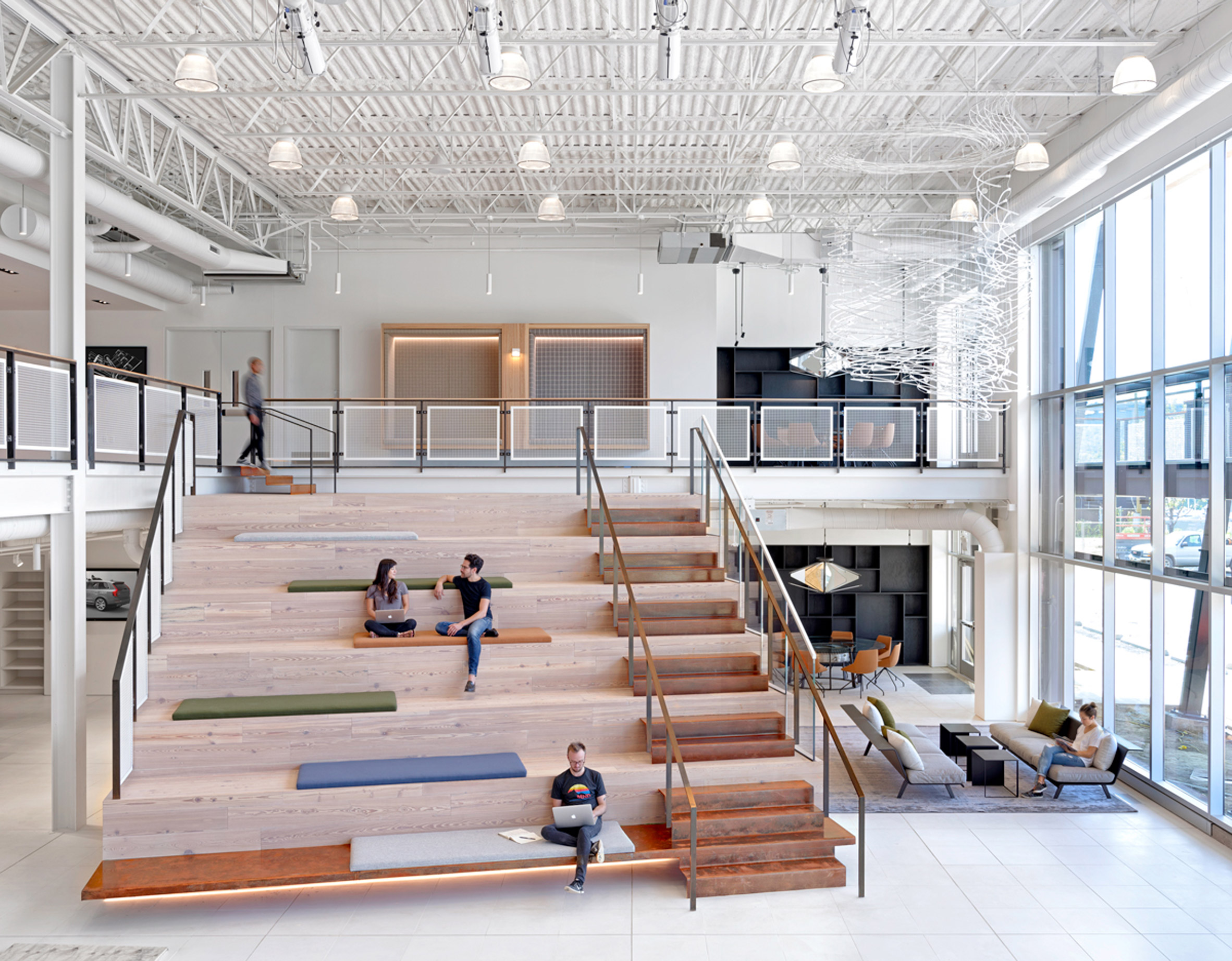 Rather than creating a standard tech office, the team set out to create a high-functioning workspace for builders. The facility includes open-plan studios, meeting rooms, social areas and a large machine shop.

A steel-framed bridge traverses the machine shop, where self-driving cars are engineered, built and tested. 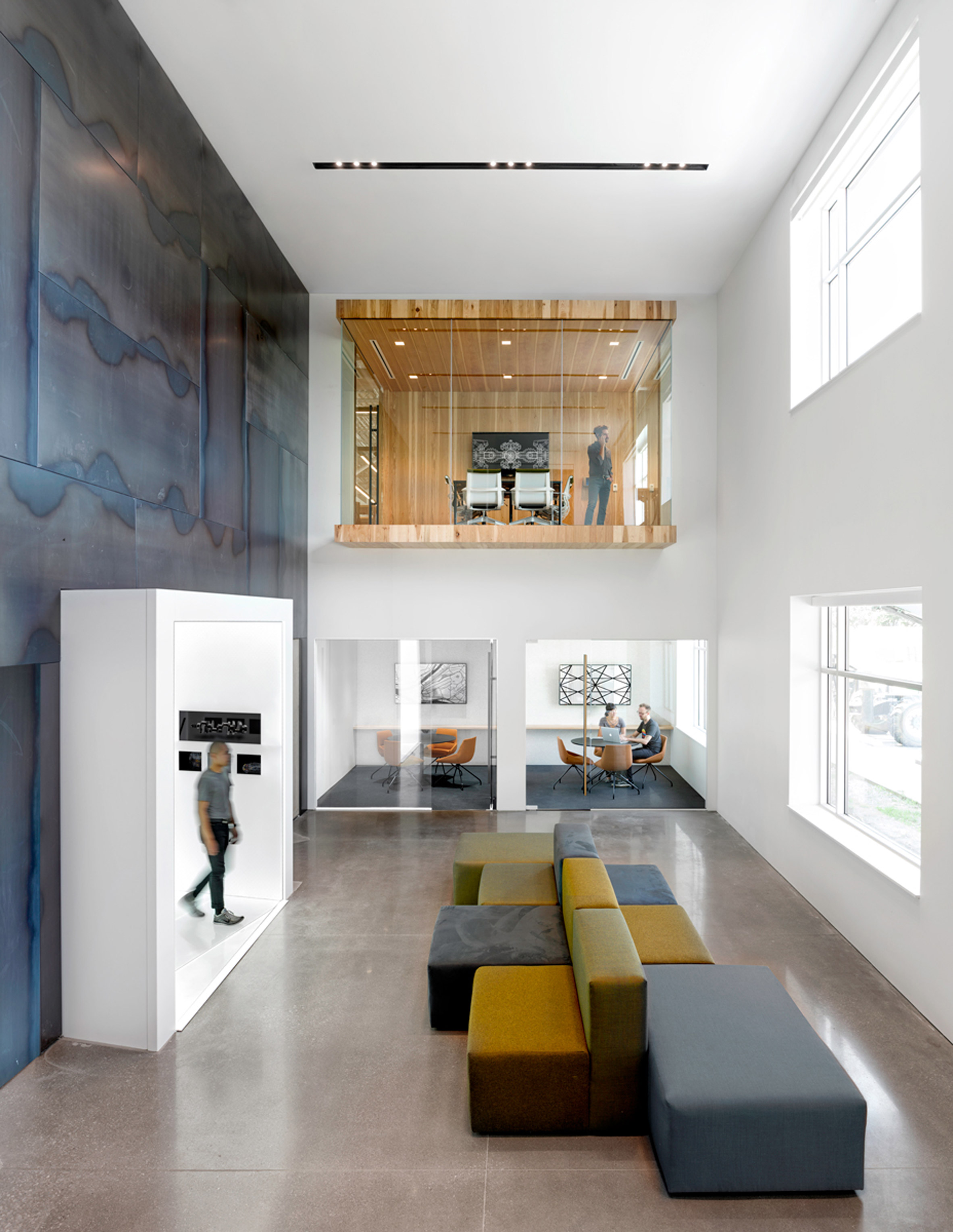 The completed cars are displayed in a white showroom with stadium-style seating. A glass wall overlooks the Allegheny River, which runs alongside the building.

“After receiving finishing touches, the cars are driven across white tiles into the main central nave – which acts as a showroom and a kind of alter to the autonomous car,” the team said. 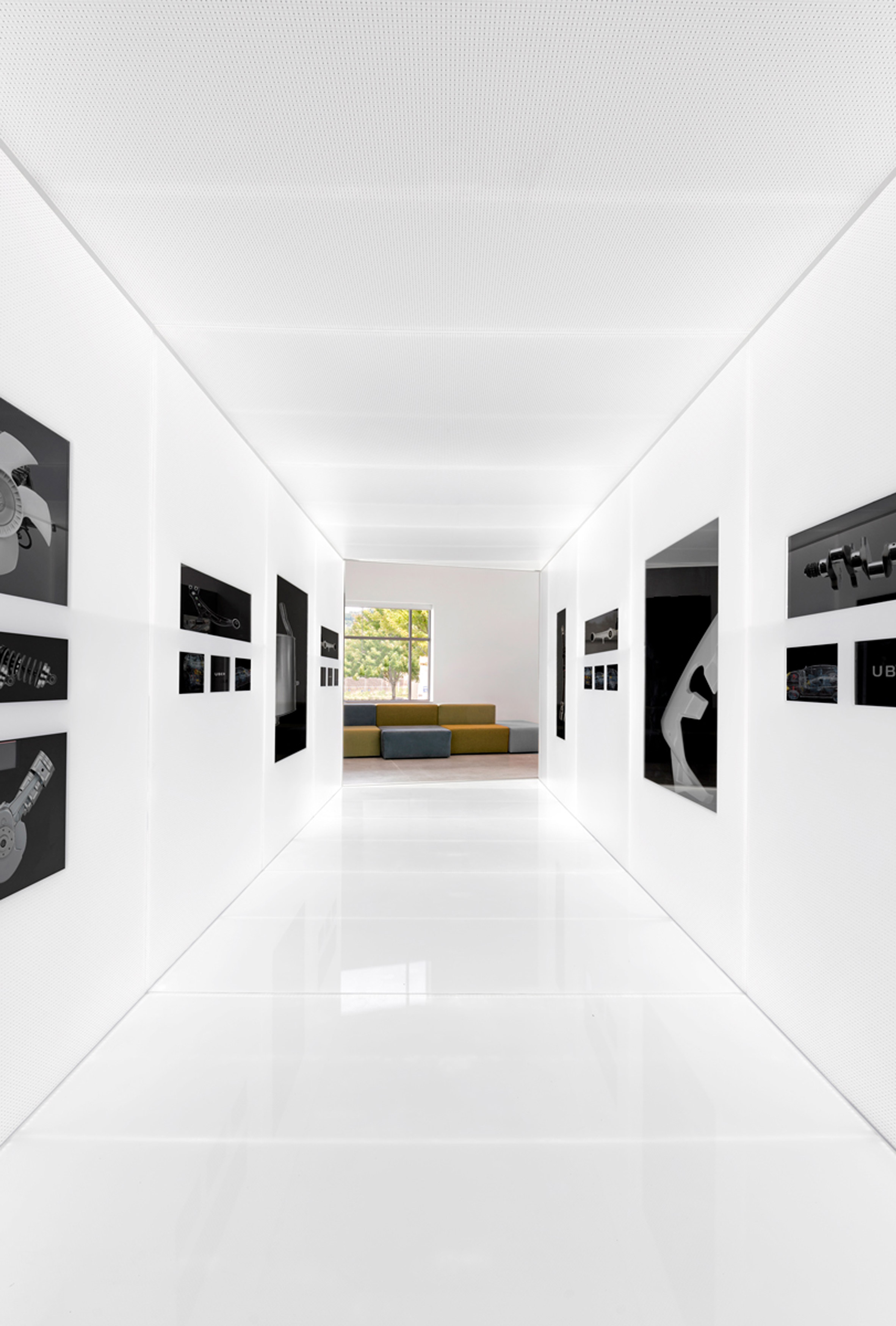 Throughout the office, colours and materials are meant to evoke the industrial era, and to “contrast and complement the bright white of the showroom”. 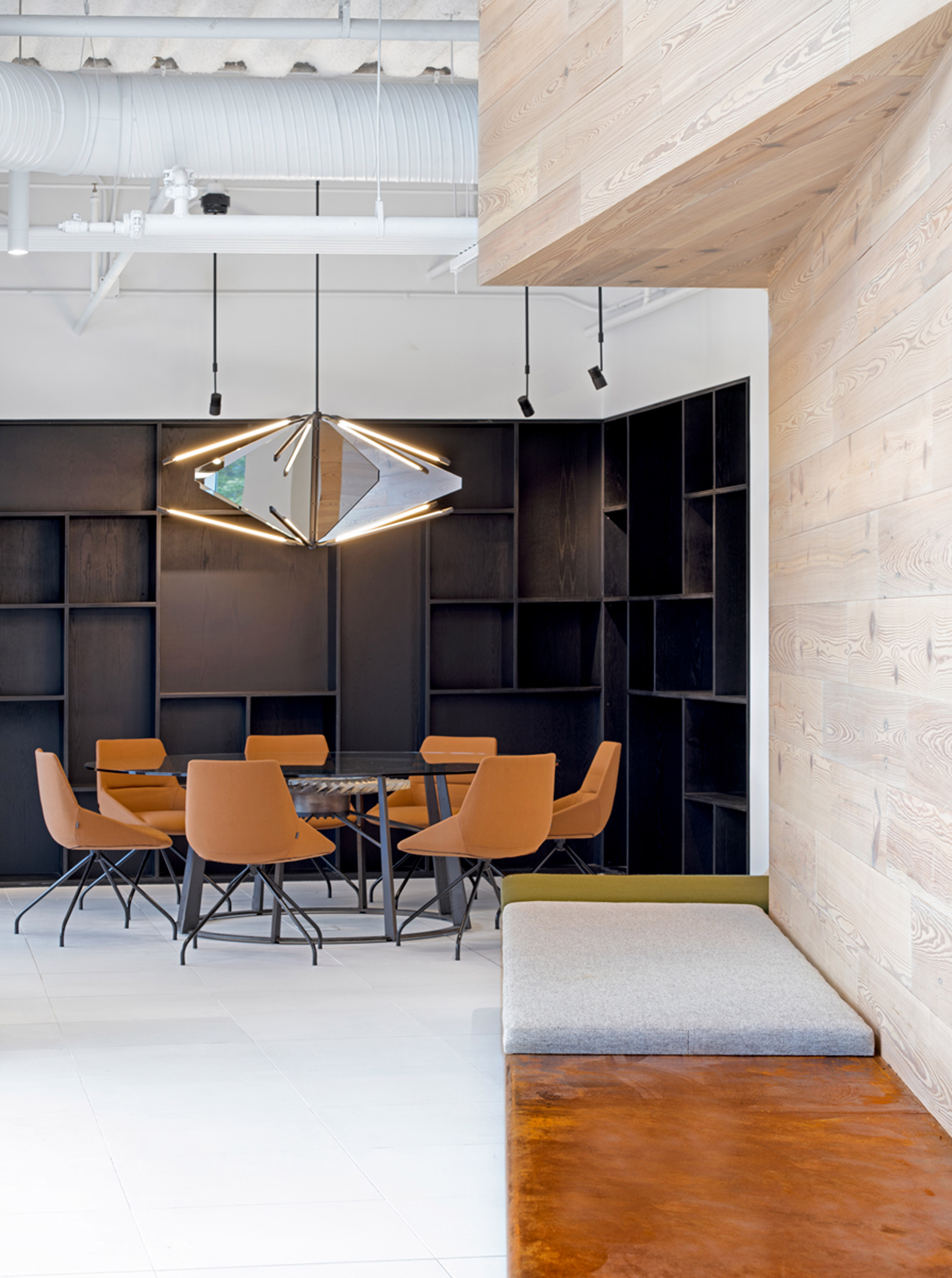 In two different staircase and lounge areas, the team installed a perforated Corten steel screen that is paired with smoky glass. Patterning in one screen depicts a map of Pittsburgh, while the other portrays San Francisco, were Uber is headquartered. 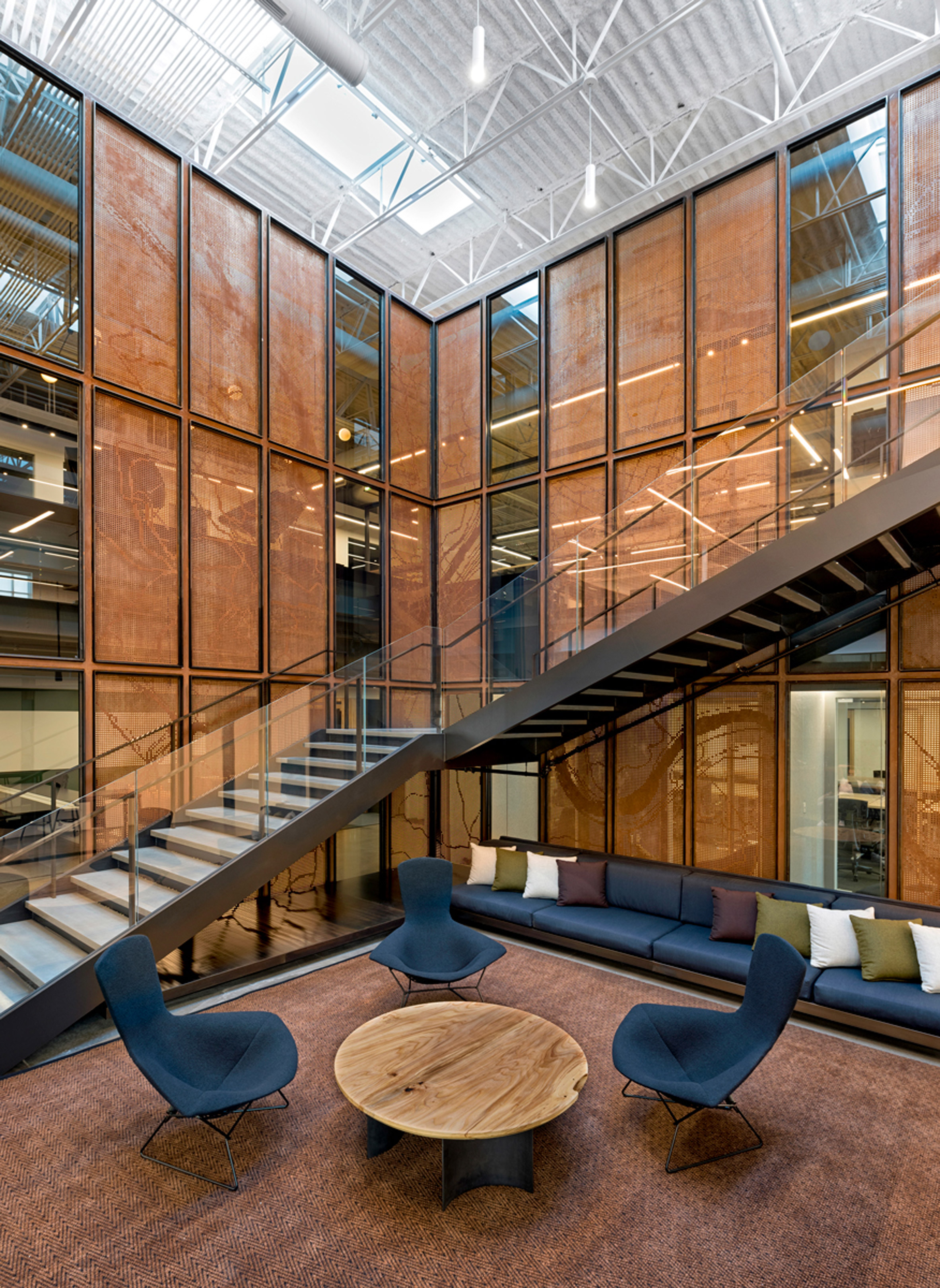 Pittsburgh has been an important testing ground for Uber’s self-driving vehicles. In early 2016, the company began testing driverless cars on the city’s streets and later allowed its Pittsburgh customers to hail driverless cars through the Uber app. City officials, who initially welcomed Uber, now criticise the company for not fulfilling promises, such as creating jobs for local residents.

Photography is by Jasper Sanidad.