This concrete extension to a traditional cottage in Ireland’s County Kerry was treated with iron oxide to give it a russet hue that complements colours found in the surrounding landscape. 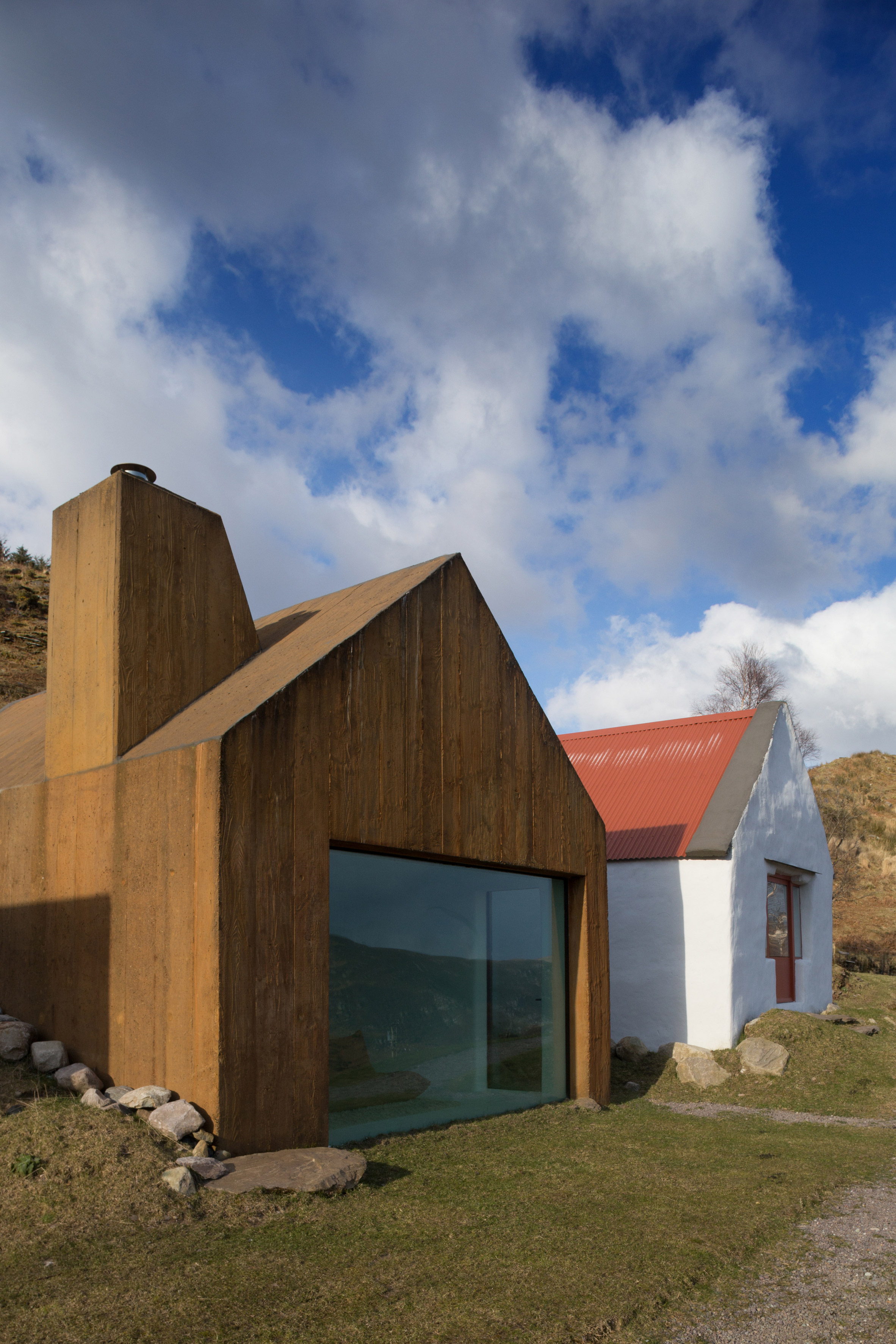 Architecture firm Urban Agency, which has offices in Dublin, Copenhagen and Lyon, was asked more than a decade ago to develop a proposal for extending an existing cottage on a hillside overlooking Carragh Lake.

The client wanted to work on the project gradually whenever he had money available, with the aim of completing it in time for his retirement. 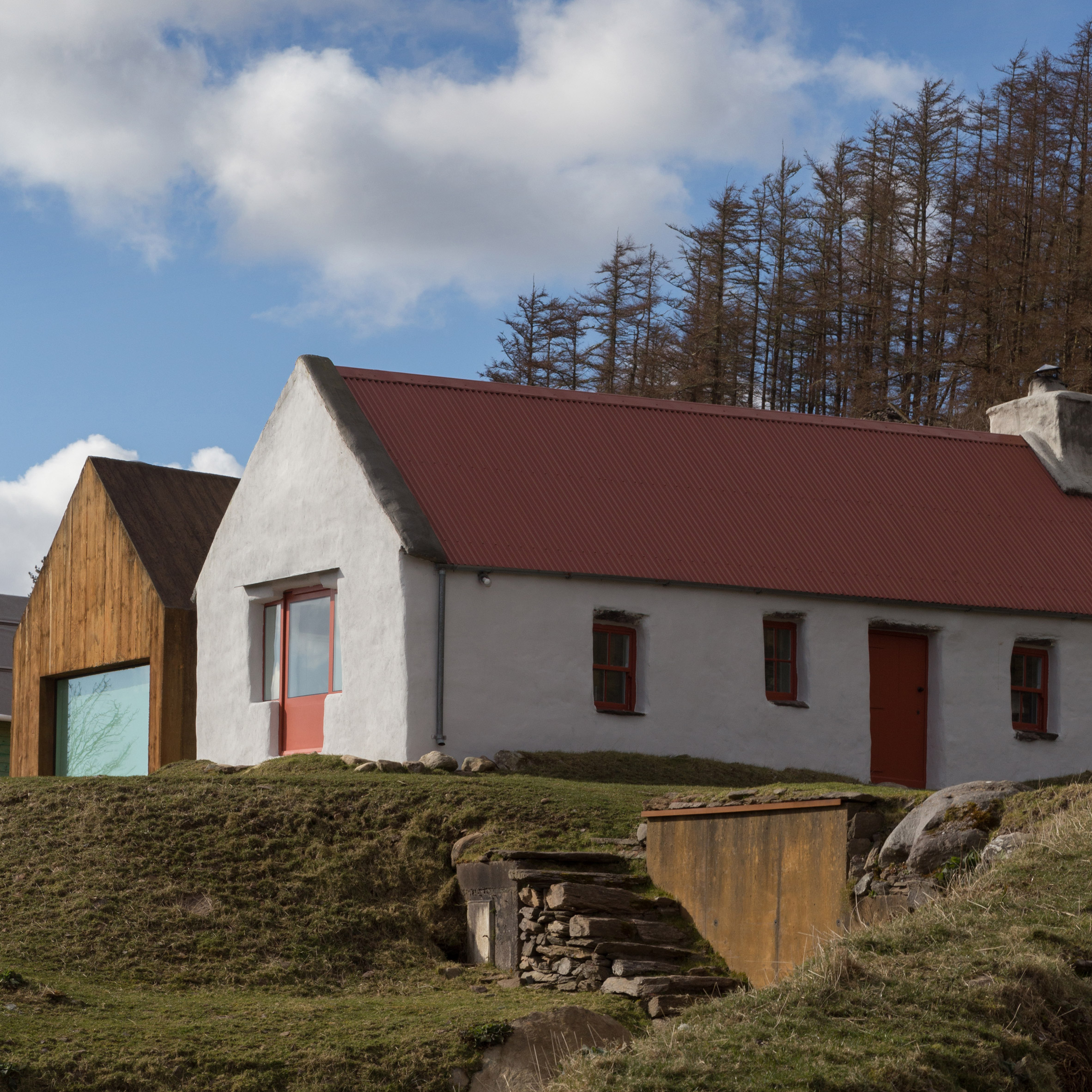 The owner had been steadily renovating and decorating the cottage, which contains an open-plan living, kitchen and dining room, and wanted the extension to accommodate a bedroom and a bathroom.

The first phase of the extension project involved completing a pitched-roof structure containing the bedroom, which emerges from the sloping site. A corridor that is largely submerged in the hillside and illuminated by skylights will eventually connect this building with a bathroom structure. 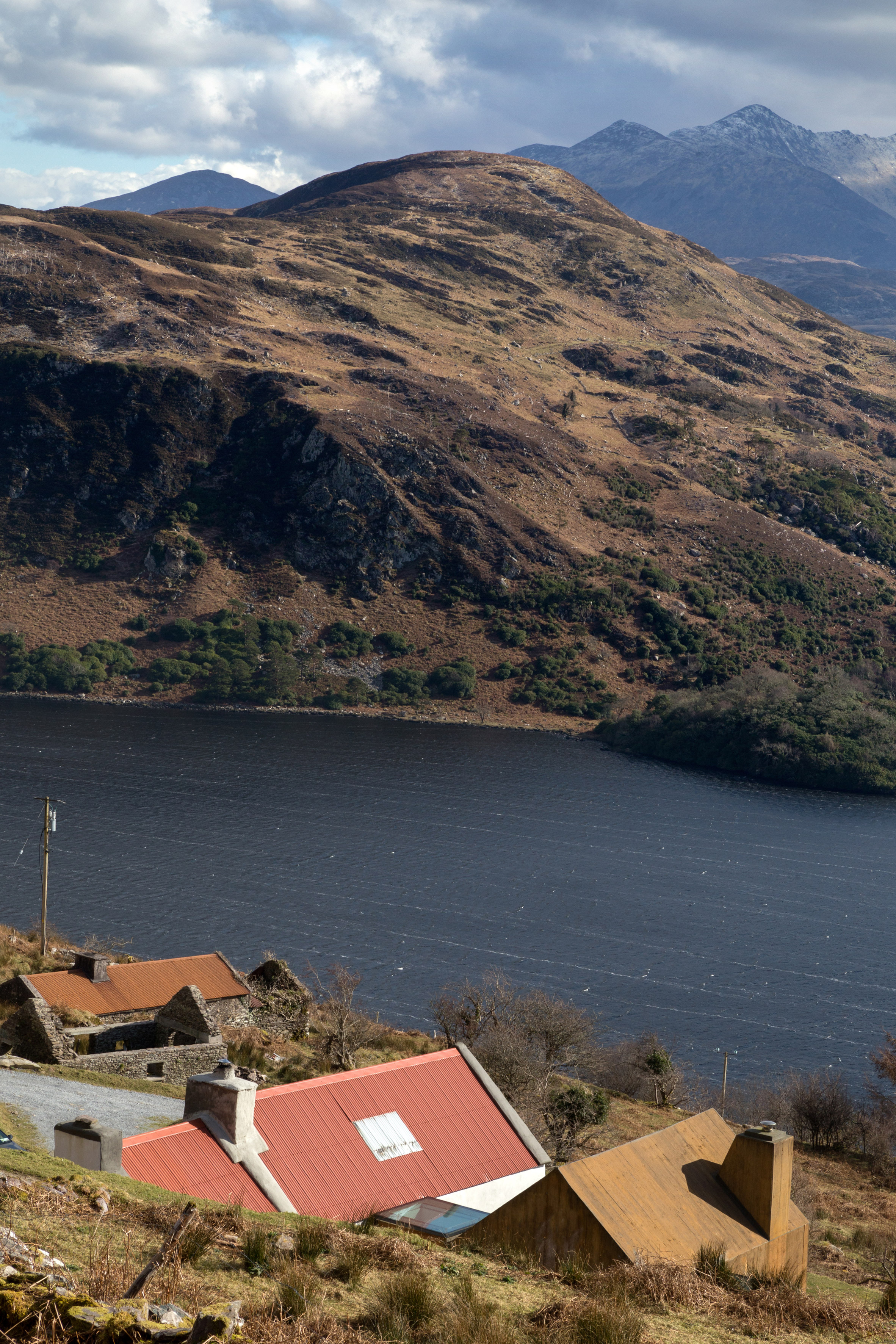 The gabled form of the bedroom extension mirrors that of the old cottage, but is constructed entirely from concrete to lend it a monolithic feel reminiscent of Ireland’s vernacular stone buildings.

“The extension is quite large in relation to the existing cottage, so we decided to break the volume into two small hut-like structures as a reference to traditional Irish cottages and barns,” Maxime Laroussi, co-founder of Urban Agency told Dezeen. 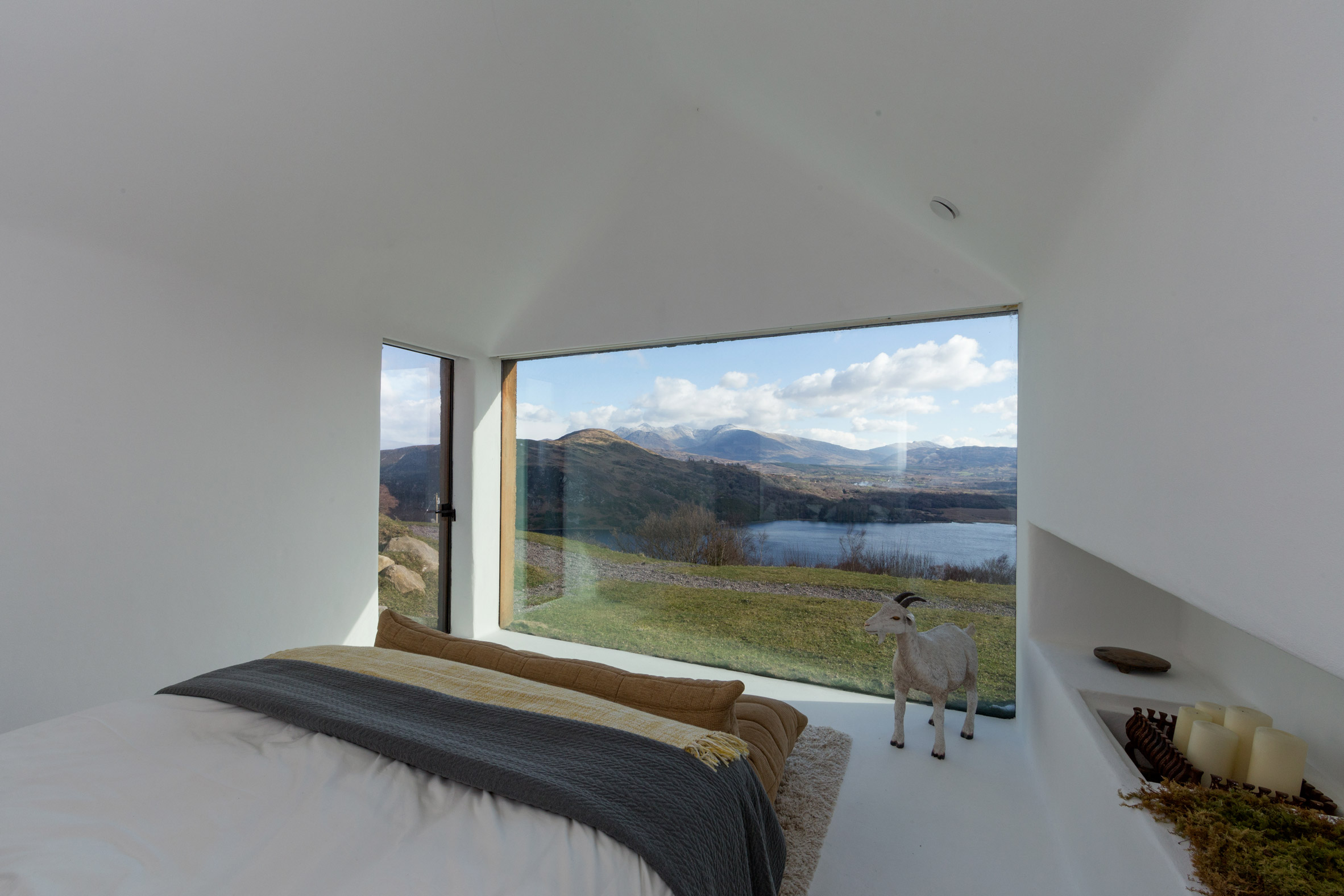 The old cottage features a traditional white lime-washed exterior, which the studio chose to contrast by introducing a colour that references hues from the surrounding countryside.

“The barn buildings found alongside stone farm cottages in Ireland are typically made from rusted corrugated steel, so we were also influenced by this,” Laroussi added, “as well as by the work of Brazilian artist, Jose Bechara, who uses oxidation as a medium in his paintings.” 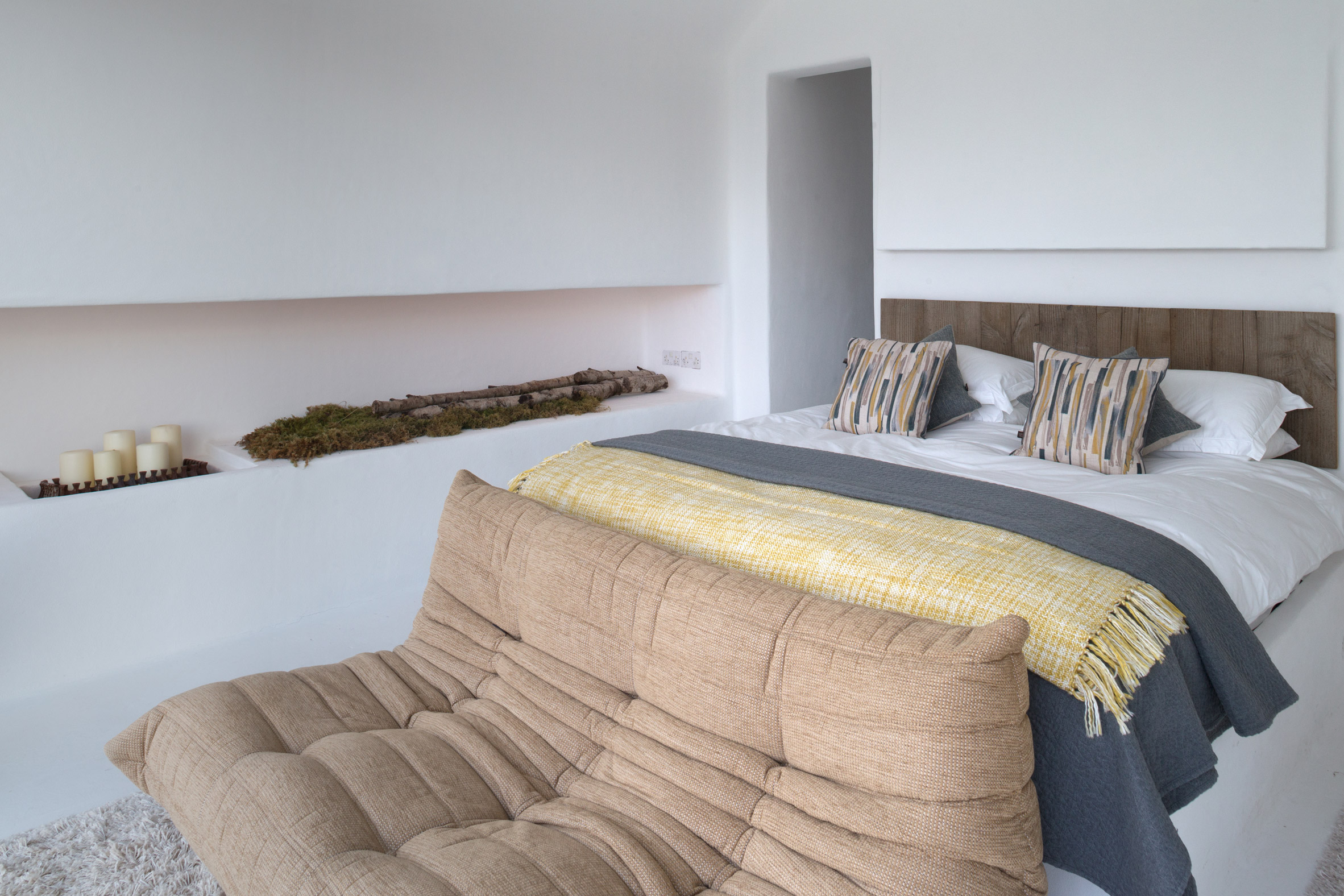 The remote site is very exposed to the wind and rain, which informed the choice of concrete for the outer shell.

The architects tried using a traditional method for pigmenting the concrete but realised that it would be prohibitively expensive, and the majority of the pigment would end up hidden in the mass of the walls.

Instead, after a prolonged period of research, they discovered an iron-oxide powder than can be purchased from garden centres and is typically used to boost iron levels in soil. When mixed with water and applied to the concrete surfaces, the powder produces a vibrant rust colour that will last longer than standard pigments. 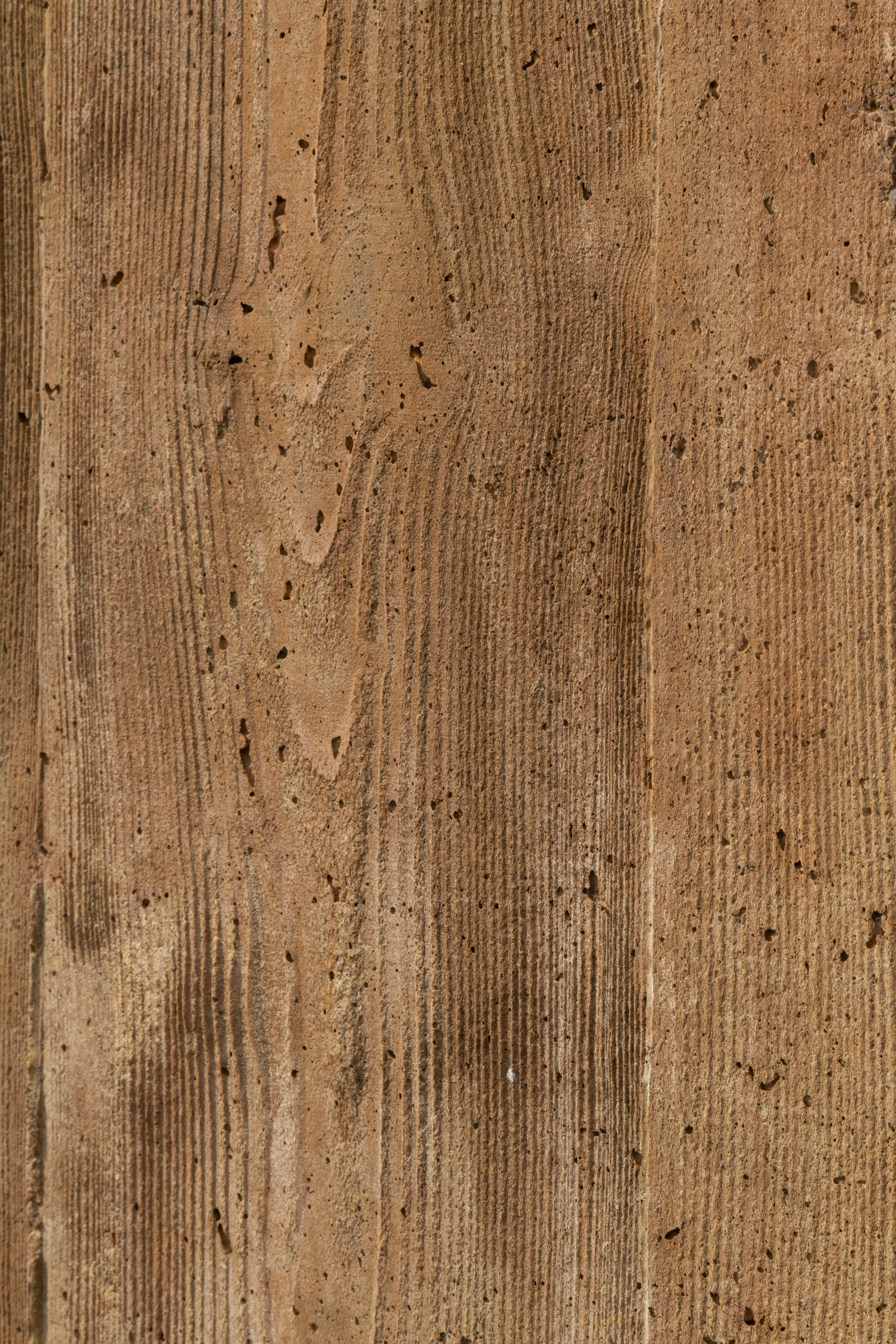 The concrete was cast in situ using wooden boards that have left the texture of their grain on the surfaces. The boards run vertically, so when rain falls on the building the pattern of the wood is emphasised.

The position and orientation of the new structures were determined by the topography of the site and the relationship to the views. The end wall of the gabled volume incorporates a large window that faces out towards the lake.

The interior of the new extension features cement mixed with lime that is painted white to create a sense of consistency with the existing cottage. The material creates a slightly textured surface with softened edges that evokes the appearance of traditional lime-based render.

Photography is by Paul Tierney.