For his first flagship design since becoming its creative director, Vincent van Duysen has created a space for Molteni&C that feels like a “secluded home from home”. 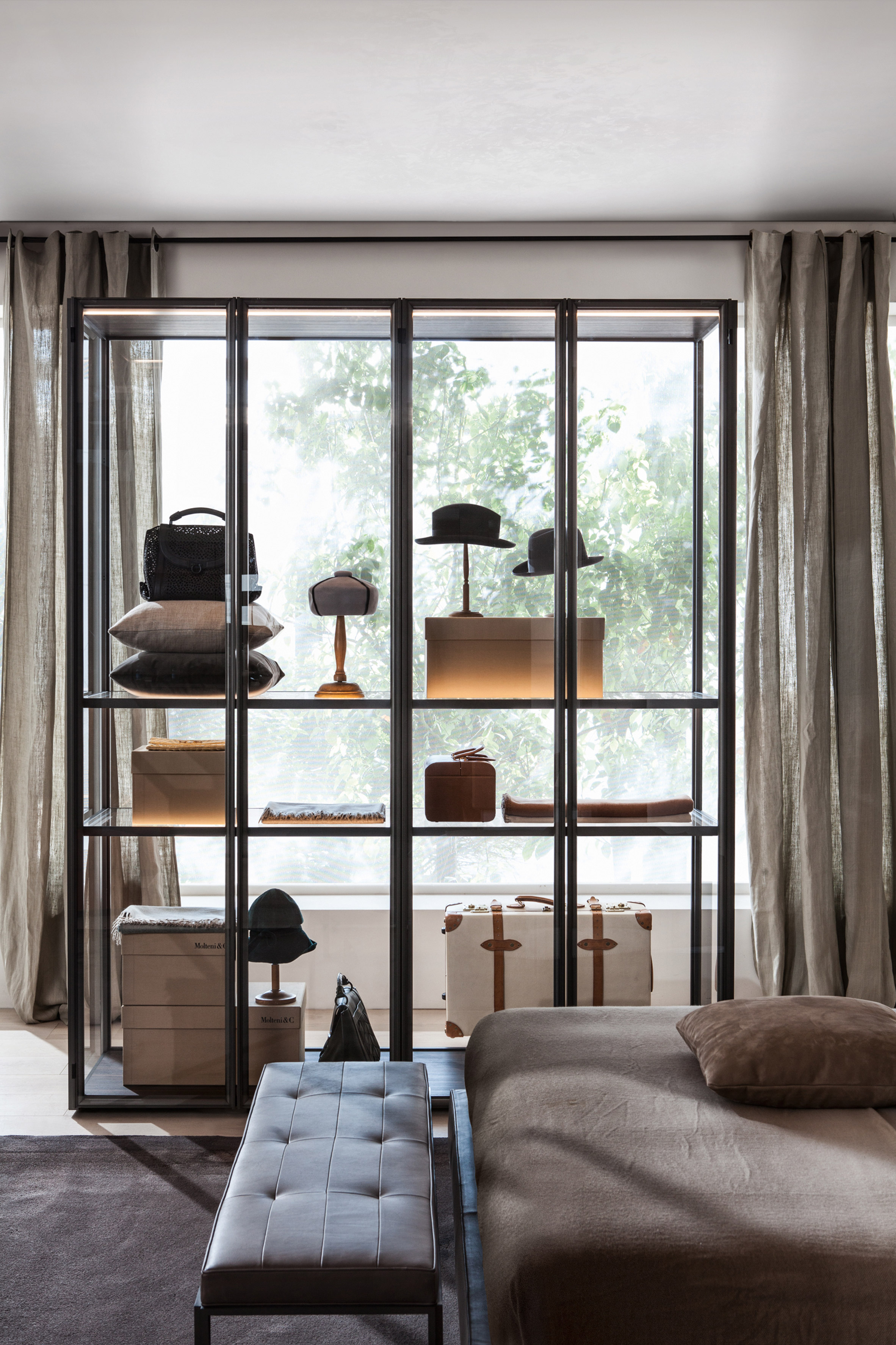 The Molteni Group tasked the Belgian architect with designing its biggest flagship store to date, which is located on via Cavallotti in Milan’s new Durini design district.

Van Duysen, who was named as the brand’s creative director last year, was asked by the Italian brand to create a “secluded home from home”, and did so through his choice of materials and lighting. 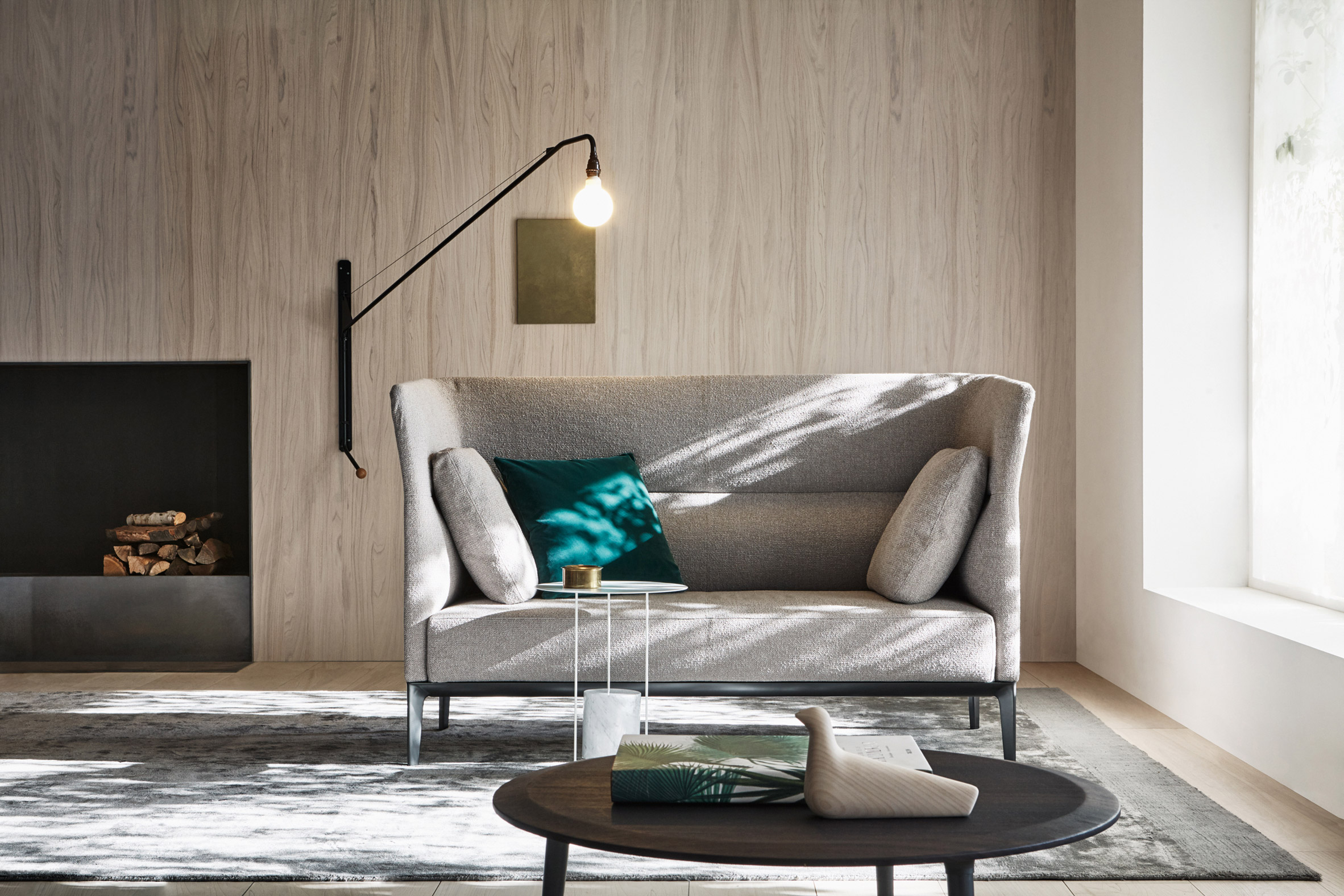 “Calling on a palette of glass, oxidised wood and raw metal, the flagship’s atmosphere evokes the feeling of Italian craftsmanship and timeless, sustainable luxury,” he said.

Naturally, it was important that the focus remained on the furniture, and architectural details had to be subtle. 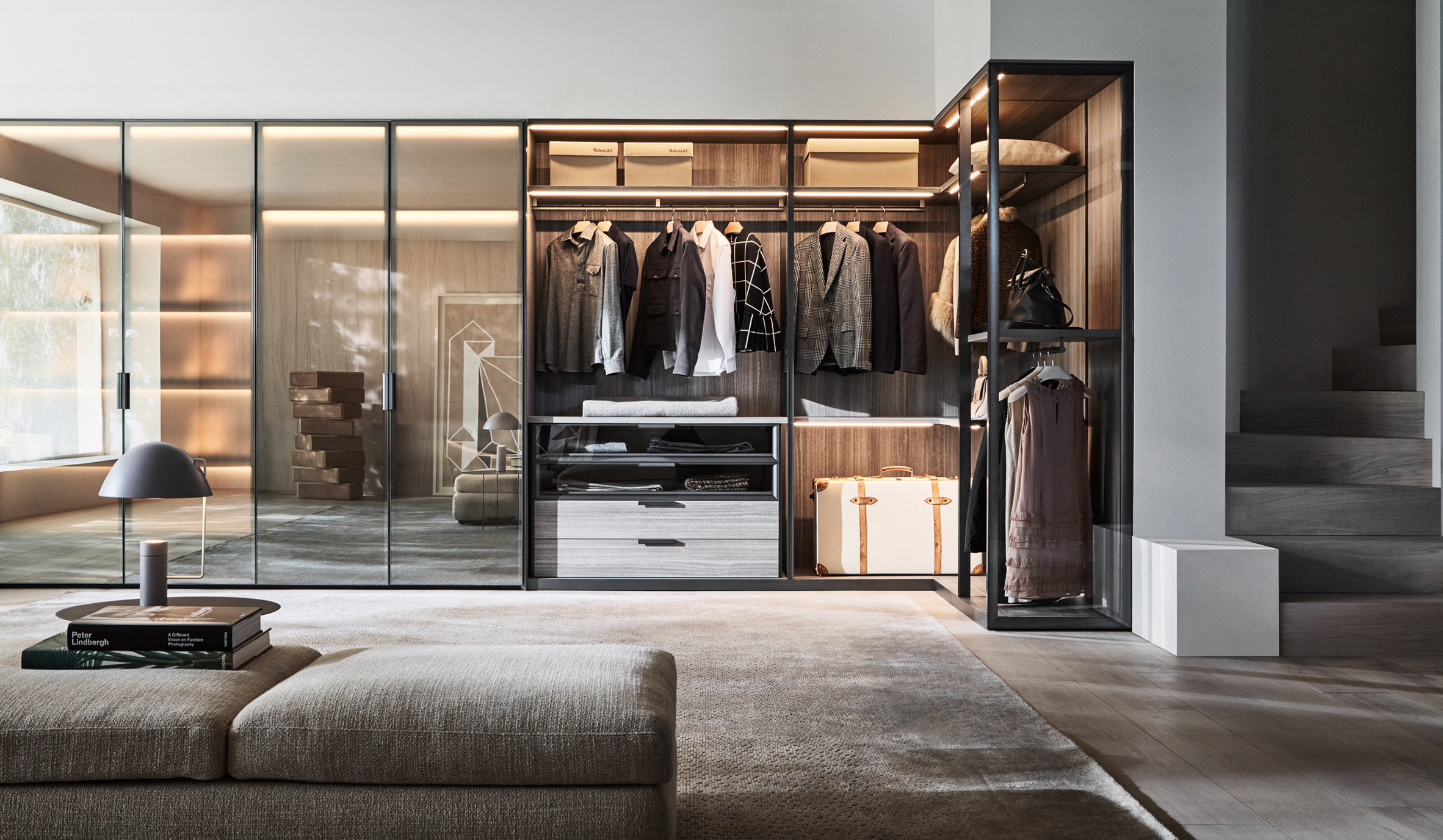 Black oak panelling on warm grey walls creates a warm and welcoming environment for visitors, while wooden ceiling beams that match the floor are intended to blur the boundaries between the various living and dining spaces. 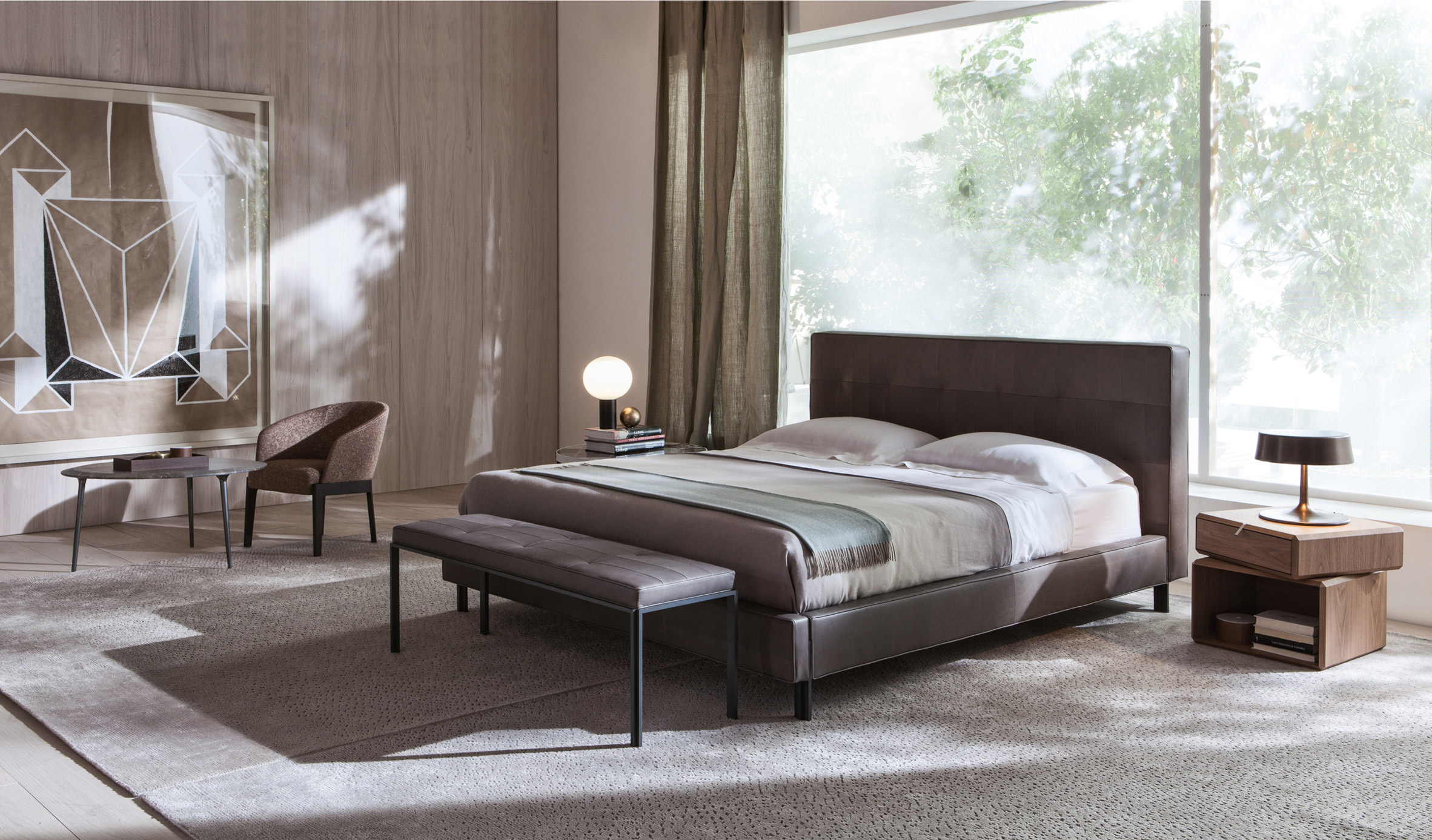 During the design week, the store played host to many of the brand’s new product launches. These included the Welcome Collection of small tables designed by Rodolfo Dordoni, Teorema, a new storage unit designed by Ron Gilad, Sloane, a new modular sofa by MDT and a new series of wardrobes and walk-in closets designed by Van Duysen himself.

Among the new launches were two new reissues of Gio Ponti designs – one of which caused a legal battle between Molteni and fellow Italian brand Cassina over who had the rights to the 1950s chair. 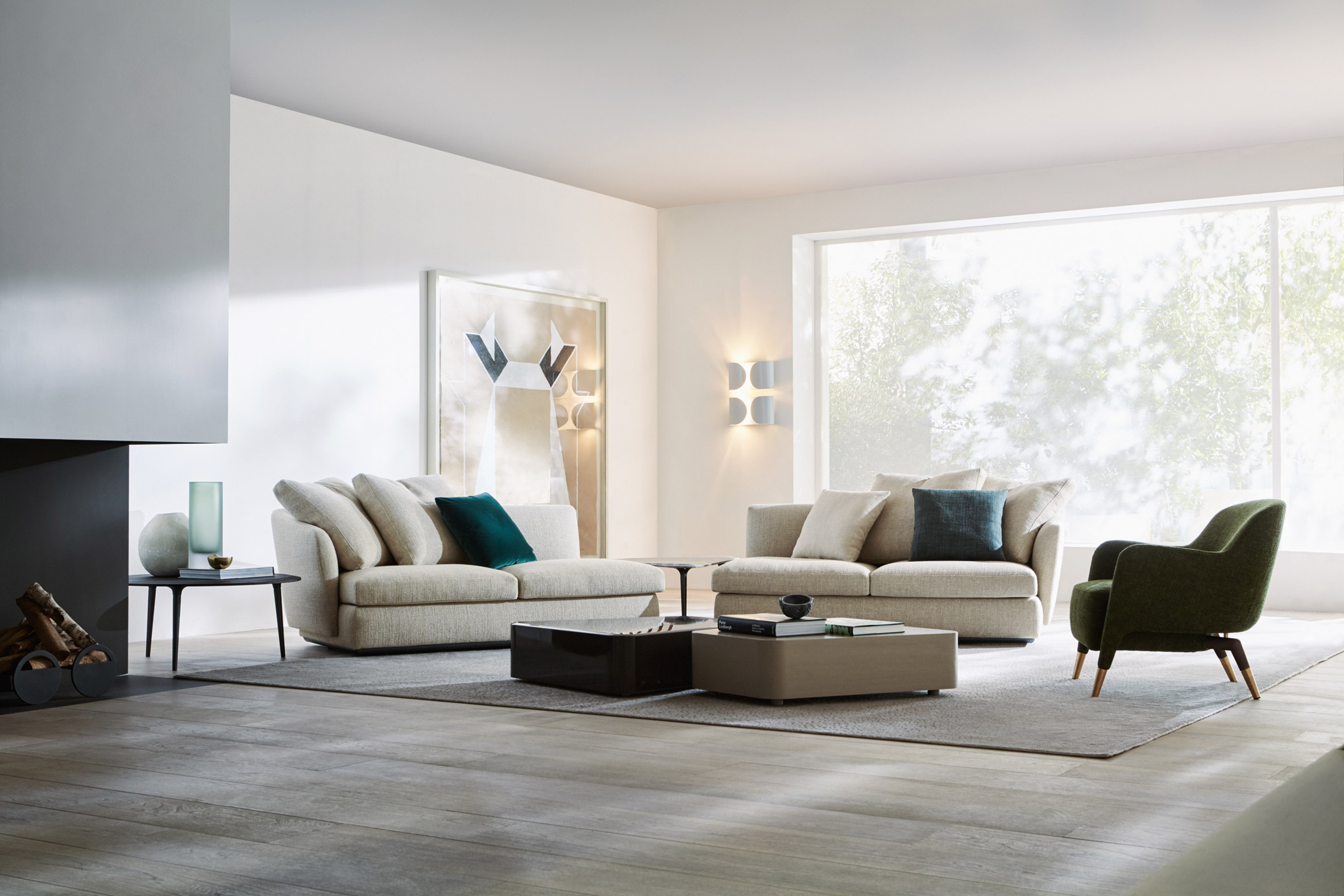 In the section devoted to Dada kitchens, a large lounge at the entrance acts as a foyer and seating area for visitors.

A kitchen island designed by Vincent Van Duysen is located nearby, and the central area is dominated by two large suspended islands with a walnut finish and green porphyry counter top. 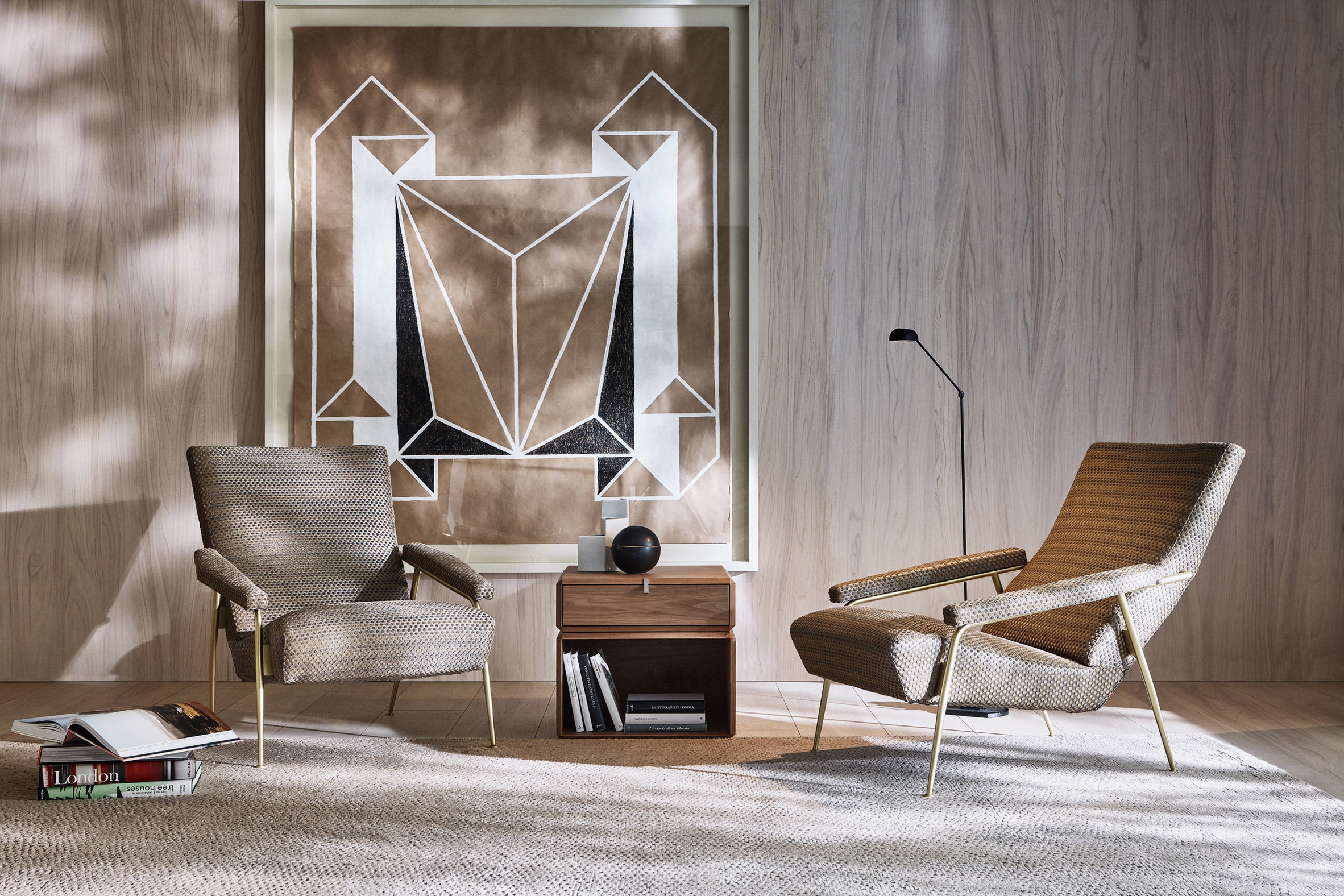 Van Duysen is known for his minimalist style across architecture, interiors and design projects, including Aesop’s Hamburg store and a number of Belgian farmhouses. He was appointed creative director of Molteni and its luxury kitchen brand Dada in April 2016.

The hire followed a spate of new, international leadership appointments at Italy’s major design brands, including Patricia Urquiola to Cassina and David Chipperfield to Driade. 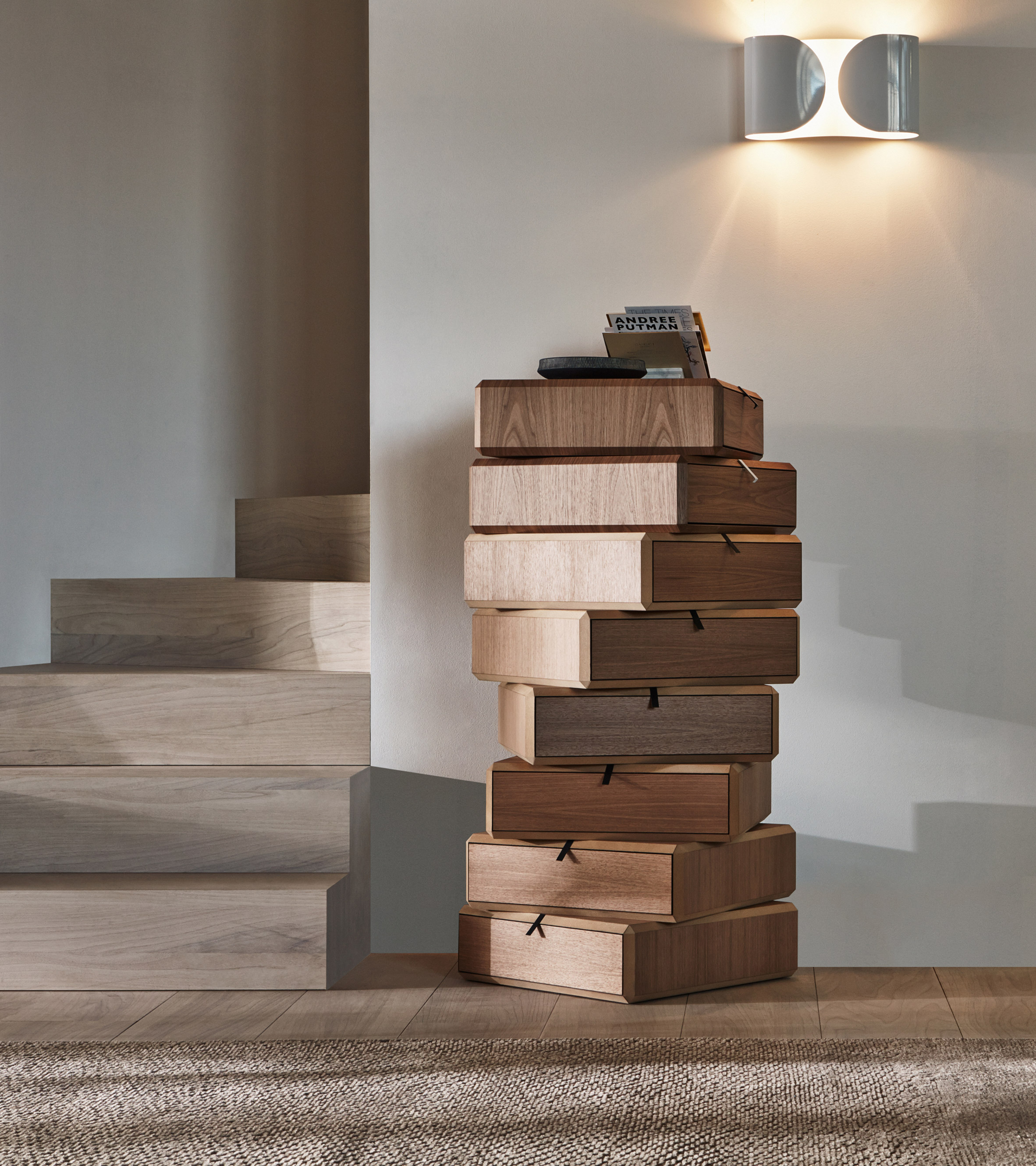 At the time, the brand’s head of marketing and communication, Giulia Molteni, said the appointment would help the family-run company distinguish itself from other Italian brands.

“I think Vincent will give us a more sophisticated look, a bit of northern European minimalism that Molteni needs,” she told Dezeen. 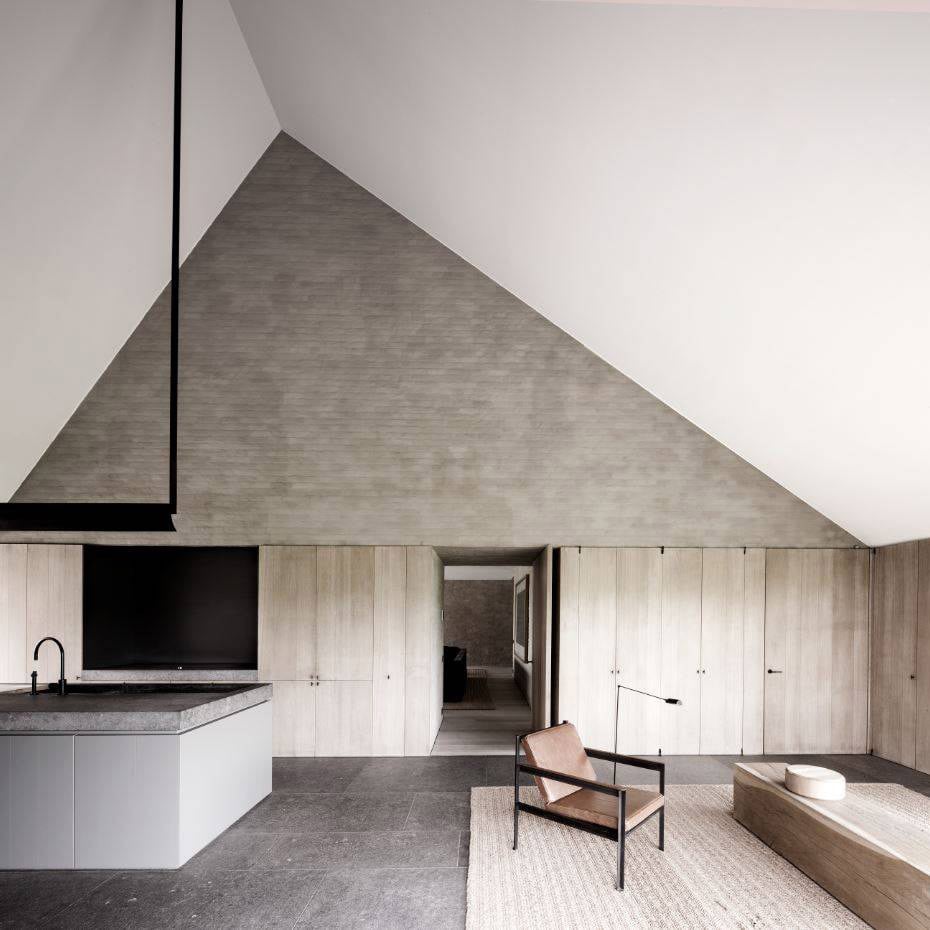