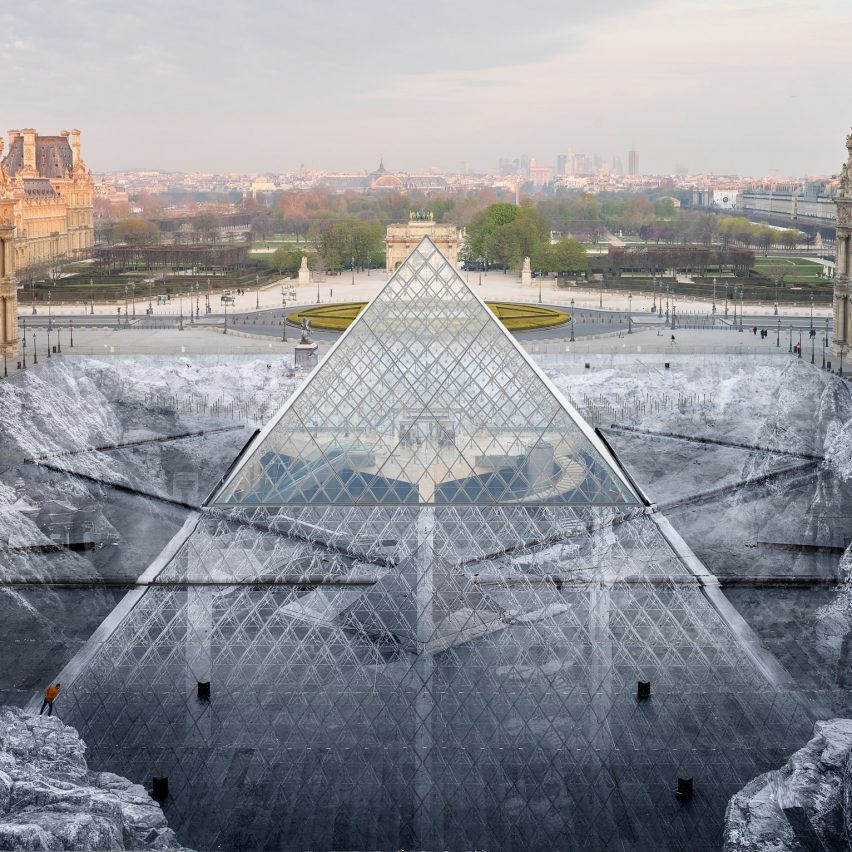 This time-lapse movie shows the installation of street artist JR’s paper trompe l’oeil at the Louvre Pyramid in Paris, France.

Named The Secret of the Great Pyramid, it imagined the iconic building by Pritzker prize-winner IM Pei extending deep below the ground at the Musée du Louvre, in celebration of its 30th anniversary.

Constructed from 2,000 stickers, it was JR’s largest collage to date – but a day later it was left in shreds after visitors traipsed across it.

Read more about The Secret of the Great Pyramid here ›