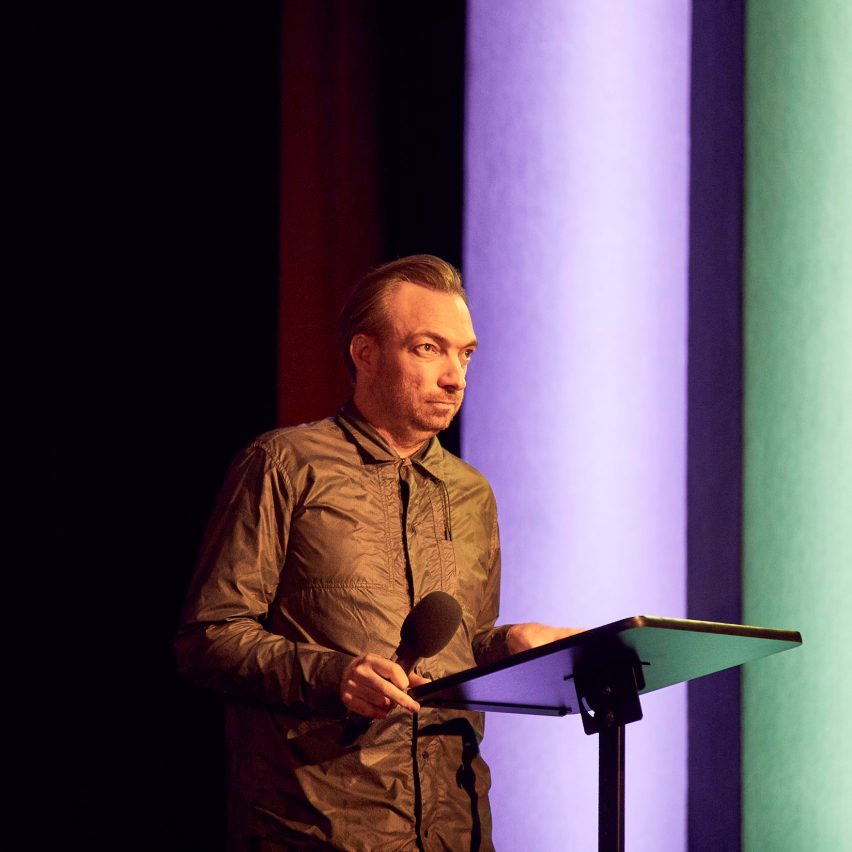 Director Liam Young explains why “we must all actively shape and define” the future with architecture and film-making in this video of his keynote at Dezeen Day.

Young, a film director who calls himself a “speculative architect”, was one of three keynote speakers at Dezeen’s inaugural conference on 30 October.

At the event he explained his use of film-making techniques to visualise the impact of emerging technologies on the future of the planet. 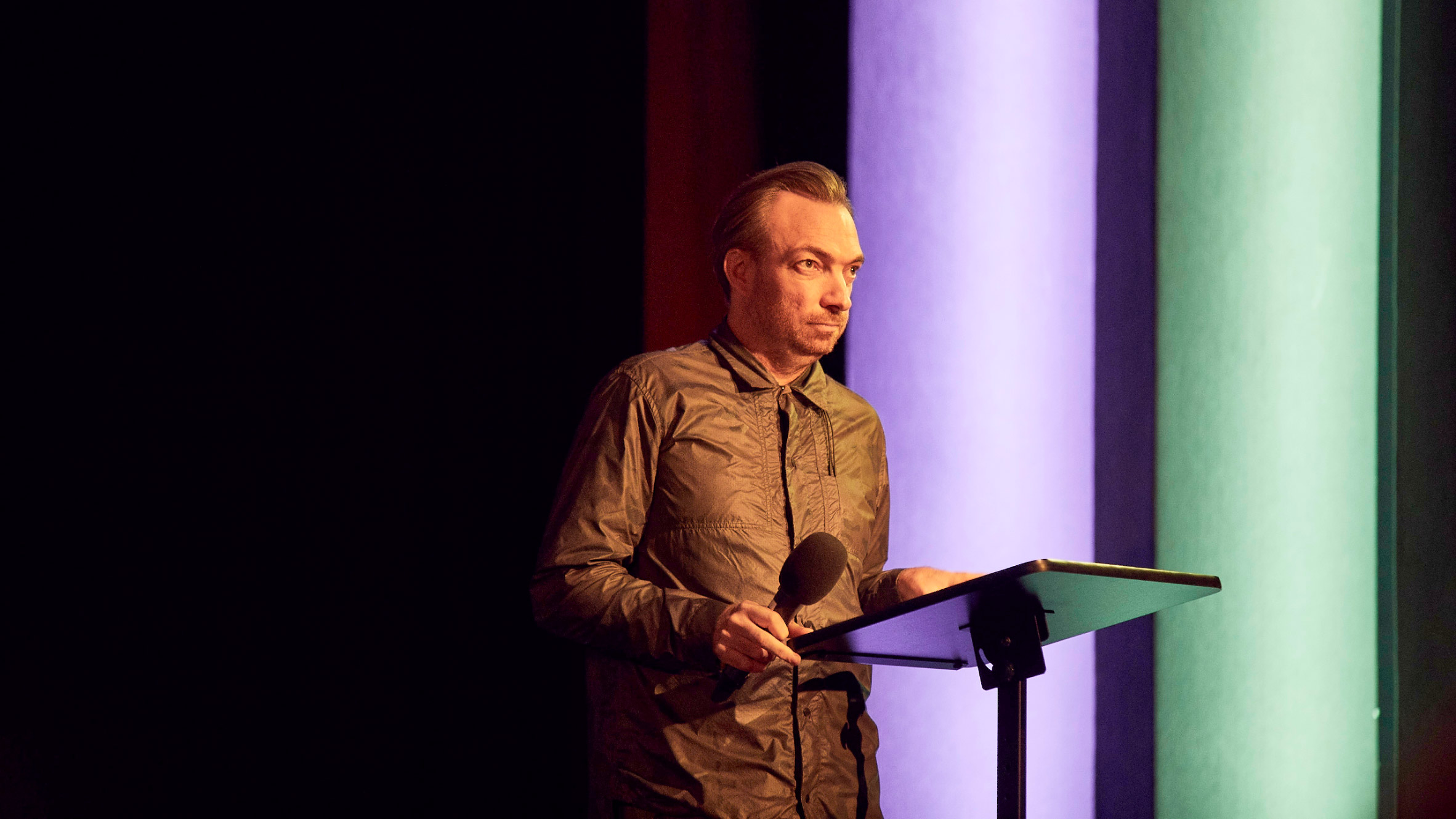 During his lecture, Young explained that prototyping “the subcultural implications of all possible futures” in this way is a one of the key roles of a designer, as it can “help us understand our own world in new ways” and prepare for coming times.

“I don’t design buildings, but rather instead I tell stories and employ the techniques of popular media to explore ideas about the architectural, urban and cultural implications of new technologies,” he explained.

“I hope that by understanding these technologies, and all the various futures that they set in motion, that we may become more critical consumers and producers of our own kinds of futures.” 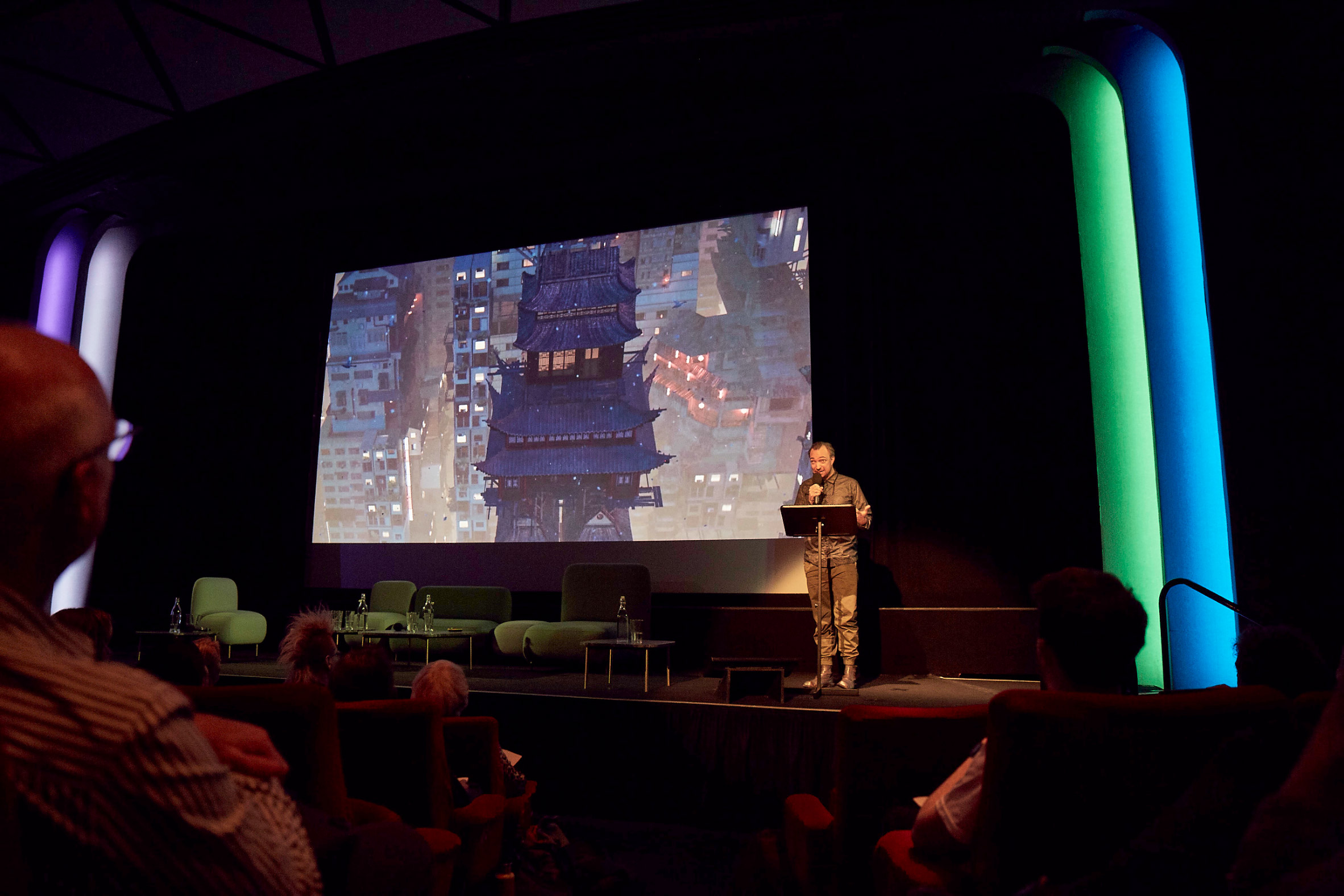 To introduce his ideas, Young began by showing the audience a number of snippets of “other worlds” in the science fiction films that he has directed.

As the films rolled, Young explained that “these types of stories can start helping us ask more questions of the technologies that are going to define our lives, our spaces and our cities”.

“The future is not something that rushes over us like water. It’s something we all must actively shape and define,” Young added, before asking the audience “are we a customer or a citizen in the futures that were designing?”.

Speaking to Dezeen’s founder Marcus Fairs after his presentation, Young explained that his unconventional approach as a designer was the result of an interest in “architecture that had the capacity to effect change”.

“What I was trying to do here and what we try and do a lot with our work is explore ways that as designers, we can use the tools of fiction and speculation to try and preempt what might come so that we’re not just kind of waiting in line for the next iPhone to be released,” said Young.

The other keynote speakers at during Dezeen Day, which was sponsored by Grohe and took place at at BFI Southbank, were Paola Antonelli and artist Alexandra Daisy Ginsberg.

Antonelli argued that our natural world is “fixable, but it will never be the same”, whilst Ginsberg said that a better future might be one without humans.

There were also five panel talks at the inaugural Dezeen Day event. During the discussion about post-plastic materials, designers Arthur Mamou-Mani and Nienke Hoogvliet disagreed over whether or not we can live without plastic.