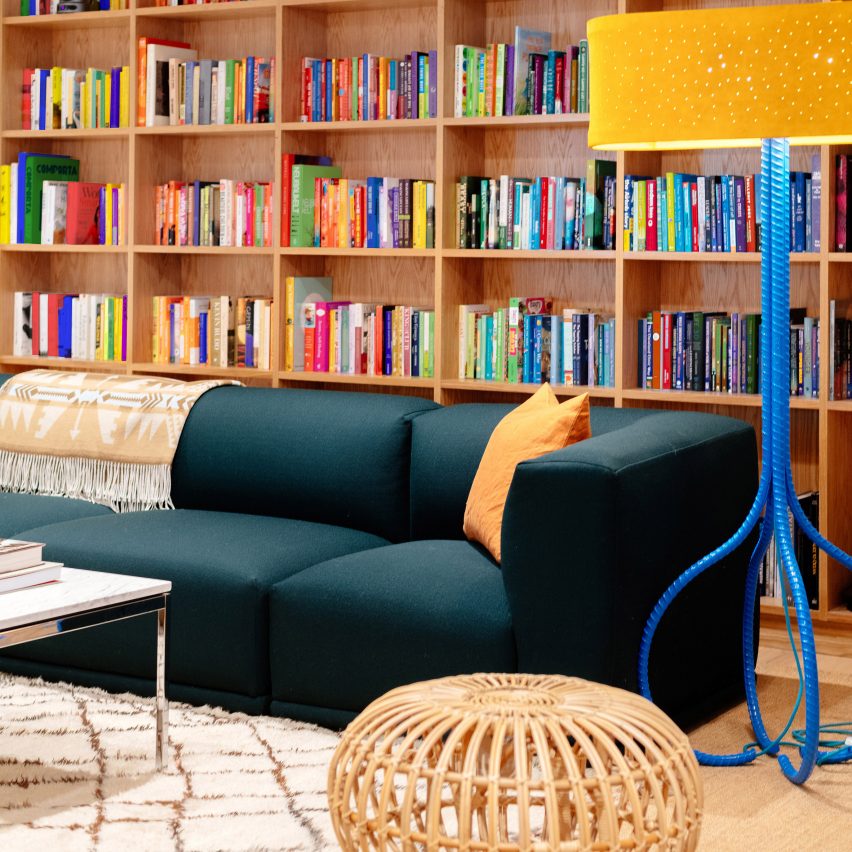 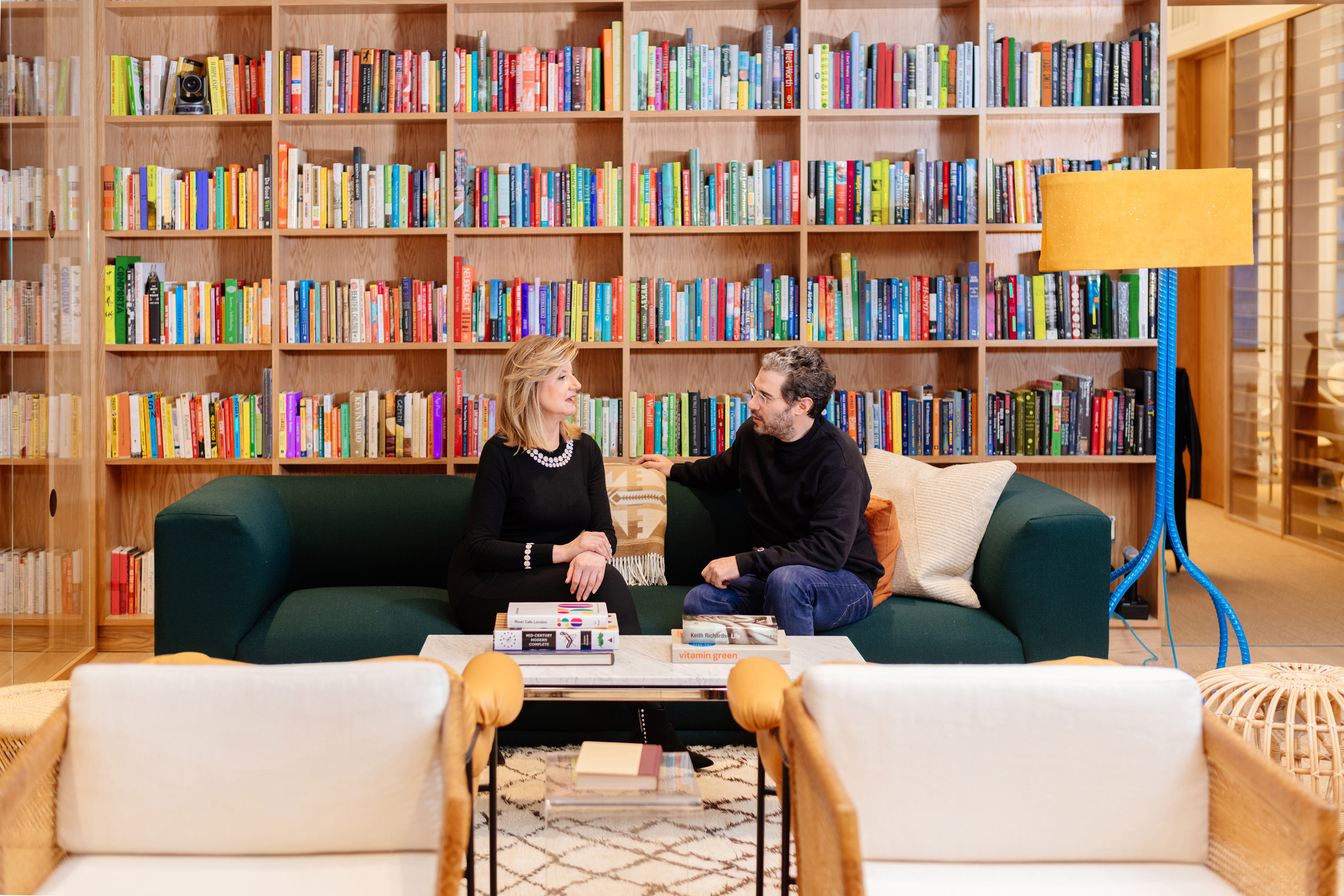 Launched in 2016 by the co-founder and former editor-in-chief of Huffington Post, Thrive Global is a publishing company with a focus on wellness and working life. 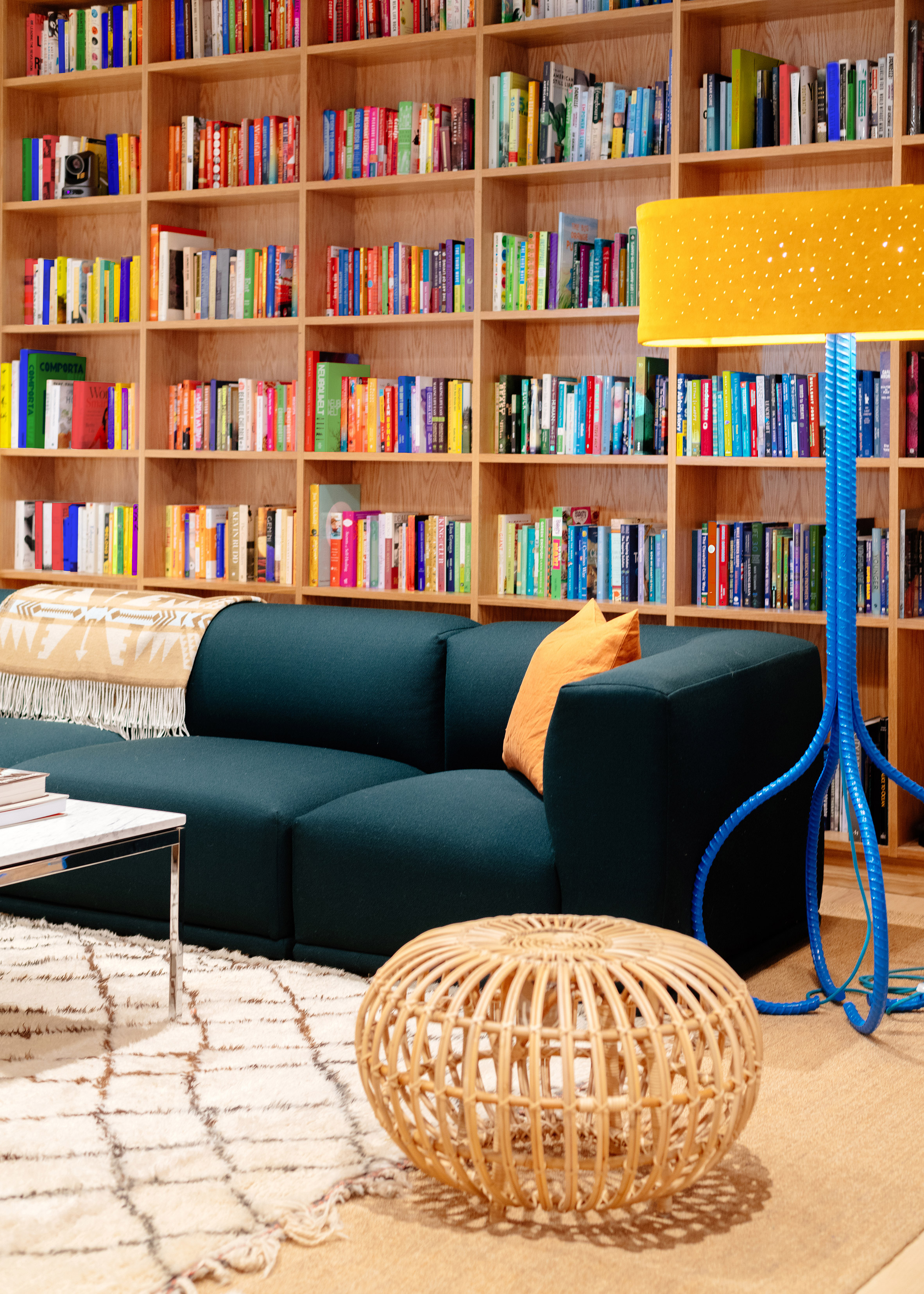 Rebranded as The We Company last month, WeWork now acts subsidiary of the parent company. As well as managing and providing co-working spaces, it now offers design services to companies under the moniker HQ by WeWork.

Huffington collaborated with the company’s chief creative officer Adam Kimmel on the interior design of the headquarters, located on the corner of Broadway and Houston. 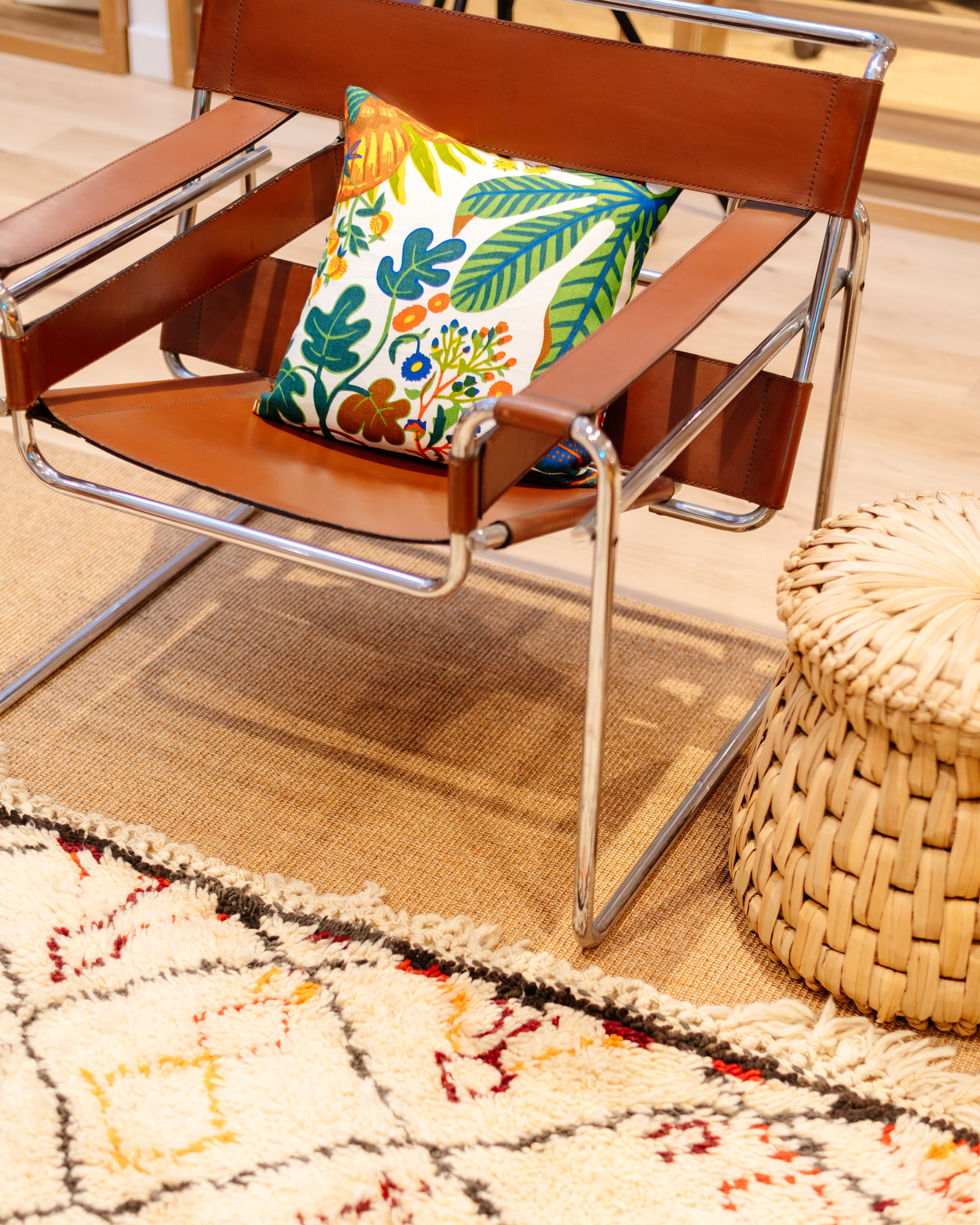 “Huffington and Kimmel’s teams worked collaboratively to identify the main needs for the new space, which included increased flexibility allowing them to expand, a distinct identity reflecting Thrive’s unique culture, the proximity and convenience of the SoHo neighbourhood, and an enriched employee experience,” said WeWork in a project statement.

The interiors are bright with white walls, pale wooden floors, and exposed ductwork and pipes overhead. 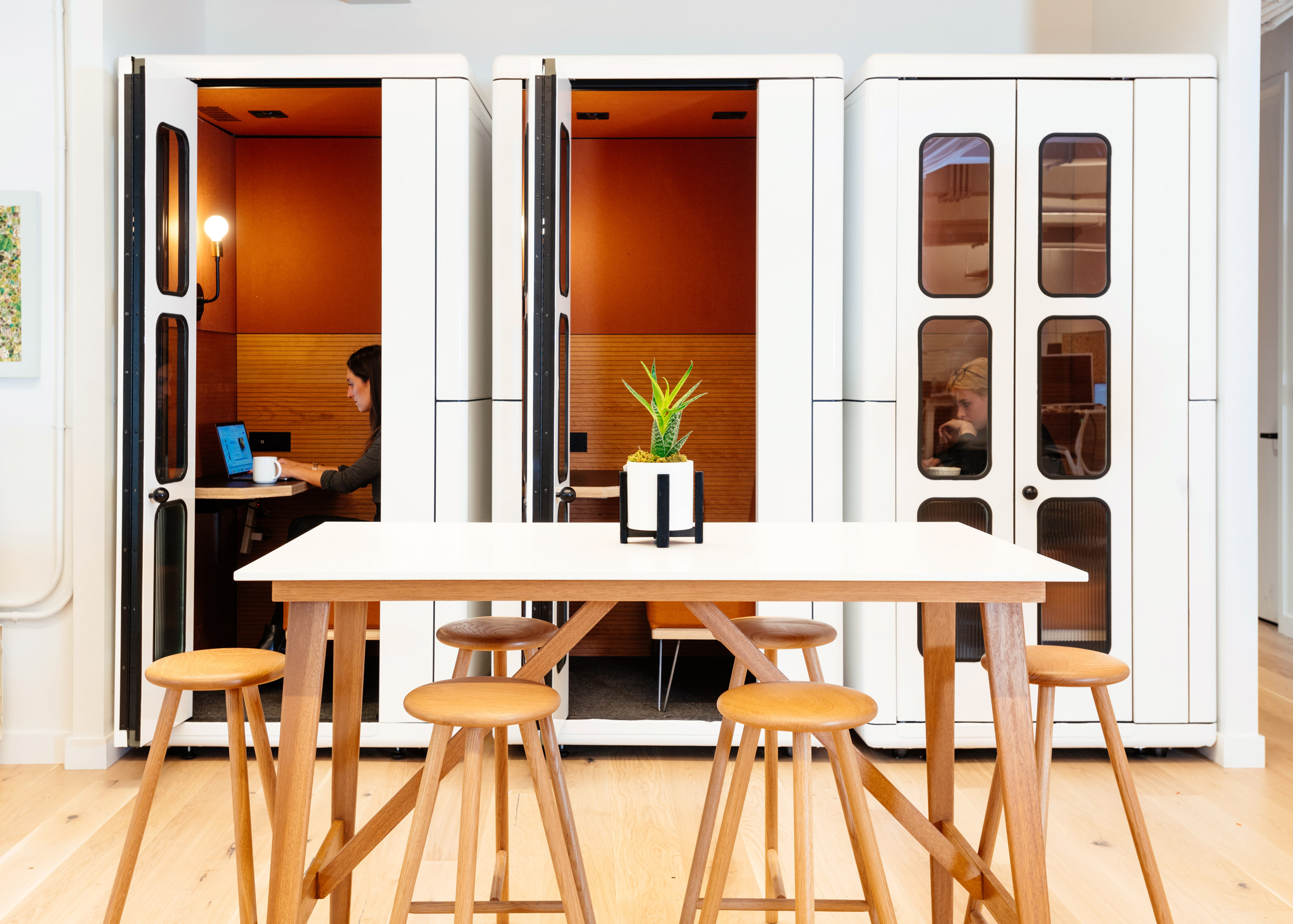 A lounge-style sitting area has a forest green couch and four chairs. Behind the sofa is a large shelf filled to the brim with colourful books, acting as a divider for private offices beyond. A cream rug and a tall, blue lamp with a yellow shade provide accents to this area.

Other furnishings in Thrive Global’s office are a caramel-coloured sofa, a pale brown leather Model B3 Chair by modernist designer Marcel Breuer, and woven touches on baskets and carpeting. “Materials in the office are meant to be relaxed and soft with limited sharp edges,” said the description. 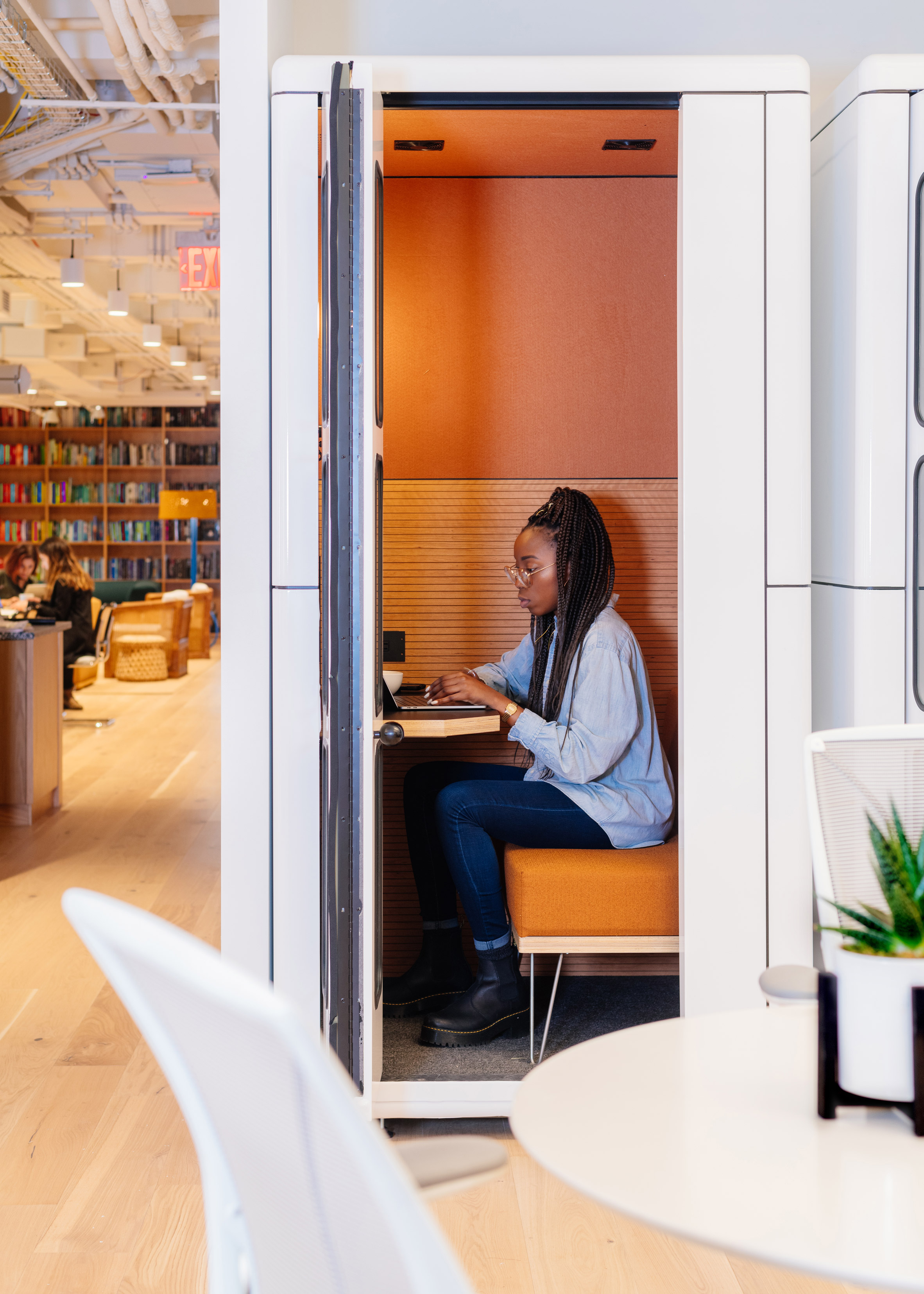 Conference rooms have floor-to-ceiling windows with custom-made louvres. Inside are large marble tables and Breuer’s Cesca steel framed chairs in either cane wood, or pink and red upholstery. 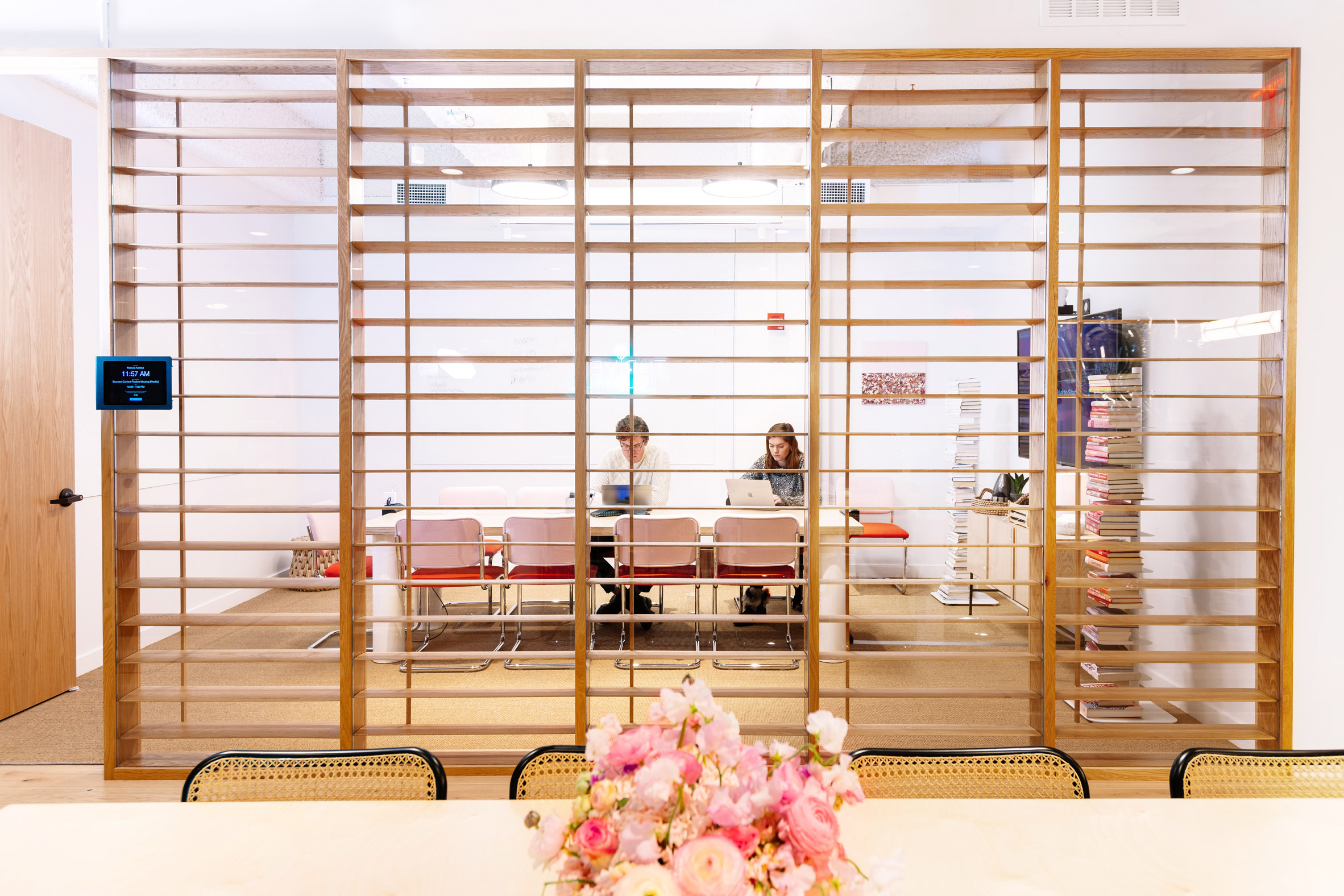 WeWork was rebranded to The We Company last month to better reflect the wider range of services the company now provides.

Other recent developments include a gym, a kindergarten, and a store and public workspace, all of which are located in New York City. 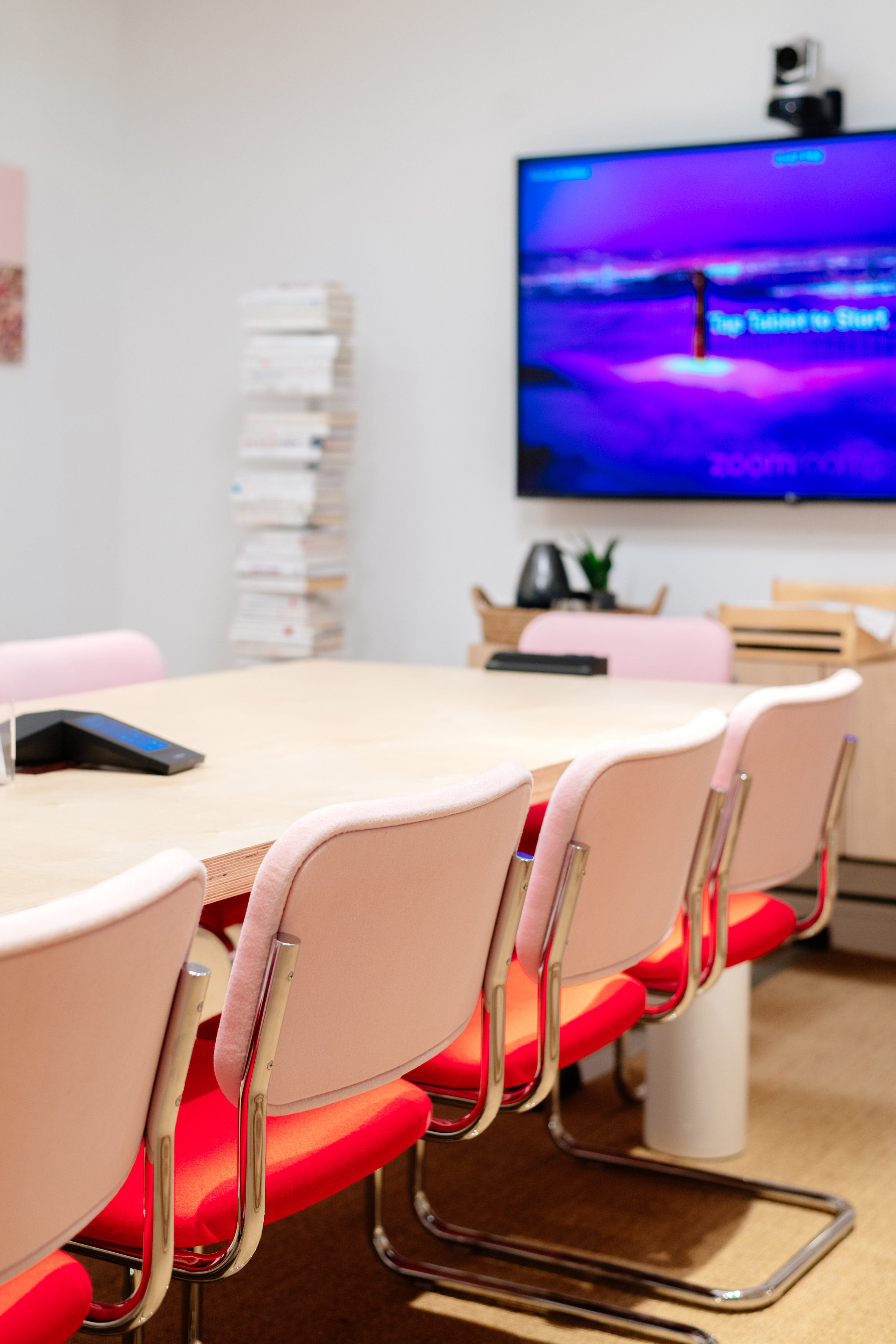 Michael Caton, who leads the architecture team that provides workspaces for its creative startups in New York, spoke to Dezeen Jobs about how he got there, as part of its recently launched careers guide.

Photography is courtesy of WeWork.