Architecture firm Woods Bagot has used “New York City grit” as an aesthetic reference for the interiors of its Downtown Manhattan offices.

Plenty of exposed concrete can be across the workspace, located on the seventh floor of the Continental Bank Building at 30 Broad Street. 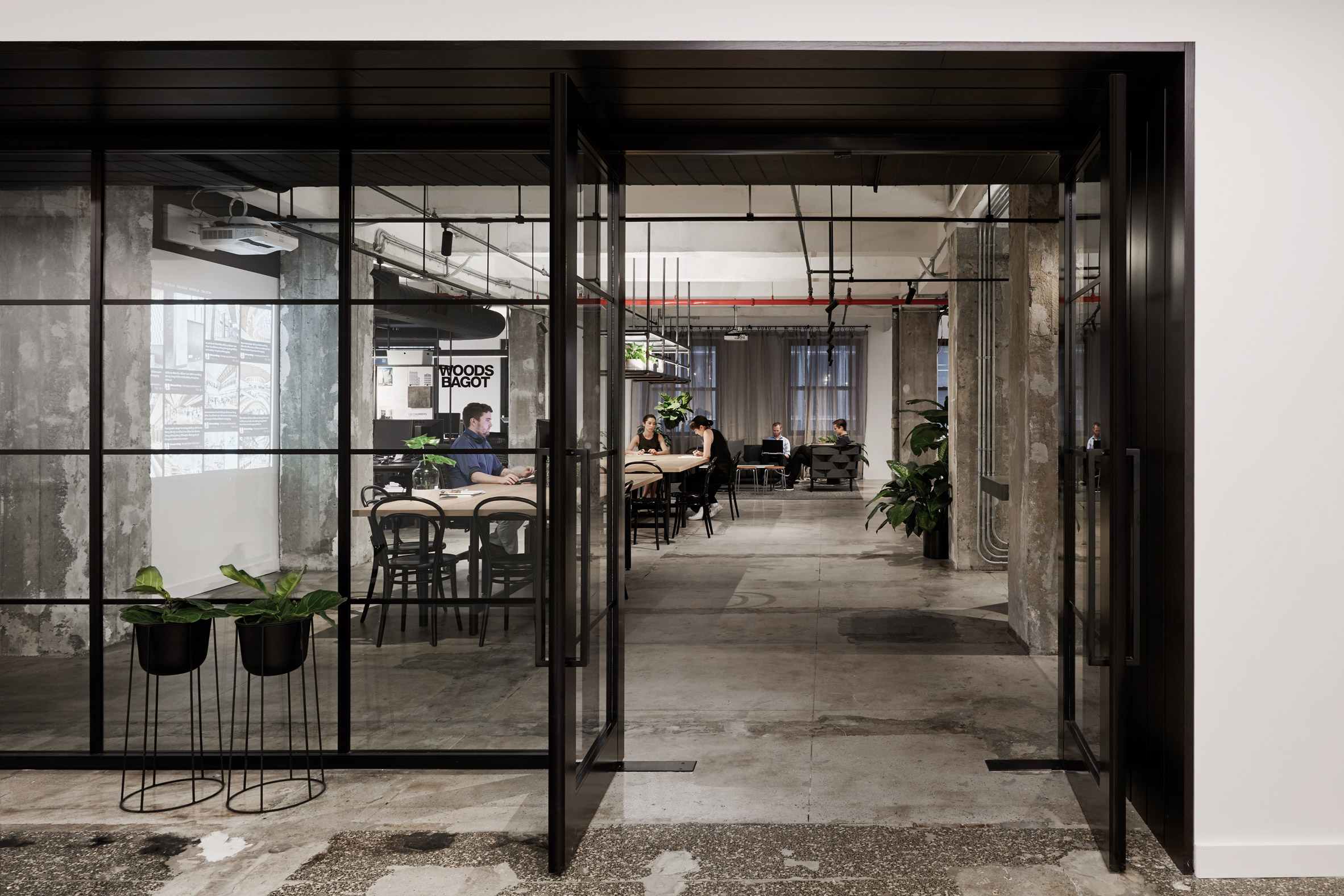 The duo used a palette of black and white, and splashes of greenery, against the concrete to create a look and feel they deemed suitable for its location. 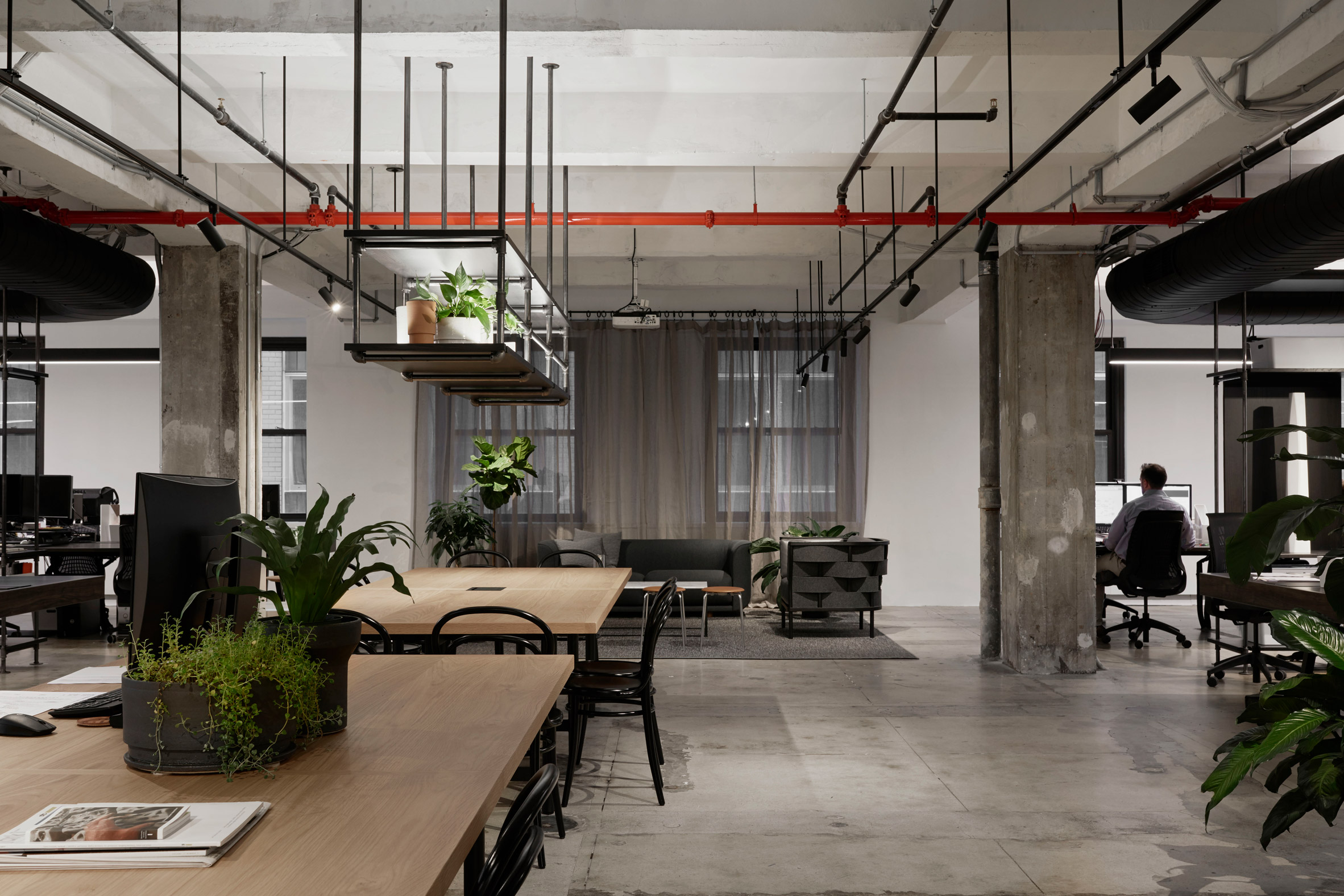 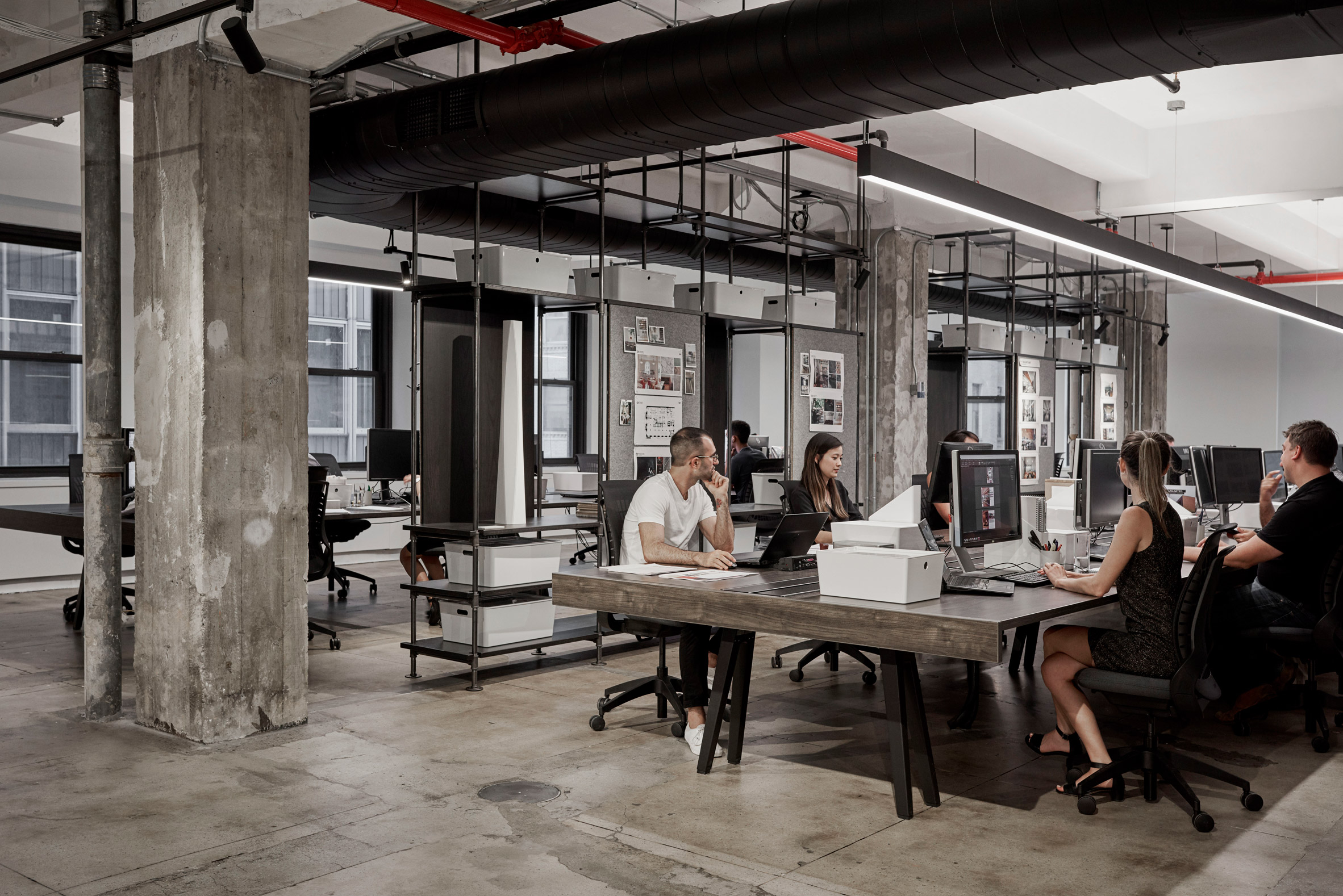 At the entrance, a wall of black-framed glass includes a set of double doors. Beyond, tables topped with pale wood can be used for greeting visitors and casual meetings. Sofas and armchairs upholstered in grey form a lounge area even further in. 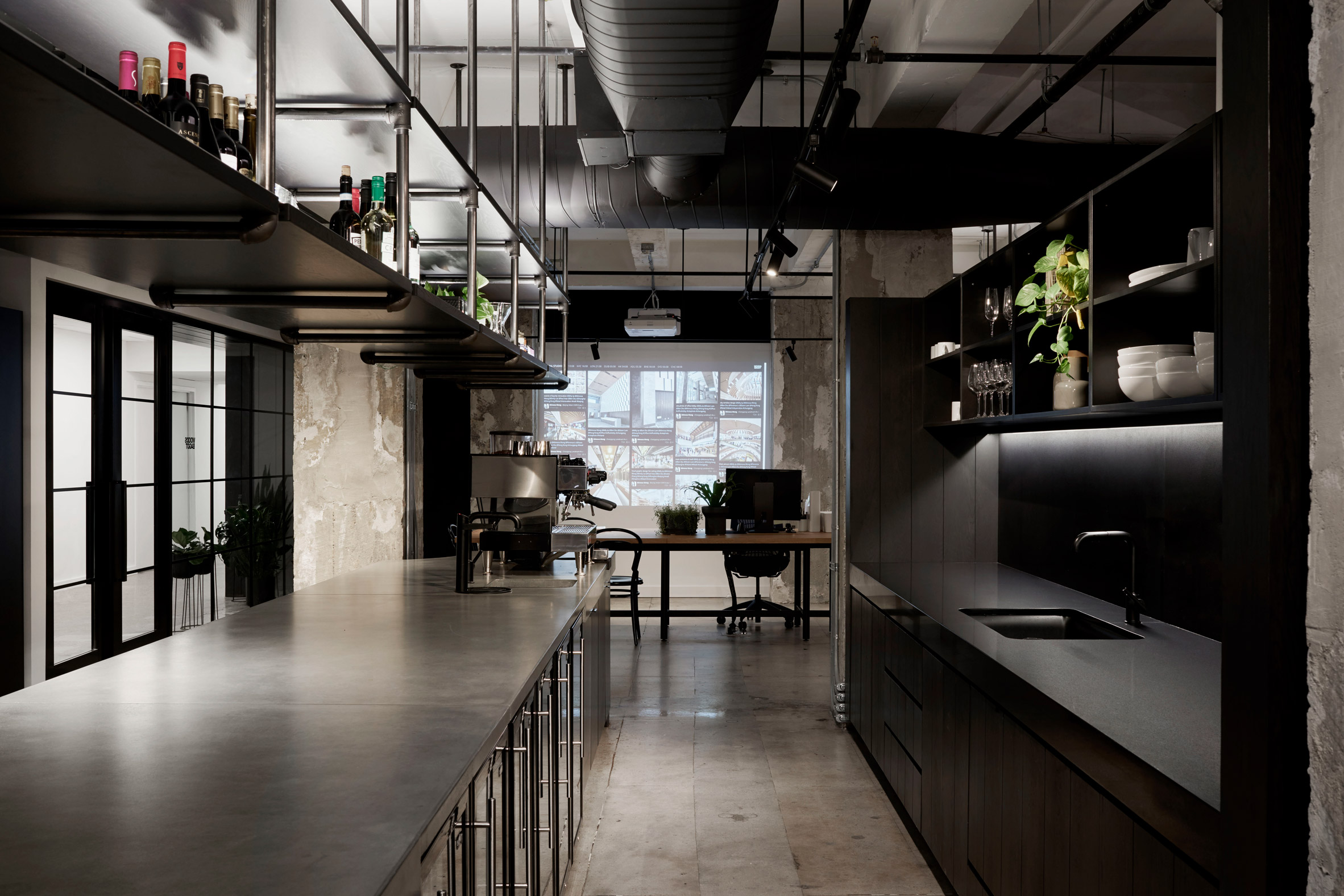 The work areas on either side are occupied by huge tables, large enough for staff to work on desktop or laptop computers and have room to lay out physical drawings. 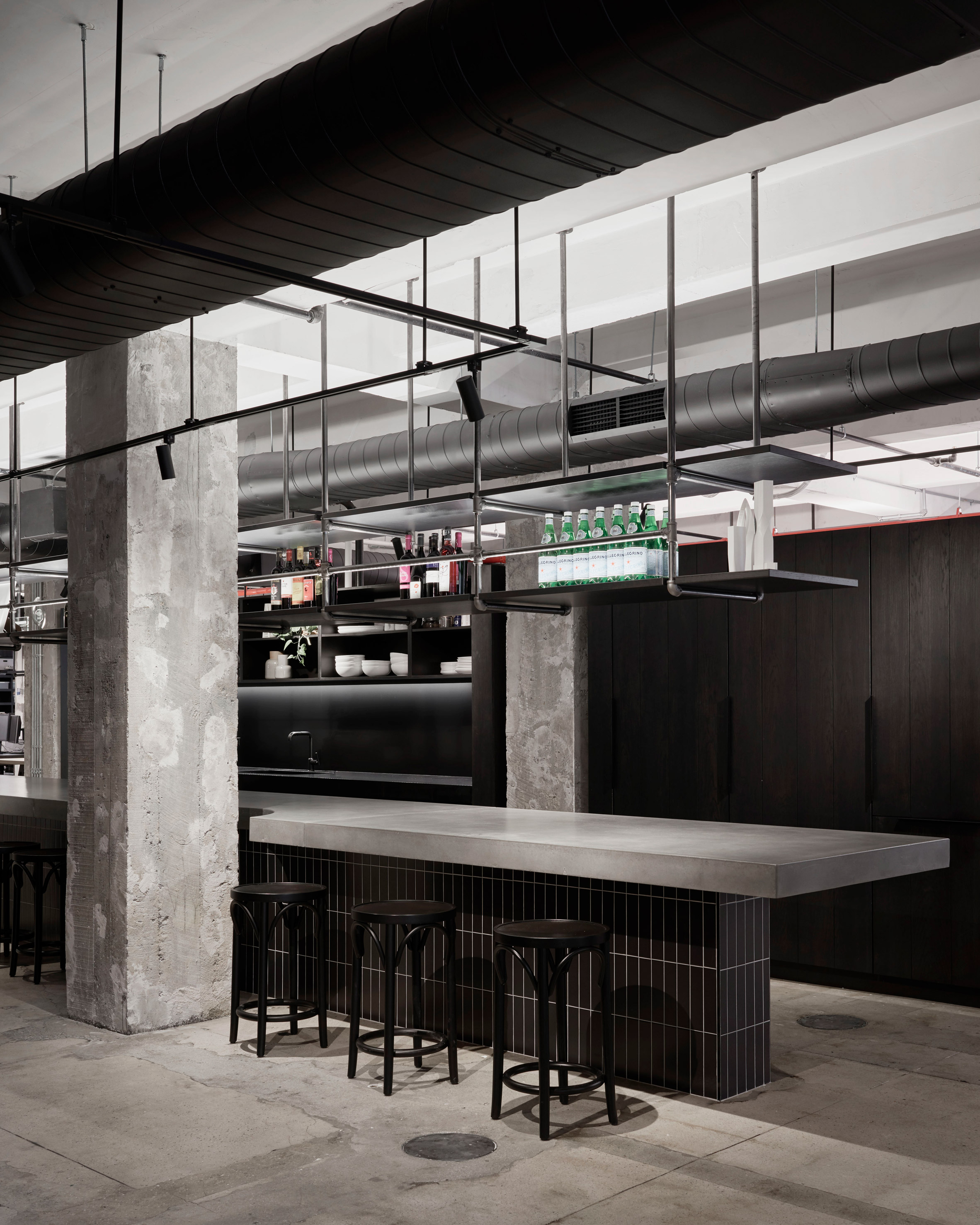 “The architects’ work is central to the layout,” said Woods Bagot. “Throughout, pin-up spaces and shelving showcase drawings and models that provoke everyday conversation, collaboration and critique.”

Similar pipe structures are suspended from the ceiling to hold potted plants above the tables, or bottles above the bar. Exposed ductwork and thin lighting fixtures are also painted black. 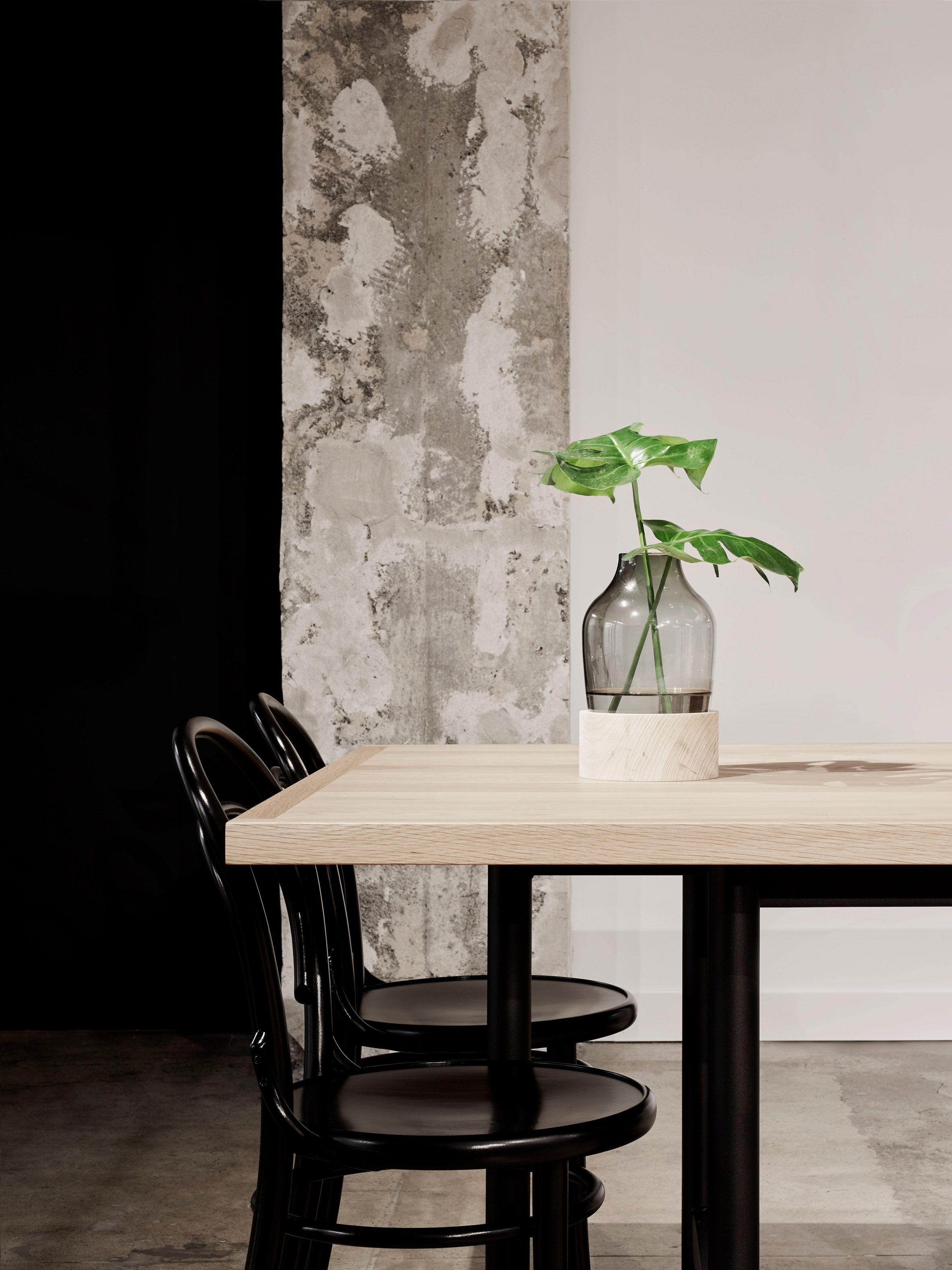 Close to the lobby, an all-black kitchen is placed between two columns – opposite a large counter where employees can eat, check emails, or congregate socially.

An open area can be used for testing virtual reality design and presentation tools, while conference rooms and model-making facilities are tucked away in a corner of the plan. 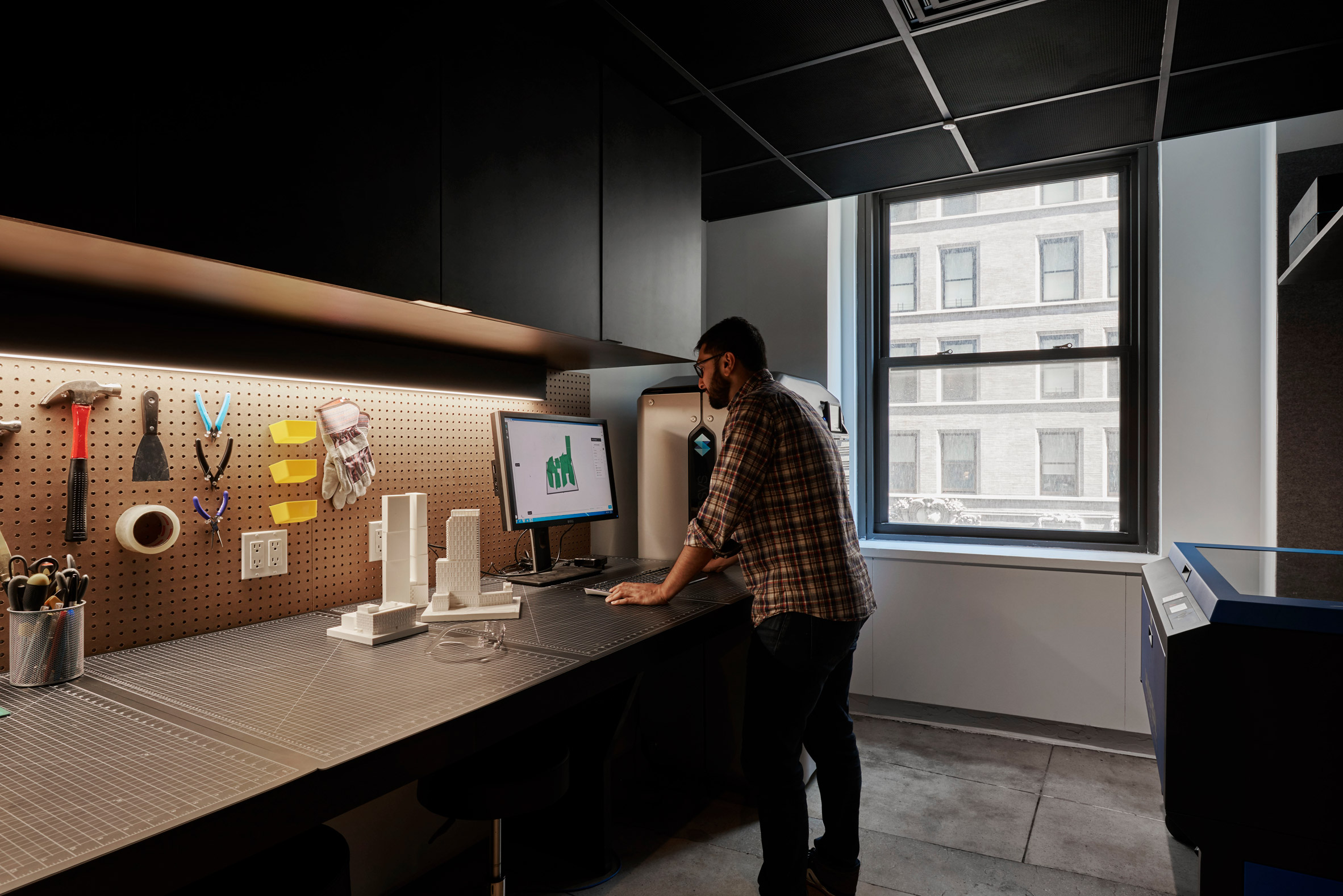 “The workplace is equipped with tools both pioneering and timeless – virtual reality and coloured pencils, 3D printing and flexible pin-up surfaces, video conferencing and soft furniture, and, most important, an industrial-strength espresso machine,” said the firm. 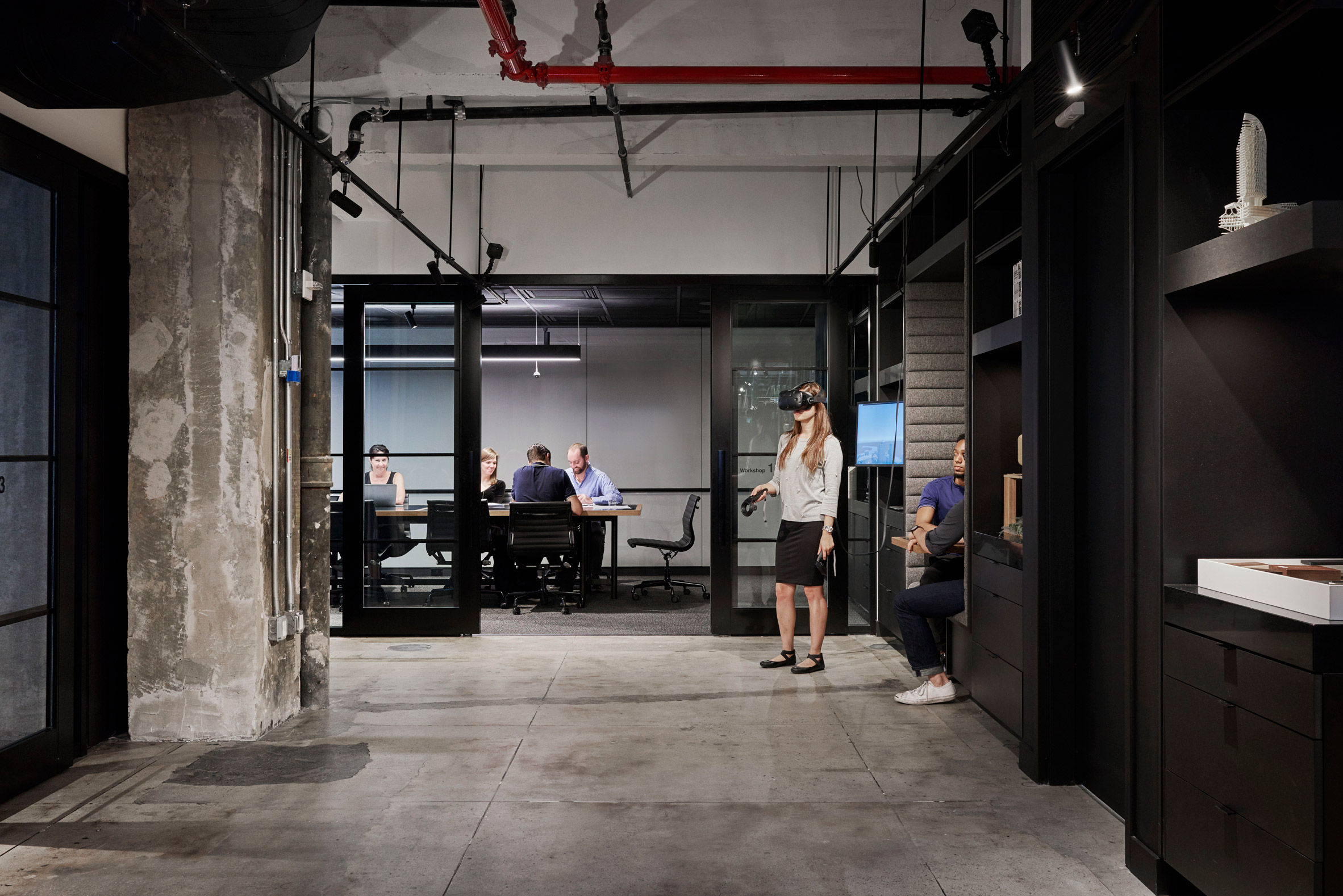 Woods Bagot has been established in New York for 10 years but moved into its new studio in July 2017. The firm operates 16 offices around the world, including a space in Melbourne that was also designed in-house.

Its other projects in the Australian city include a golden tower for Deakin University, a zinc-clad housing block and a brick-and-concrete apartment complex.

Photography is by Brooke Holm.